The Many Exotic Fruits of Colombia

Incase I haven't mentioned this before I have to say that Colombia has a lot of fruits, fruits that I have never heard off or even seen in my life. Thanks to the many varieties of fruits, there are also many kinds of fruit juices to be had and I have been enjoying trying the different juices.

Remember the tour I had not too long ago? well, the guide invited me to another one of their tours which covers some of the exotic fruits to be had in Colombia. The tour is actually called "Exotic Fruits Tour." The company was shooting a promotional video so they were offering the tour for free to a few people, normally they charge for this tour.

I figured it was a good opportunity to sample fruits that I had never tried before so why not? I love fruits and freebies after all. The group within the tour was small and we met up at the metro station before heading to one of the main markets in Medellin for some sampling.

The market was very colorful with all kinds of food produce and although it was busy with people going about their usual business, it was still easy to navigate through. Our guide for the tour bought some fruits and off we went to a secluded area within the market to begin our sampling. 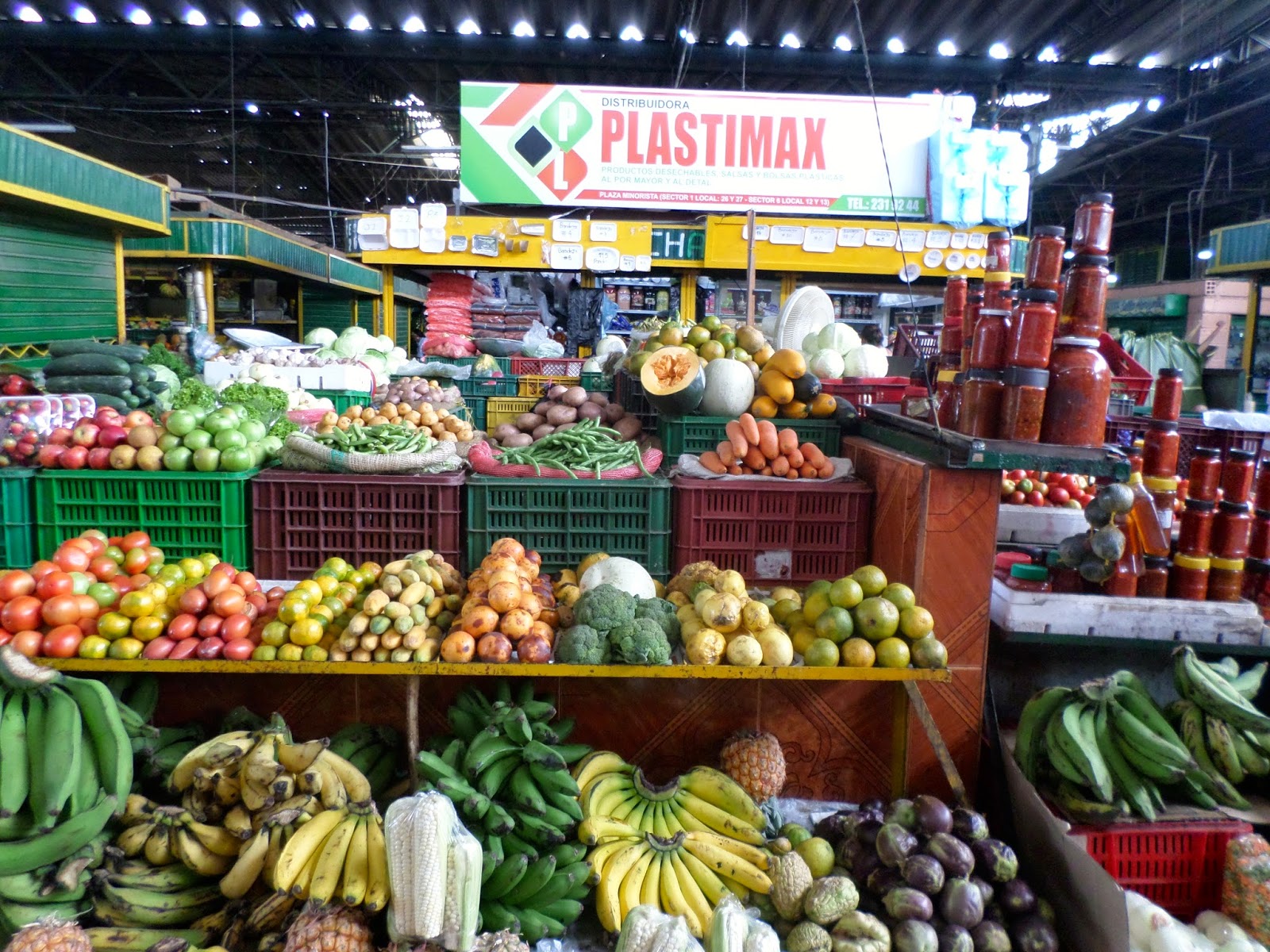 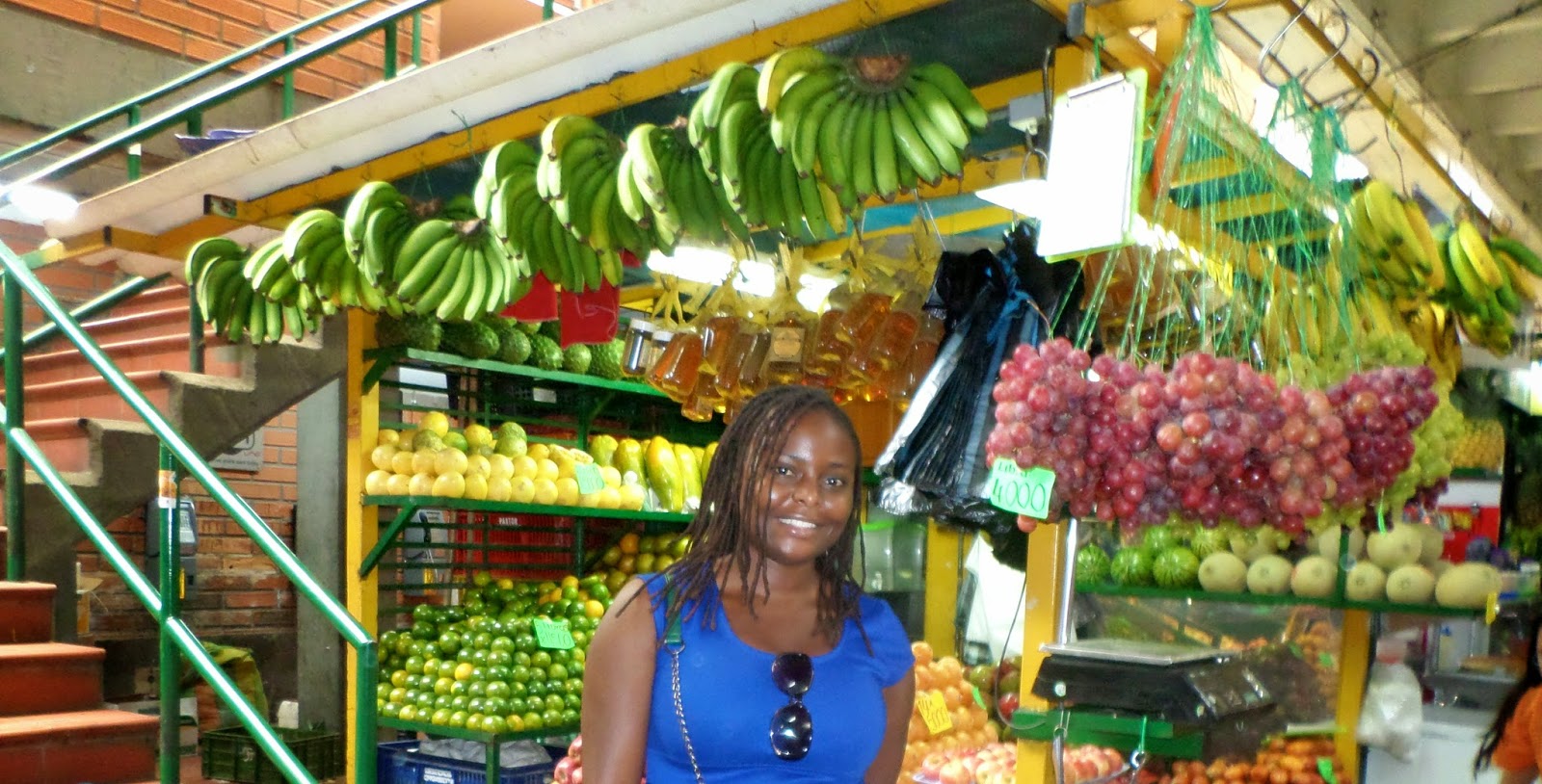 Some of the fruits we were about to sample. 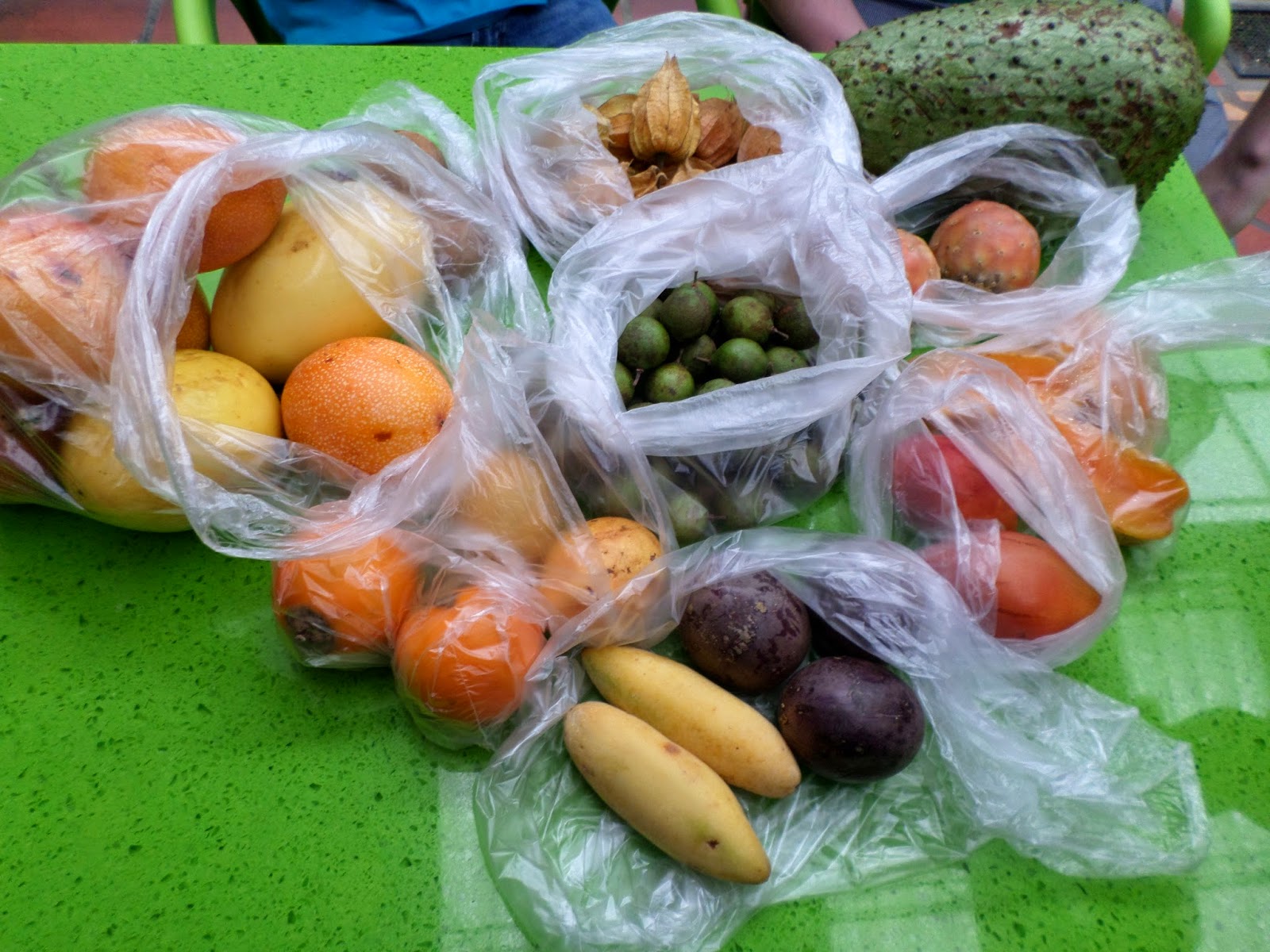 Chontaduro - Looks like a tomato but tastes like a potato, strange really. You can eat it with salt or salt and honey. It doesn't taste delicious if eaten as it is but I found that salt and honey made it more appealing taste wise. Not appealing enough to make me want to try again though. 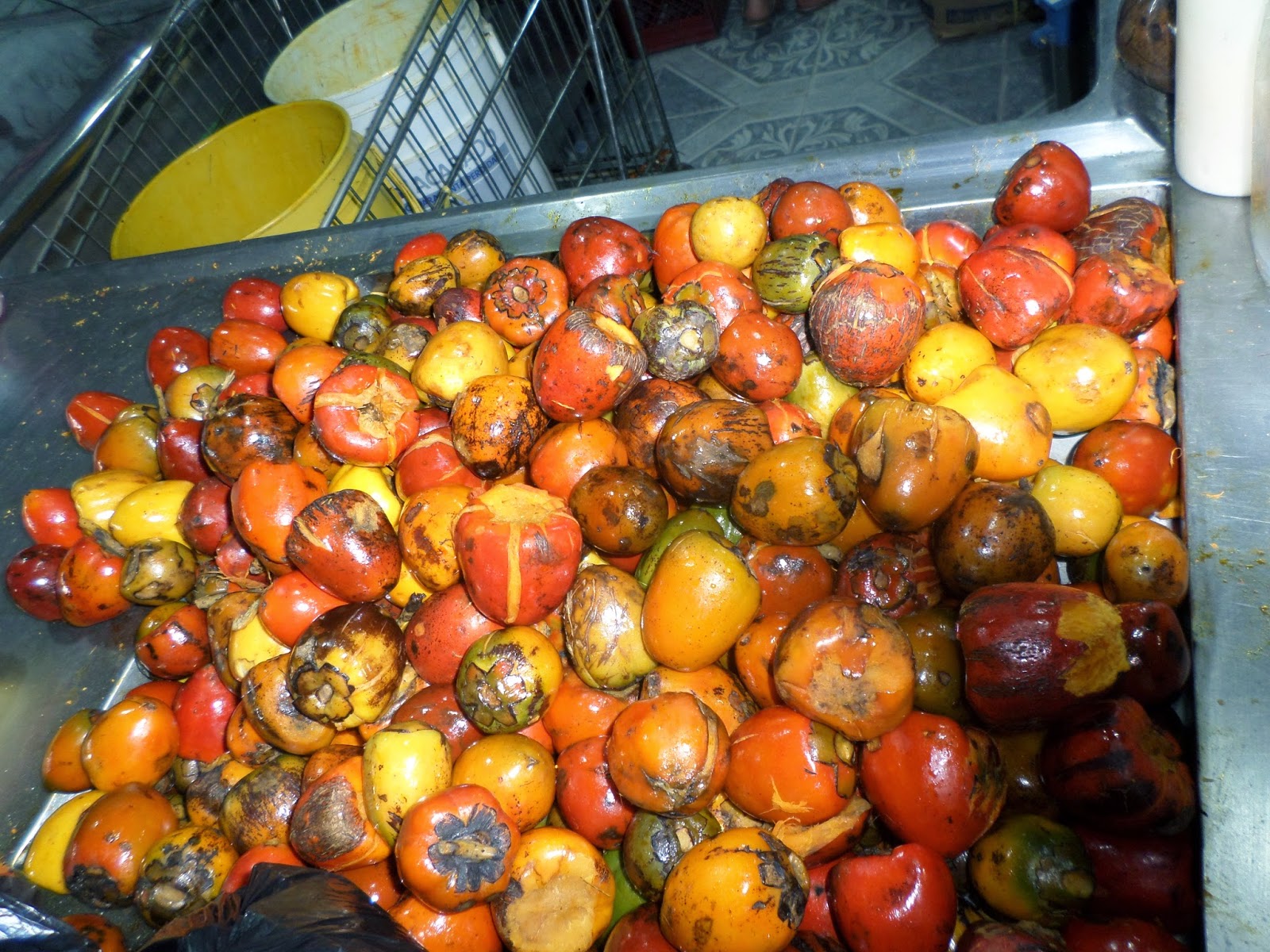 Guayaba or Guava in english - I have eaten guavas before so the taste was familiar to me, I like guavas so I enjoyed eating this. 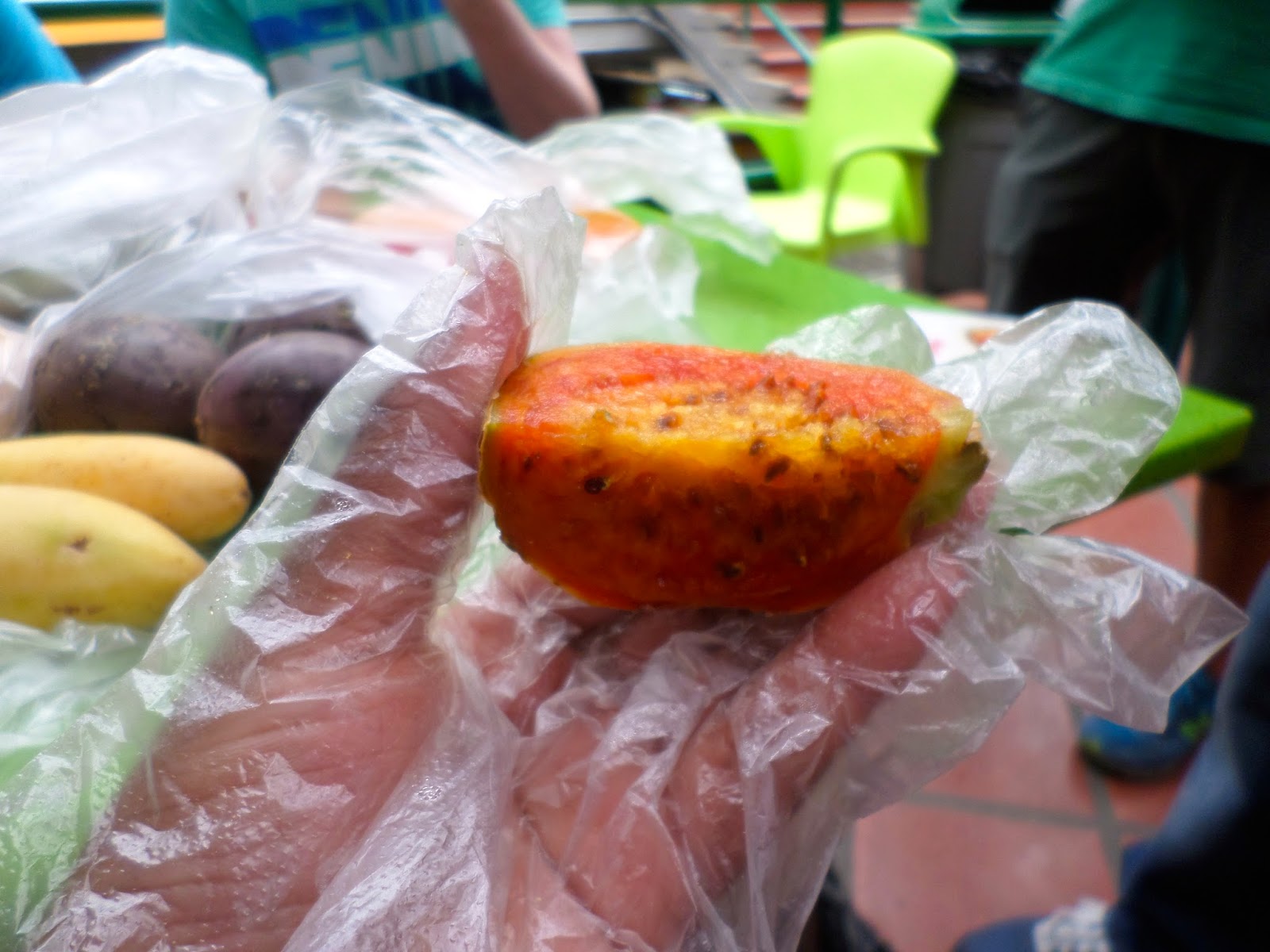 Mamoncillo - It looks like a tiny lime and you would expect it to be sour but nope, it was a pleasant surprise. You have to bite the cover in order to break it then suck the fruit out of it's covering. It has a seed in it's core which you can not eat so you have to try and get as much of the fruit as possible, from the seed with your tongue and teeth. It's actually kind of slippery making it tricky to remove the fruit from the seed. It's sweet and it was one of my favorites. 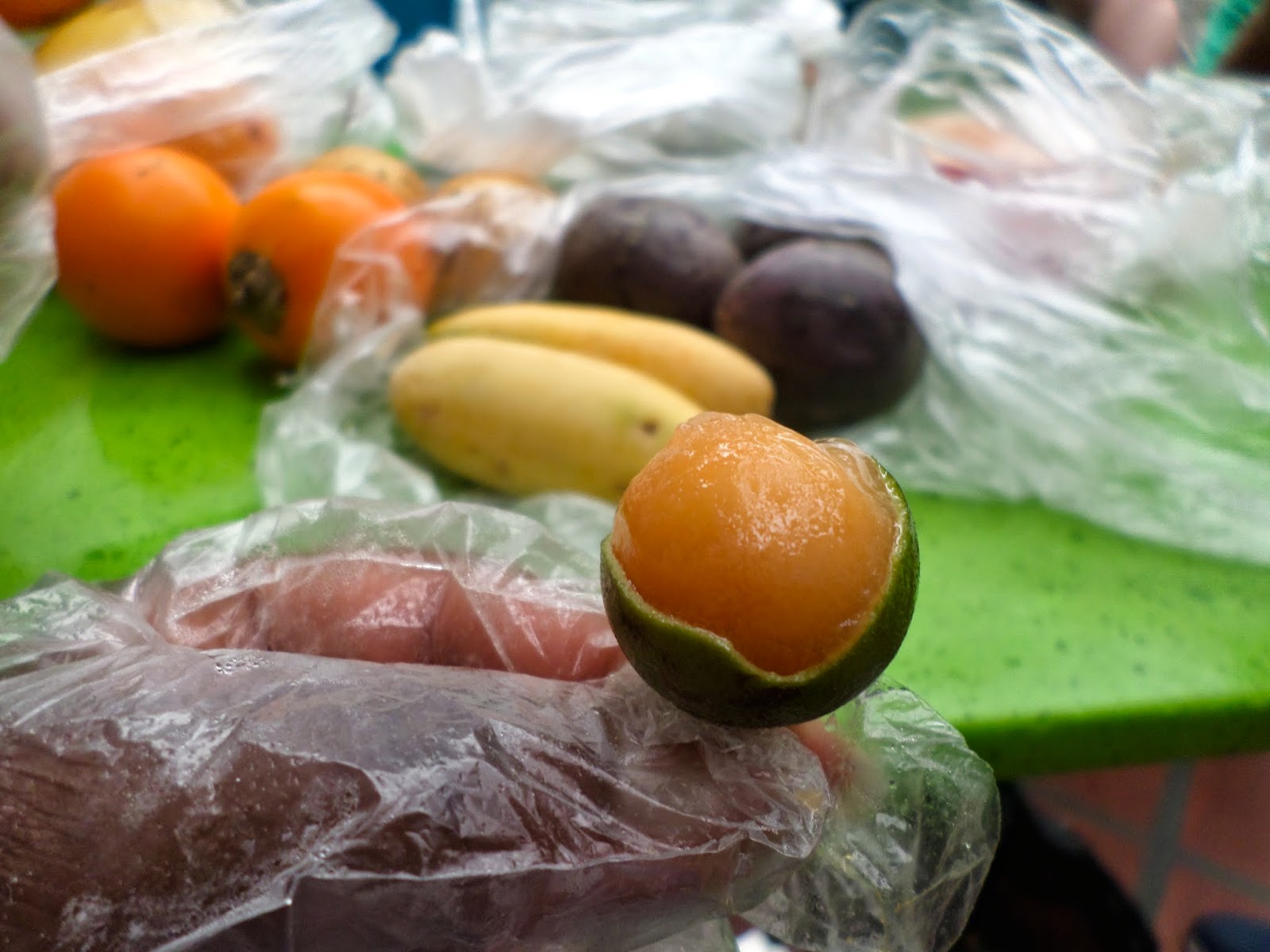 Uchuva - It looks like a miniature orange but doesn't taste like it at all. It's sour and I did not like it at all. Apparently it's used as a chaser when drinking aguardiente, one of Colombia's national drinks. Very strong alcoholic drink by the way. 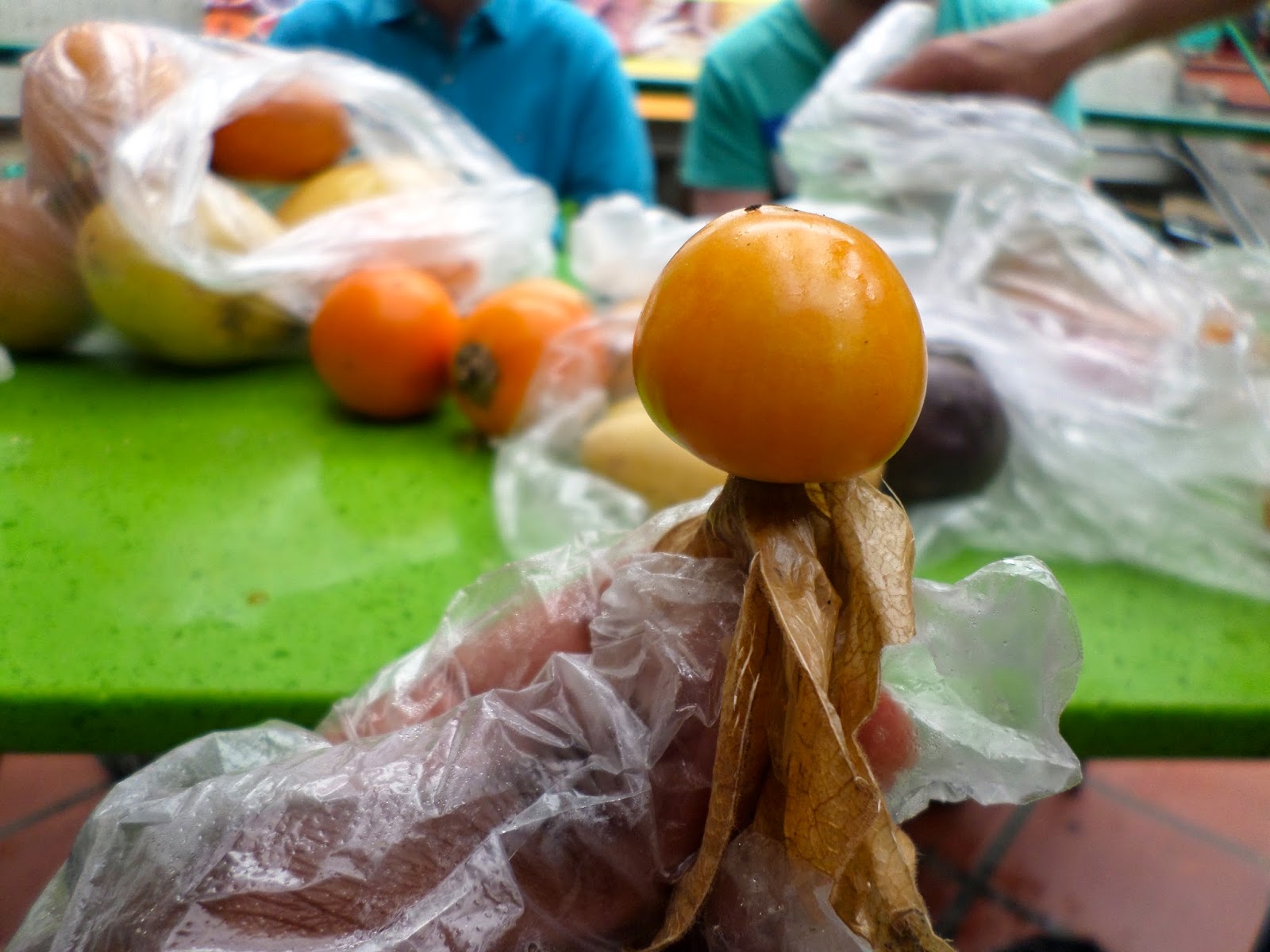 Lulo - This fruit is sour and Colombians don't eat it as is, they make juice out of it instead. The fruit juice is actually really good because of added sugar and it's common in a lot of places. You will find the juice in many restaurants or homes. 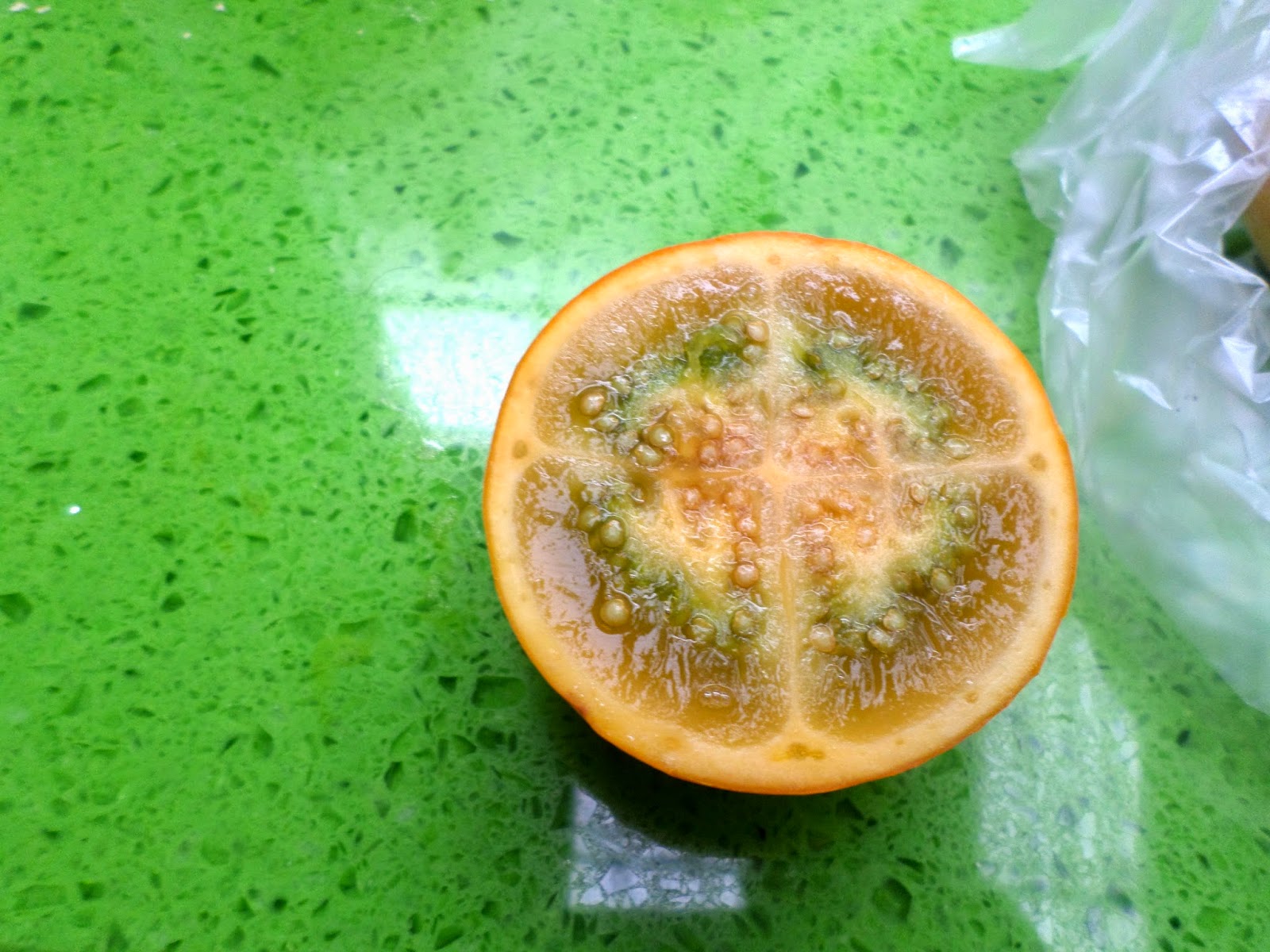 Did you think there was only one type of passion fruit? wrong! we actually got to sample three different types, each with a different taste.

Curuba - I didn't like this as much, it was sour. 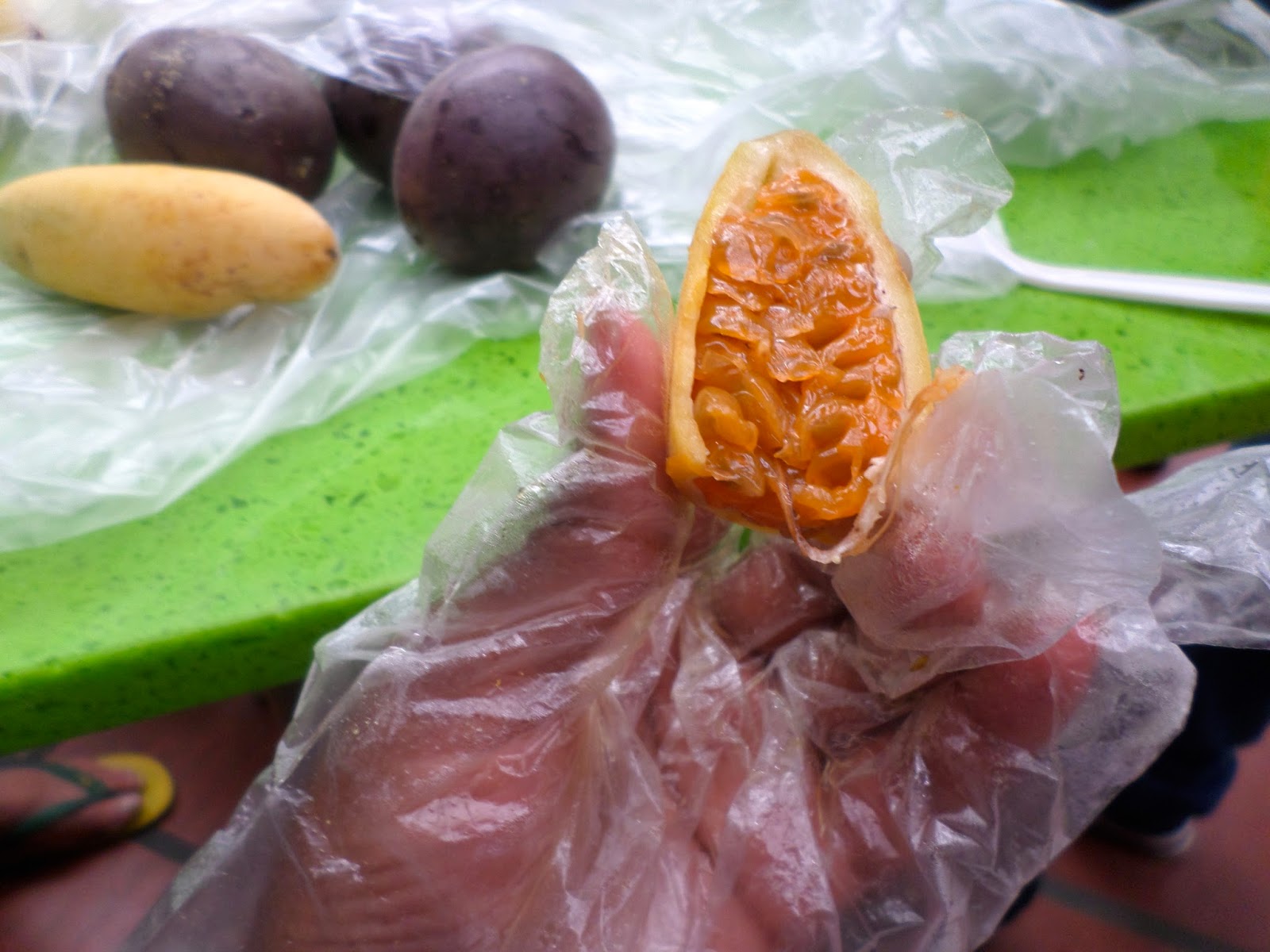 Gulupa - It's a bit sour when not overly ripe but if you get one that's really ripe it tastes good. In Kenya I grew up eating this so i was familiar with the taste. When the fruit ripens the cover appears shriveled up, I prefer eating it in this state because it's sweater. 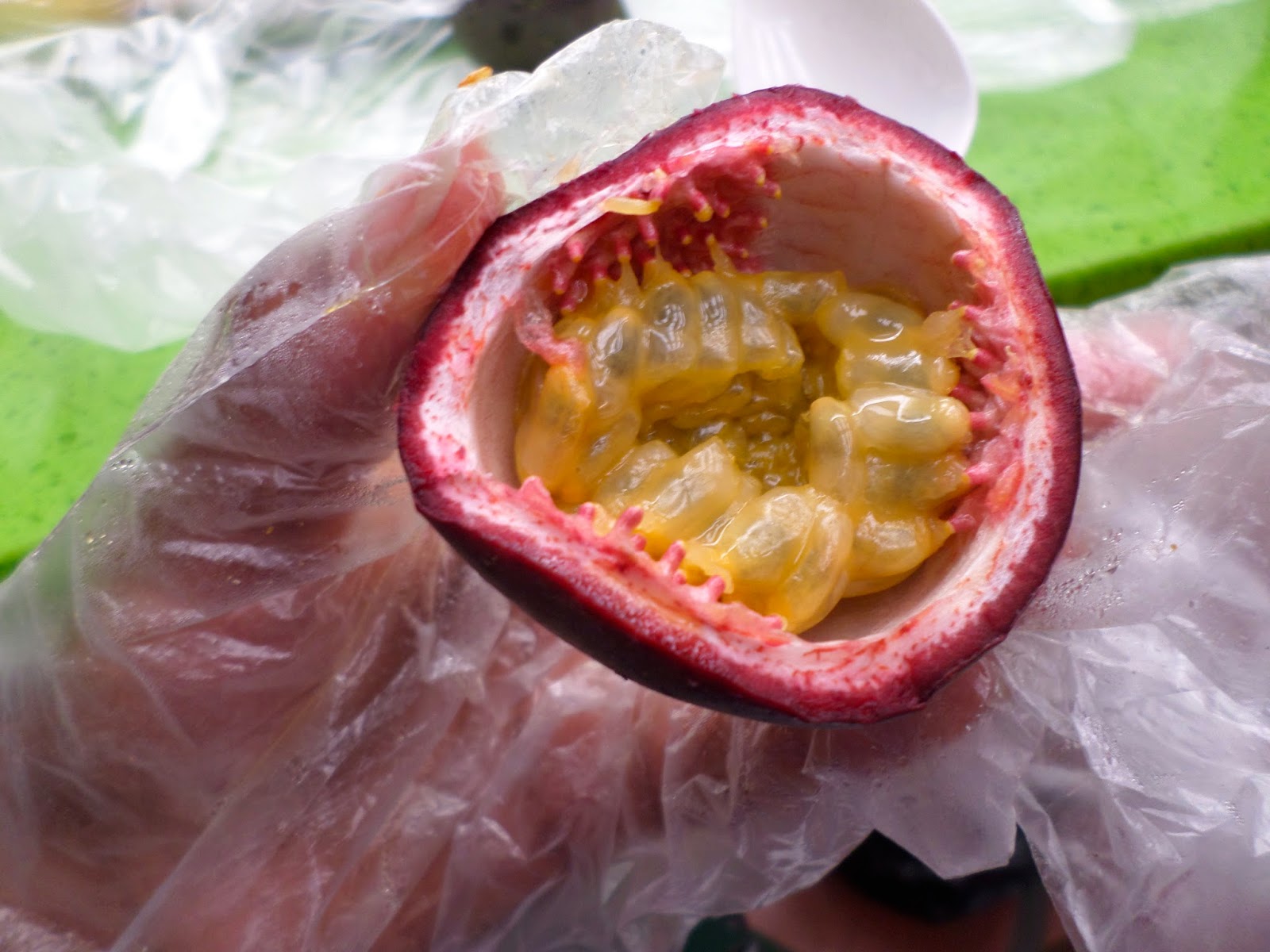 Granadilla - My favorite of all passion fruits, it's really sweet when ripe but can be sour when not ripe. 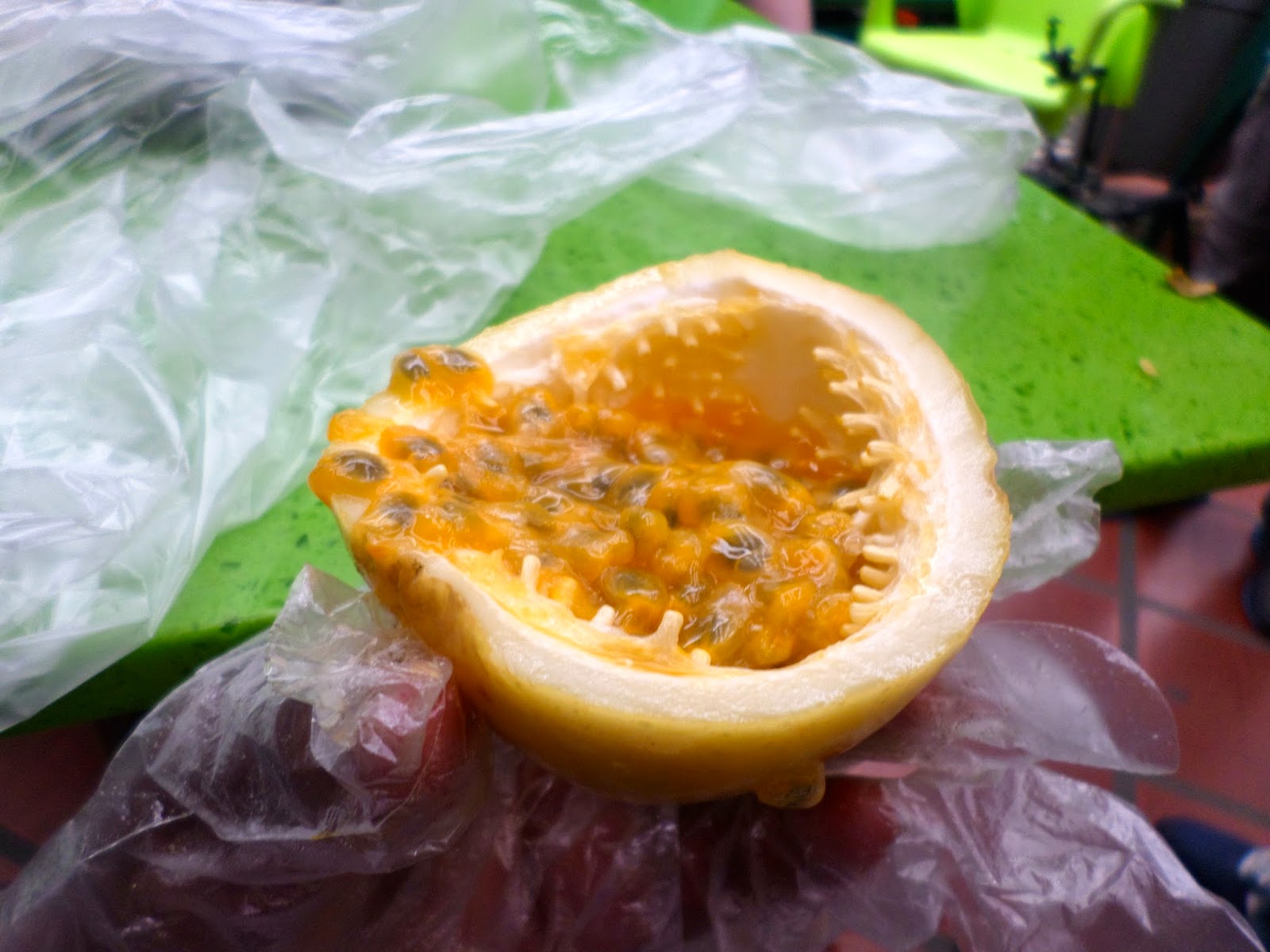 Guanabana - This fruit surprised me, it was sweeter than I expected and soft. Unfortunately I did not get a better shot of the fruit, it was very juicy. I have drank juice made from this fruit and it's delicious when served with milk. 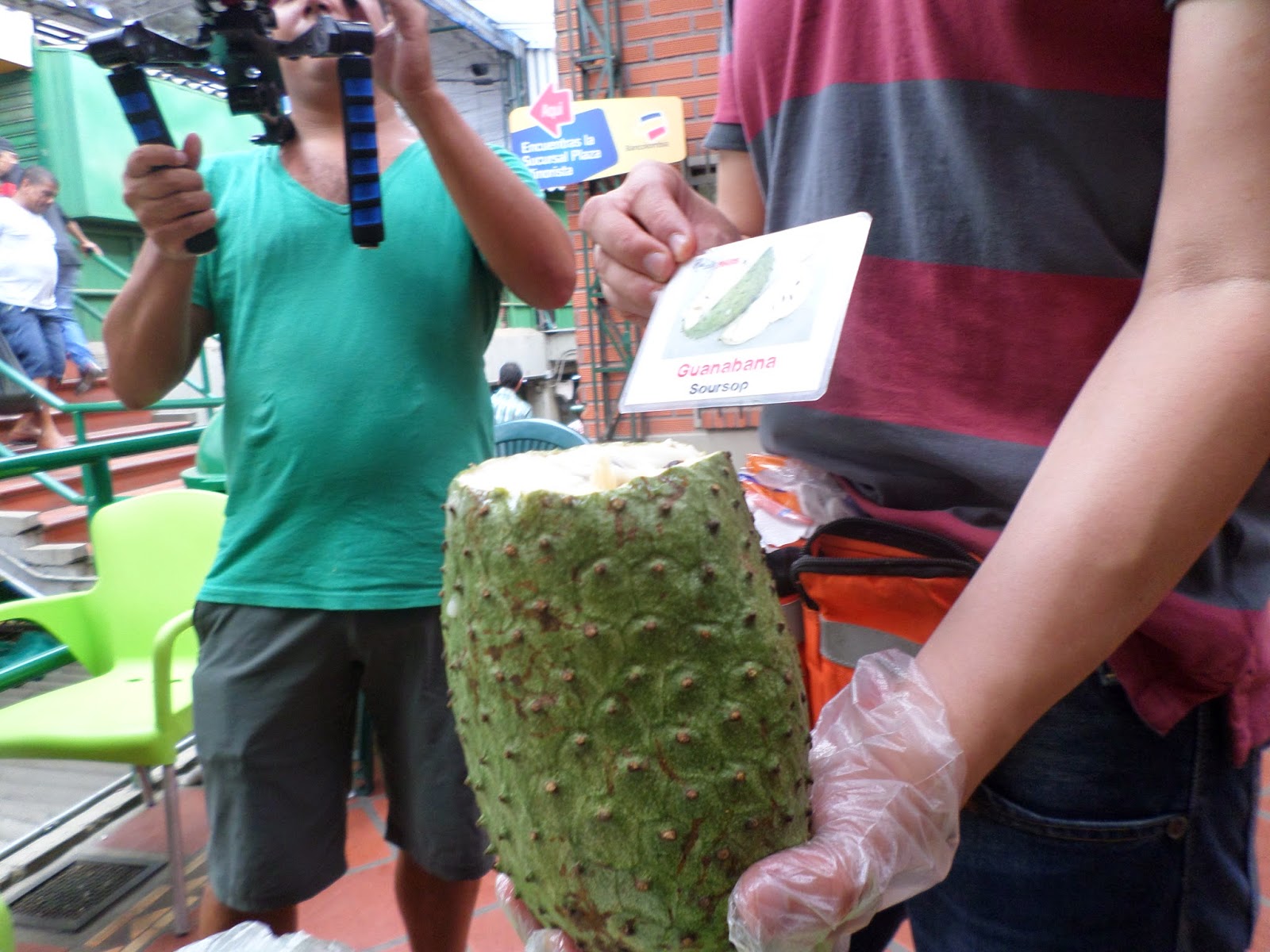 That's it folks, in total we sampled about 22 fruits. Yes you heard that right, 22! and there were many more fruits that we did not get to sample if you can believe that. An interesting fact I learned is that a lot of the fruits are not eaten as they appear, they are instead used for juice which makes the taste better.

I have a huge crush on someone, I am talking "smiling like a fool whenever I think of them, which is like all the time and counting hours till we can hang out" type of crush. It's making me re-think my dating stance while traveling through South America. This can not be good, can it?

I miss the diversity and rich salsa culture in Cali. In Cali I feel like I belong in a way that I don't feel here in Medellin.

If only Cali would have Medellin's weather and metro system.

I am not sure if it's sunburn related but my foot has been peeling really bad and looks horrible! I hope it's not something else.

I don't know why but the Spanish school I go to here in Medellin is full of men, way too much testosterone. I have yet to see another female student.

I never realized this until today but I actually have come to know quite a bit about Medellin. Today I met this new student in class and I was showing him how to navigate this city and I felt like such a pro. I was so proud of myself.

When traveling long distance by bus here, you best wear some warm clothes because the air conditioner is cranked up pretty high so it feels really cold. Same case at the movies.

At the movies here, seats are assigned to everyone so you can't just seat anywhere.

Sometimes you meet someone and you have such an amazing time together that you think it's the beginning of something, be it friendship or more. This can go either way, you can either become really good friends/or more or go your separate ways without so much as exchanging any contact information. I have learned to enjoy people for the moment and not assume anything will come out of it, if it does well and good but if it doesn't I don't take it personally.