My husband and I took a short weekend trip to Seattle to get a taste of what the city has to offer. This being the year of traveling more within the US, Seattle is one of the cities that I have wanted to visit for the longest time so I was more than excited to check it out and cross out yet another "would love to visit" city off my wish list. Two days isn't much but I figured it's better than nothing so with that in mind, we focused on the highlights of the city.

A public market that's been in operation since 1907 and located in the heart of downtown Seattle, this is where we decided to start our adventure. The place was packed! not just inside the market but the surrounding area as well, it is after all in the heart of downtown. I wasn't complaining at all and if anything, just seeing the crowds of people made me more eager to explore plus the sun was out in it's full glory and the day was just beautiful so what was there not to be happy about? 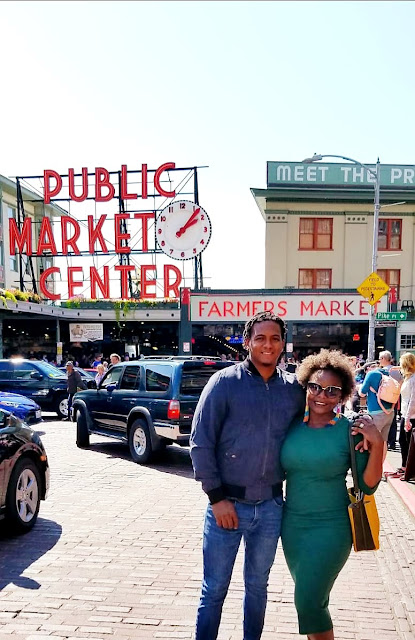 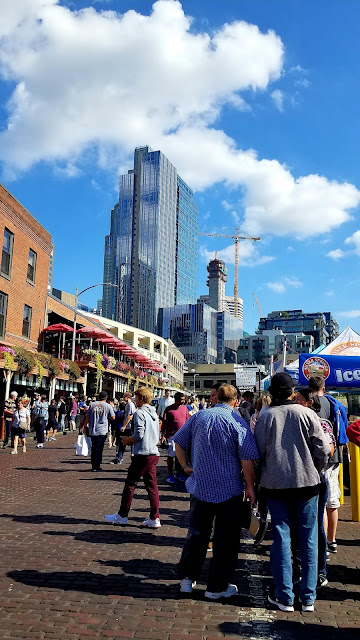 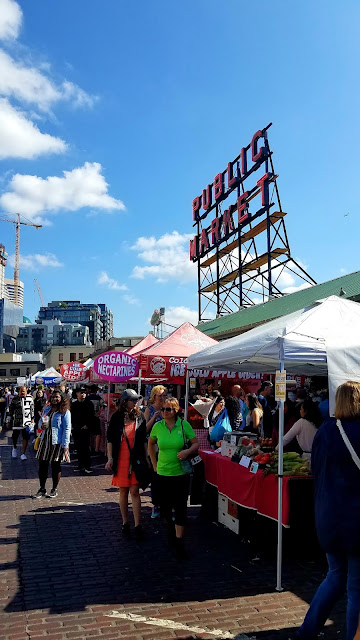 Next up was a visit to the Space Needle, Seattle's most iconic and recognized landmark. To be honest it appeared smaller than I expected so that took me by surprise but it did not deter us from checking it out and going all the way up to get a 360 degree aerial view of the city. Surprisingly, the wait wasn't too bad! tickets were being sold in time slots which I think is meant to control the crowd....it's just my guess, but hey! the most important thing is we got in pretty fast when our time slot came up.

Once we made it all the way up to the observation deck we got some pretty good views of the city and it's only then that I realized how tall the tower actually is. Perspective does tend to shift when you are getting an aerial view of everything down below and it all appears so tiny making you aware of how vulnerable everything down below really is. 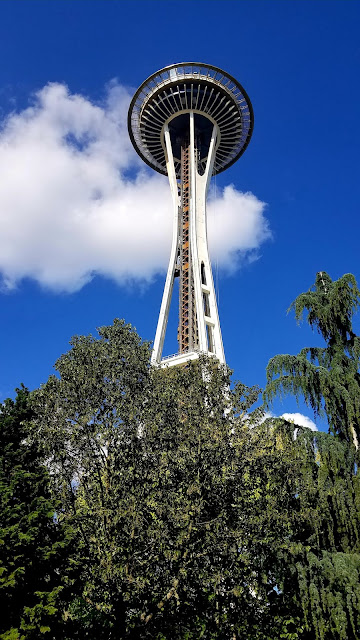 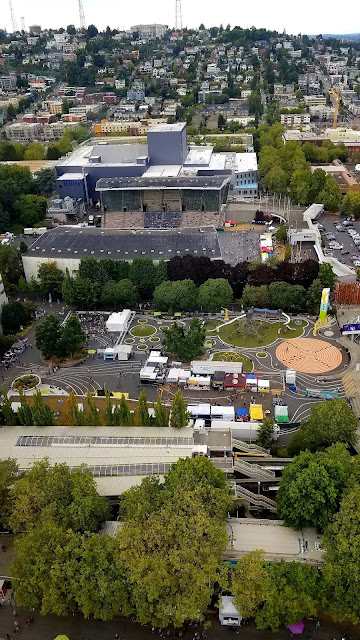 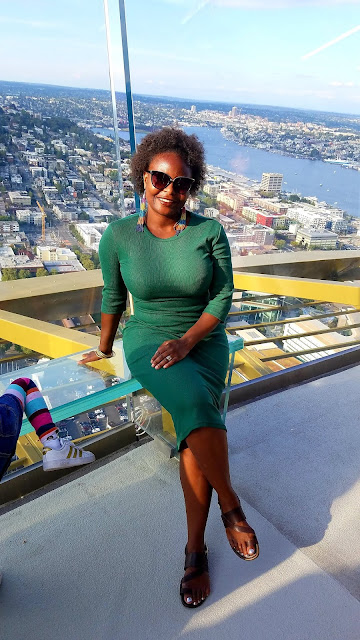 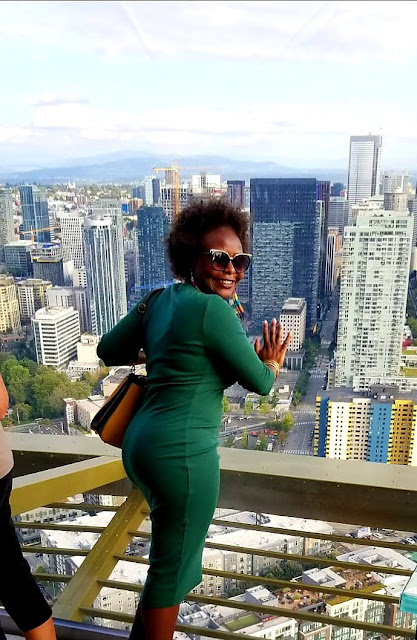 This is a museum showcasing the glass art work of an artist named Dale Chihuly. Museums are just not my thing but this museum had been highly recommended plus it is located right next to the Space Needle so we figured why not check it out to see what the fuss is all about. We saved this for the following day since part of the exhibition had already been closed for the day.

We came back the following day and all I can say is that I am so glad we got to check out this museum because the artist's work is so pretty! who knew you could do so much with glass. 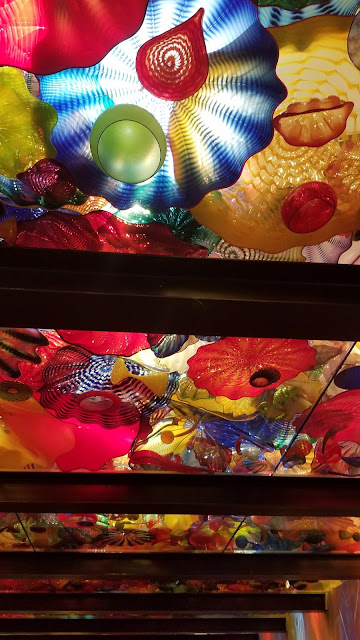 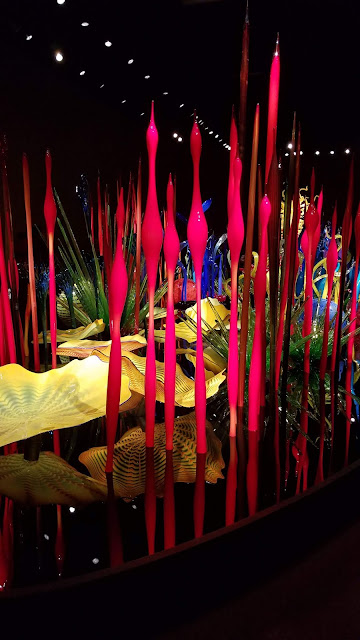 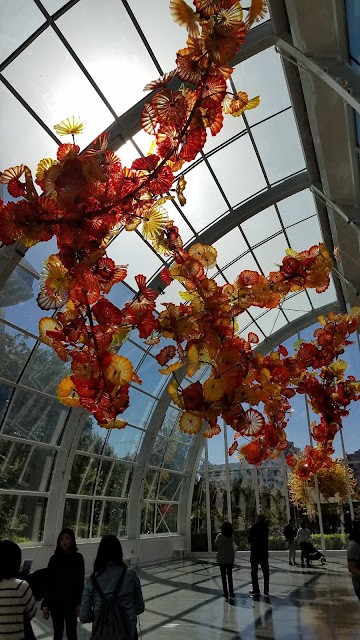 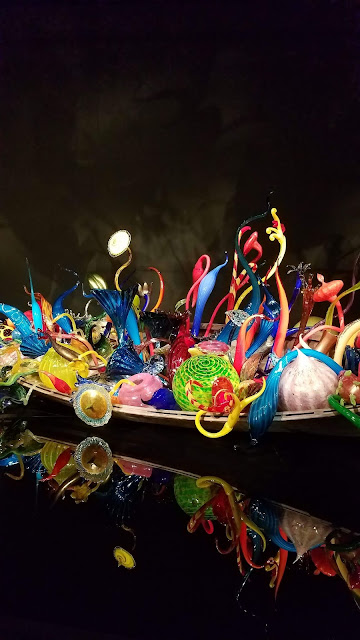 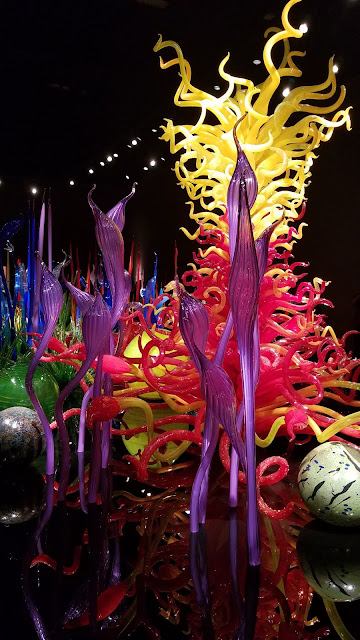 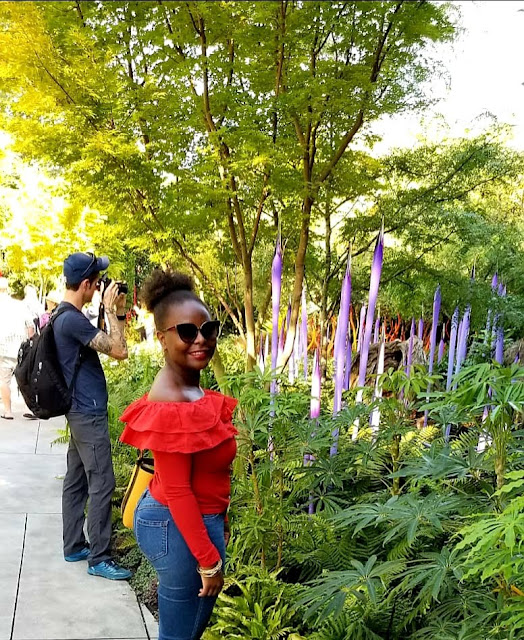 We decided to take a one hour harbor cruise so we could learn a little bit more about the city while enjoying the skyline view from the water. The guide on the tour was very lively and educated us on some very interesting facts and history about Seattle, I would recommend this tour if you are interested in learning more about the city otherwise if you are only interested in the view of the skyline I would recommend taking a ferry to Bainbridge, which is cheaper.........actually a friend of mine who used to live in Seattle had recommended this but I decided on the harbor tour just because I wanted to learn more about Seattle. If you ask me now, I can't even remember half of what the guide said........so much for wanting to learn more about the city. 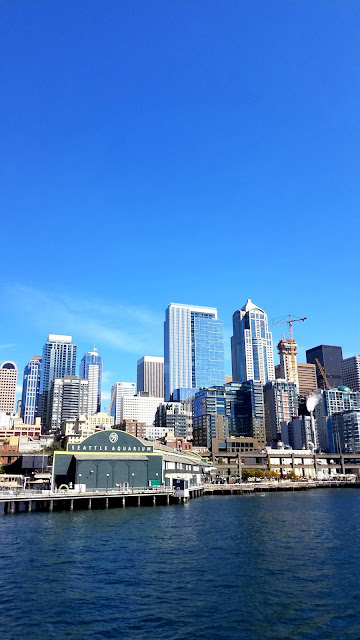 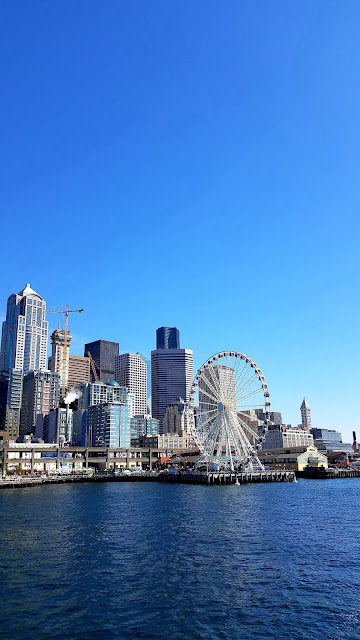 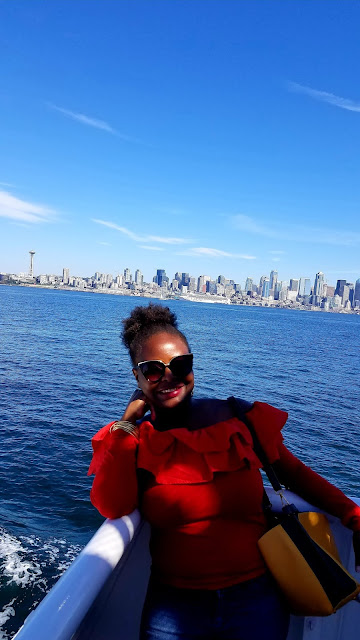 After the cruise we debated on whether to check out the Seattle Aquarium but we both decided not to because we were just not that interested, to each their own, right? we headed back to Pike Place Market to get something to eat then took advantage of being in the area by taking photos in front of the first Starbucks, you don't even want to know how long the line to get inside was. 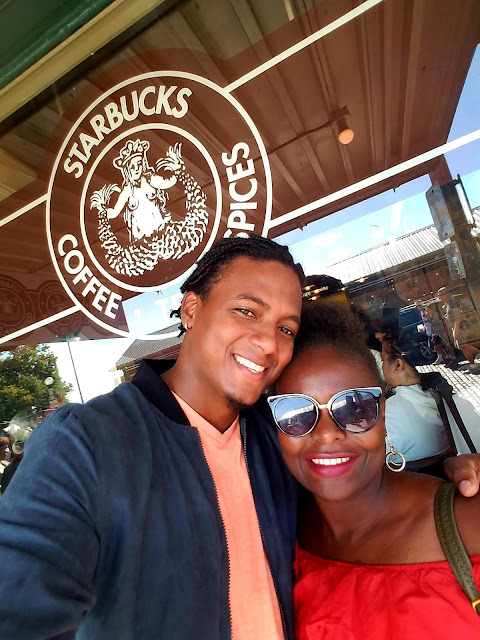 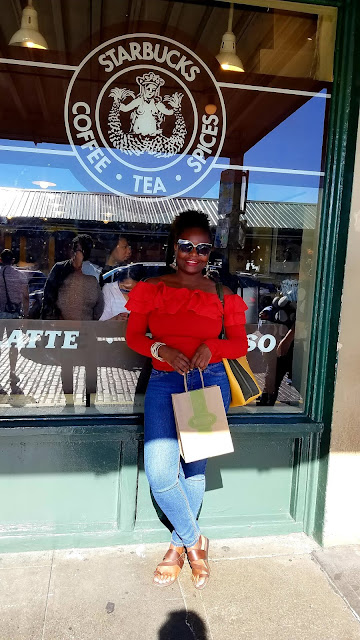 That's it folks! it wasn't a very jam packed trip and there was no desire to do too much within those two days, we just wanted to do enough to get a taste of Seattle and still have some free time to relax and do absolutely nothing, our mission was accomplished so that made for a good trip. Do watch out for the next travel update in November when we make a major international trip, until then.....adios! from the both of us. 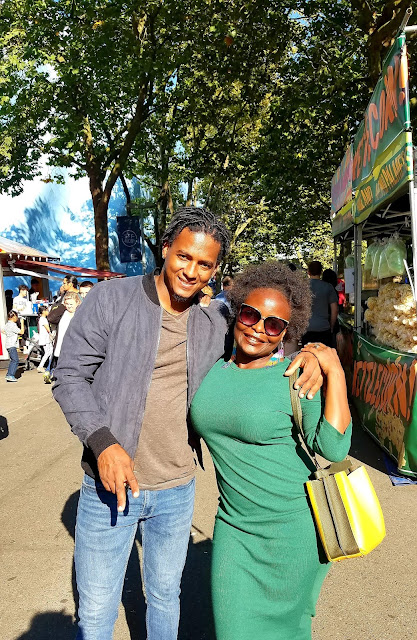 Seattle city pass, get it if you want to enjoy the highlights of the city cheaply because it covers all the entrance fees with one price. Trust me, entrance fees into some of the sites do add up and at the end of the day you are better off getting a city pass which will save you some money, lesson learned indeed!

Seattle honestly underwhelmed me, you know how you can get excited about visiting certain places then when you finally visit it's like, "that's it?!" that is how I felt about Seattle. Don't get me wrong, it's a pretty city but it just did not "wow" me. Granted, I only saw a tiny part of the city so I am sure I missed out on a lot more but so far that's my impression.

Uber and Lyft are such life savers but boy do those charges add up. Speaking on these app based rides, Toyota's seem to be very popular here with Lyft and Uber drivers, it's an observation that both my husband and I noticed.