This weekend has been full of activities I feel like I haven't had the time to sit down and just chill, I am not complaining though because I like being active and busy. I wanted to get out of Cali for a change of scenery so Fernanda suggested two places to check out; Jamundi (pronounce the J as H) and Buga, both are out of Cali but not too far to require hours on end in a bus.

Both towns were very lively in the evening because of the upcoming Semana Santa (Holly Week). A lot of people usually travel out of town and go to Fincas for some relaxation or to nearby cities for festivities.

Here are a few pictures from Saturday at Jamundi, the town center was very active and got even more busy at night. It was fun walking around people watching while listening to the ever present salsa from different shops. 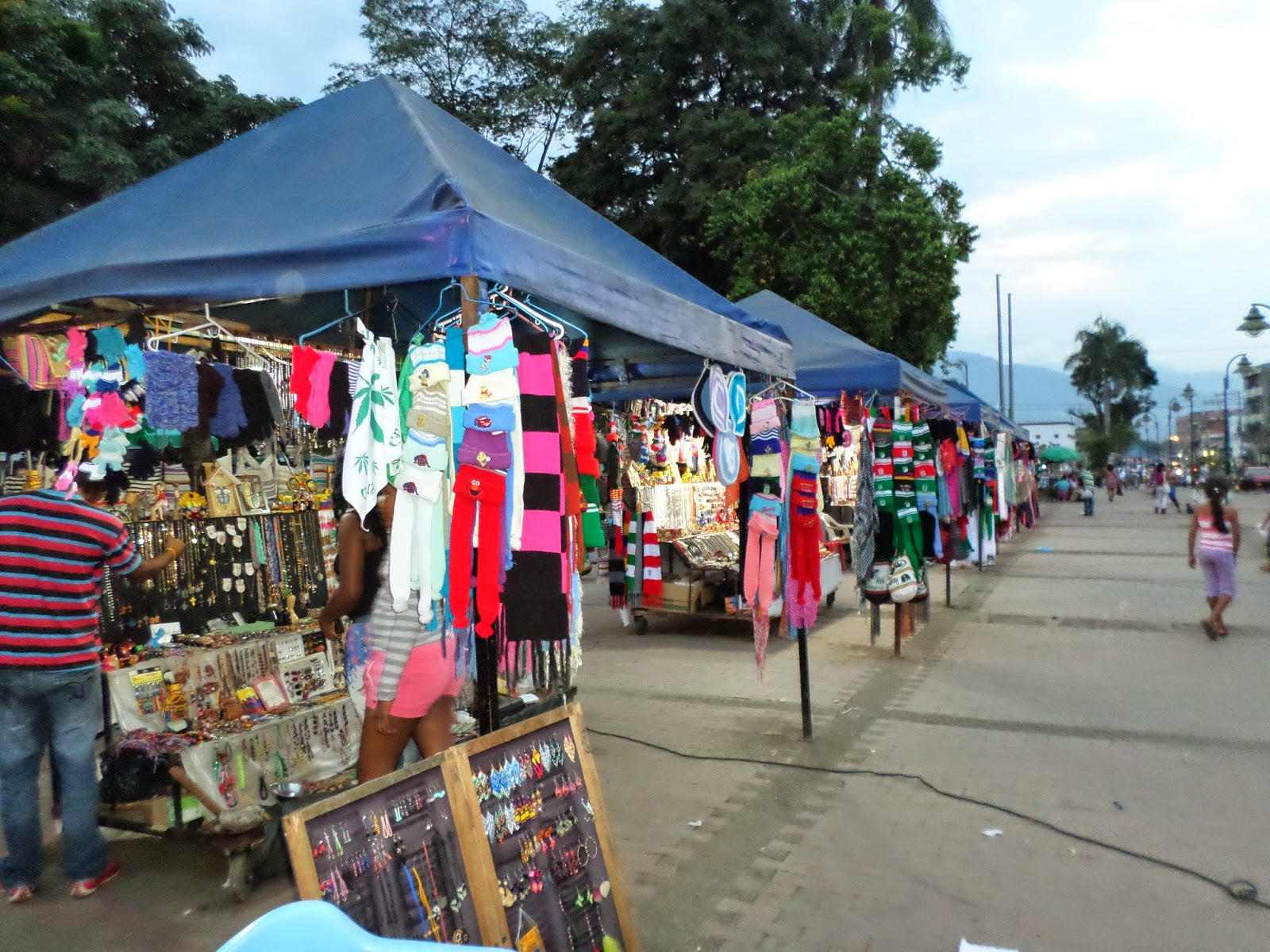 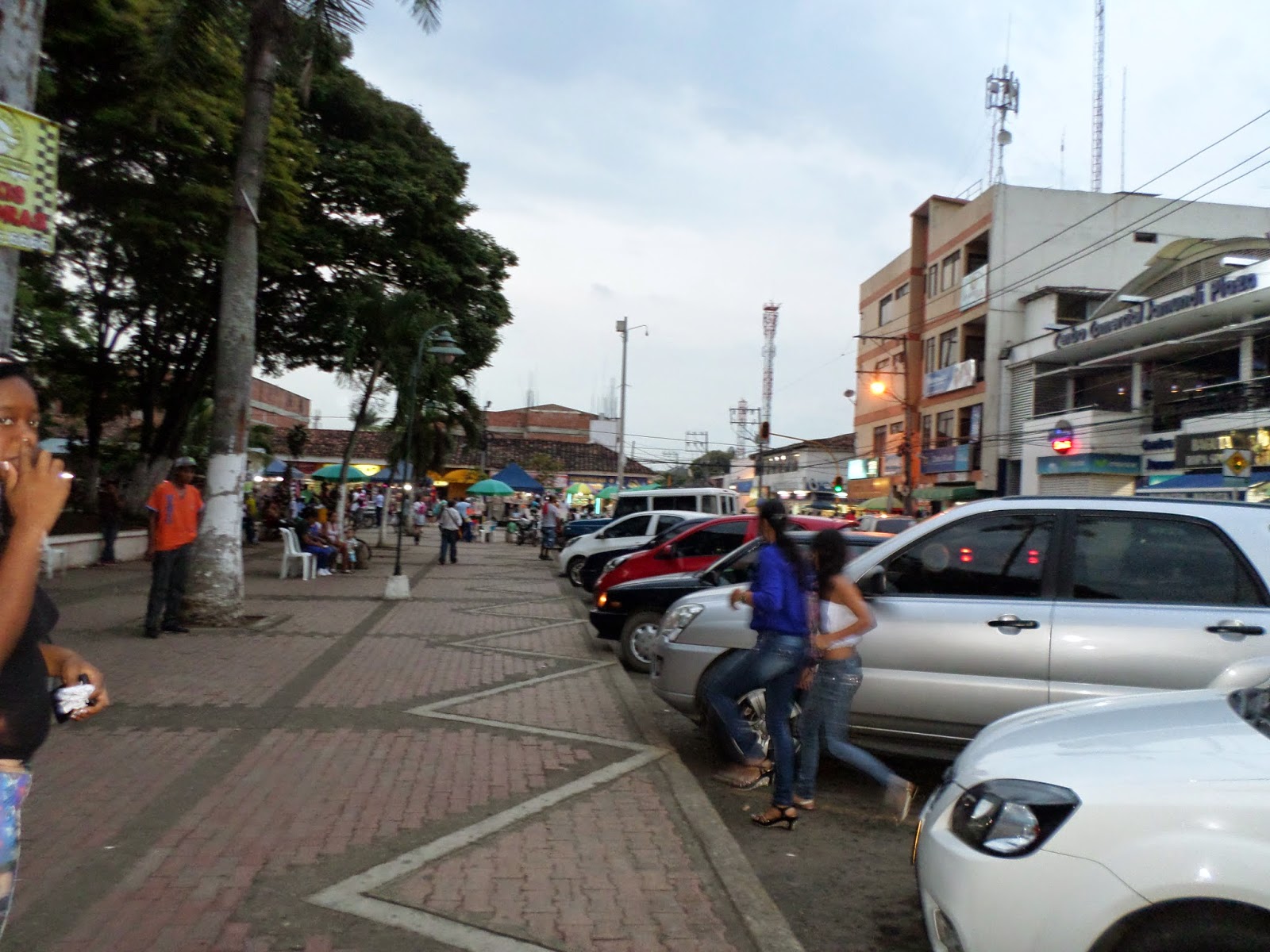 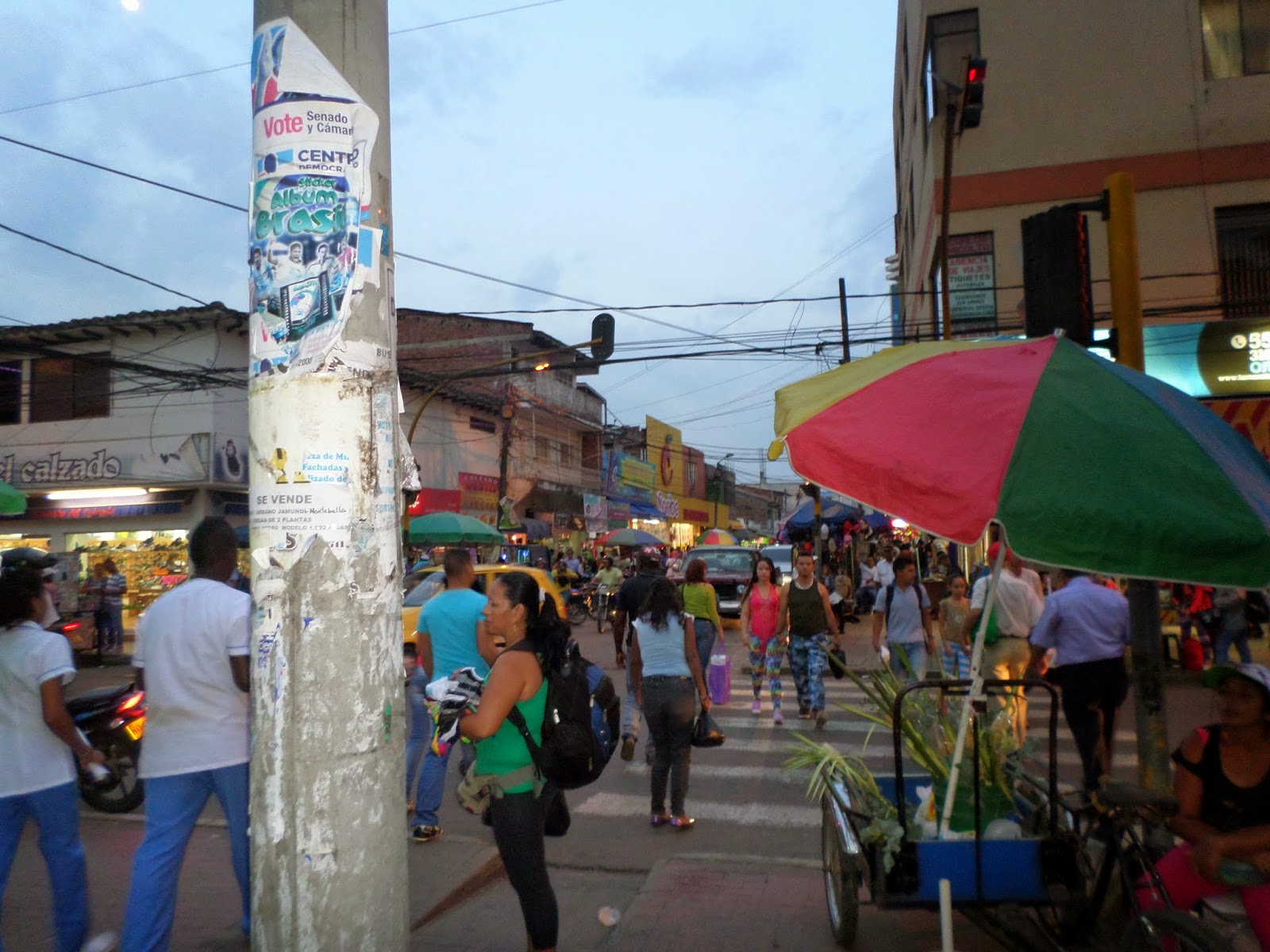 We got to indulge in some fruit salad with cheese and I have to say this is becoming my favorite fruit salad. It's so darn good! 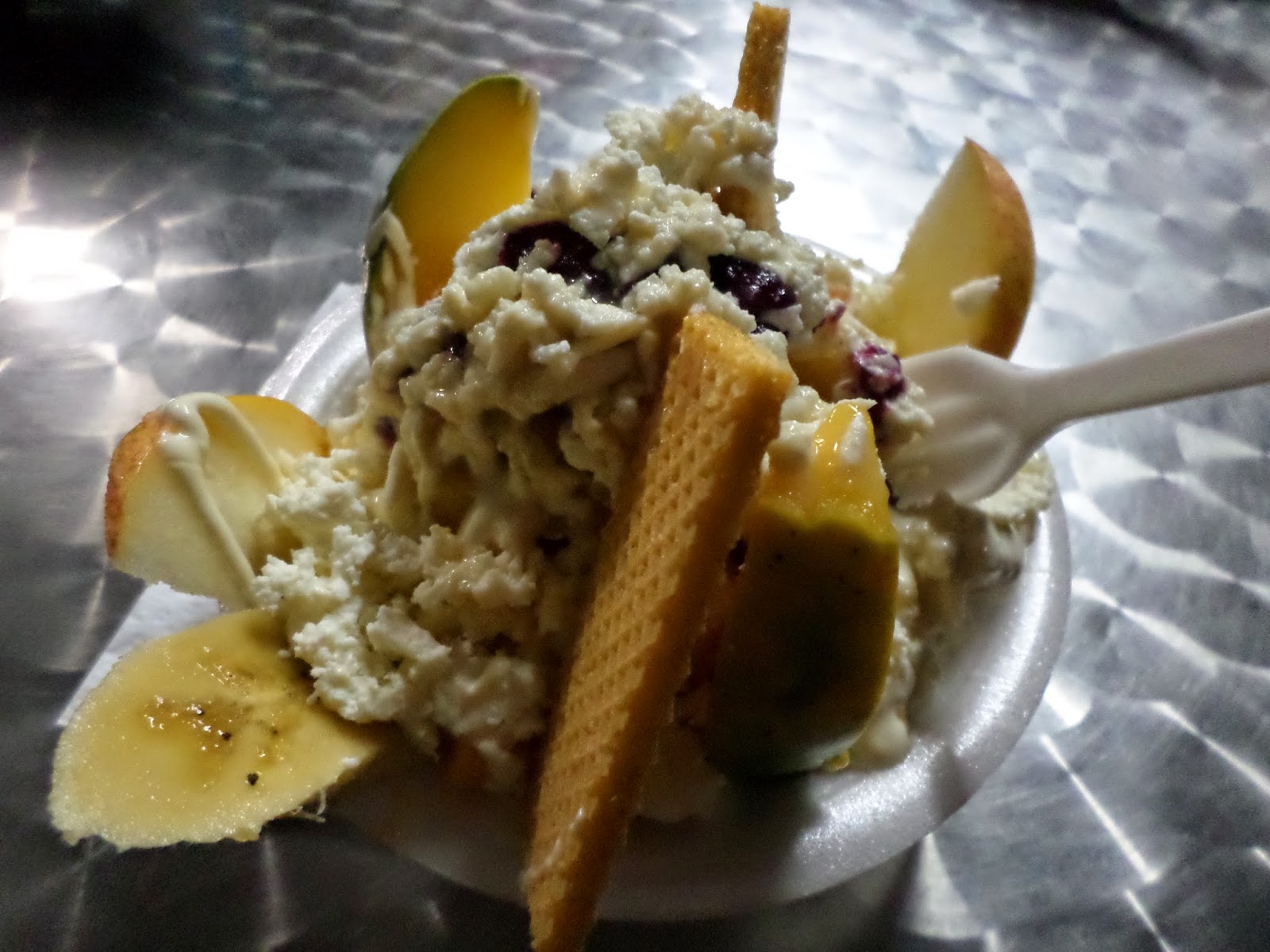 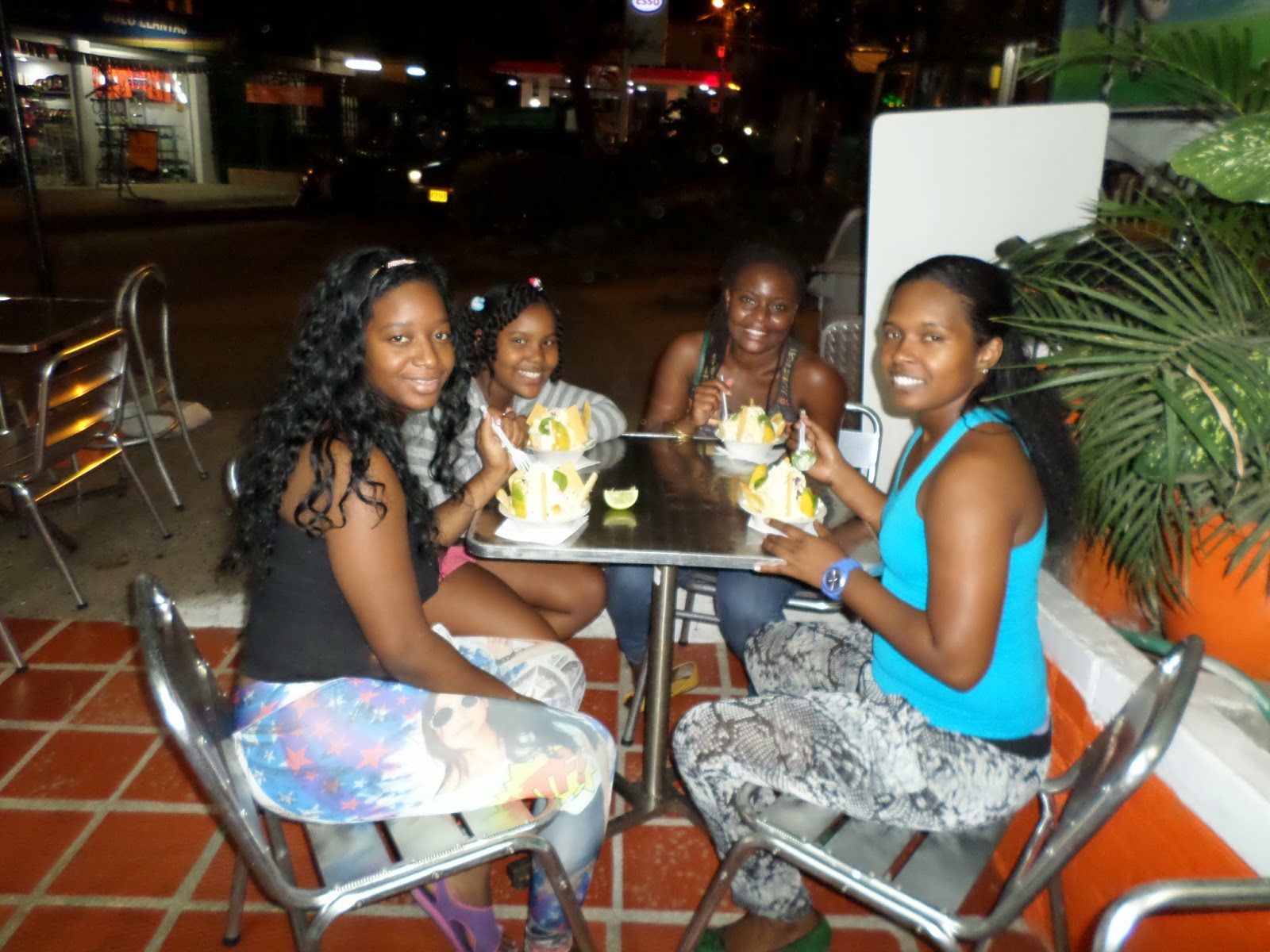 On Sunday we visited Buga, we got there in the evening and Fernanda was saying it was a good idea to be there later in the day because the sun is intense. It's hotter than Cali. Cali is always hot so I imagine walking around at a place hotter than Cali would have been beyond torture. The town center in Buga was really pretty and lively as well because of all the Semana Santa festivities. 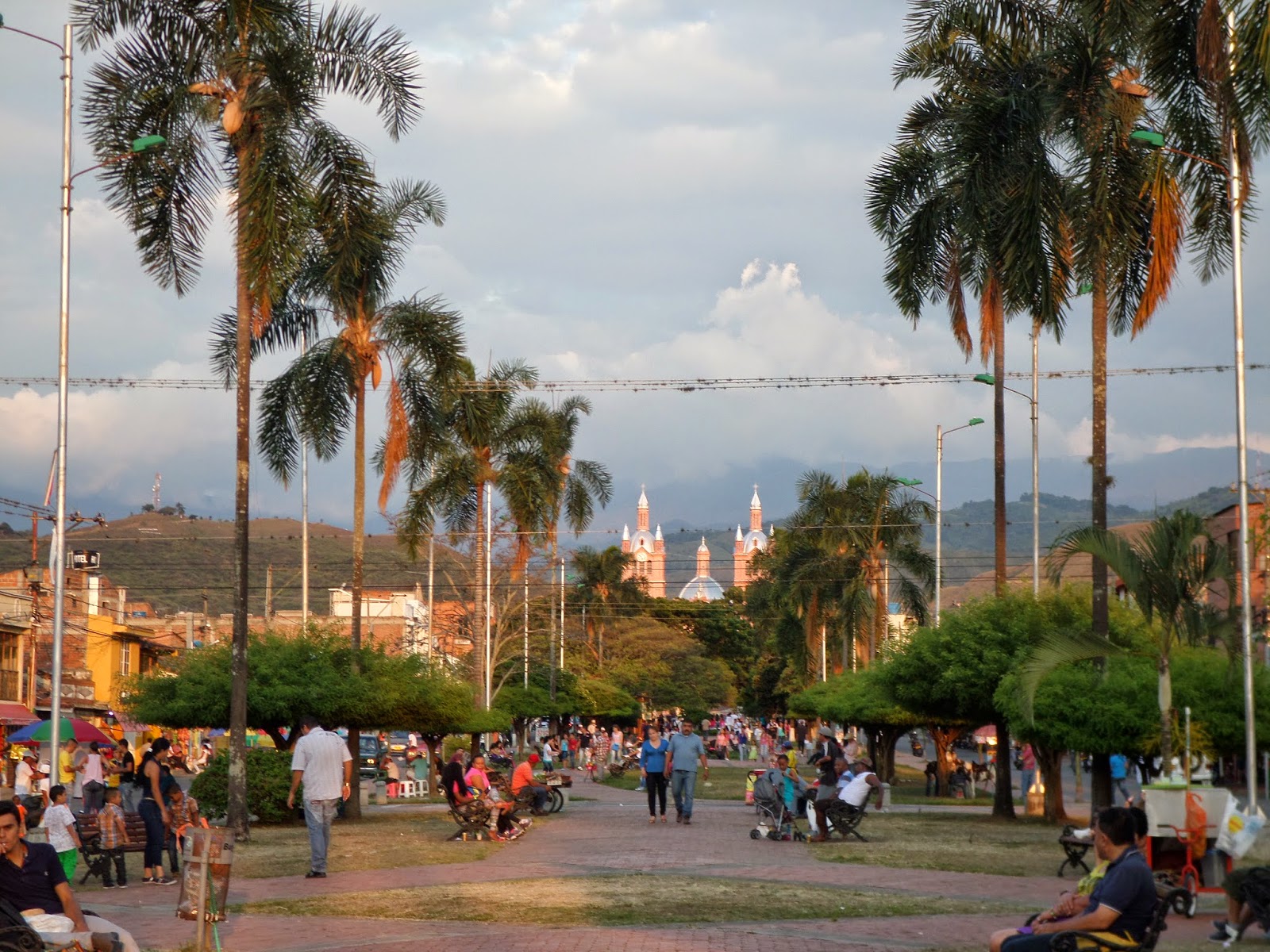 This church was so pretty inside. 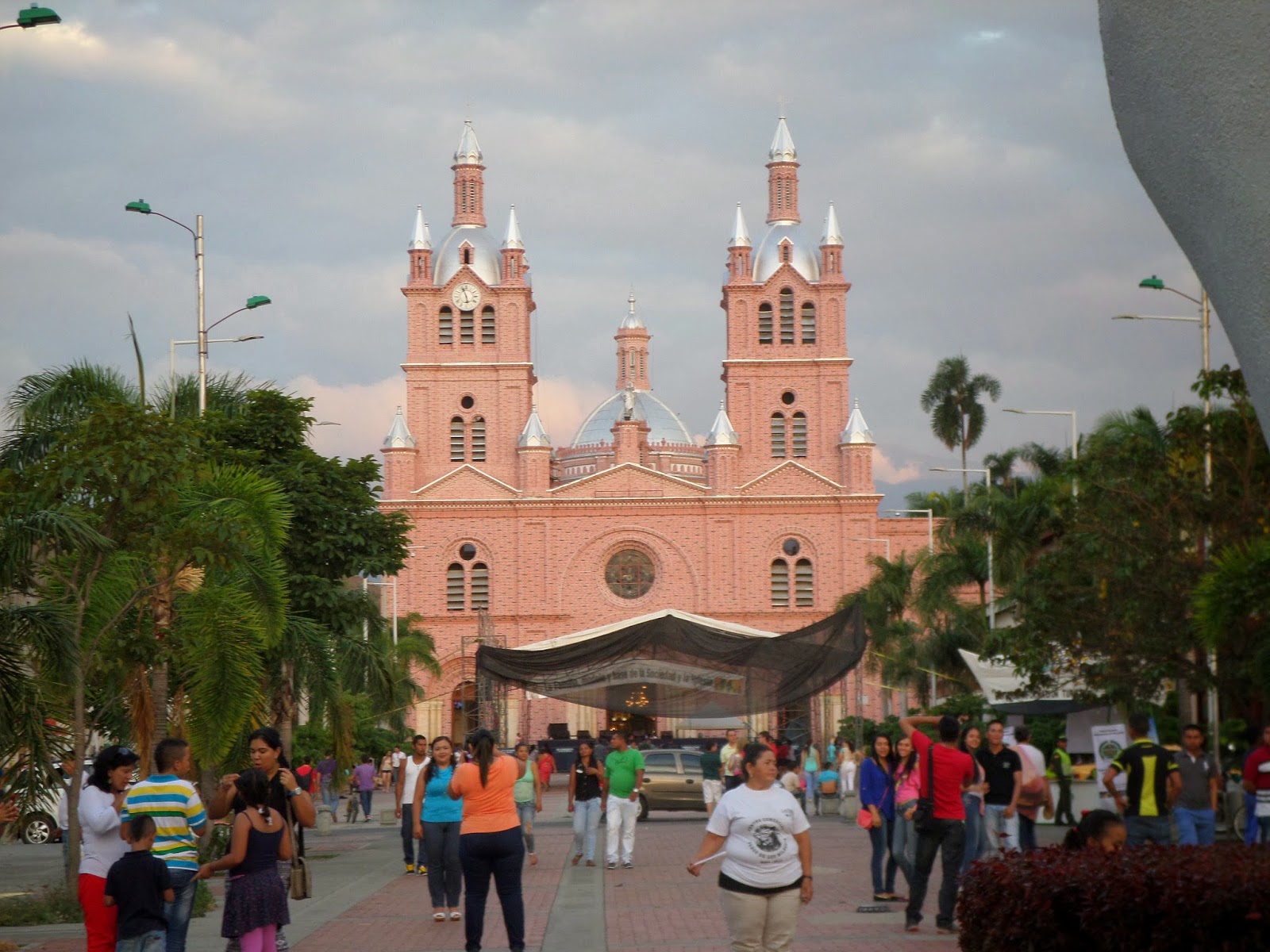 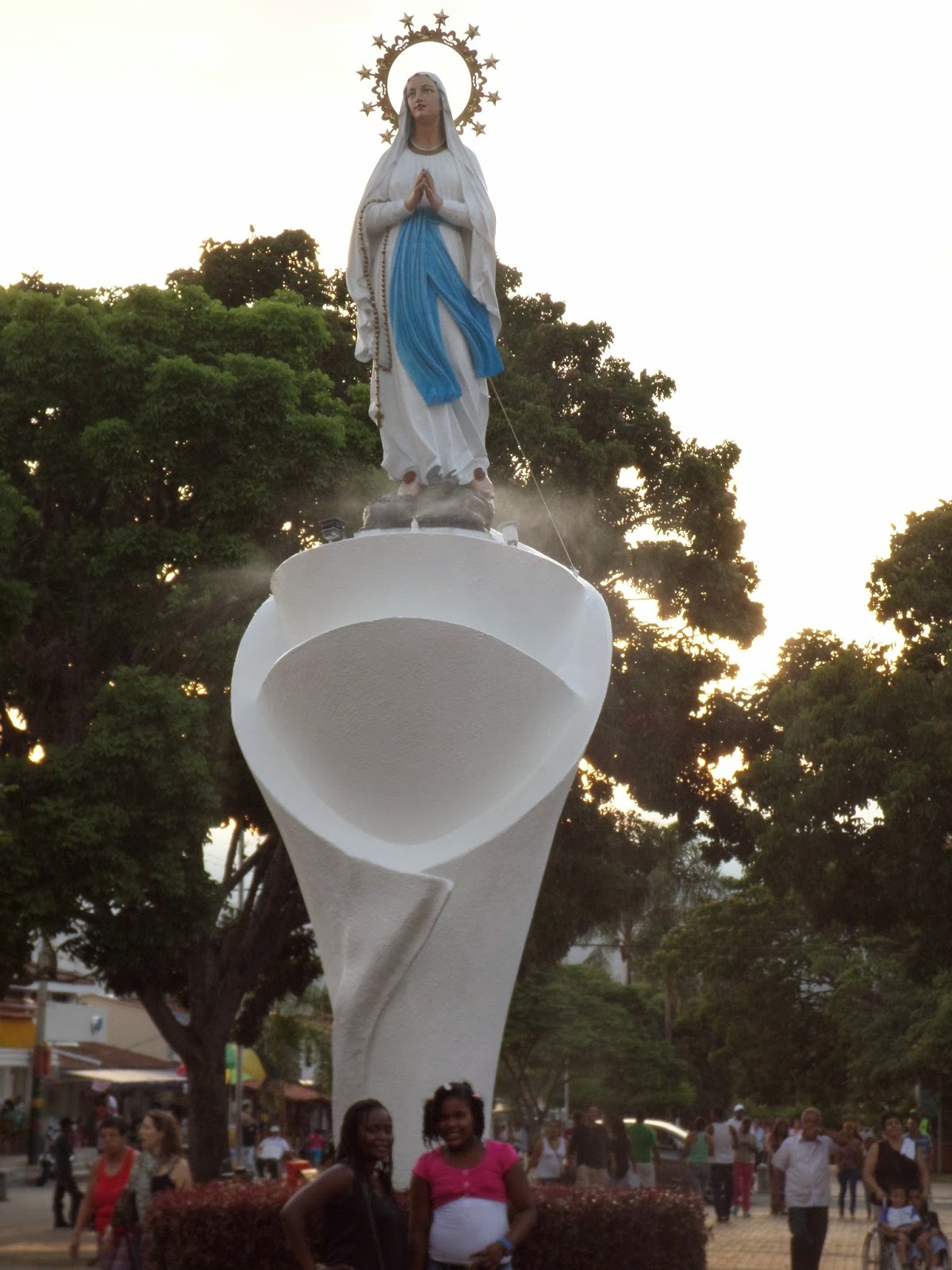 It was fun visiting both places and it made for an interesting weekend.

On top of all these activities, on Saturday I was invited to a birthday party of one of the new friends I made through a connection I got. It was nice hanging out with her and her friends and later on we went out to dance salsa.

Speaking of salsa, at the club as I was waiting to get my drink I noticed this couple on the dance floor, the lady kept smiling at me while whispering to the guy she was with and pointing my direction. I thought it was weird but I smiled back since I figured there was no harm in it anyway. Later on the guy came up to where I was and asked me to dance with him. As he took my hand I noticed the lady he had been with taking pictures of us and I was like, "what the heck? I'm I about to be unknowingly  involved in some freaky situation or what?"

Anyway, as we started dancing the guy kept raving about salsa from Cali being the best salsa in Latin America and he said that they were visiting from Chile. To cut a long story short, they thought I was from Cali and the husband had wanted to dance salsa with someone from Cali. I was very flattered because if you ask me there were way more better dancers than me. I did not want to shatter the poor guy's enthusiasm so I just kept smiling and nodding my head saying "gracias" because I did not want to let on that I am a foreigner. The loud music saved me too because we couldn't carry on a conversation.

That's it folks, it was an interesting weekend and I am glad it was action packed.

Somewhere in Chile lord knows where pictures of me may end up. The Chilean guy's wife took so many pictures of me and at some point I felt like a prop as the guy started posing for the photos.

Colombia has many different cultures from different regions so the variety of music is very fascinating. At the club I saw interesting dancing styles based on whatever type of music was being played. I am determined to learn the various styles.

Marimba is a commonly used musical instrument in a lot of music here. The Colombians I have encountered get very shocked when I tell them I know what marimba is as it is a traditional musical instrument that we have in Kenya. They assume it originated in Colombia.............ummmm? where did afro Colombians come from and what influence did they bring with them? just saying.......

I have started noticing the very many attractive dudes in Cali. The attraction is enhanced on the dance floor if they are very good dancers.............many of them usually are good dancers.

I noticed this one woman breast feeding her son. A few minutes prior the son had been playing soccer and the mum had been having a full on conversation with him. At what age does breast feeding stop? just asking.

We have a resident gecko in our bathroom and in the middle of the night when I have to use the bathroom I find the gecko just chilling on the wall, I have become accustomed to it now. Don't geckos eat mosquitoes anyway? it's earning it's keep so it's all good.

Patience is a virtue I unfortunately lack.