I know the title "sugarcane museum" doesn't really ring of excitement and I am sure some may wonder what is to be seen at a sugarcane museum anyway. I had looked up interesting things to do around Cali online and I came across this museum. The pictures looked very pretty and it wasn't an ordinary brick and mortar museum with dull pictures and old contraptions, well there were old contraptions but the setting was anything but boring. This museum is basically an old sugarcane plantation that has really beautiful landscape.

I went with my friend Edna and the trip took maybe an hour or so? It could have been more because the place was far and we went on a motorbike. The thought of riding on a bike for that long scared me at first because the drivers and bike riders here seem very aggressive so what chances of survival would we have on a bike incase we got hit? my fears were laid to rest as soon as we started the trip because Edna was not aggressive on the road and she rode the bike really well that I never had a feeling we were going to crash into someone or anything. I have been on bikes with aggressive riders and it is not fun at all, at least for me.

The museum did not disappoint at all despite being in the middle of nowhere. Check out the beautiful grounds and imagine a quiet peaceful place with the sound of the river and birds around you and an occasional thud from a fruit landing on the ground - For real, a fruit did just fall on the ground while we were standing under a tree and there were many more fruits on the ground. 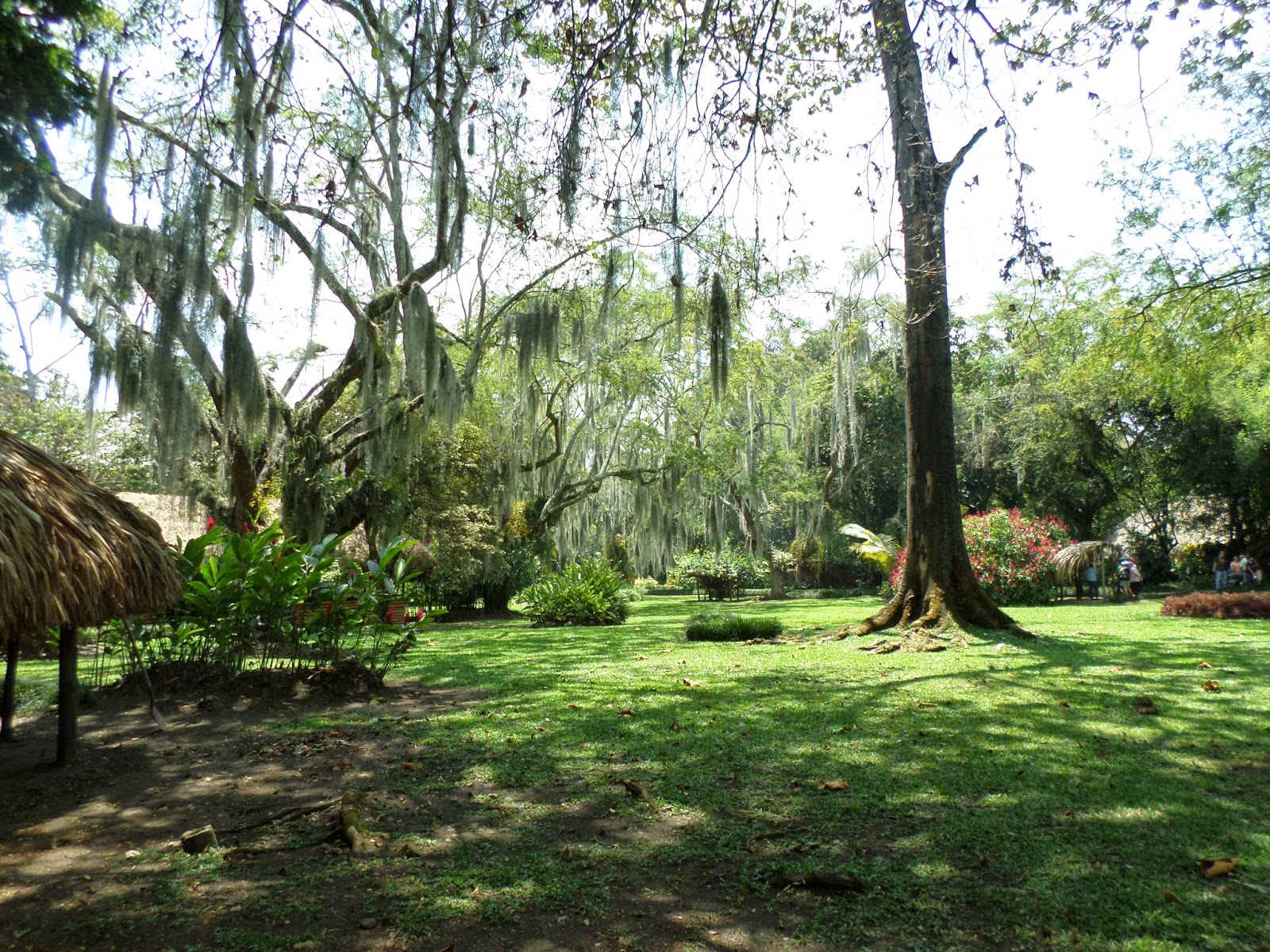 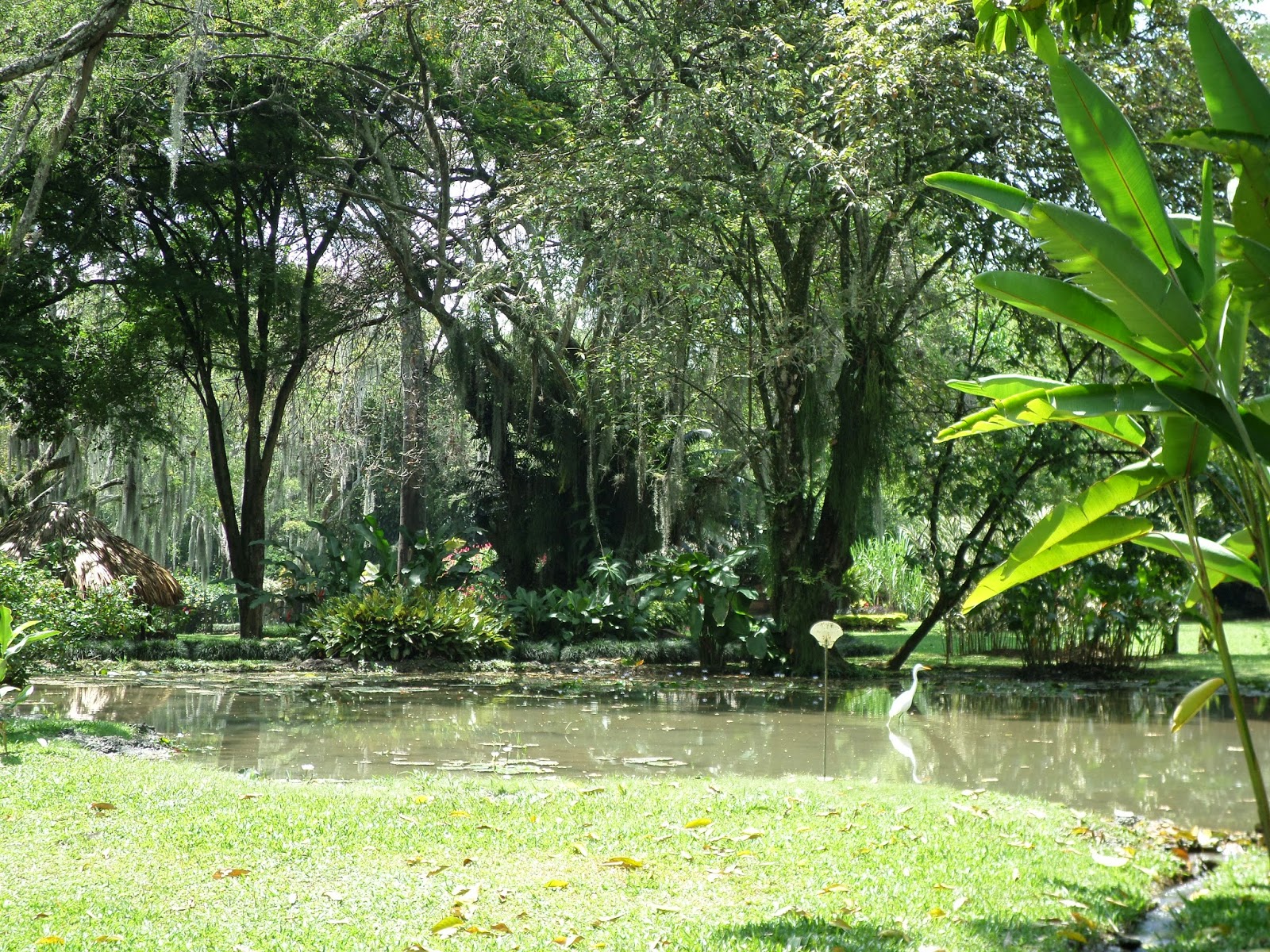 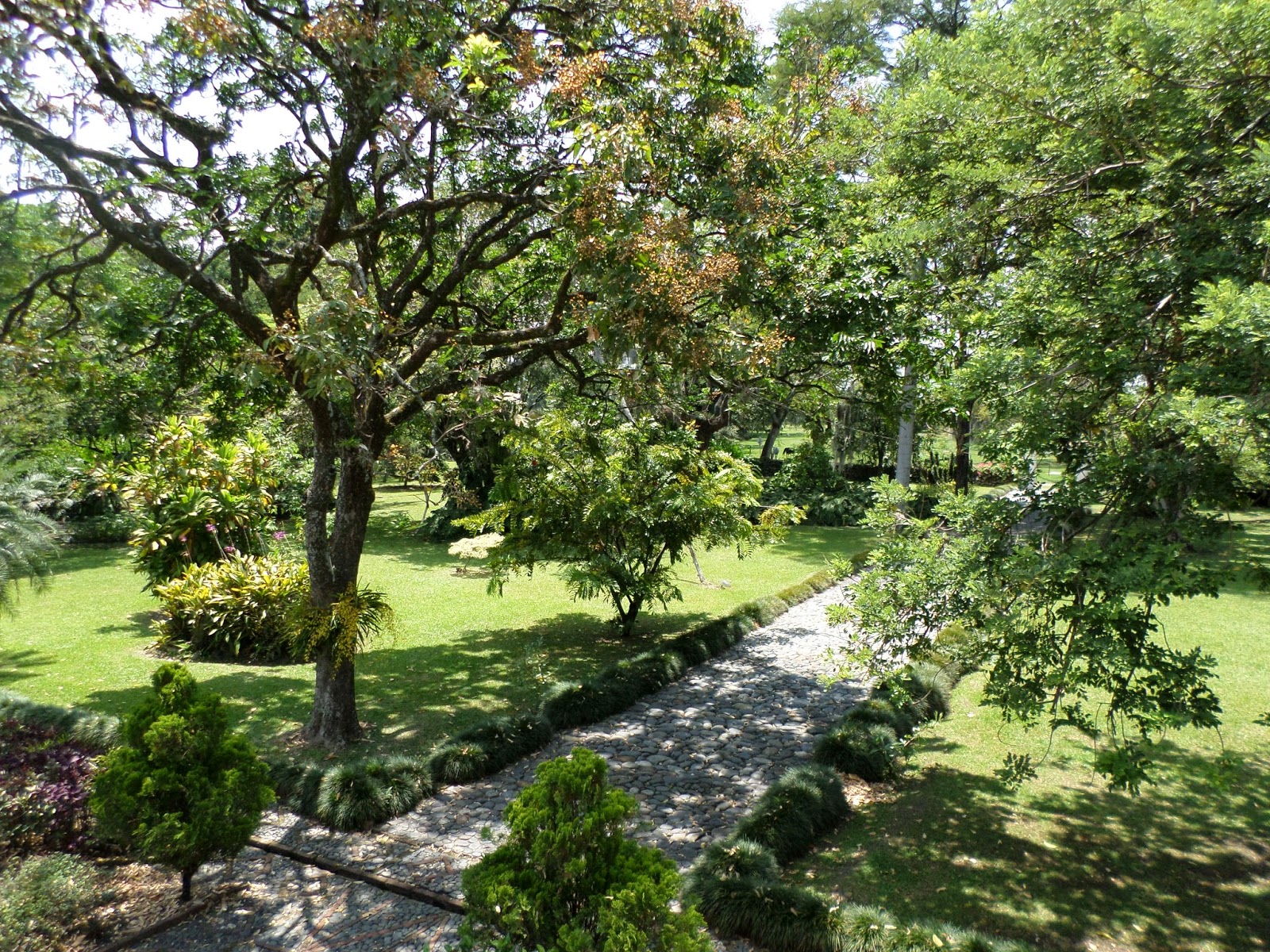 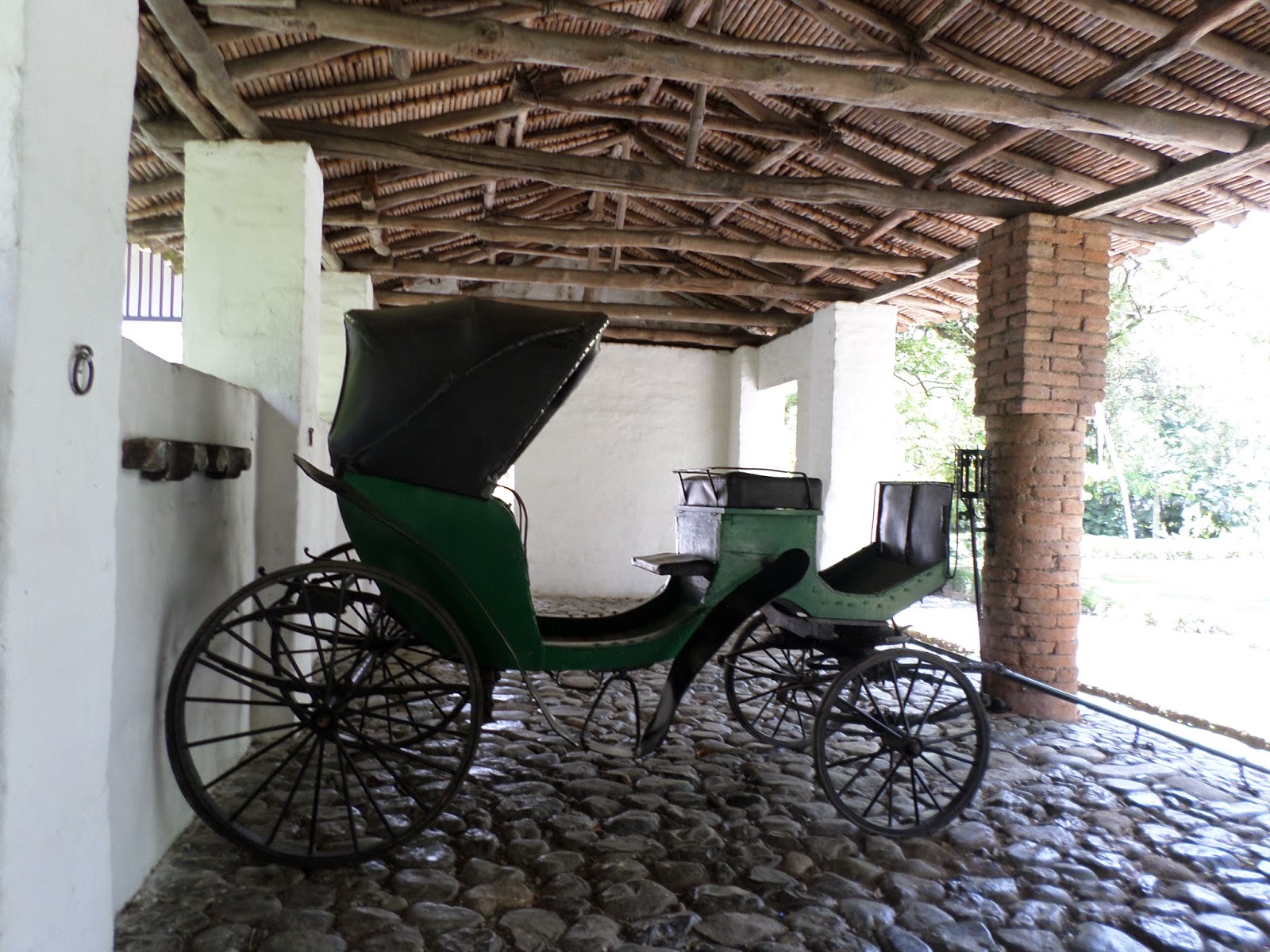 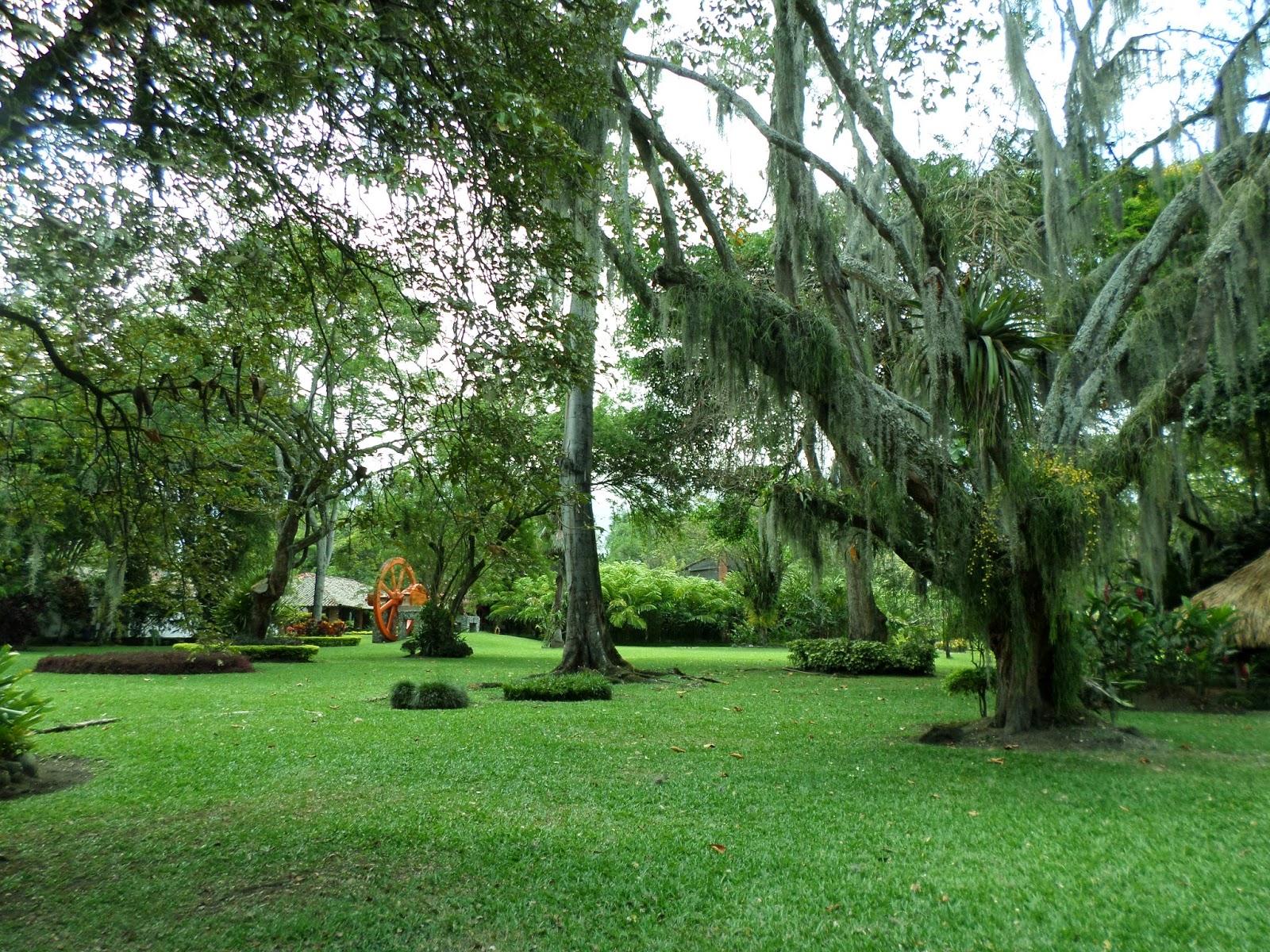 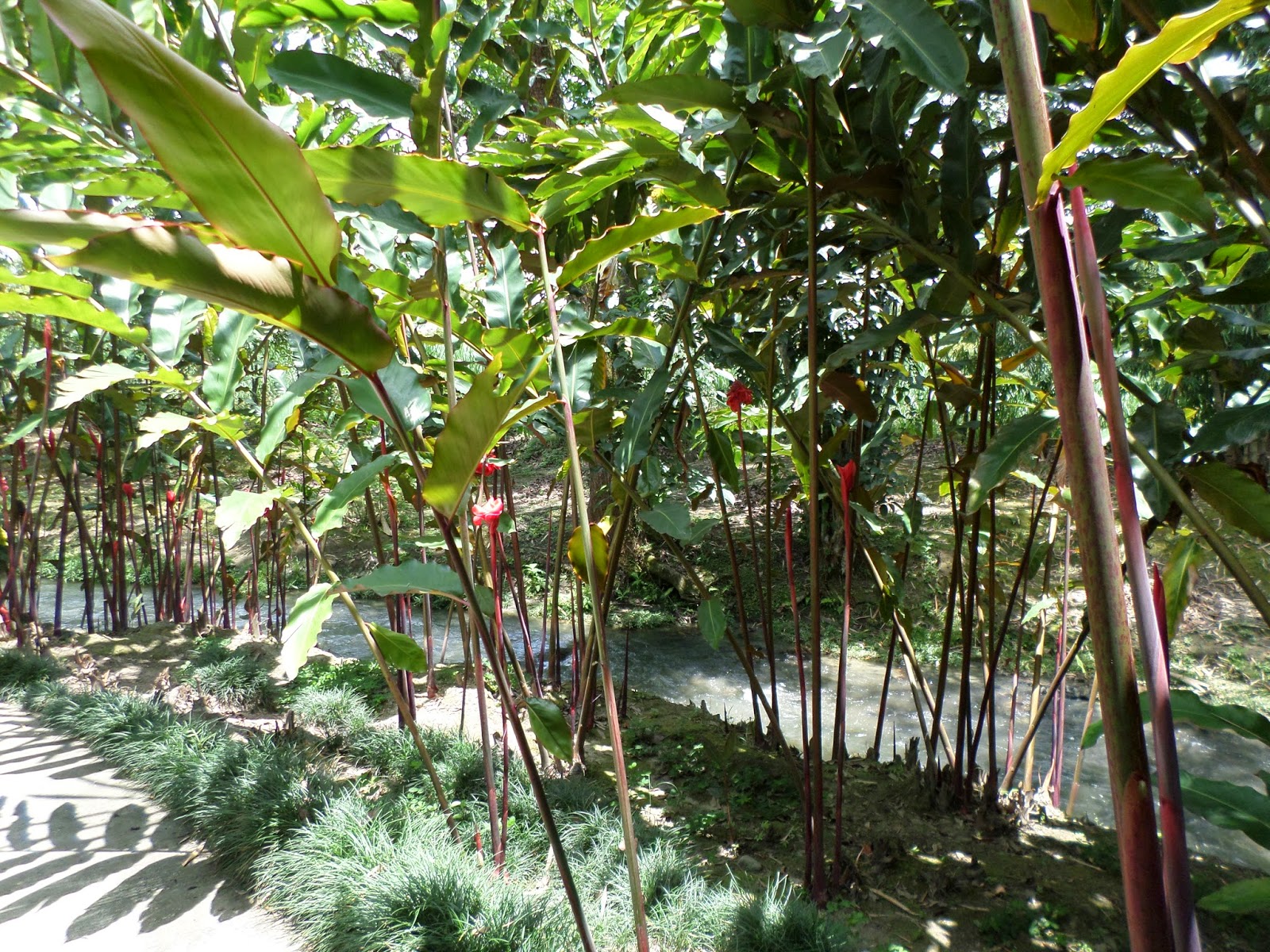 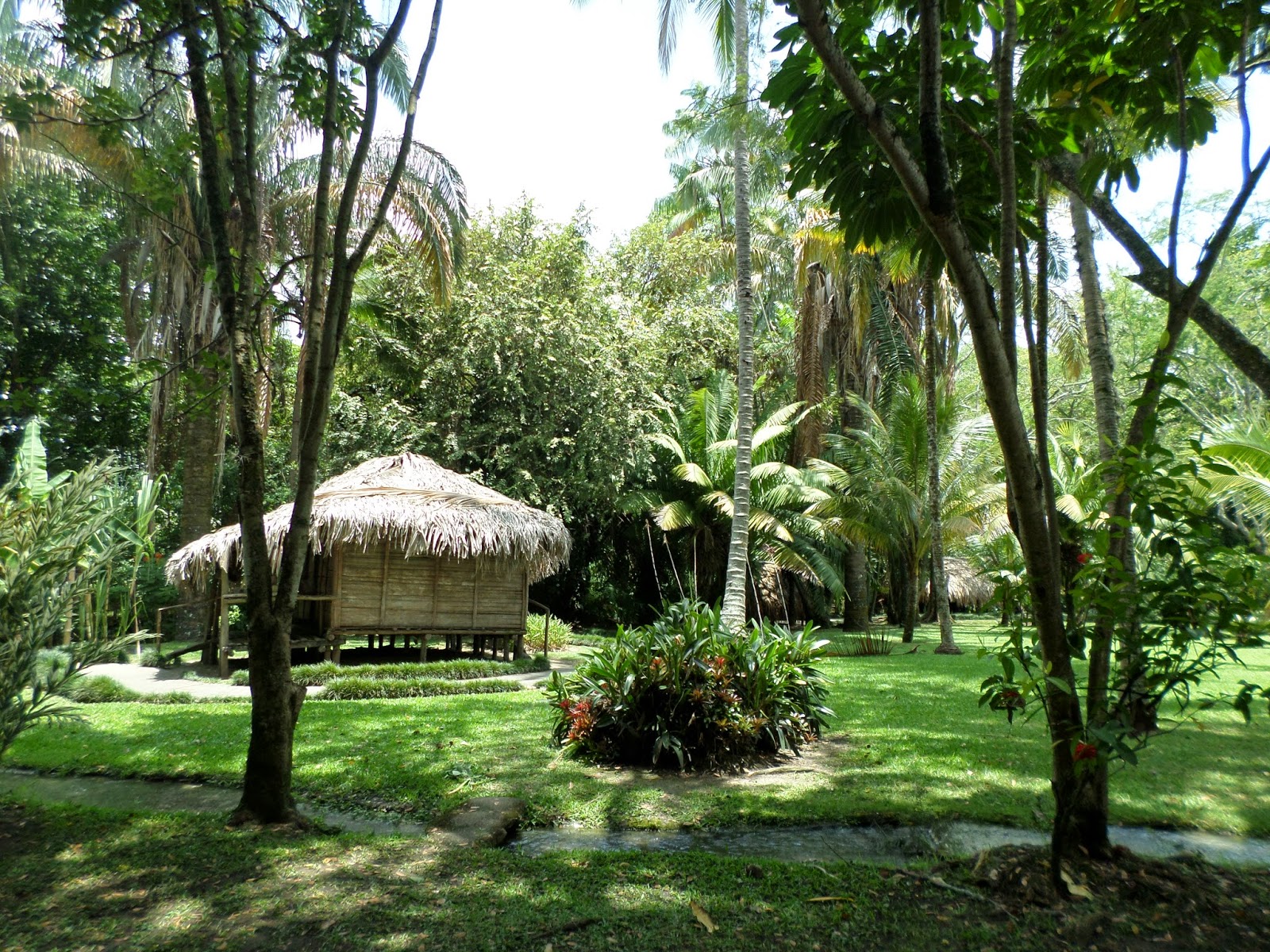 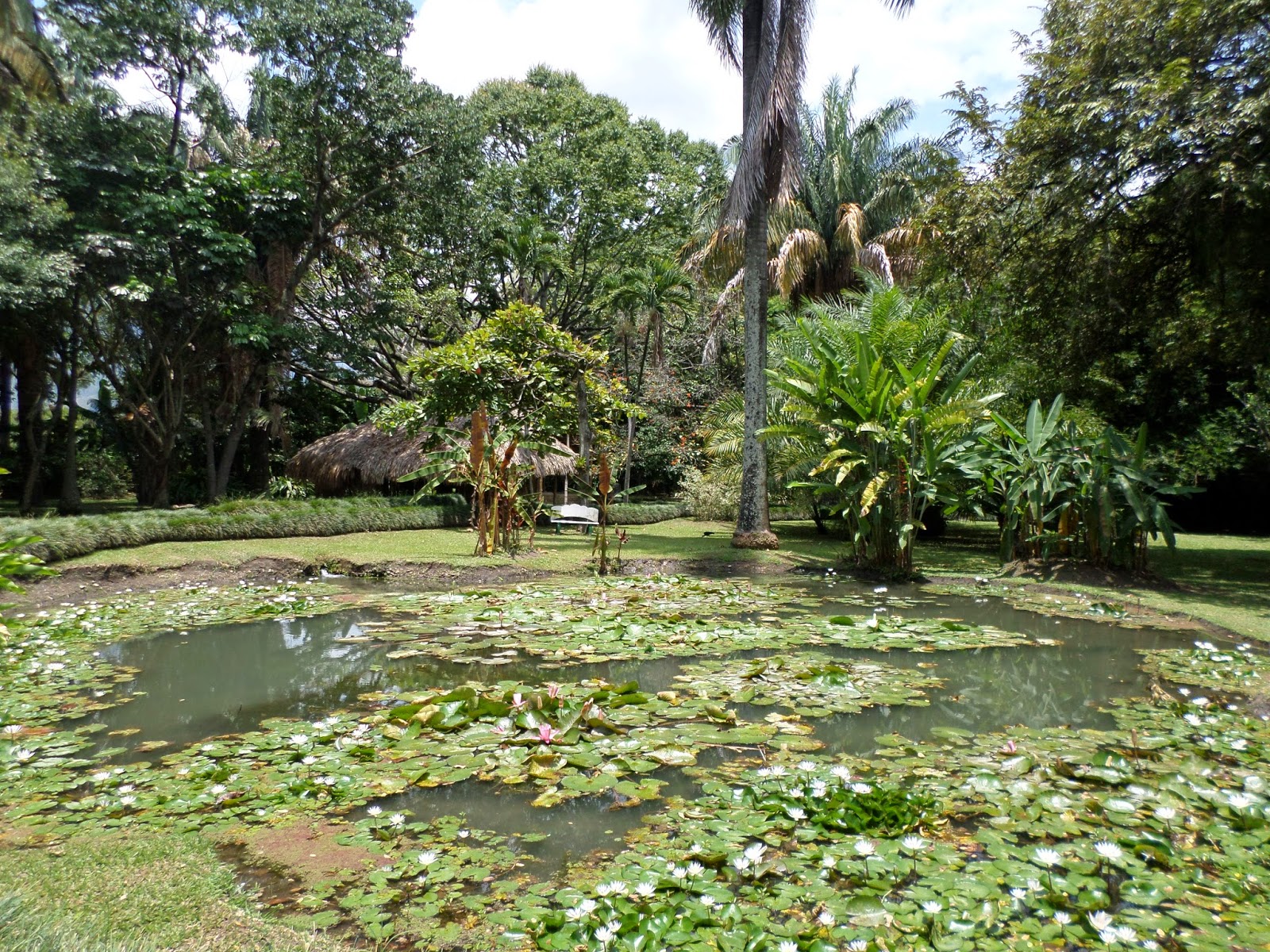 Furniture from hundreds of years ago, very well preserved but you could smell that old musty smell in the rooms. There were guard rails preventing anyone from actually getting close to the furniture and touching. 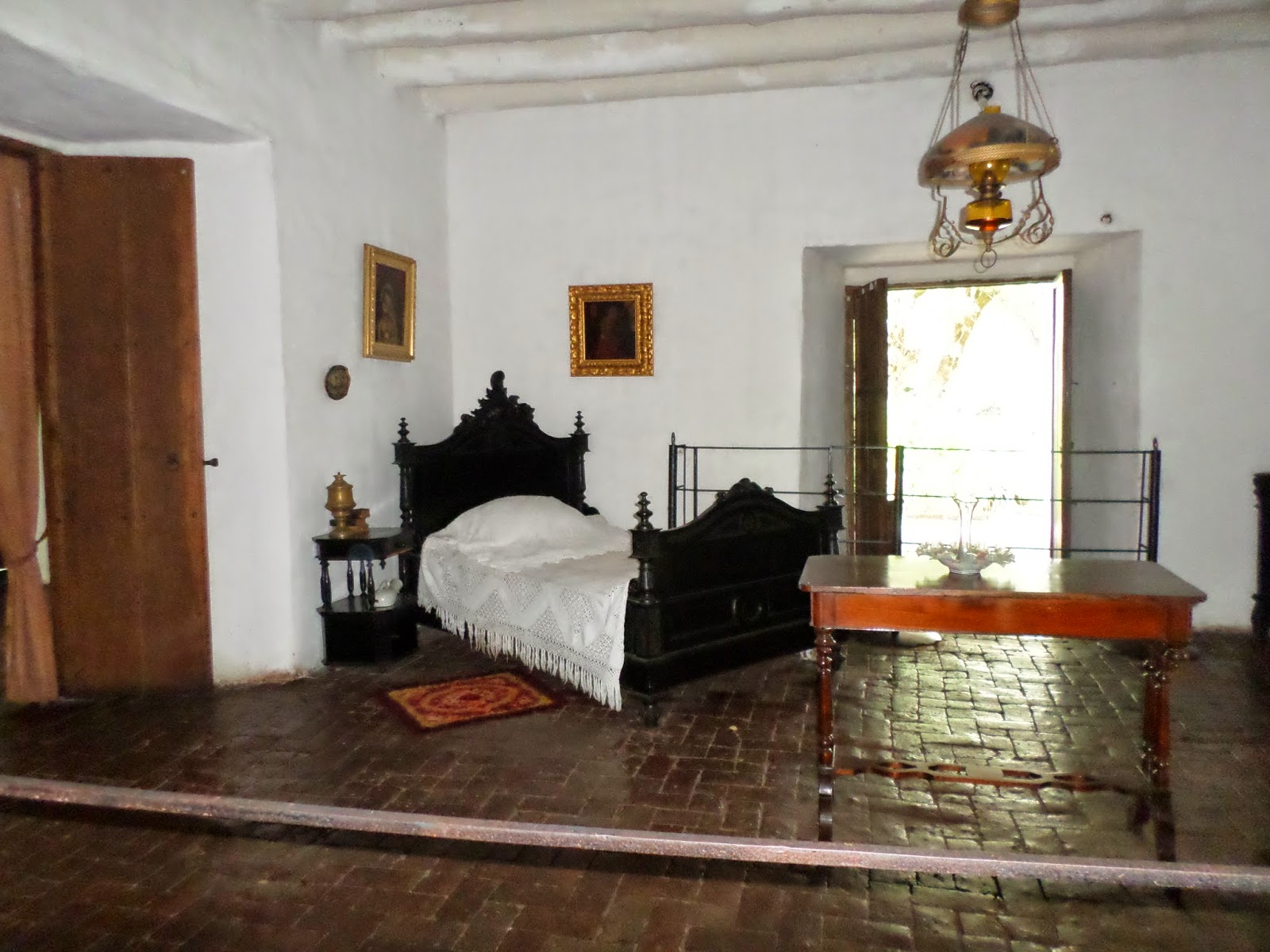 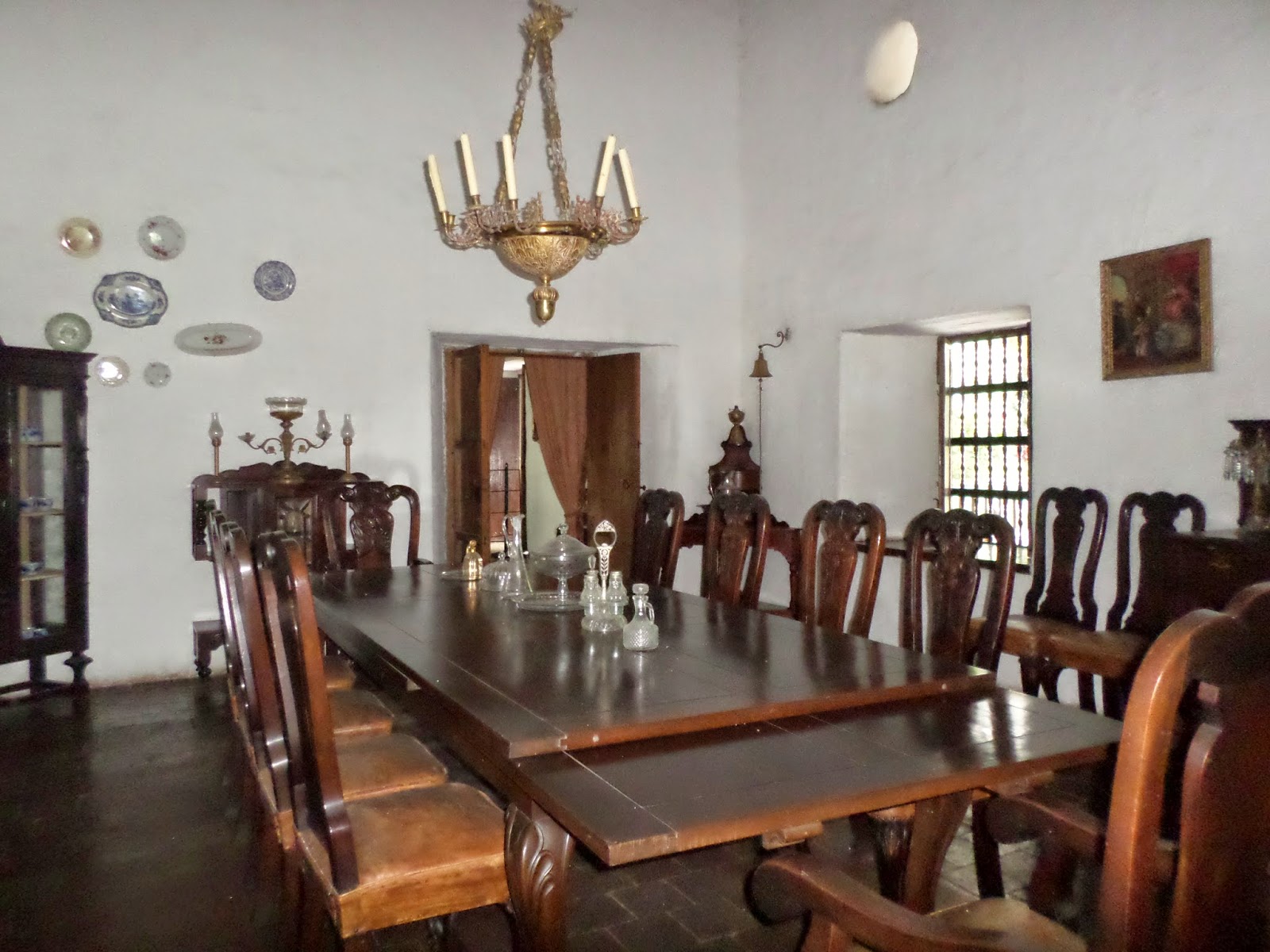 Check us out, don't we just look too cute? by the way it was not cold at all but we had to wear long sleeved clothing to protect the arms from the scorching sun. I have actually seen bikers and some drivers here, wearing sleeves on their arms. I am talking detachable sleeves that you can roll out of your arms. 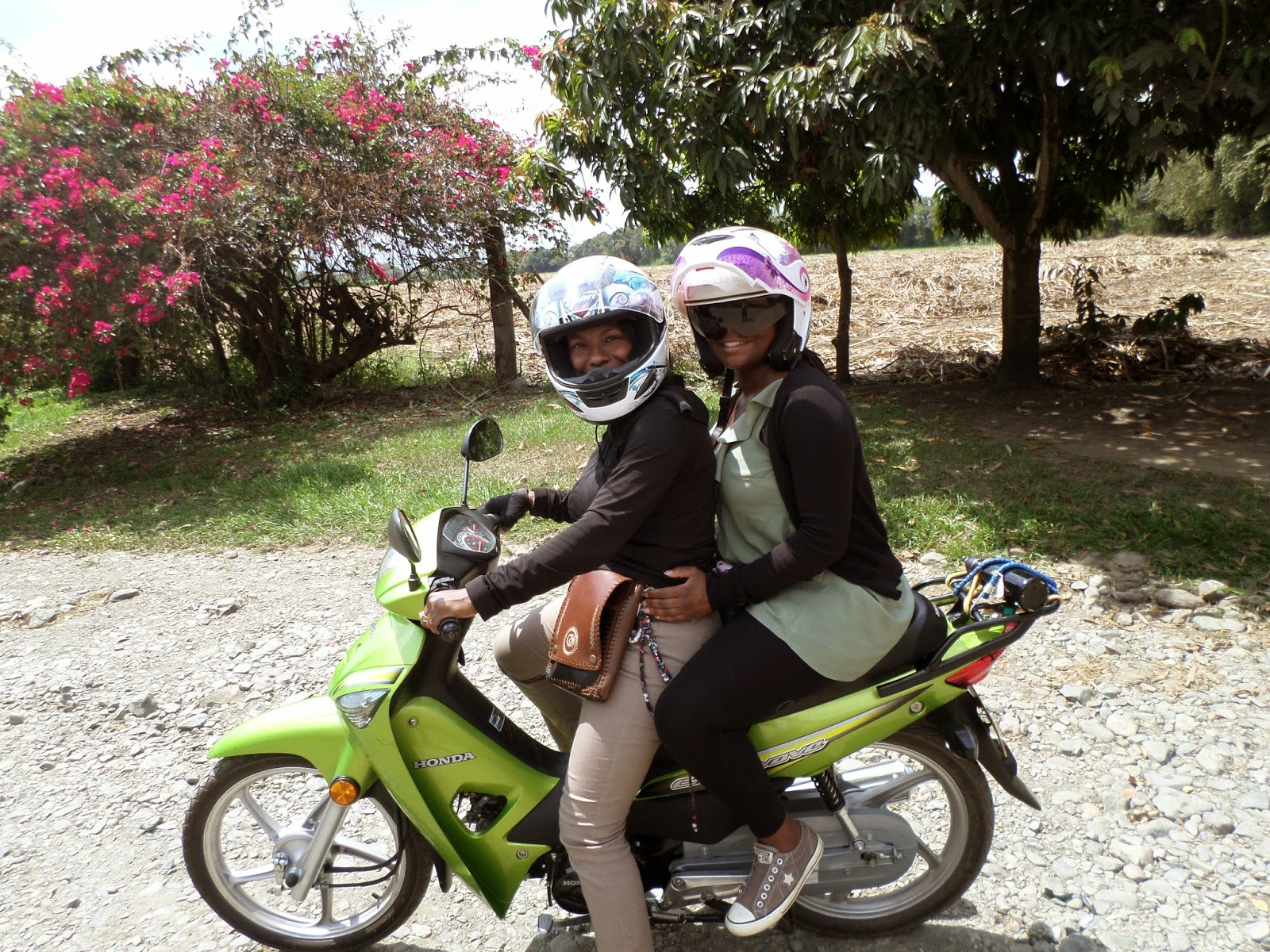 That's it folks, it was a day well spent outside the city and the museum exceeded my expectations.

My behind feels like I have been doing hundreds of squats, I feel so sore because of being on a bike for long. Actually when I got off the bike my thighs were also sore.

At the museum we came across a cactus plant that had people's names scribbled on the leaves. I was about to scribble mine with a key until Edna mentioned how she considers the scribbles as acts vandalism.........I quietly snuck the key back in my purse so she did not know I was about to become a vandal. Phew! that was a close one.

It doesn't matter what hour of the day or night it is here, there is always street food to be had. Very good food by the way.

During the day I avoid getting out of the house because of the oppressive sun which makes it so uncomfortable to walk around. I get out in the evening or at night which kind of sucks because in the evening you have limited daylight.

I don't miss going to work at all. I even forgot how it feels like to have a job...........eventually I will have to go back to work but for now I enjoy being a lazy bum. I have worked hard so this is my time to rest for a bit.

Baby wipes have become my new best friend.........for my face! get your minds out of the gutter. Helps keep me fresh when it is hot.

You have to pay to use public toilets around here. It is not expensive and they are kept clean.

Something about being in a moving car, train and even bike as I came to find out, knocks me right out. I always fall asleep! I dozed off on the bike while riding with Edna and she had to stop several times to wake me up because it wasn't very safe. The poor girl, I felt guilty but I could not control it. The motion always lulls me to sleep like a baby. I don't fall asleep when driving though, only if I am the passenger.