Away From The City & Back

Today has been a busy day full of activities, just the way I like it. I had heard about Park Arvi; a natural reserve away from the city, and I had wanted to reserve a good chunk of my day to check it out and enjoy it's natural surroundings.

I had to take a metro and two cable cars to get to the park and even though it sounds like a long commute, it was actually not bad at all. I decided to make a stop at a neighborhood called Santo Domingo first before getting to Park Arvi, to check out the Spain Library which my host had suggested I visit because of the interesting architecture of the building. Unfortunately when I visited they were renovating the building so it was covered up.

Everyone had warned me about walking around the Santo Domingo neighborhood because of safety concerns. I was a little bit nervous but fortunately the library was near the metro station so I did not have to walk too far into the neighborhood to get to the library. I did not spend too much time at the library but I managed to check out all floors and the surroundings areas.

The library is supposed to look like three huge rocks but in the picture you can see it's been covered by a dark clothe like material. 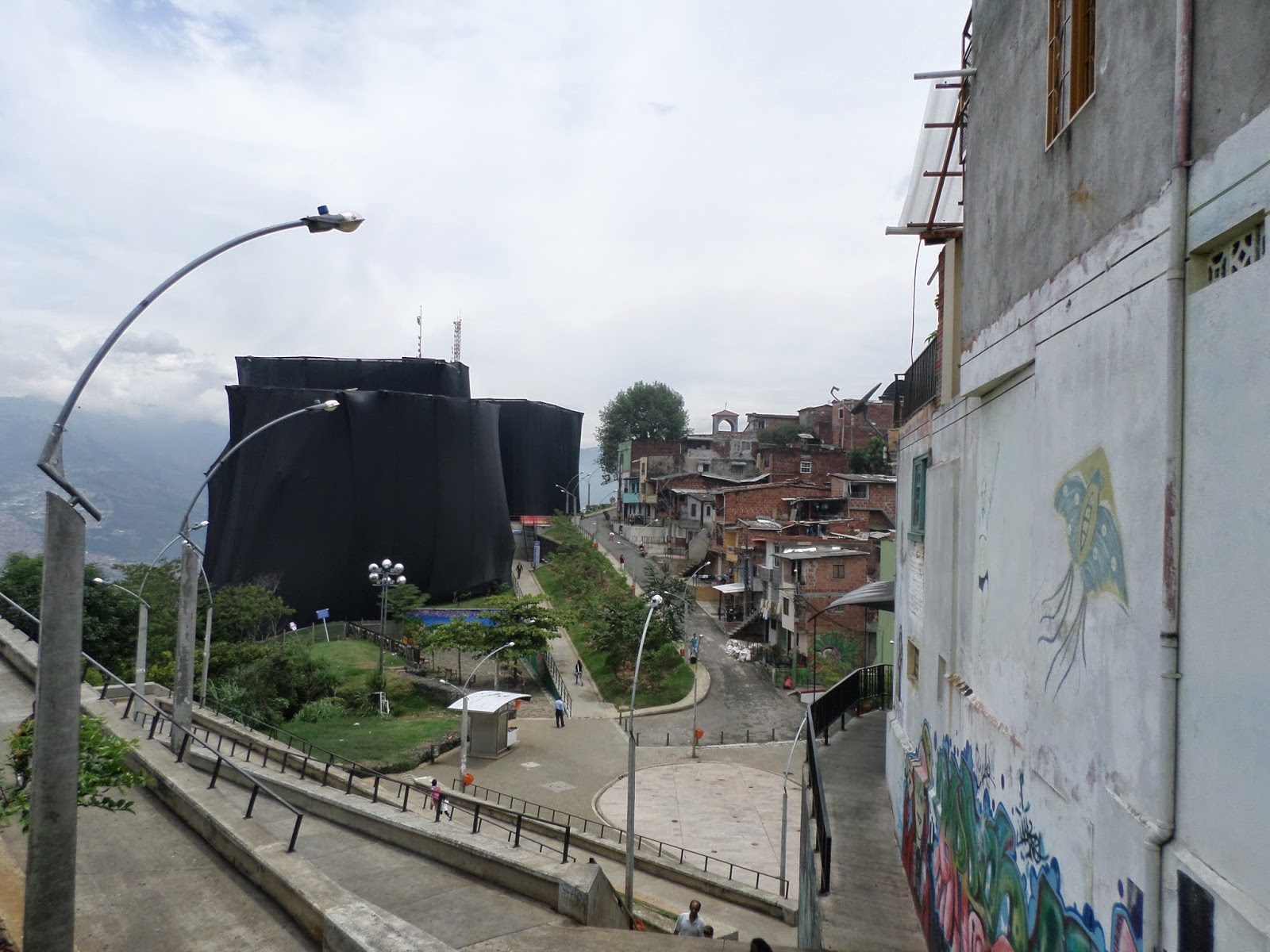 To be honest the library underwhelmed me and I was ready to move on to park Arvi quick since that was the main goal to begin with. I took another metro cable to the park and the trip took about ten minutes.

In case some of you are wondering what a metro cable is, this is it. You can get amazing views of the city from them. 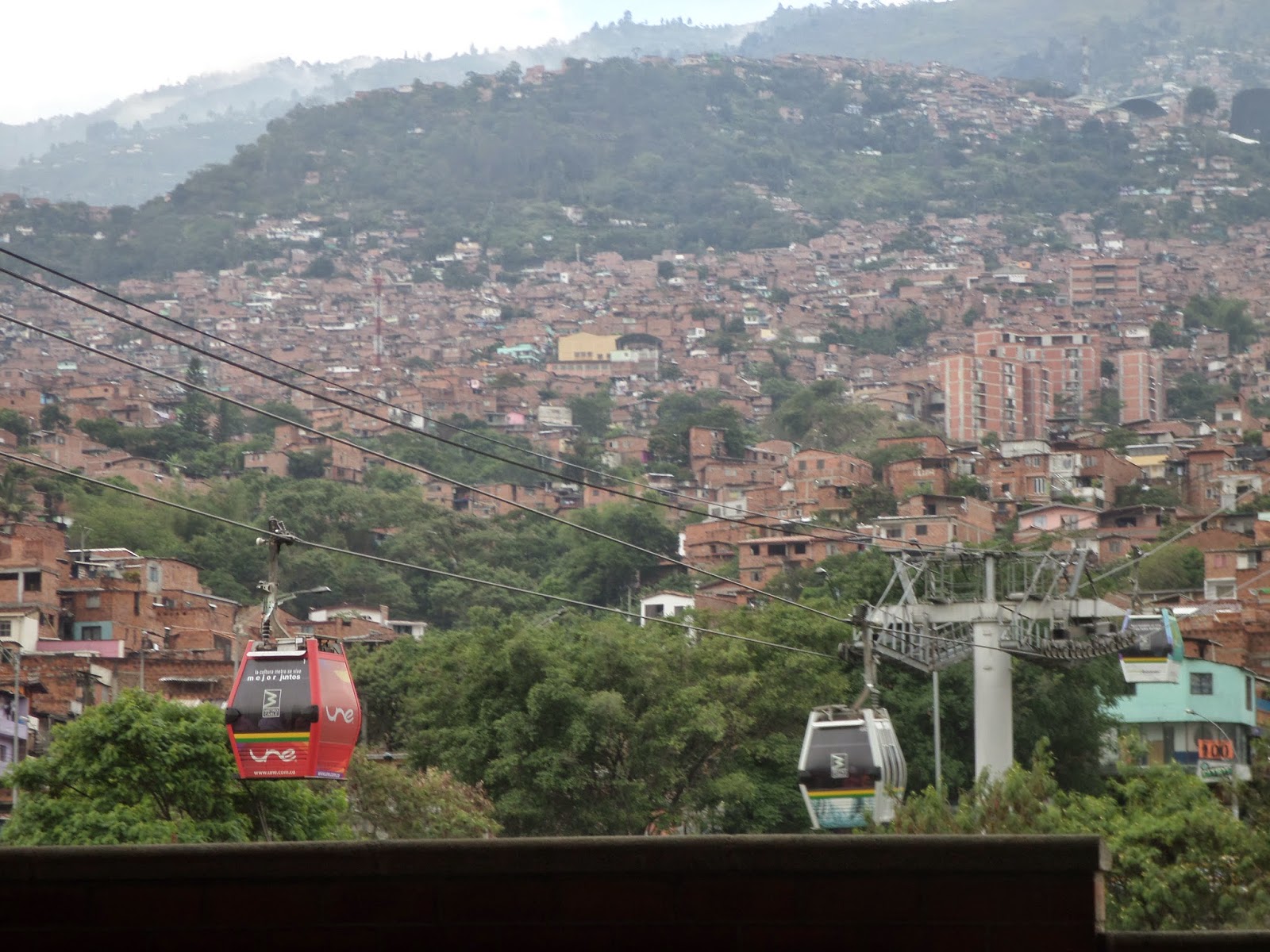 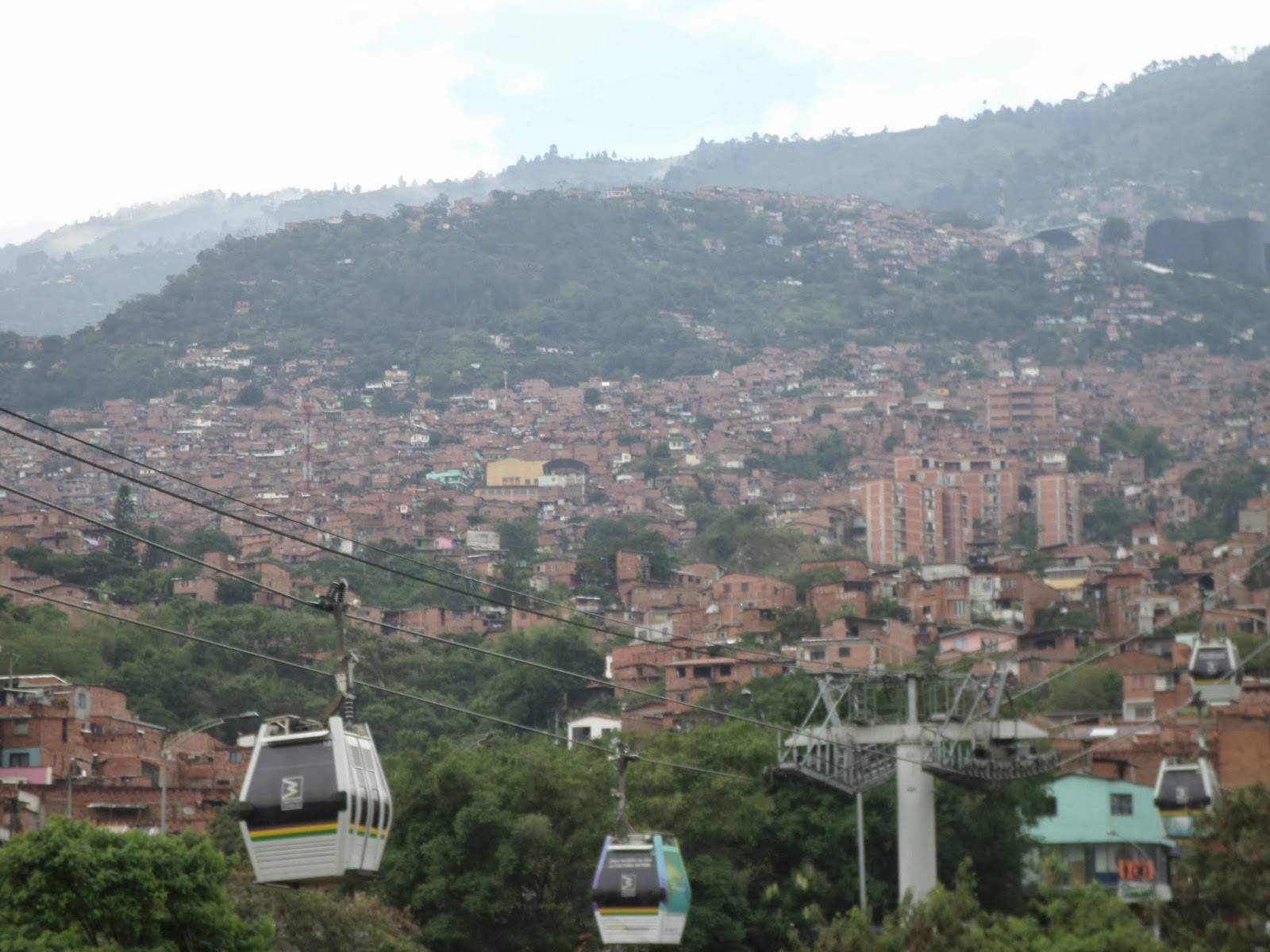 Onto Park Arvi, it is a very tranquil place to hang out and any nature enthusiast would appreciate the beautiful natural surroundings. I came across many campers and I could only imagine how cool it would be to camp out on the park's ground. The only thing that sucked is that the roads were not really pedestrian friendly and didn't have sidewalks, so you had to walk on the road and be careful about oncoming cars. The roads being a bit narrow, it was sometimes scary having to share the space with huge busses that passed by. 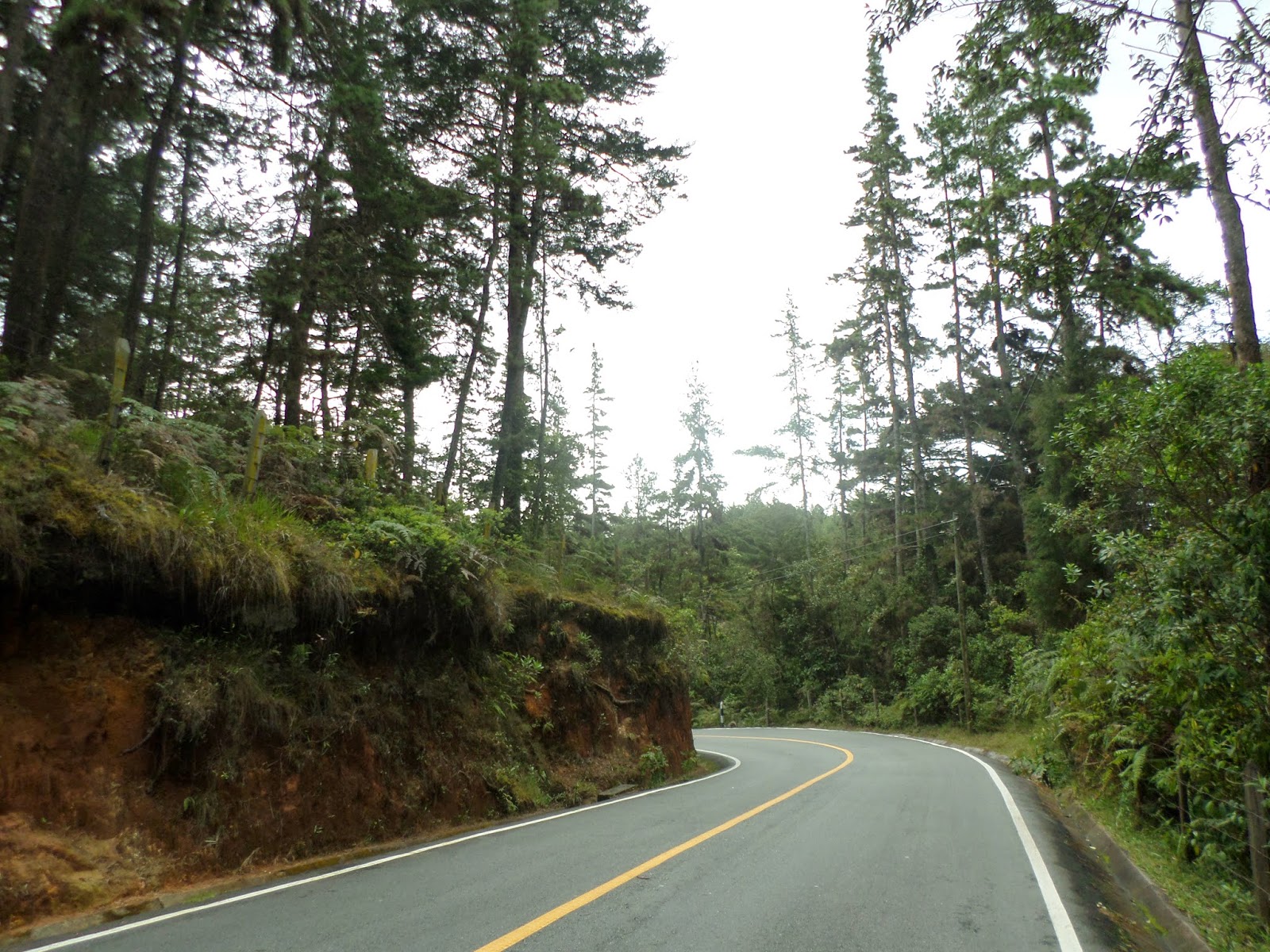 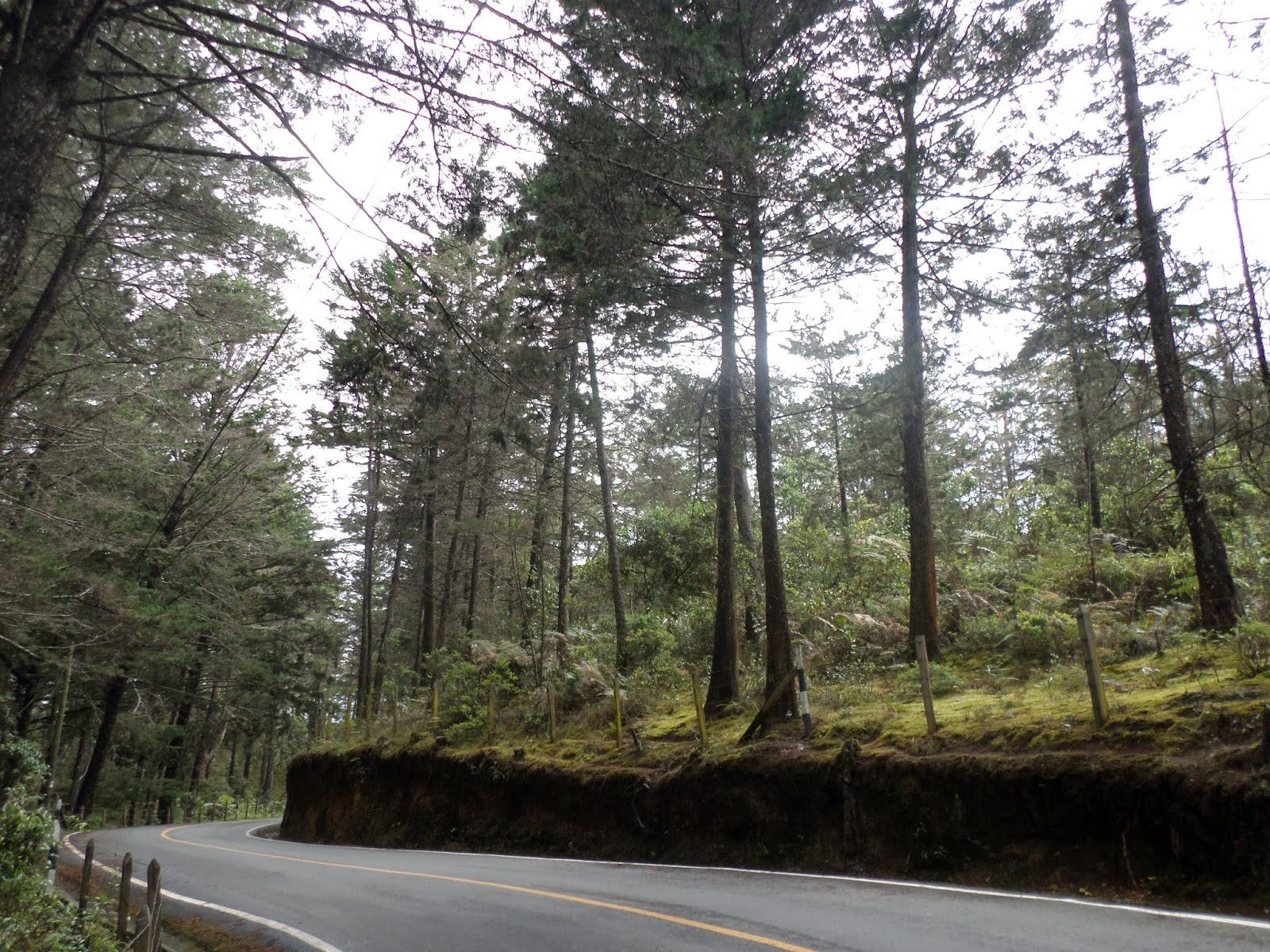 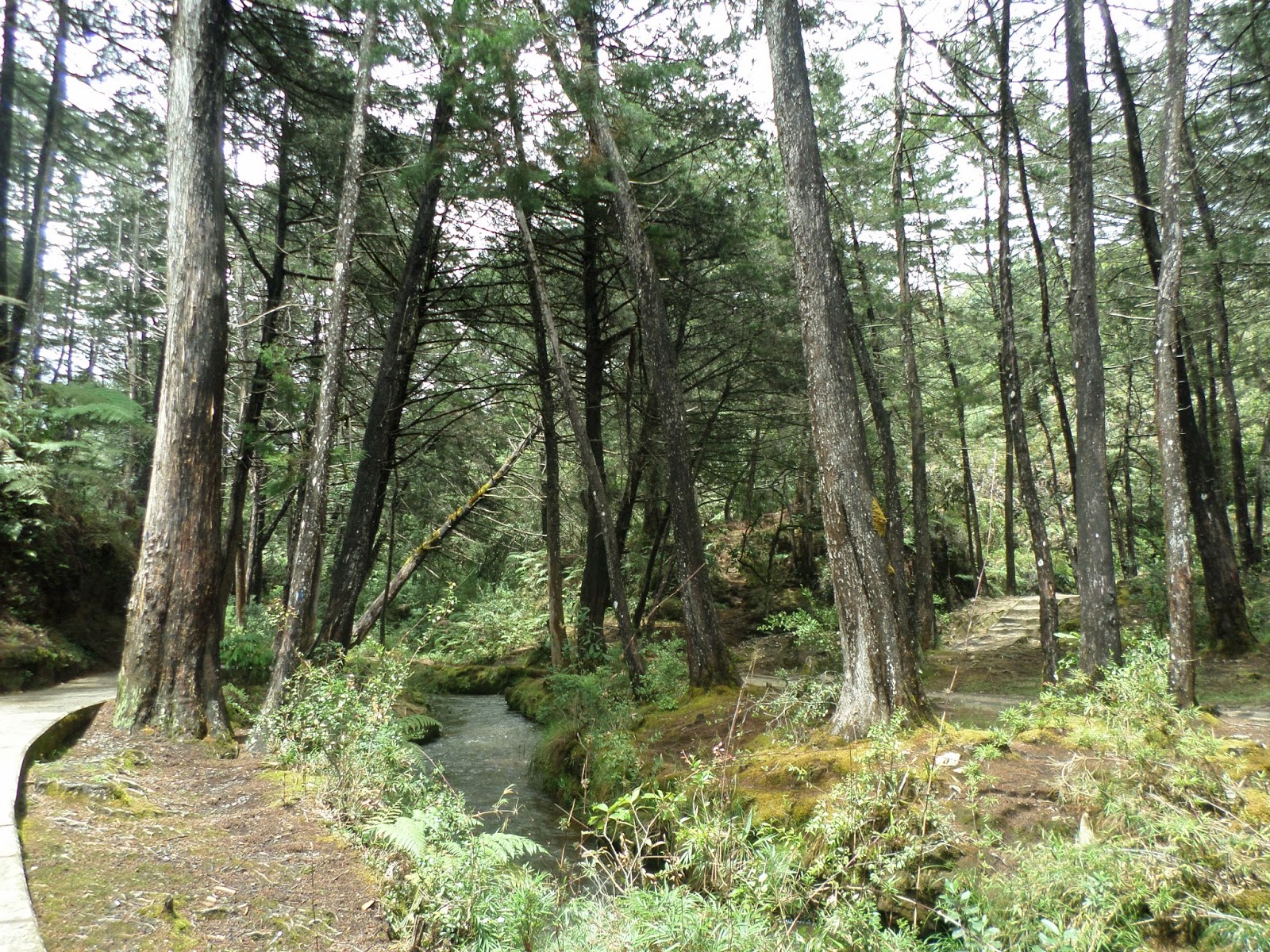 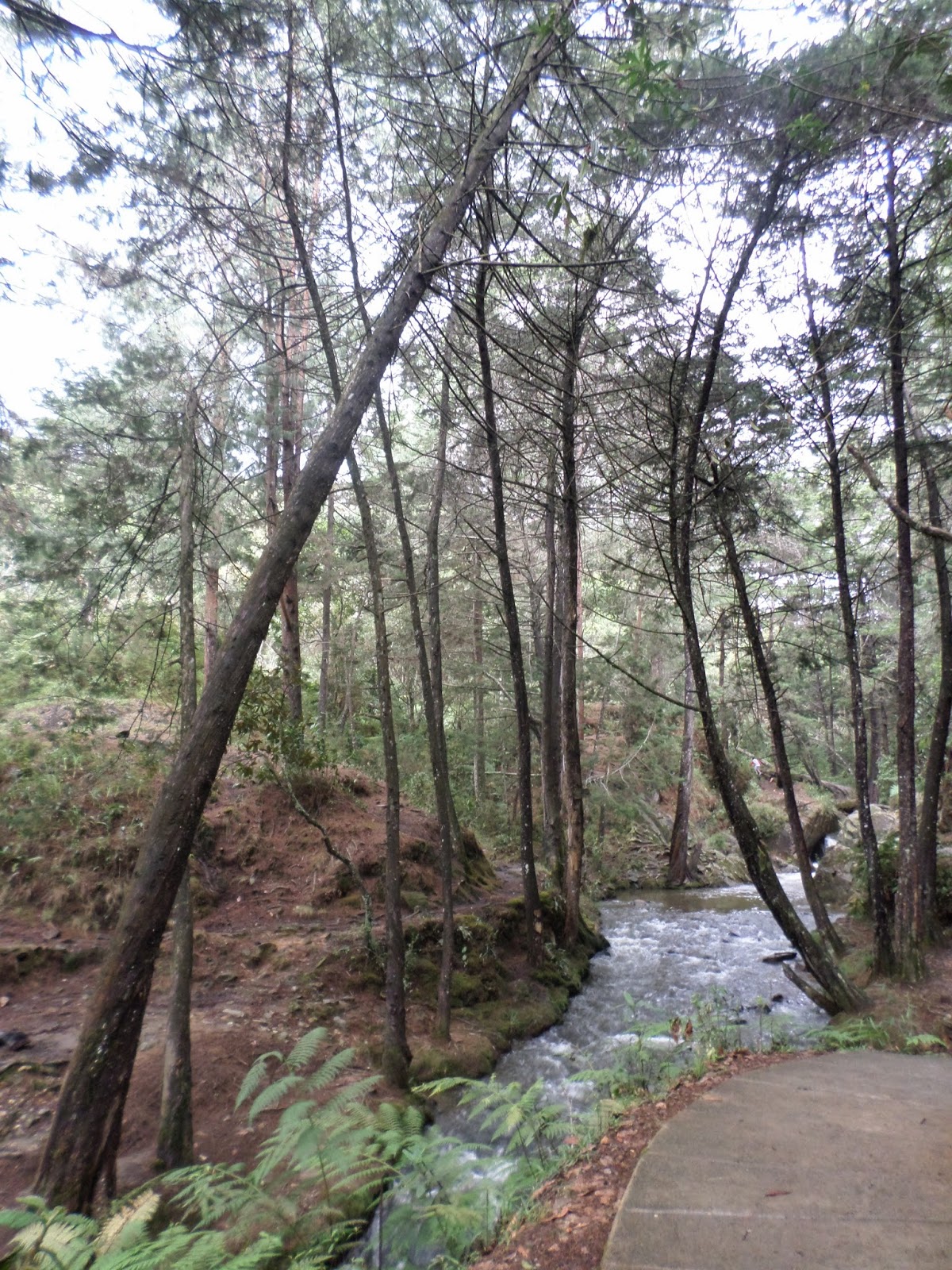 After my peaceful time at the park I decided to go to downtown to get my senses overly stimulated once again by the noise and large crowds. While in downtown It started raining so I decided to check out the Museum of Antioquia, a popular museum that houses a lot of work from Botero, a well known Colombian artist. Of course the museum also houses work from other artists. 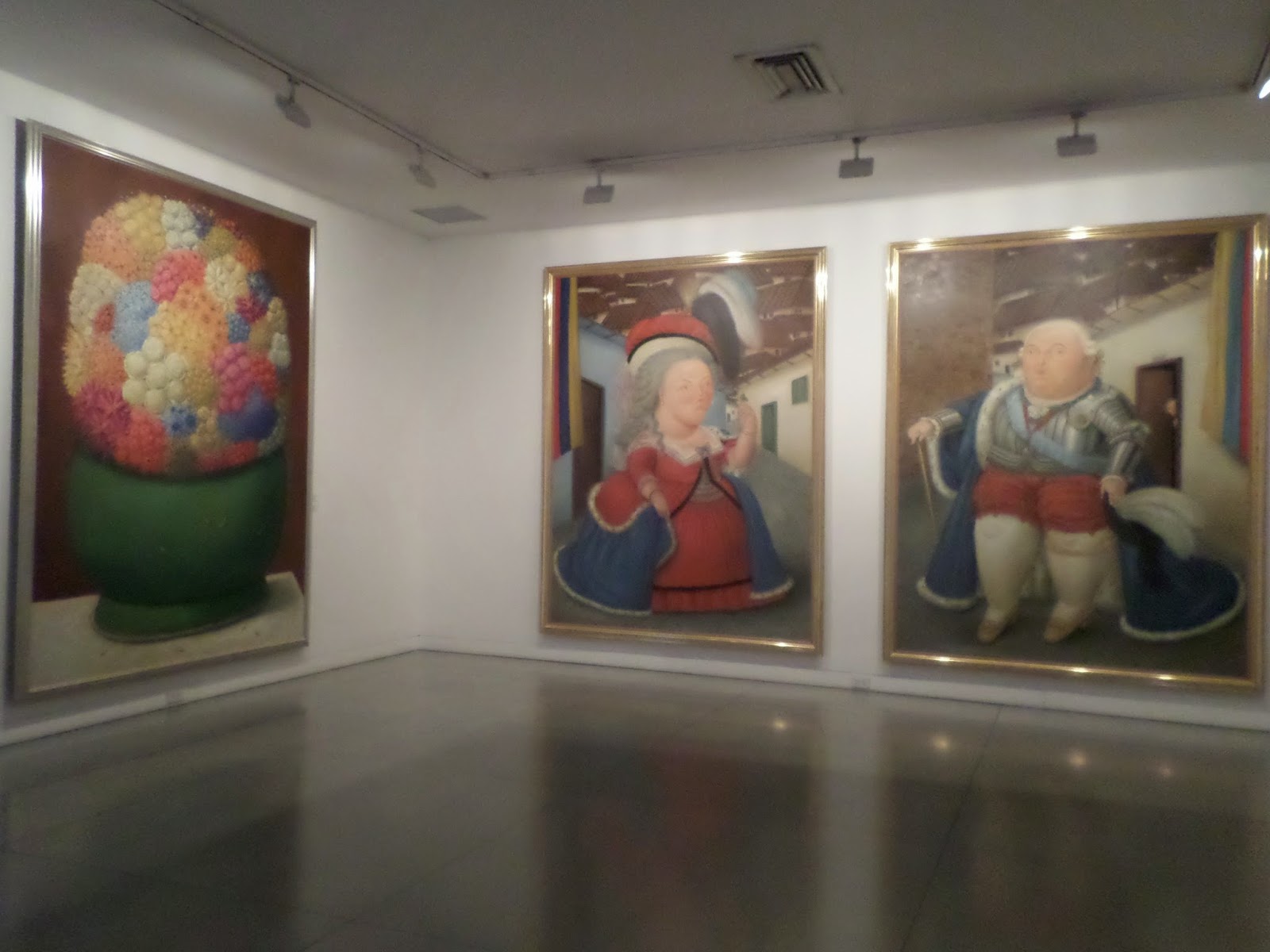 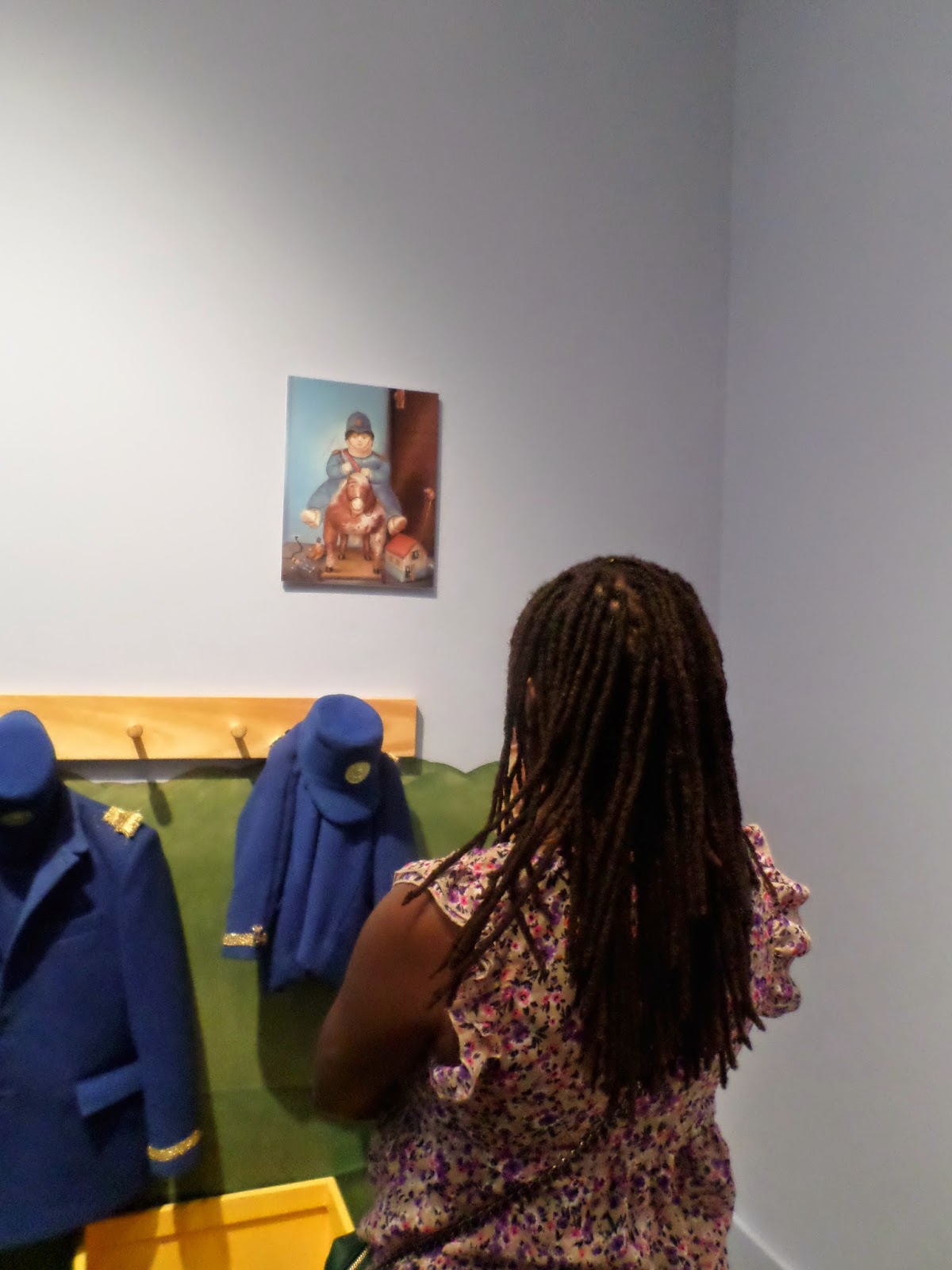 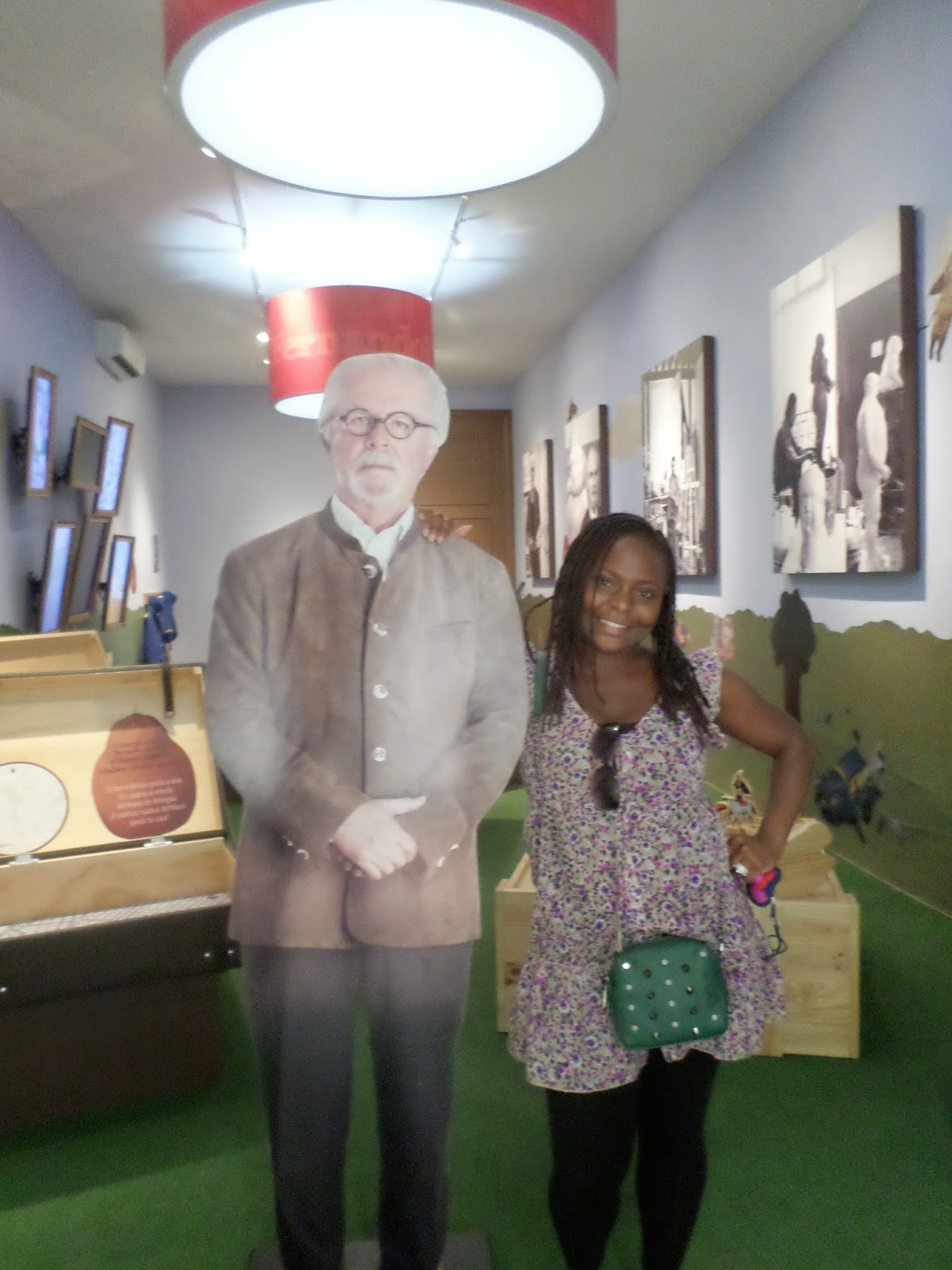 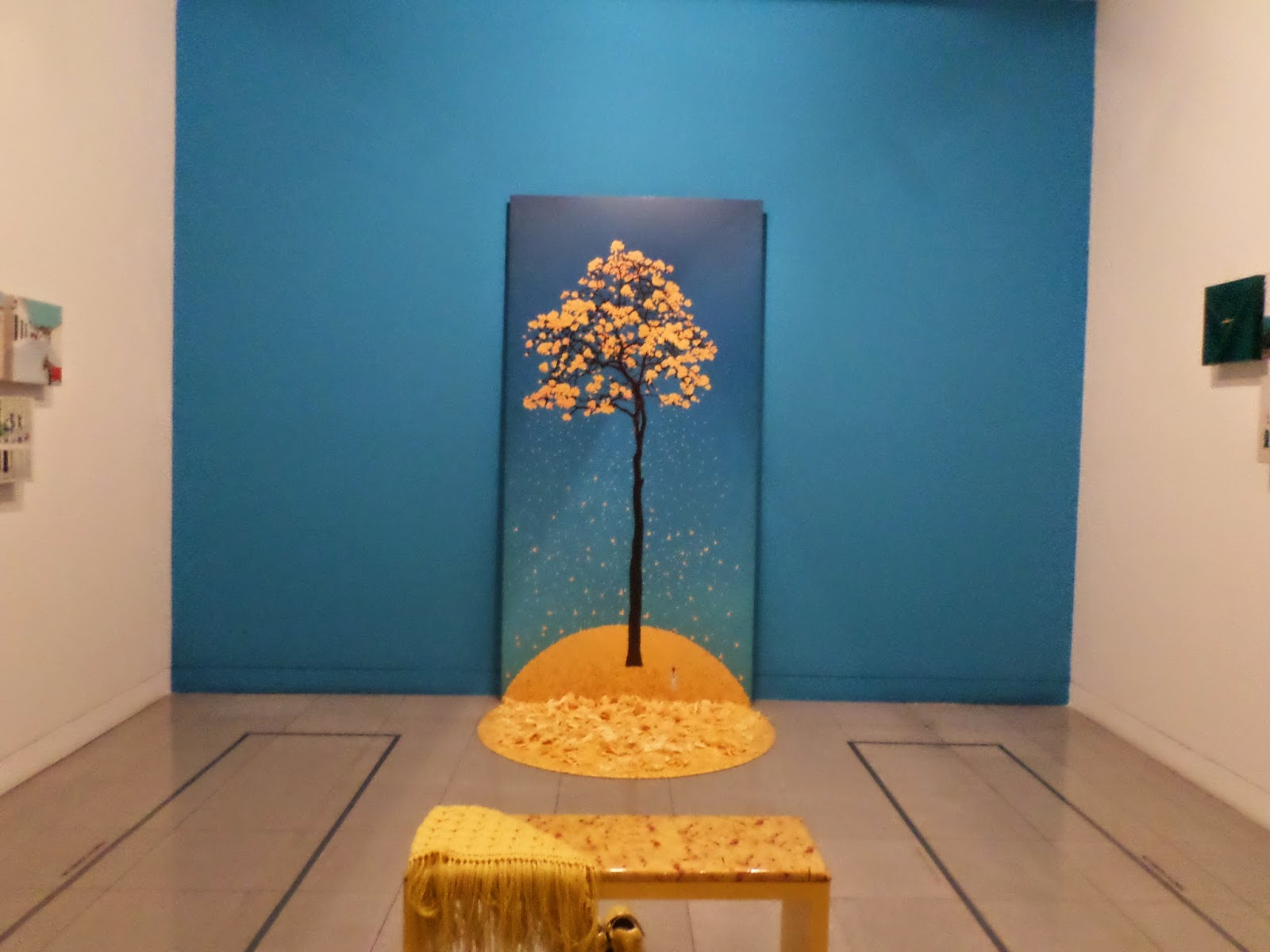 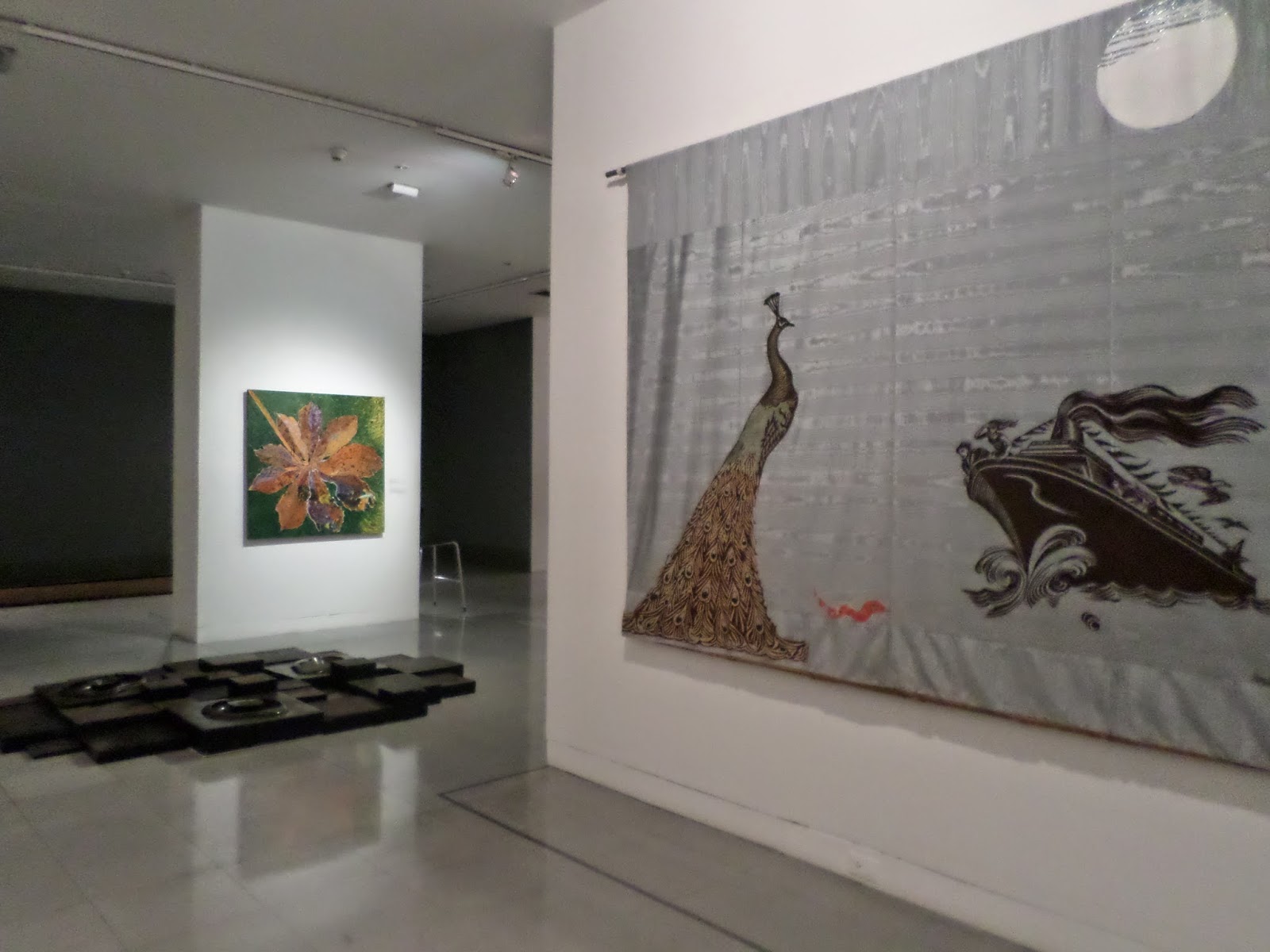 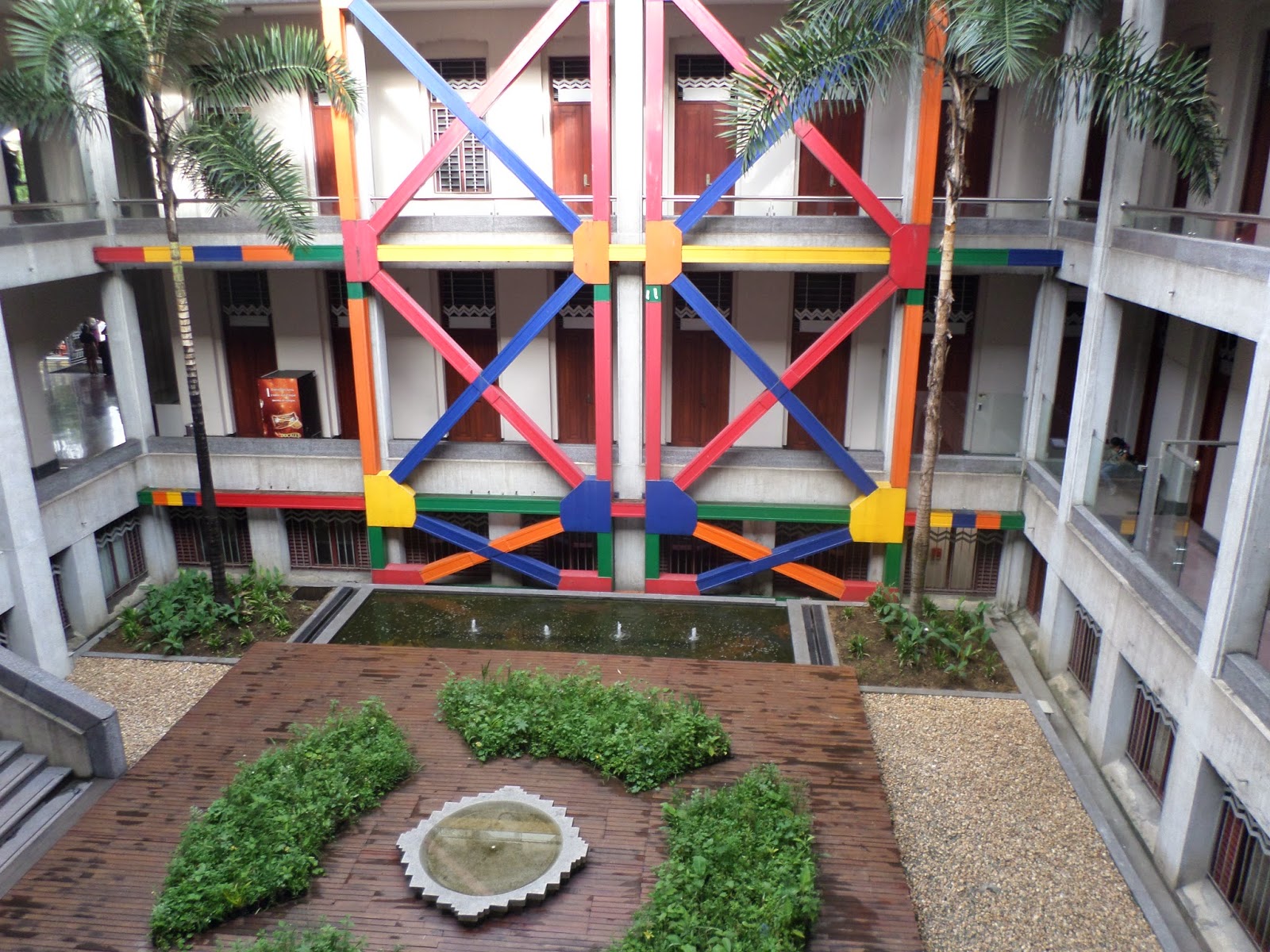 After checking out the museum for a while I decided to head out home because it was getting a little bit late. On my way to the metro I came across a very interesting cultural show that was highlighting various Colombian dances and music, of course I had to stick around for that............ 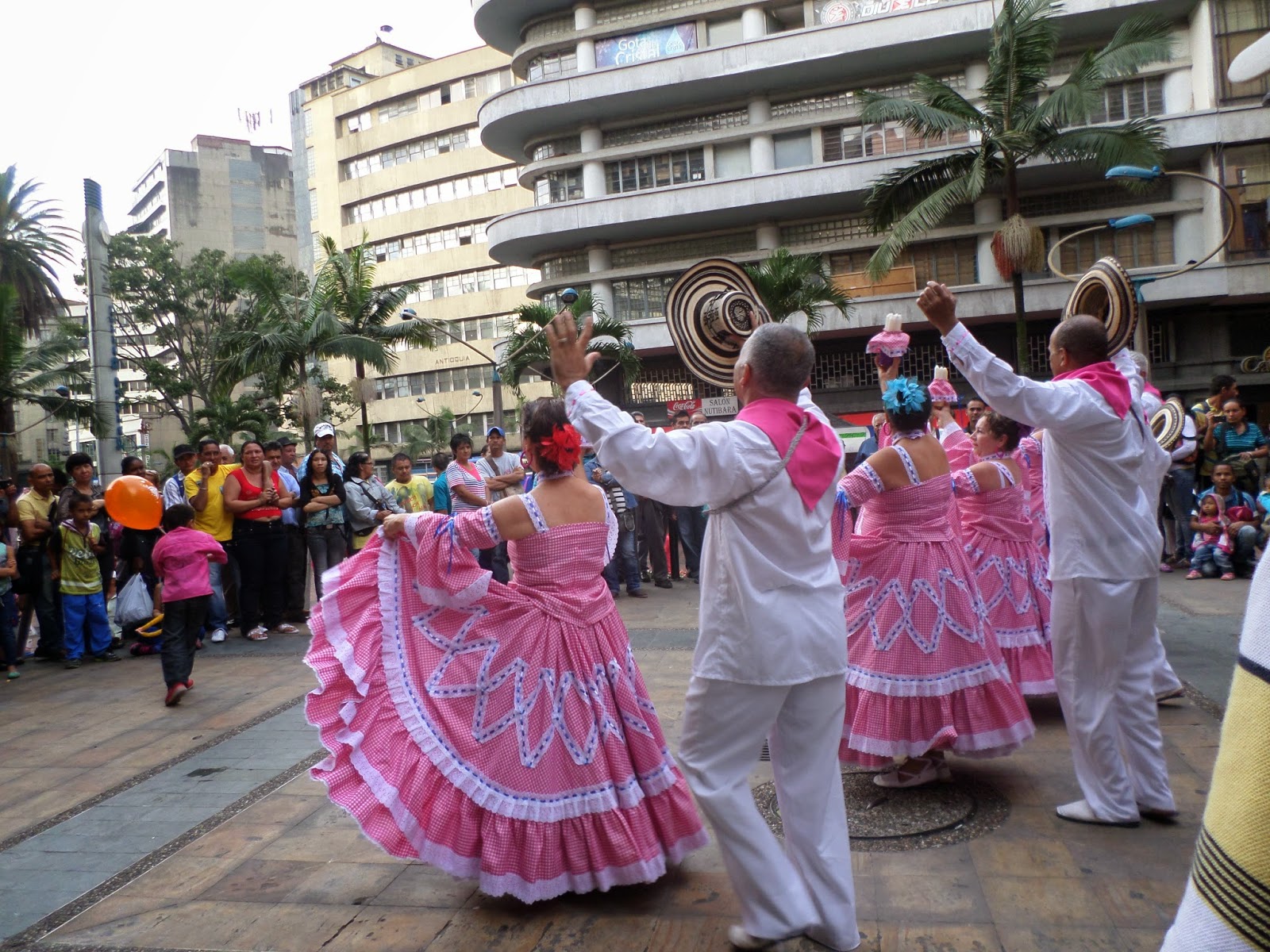 There was even a hip hop urban dance group. 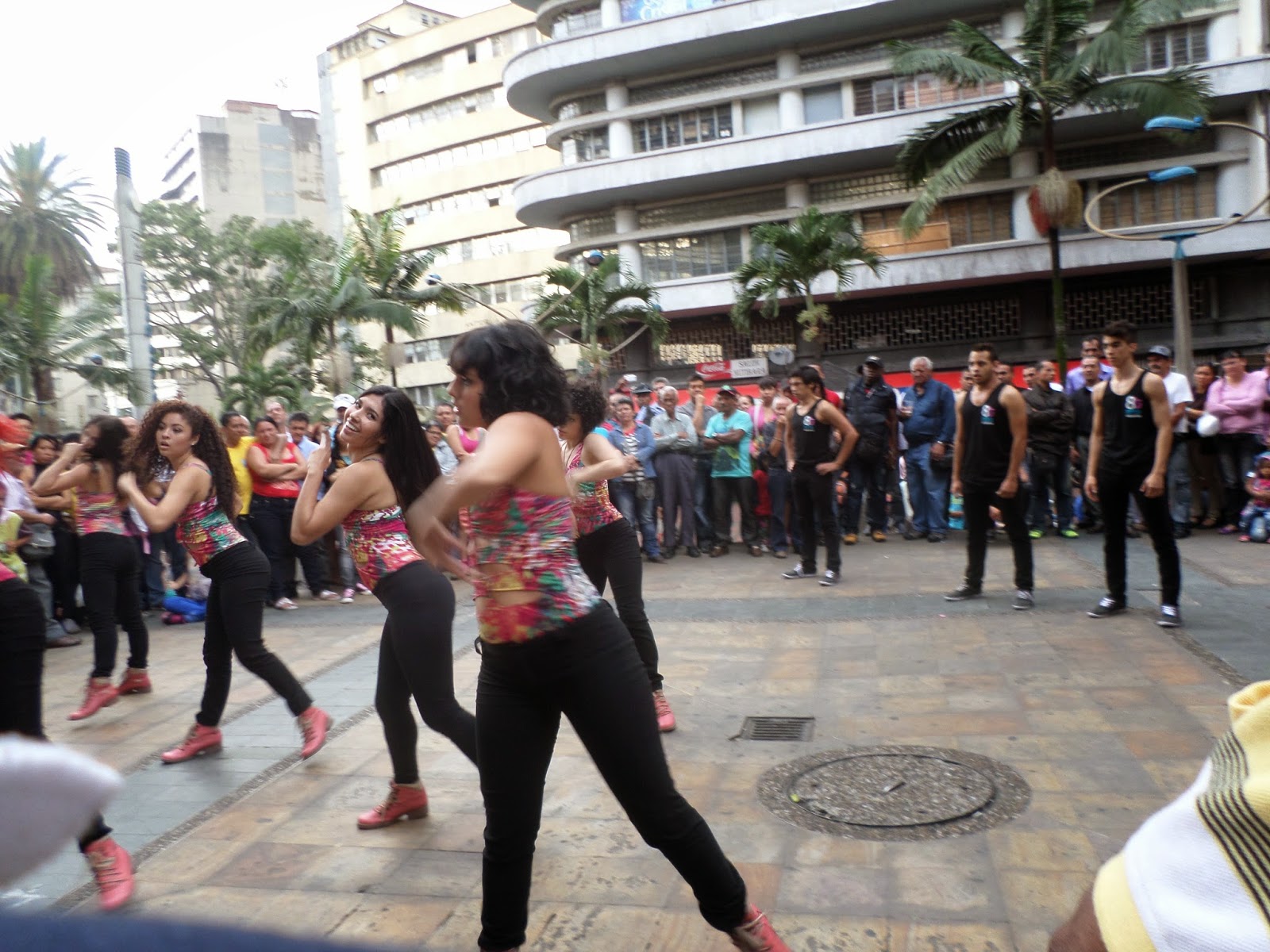 That's it folks, it was an eventful day and hopefully the night will be as eventful since I will finally get to experience the nightlife in Medellin. Is it only me or does anyone else think this post is kind of convoluted with all the details of the day?

It's been raining a lot in Medellin, usually it's in the afternoon or evening to nighttime. Nothing beats taking a nap on a rainy afternoon with the sound of rain beating down the roof. Love it!

After lunch I usually like taking a siesta so when my Spanish teacher asked me how long I nap for I told her around two hours. She was shocked, she thought it was too long. How long are siestas supposed to last anyway? it's not like I have a job to go to after lunch anyway. PS: I am not rubbing that in, although it sounds like it.

I am deathly scared of lightning and thunderstorms. You should see how fast I close my window curtains when lightning strikes, like it would make any difference. Hey! whatever gives me comfort.

I wonder why some bathrooms here have two taps. Both have cold water so what's the point? some even go to the extent of indicating Caliente and Frio (hot and cold). It's like a bad joke especially after you realize there is no such thing as hot water, maybe they were going for a placebo effect?

I wish I knew how to add a drop down menu on this blog, I looked it up online but zoned out after reading the first few sentences of the instructions. I got intimidated with all the information. I still need to figure out how to upload videos from my camera onto this blog.

The Spanish accent in Medellin is different from the one I am used to in Cali. It sounds very fast and has like a singsong ring to it.

My host in Medellin was telling me to check out a cheaper grocery store near the house and she gave me directions plus the name of the store, The Uno. I thought it was a weird name and walked up and down the block several times looking for it without luck until guess what? it occurred to me that I got the name wrong. It was D1, you see in Spanish the letter D kind of sounds like the word "The" and of course the number after the D is 1 which is uno in spanish. The store's name was actually D1 not "The Uno." When I got back to the house and she asked why I was gone for so long since the store is right round the corner, I was too embarrassed to mention my error.

Reasons why Spanish is so complicated in my opinion: one word can have so many meanings so it all depends on the context, the verbs! don't even get me started on the irregular verbs and how drastic they change depending on how they are being used, everything has a gender and should be referred in the right gender assigned form as feminine or masculine......sometimes it's not always the case, some items sound feminine but are referred to in a masculine form.

You would think placing your used toilet paper in the bin next to the toilet instead of flushing, would result in a funky smell but nope. The toilets don't smell bad surprisingly..........in case you forgot this, I had mentioned that people don't flush toilet papers here because of plumbing issues.
- April 27, 2014