I had mentioned before how some of the mannequins here have certain parts really pronounced. I had first noticed this in Panama then when I came to Cali I saw the same thing and decided to start taking pictures of these mannequins just to show what I mean. Trust me I have seen others that are way more well endowed, I just never had the chance to take pictures. 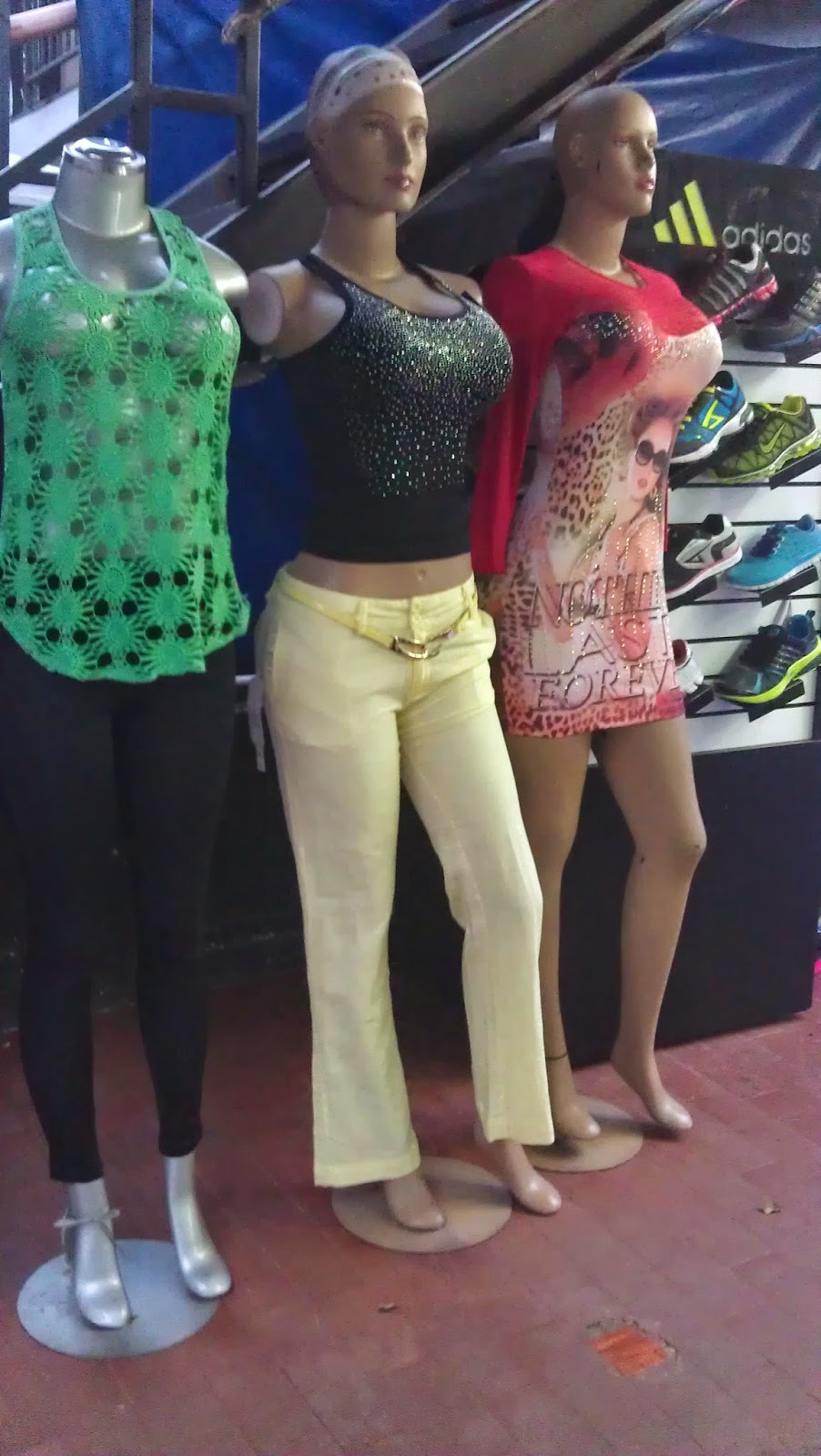 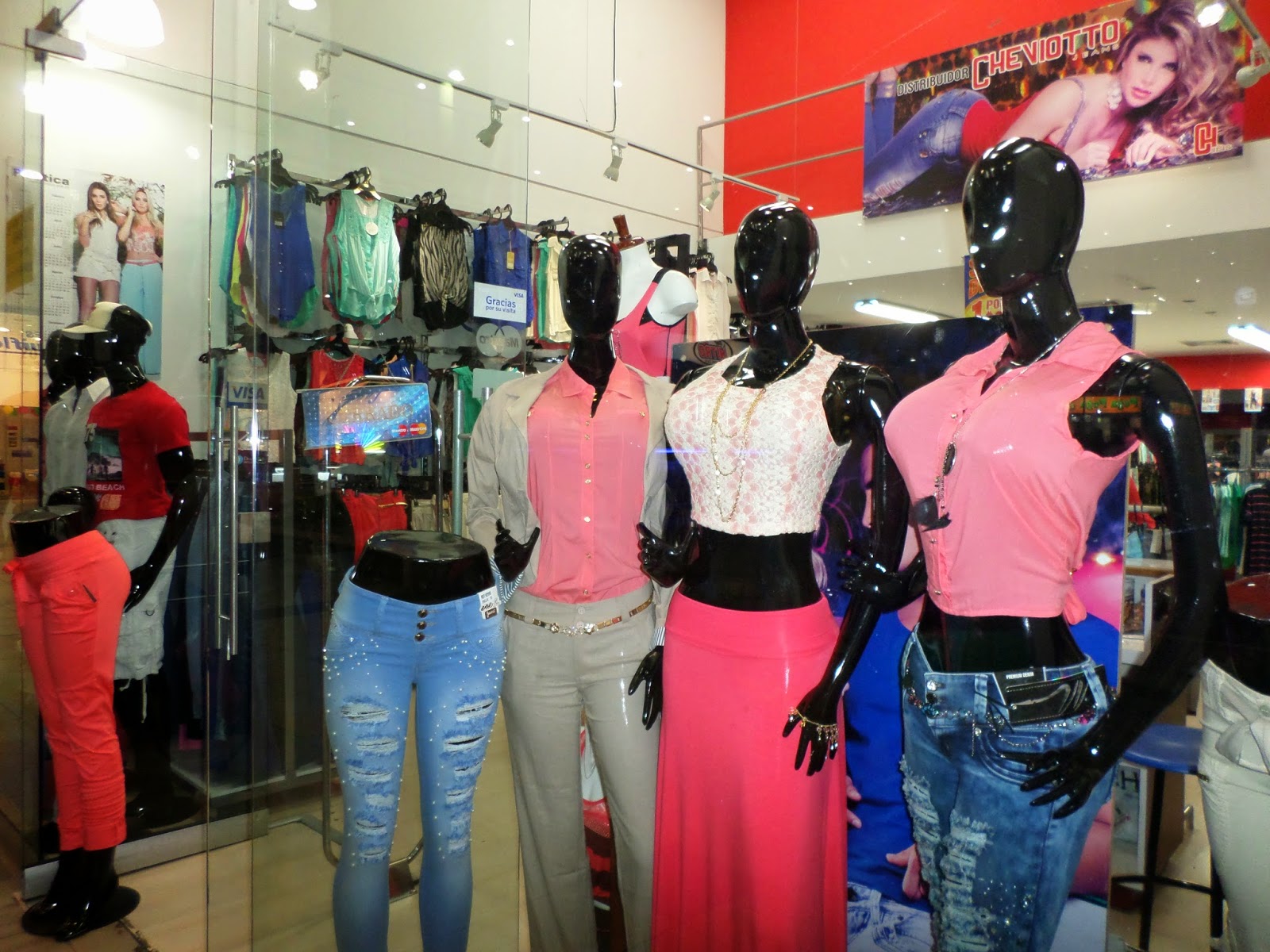 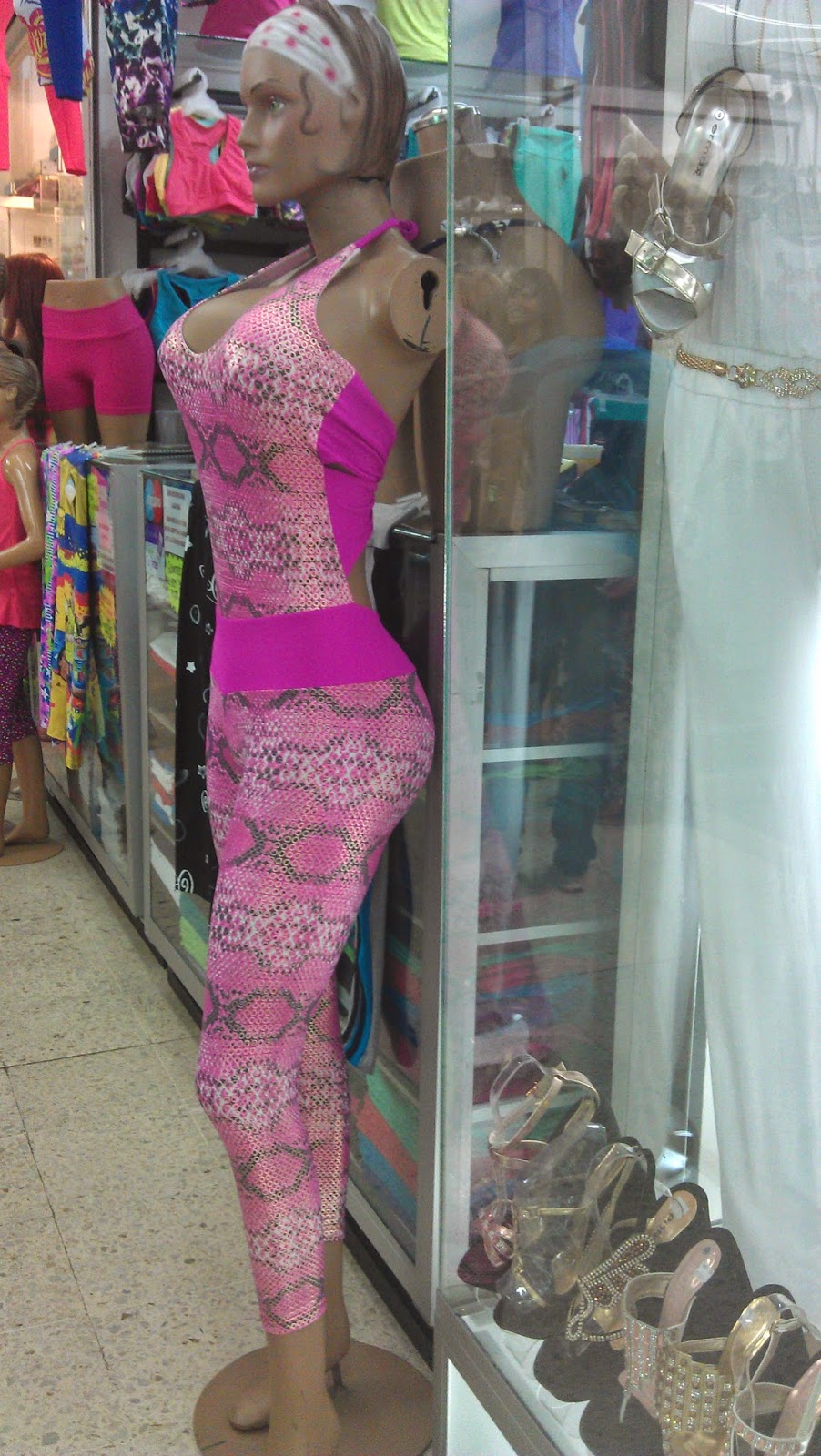 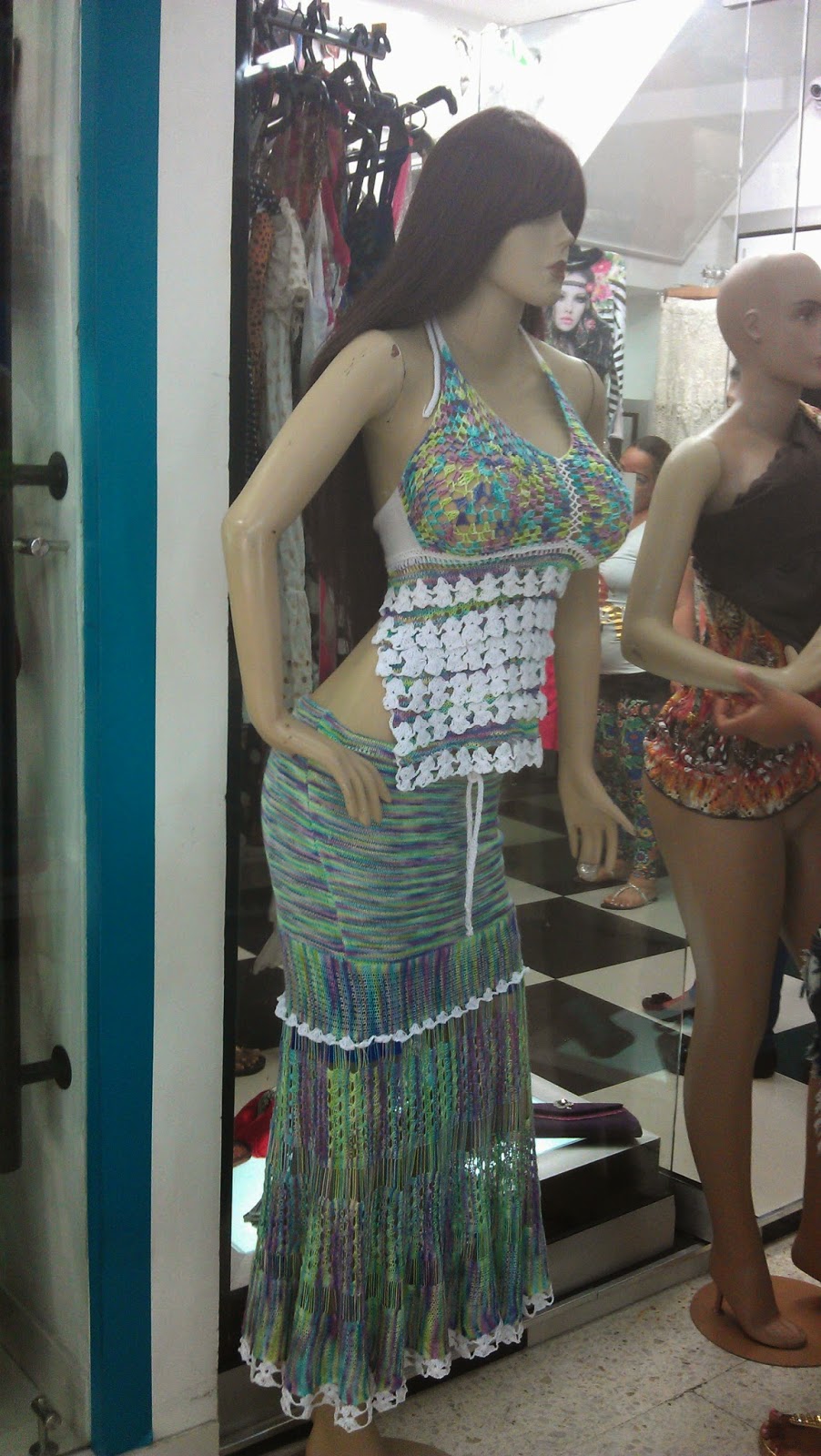 Can't forget the fellows too now can we? 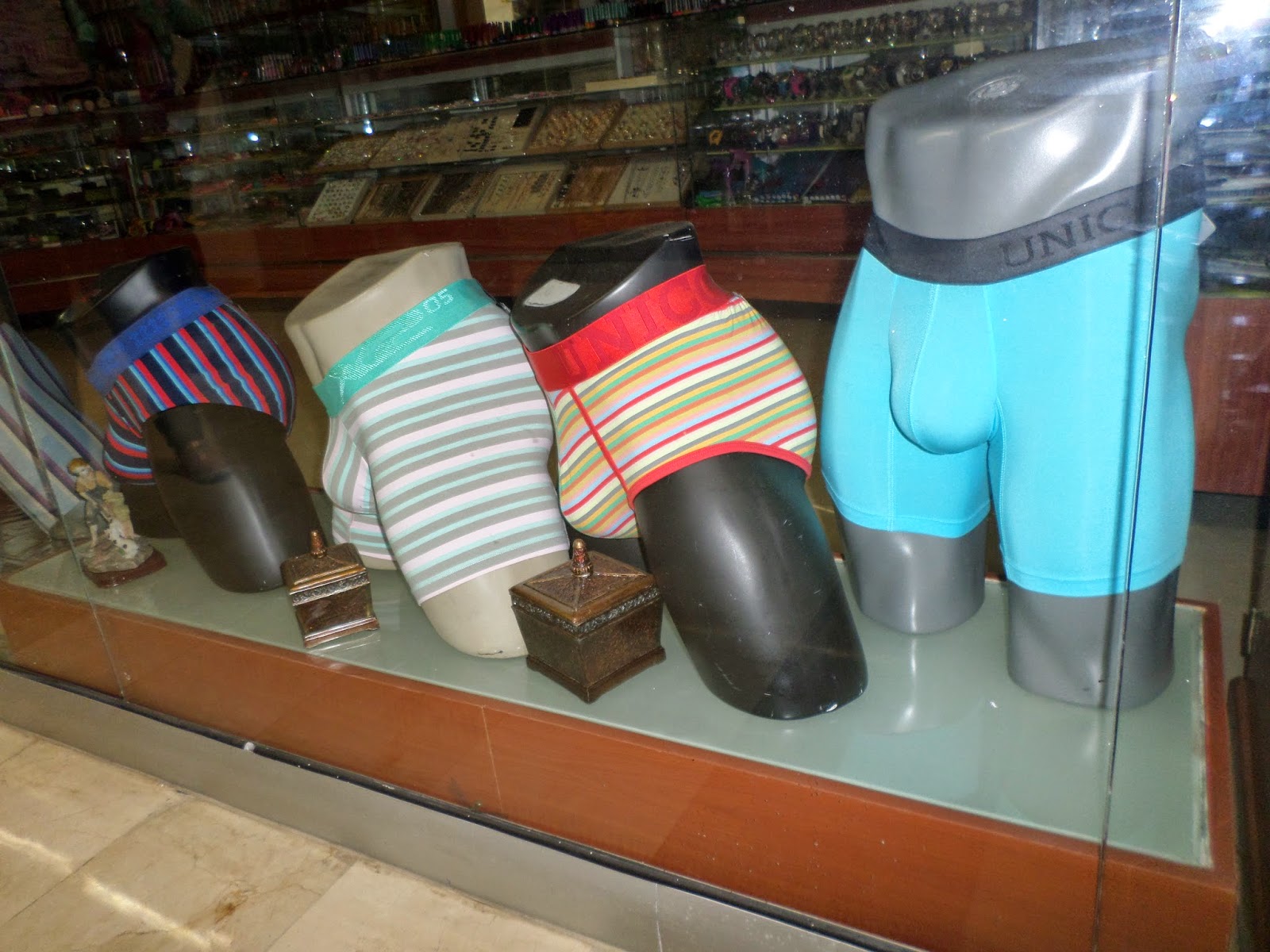 That's it folks, nothing left to say the mannequins speak for themselves.

Radom Thoughts of The Day:

Whoever thought good ole' MacDonald's would be considered a status symbol? turns out MacDonald's over here is expensive and going to eat there is like the "in" thing. The food sucks (not my words though I agree) but some people don't mind the expensive menu, it's more about being able  to say they ate at MacDonald's because it's considered trendy. Mickey D got it like that over here.

There is a famous telenovela from Brazil titled "Avenida Brasil" that comes on everyday.............okay I just lost my train of thought here, what's my point? Ooh! yes, I wanted to say that with all the many telenovelas, shows and advertisements on TV, black people are either not represented at all or under represented (Colombia has a large black population). I brought this up to Fernanda and she shrugged her shoulders casually remarking, "racistas" (things that make you go hmmm?)

Speaking of race, the other day Fernanda's daughter looked at her arm then said, "we are all from Africa" I said yes then the grandmother explained to her how slaves were brought to Colombia from Africa. Gabriela (Fernanda's daughter) did the cutest thing afterwards, she innocently went to the computer and put on Joe Arroyo's song "La Rebelion" and started singing and dancing to it. PS: The song is about a slave's rebellion against his "master". The song is played a lot at salsa clubs.

I once met a couple who had gone to Brazil on vacation and they mentioned that Brazil had many black people. I told them that outside Africa Brazil had the largest population of black people then I told them about the slave trade, they were shocked. They thought black people in Brazil originated from Brazil. Three people ended up very shocked after that conversation.

I have to buy a pair of jeans here before I leave because from the fittings I have seen so far, the jeans really flatter the figure.