Thanks to Fernanda's mum and aunt I found out about this really cool park that's within walking distance to our apartment. The walk to the park is a workout in itself but totally do-able. The park is big and has plenty of activities for any work out enthusiast. You can work out with: machines, weights, take a dance work out class or bootcamp. Everything is free aside from the bootcamp class.

The three of us have decided that everyday from Monday to Friday we will be walking to the park in the morning to work out. Turns out people go as early as 5 in the morning and at night it gets more packed. During the day it's too hot so that's why early morning and late evenings/nights are popular work out hours. I managed to take a few photos at the park. Enjoy! 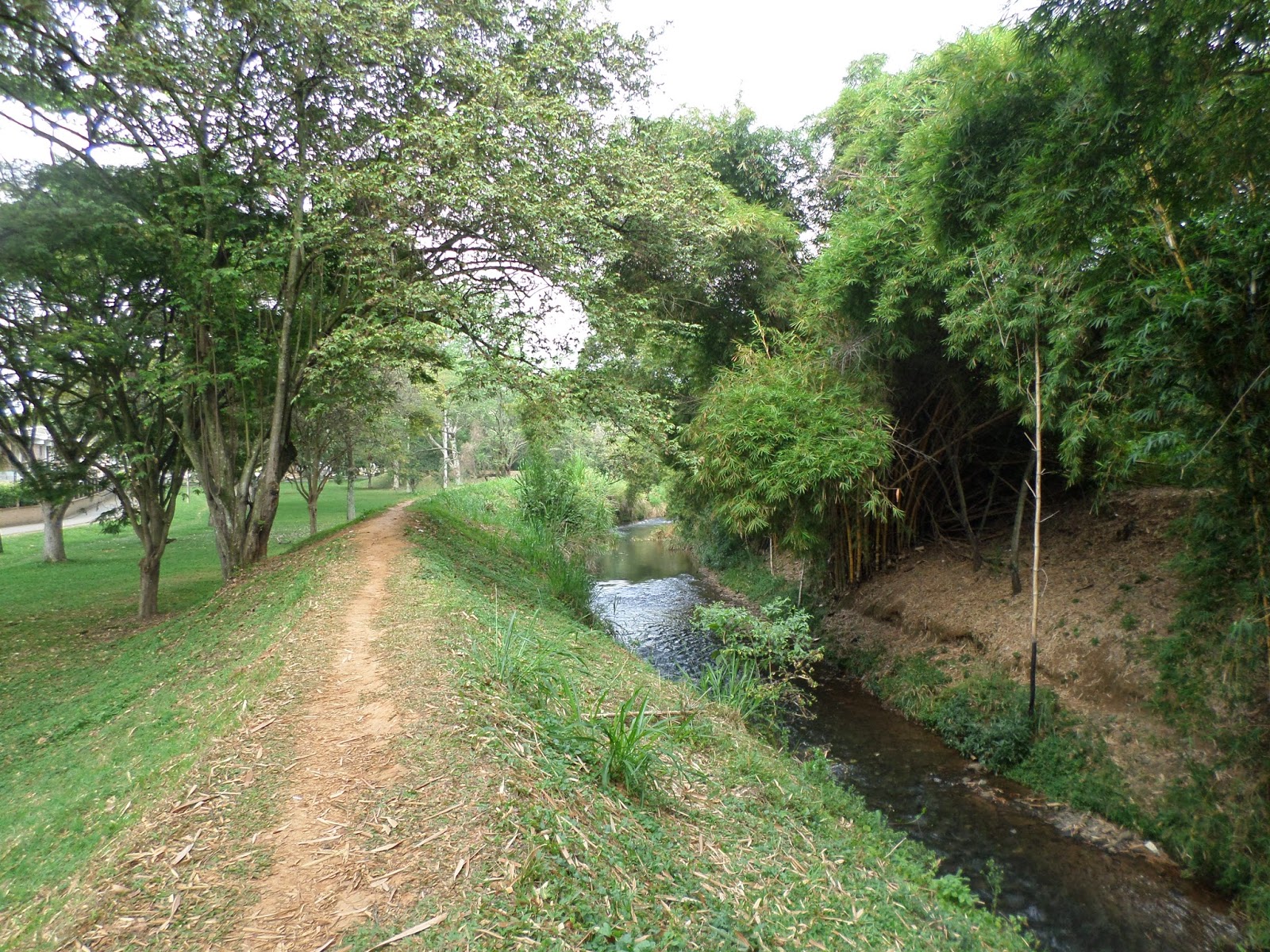 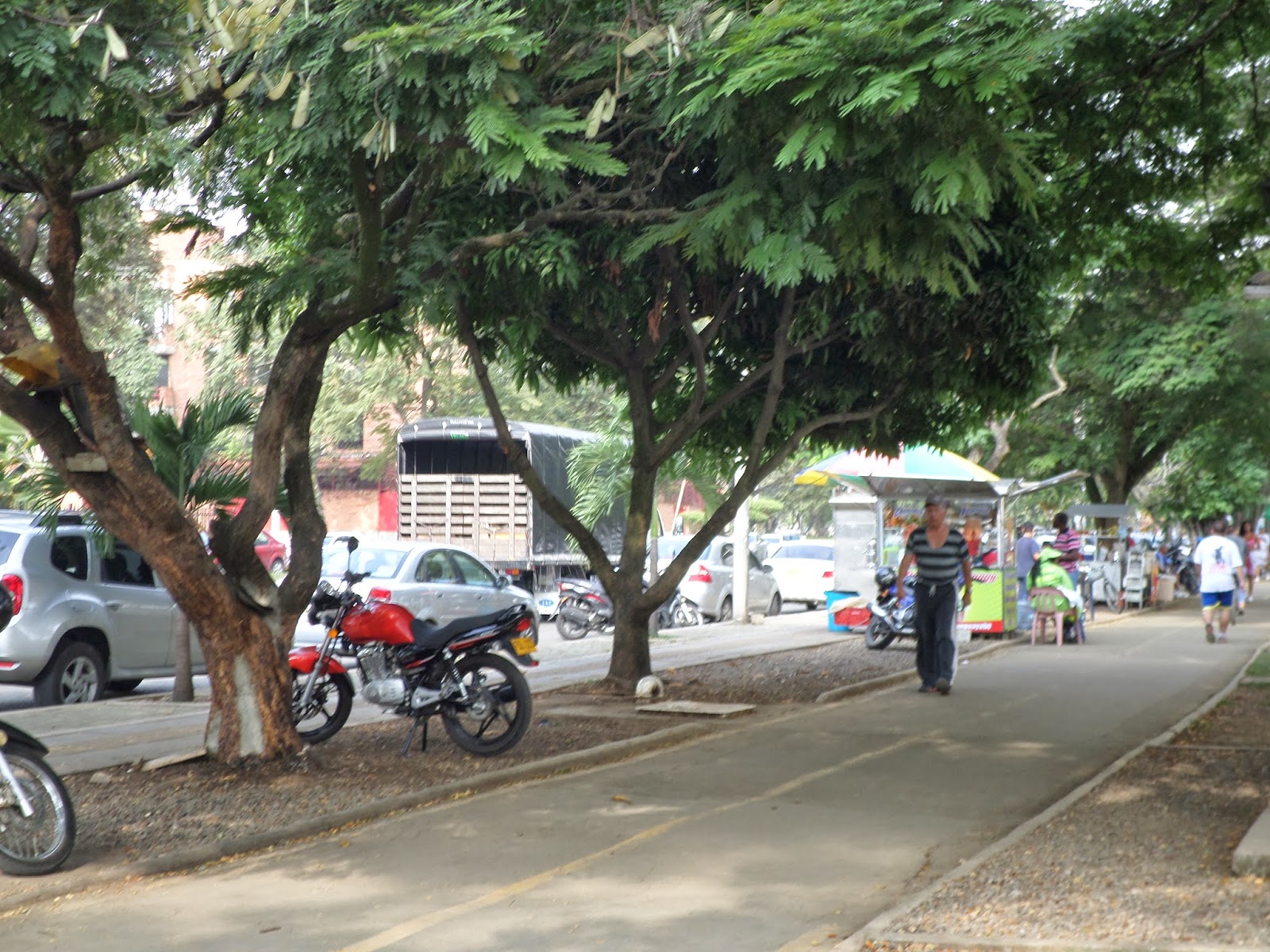 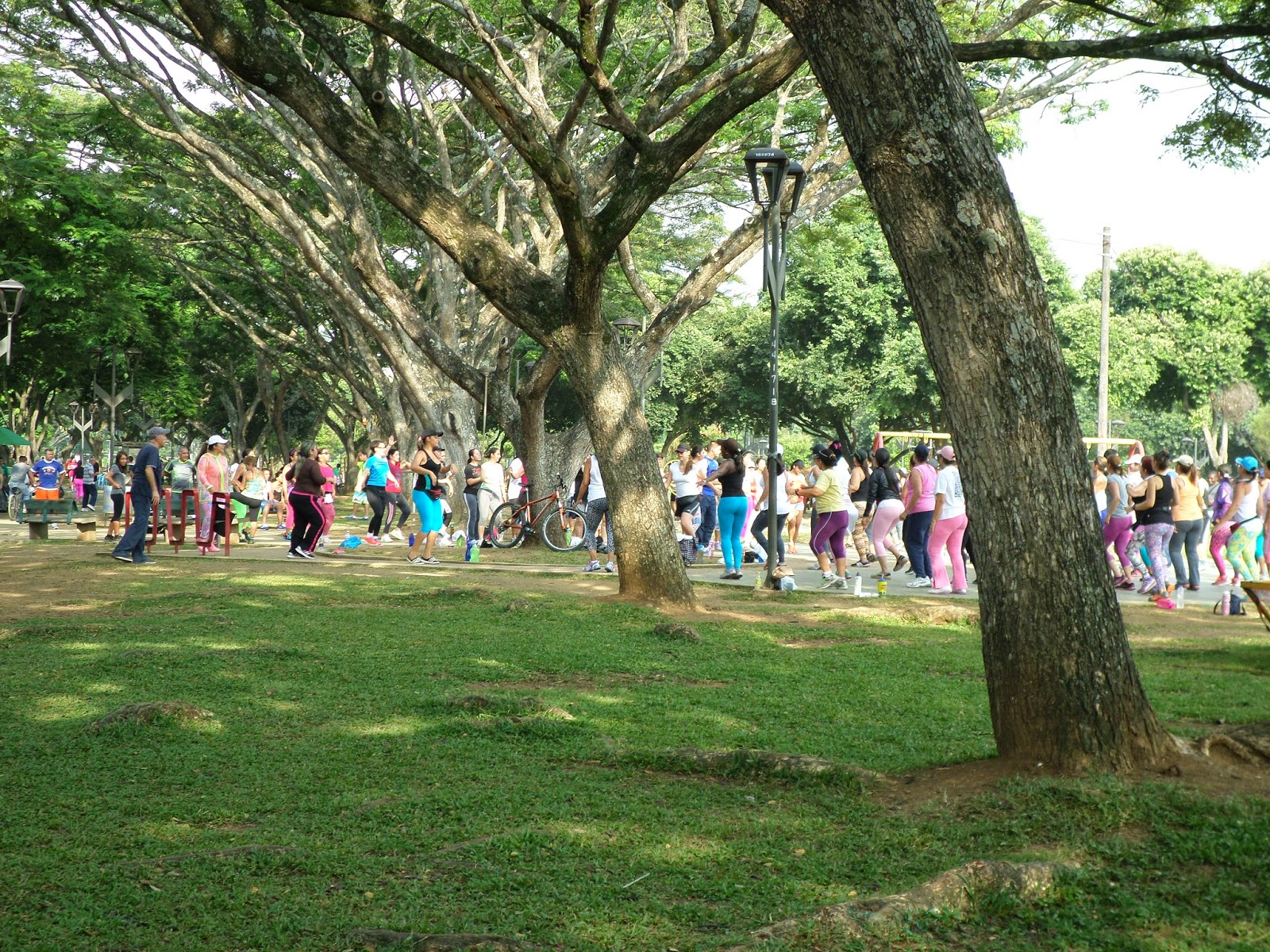 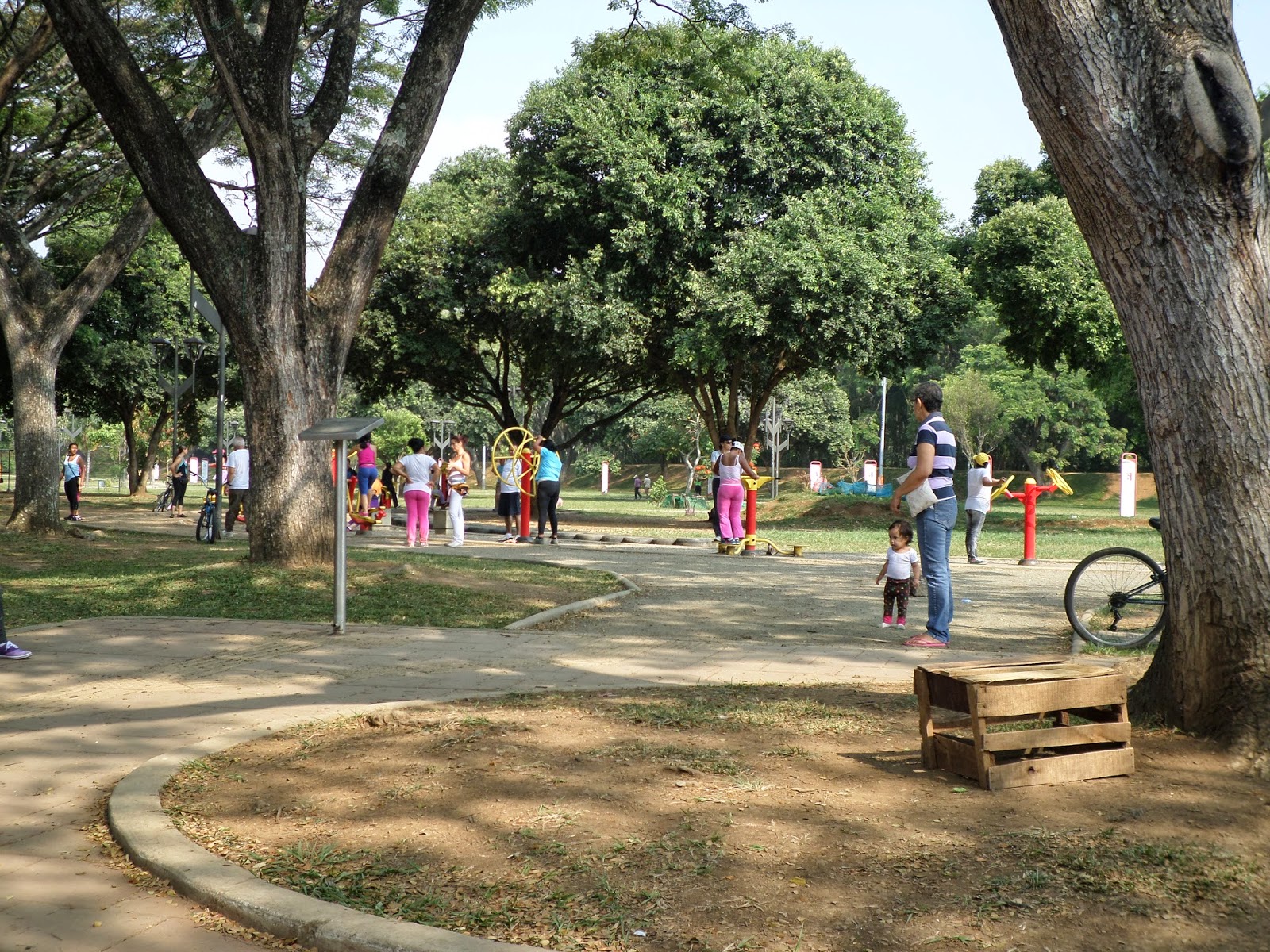 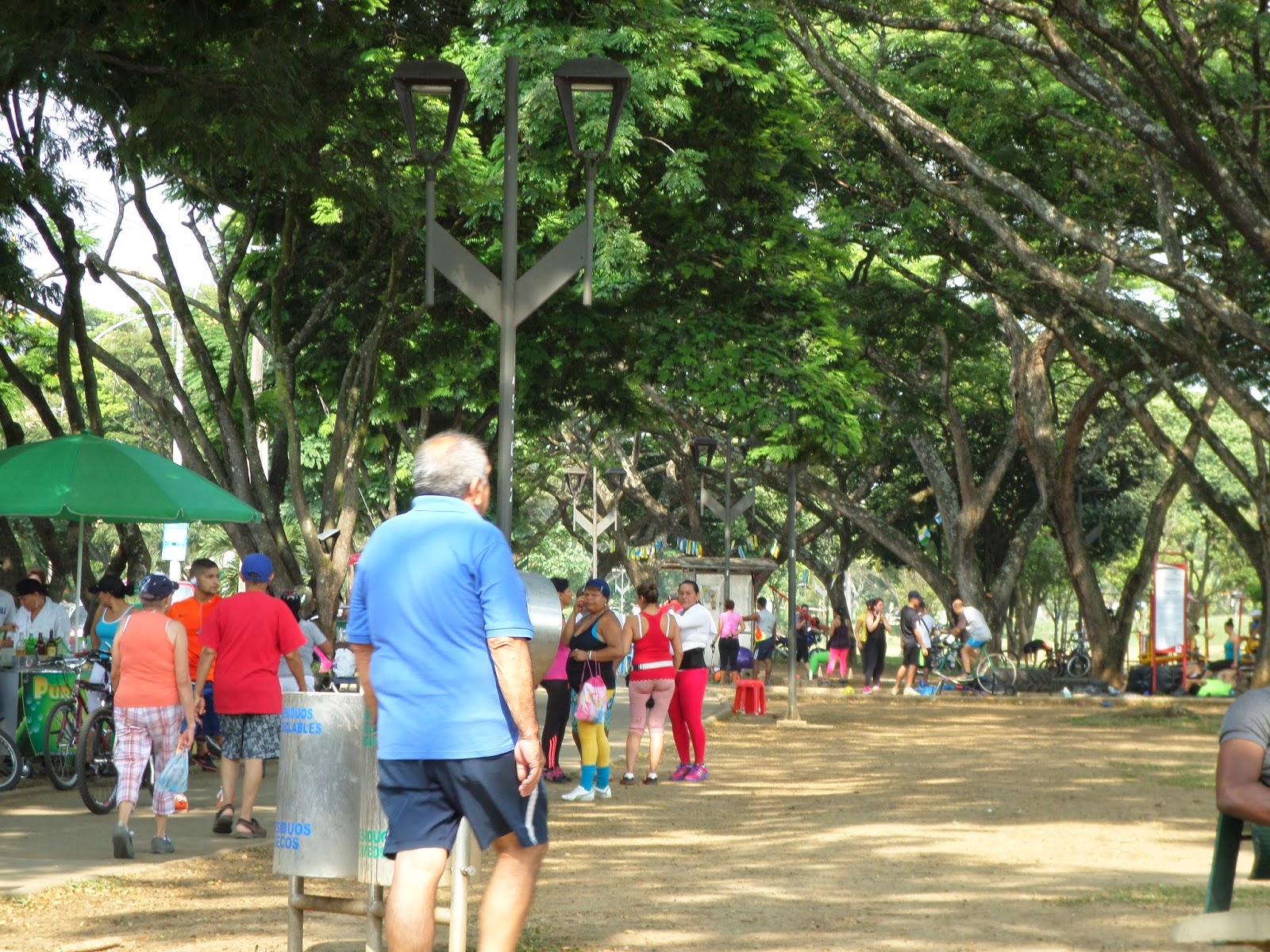 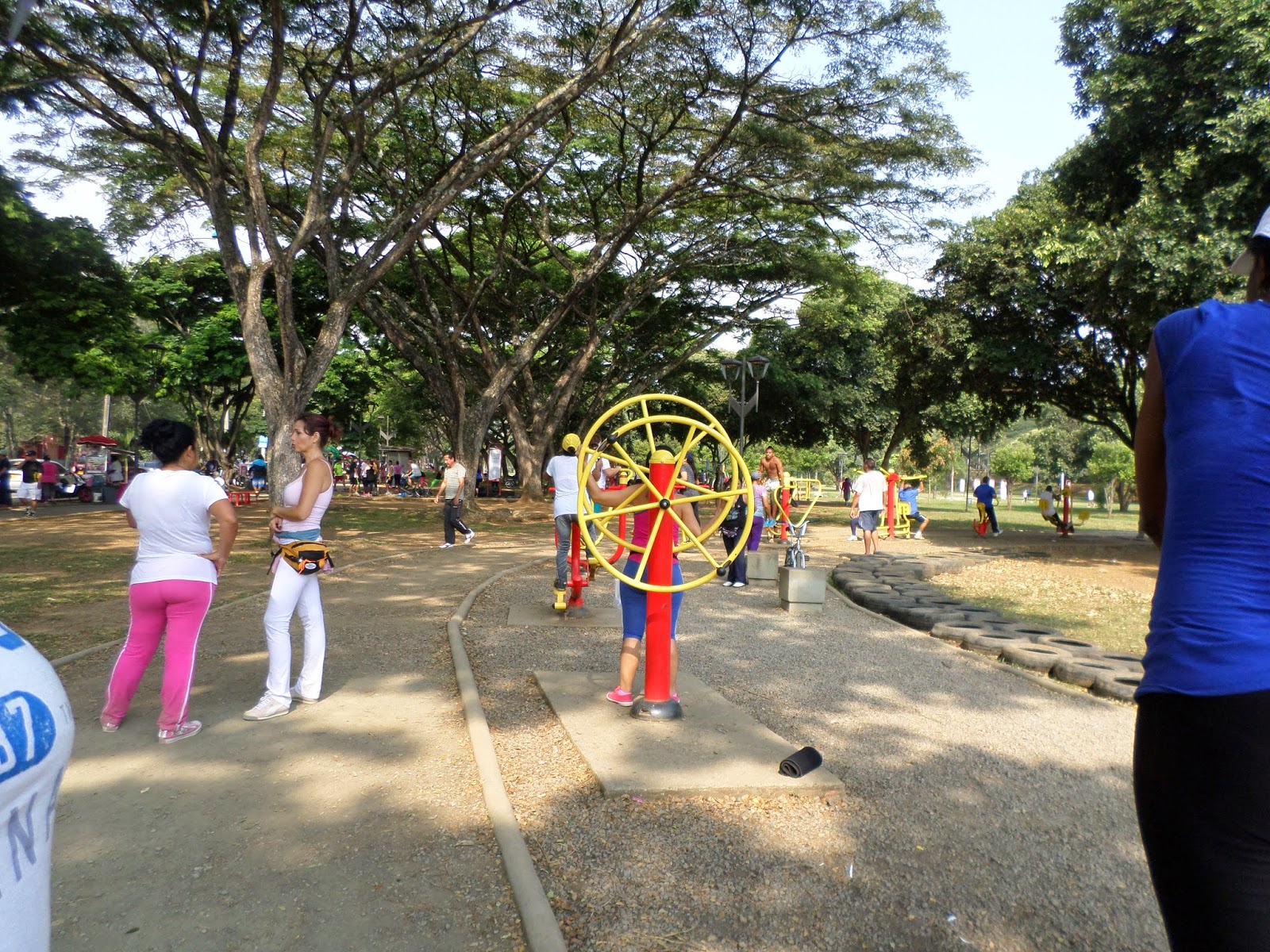 Hanging out with Nanda's mum and aunt was fun, these women are hilarious and talking to them feels like talking to any of my friends. Nanda's mum was pointing out who has had silicon in their butts or boobs and was telling me how common it is over here. At one point they started talking about pan (bread) and they told me that pan also happens to be a slang name for lady parts. Apparently it's referred to as "comida de abajo." (roughly translates to food below).

They started telling me that men in Cali love "pan" too much and before they pass you on the street they will look at your chest and "pan" then lastly check out your butt. They were talking about this with straight faces like it's not a big deal. I brought this up with Fernanda and she agreed, she said some guys on the street will even shout out "mami! mucho pan!" when they see a girl with a very noticeable camel toe.

My favorite pair of sandals got ruined when I packed them in a ziploc bag and they got fungus. Seriously! don't ask me where the moisture came from but I got the shock of my life when I unpacked  my backpack. I ended up throwing them away. Sob!

I will never take my personal space for granted, ever again.

There are so many stray dogs on the streets sometimes I wonder "when all these dogs are on heat it must be quite a riot!" on a serious note though, these dogs look roughed up it's a pity.

Speaking of animals, there two cats that have been making blood curdling noises on our roof top, I am not sure if they are fighting or mating but it sounds like a horror movie being filmed, scary!

The things Fernanda's daughter picks up from the internet just shock me. She has been singing this one line from a song "mami time to have sexo" she doesn't know what the lyrics mean and I was trying to tell her the song is not appropriate for her.

Its annoying when some people make assumptions about my finances and ask inappropriate questions. I am not rich I just know how to manage my money and I stick to a strict budget and I am very mindful of my spending. I don't have unlimited resources. I wish I had though.