I have to say there is no shortage of tasty food around this place, whether it is good for your waistline is a different story though. Every block has a Panaderia (bakery shop) that serves fresh bread, food on the street is really cheap and fruits are plenty. You really are spoiled for choice when it comes to food.

Here is a list of what I have tried so far:

Cholado - fruit salad with shaved ice at the bottom, wafers and some gooey goodness on top. The picture itself should be an indication of the sugar rush that's to be expected from this treat. 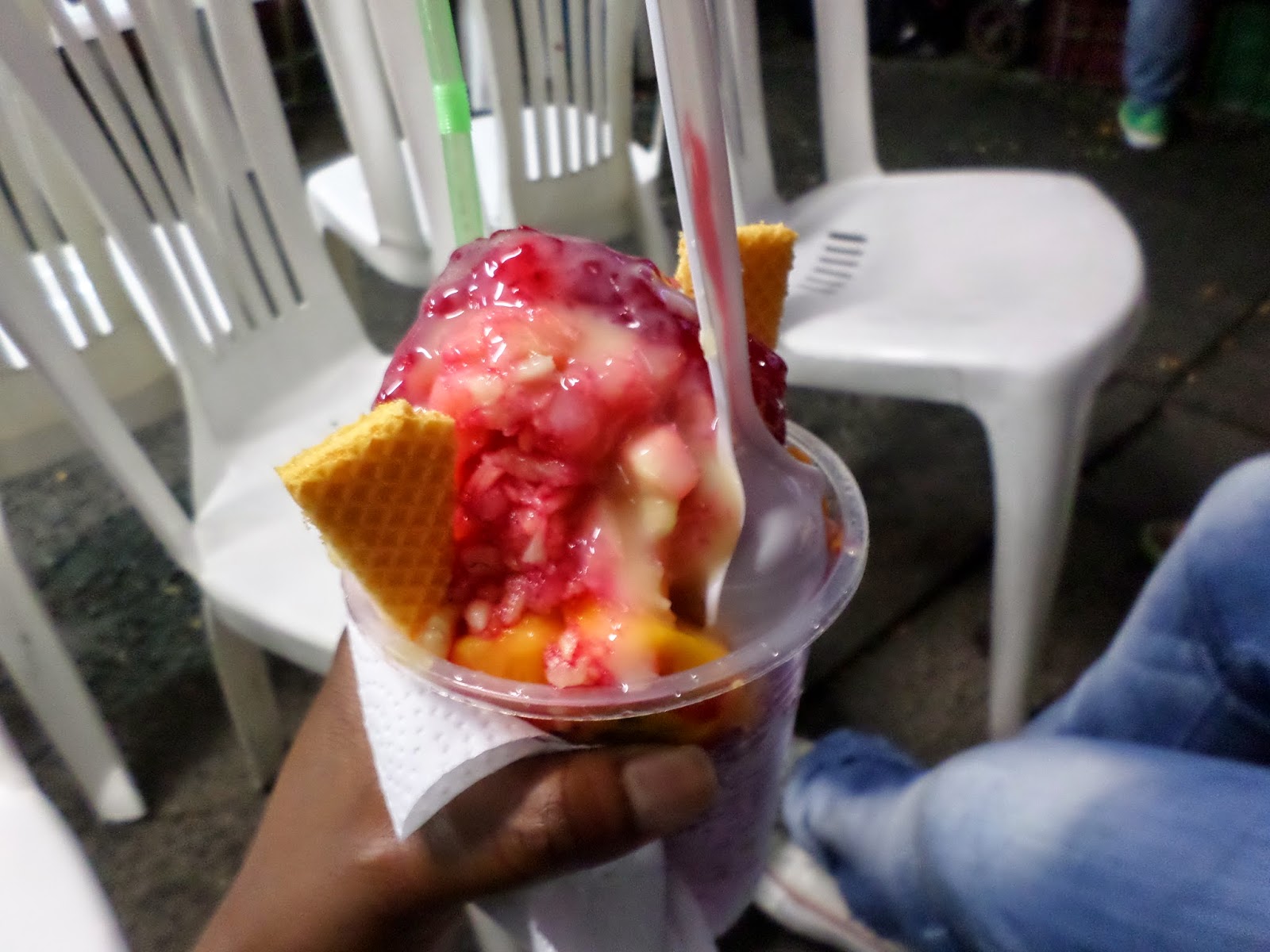 Fruit Salad With Cheese - You read that right, at first I was wondering how the salad would be presented with cheese and when Fernanda ordered it I was expecting some bland dish and certainly not this. The cheese was awesome!!!!! never liked cheese before but this was a whole different experience. 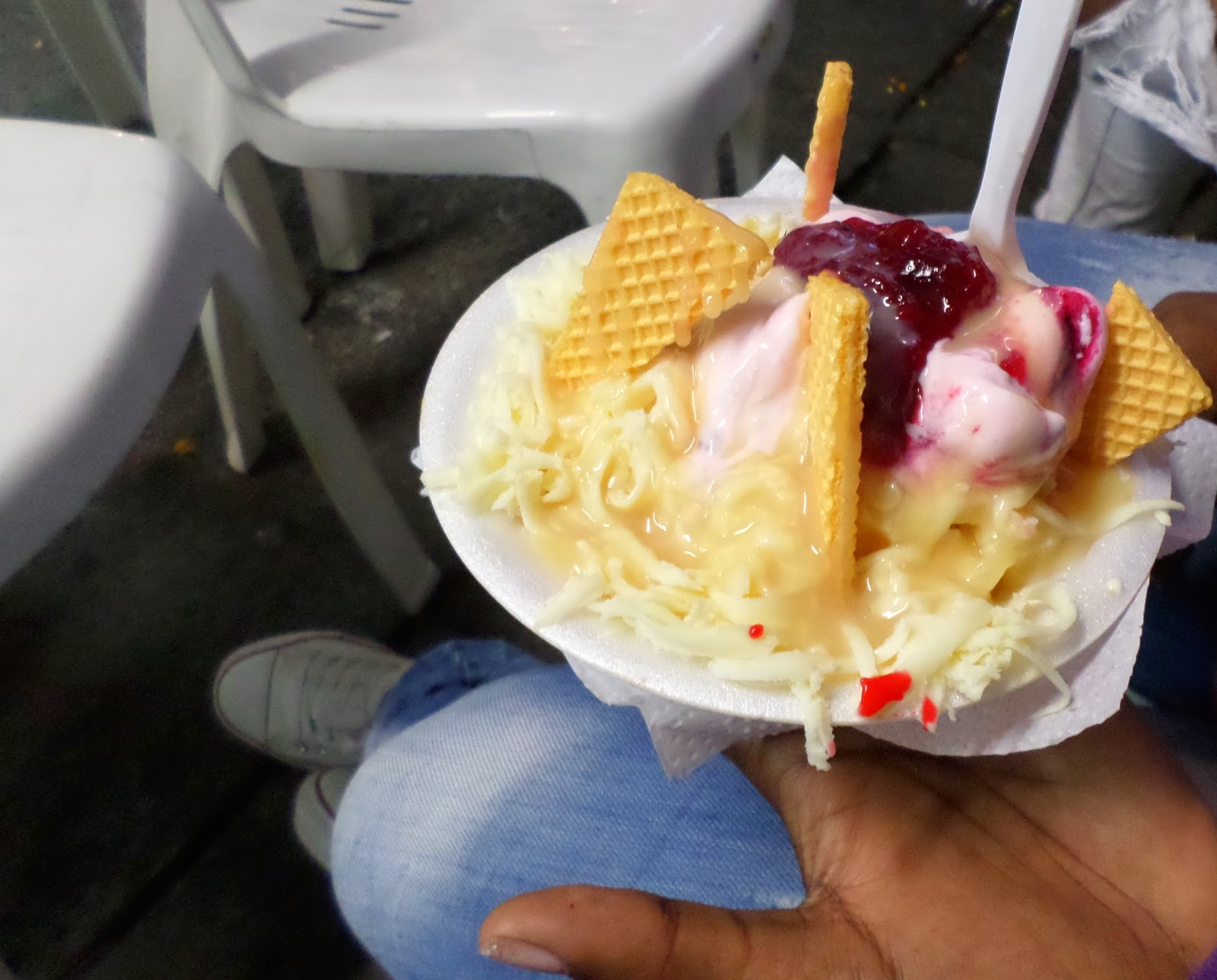 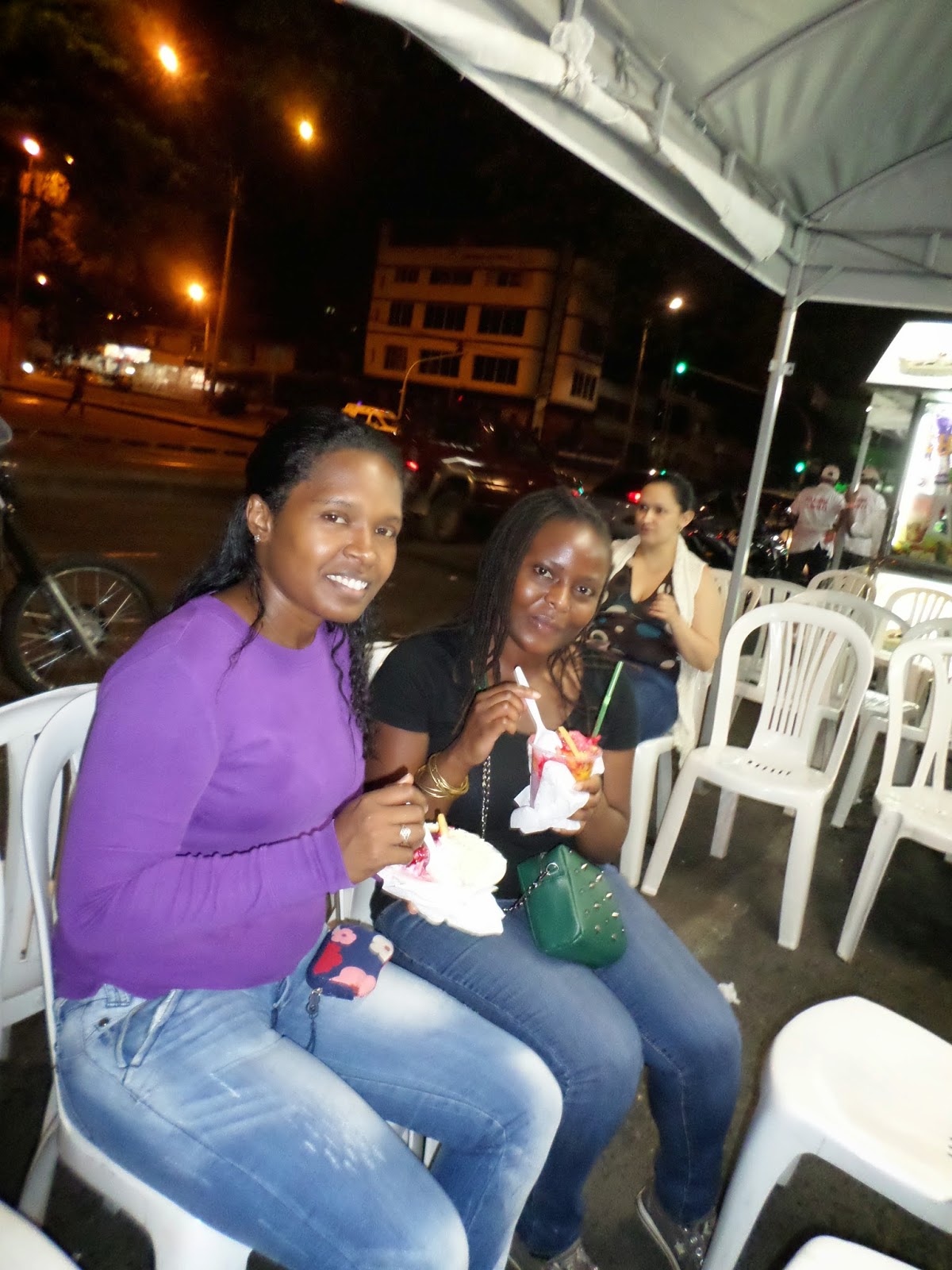 Sancocho - There are different kinds of Sancocho and it is basically soup with some type of meat (chicken, beef, fish), potatoes and some vegetables. As you can see it looks very rich and the soup itself can be a meal on it's own but in most cases you will get rice and salad on the side. 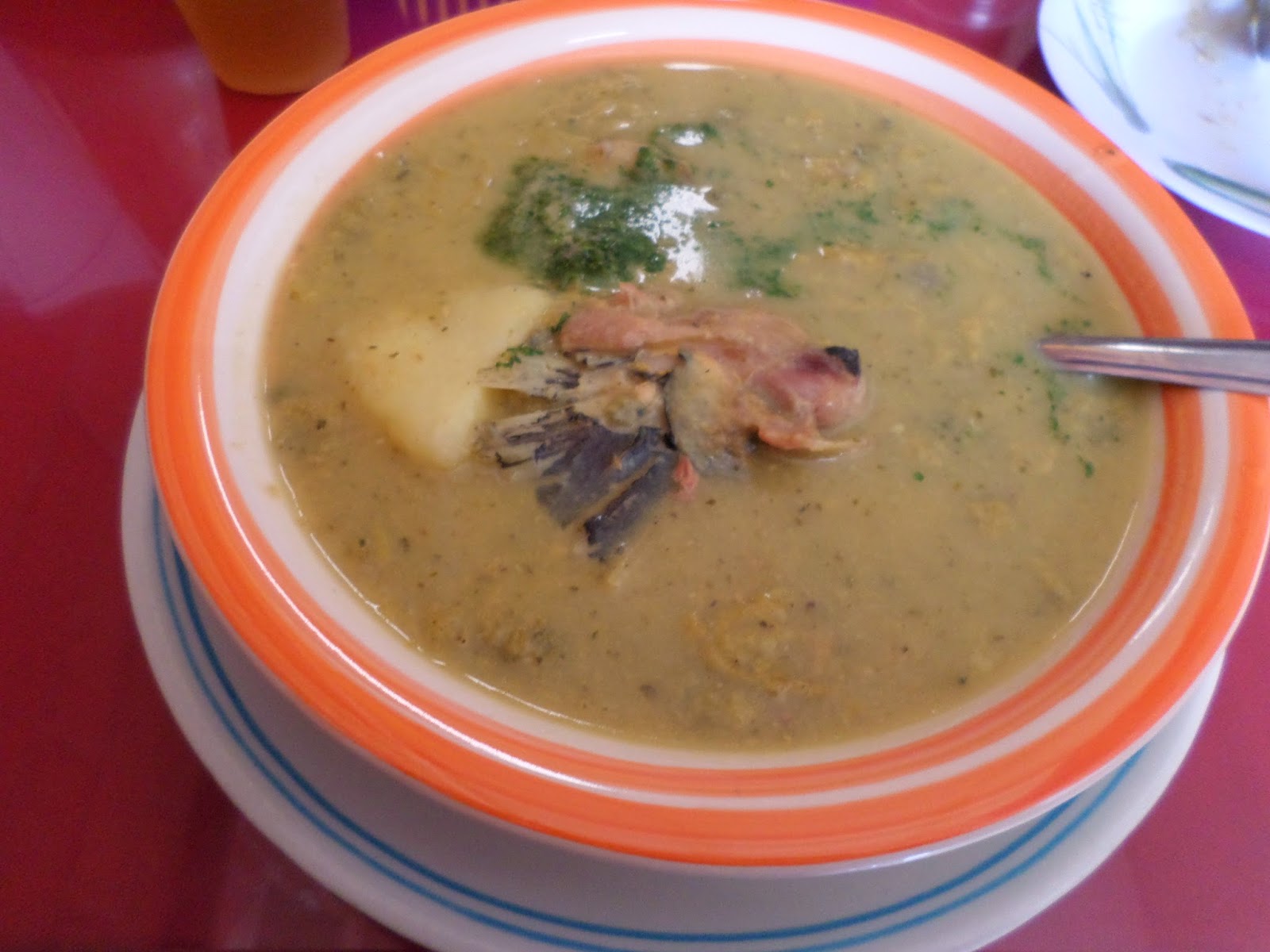 Speaking of rice and salad this is how the food is presented. Soup to start things off then rice, whatever type of meat ordered, plantain and salad. Too much food! PS: this was food for two if it's not clearly evident. 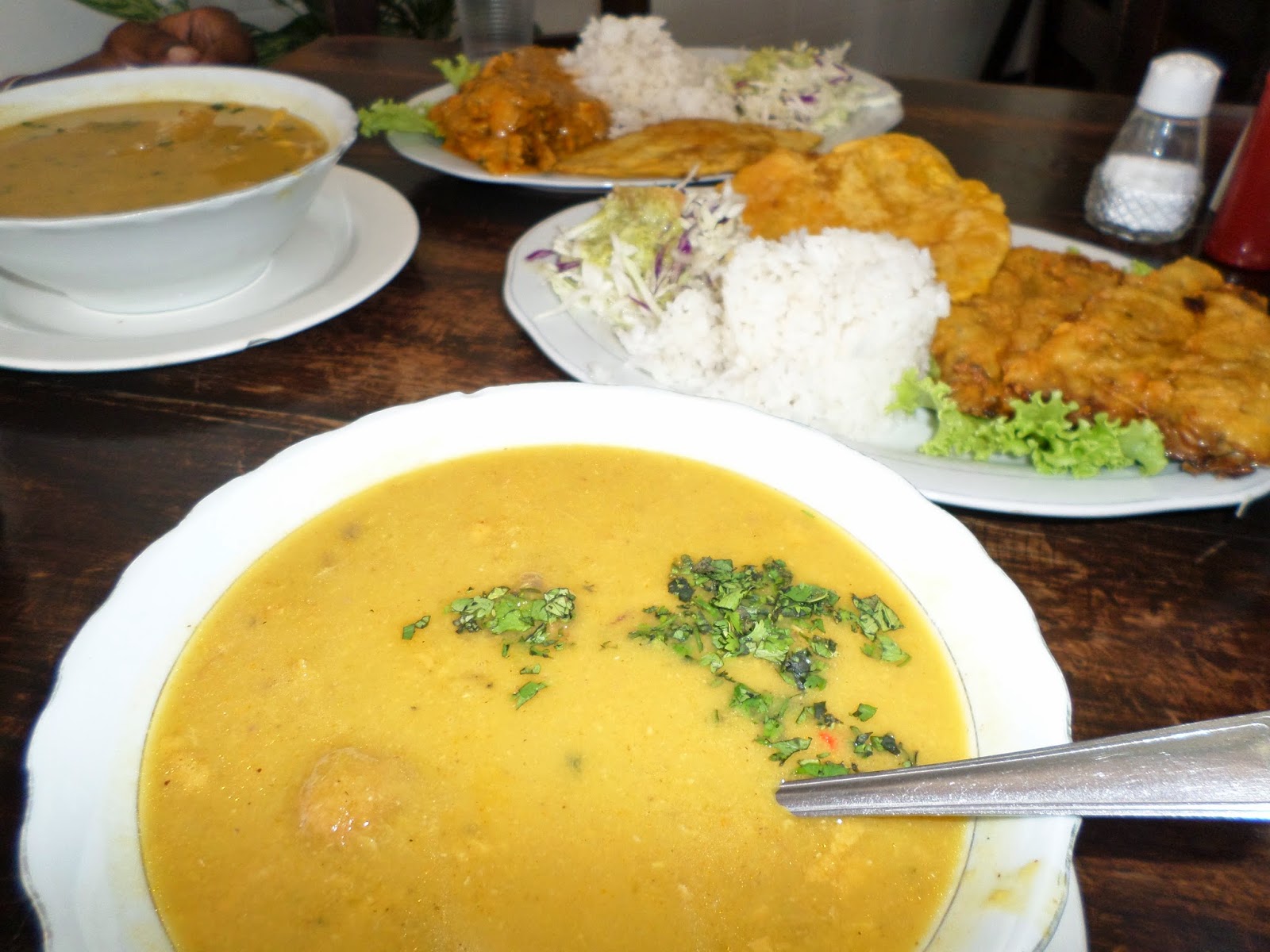 Had this at the finca we visited in Santander, It was bread made from corn (maize) and tea with milk. Everything came straight from the farm and I could taste the difference in the milk used for the tea. I didn't care much for the bread. I was told you are supposed to dip the bread in the tea before eating it but it didn't make a difference to me. 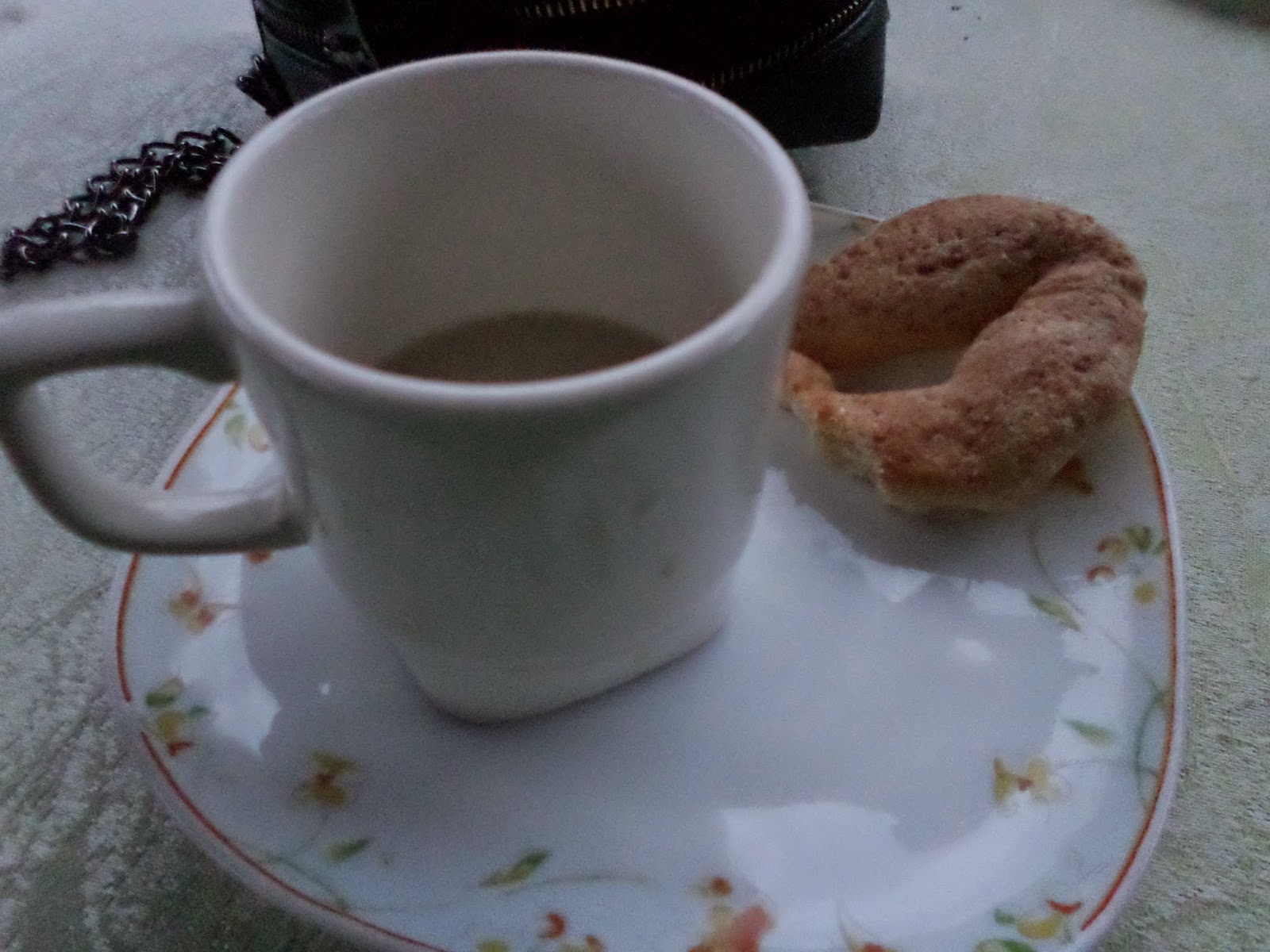 Masamorra - Fernanda's mum made this dish for us. It's white maize (corn) with milk, sounds weird mixing the two but it was delicious! she boiled the maize with milk until the maize softened and she sweetened it. The maize isn't evident in the picture because it's all at the bottom. 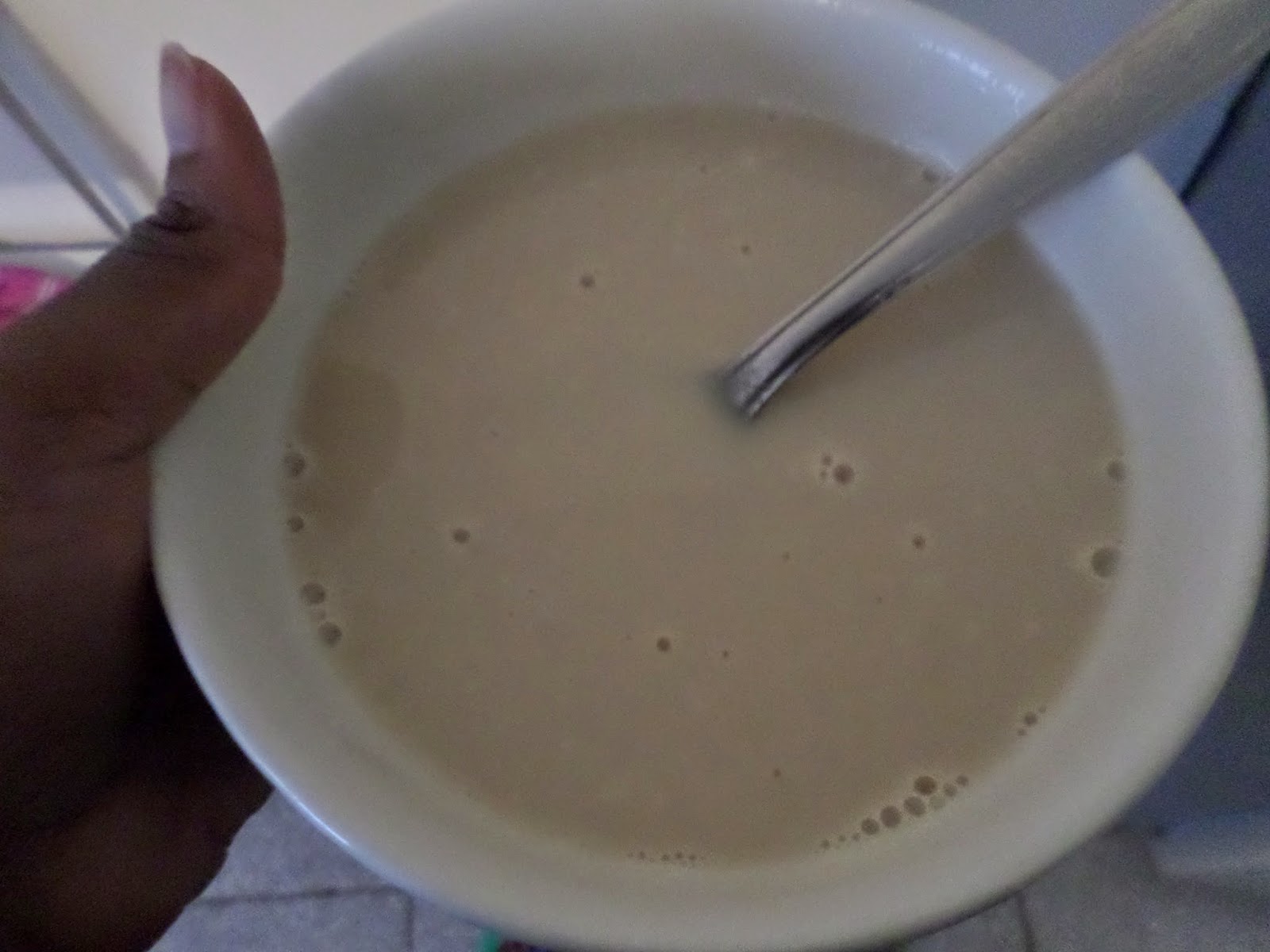 Arroz Con Leche - The first time I tasted this was at Fernanda's cousin's house. It's very rich and sweet and I think it would make for a good breakfast. It's rice boiled in milk then sugar, cheese, cinnamon sticks and cream of milk are added to it. Fernanda's cousin came over to the apartment to make it for us a second time and all I can say is.......too much of a good thing is actually not good for you. I could not finish the bowl below because the food was just too heavy for my stomach and after I was done eating I felt like drinking a lot of water because of the sugar. 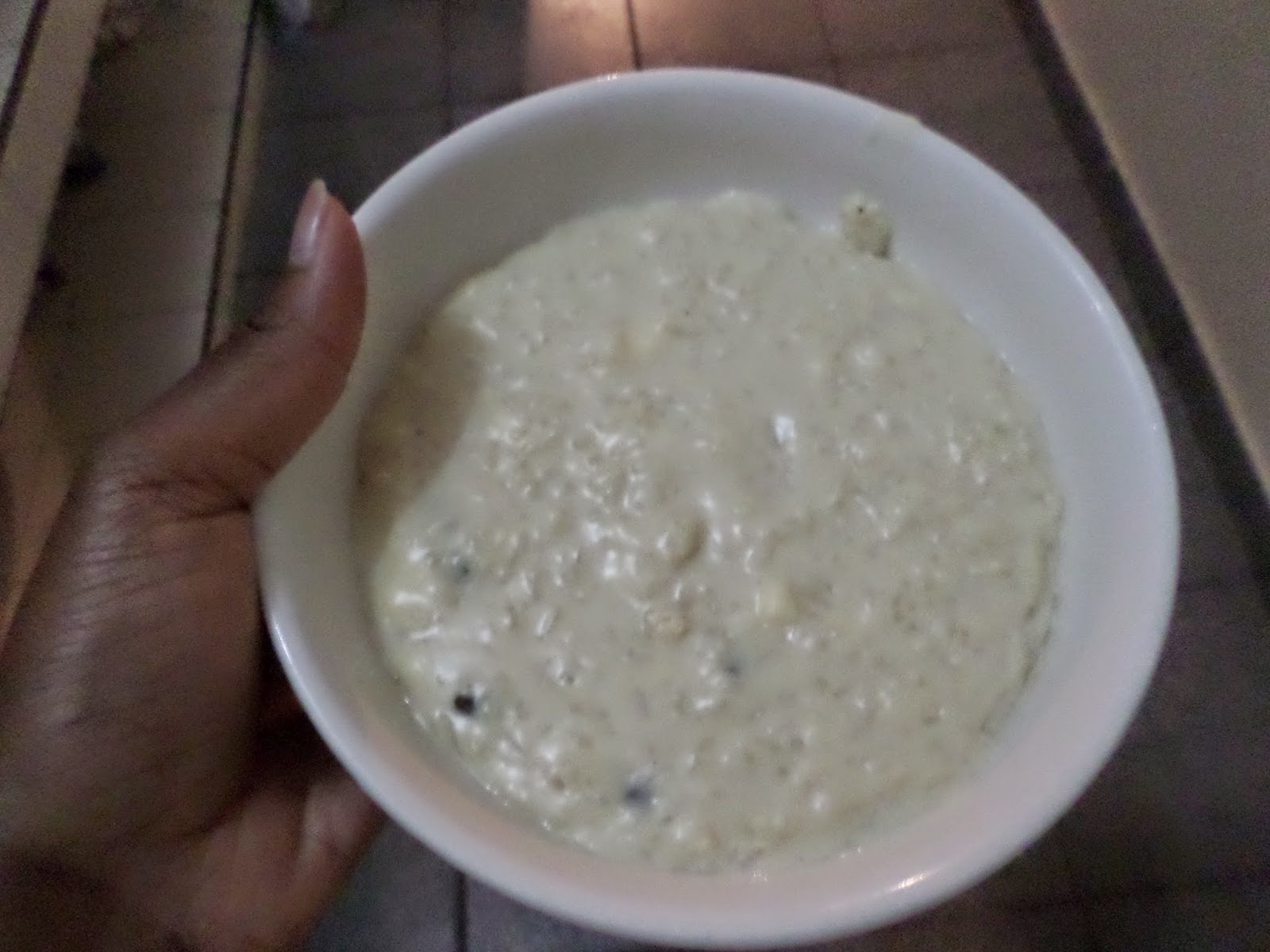 Agua De Panela (Panela Con Limon) - This is basically Panela juice. Panela is used as a sugar substitute and comes from sugarcane juice, what you see in the picture is panela. For any Kenyan readers this is "sukari ngutu." I remember when I was a kid we used to eat it in this form but here they soak it in water, squeeze some lemon juice in it and it's ready to be drank as juice. On hot days; well everyday is hot here, having this drink feels so refreshing. Sometimes when I crave sugar I eat a little piece of Panela and people get so amused because that's not how they have it. 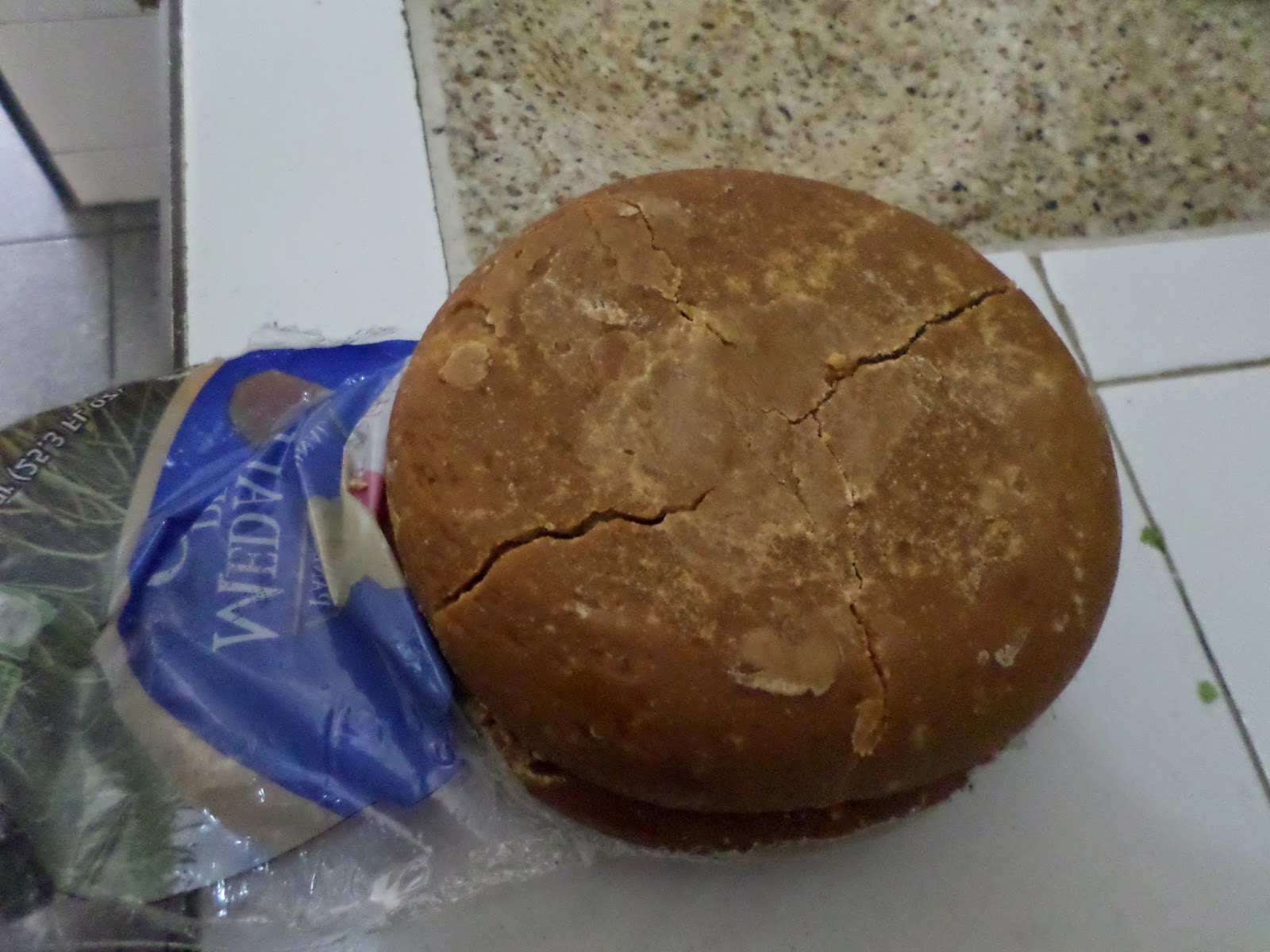 That's it folks there is a lot more food I haven't included in this list but at least you get an idea of what kind of delicacies you can find here.

Locs are not very popular with ladies over here. I have been asked several times if I can comb my hair and change my style but I am comfortable with my hair as it is and I happen to like it a lot so why change it? I noticed the same thing in Panama.

Apparently putting your money/ATM card or ID in your bra isn't the safest option when traveling in a questionable area because when getting jacked you actually get frisked TSA style in that area as well. Talk about thorough thugs! so what is a safe area to put your items? in the front part of your panties. I am not even kidding you, Fernanda and her mum told me incase I go to a bad part of town I should never put anything in my bra thinking it is safe, always put it in the front of your panties because that area never gets checked.

I never liked cheese until I got to Colombia. The cheese is good!! Fernanda was telling me it's because it's not heavily processed.

I like how alive the city gets at night, everyone is outside even the kids and the park I go to is usually full of people, you would think there is a special event taking place. It's actually very comfortable walking around at night because the air is fresher and the sun is obviously not out. I think many people take advantage of this and that's why they come out at night. In Panama city it was the same deal.

Every block around here seems to have a peluqueria (hairdresser), panaderia (bakery) or an orthodontist office. Sometimes I create silly scenarios in my head linking these three.

Remember how I mentioned a while back that I like chatting taxi drivers because they usually have very good tips on navigating the city? well, Fernanda told me that it's not a good idea to do that here because once they realize I am a foreigner, I may not be safe because there are rogue taxi drivers and I can get in trouble.

Talking of rogue taxi drivers, I have been advised not to hail cabs randomly on the streets either because it's not very safe. I had read about that but didn't think it was that serious until Fernanda's family warned me about it.