I think I am going to have a break down or something, I can not stop crying hysterically and I just want to stay in my room forever. This is the worst day of my life! just when you thought lightning can't strike twice, it just did and this time it was in the worst way possible.

After having such a good time with my hosts yesterday I decided to venture out today alone and visit some of the touristy spots in Guayaquil. Everything was going well and I was having a good time despite the oppressive heat of this city.

See the picture below? in the background there is a barrio up on a hill, my hosts had told me I could get good views up there and assured me that I would be safe going alone since it is a touristic area and there is a lot of security. 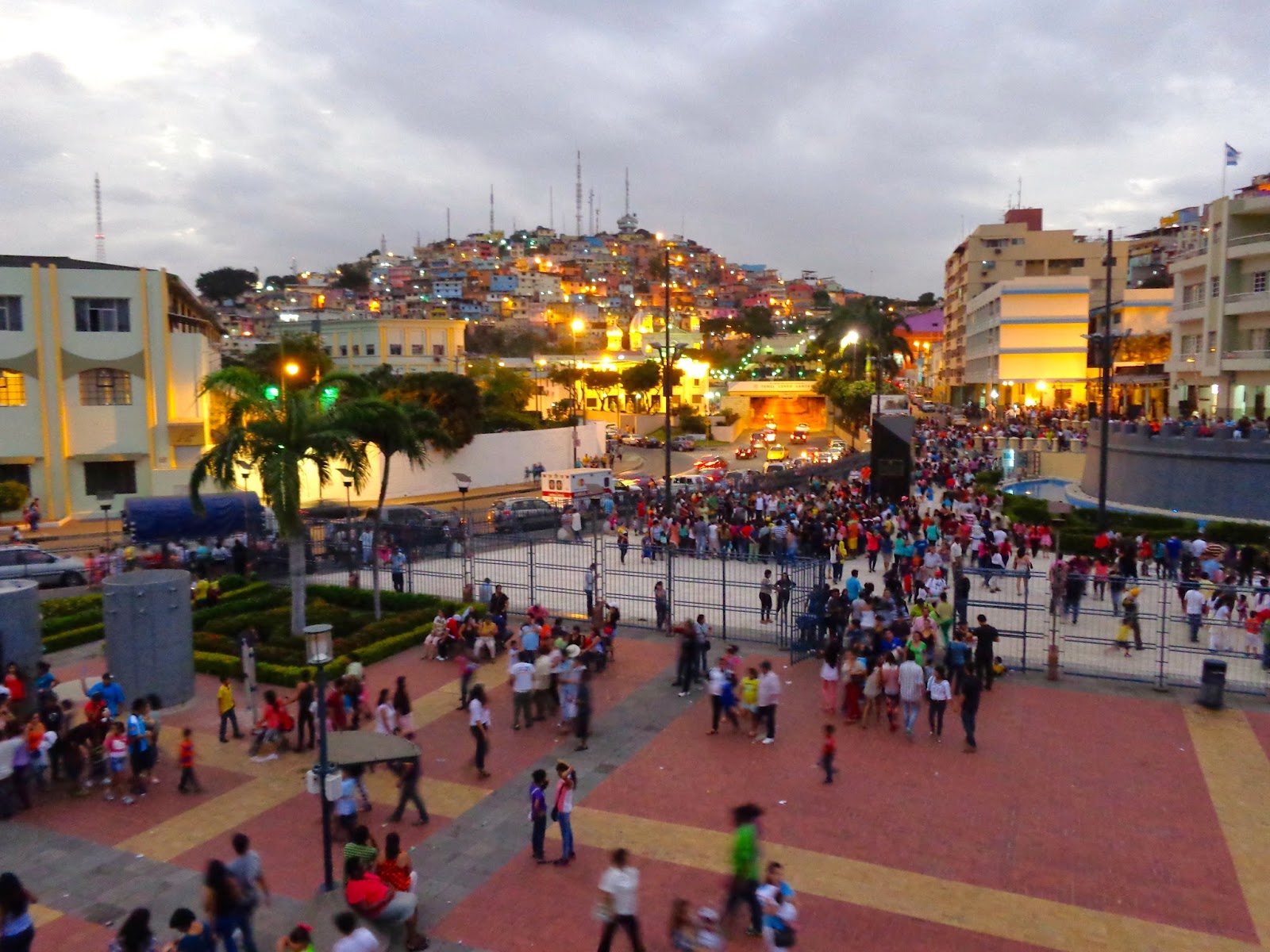 I had just had lunch and decided to climb up the hill and take pictures of the city below before heading back to my room because the sun was out in full force. Right before I started climbing the stairs leading to the barrio, I came across some guards and I asked one of them if it was safe for me to go up alone, he said it was safe and I shouldn't be worried. I saw so many people going up and I even saw more guards up ahead so I felt really safe plus it was in broad daylight anyway.

Everything happened in a flash, one minute I was staking pictures and the next, these two guys were on each side of me and one was attempting to grab my bag. I started screaming so loudly because I knew there were guards nearby but one of the guys held me in a choke hold and I could not breath. I was in a state of shock but I held on tight to my bag and somehow managed to get out of the man's grip. They threw me on the ground as I kept screaming and started dragging me through the street while I was hanging on to my bag, my dress was halfway up to my waist and my arm and leg were bruising as they scraped on the ground, I could see blood.

There was a street dog that had been laying down not far from where we were and as soon as it heard me screaming it came running towards us barking loudly at the two and trying to bite them while protecting me but these two were determined and would not leave without my bag.

Finally I saw two guards approaching and I thought, "Thank God! finally!" to my utter shock one of the thugs pulled out a gun and aimed it at the guards who were not armed. The guards could do nothing, they just stood by and watched as I was being dragged through the street screaming. At this point I was scared I was going to be shot and after seeing how helpless the guards were I think I just gave up my fight and the thugs ripped my bag from my shoulder and took off. Actually they walked off and no one did anything, no one came out until they had left.

As soon as they left that's when everyone was coming out of their shops and homes to check on me, those fucking cowards who saw a woman being held in a choke hold by a man and being violently dragged through the streets while desperately screaming and trying to fight off two men. All over a sudden they were offering me water and telling me that the same thing had just happened to another tourist the previous day. The guards told me they couldn't do anything because they were not armed since they are not allowed to carry arms. They called the police who arrived promptly and well armed but at that point I just wanted to scream, "FUCK YOU!!! HOW ARE YOU GOING TO HELP ME? I WAS SCREAMING FOR DEAR LIFE, WHERE WERE YOU??!! I PUT UP A GOOD FIGHT TO BUY MORE TIME!"

Turns out the area is notorious for robberies, can you believe that? the police even had pictures of the suspects on their cell phone! apparently the thugs are well known. Anyway, they searched the area and finally told me there was nothing they could do. One of the police gave me a ride in his car back to my house, I cried all the way home. I cried when I was telling my hosts what happened, I cried when I was showering and washing my hair, I can not stop crying. I keep seeing myself being held in a choke hold and being dragged through the street and I can not believe how ruthless some people can be, that a man can be this violent toward a woman, choking her and violently dragging her through the street without any feelings. This is what is making me so emotional. I just can not get over the inhumanity. I am not even crying for the camera and pictures I lost. I did everything right and took all the safety measures yet that wasn't enough, it is so unfair! I just want to get the hell out of this place.