I think by the time I leave Ecuador I will be a huge nature lover because this country has some awesome natural resources that can blow your mind. For the past couple of days I haven't been feeling too well because I have a bad cold that's putting a downer on everything. My nose has been blocked so bad I can not smell anything or even taste food unless I add some really spicy sauce. Ecuadorian food is not spicy so you can imagine how crazy I have been with the aji (equivalent of hot sauce).

Where the hell I'm I going with this? yes! I was going to get into all the nature stuff you can enjoy in this country. Honestly if I go off topic try to keep up because I think this cold is even blocking my brain cells and I lose focus very easily. Okay, yeah! so about nature......... Today after class which by the way I had to cut short because I was so out of it and couldn't concentrate, I decided instead of going home to take an early nap I would finally visit the Botanical Garden of Quito since I had been meaning to go for a while now.

The Botanical Garden is within Parque La Carolina, the biggest park in Quito. For real that park is huge! Entrance to the garden was $3.50 and as soon as I got in there was a guide ready to take me around and explain about some of the plant species. Actually the dude looked like he needed something to do because there weren't that many people being that it was during the week. I took up his offer to guide me around at no extra charge (I think the entrance fee covers everything) it turned out to be a good idea because we covered the whole gardens and I know if I had been alone I would have skipped over a lot of things. I also got to learn a lot about some of the flora in this country and it was actually interesting.

What can I say? the garden was beautiful! as the pictures indicate...... 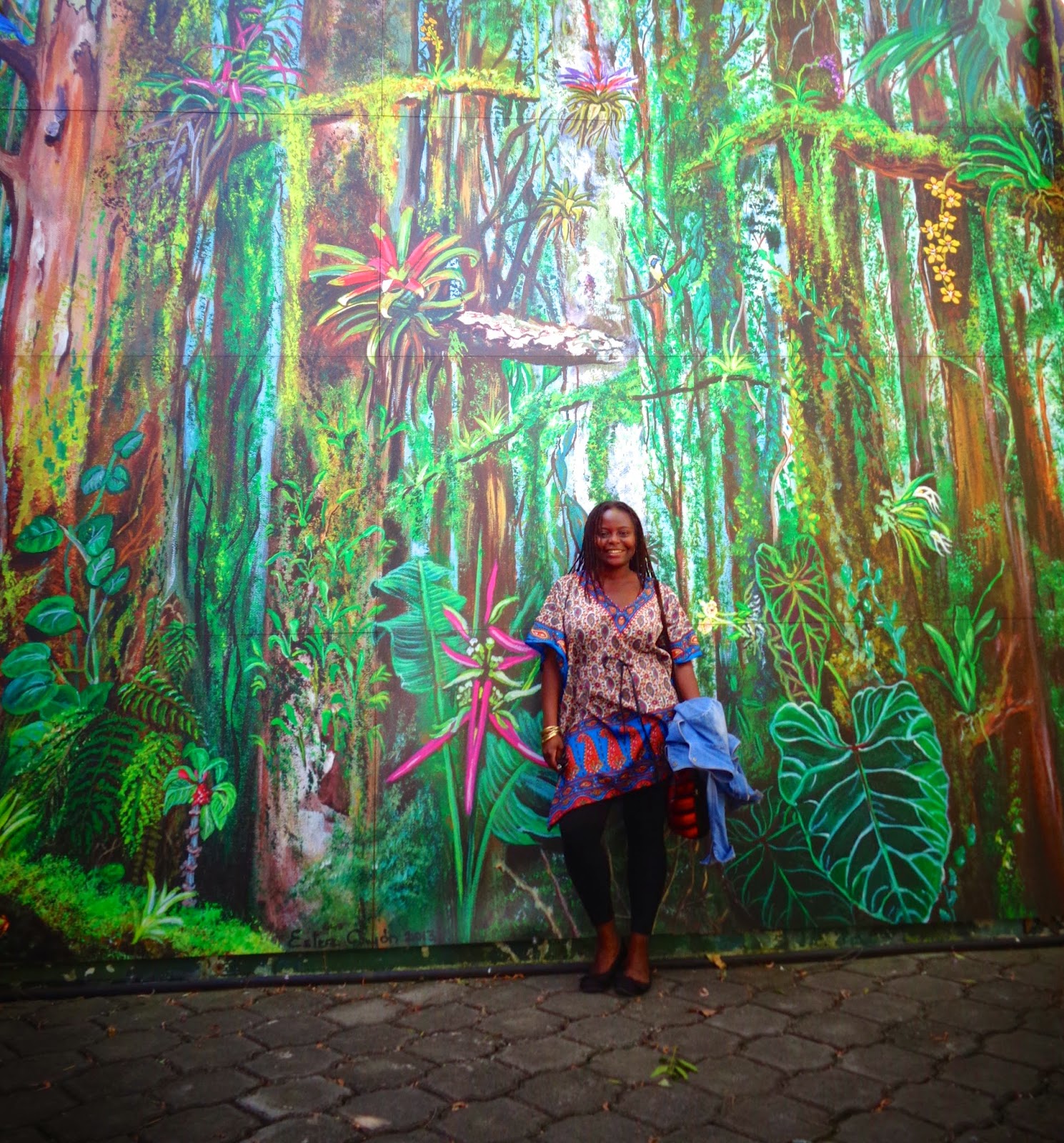 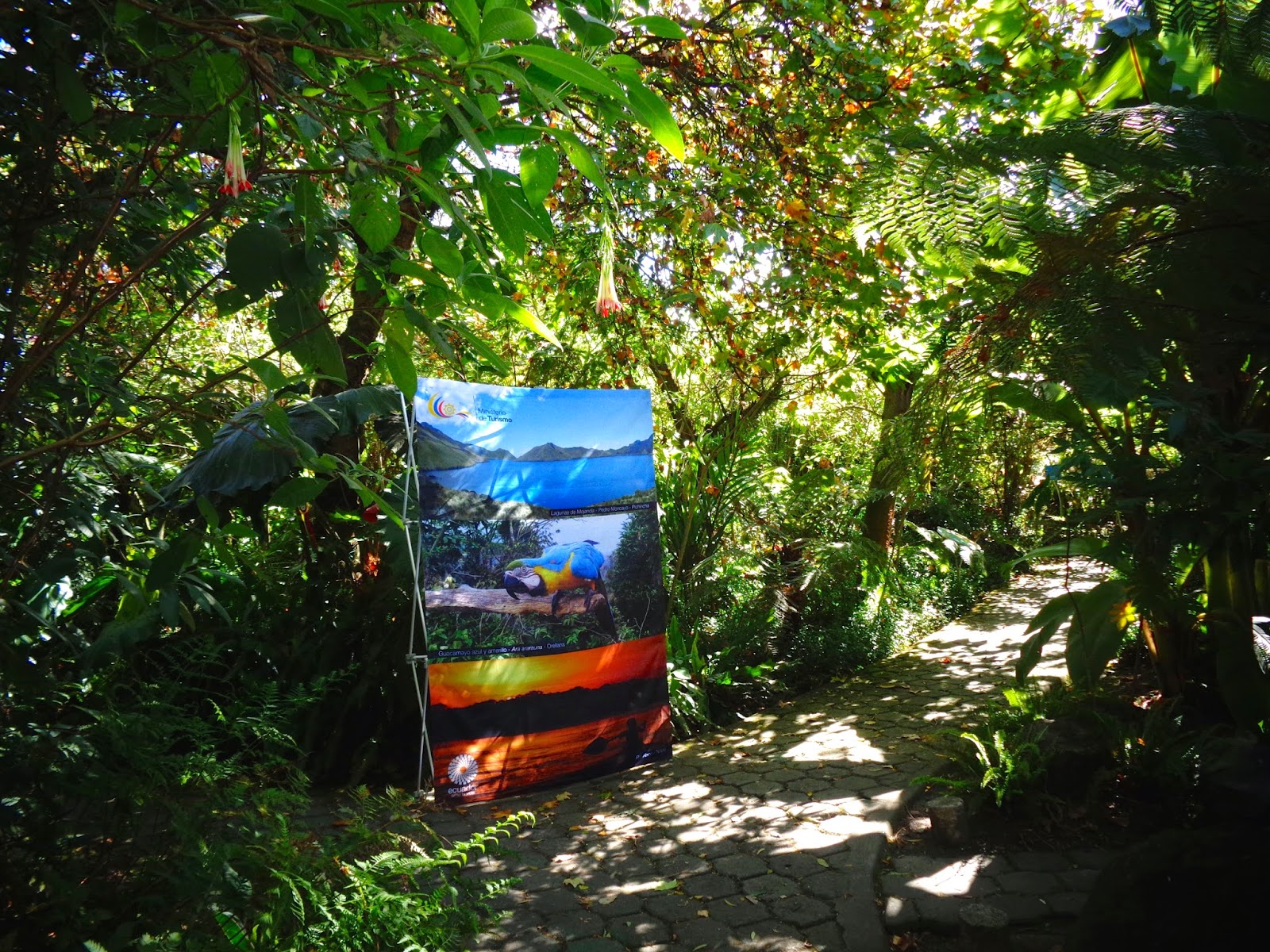 All the different kinds of cactuses that are found in the hot dry regions. 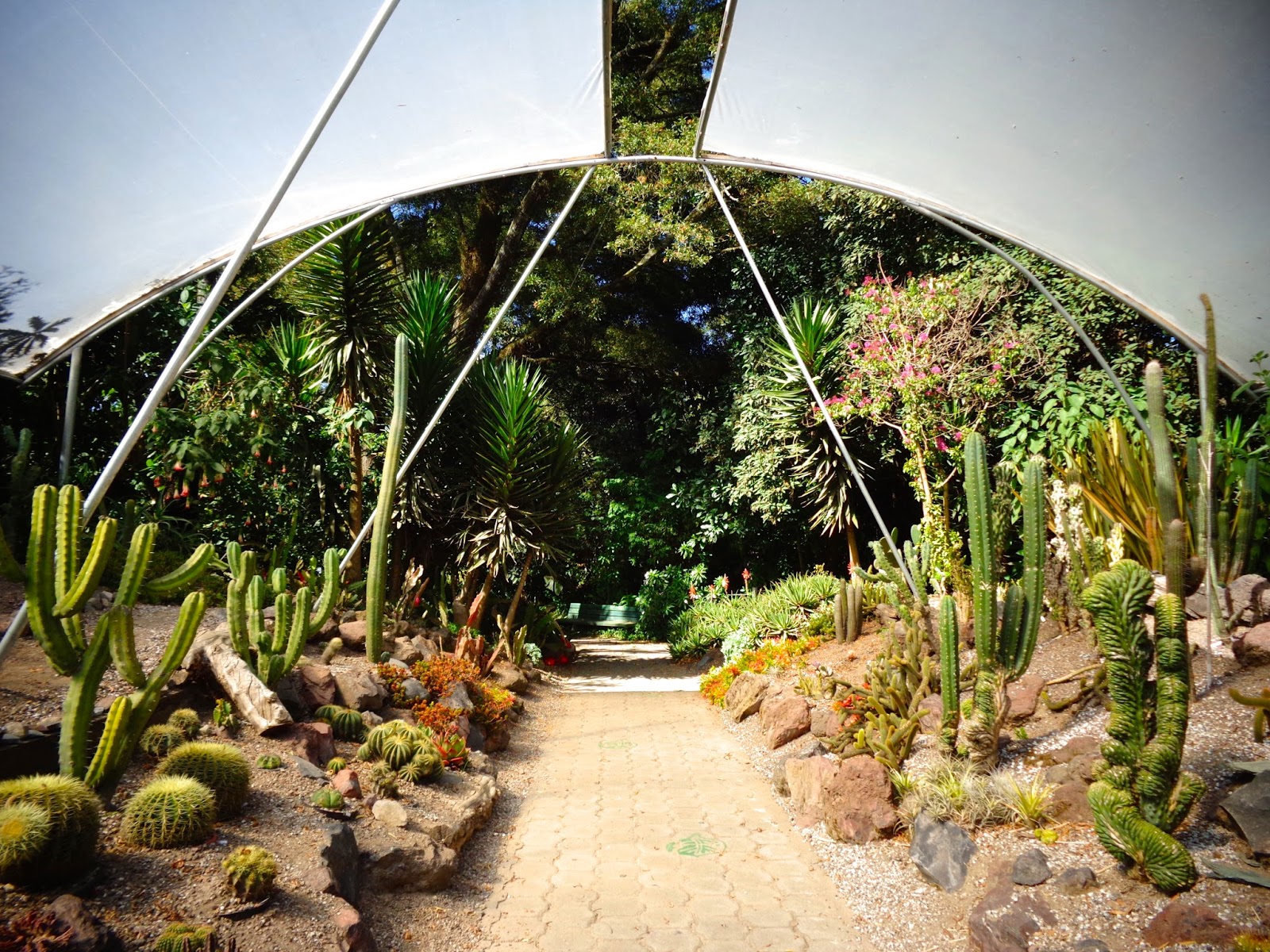 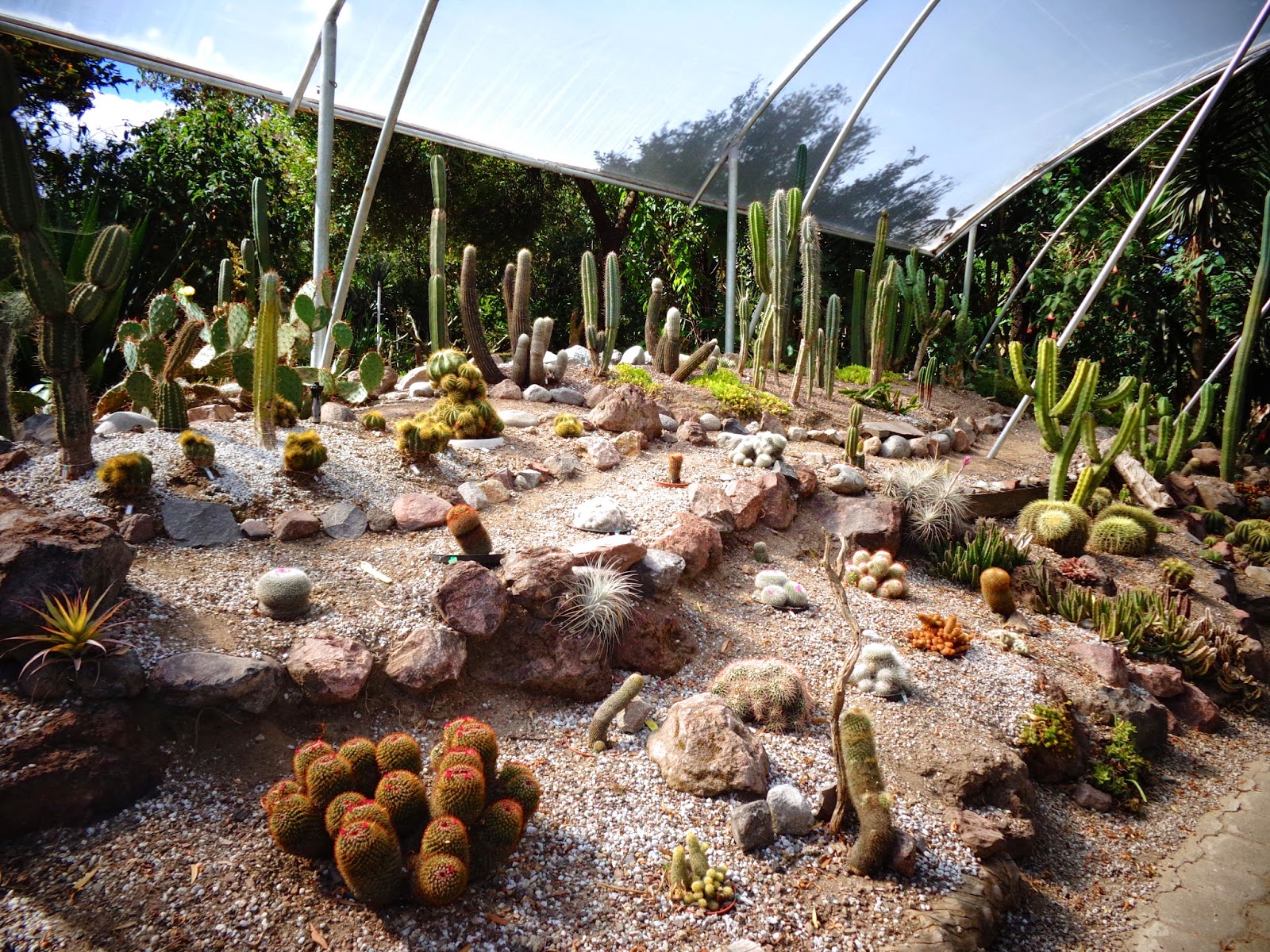 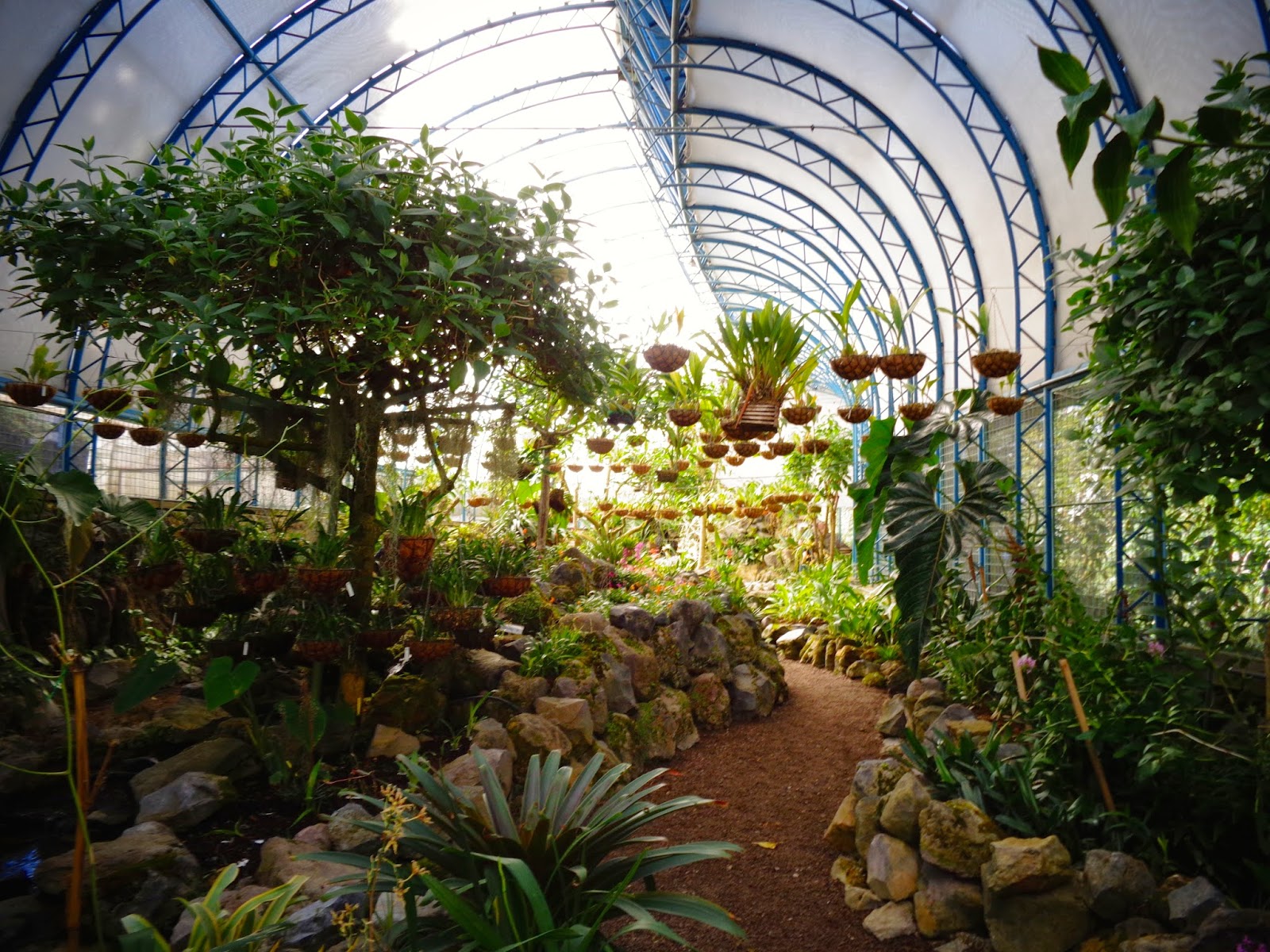 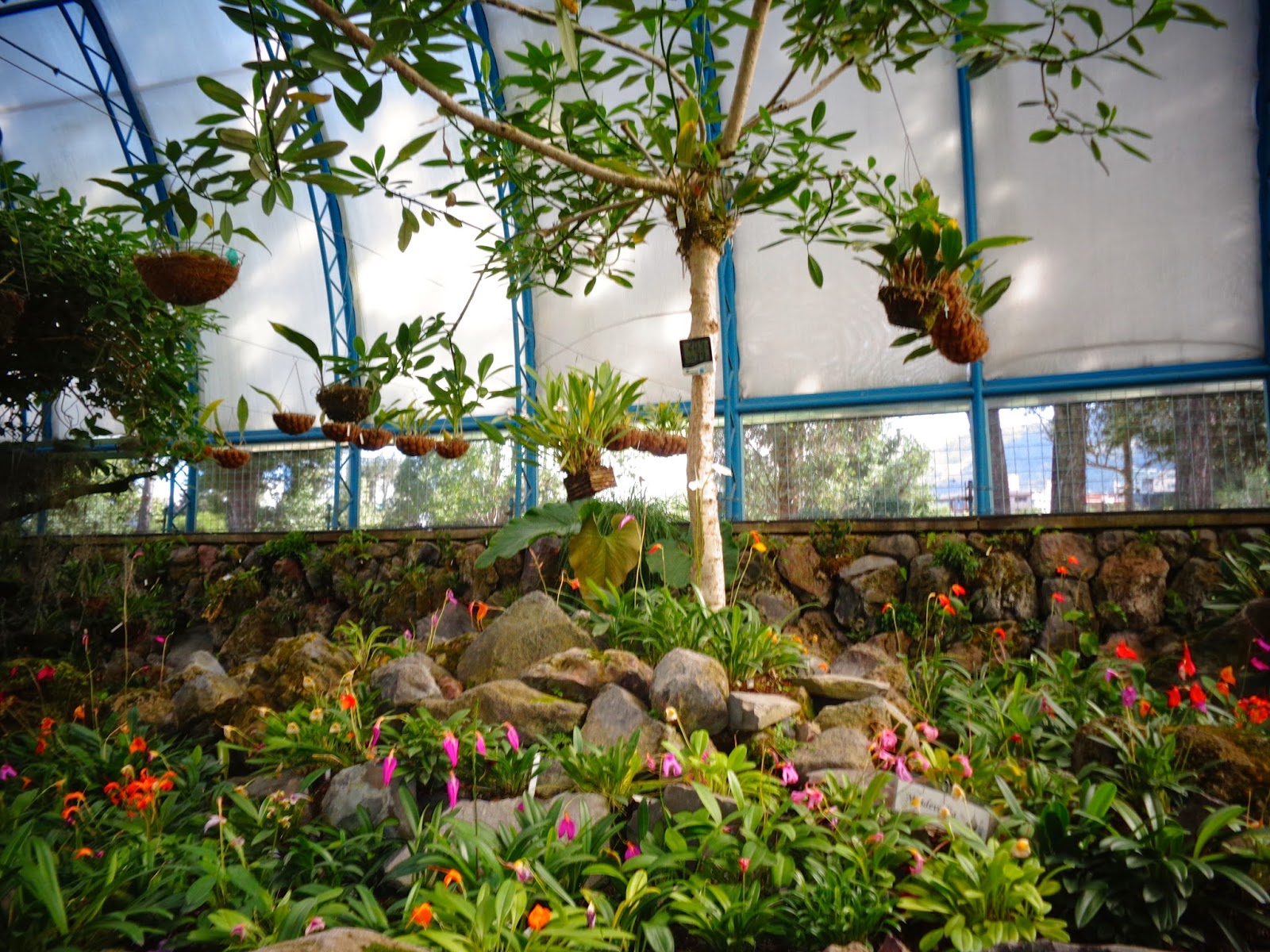 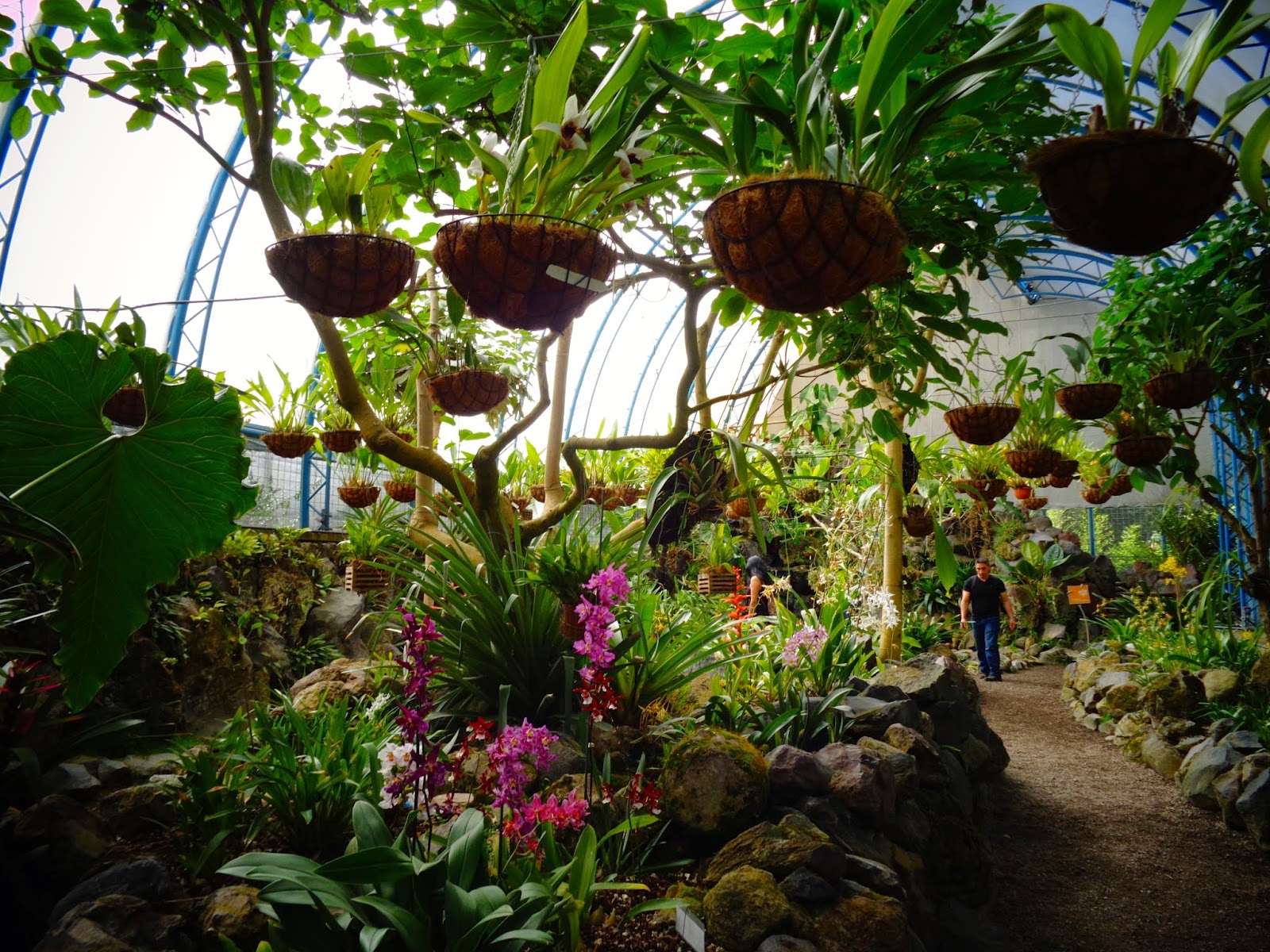 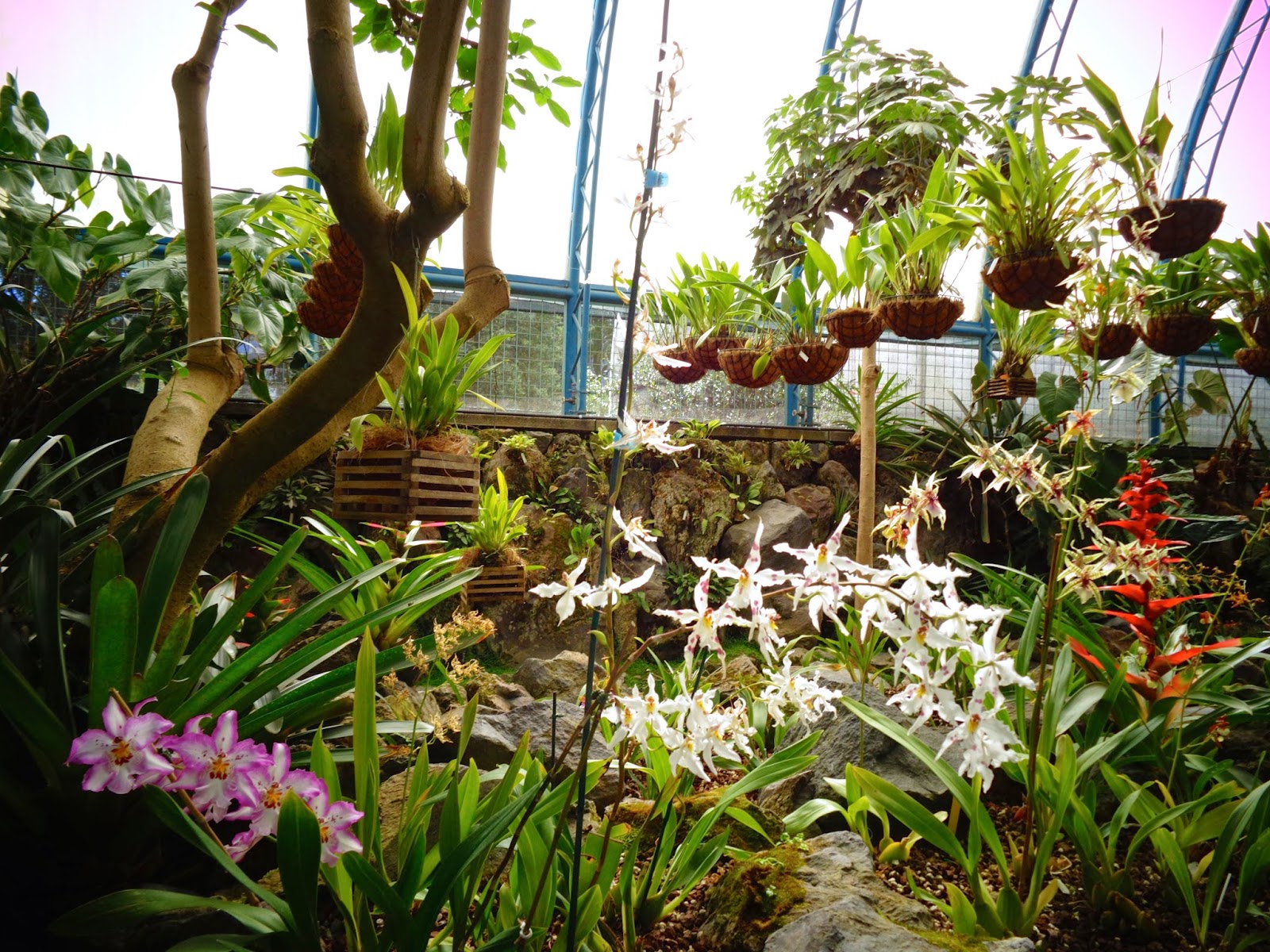 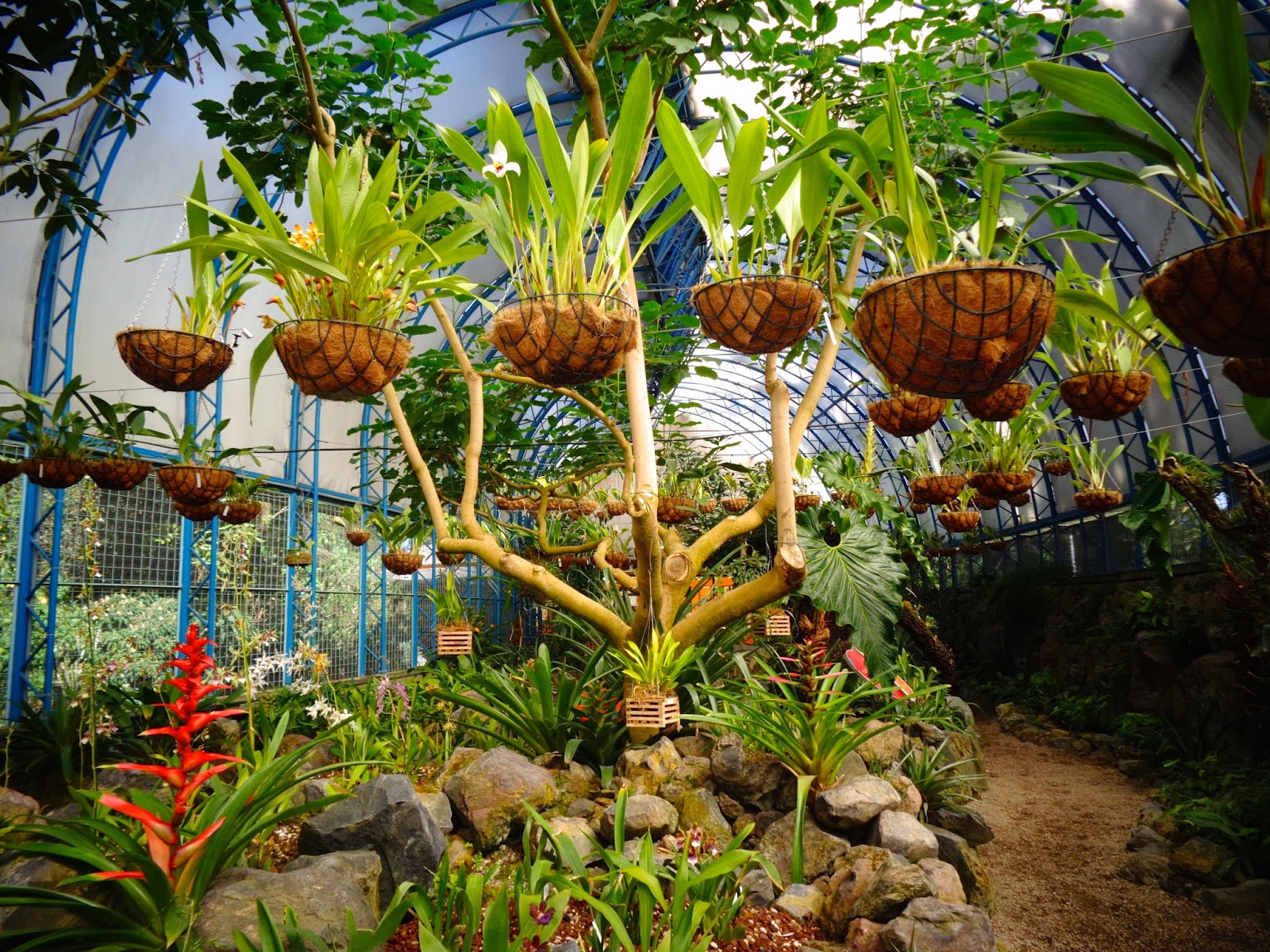 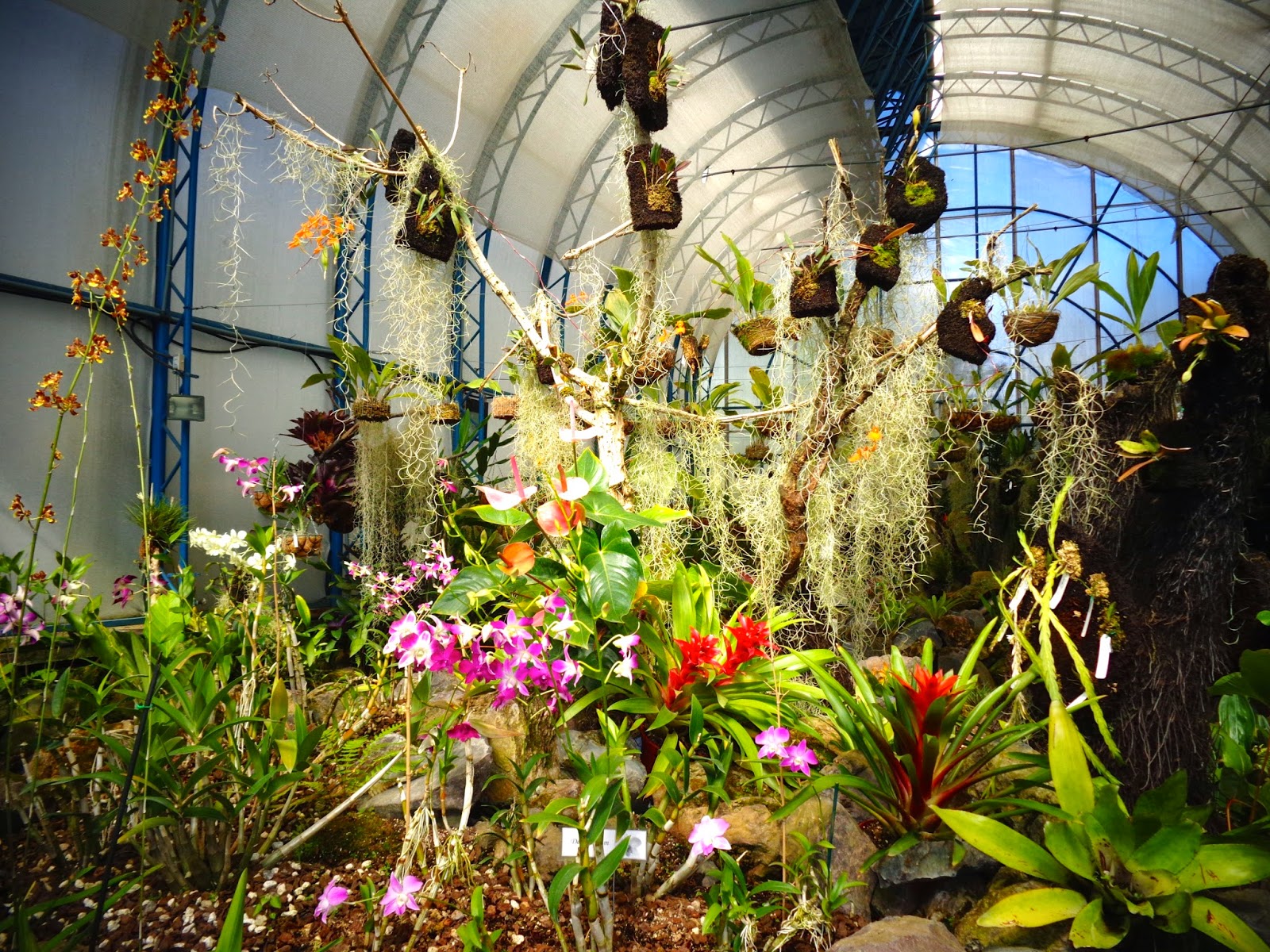 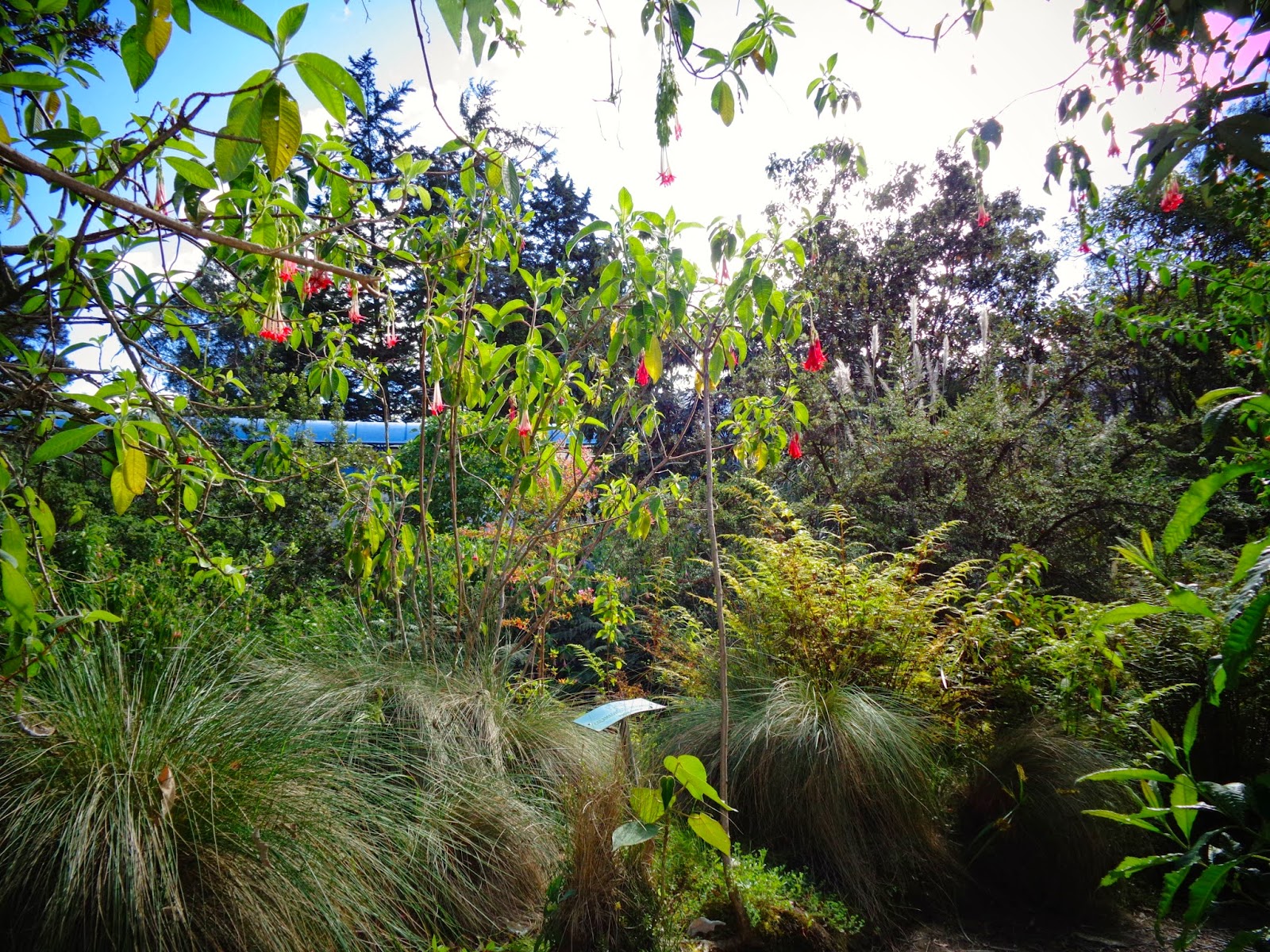 Love this picture, doesn't it just look so retro? and don't I look cute? what?! a girl is allowed to compliment herself right? 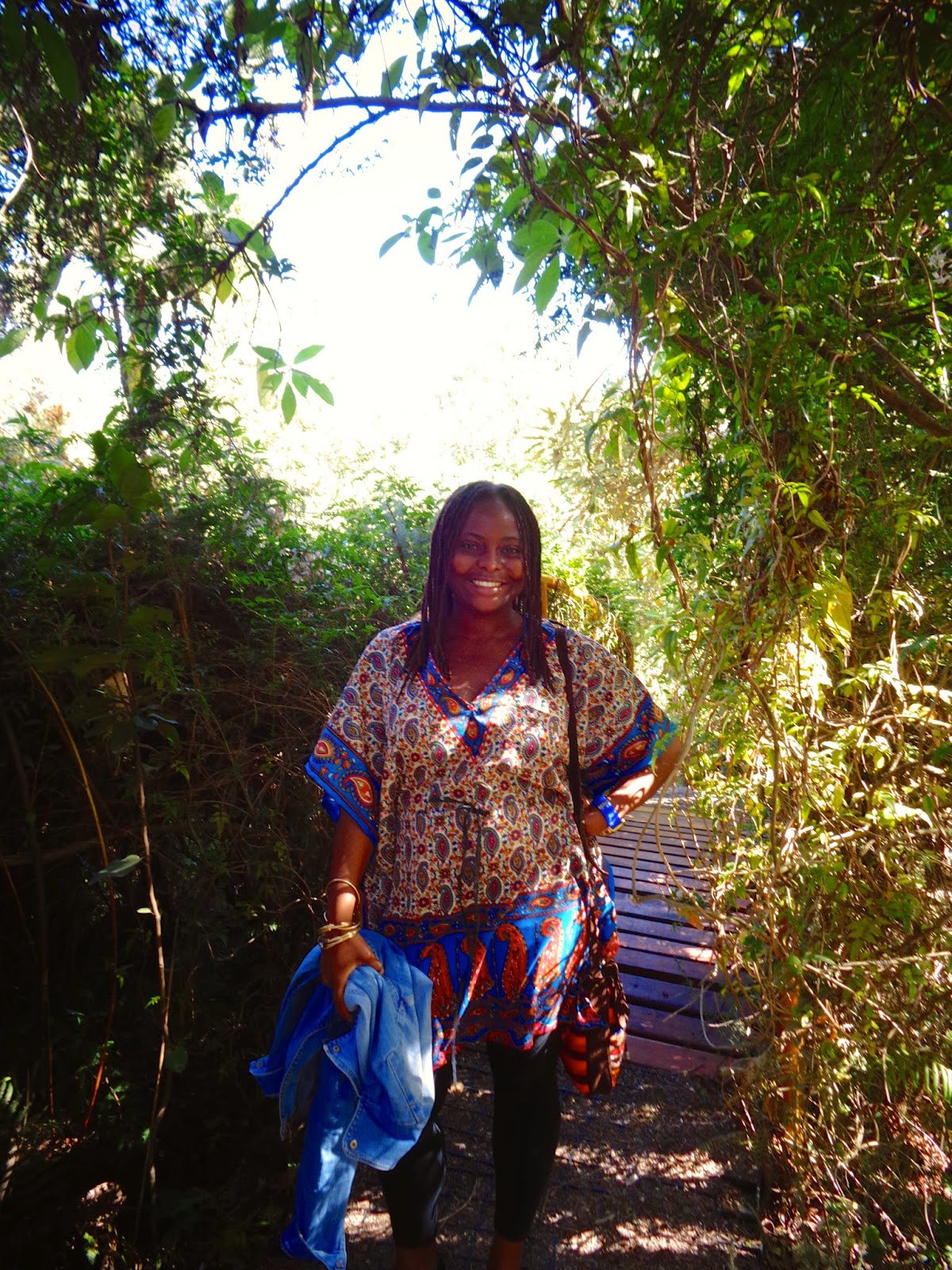 This wasn't within the botanical garden but part of Parque La Carolina, it's a huge park and definitely worth checking out. 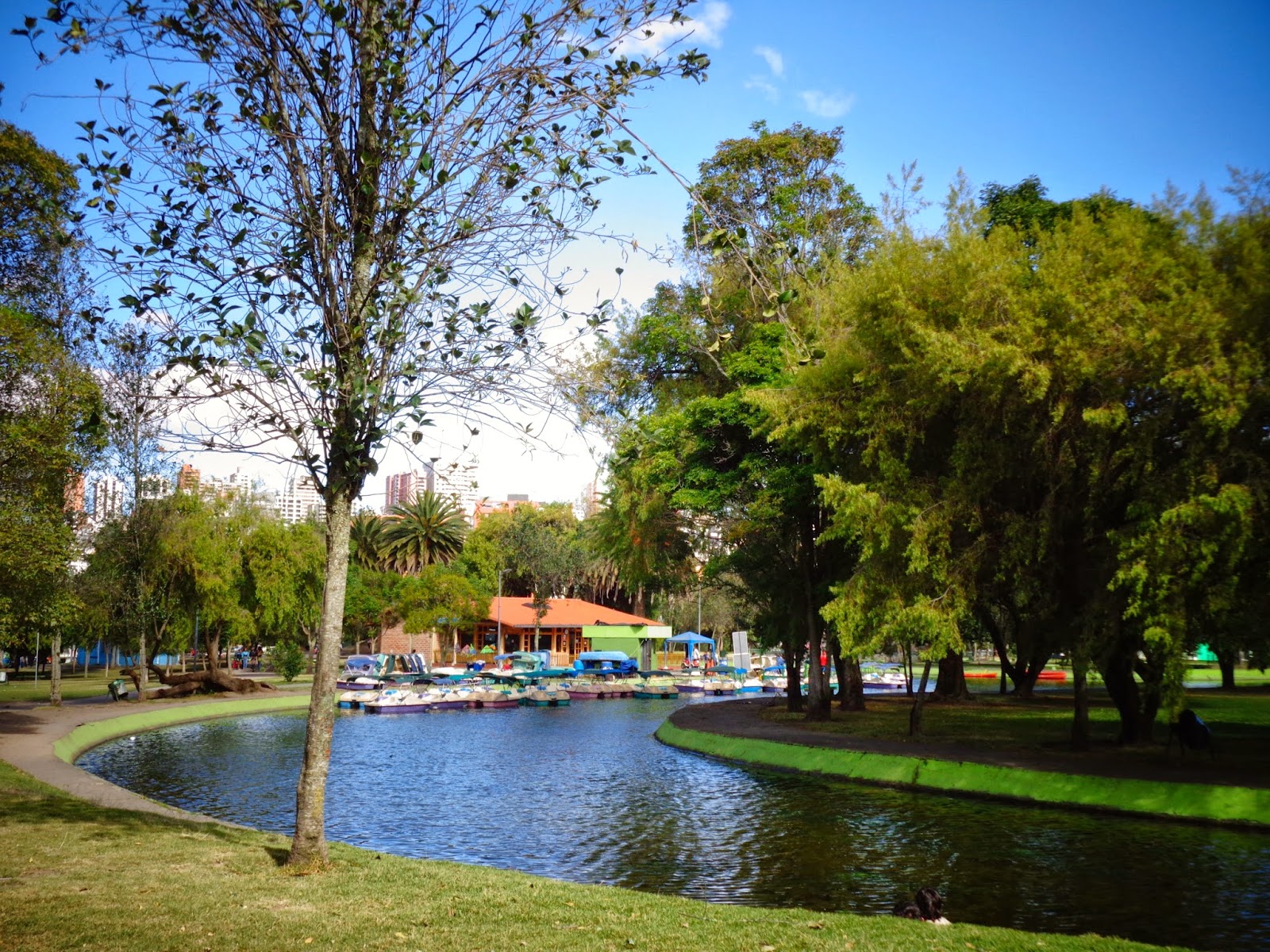 We walked around the botanical gardens for maybe half an hour and I had the option of staying around longer just hanging out and wandering within the gardens by myself but it was really hot and my cold wasn't helping much because I was burning up so I decided to call it a day.

That's it folks, I sure I'm glad that I got to check out the botanical garden because it's really pretty and it's such a cool place to just relax and enjoy nature. I bet during weekends it gets full so I am glad I went during the week instead.

Did you know Ecuador is the largest producer of flowers?

When the guide was showing me around the botanical garden he spoke Spanish throughout and I understood a lot of what he said. This is a major improvement from the days when I would just tune out after a few minutes of someone speaking to me in Spanish because my mind would get tired from trying to translate everything they were saying, in my head. Now I can follow conversations better, if only I could speak fluidly without pausing to think or translate words in my head. I understand better than I can express myself. Ooh! well, baby steps.

Speaking of Spanish, it really depends on who I am talking with when it comes to understanding the language. The Dominicans I know for instance shorten their words a lot and it makes it harder for me to follow what they are saying, Cubans and I am only talking about the ones I have interacted with, have a very strong thick accent and honestly I need to concentrate so hard just to follow what they are saying, Ecuadorians from the coast speak so fast and to me it sounds like a singsong. I hardly understand what they are saying. Will you look at that? I can actually now distinguish between the different accents, before it all sounded the same to me.

By the way some of the Cuban men I have seen here are really cute! what can I say? just appreciating God's wonderful creation.

If I could just get the chance to re-do my whole travel wardrobe I would pack very differently! I regret having left out some clothes that would have been well suited for my travels here and I regret carrying some of the clothes I ended up packing. Ooh! well, lesson learned.

Right now what I wouldn't give for my super comfy, ripped flare jeans that I took for granted. What the heck was I thinking leaving them behind, I am not even sure if I donated them or they went into the large bag of clothes that one of my good friends is keeping for me.

It's been a while since I went salsa dancing, I just haven't had the enthusiasm to go out dancing.