Can't Keep Me Down

Guess who is back???? your's truly!! the title of the post may sound a bit over the top and dramatic but hey, that's the first thing that came to mind when I was about to start writing this post. I have to admit though, after my nasty incident I was feeling really down. I didn't feel like getting out of the house and if I did I was constantly nervous, any sudden movement near me would result in some rapid heart beat and I kept going through the should have/could have scenario in my mind as I constantly relieved the night of the robbery. I would feel very anxious whenever I was about to pass anyone on the street, I actually don't trust anyone on the street anymore since according to me they could be a potential mugger. Unless you are a toddler I am not trusting you on the street. Actually I take it back, even a toddler might end up being a decoy so yeah......I am not taking any chances.

I feel much better now and I decided not to let one bad incidence ruin my time in Ecuador and that being said, I am back to exploring some of the goodies Ecuador has to offer. During this coming weekend I have decided to spend my time in Baños the adventure city of Ecuador. Today being a Thursday I traveled in the afternoon after my Spanish classes so that I could have the whole of Friday and Saturday to explore and return to Quito on Sunday.

There are two main bus terminals in Quito, one in the South and the other one in the North so depending on which city you are going to you have to use either one of them. I ended up using the Southern terminal called Quitumbe. From where I live getting to Quitumbe takes about 45 minutes to an hour depending on traffic.

The Quitumbe terminal turned out to be larger than I expected. It is a really well organized terminal  and I was able to buy my ticket to Baños with half an hour to spare. The ticket only cost $3.50 and the trip took about 3 hours, not bad at all price wise! I took some pictures with my phone because my camera was hidden somewhere deep and I didn't feel like digging around to look for it. Yeah, I had to buy a new camera unfortunately. 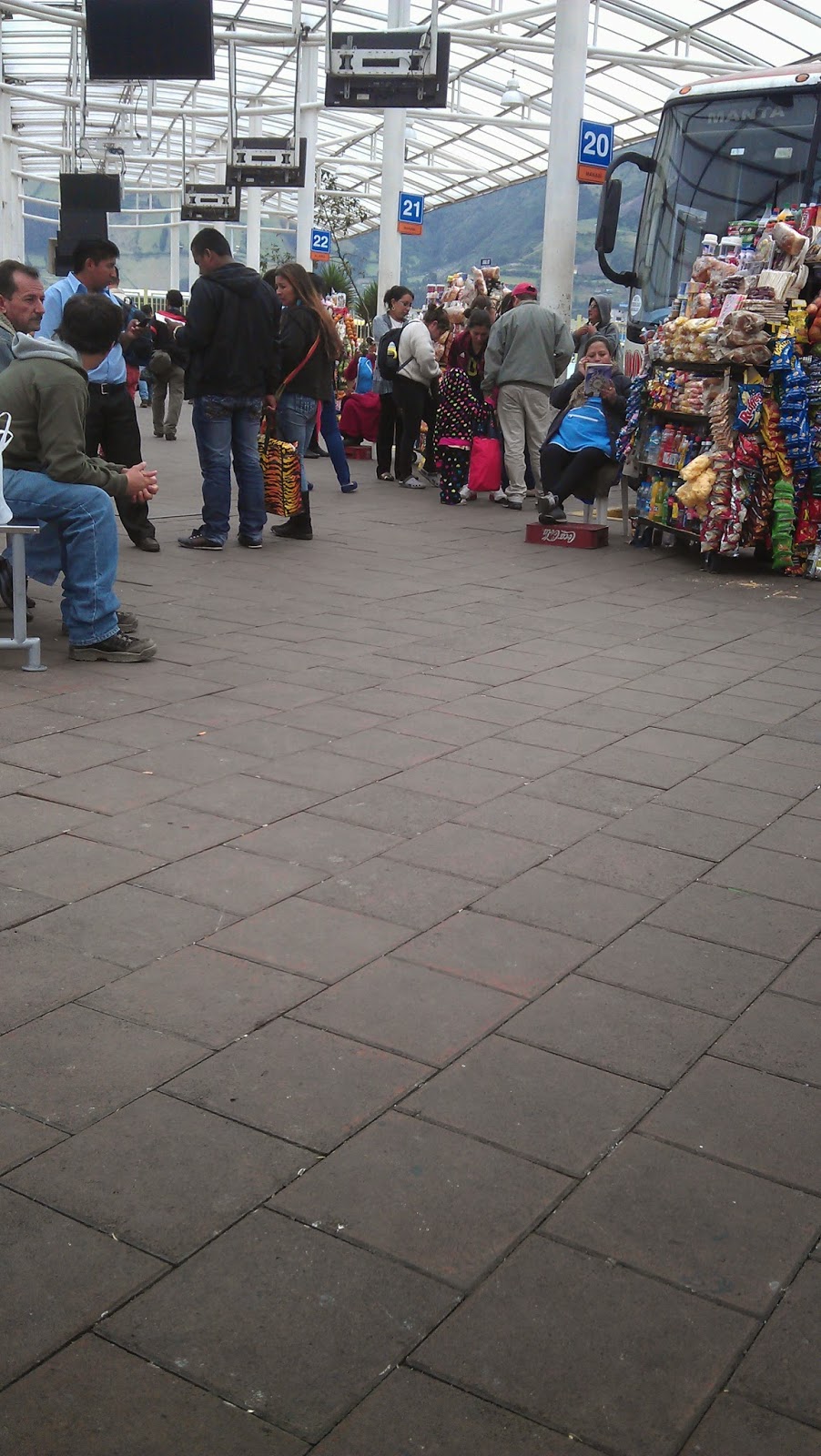 Try to ignore the guy picking his nose but notice the numbers on the pillars? different buses stop at their respective numbers so it makes it easier to know which bus to take because on your ticket, the cashier writes the number where you are to wait for your bus and everything else is easy breezy. 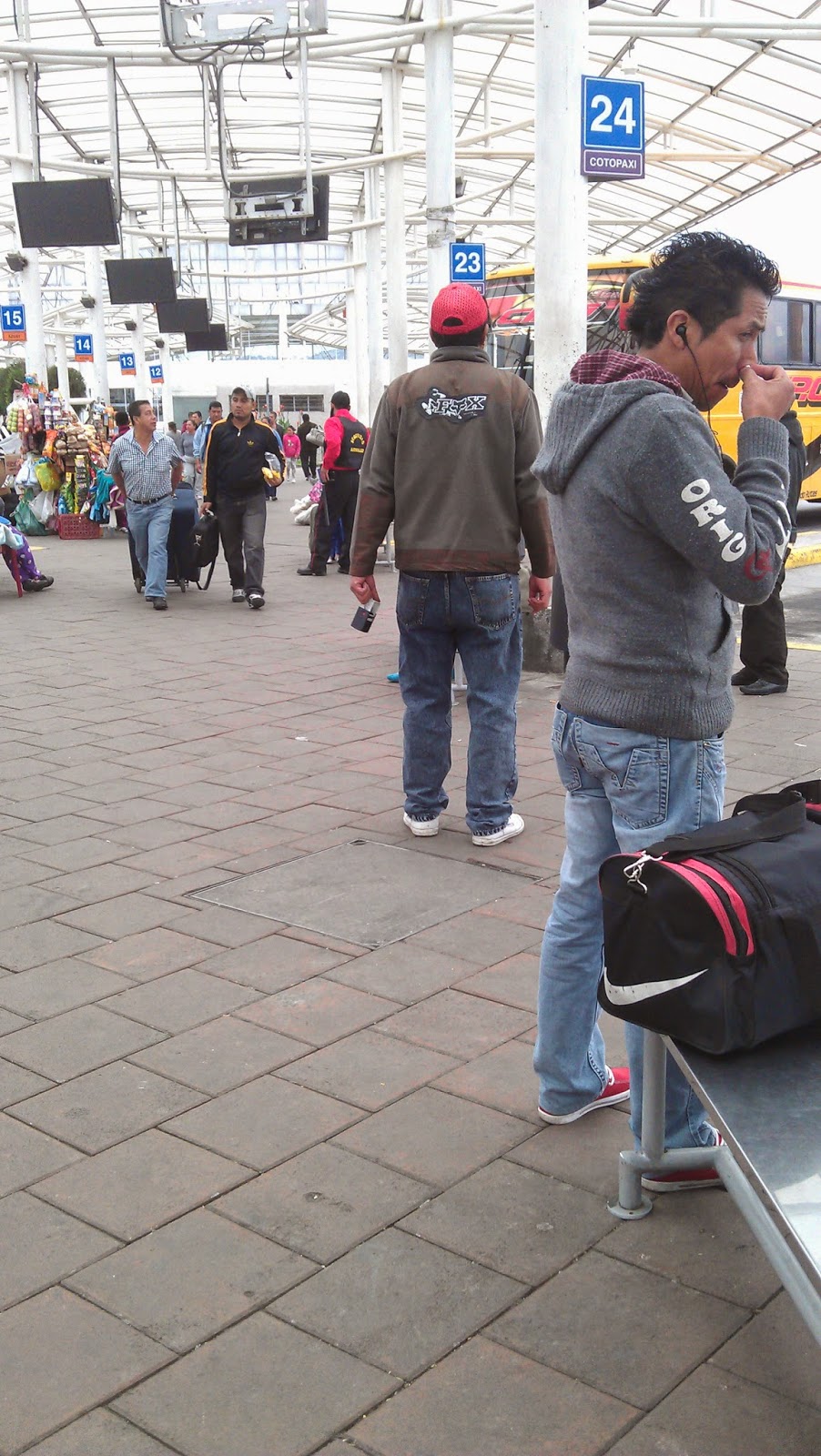 All the buses were pretty huge and looked like this......no mini buses were spotted. 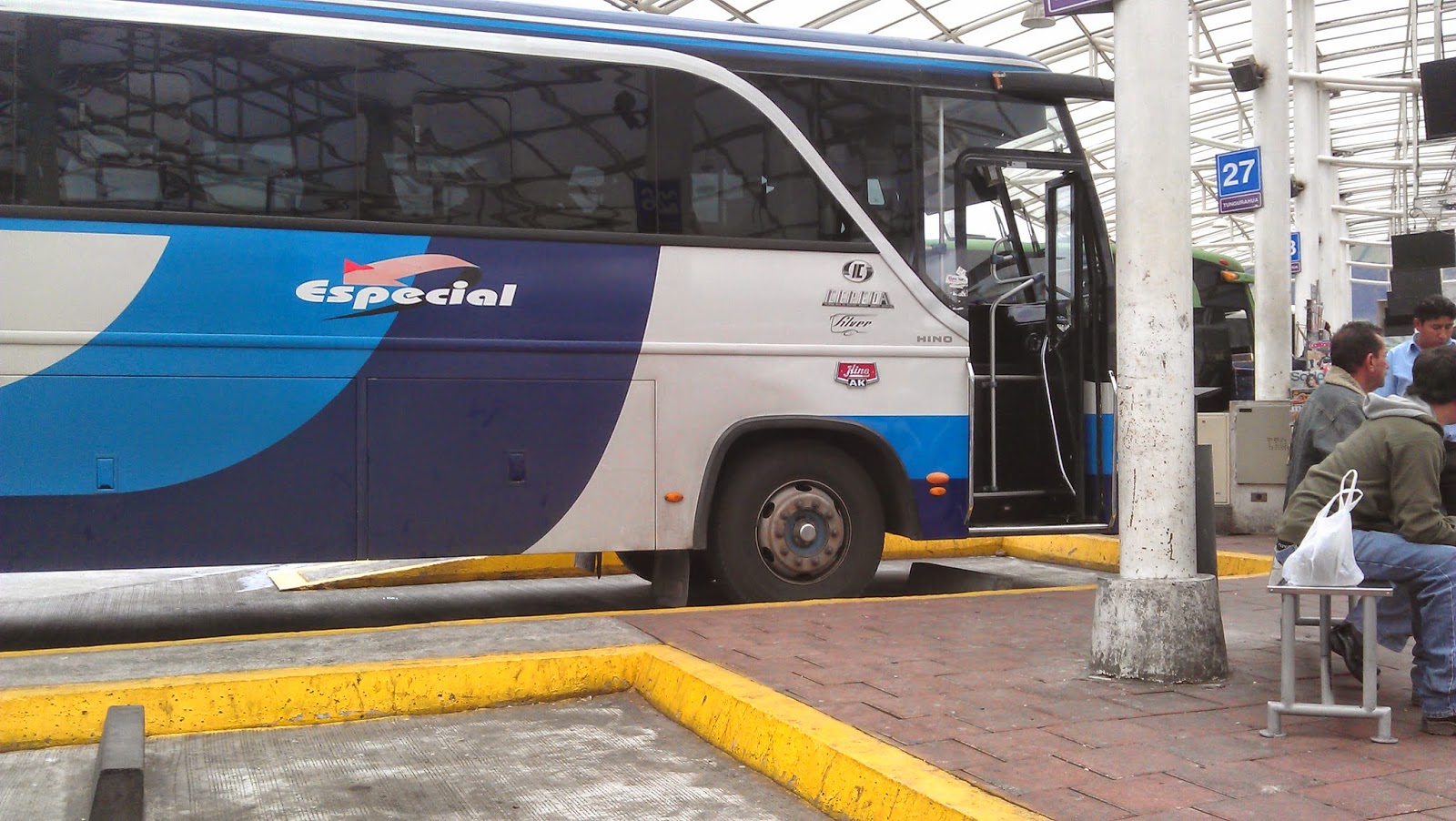 The seats in the bus were very comfortable and there was a movie playing to keep the passengers entertained. I sat next to this one guy who got too chatty and we ended up talking for quite a bit during the trip. All along I was of course very alert because you just never know, I am not taking any chances (I think this is going to be my new catch phrase).

The trip was pretty smooth and 3 hours later I found myself at my destination. I took a short taxi ride to my hostel and due to some mix up I ended up in a larger room than I had booked, this is what I was met with when I got to my hostel. Good thing is the charge will be the same and I was actually given a discount for being a solo traveler, nice! 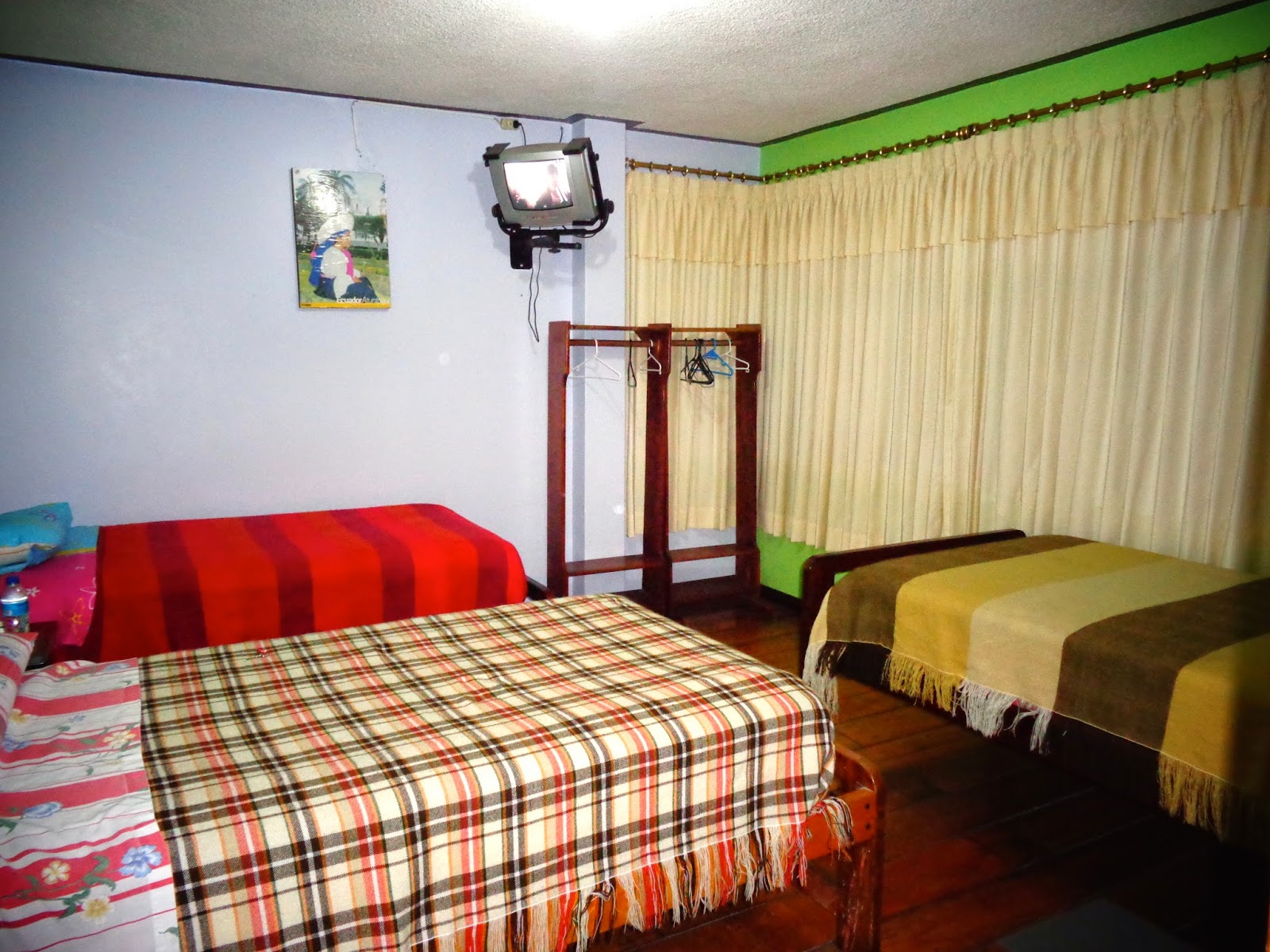 That's it folks, I am settled in my room and tomorrow I will start my explorations of this city so watch this space for updates.

I remember before coming to Ecuador I was talking to this Colombian guy and he told me that Ecuadorians love Korea. I was a bit confused because I thought he meant Korea the country, turns out he meant Correa the current president of Ecuador. Good thing I did not delve deeper into his assessment, can you imagine the embarrassment???

I now make it a point to at least know the president of the country I am visiting and delve a little into the country's politics. My Spanish teacher has been a good resource so far.

The current president of Ecuador is Rafael Correa.

Good thing I have traveler's insurance so I was able to file a claim for my camera and personal effects.

Today I had the shock of my life, okay maybe that's being too dramatic but yes I was shocked. So this one girl I met through my Dominican friends in Quito asked me to translate a note that her American "boyfriend" (and I use the term loosely) had written her. Let's just say from reading the note I came to find out the girl is a "lady of the street." I don't know the girl's background so who I'm I to judge right? these girls are always nice and sweet toward me and are always inviting me to go out with them but now I am a bit suspicious, are we going out to dance or troll for "clients?" I am not being mean but you get where I am coming from?