La Topa Tolondra is a salsa dance club that one of my friends here in Cali introduced me to and I fell in love with it the first time I visited. I wrote about my first visit here. It's a small club and with one glance you can pretty much see the whole of it, it's definitely not one of those clubs that you can wander around in for a while searching for your friends because you can see everyone at once. It's not fancy by any means but the quality of music makes up for any shortcomings that the club may have. They play strictly salsa although toward the end of the night they do play some good music from the pacific coast that have a heavy African influence.

When you enter La Topa one of the first things you will notice are all these pictures and drawings on the wall depicting some great salsa legends. I like the pictures because I feel like they add character to the place. There are small stools and tables on the side and in the middle you have the dance floor which despite being small, always has some space for dancing even when it's full of other dancers.

Every Monday between 6 pm and 9 pm the club has a language exchange program where you can socialize with people from different parts of the world visiting Cali, as well as Colombians who want to practice some English. It's a really cool social event and you can meet some interesting people. At 9 pm salsa comes on and the dance floor is open for dancing until 1 am. I would definitely recommend the event to anyone visiting Cali and wanting to meet people or practice their salsa skills. Friday and Saturday nights are also good times to go out dancing at La Topa.

The crowd is really cool and you don't need to go with a partner because you will always find someone to dance with. It's not uncommon to have a lady ask another lady to dance or see two women dancing salsa together the whole night. I had been told that a lot of lesbians go to the club because it's gay friendly..........more so toward the women I think because I have never seen two men dancing together.

Here are some pictures I have taken at La Topa, enjoy! 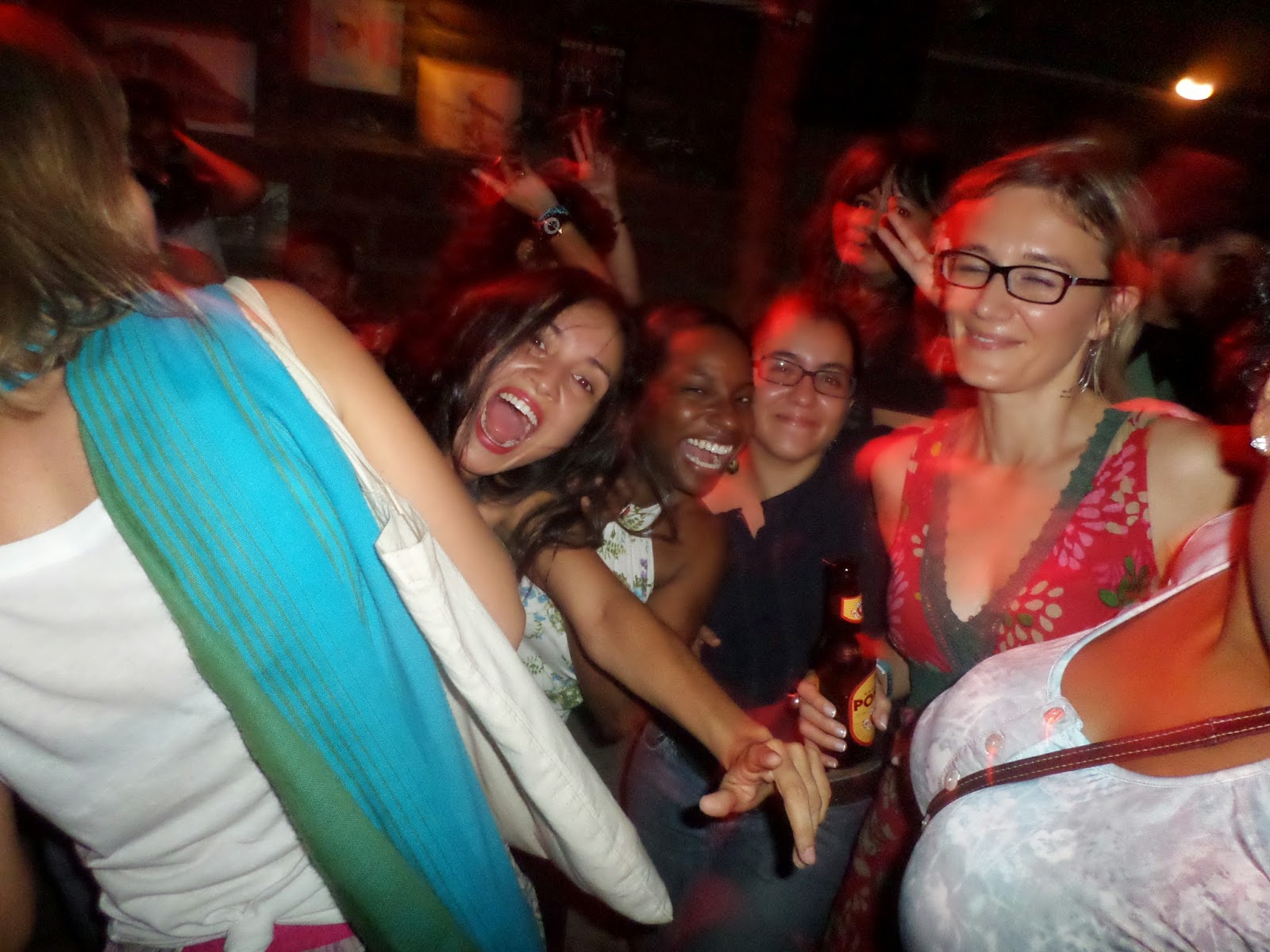 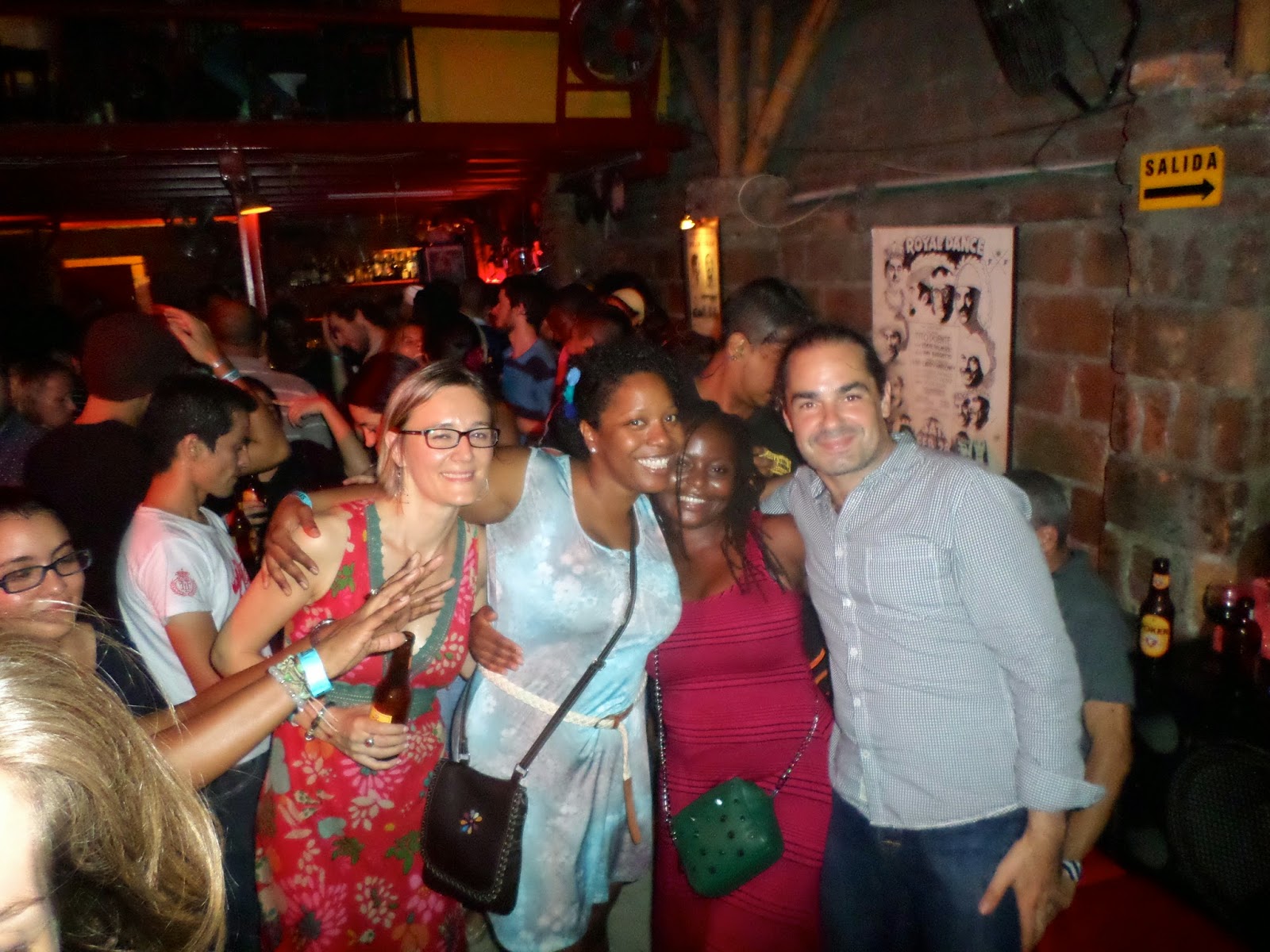 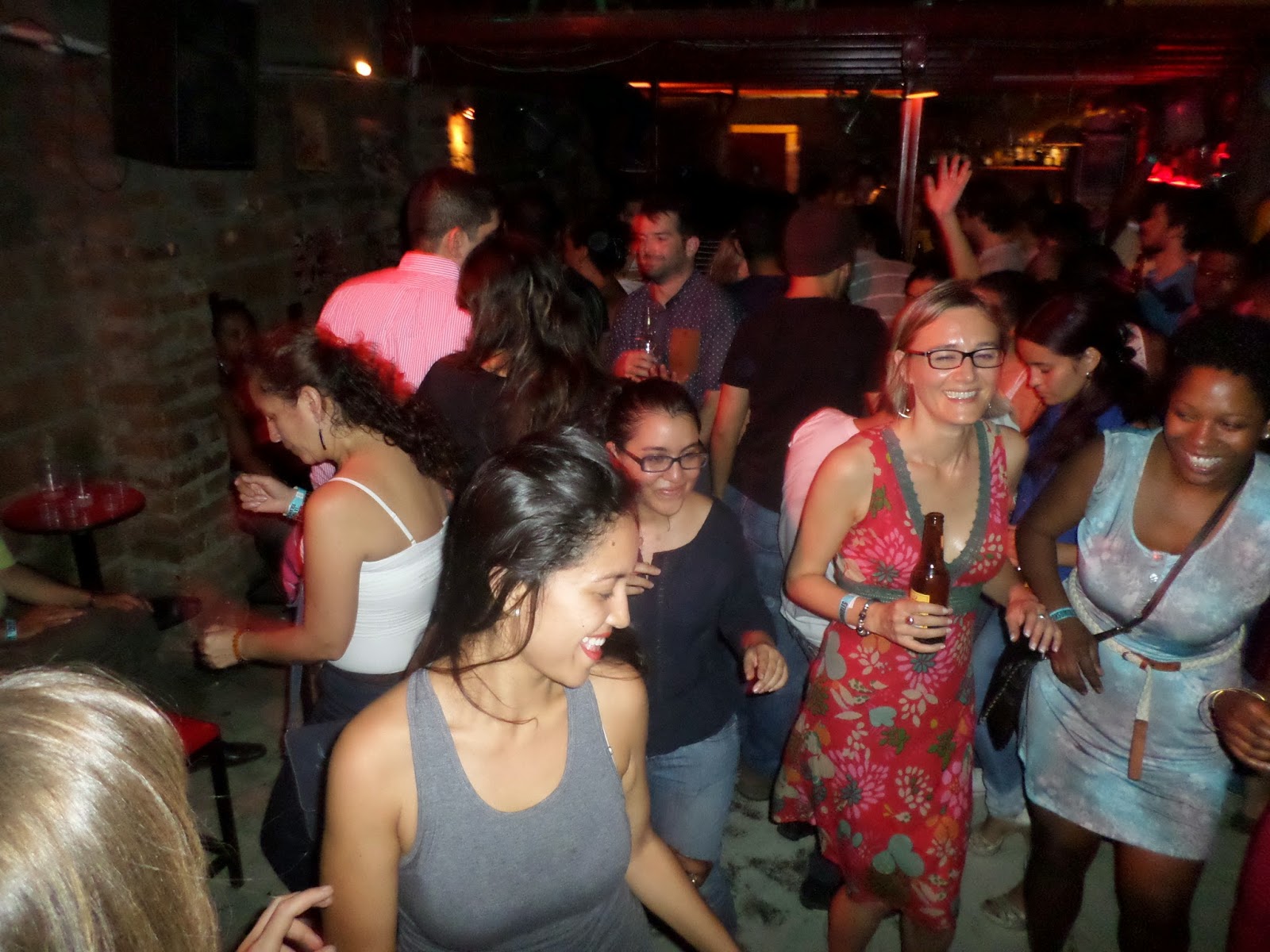 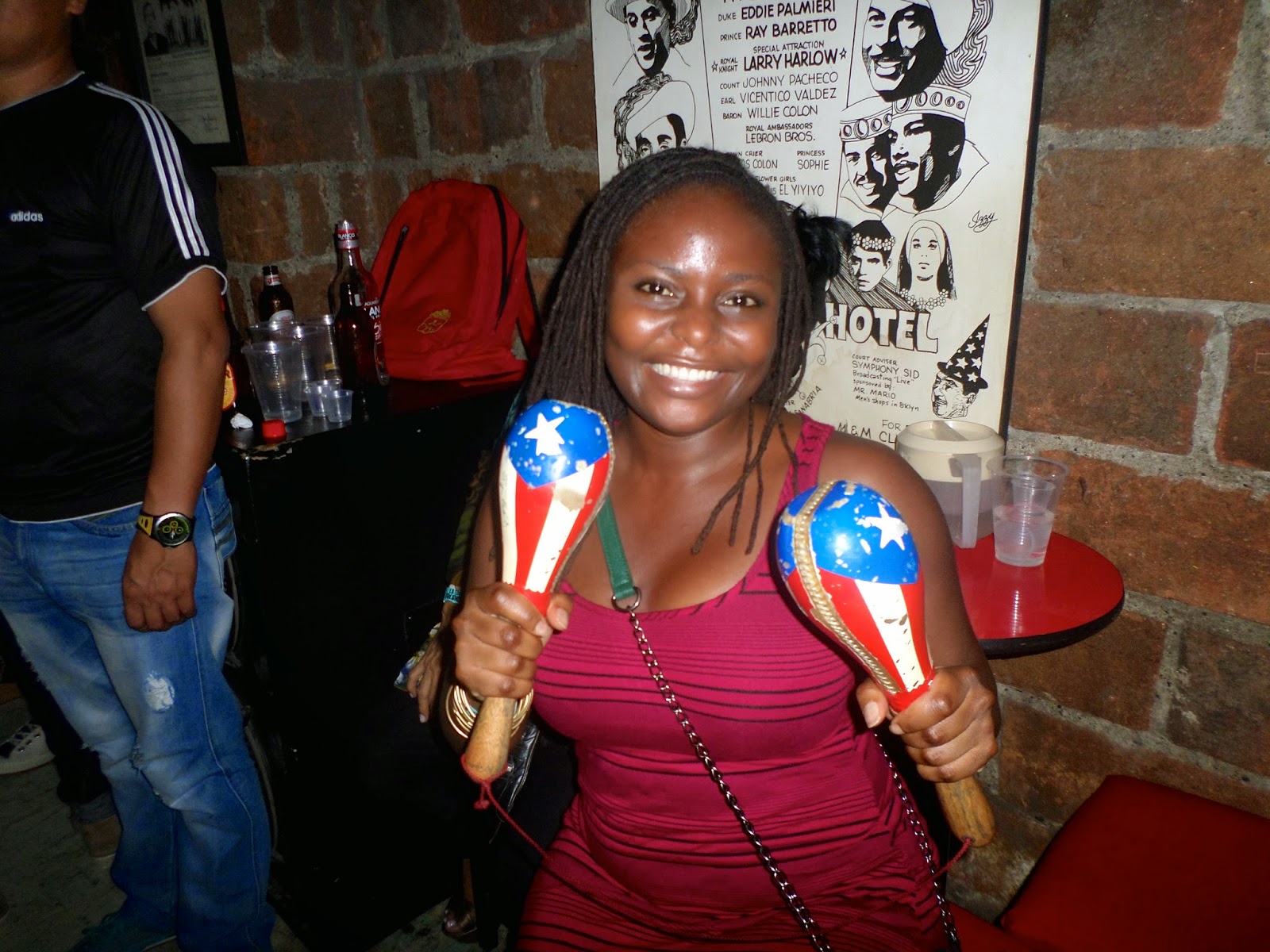 That's it folks! La Topa is clearly one of my favorite clubs in Cali so far. Maybe I will get other favorites as I check out more clubs but for now this is it.

I am so excited because I have a date tomorrow with this guy I have been crushing on for a while. I met him at La Topa...........yet another reason why I like the place. Depending on how the date goes I might write about it or not.

I wonder what time kids go to sleep here. It's not uncommon to see kids outside late at night during the week. Don't they need to get up early for school?

Every time I mention Bogota or Medellin to afro Colombians, the first thing they all say is how racist those two cities are.

I met this nice guy at one of the language exchange events at La Topa. He raps about social issues in Colombia that include race and poverty and we ended up having an interesting conversation. Anyway when the topic became lighter and we started talking about other things, I brought up one of my favorite Colombian music group called ChocQuibTown. Turns out he actually knows them personally and performed with them a while back before they really blew up and became huge and popular. The poor guy had to endure my constant raving about ChocQuibTown even when he tried to steer the conversation toward his music. Later on I felt so bad but in all honesty we did talk a great deal about his music as well.

When I leave Cali one of the things I will miss is how sweet people sound when they add in these affectionate words or phrases to their daily conversations even when they don't know you. For example it's not uncommon to go to the store and have the cashier refer to you as amor, cariño, muñequita or hermosa, it's just an affectionate way of talking that's common here.

One day I told Fernanda how much I like the way men around here talk when they are expressing their feelings toward you. I think it's so cute and romantic. In her own words this was her response, "Yes these Latin men really know how to charm a woman but be careful about falling in love with them, when they are in love with you they will make you feel like you are high up in heaven but once they loose interest, they will drop you so fast in the most cruel and heartless way." yikes! one of my Spanish teachers in Panama had told me something along those lines as well. Dear heart please take note of this.