Aaah! the long awaited date, where do I begin? I know I said that depending on how the date went I would write about it or not but later on I figured that whether it went horribly wrong or fantastically right, I would still write about it because both instances would still count as experience in dating while in Cali right? besides, who doesn't like reading about affairs of the heart once in a while anyway? the good and the bad. So about my date......... how did it go? hmmm? how can I describe it?............hold on while I take a sip of water, I am thirsty given the fact that I haven't drunk water the whole day. Ooh! okay yeah the date, just building some lame suspense here. Was it good? you are damn right it was! It was sugar and spice and all things nice rolled into one and without further ado I will get right into it.

My crush had told me that he was going to call me this morning to confirm what time he would pick me up and true to his word, he did contact me in the morning to verify the pick up time. That in itself earned him several points because from my experience living here in Cali, I have learned that a lot of people never keep their word and it gets on my nerve. We agreed that he would pick me up at 11:00 but he ended up getting caught up in some errands so he stopped by at noon.......he earned more points by contacting me prior to our meet up time to excuse himself for running late and letting me know that he would be getting to my place at noon. Yes people, I am a sucker for common courtesy.

He finally got to my place and picked me up in his car, I was expecting a motorcycle which is very common around here but I wasn't complaining, a car was even better (PS: I am not superficial a motorcycle would still have been fine by me). I had suggested checking out Rio Pance since for the longest time I had wanted to go to this river but never had an opportunity to do so. From the pictures it looked very pretty and a lot of people from the city go there on weekends to relax in the area and swim. I figured what better way to break those first date jitters than hang out in beautiful natural surroundings where you can explore and have lots to do other than sit across from each other having lunch or dinner and trying not to act nervous.

When we arrived at Rio Pance I knew I had made the right suggestion because the area was so beautiful and serene. The river itself had clean clear water that just called out for a dip and the surrounding area had hills and lush vegetation that added to the appeal. I wasn't dressed appropriately for taking a dip because I had figured we might just end up walking along the river bank but my crush had come well prepared, he had actually brought extra shorts for me to wear and one of his tank tops just in case I needed to change my clothes.........can you say major earned points? for real!

We got into the water and had fun just lazying about and talking about everything and nothing. At this point it felt like we had known each other for so long and there was this playful familiarity that had grown between us. We both recounted the first time we met and admitted to having felt attracted to each other and we laughed about it because of the way we both were trying hard to hide our initial attraction although it was pretty obvious to each of us. Le sigh! the courtship games that men and women play sometimes.

He took a lot of pictures, mostly of me because he said..............never mind what he said here are some of the pictures he took. It was an overcast day but good thing it did not start raining until long after we had got out of the water. 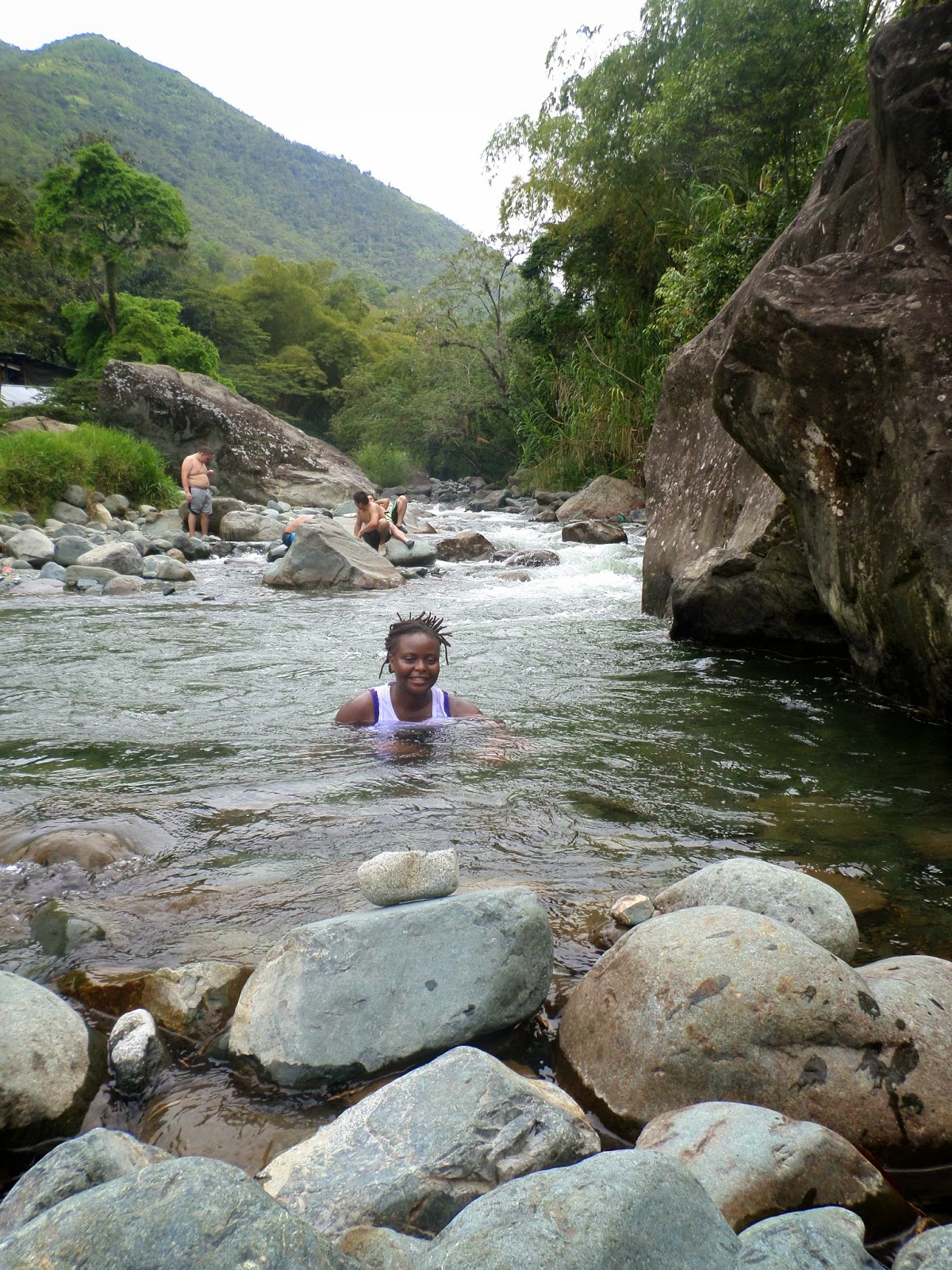 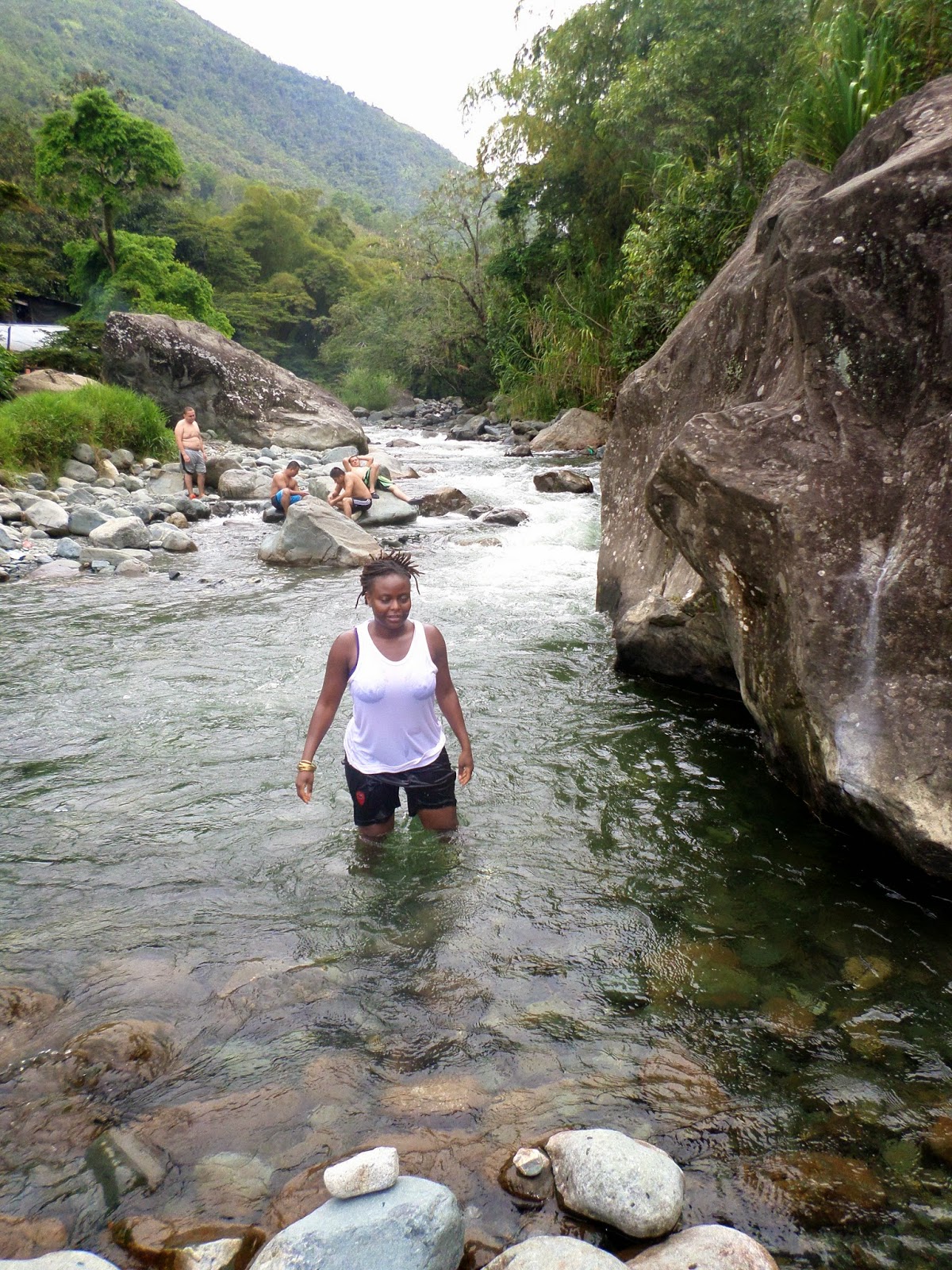 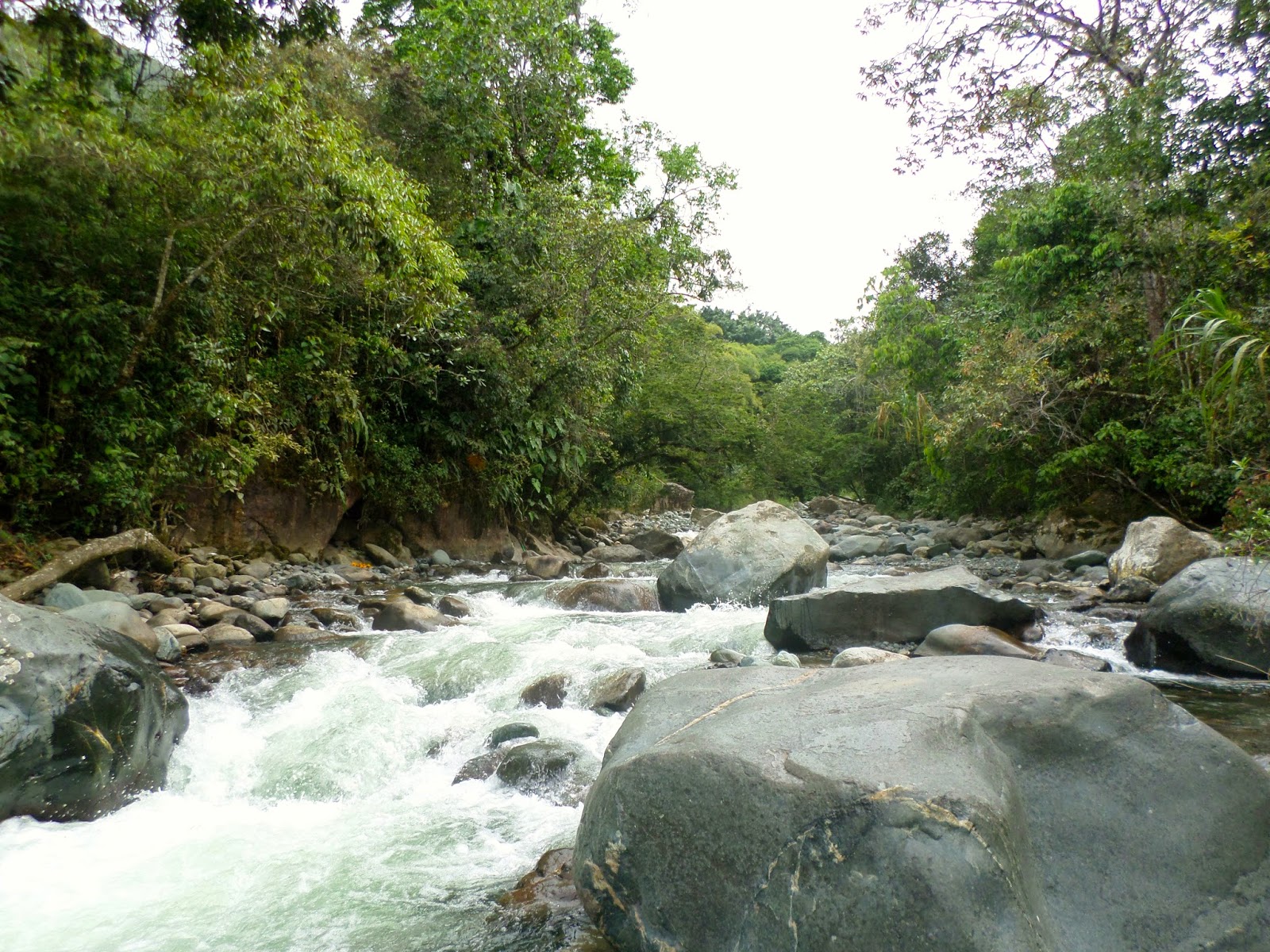 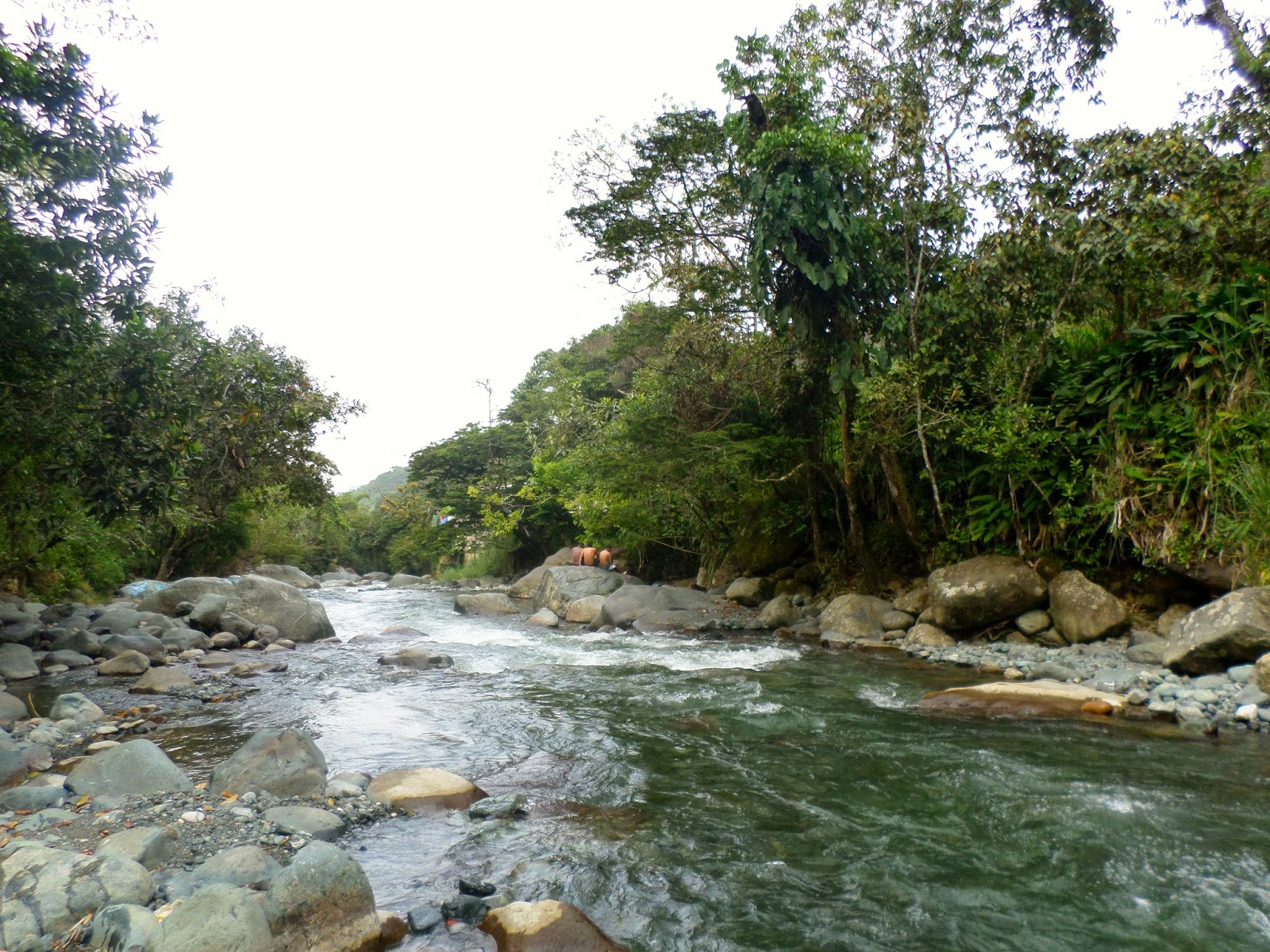 After hanging out in the river we decided to get some lunch around the area and afterwards he suggested showing me the cascades of Rio Pance which were supposed to be very beautiful but would require some hiking to get to. I was definitely up to it so I figured why not?

On our way to the cascades we came across this bridge which was a bit scary because it swayed with every movement and I lost my balance several times, to his amusement. 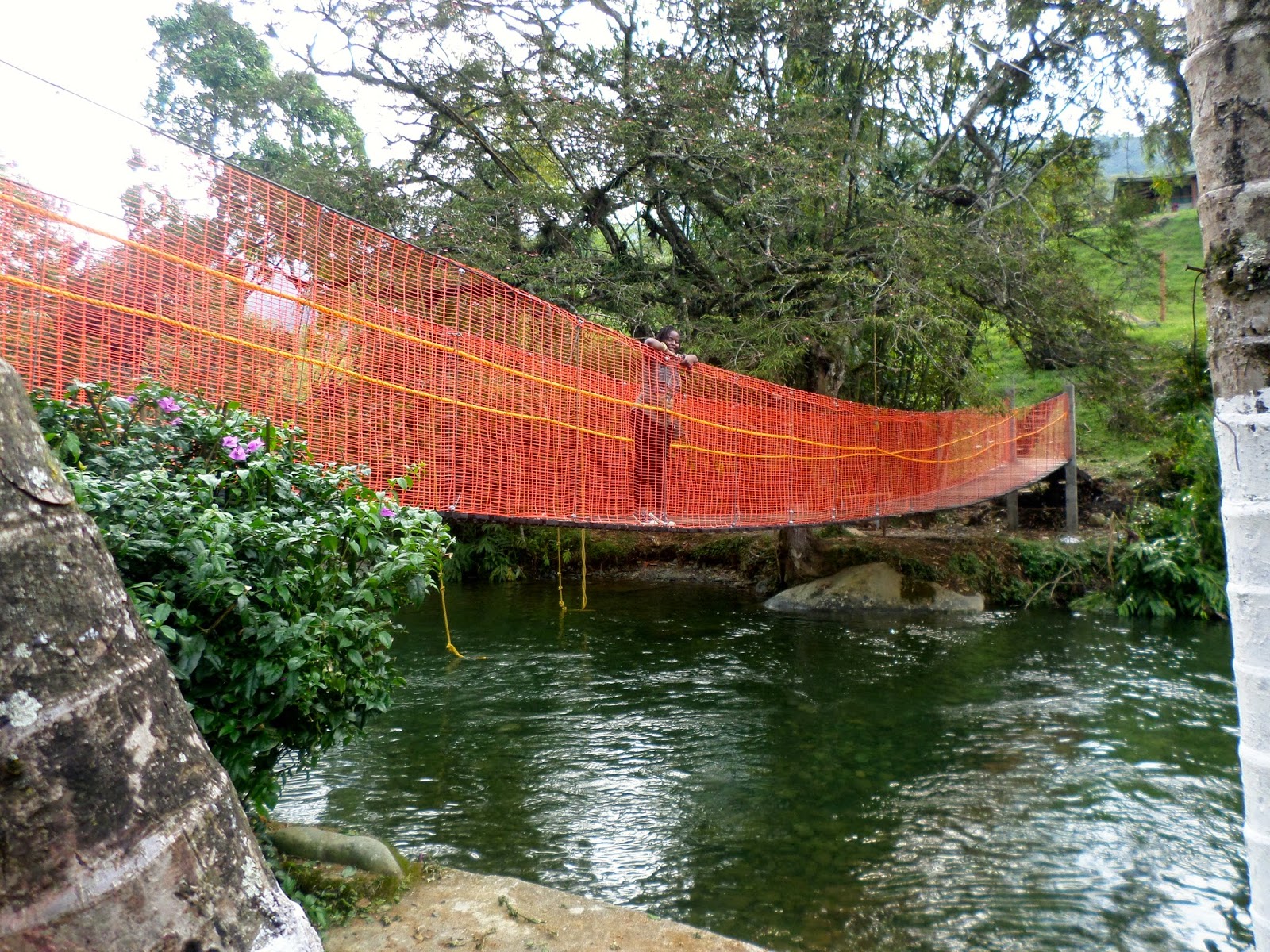 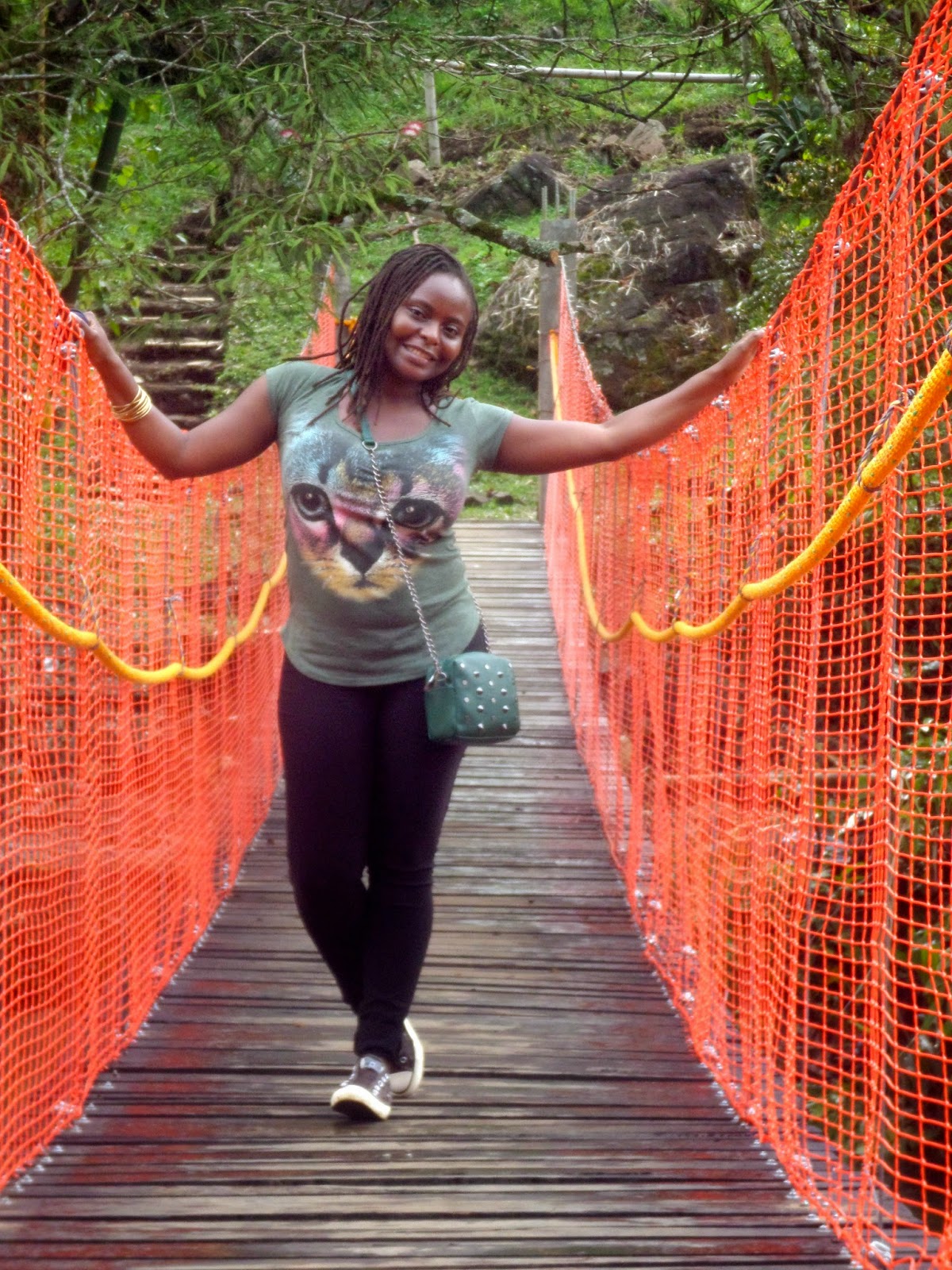 There he is, you didn't think I would show his face now did you? I have to respect his privacy. 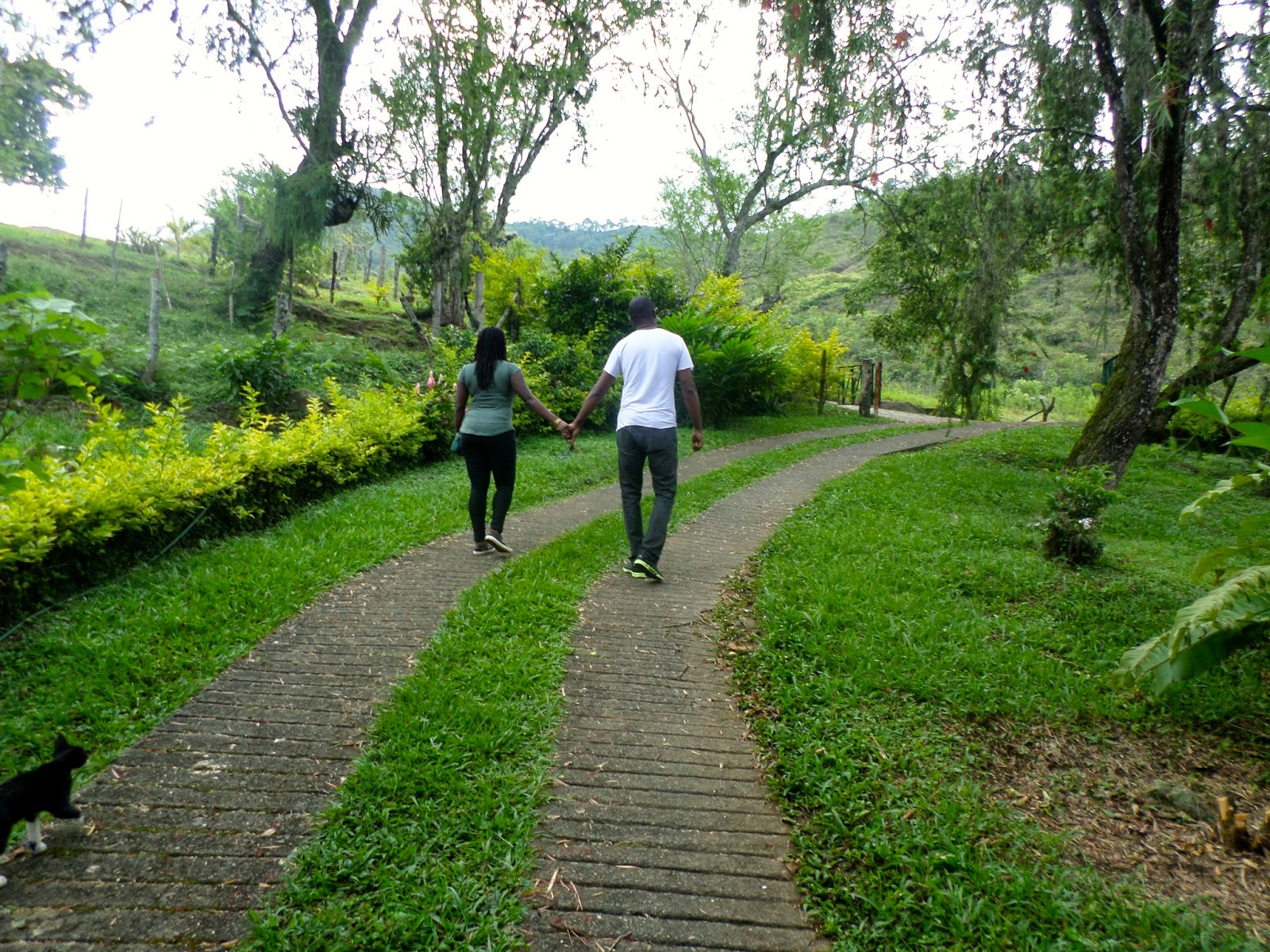 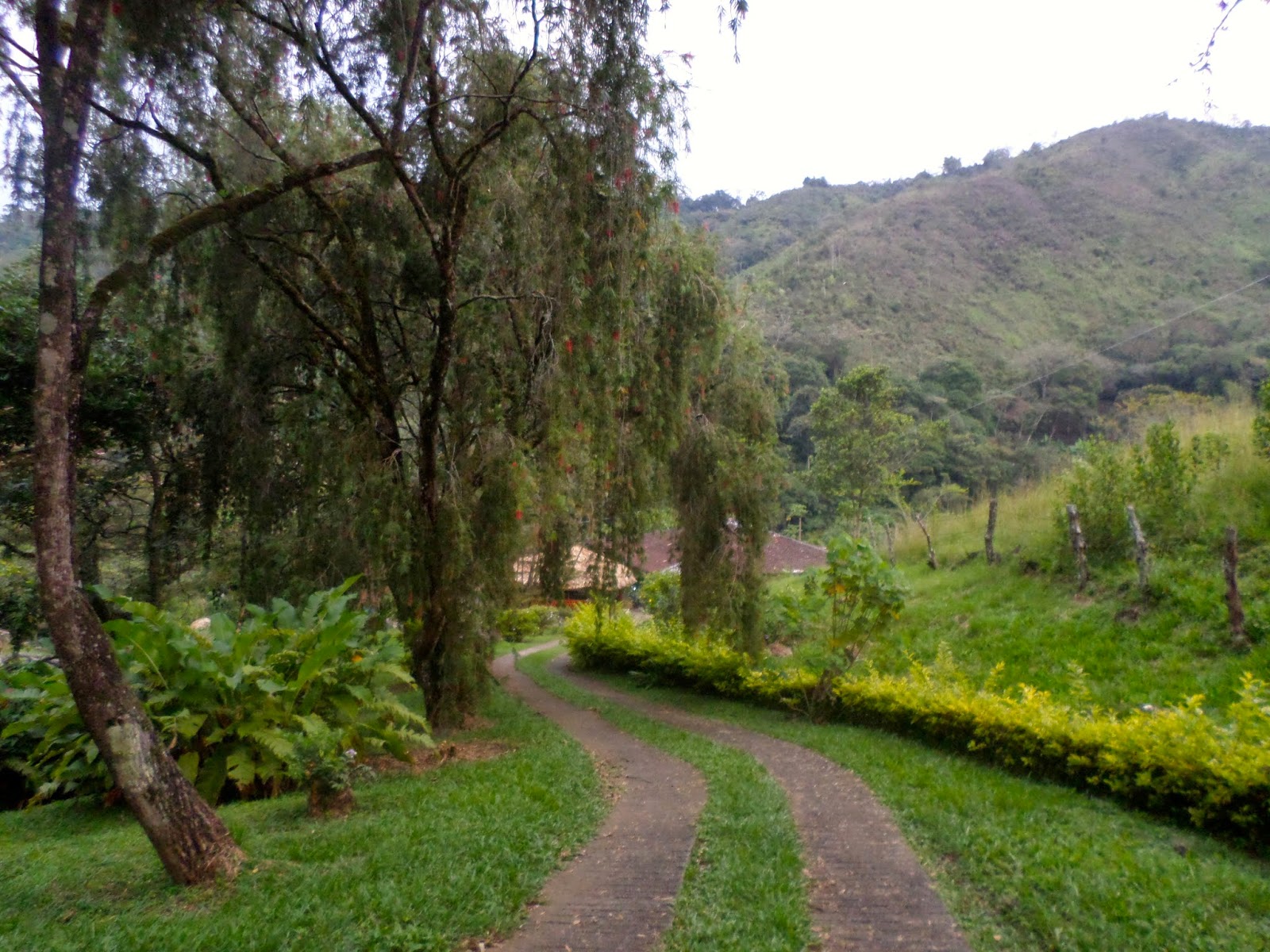 When we started our hike we took a shortcut through this nice hotel and the resident cat took a liking to us, I am a cat lover so when I first spotted the cat I immediately got down to my knees and started playing with it. I was so focused on the cat until I looked back and noticed him patiently waiting for me to be done so we could continue on to the cascades.........such a sweetie! as we continued walking we looked back and noticed the cat following us. It was the cutest thing! 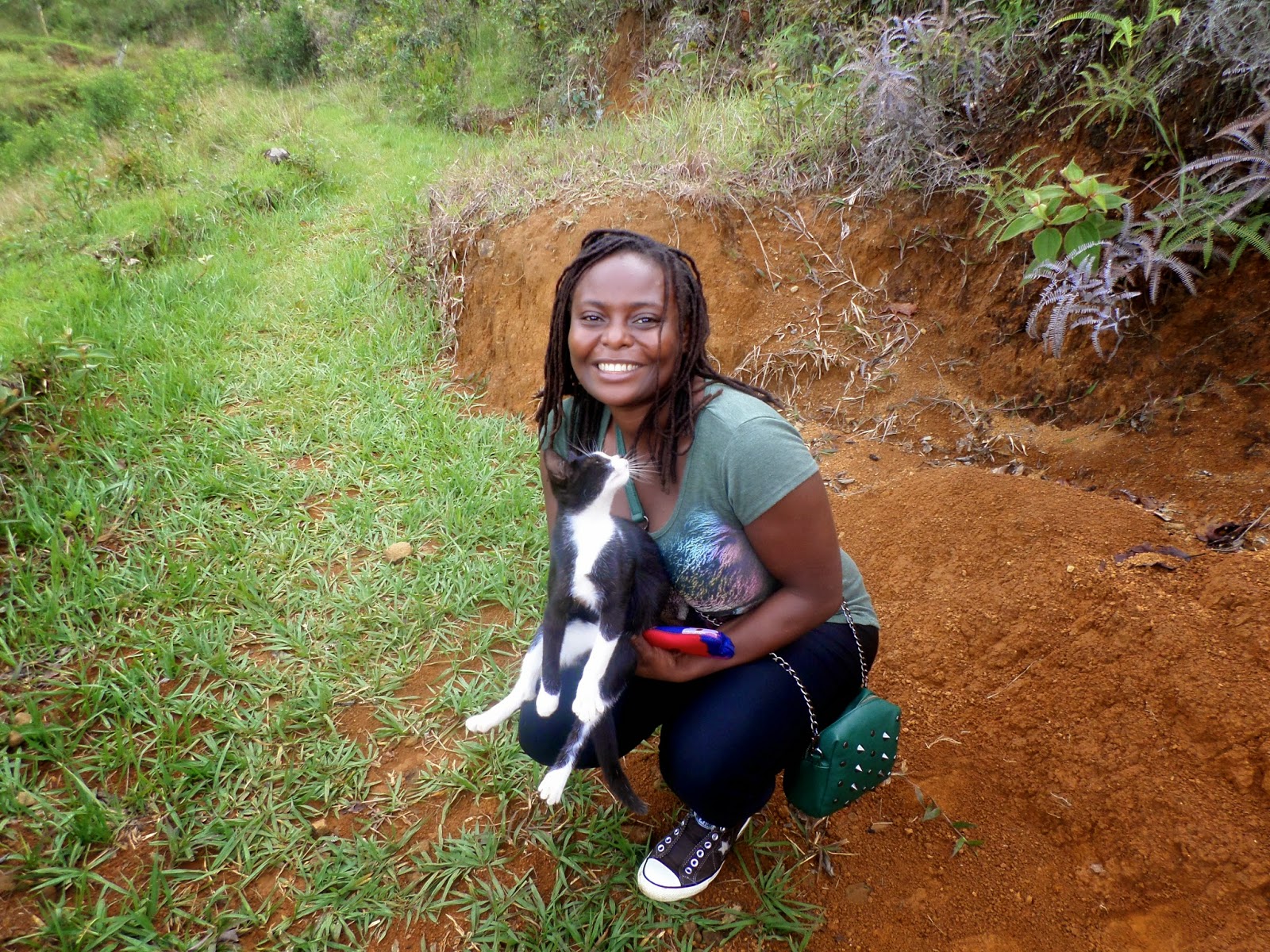 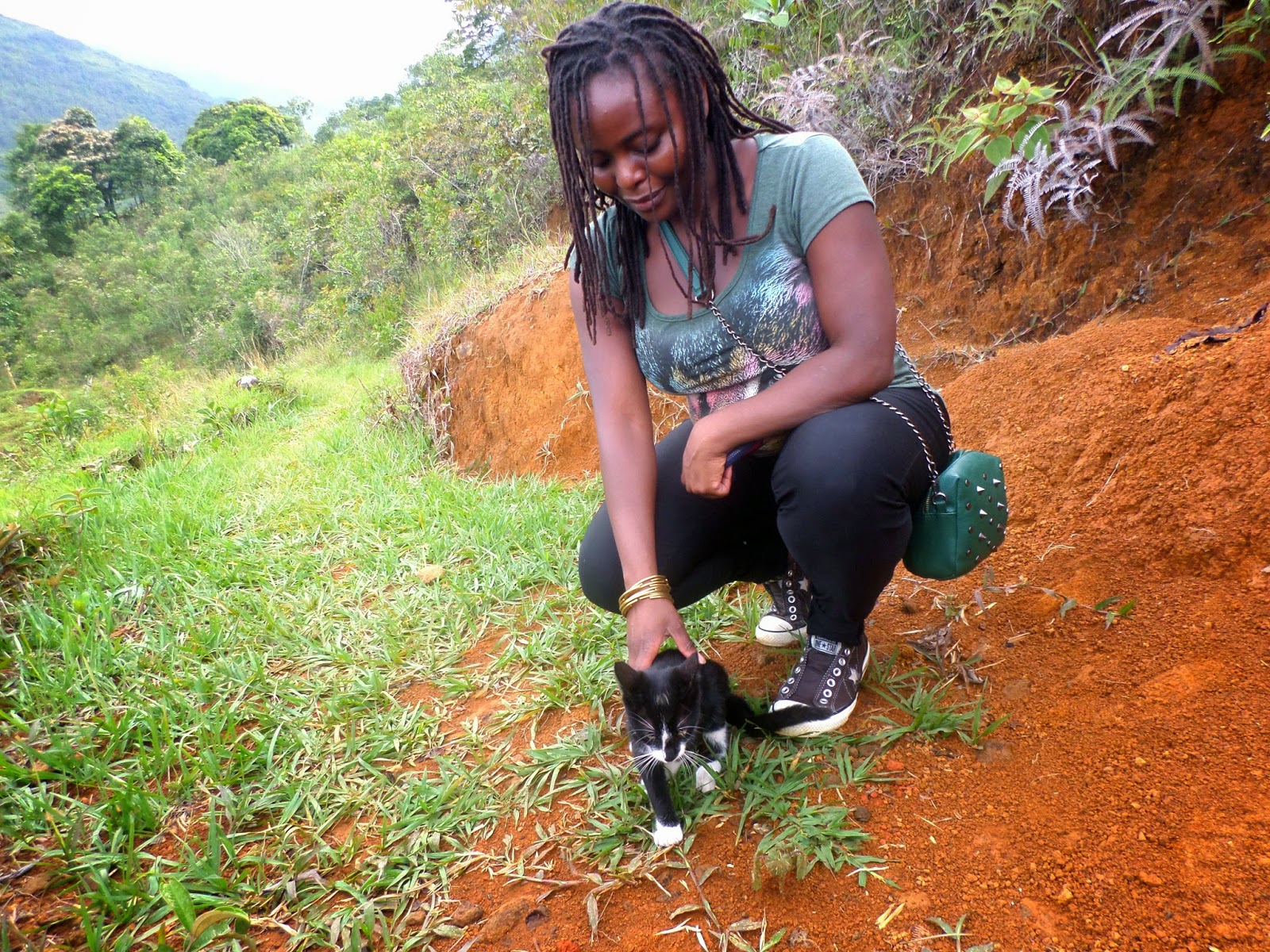 For the rest of the hike and back the cat stayed by our side, sometimes it would run ahead or lag behind and we would call out to it saying, "vamos gatito" and it would run to keep up with us. Isn't that just the most adorable thing? we nicknamed him "el gatito" (little cat). 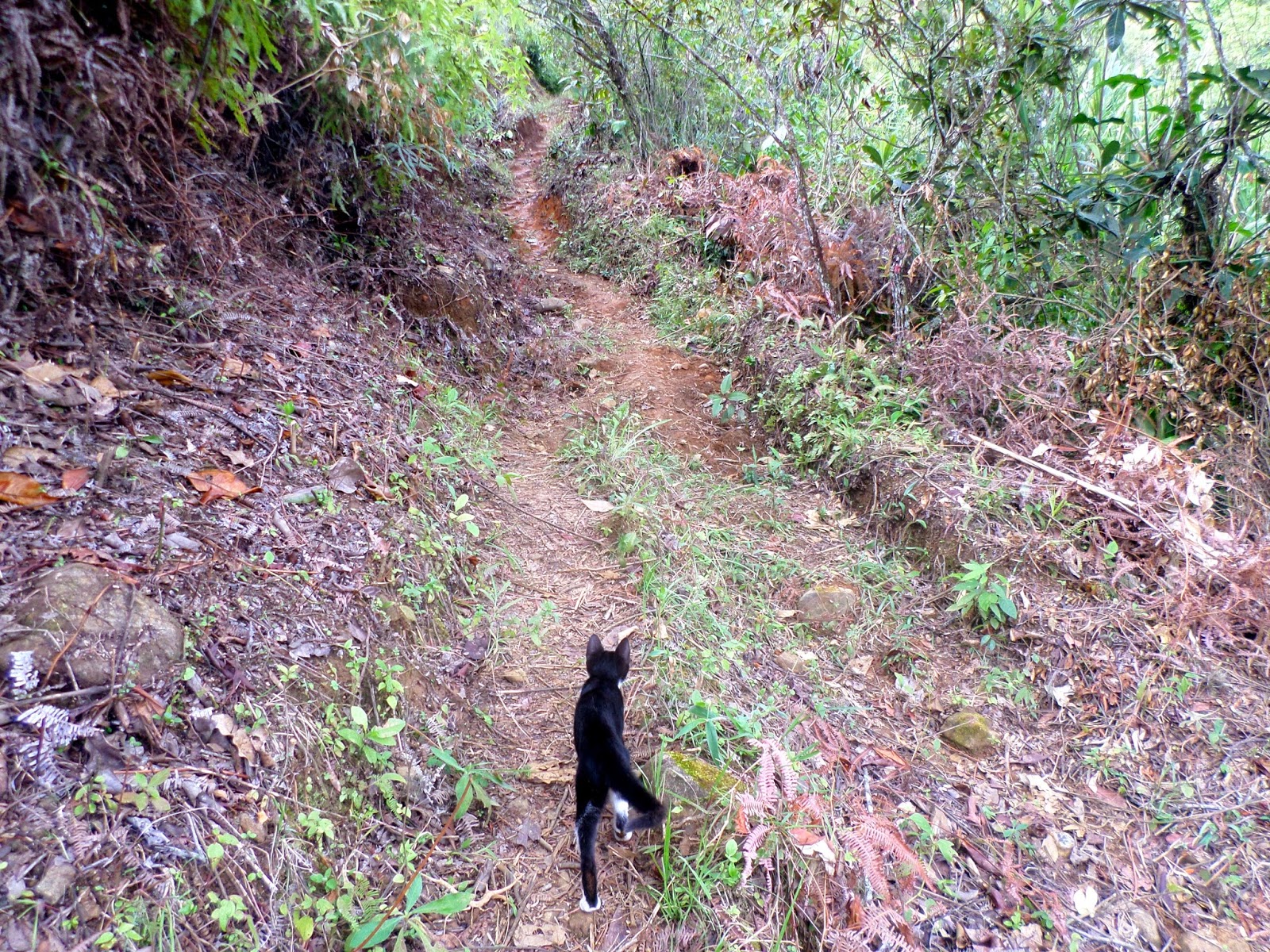 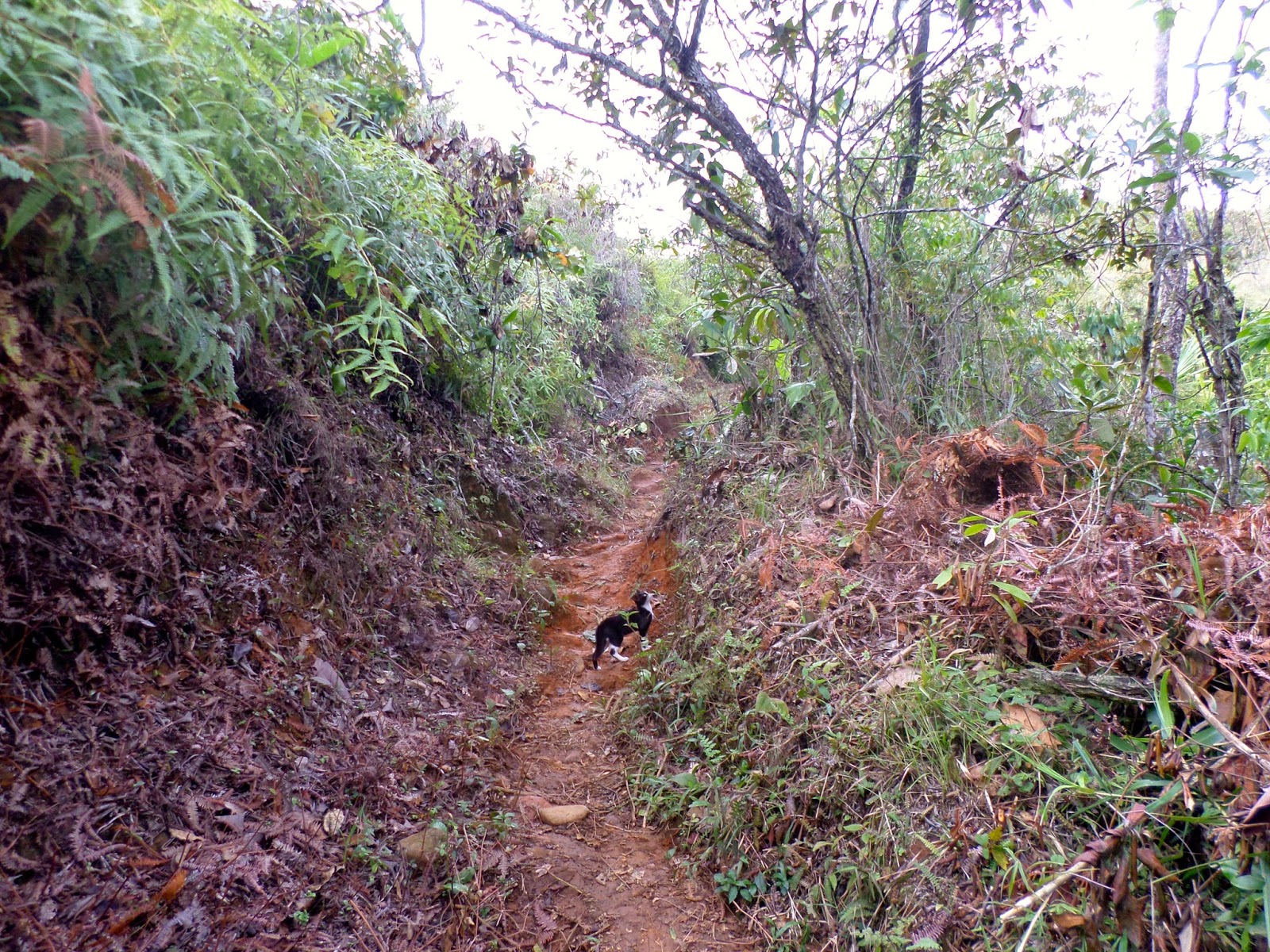 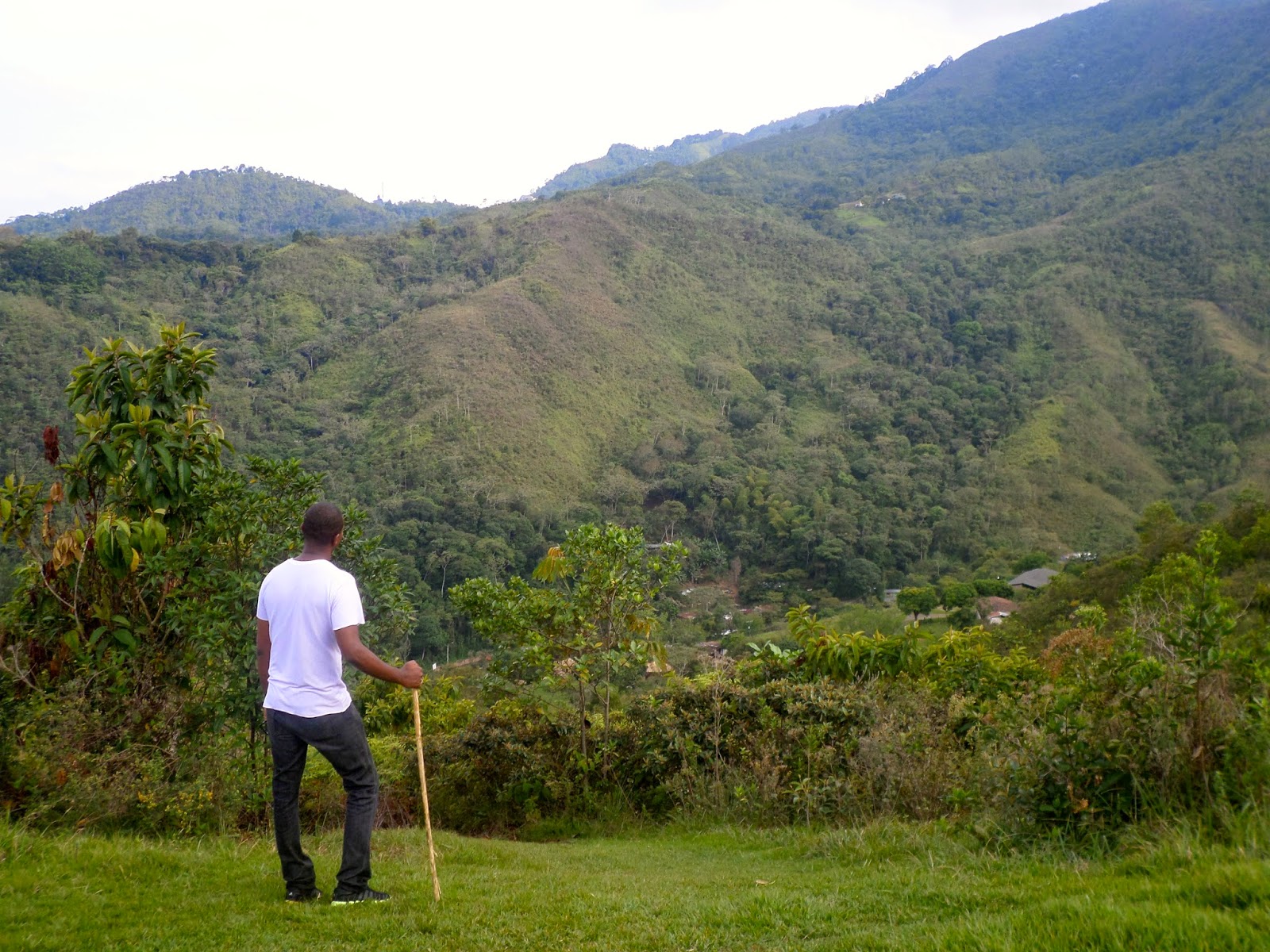 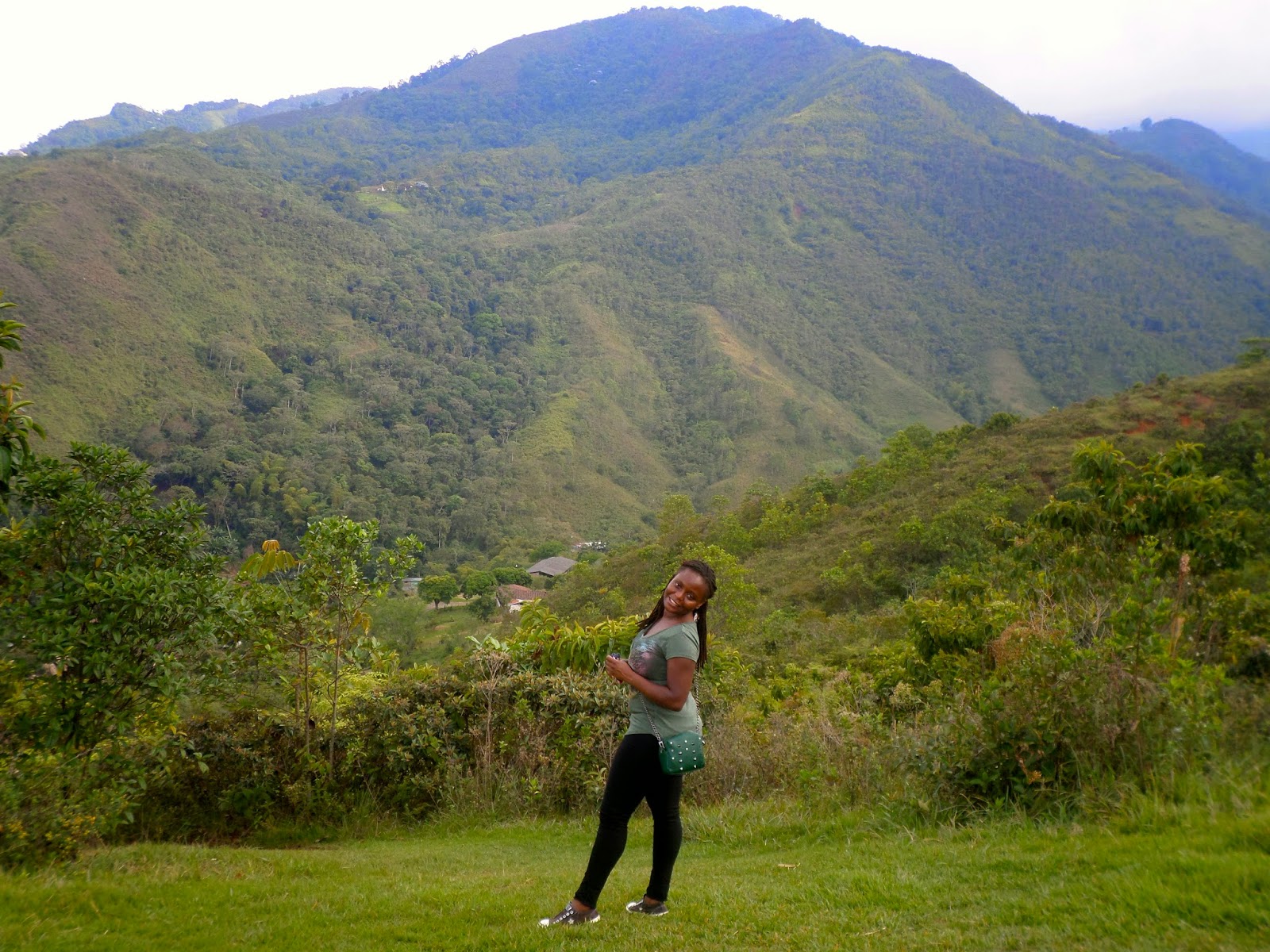 I have to tell you as beautiful as the view was on the way to the cascades, the hike was a killer! I was huffing and puffing while sweating like a pig but he was so sweet, he would hold my hand and stop to wait for me to catch my breath and still called me beautiful even when I was drenched in sweat and was feeling really icky. Swoon!

This was my happy dance when we finally got to the cascades, soon after this picture was taken I slipped and almost fell on my butt. It would have been an embarrassing moment but we both just started laughing so hard, then he gave me a hug and told me I was cute. Swoon X2! 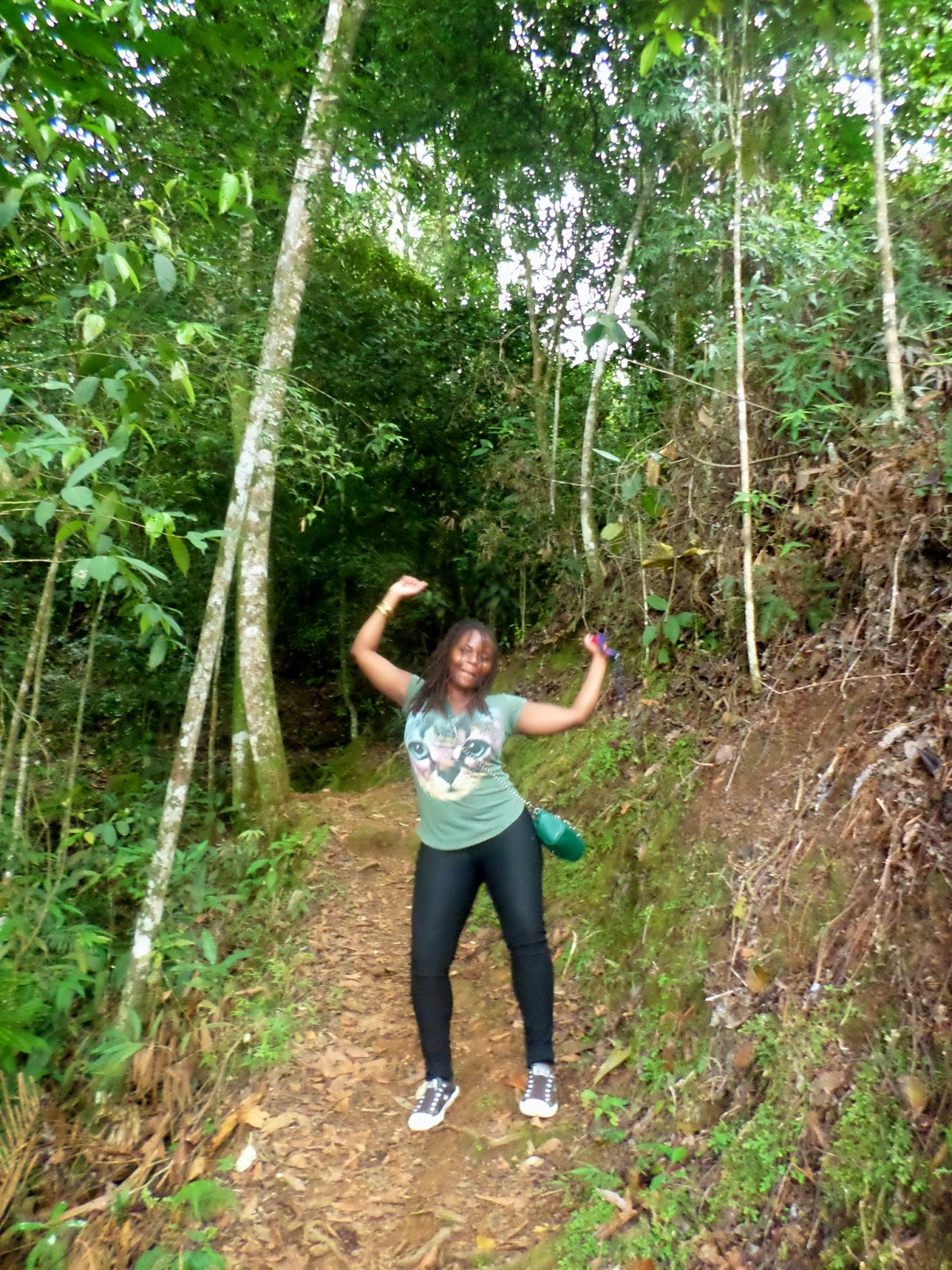 At the cascades finally!!! notice El Gatito behind me? we hung out at the cascades talking about sweet nothings while holding each other and just enjoying the surroundings. El Gatito was ensconced between us and purred throughout, It was the cutest thing. 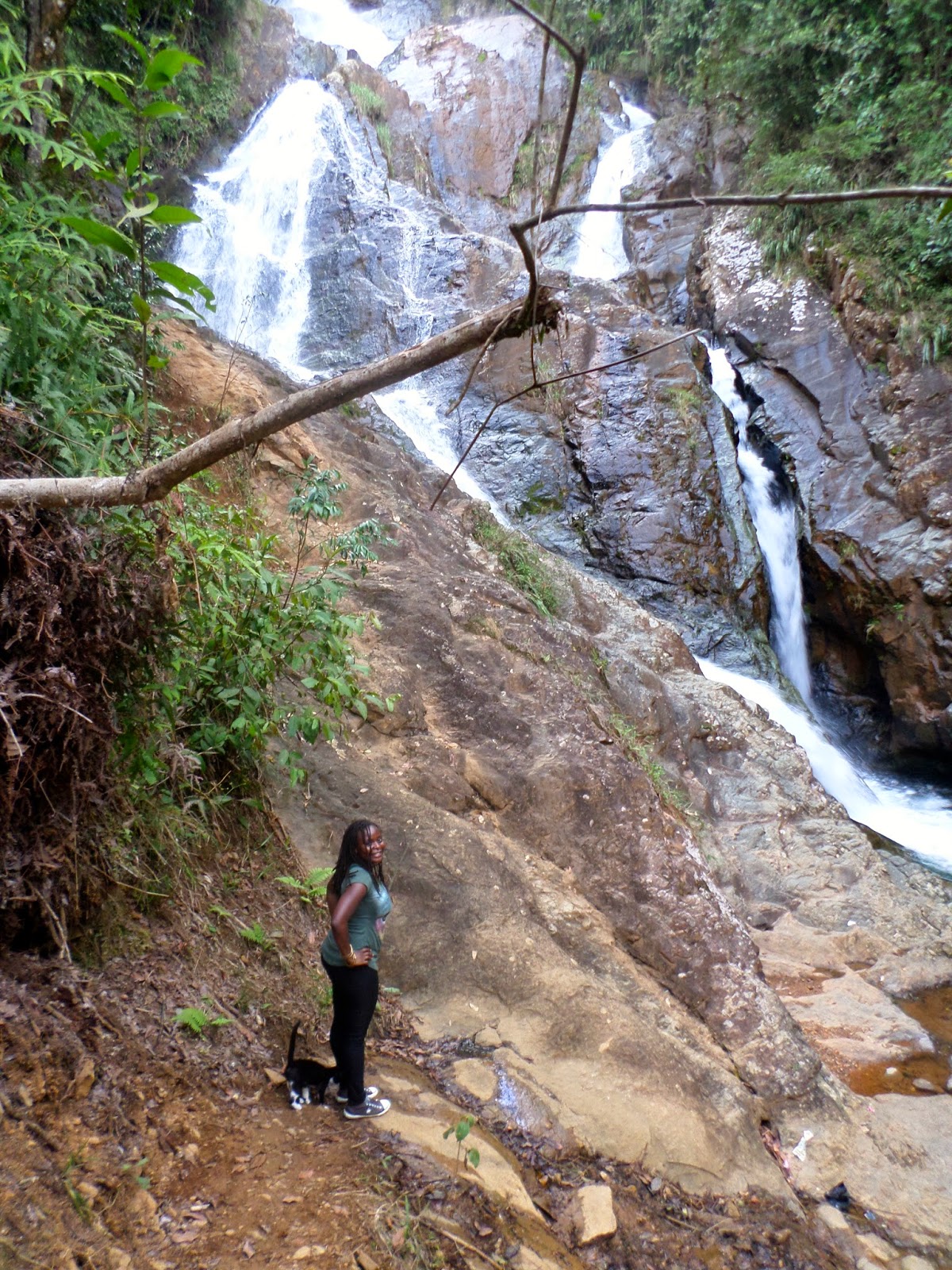 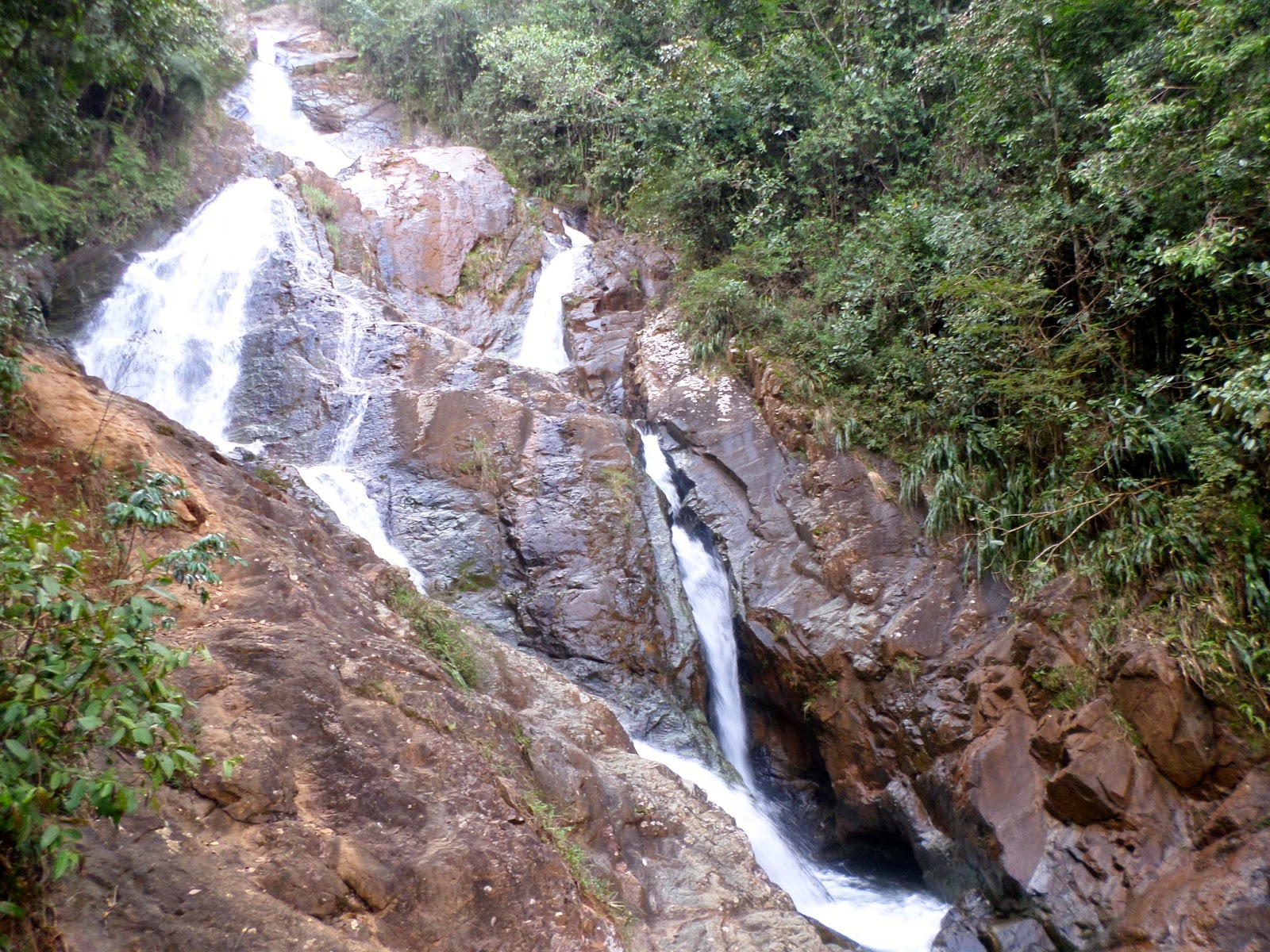 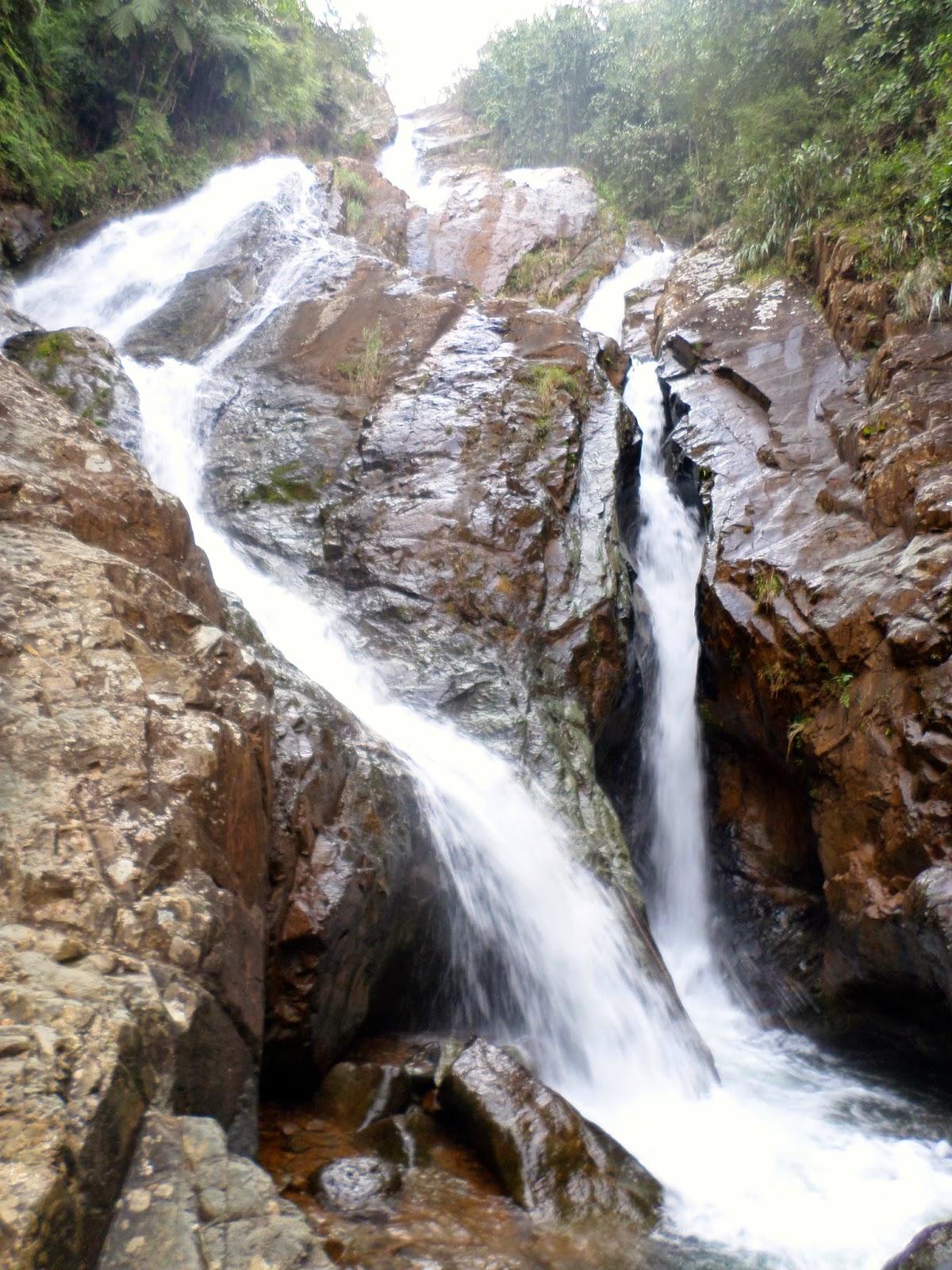 It was getting dark so we decided to head back to the car, this was the last picture that was taken with El Gatito because as soon as we arrived at the hotel that we had cut through as a shortcut, the little sucker disappeared. We figured maybe the cat lived in the hotel and knew it's home so once we got back there was no point in following us further. 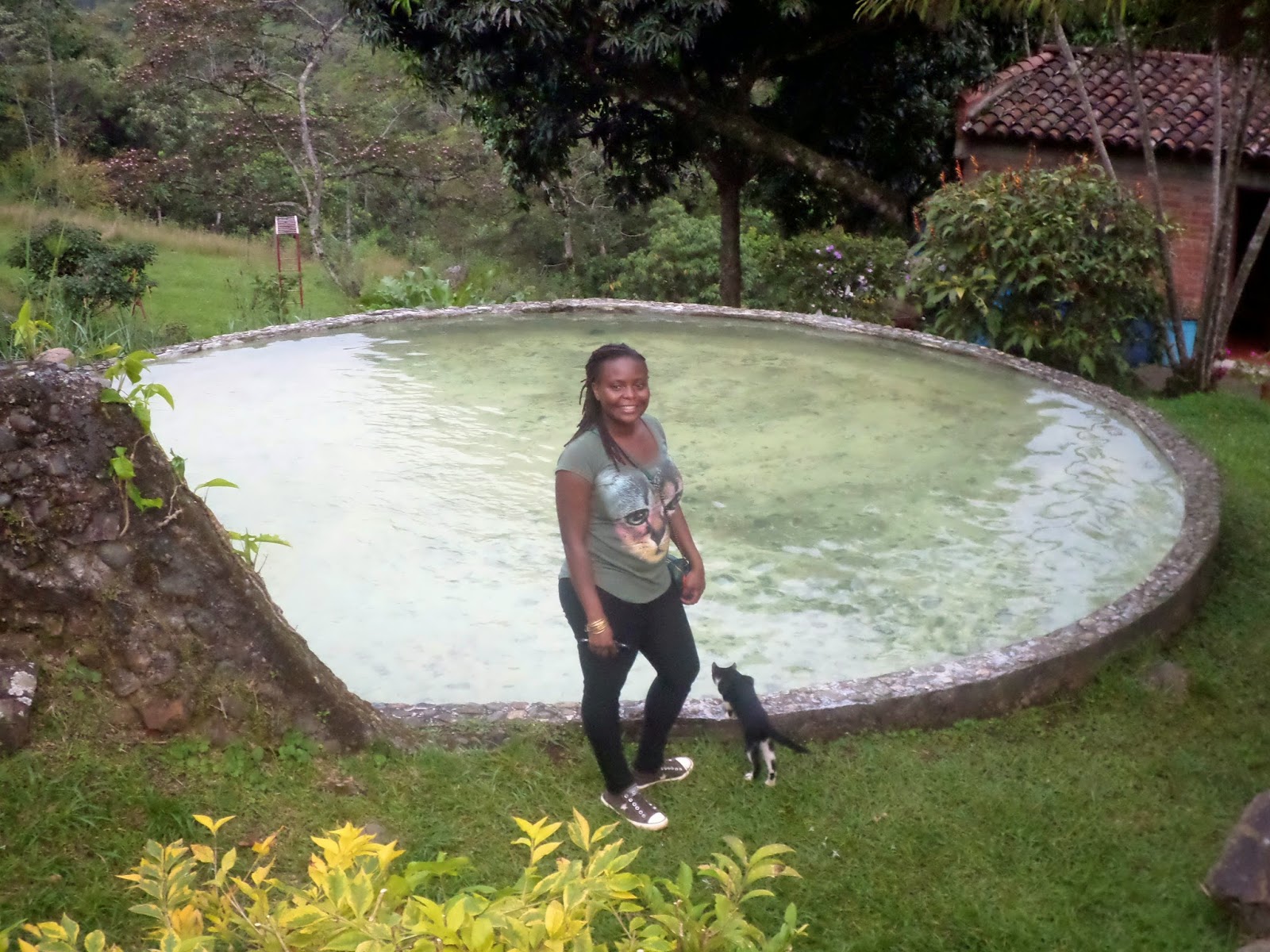 PS: On our way back to the car we came across littered bottles of liquor, he picked them up and carried them until we got to the hotel so he could properly dispose them. Le sigh! a man after my own heart.

That's it folks, I will stop this update here but I have to say it was a day well spent!

Sorry! there are no random thoughts of the day because all I can think of is him and by now I am sure you have read enough about him. Toodles!