Things have a way of working out in a weird way. Take for instance here where I wrote about attending a language exchange event that was a big flop but thanks to that I ended up meeting with some interesting ladies who made my night fun, and how I forgot my ID and couldn't get in the club I wanted but thanks to that I ended up discovering other cool salsa clubs that I never would have known off.

I had been looking for free walking tours of Quito so I could learn more about the city and find out places of interest. I came across some information on a free walking tour of the historic district of Quito, got the details and made plans to check it out. When I headed to the meeting point which was supposed to be at a hostel that was organizing the event, I found out that the tour had been cancelled on that particular day. Thanks to the cancellation however, I met this really friendly lady who works at the hostel and who took time to show me a map of the area we were at and explain how to get to the various sites of interest. She even went ahead and offered to show me around the city if I was ever interested and we ended up exchanging contact information. See how it worked out? I missed my intended plan only to end up with an even better option. A potential new friend in the city.

I ended up doing a little tour of the historic district by myself and took some pictures, as I mentioned before Quito's weather changes a lot so the day had started bright and sunny but it became overcast so some of the pictures may look a bit dark. 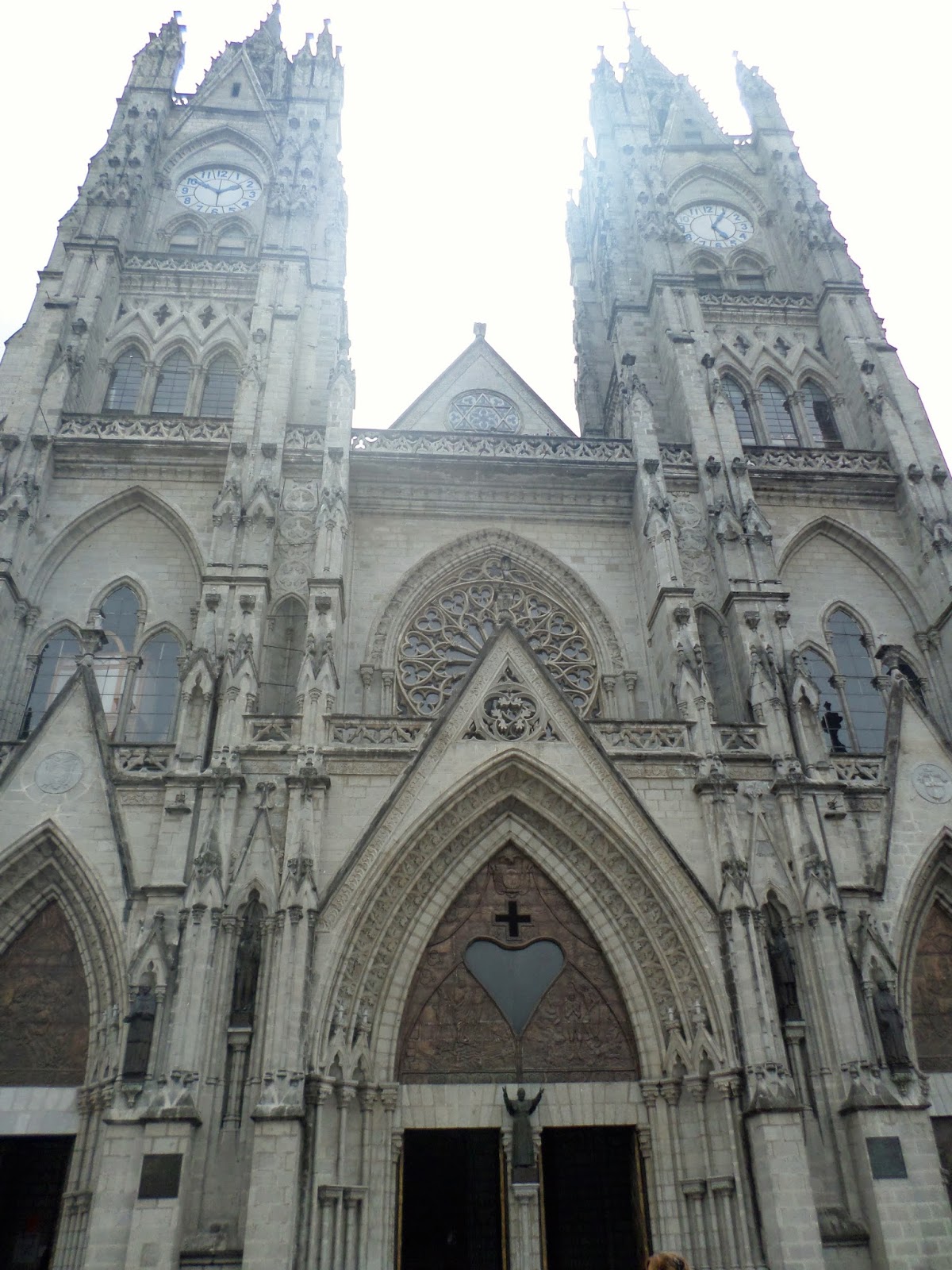 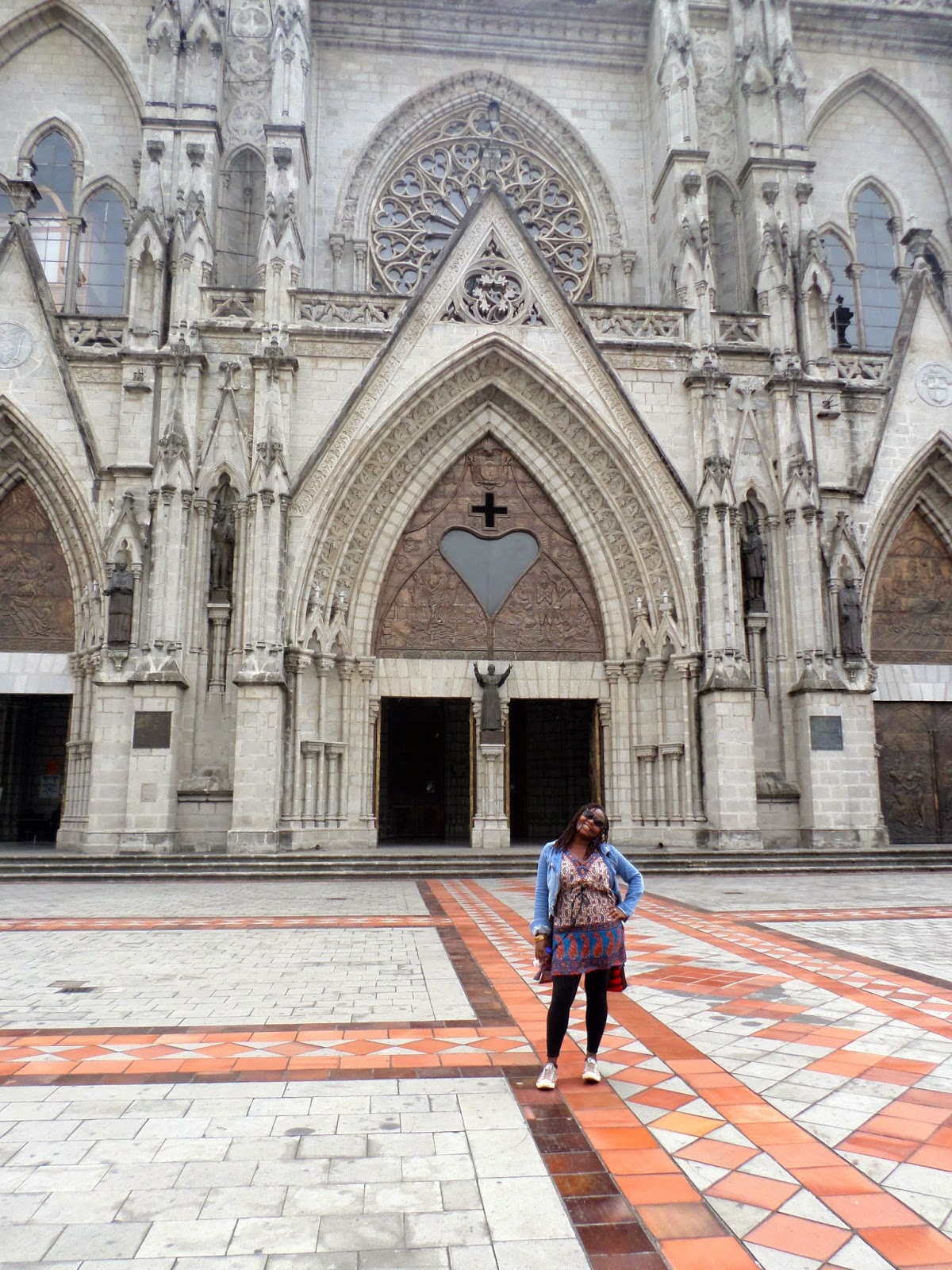 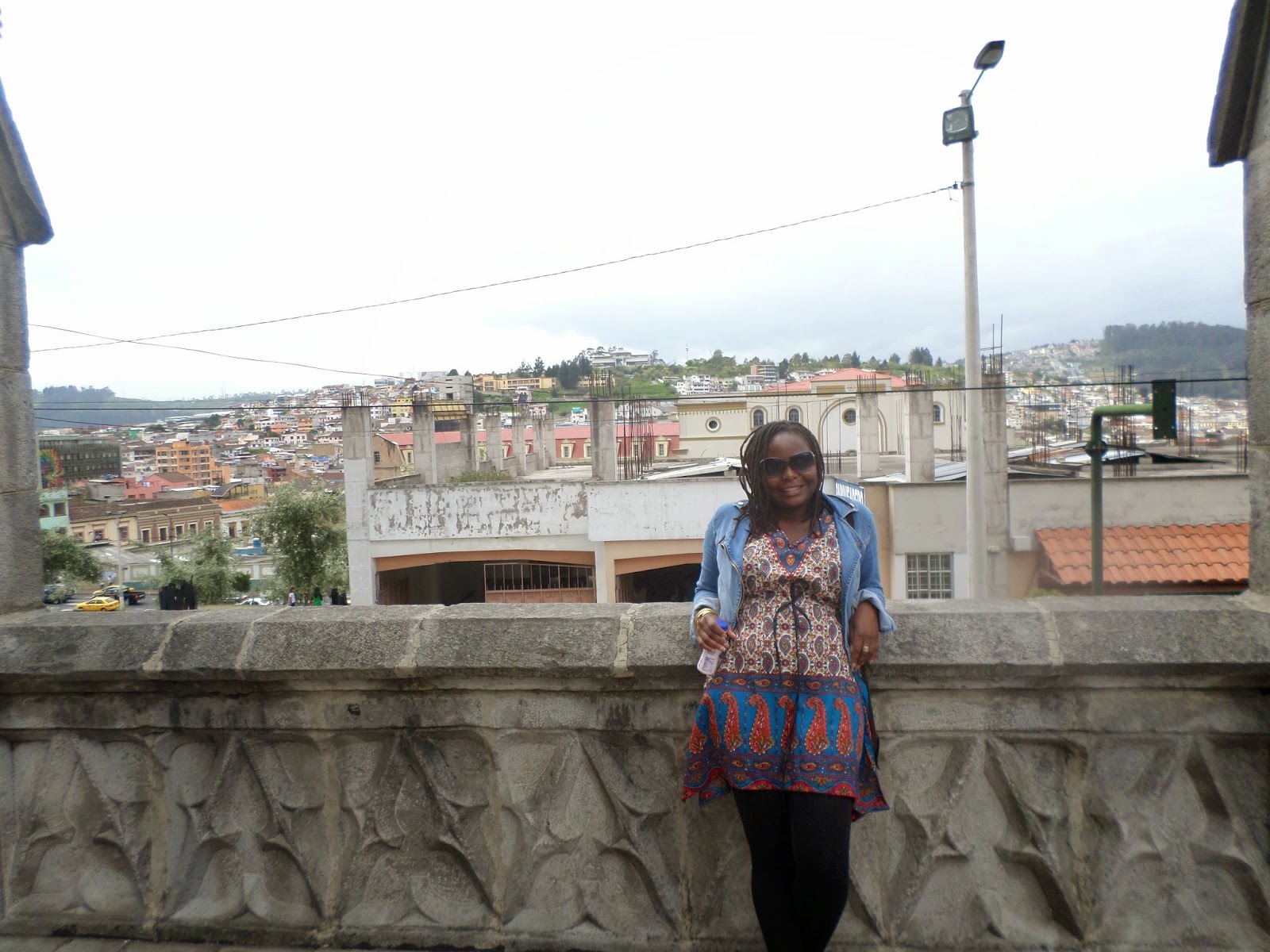 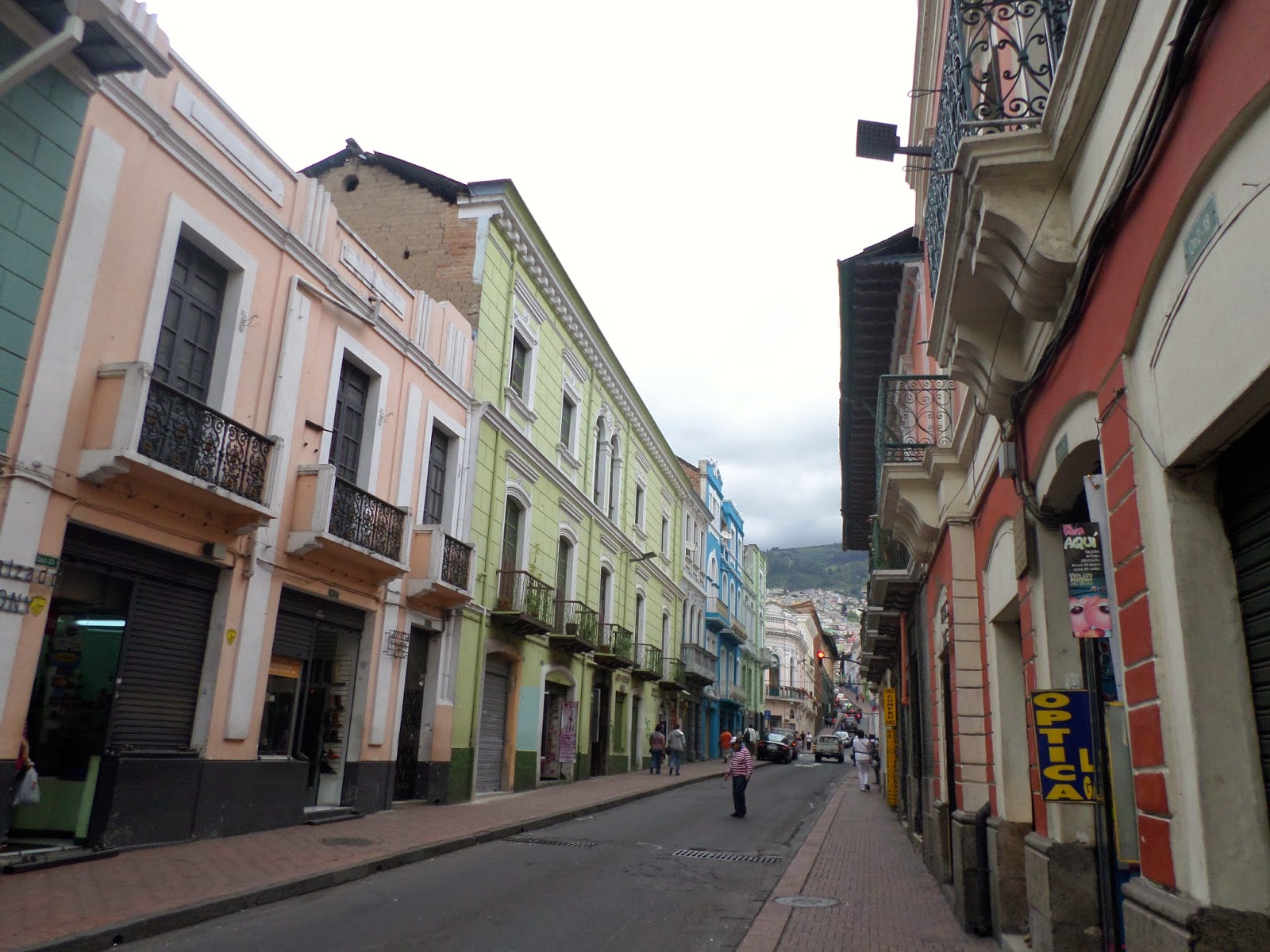 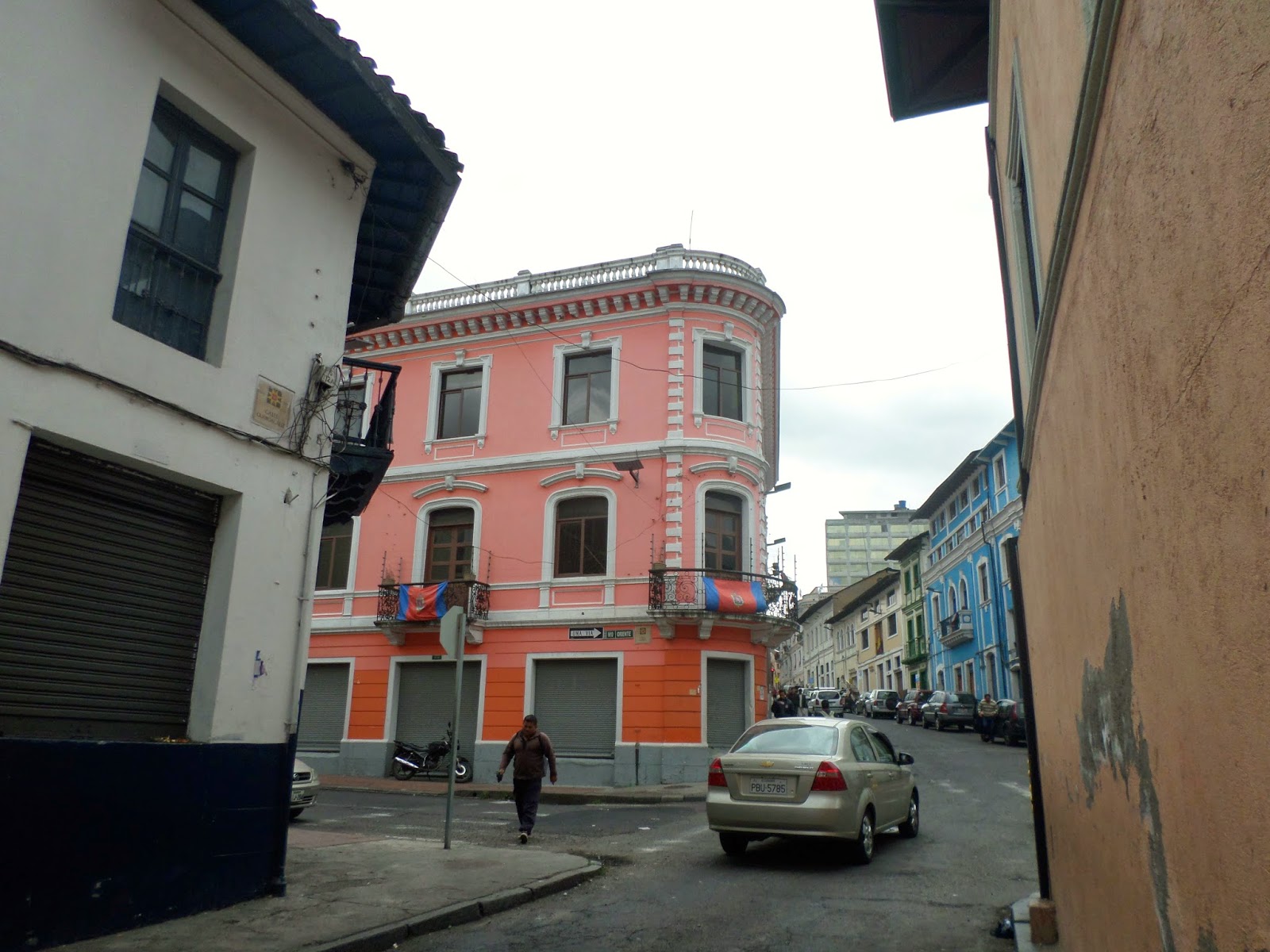 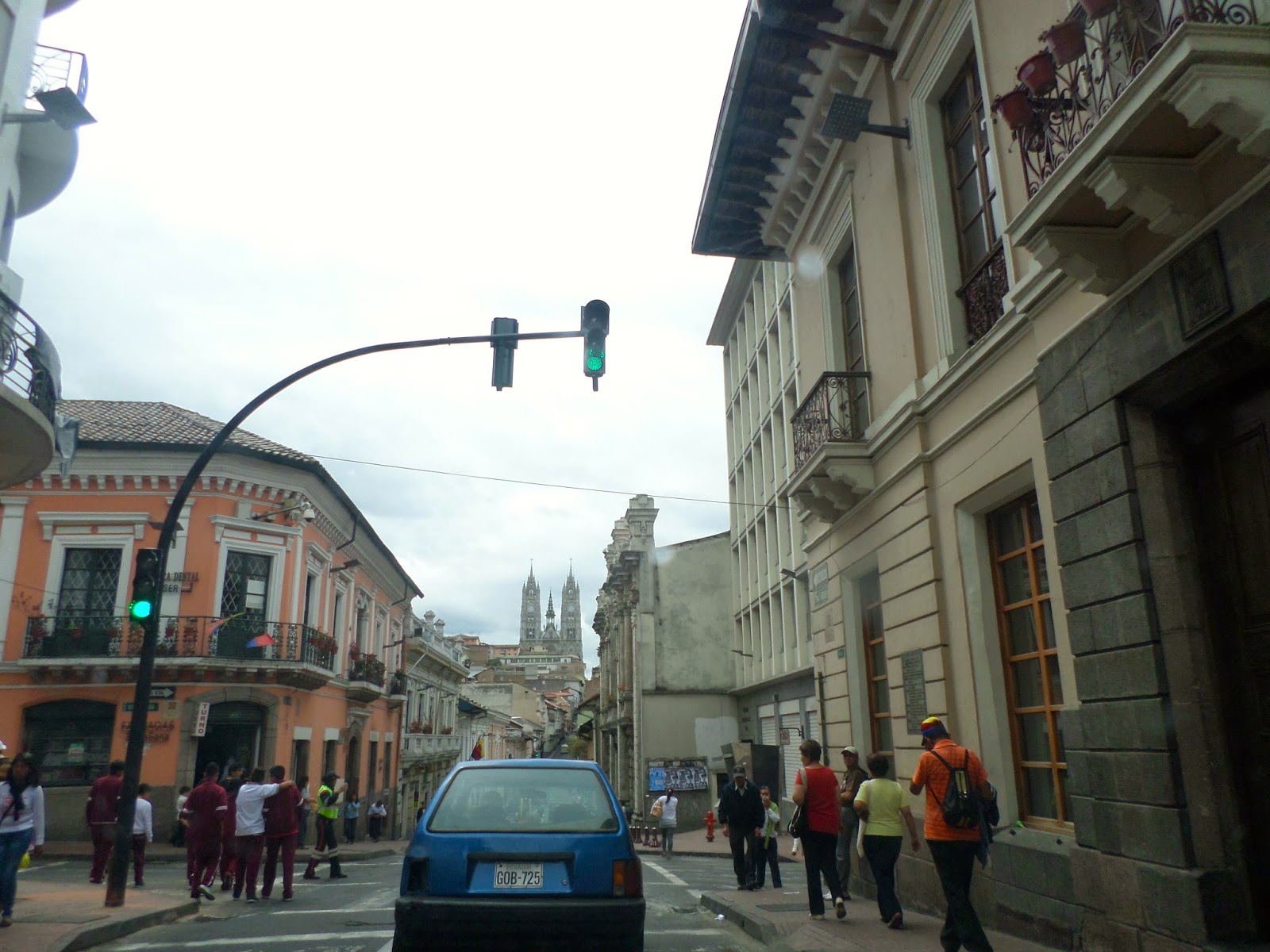 I really like how latin cities have plazas where people can just hang out and chill. 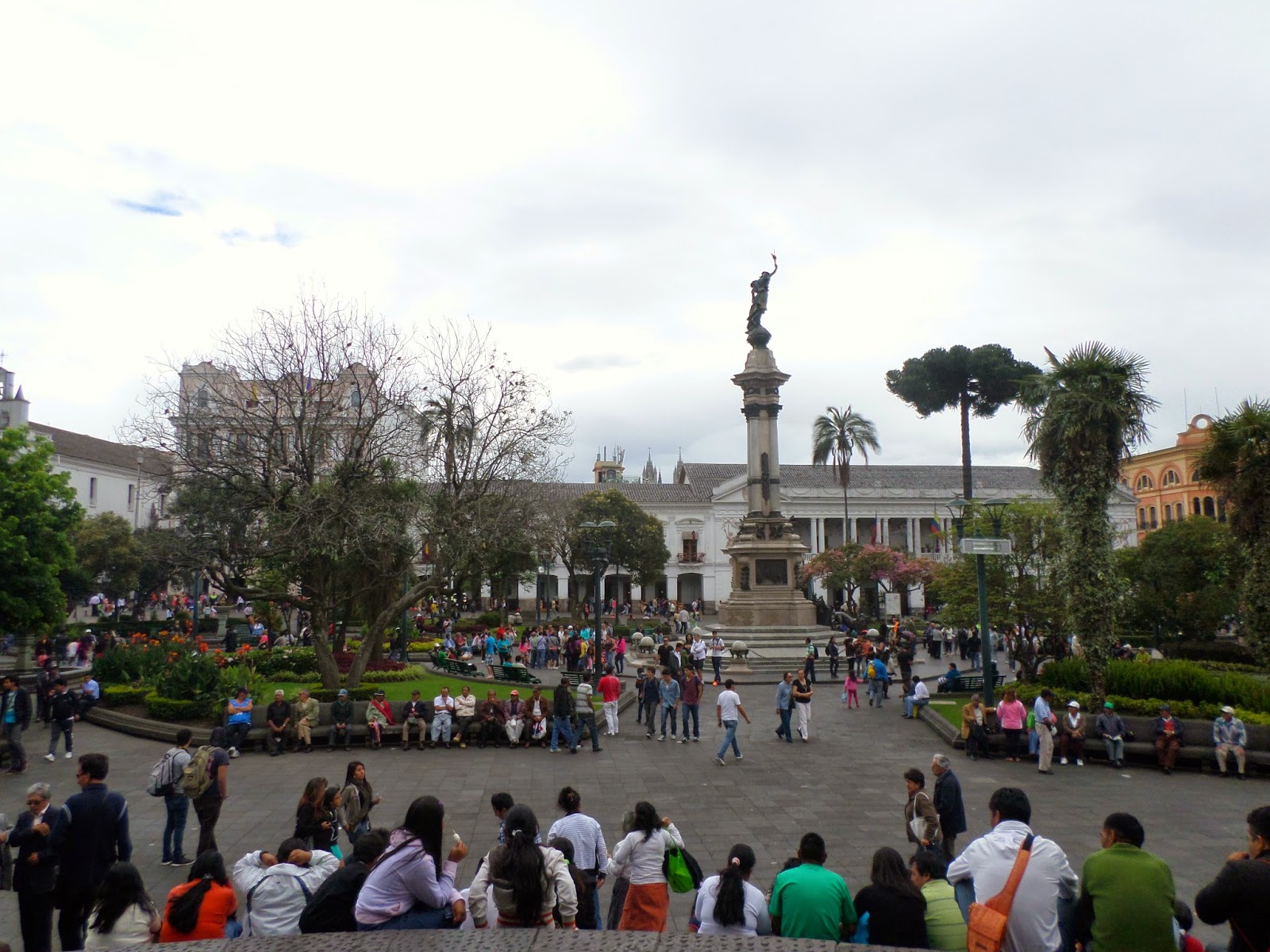 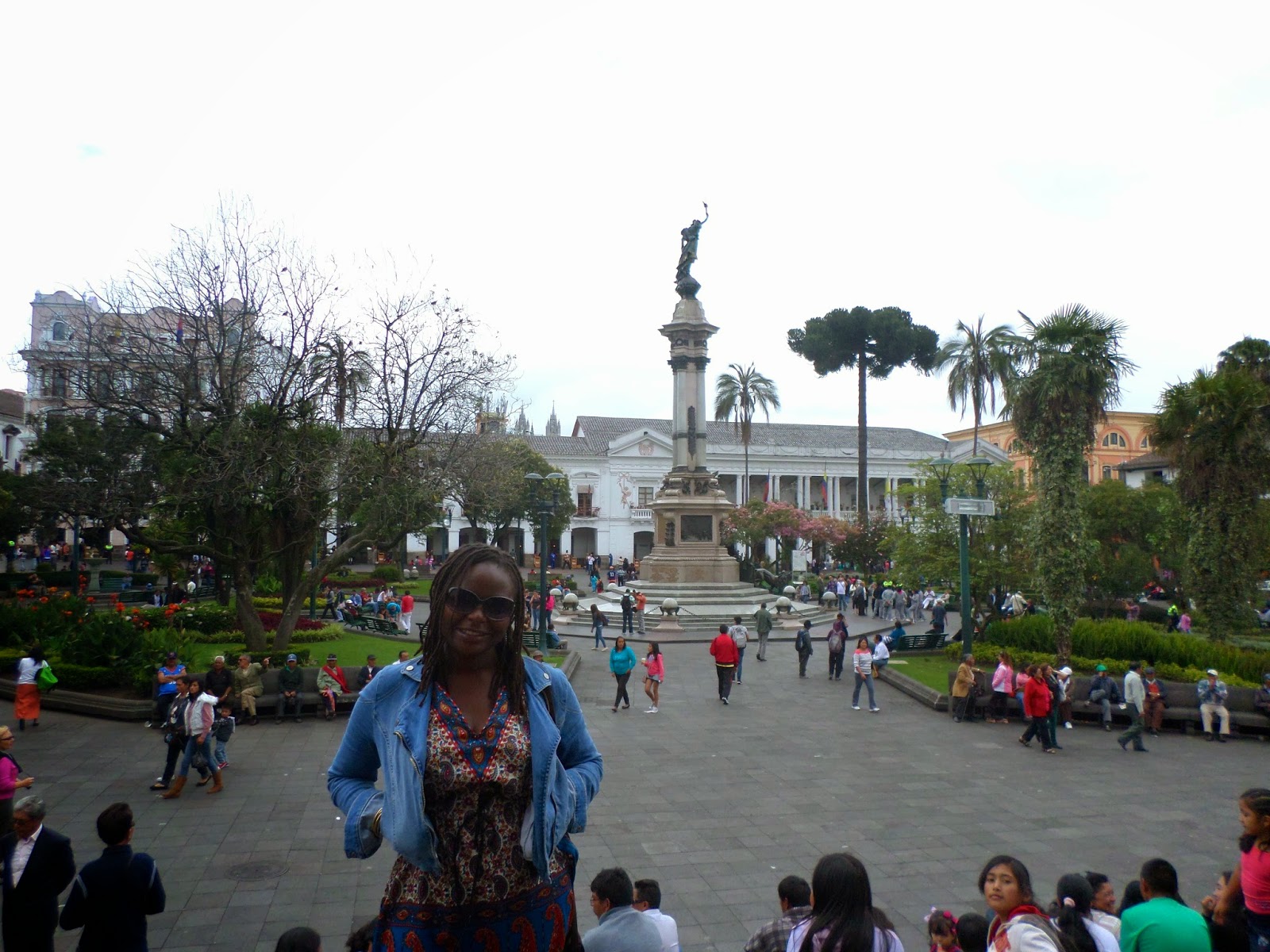 I was walking around this one area looking for a popular street I had been told to check out when I saw a sign reading Quito which I thought would be cool to take a picture in front of. 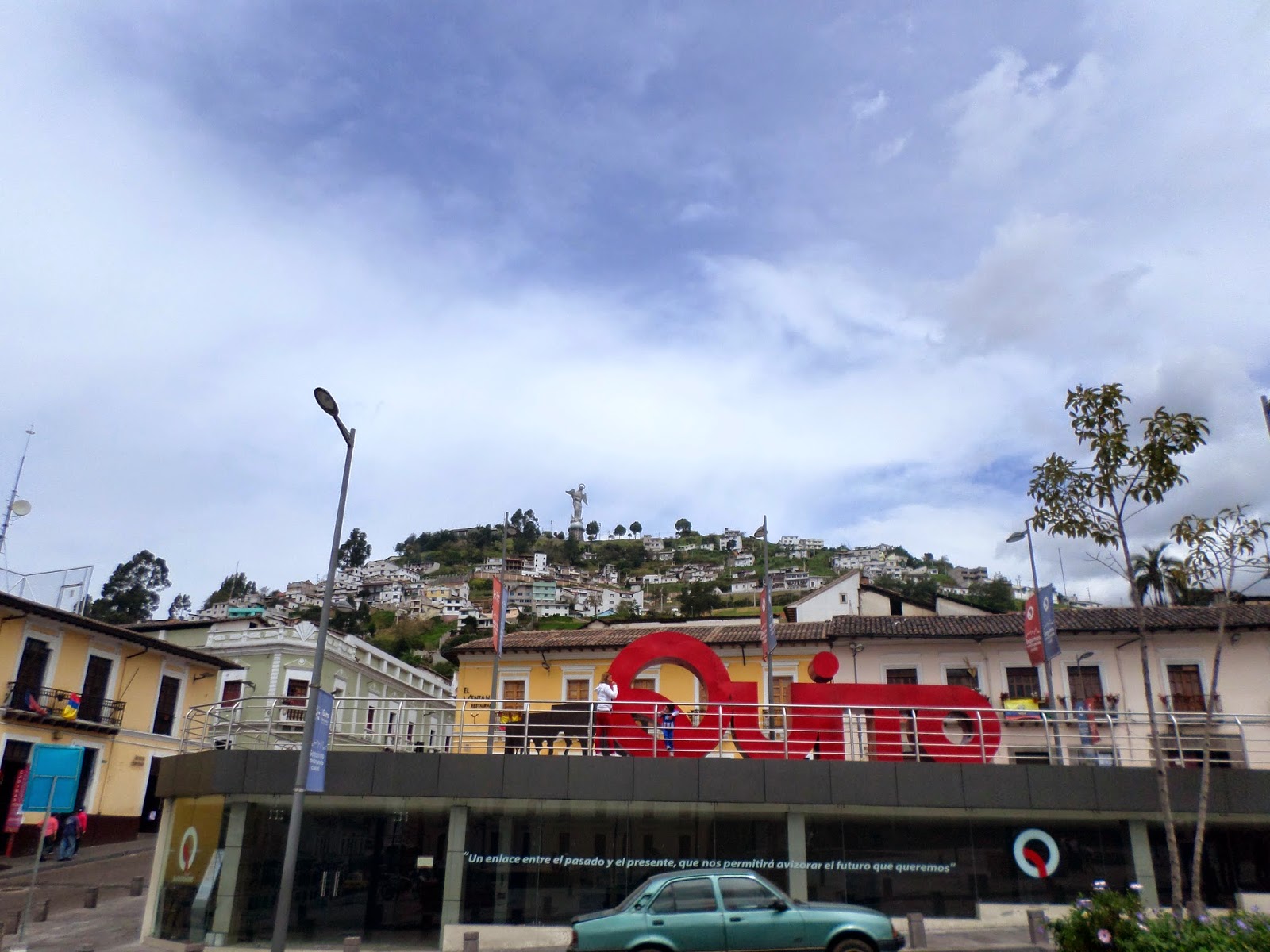 I saw 4 other tourists who were close by, they were right next to me and they were heading toward the sign reading Quito so I figured I would follow them closely and once we got to the sign then I would ask them to take my picture. I got slightly distracted so I lagged behind them as they climbed some stairs to get to the sign. Suddenly I heard screams and saw people running in different directions. There was a girl among the 4 tourists and she was crying hysterically saying, "I gotta get out of here!"

I was confused and I didn't know what was happening because when all that commotion occurred I had been looking at my camera. I approached the group and asked what happened, turns out a guy had tried to mug them and had pulled a knife on them. I was shocked and to think I had planned on following them a few minutes earlier. See how things worked out? had I not been distracted I would have been involved in the whole commotion and who knows how I would have reacted. They took a cab and left immediately, as for me..........I was out of there in a flash as I hurried back to the busier area where there were more people and policemen.

I felt a bit shaken but I came across this live band that made me relax a little bit. 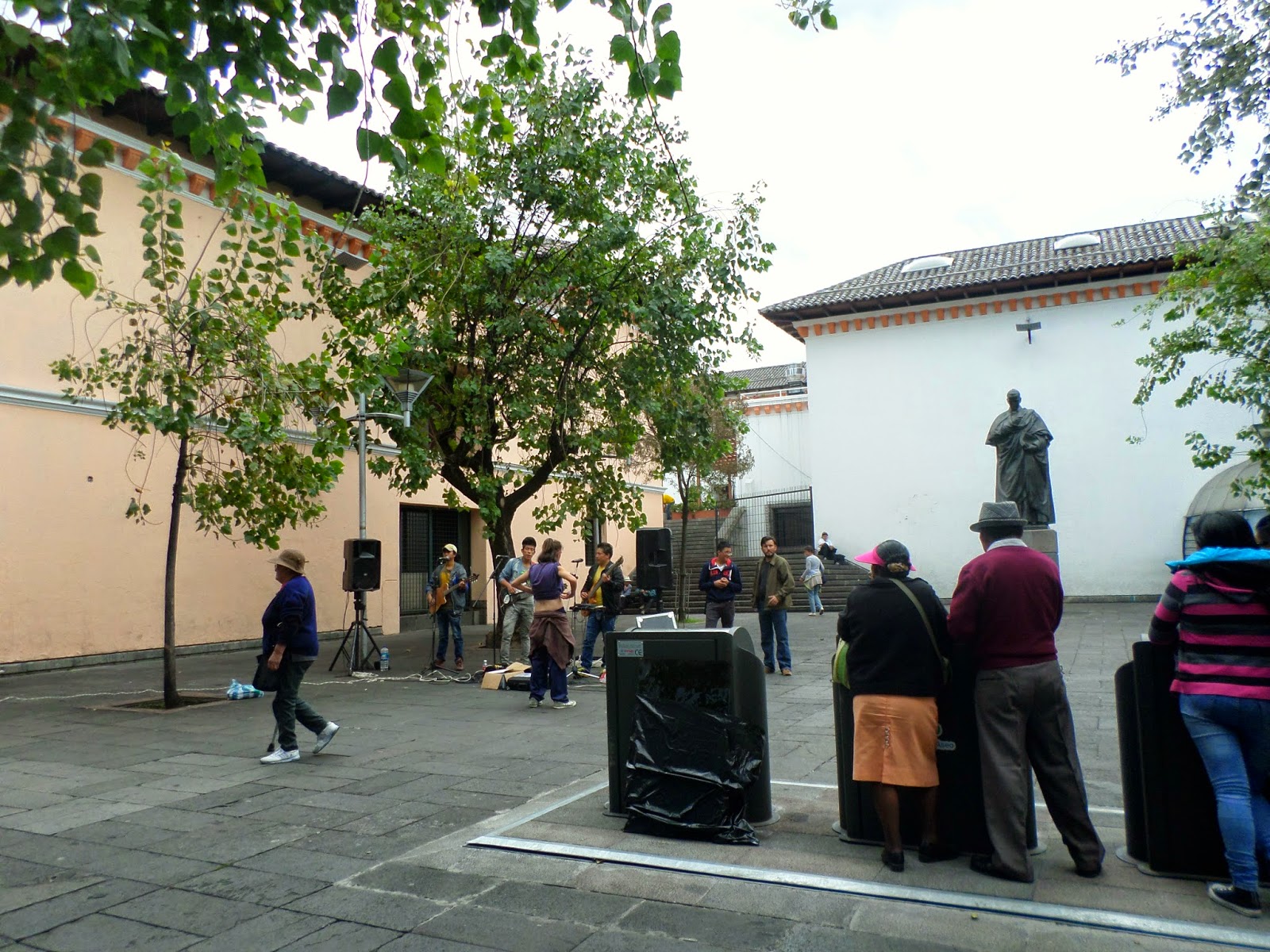 Ooh! and I also came across this cafe that was serving some goodies so I indulged a little and all was well with the world once again. 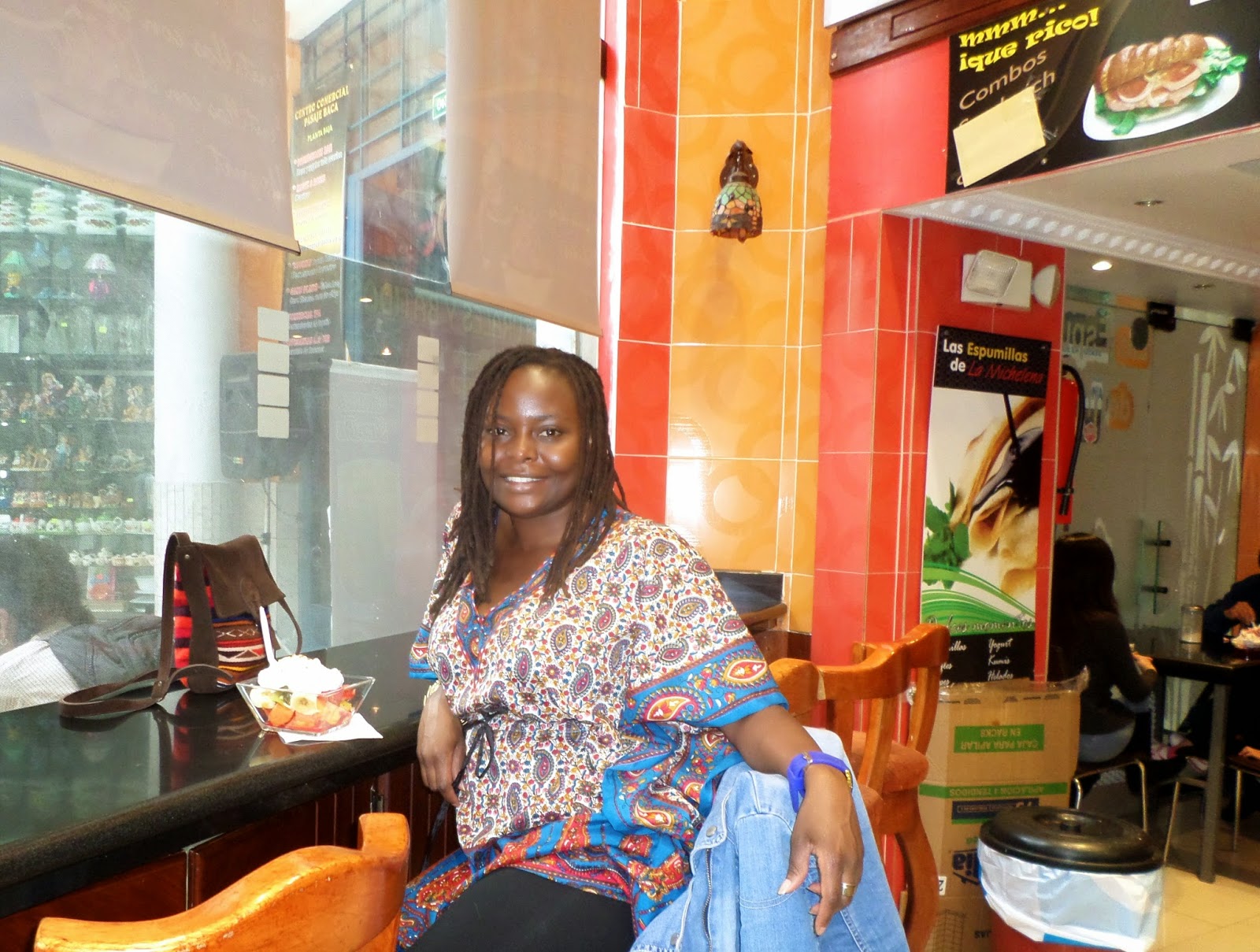 Soon after my treat I decided to go back to the apartment and just chill because there had been enough action for the day.

Later on in the evening I ended up meeting up with a connection of a connection, I had reached out to another blogger who connected me to one of his friends in Quito and we arranged to meet up. The new connection was really sweet, we talked a lot and hang out for a while in the historic part of Quito as she showed me places to check out. We even passed by the area where the tourists I had talked about earlier, were almost mugged and she showed me the street I had been looking for when I had initially ventured to that area alone.

The street is called La Ronda and it's supposedly Quito's oldest city. At night it's usually full of people and activities and it gets very lively. 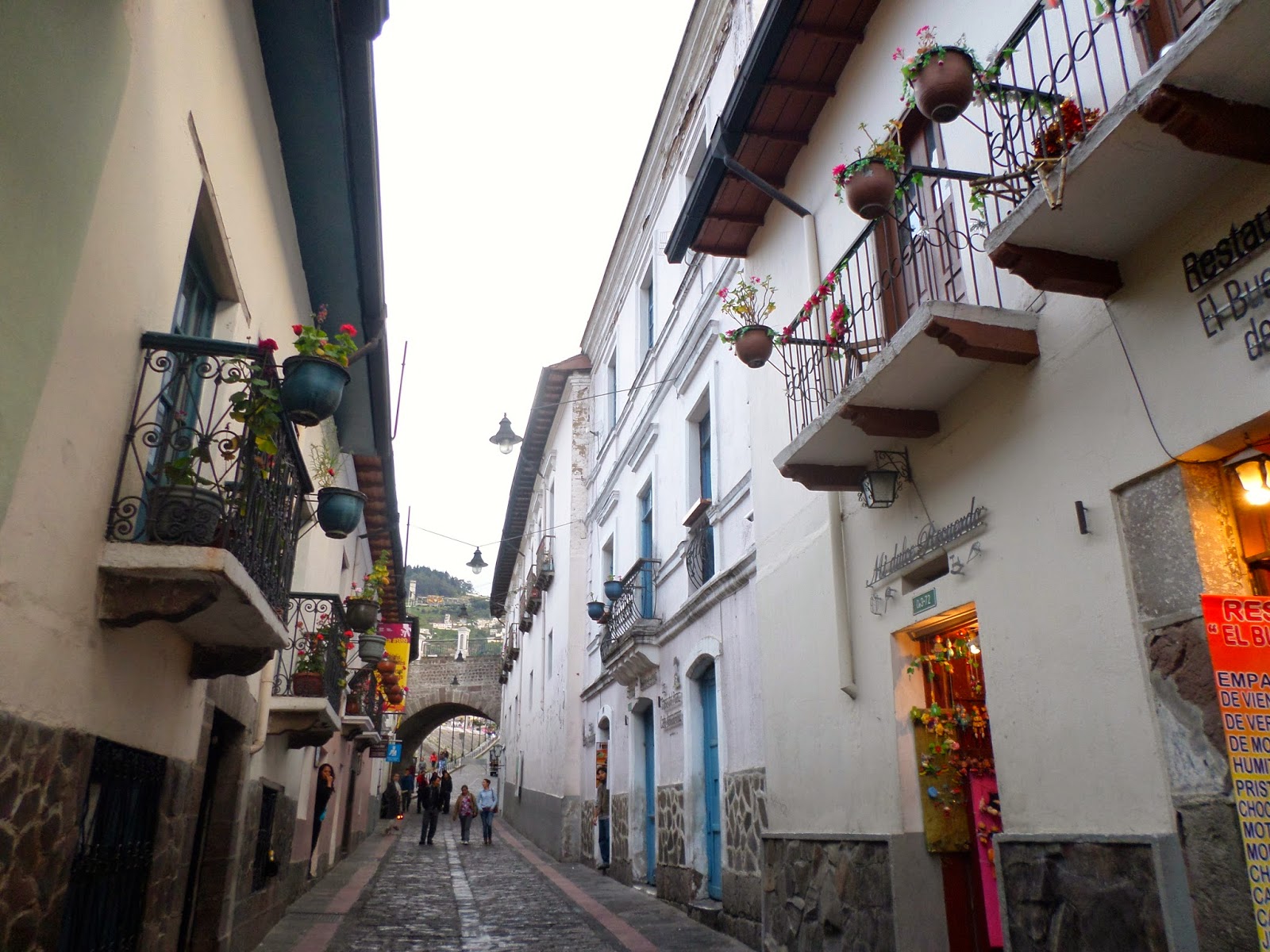 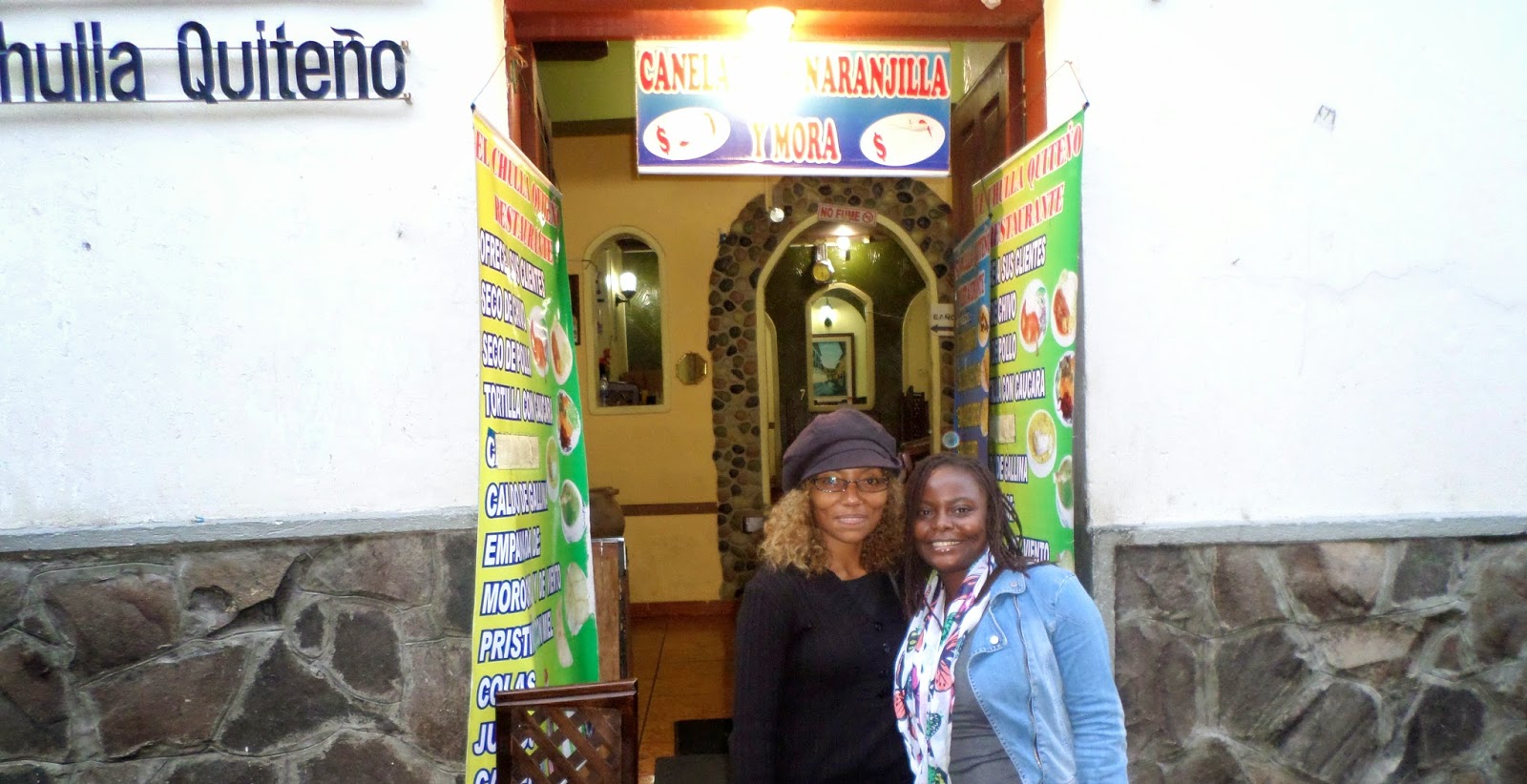 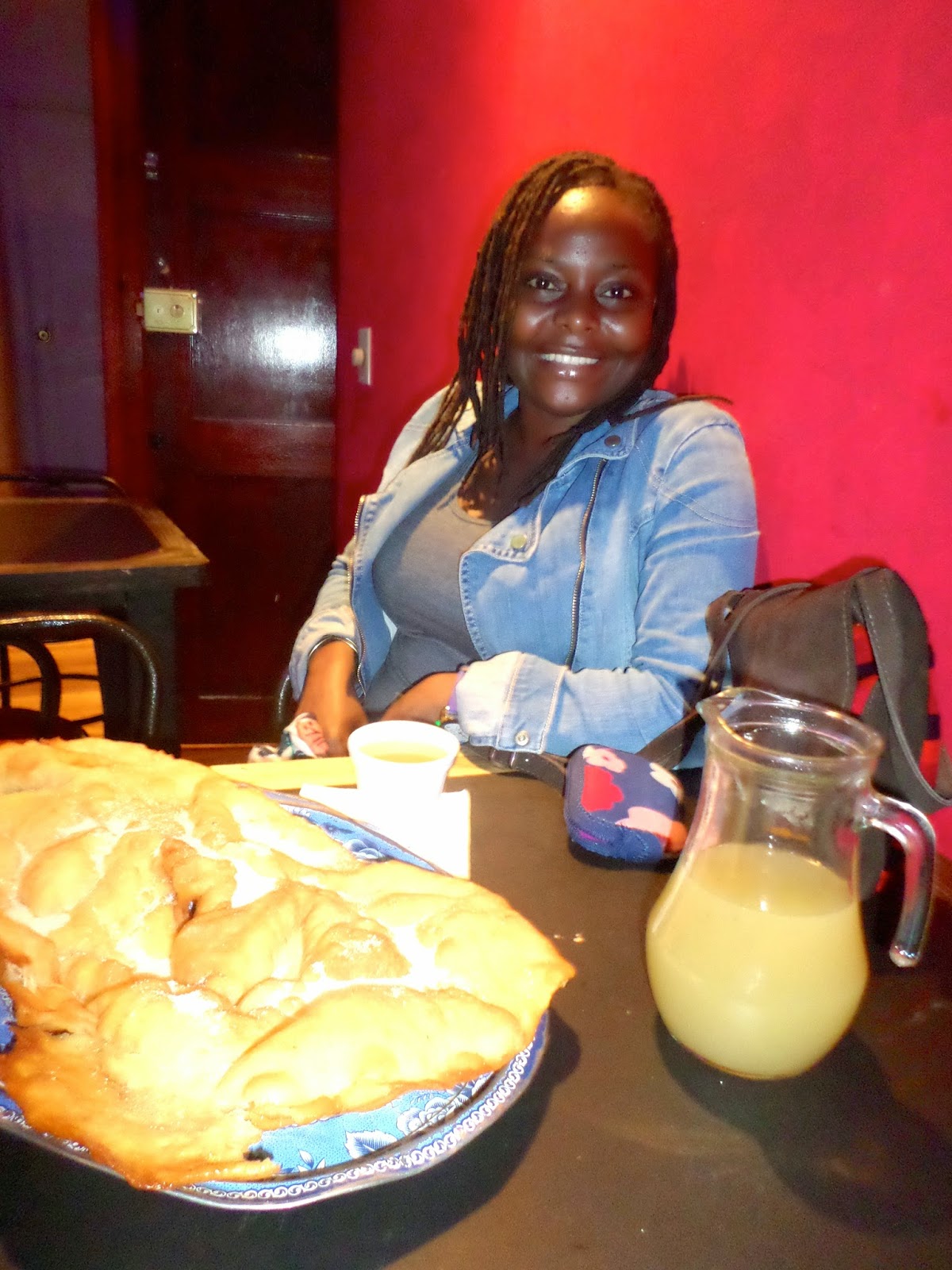 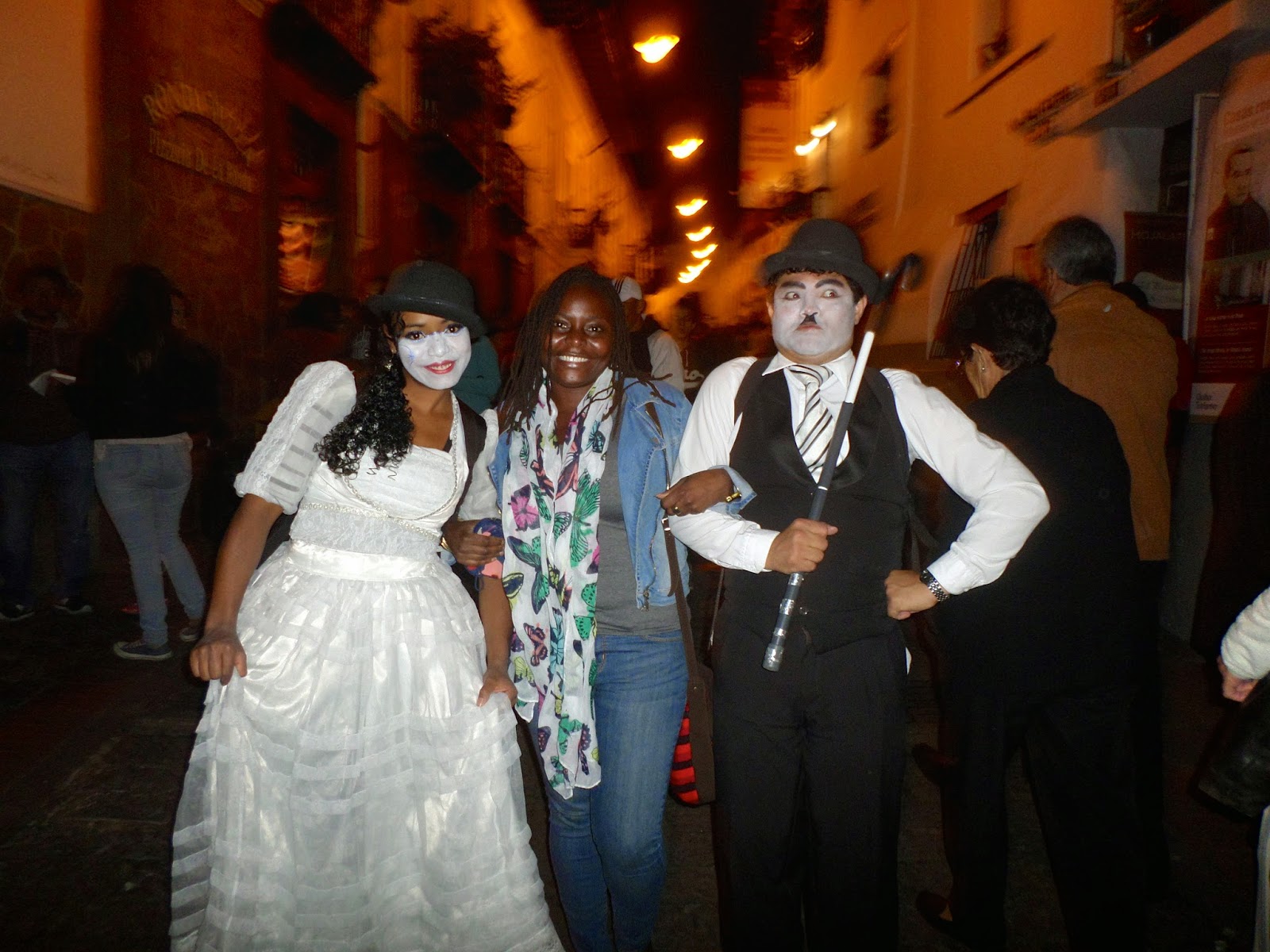 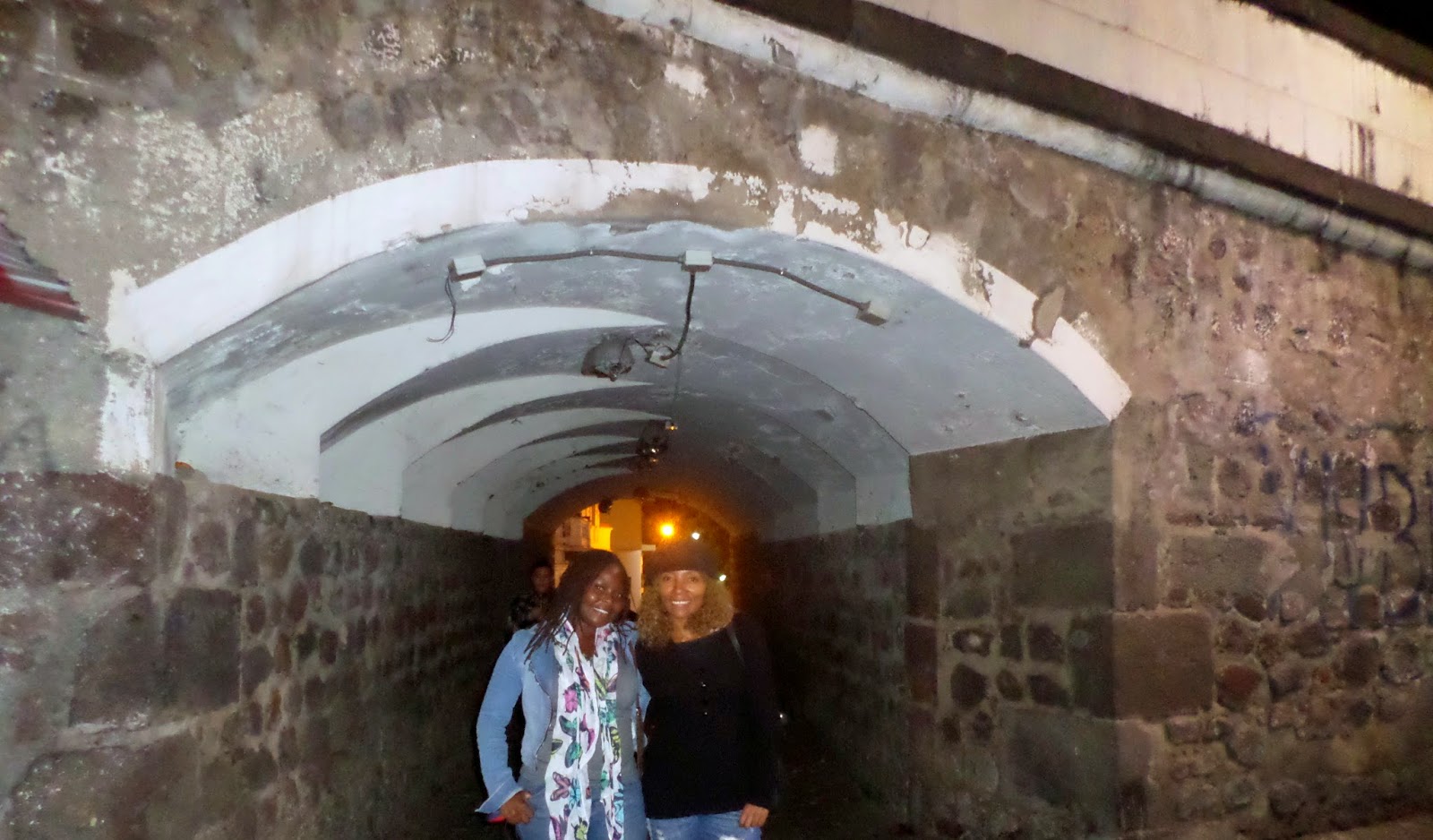 That's it folks, I have been having interesting days in Quito and depending on how things go I just may stay here longer than planned.

I don't know what it is about being in Quito but my appetite just disappeared when I got here. I don't eat as much as I used to and I am more active as I walk around a lot.

I thought I would be affected by the high altitude of this city but so far I have had no effects.

The name for traffic light in Spanish is semaforo. I always find it so funny when I hear the word but the knowledge of the word has come in handy on several occasions especially when getting directions from the street.

I got another room for rent through airbnb and I will be moving at the end of this coming week. The family that I will be renting from seem pretty cool and the wife happens to be a Spanish teacher so I can practice my Spanish with her. I hope I will settle better in the new home.

My curent roommate is really sweet and sometimes she invites me to go out with her which I find really nice.

As opposed to the days when I was in a hurry to see everything and travel to as many places as possible, right now I just want to settle at one place for a while exploring the surroundings and getting to know the people. Traveling can be tiring y'all! it feels good to unpack everything and just settle.

I have to say I am proud of myself for certain accomplishments be they small or large during my travels. I can happily check off the following among many others:
Going to a restaurant alone and ordering food in Spanish - Check
Going out at night to a salsa club alone - Check
Crossing the Colombian & Ecuador border alone by bus  - Check
Going to events alone (Language exchange) - Check
Going to a pharmacist to buy medicine and having to explain in Spanish what I need - Check