A Lesson On Ecuadorian Cooking

Those who know me well know that I really don't like to cook, I know how to cook and I do cook but that's basically because I have no choice, if I don't cook then who is going to do it for me, right? especially having lived alone for many years. That being said, I know it sounds funny that I would take a cooking class even though it was only one session. My school usually has various extra curricula activities that are open to whoever might be interested in participating. I ended up participating in the cooking class because the lady who was offering it had a way with words and before I knew it, I had been convinced into taking the class.

I figured I would be a good sport and in the spirit of learning more about Ecuadorian culture, I took the class to learn something new. The class was held in the evening after regular Spanish classes and all the ingredients had already been bought and set on a table ready to be used. The lady in charge of the class went through the ingredients and everyone was assigned a task that involved preparing the dish. Unfortunately I don't remember the name of the dish we made but the preparation was pretty simple So I will try to walk you through it. 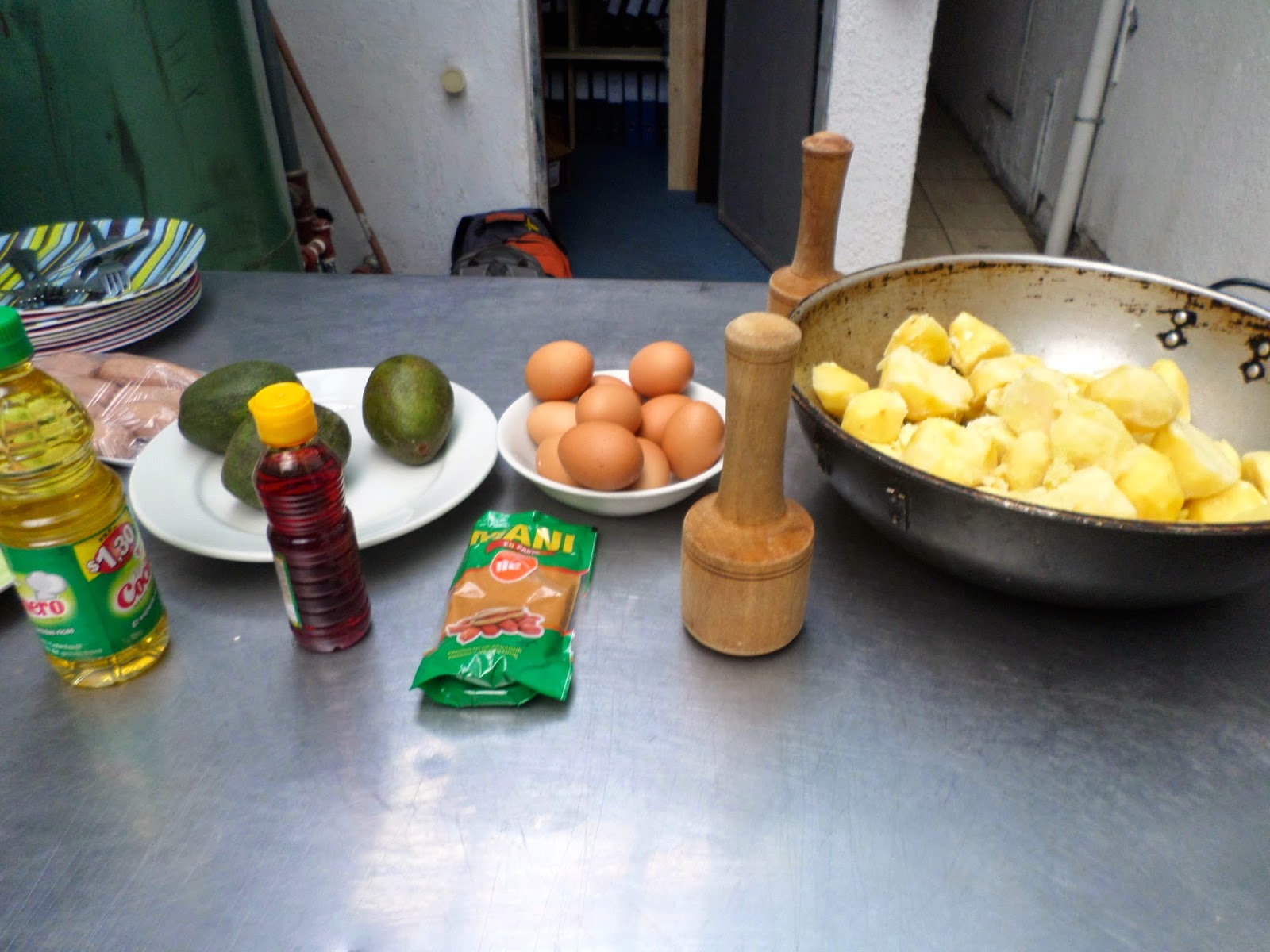 Explanation being carried out in Spanish. 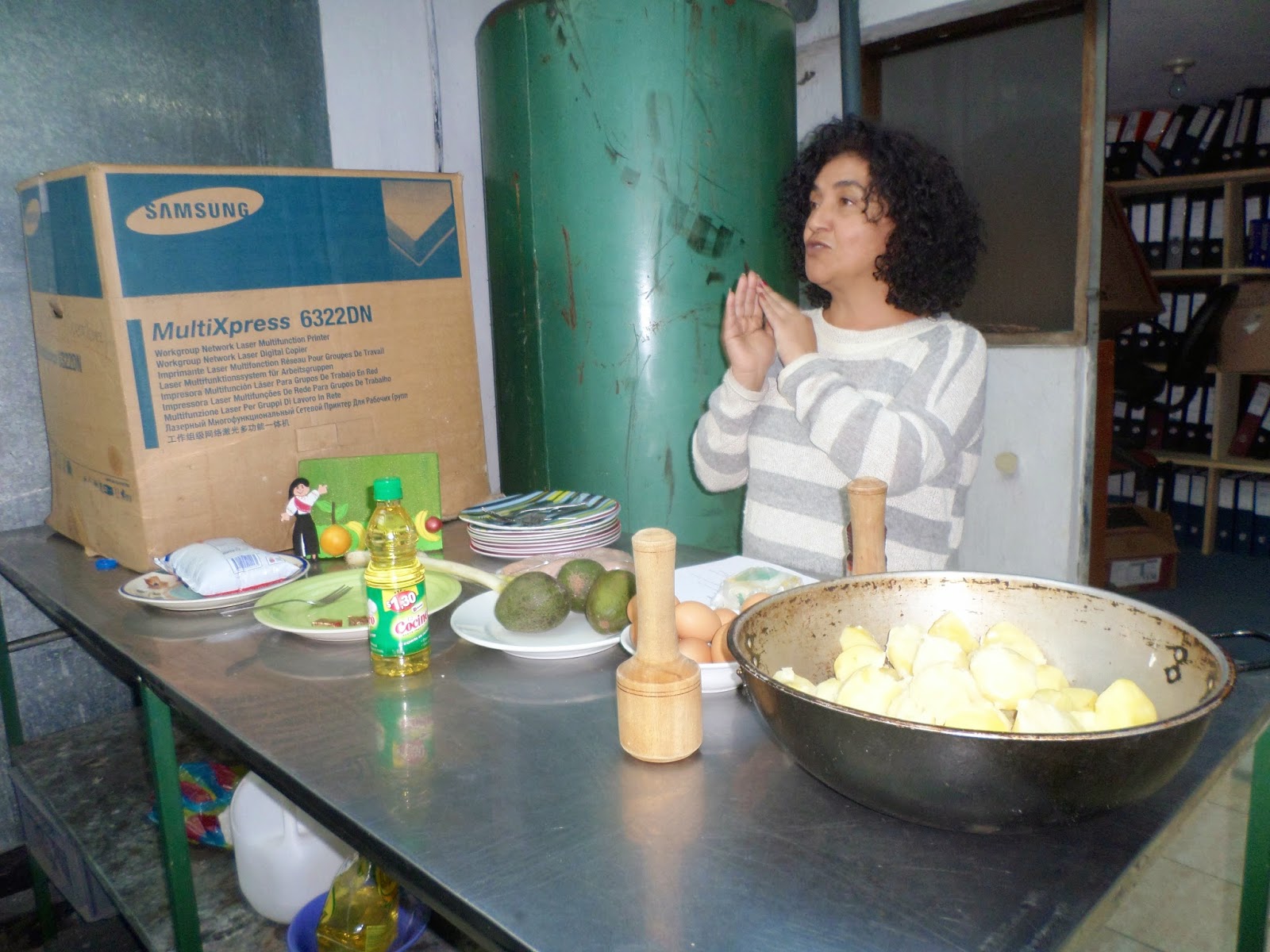 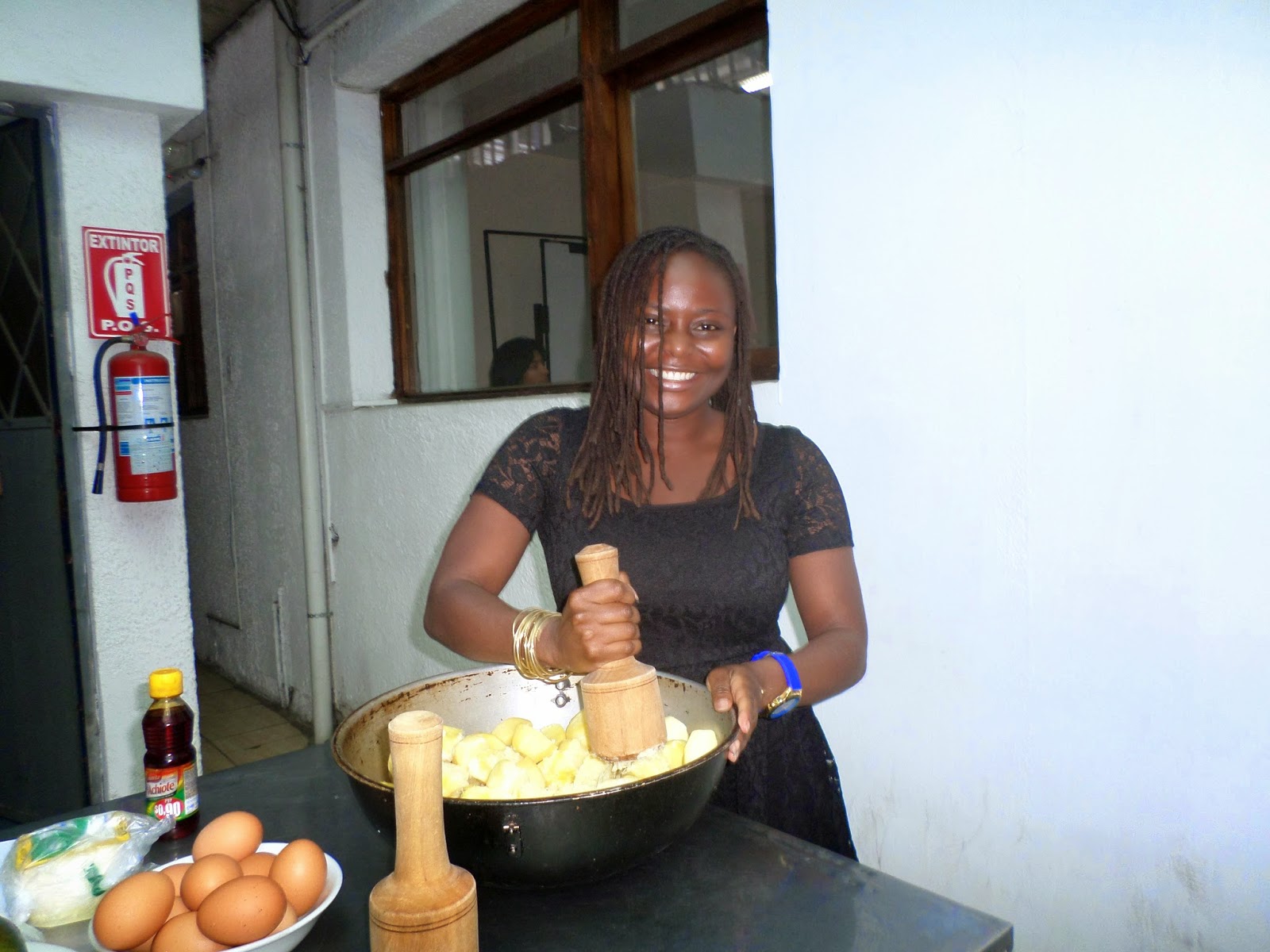 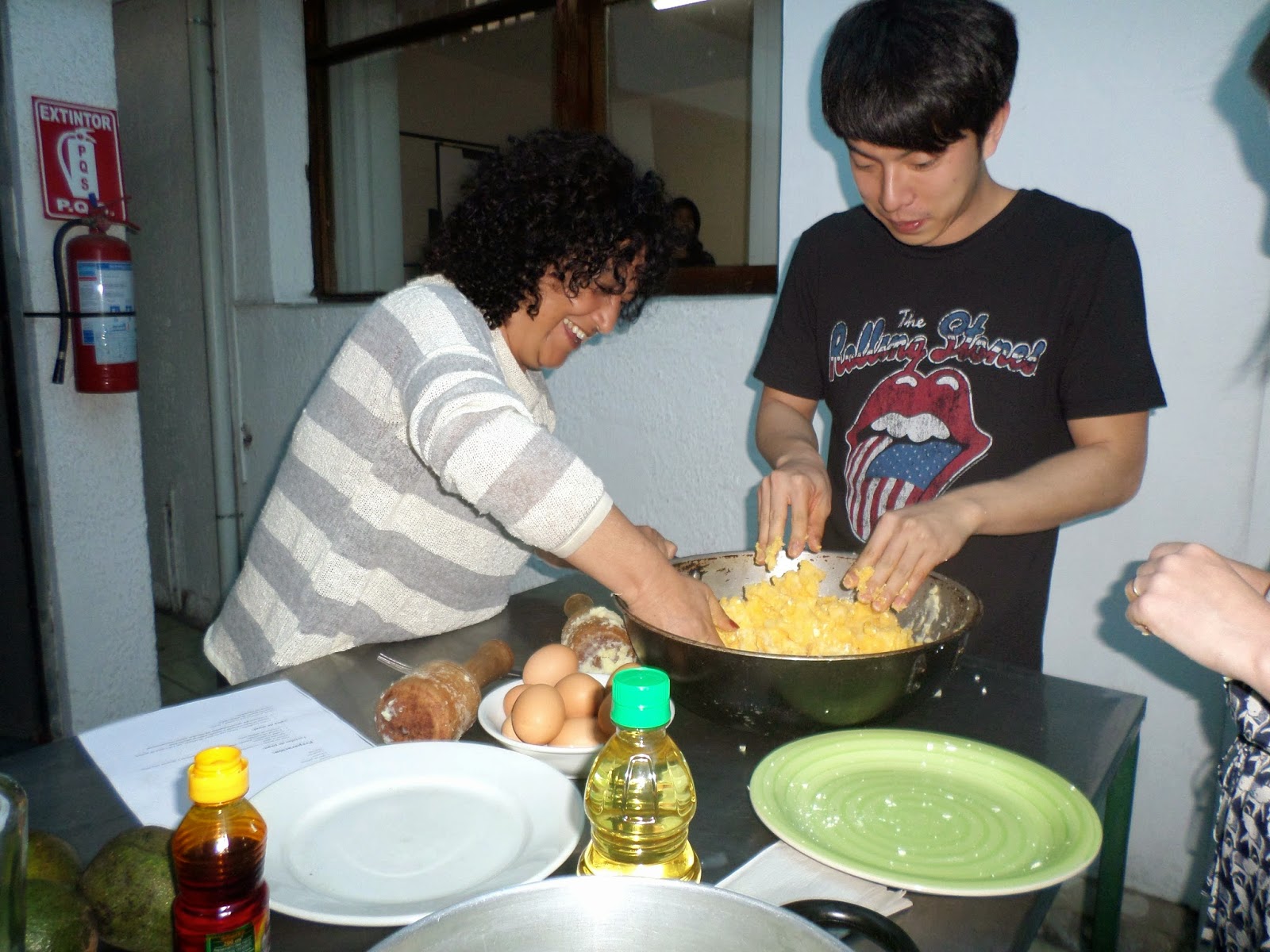 See the little patties on the right? after the potatoes and cheese were mixed together, we had to form the patties and cook them in oil, like pancakes. Next to the potato patties were onions frying, coloring was added to the onions to enhance appearance. 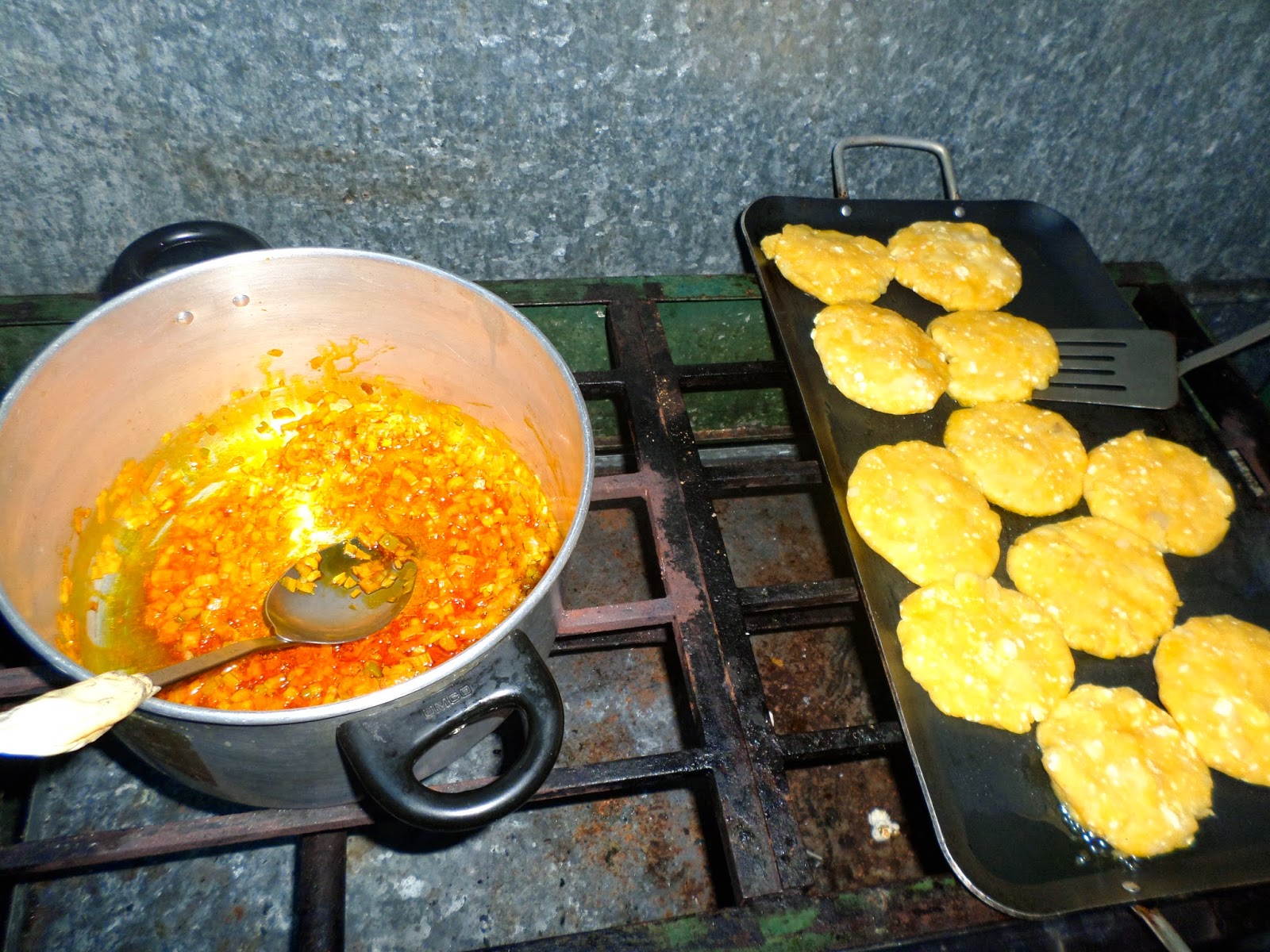 When the onions got ready a mixture of crushed peanuts and milk was added to make peanut sauce. See that hand in the picture? that's yours truly applying herself at her assigned task. Hey! I can make a great meal if inspired so don't let my dislike for cooking fool you. 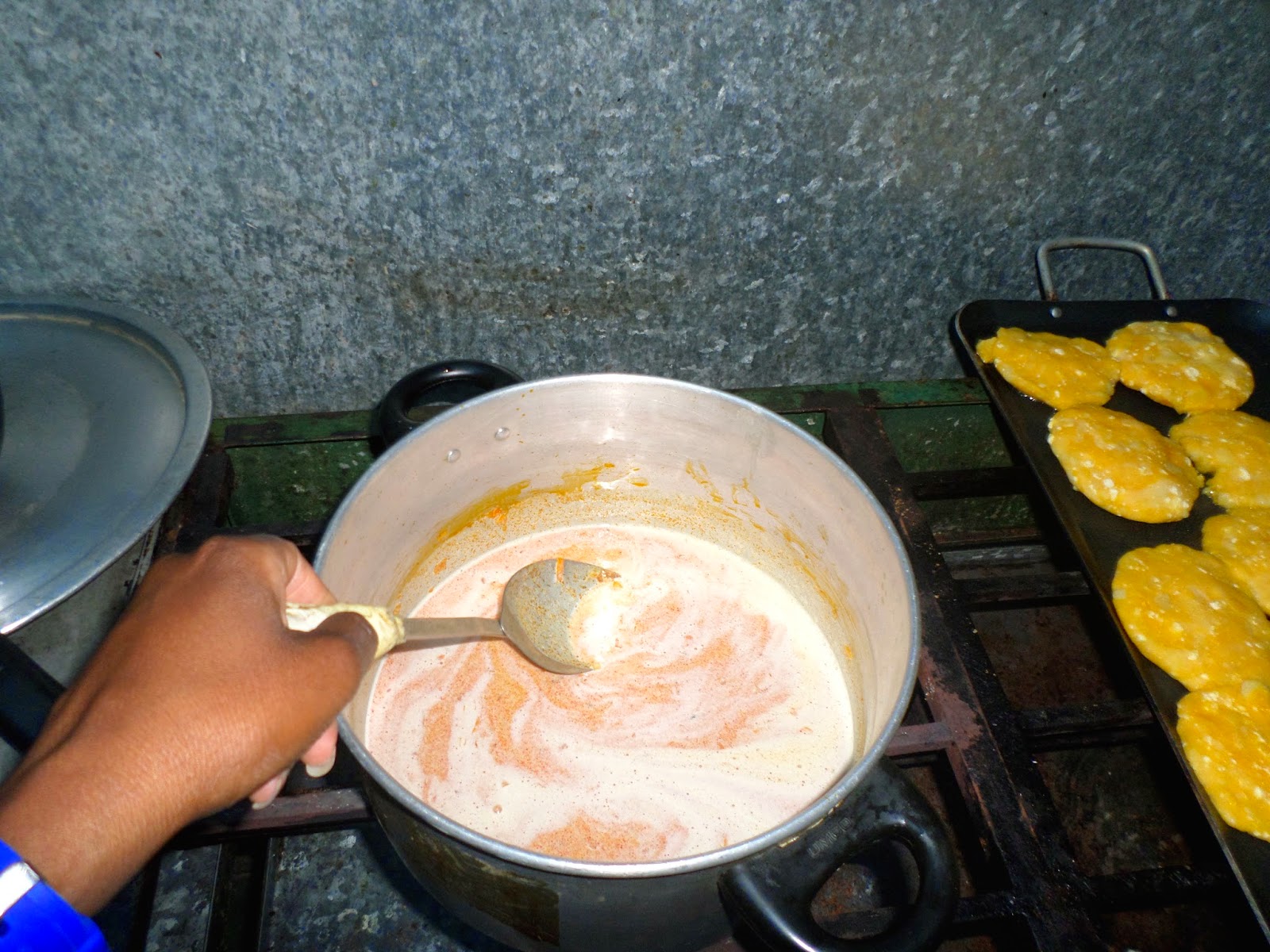 This is how the patties looked like after they were done, some of them may have been over done but they still tasted good. 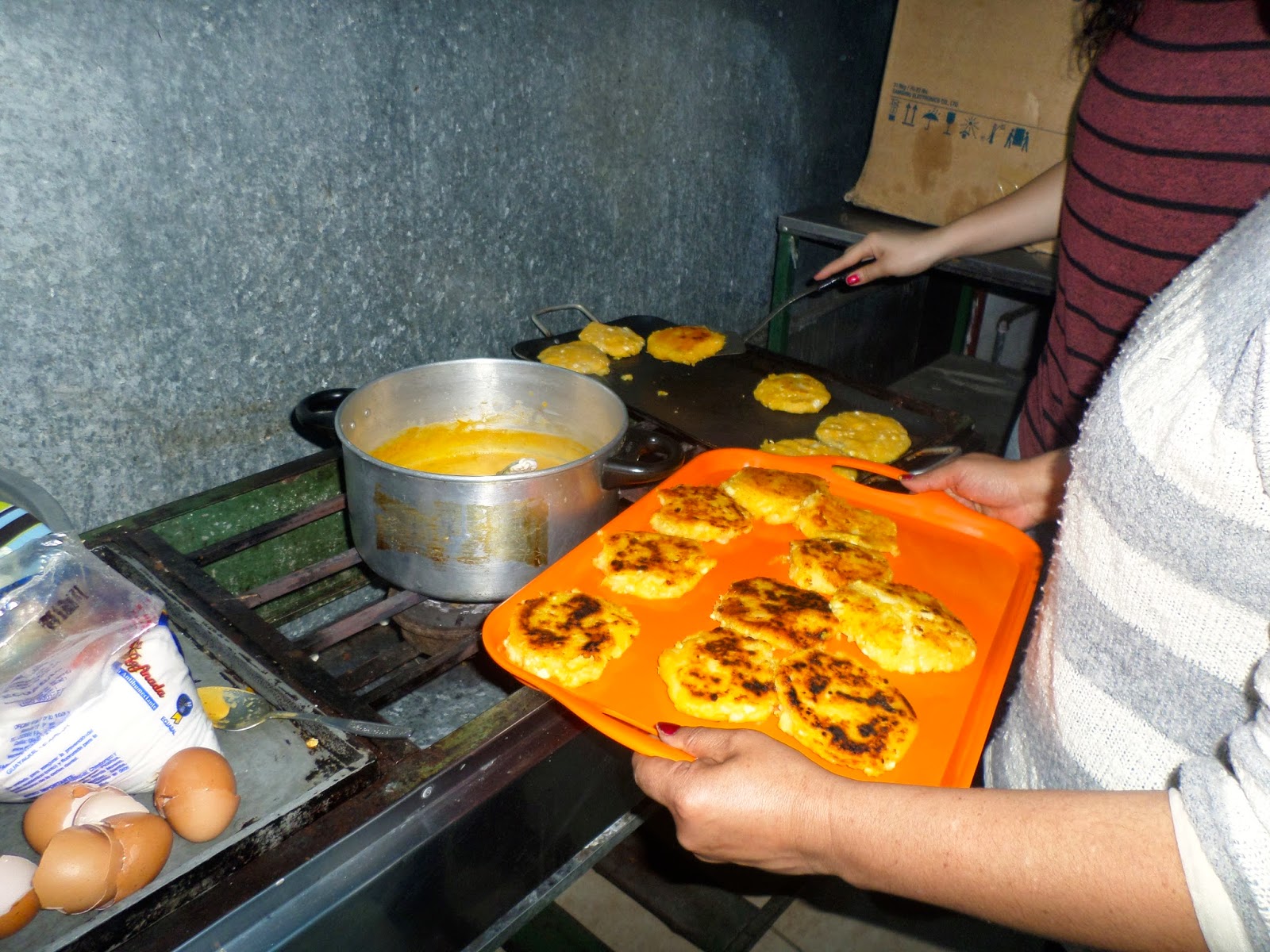 One of the girls who was scrambling the eggs messed up a little and the lady teaching the class was so blunt, she laughed out loud and said, "Ooh! my God, you don't now how to cook eggs? I hope you don't have an Ecuadorian boyfriend." I see how someone would have been offended with that comment but I don't think she was trying to be mean. I think the girl may have been offended though judging from the look on her face. She went ahead and responded, "I actually do have an Ecuadorian boyfriend." I have to admit that I did laugh a little at the whole exchange............was it bad? In my defense I thought it was funny and I just reacted.

Here is the end result, eggs had been scrambled and the sausages prepared with avocado added to the mix. Later on the peanut sauce was applied on the dish for the final touch. 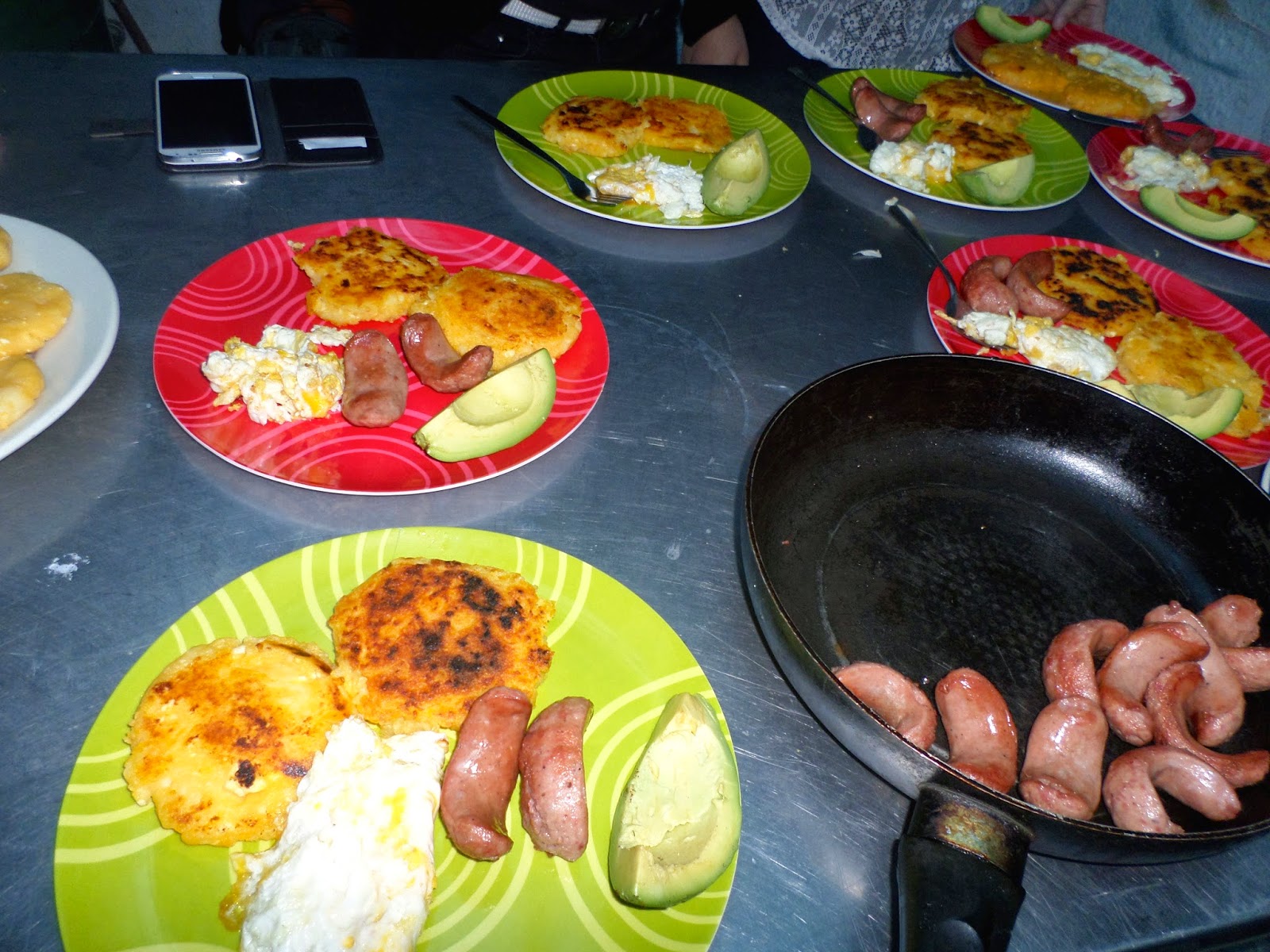 Buen provecho! chow down time. The meal turned out pretty good actually and I liked the peanut sauce. 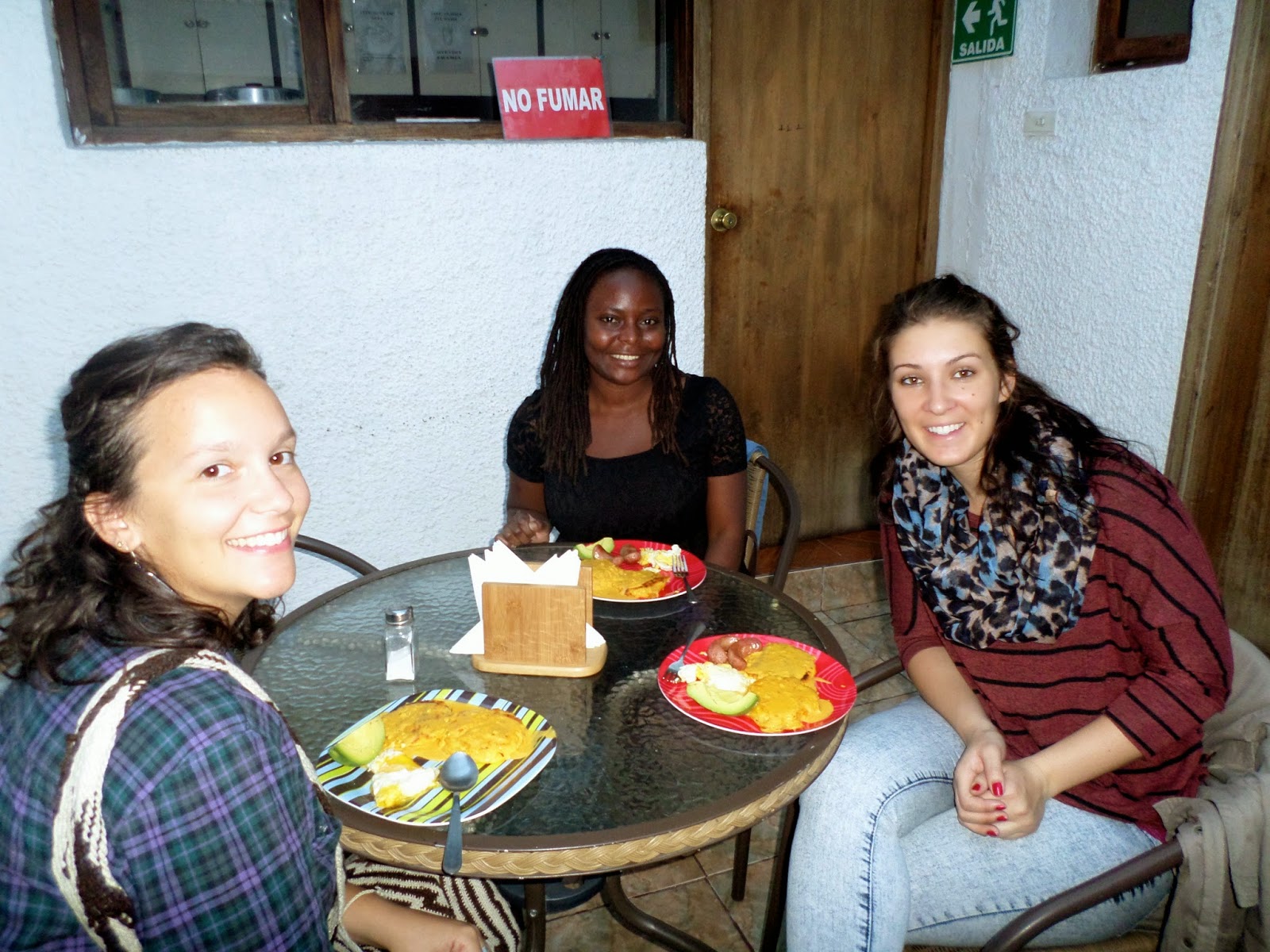 That's it folks! who says learning about a culture means learning the language only, there are other ways of learning as well so there you have it. My first Ecuadorian cooking lesson, it was actually a lot of fun.

I heard Wednesday is salsa night so my ambitious self went out alone in search of a good salsa club because I really wanted to dance. Unfortunately the clubs were all empty and most people were coupled up. I felt uncomfortable and ended up calling it a night.

I appreciate the hot water in the shower because at night it gets cold and the water from the tap is really cold to the point where it freezes your hands numb. Despite the lack of water pressure in the shower, at least I get to shower with hot water.

Sometimes I lose my Spanish when I am trying to anxiously explain something to someone or when I get excited about something and try to express myself.

The mosquitoes in Colombia did a number on my legs so now I have dark spots on my legs from the bites. I met a girl from school who had gone to the jungle and came back with some serious mosquito bites that made mine look like nothing.

It's bad enough throwing used toilet paper in the bin next to the toilet (toilet paper is not flushed in this part of the world), but try being the person emptying that bin when it gets full. Trauma!

The resident dog in the apartment goes through periods of shedding, right now there is dog hair everywhere! it's a mess.