Ecuador is a small country but has a lot of geographical diversity. Within this country you will find the coast, the jungle, the highlands and of course the famous galapagos islands. Since I already live in Ecuador I want to take advantage of all the goodies that this country has to offer so I will be doing quite a bit of internal traveling to experience more of it's diversity.

One of the goodies I will be sharing with you today is Quilotoa, a dormant crater lake. I decided to go with a tour group on this trip because I figured it would be easier. Getting there from Quito took about 3 hours and we passed through some amazing scenery. The weather was colder than Quito and windy, I had worn a fleece jacket with a short sleeved shirt inside and I was freezing! the sun did come out on and off so one minute I would be freezing and the next I would be taking off my jacket because of the heat.

When we arrived at the lake the guide took us up to a viewing deck that enabled us to get an aerial view of the lake. Look at it, isn't it amazing??? 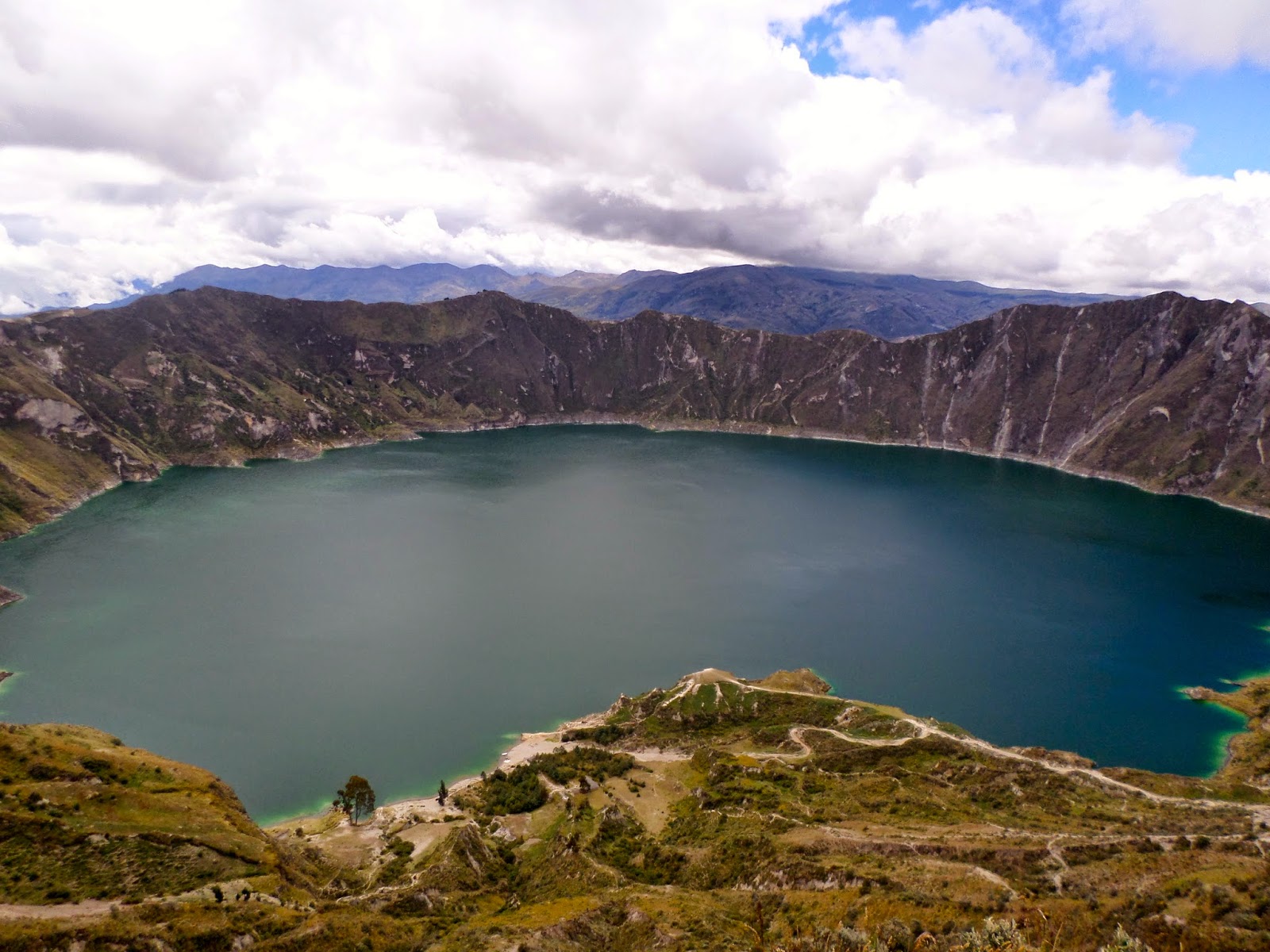 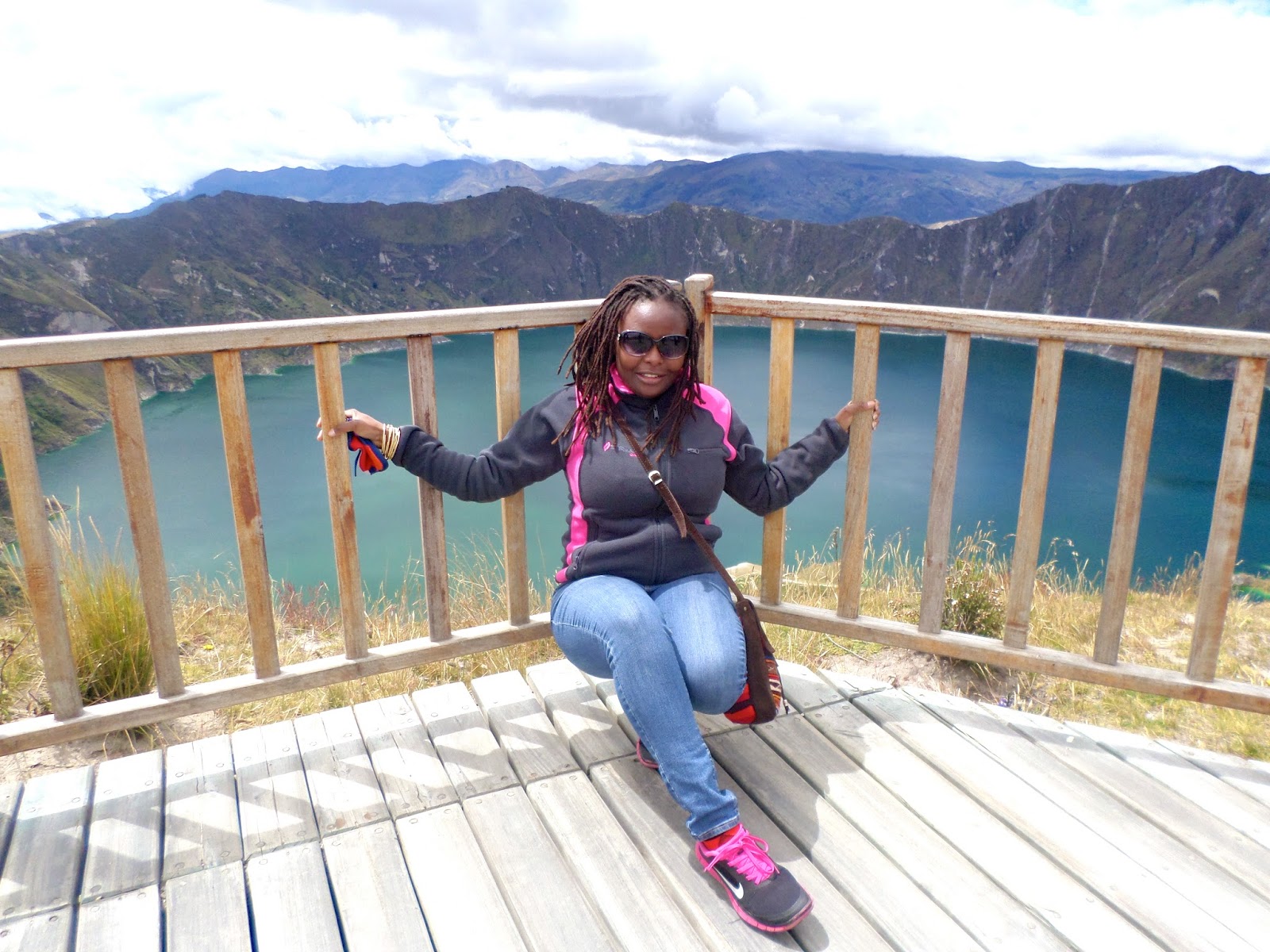 At the viewing deck we were informed that we would be walking all the way down until we reached the lake, the pathways leading to the lake were very slippery because we were pretty much going down a slope. Trust me, it was not easy and I almost fell several times but the view made it all worth it because it got more beautiful as we got closer to the lake. 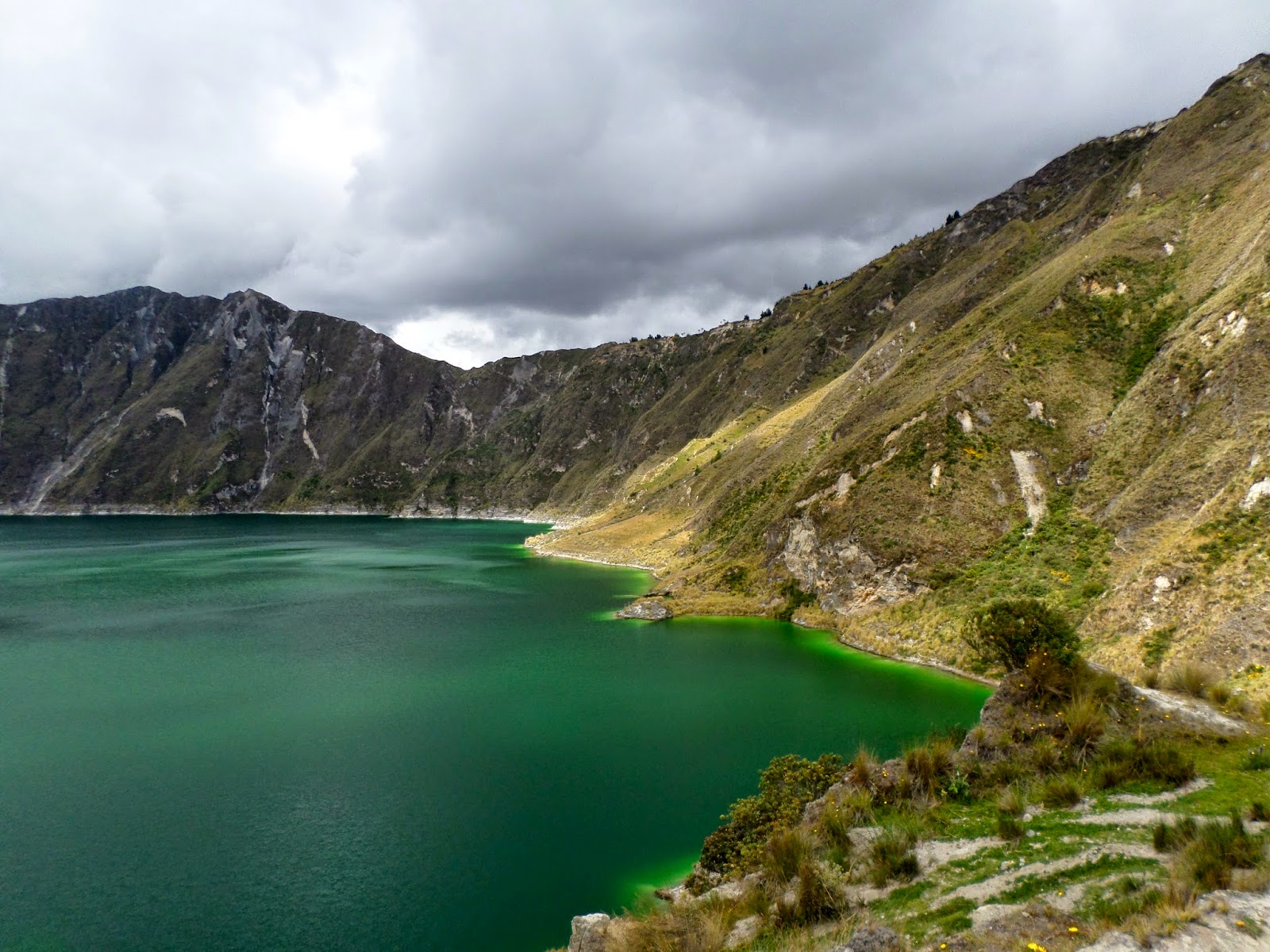 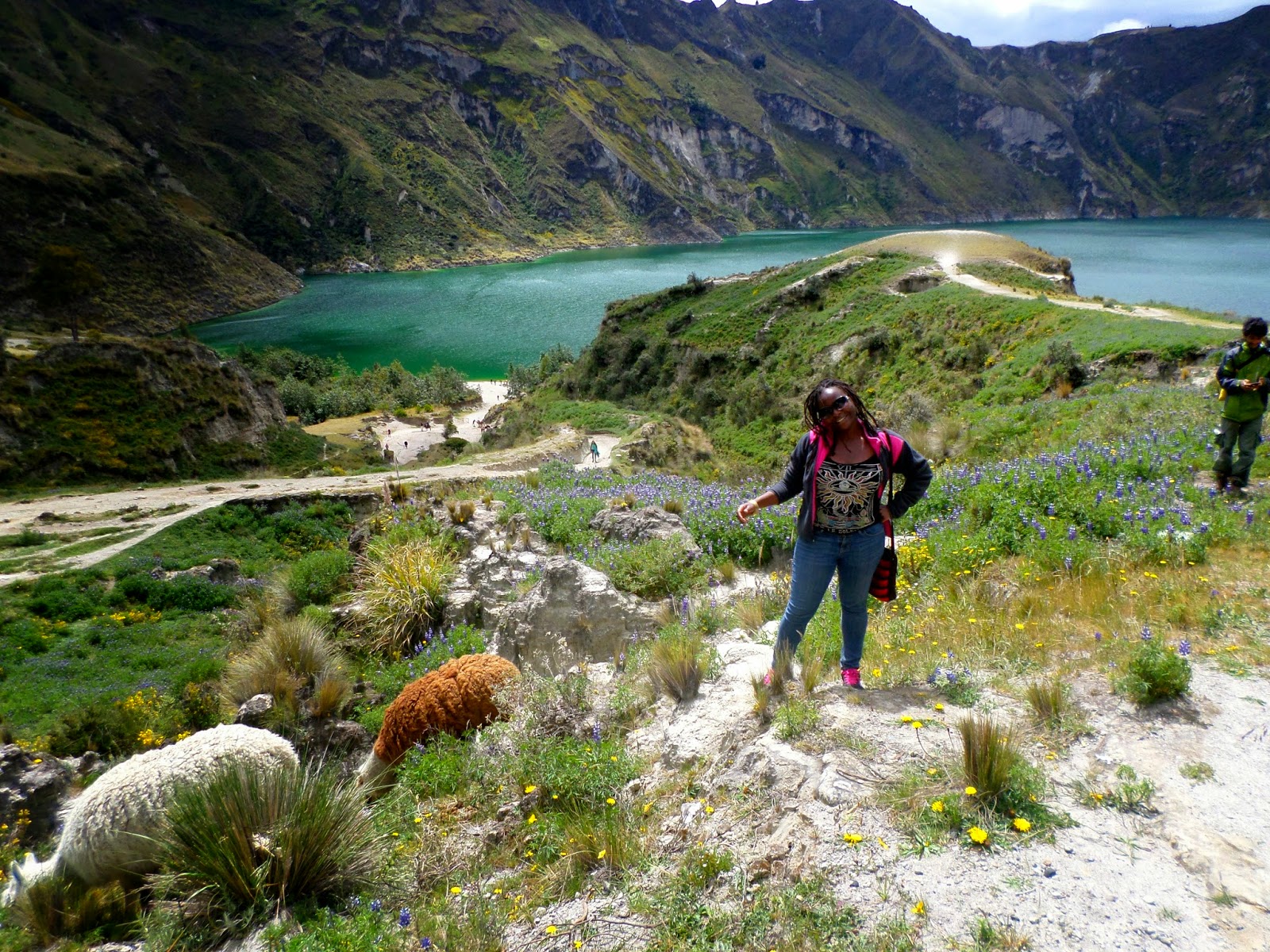 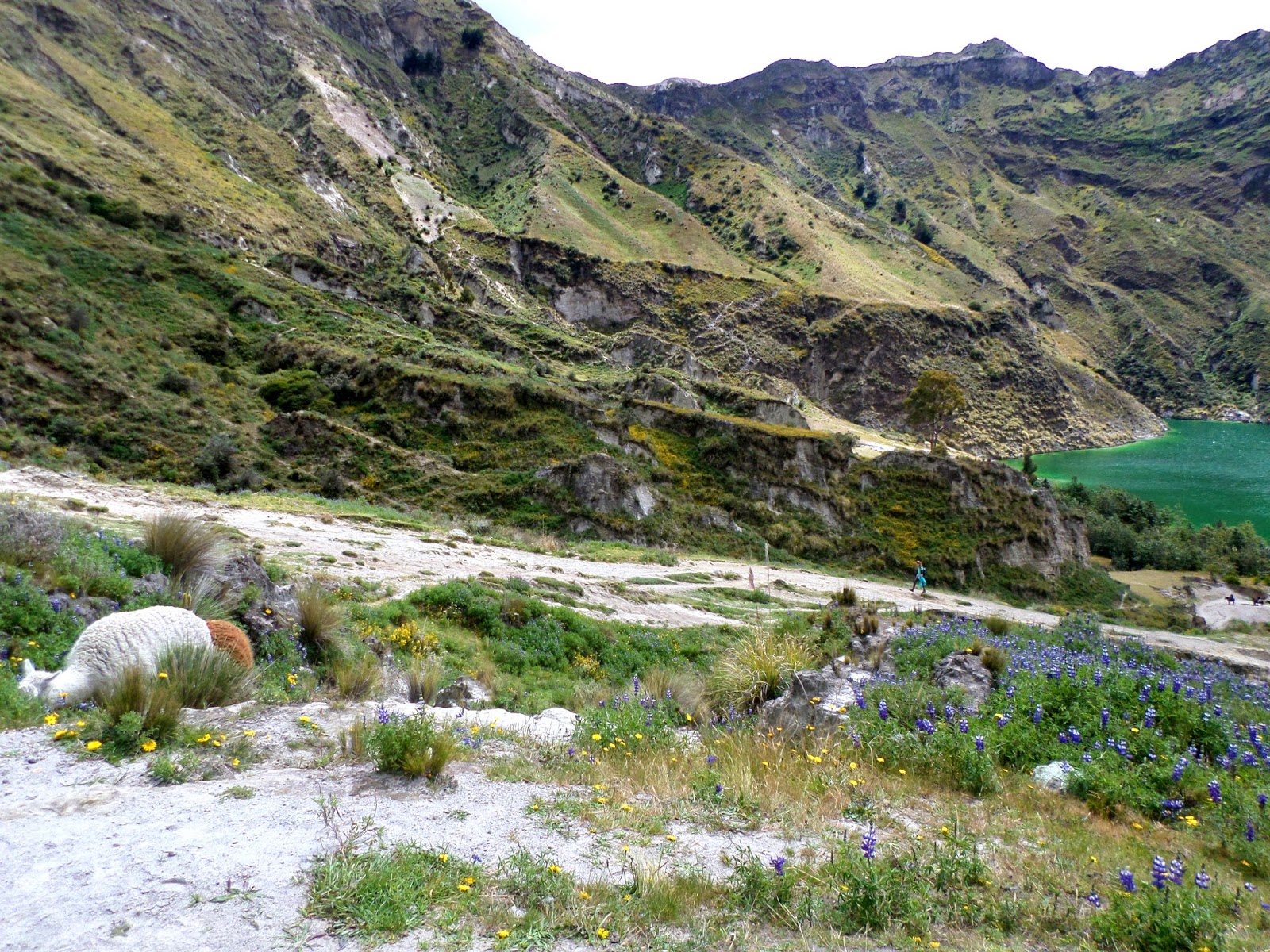 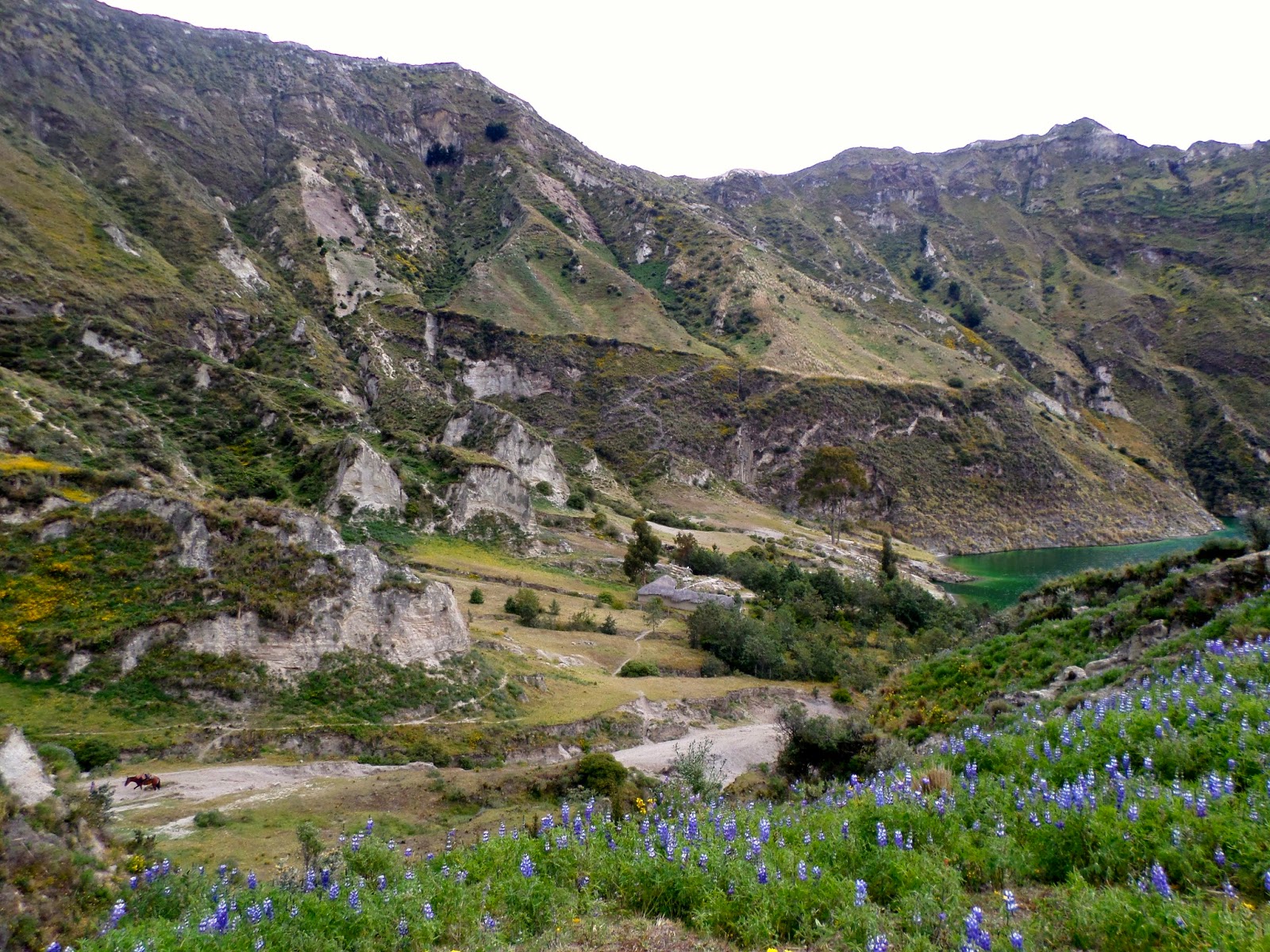 In the picture below we were enjoying the view next to the lake. The guy next to me was from Spain and the couple next to us were from Colombia. They were all really friendly and guess what??? when they spoke Spanish I could understand a great deal of what was being said. I even took part in the conversation. 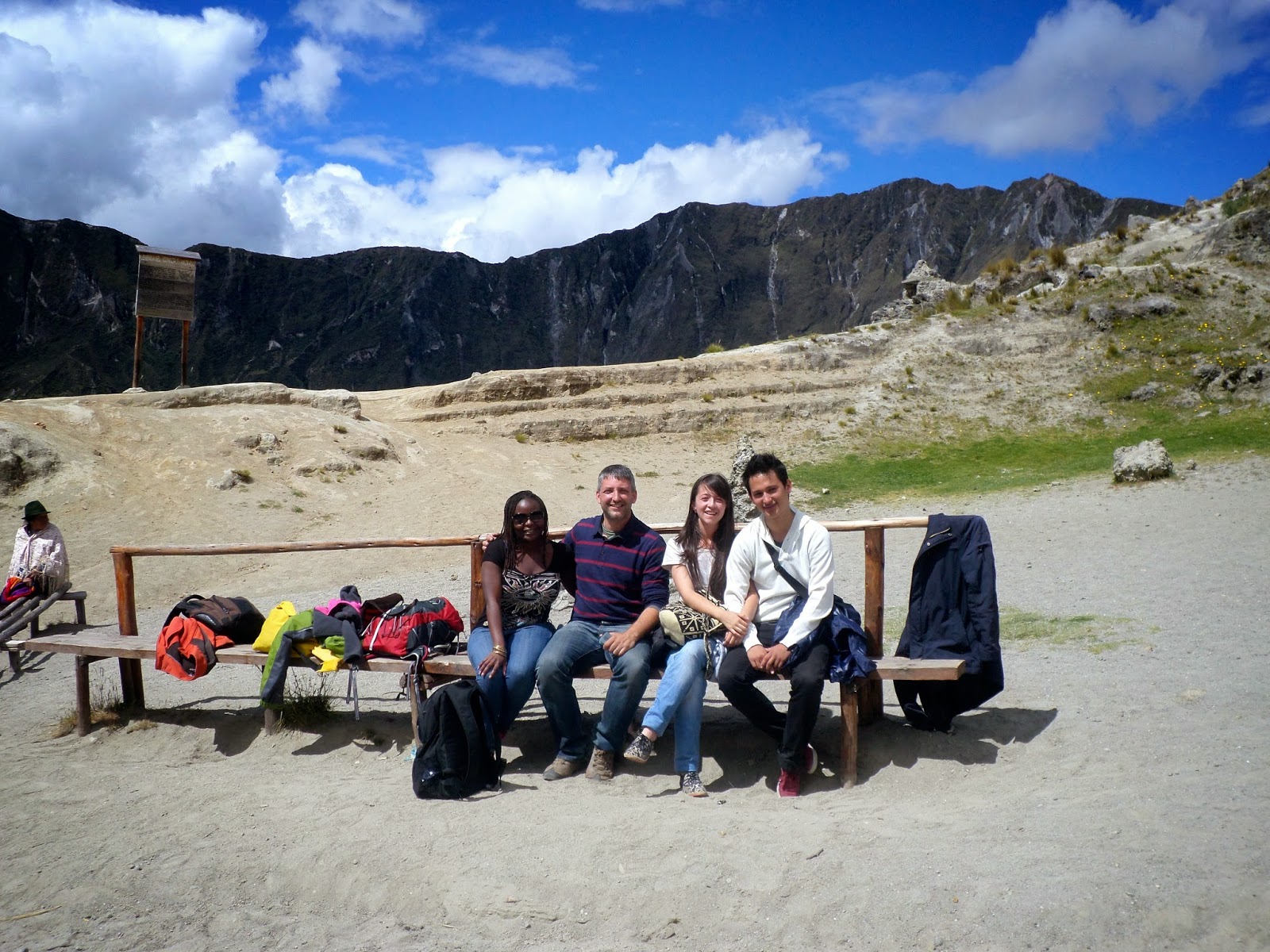 After spending some time by the lakeside it was time to go back up. I don't know if it was the altitude but I was feeling super tired and breathless so I opted to go up on a horse. It wasn't scary at all but I felt so bad for the poor horses, they got so tired from going up the slope. If a horse can stop to take several breaks and you hear the animal panting then that gives you an idea of how tough the walk up was. 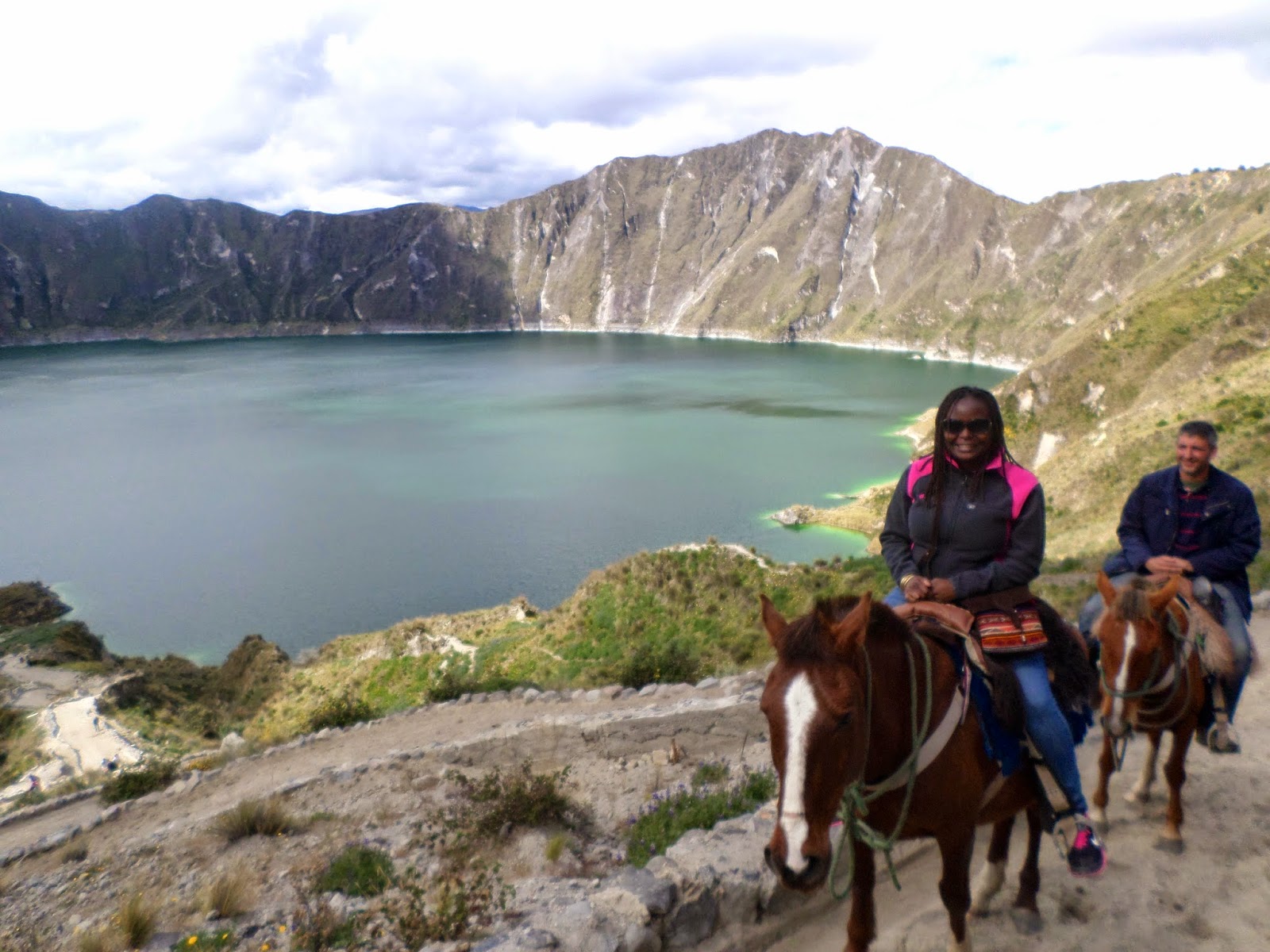 Finally everyone reunited at the top of the crater and we had lunch before heading out. On our way back to Quito the guide took us to this amazing crater that I think he mentioned is a million years old, it was huge but unfortunately I forgot it's name. 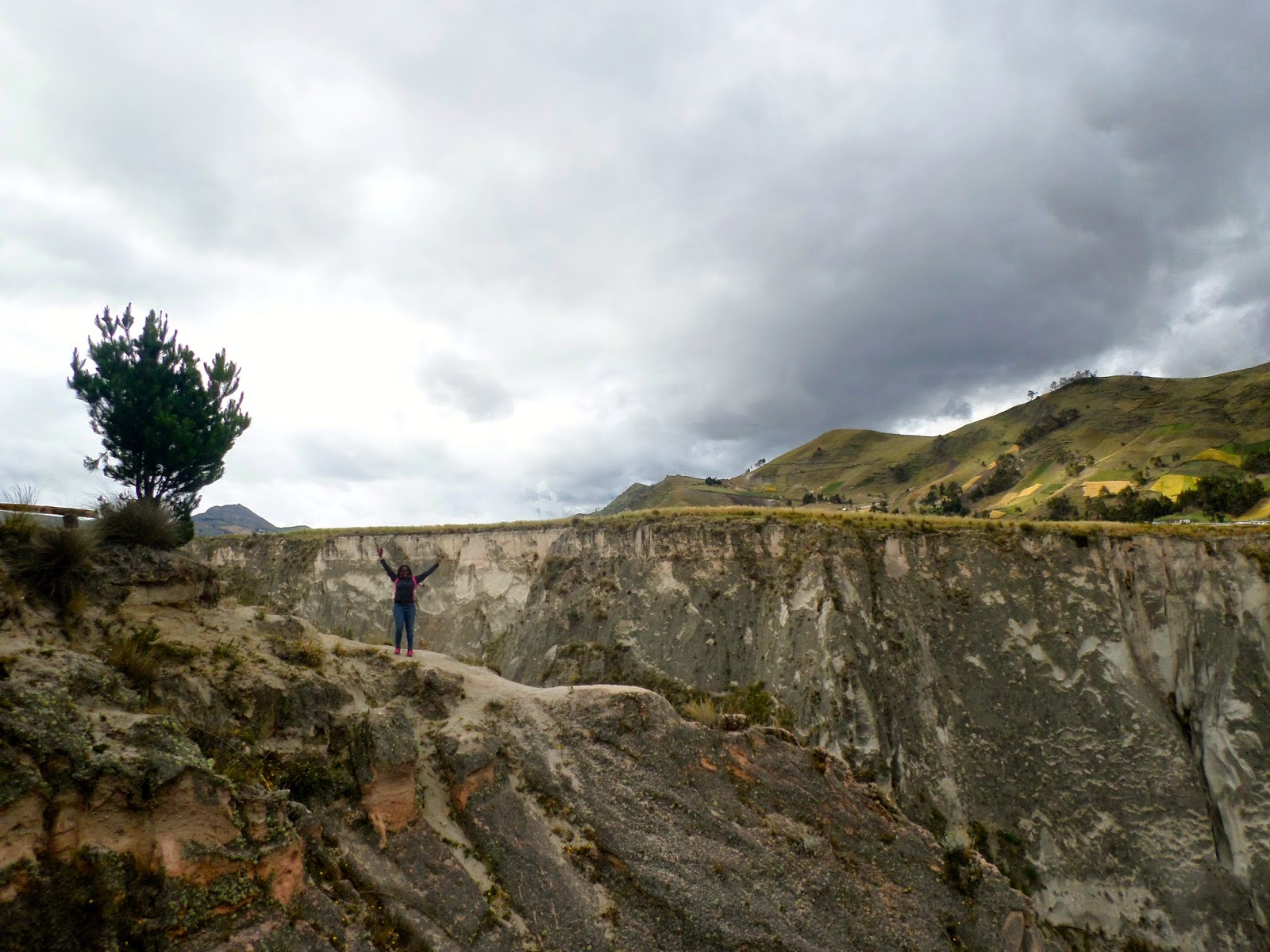 That's it folks, watch out for more goodies coming up.

There was a guy in the tour group today who is traveling for two years. He was a successful banker in South Africa and made good money before deciding to give it up for travel. He was older though and had kids in college so he figured it would be the best time for him to travel.

Many of the indigenous people here have very small body structures. At times standing next to some of them I feel like a giant. I am only 5 feet tall.

Transport here is super cheap, I suppose having gas/petrol prices lower than $2 a gallon does help keep the prices down. Ecuador does have oil and someone had told me that gas/petrol here is cheap because the government subsidizes it.

Every weekend I plan on taking short trips outside the city so I can see as much as I can in the country.

Every taxi driver I have encountered here in Quito has brought up the, "do you have a boyfriend" question.

I was having a conversation with the Spanish guy from the tour and I was telling him about how I came to be in South America. He looked at me then said, "wow! hearing stories like this make me wonder what I am doing with my life." Dude works for a huge American bank in Spain and from the type of job he does I am sure he makes oodles of money. I felt flattered because here was a well to do guy who saw my story as an inspiration.