Football And Other Happenings In Quito

As I have mentioned before, being in South America during the world cup is pretty exciting even for some of us who concentrate more on the futbolistas than the game itself. Yesterday Ecuador was playing against Honduras and the excitement on the streets was contagious, it seemed like everyone was wearing their Ecuadorian jersey in support of their team, traffic was crazy and most of the bars were full because people wanted to watch their team play. Overall the mood was very festive!

Can you tell from the pictures? 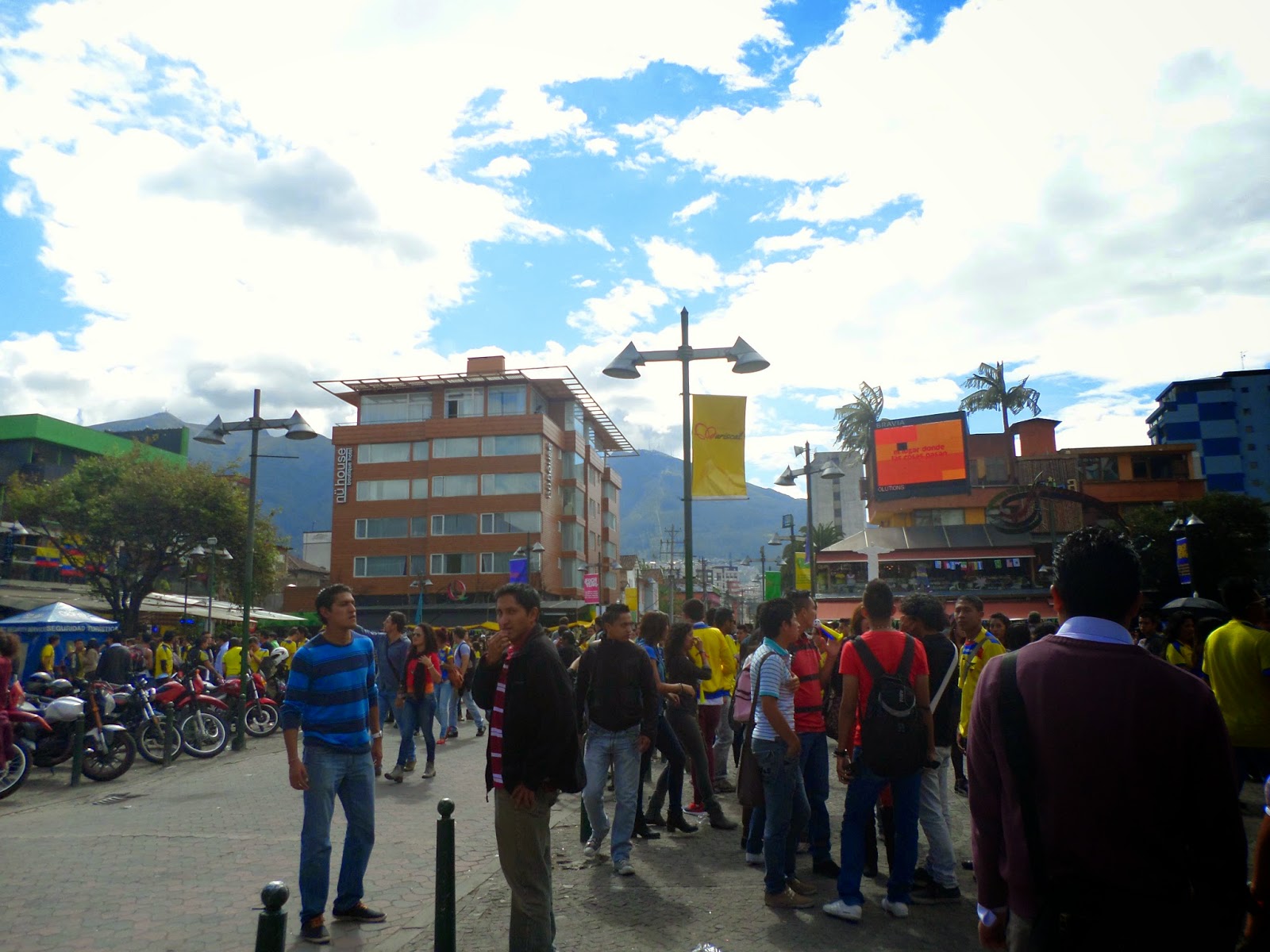 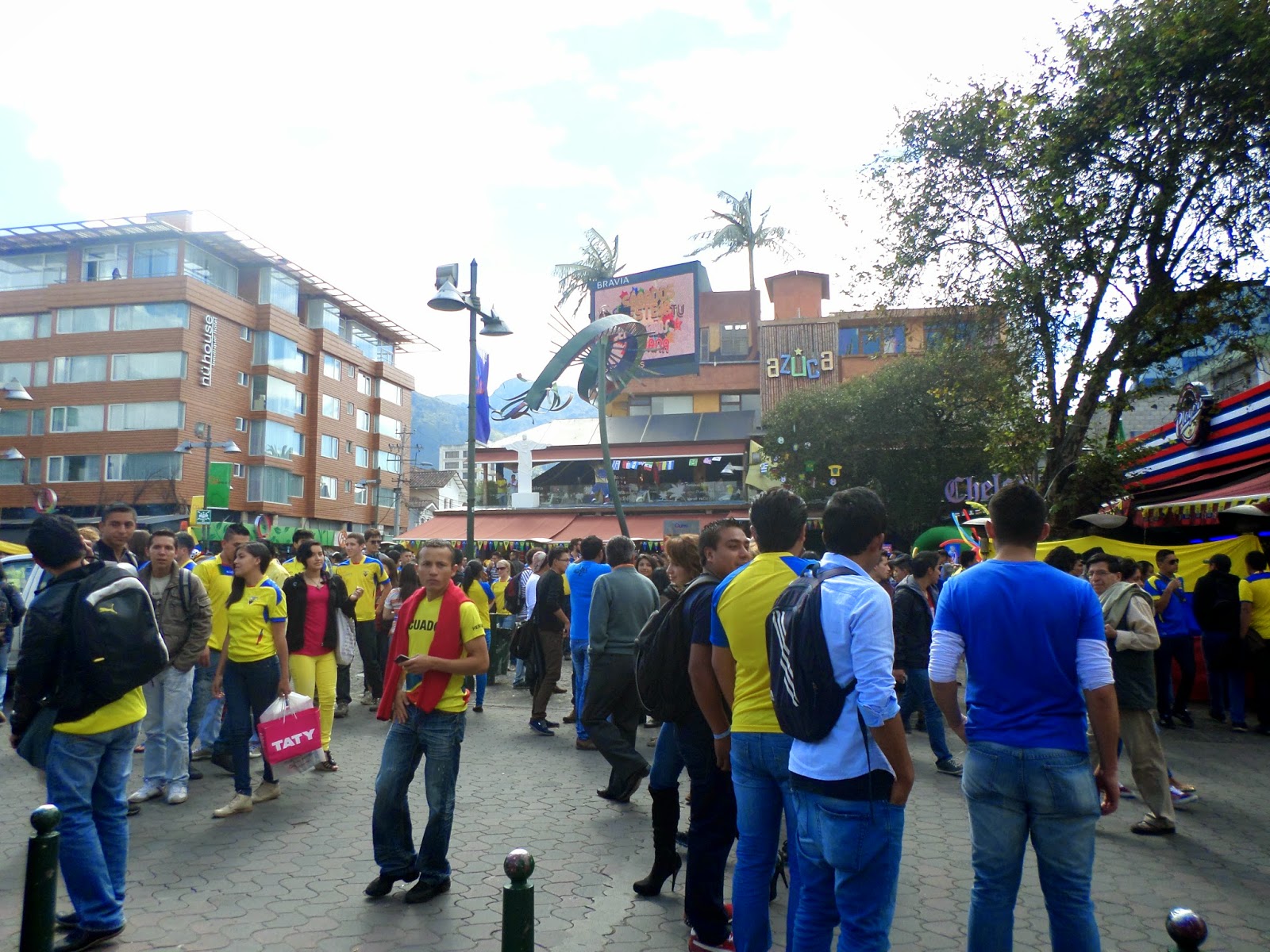 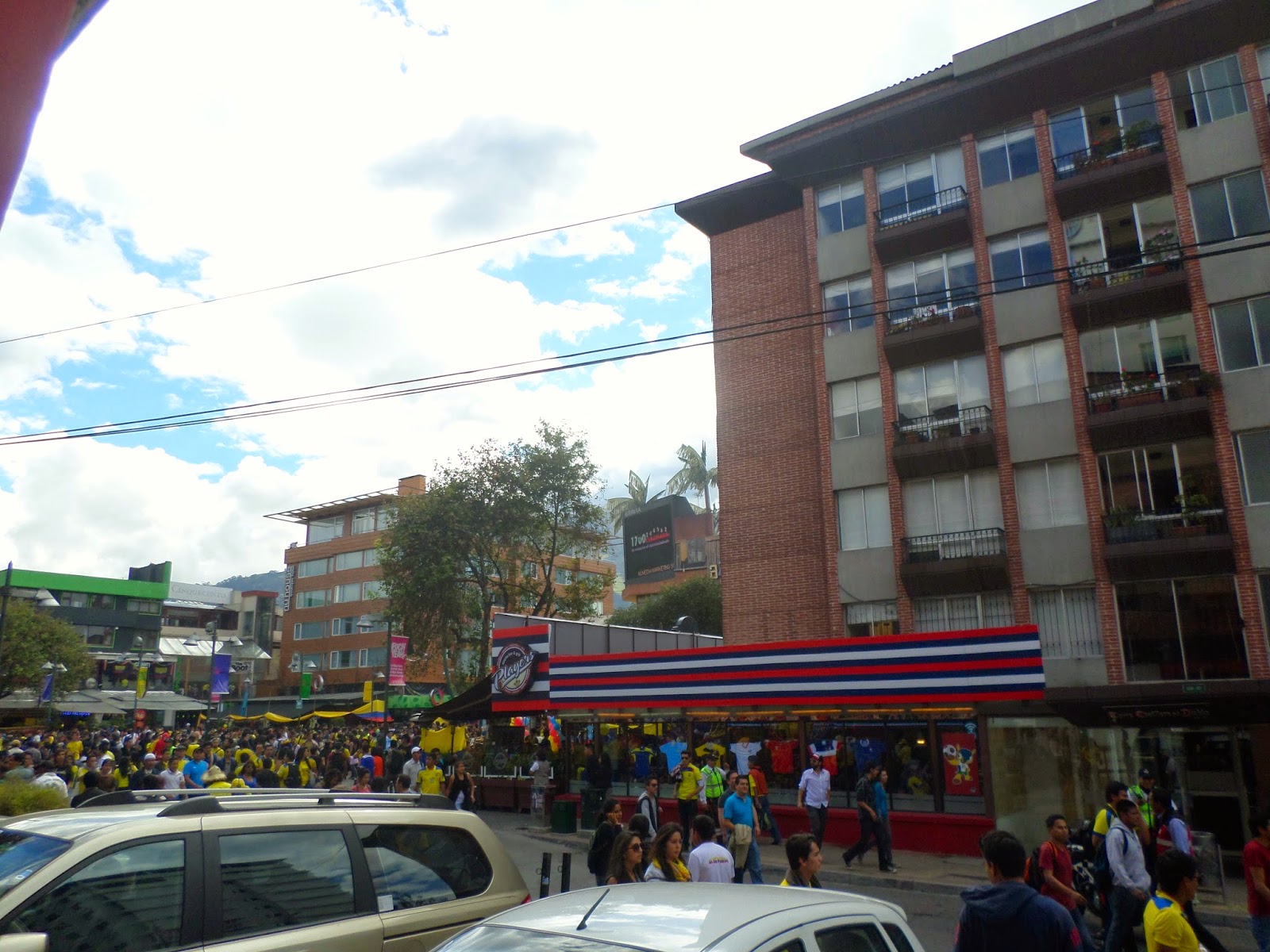 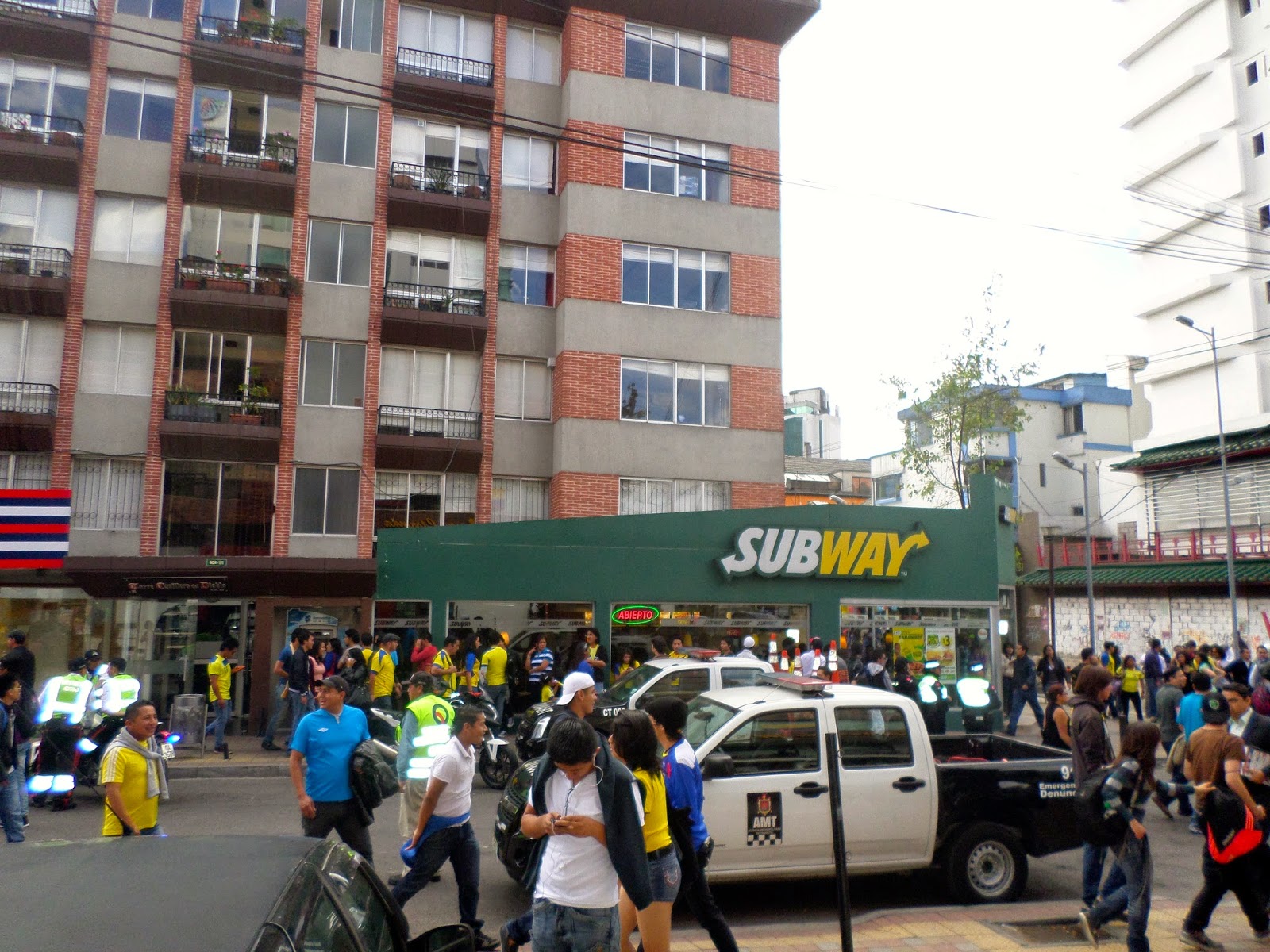 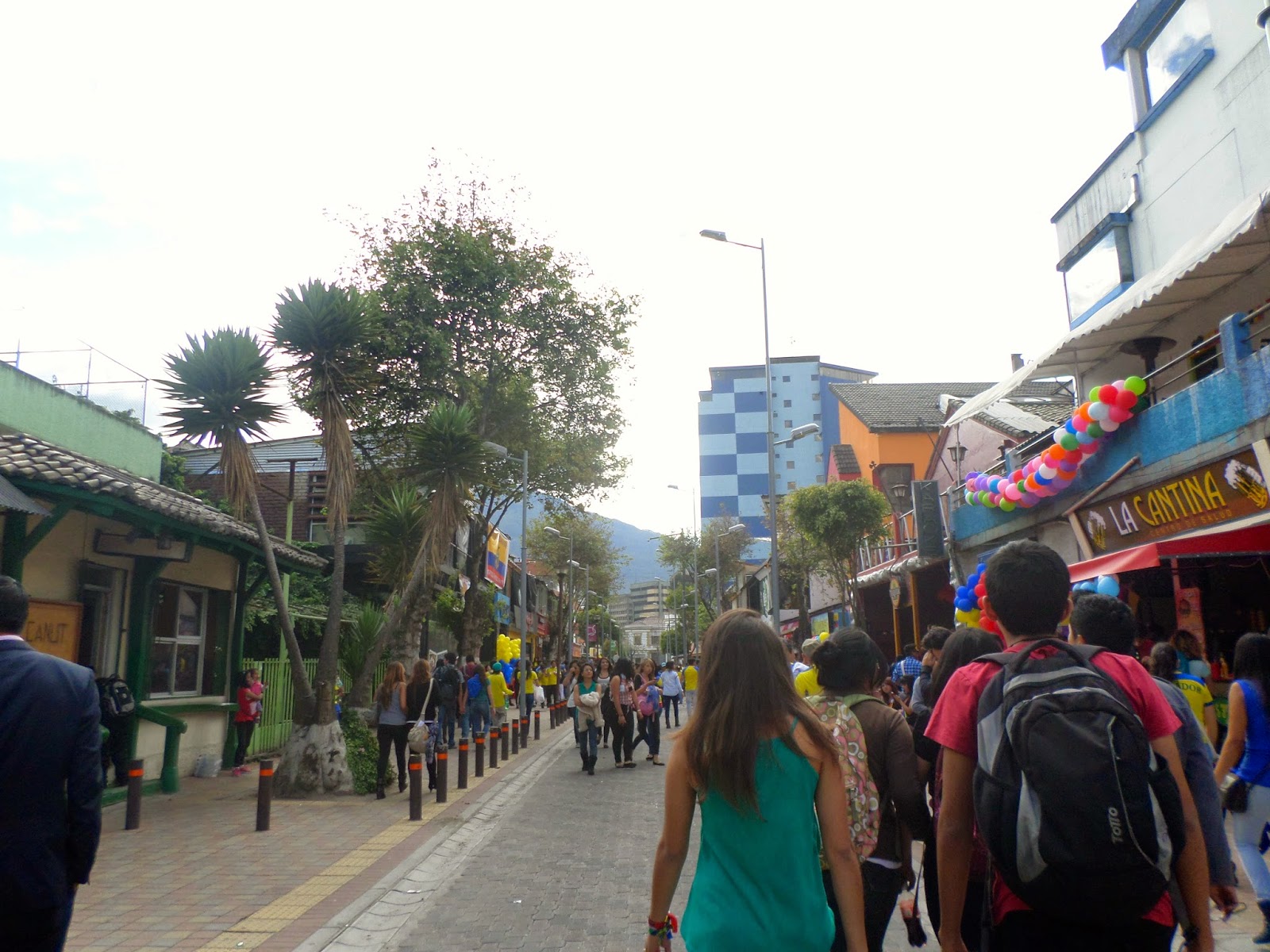 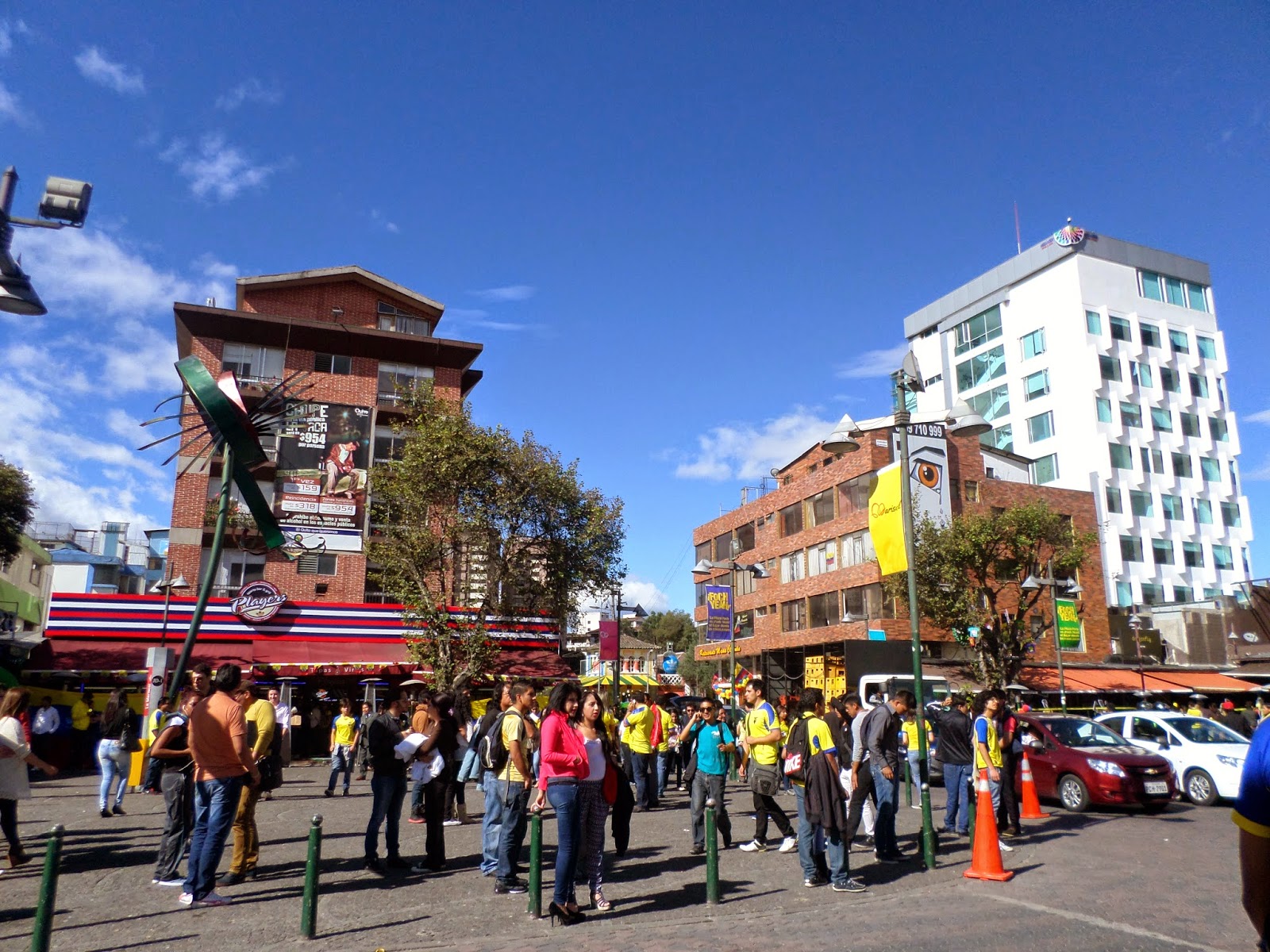 My roommate had invited me to go watch the game at one of her friend's house, so after class I decided to head to the designated apartment to join them. Getting a taxi was crazy because they were all busy and some were not even taking passengers because the drivers were rushing to go watch the game. I finally got a taxi but the traffic was crazy so the trip took longer than it normally takes but I made it.

Watching football with a large crowd of passionate people really is fun and it gets even more fun when you throw in some drinks. I had fun with my roommate and her friends so I was glad that I accepted her invitation to join them.

When Ecuador won, the excitement was tenfold so we ended up going out dancing to celebrate. Everyone was in a good mood and to make matters better entrance and drinks were free for the ladies at the club. I usually don't like going out clubbing unless I am going to dance salsa but I did have a lot of fun even though the club played mostly reggeaton. 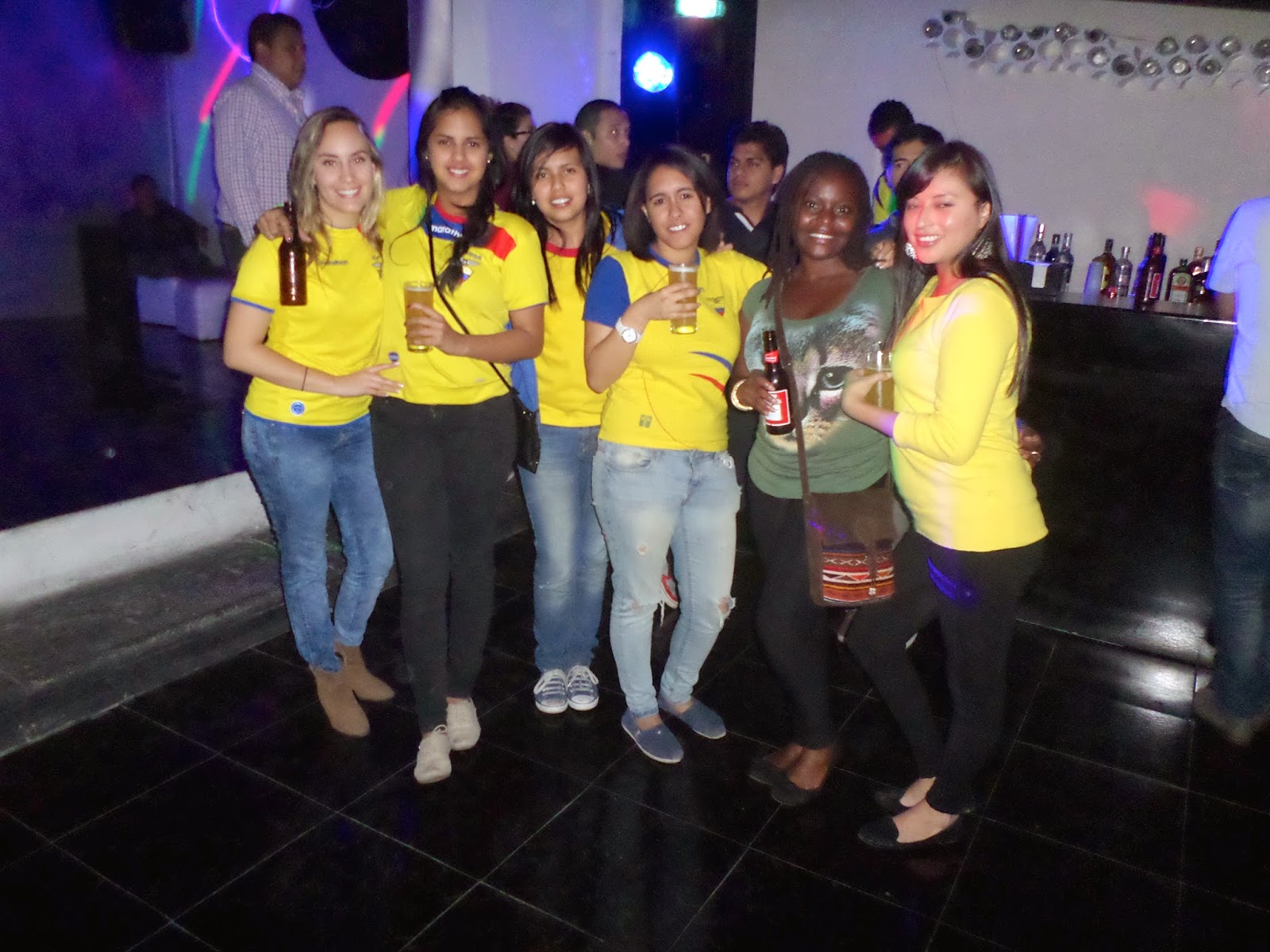 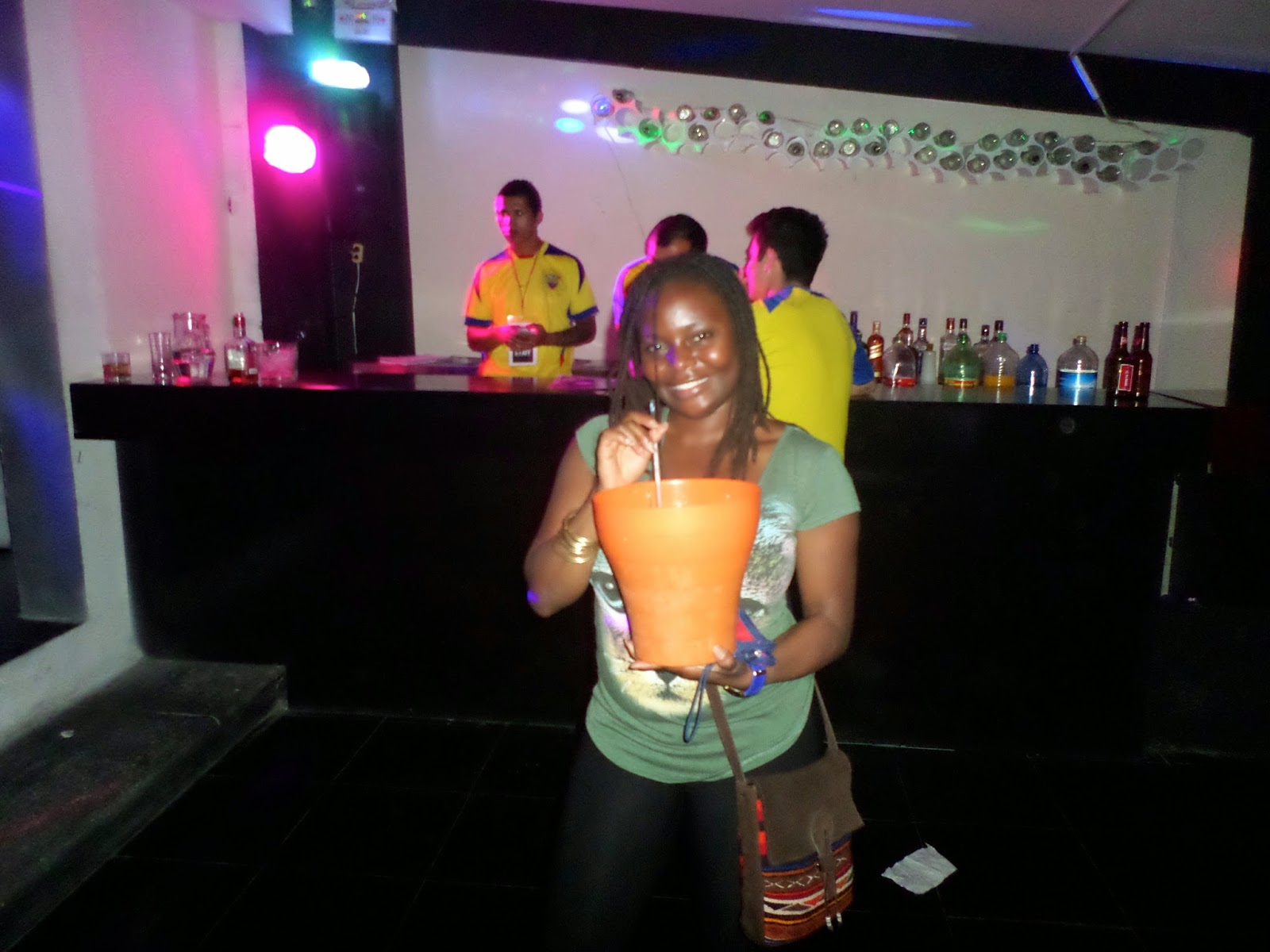 That's it folks, it was a fun evening and night and I am glad I get to experience all the excitement surrounding the world cup.

Getting change here is really a struggle, even breaking $20 can be a problem so most times I go to a big grocery store to buy a small item just so I can get change. I went for lunch at a Dominican restaurant that I like and you should have seen the havoc I caused when I tried to pay with a $20 bill!

There are many restaurants here that sell sharwama, mostly in the newer part of the city. I wonder if there is a huge middle easter population in the city.

I have to admit some of the Honduran players in the game against Ecuador were really cute!..... Ooh! yeah, the game was good too.

There is a cafe near my apartment where they sell the best yogurt I have ever tasted. Apparently it's Turkish yogurt and it's natural.

I have decided to stay in Ecuador until August, that could change depending on how I feel.

I just like how Spanish sounds, it's a very beautiful language if you ask me. Now that I am slowly getting a grasp of the language I enjoy listening to the lyrics of some of my favorite songs and I get excited when I can understand what they are saying.