Today was a day well spent, Ana who is my hostess took me a tour of downtown to check out some of the sites and learn some history. The weather is really good right now so walking around was very comfortable as there was no unbearable heat to contend with. Where I am staying is not too far from downtown so getting there took less than 15 minutes using the metro.

Today the metro was free because the city is encouraging more people to use public transport instead of their cars to cut down on pollution, this incentive attracted so many commuters so you should have seen how packed the metros were! to make matters worse it was hot inside so that combination of heat and too many bodies squeezed together was not fun at all.

Downtown Mexico city is very vibrant with people everywhere, music at some random corners, vendors galore selling all kinds of things, restaurants and lots of shopping. I love it! we walked around as Ana pointed out different buildings and what they are, we went to one of the Aztec temples for a tour and learned some history about the Aztecs which really reminded me of what I learned about the Incas in Peru. Very fascinating indeed. 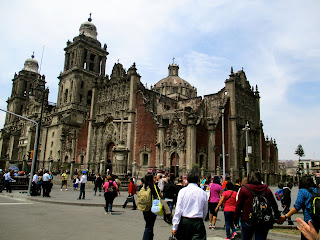 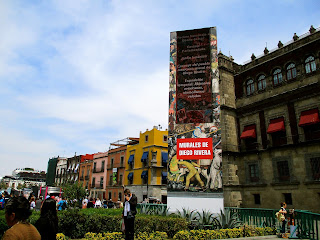 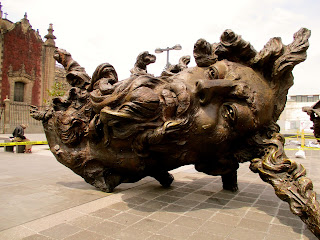 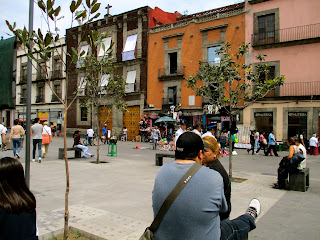 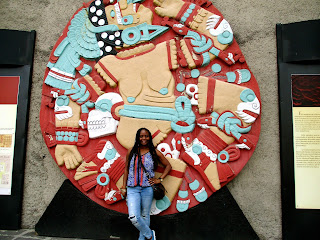 An ancient Aztec temple that was uncovered in the city. 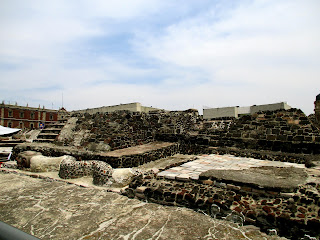 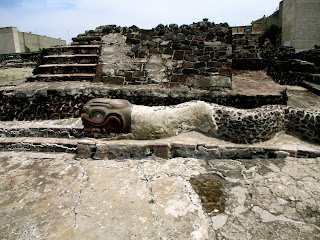 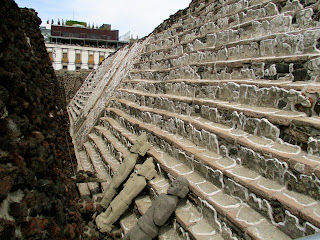 There are so many museums within the city so for anyone who fancies museums and such, they would be in heaven here. Some of use can only bear an hour or so before we call it quits but I did learn some fascinating history about the Aztecs from the museum we went to. PS: I still fail to understand why museums never allow flashes when taking pics, anyone care to enlighten me? 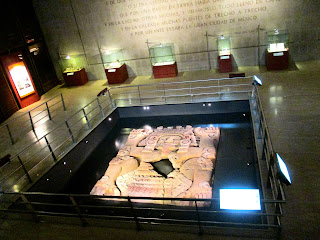 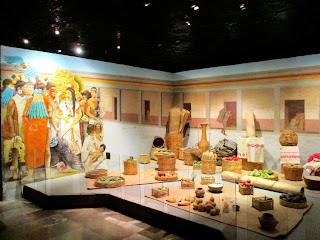 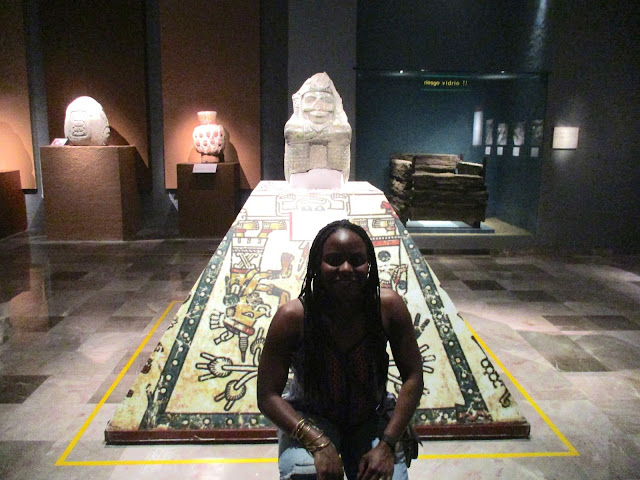 We decided to take a "hop on, hop off" bus to see more sites. It felt good sitting down for a while after all the walking we did. 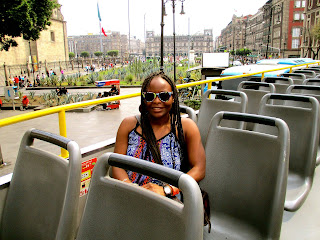 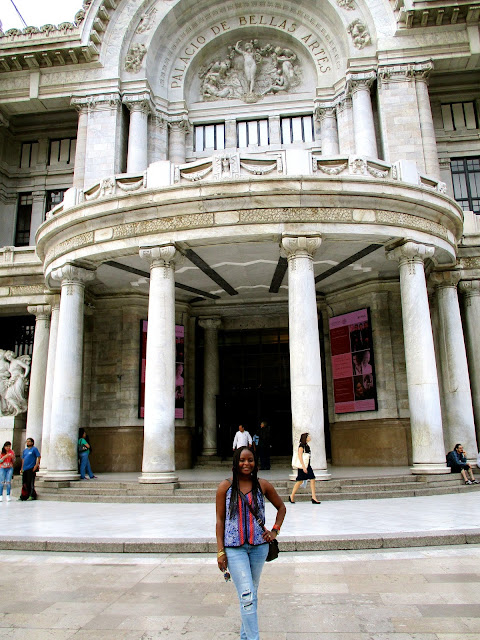 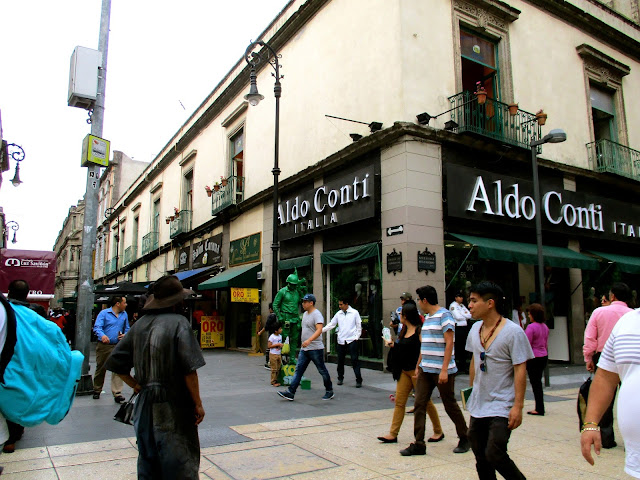 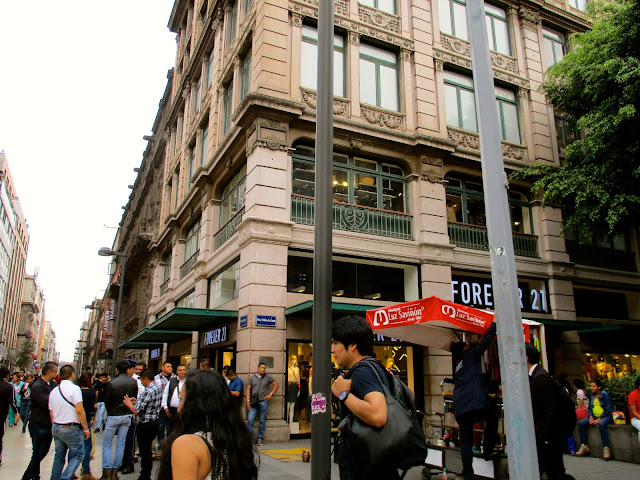 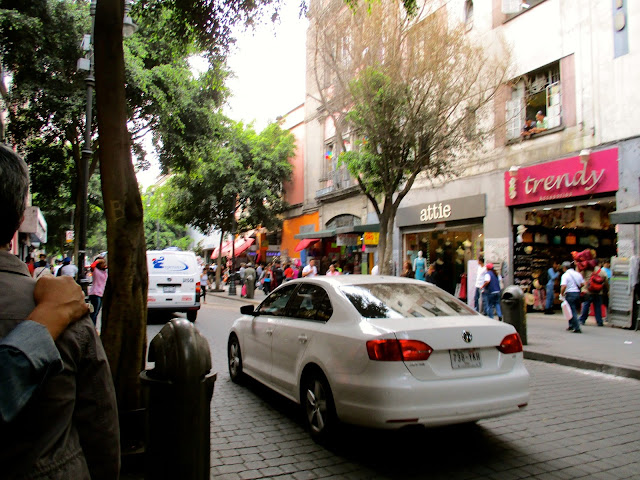 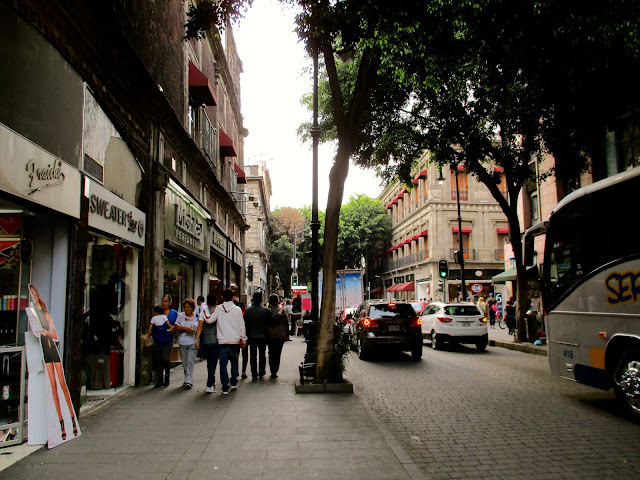 The building below used to be the house of a former president, the details on it are very beautiful it was hard to capture it in pictures but I tried. 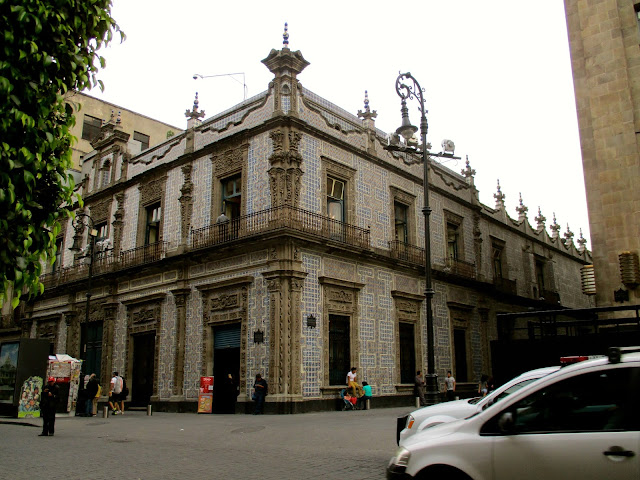 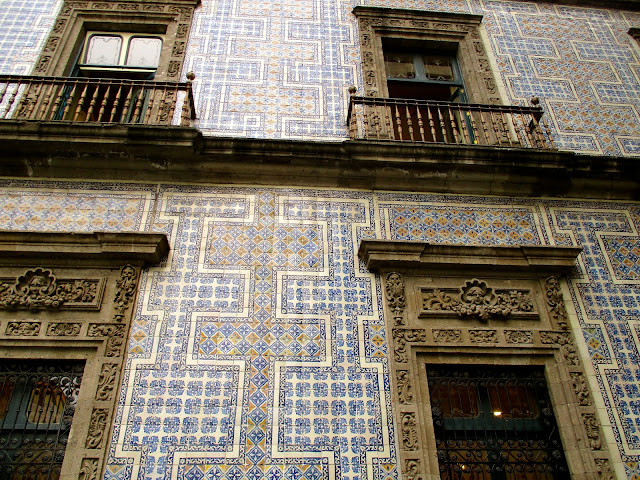 That's it folks, I will be celebrating my birthday in a few hours time so I will keep you posted on that.  In the meantime I need to be in bed because tomorrow I will have a very long day.

I really like the barrio I am staying at currently, its so cute and colorful and very tranquil plus its not too far from downtown if I need to go enjoy the hustle and bustle of city life.

Most people assumed I was going to be staying in a resort of visiting Cancun when I mentioned I was going to Mexico so I got strange looks when I said that I was actually just visiting Mexico city for now. I am not that big on resorts, but then again I have never stayed in one to begin with although I wouldn't mind staying in one. As much as white sandy beaches look very beautiful in pictures I am just not a beach person as I have mentioned before. I really like cities, colonial towns, history & culture, nature (just not the beach) you get my point.

"Aren't you afraid of narcos?" that was the common question I got prior to my trip. Nope! I did a lot of research prior to my trip plus there are certain well known areas which are no go zones otherwise, I am pretty safe and very happy actually. I am staying with a very nice family and I feel at home.

This morning I went to a local market with Ana's mum to buy some stuff. We stopped at this one store to buy something and the guy asked me where I am from. I told him I am Kenyan and the first thing he asks is, "isn't Kenya dangerous? aren't kids starving?" I was taken aback but I bounced back quick and asked him, "isn't Mexico dangerous with all the narcos and violence?" he didn't get it at first but I kept looking at him smiling till he finally got it. Stereotypes.........unfortunately the negative ones are the ones that are highlighted the most creating misconceptions. For the record, Kenya is a very beautiful country so check it out if you can, don't believe the hype.

The food.........this is just the beginning but I have to say I love Mexican food and there are so many varieties but I am determined to sample as much as I can.