I was trying to figure out which site in Ecuador to re-visit as a day trip from Quito since at this point I feel like I have been to most if not all the popular sites that would make really good day trips. My husband hadn't been to the very pretty crater lake Quilotoa so we ended up settling on that. There are many tours to Quilotoa and they cost $40 per person so we decided to go with a tour group and not have to worry about transportation and getting back to the city in the evening.

Our tour had about 14 people which wasn't so bad but we ended up getting a very talkative tour guide who just went on and on even when everyone was dosing off since the tour started so early in the morning, the guy just kept talking without a break! Our first stop was at a traditional market where all kinds of fruits were being sold dirt cheap then we moved on to an animal market where pigs, sheep and several farm type animals were on sale. That place stank so bad of animal excrement and you had to be very careful not to step on some of it. To be honest with you, the markets didn't do much for us (my husband and I) but there were several people from the tour group who were so fascinated. I guess we have been to so many markets that they all start looking similar at the end. 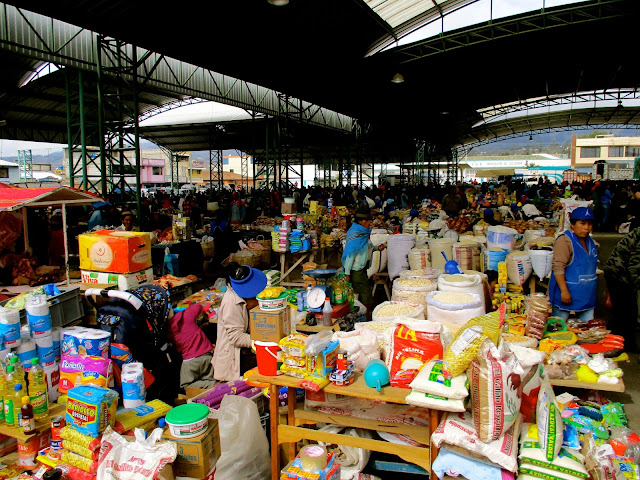 That can't be the most comfortable position for these poor sheep, can it? 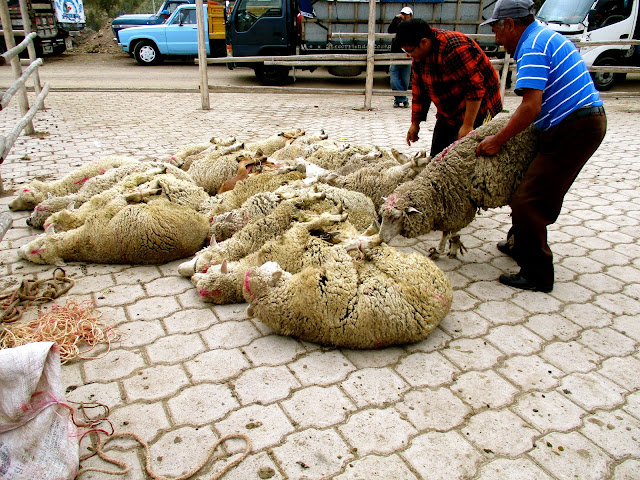 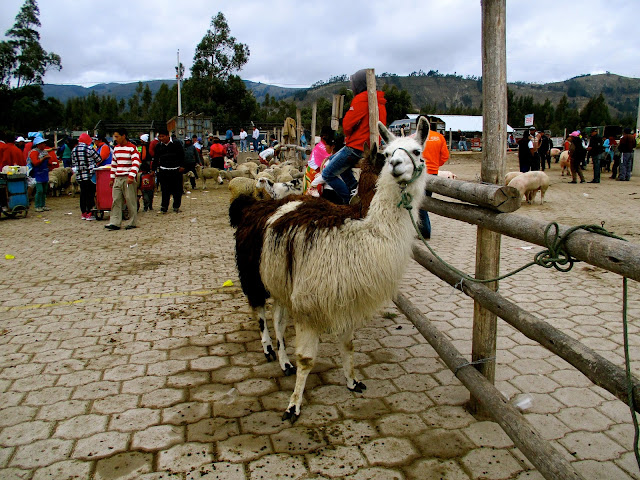 After the two market stops the guide told us that we were heading to a traditional village to see how the indigenous people of Ecuador live. Seems like the local indigenous families work with tour groups who stop by their homes for viewings and in turn the families get tips from tourists. The area where we went to visit the homes was at high altitude and was really cold that's why you see the poncho on the guy in the picture below and the warm blanket and sweater on the wife and the daughter. 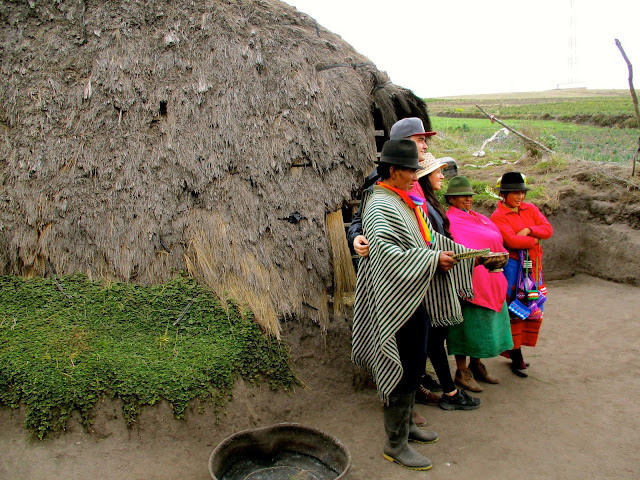 Inside the homes the families share their living space with guinea pigs, traditionally known as cuy. This particular family we visited had about 70 guinea pigs in the house! apparently they also help generate heat especially at night when it's super cold outside. They were so cute and reminded me of tiny rabbits for some reason.............cute as they looked I don't know about sharing living space with them though. 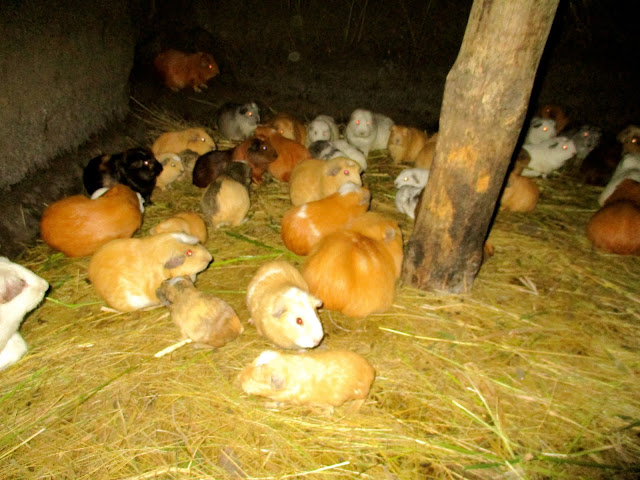 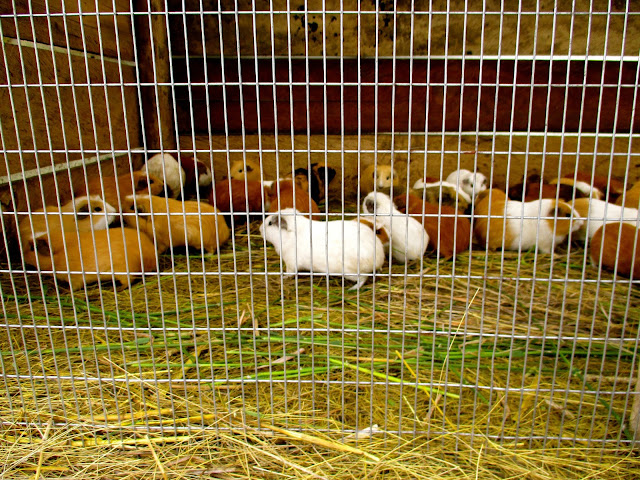 I got to hold one of the guinea pigs and it had the softest feel that just made you want to keep holding it. They don't bite although at the back of my mind I just kept thinking to myself "I seriously hope I don't catch anything from a scratch or an accidental bite."

PS: These guinea pigs are eaten on certain special occasions. I found cuy more popular in Ecuador and Peru. 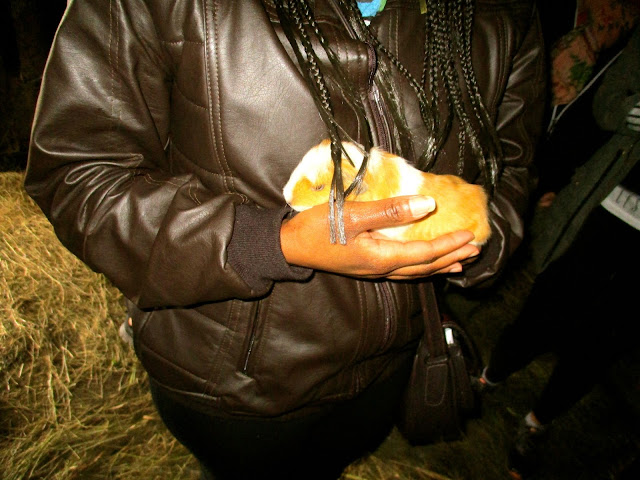 After visiting the traditional homes, it was finally time to head to Quilotoa. It seemed like we had made many stops along the way so when the guide mentioned that the next step was Quilotoa everyone was excited although I was a bit worried about altitude sickness and braving the challenging feat of descending down the crater lake and ascending from it.

That's it folks, watch out for Part 2. I feel very sleepy and tired right now so my concentration is off but I will continue where I left off in Part 2.