Hola! so if anyone was reading about my trip to Quilotoa, this is where I left off so let's continue shall we? when we arrived to Quilotoa it was cloudy and it appeared as if it was going to rain but that wasn't going to stop us from going down the crater and back up. I was a bit nervous at first because I remembered how much I struggled the first time I had toured Quilotoa but this time round going down wasn't as challenging as I remembered. There were slippery spots because of loose earth and our thighs were trembling by the time we got to the bottom but it was fun and the lovely surroundings made it all worth it. 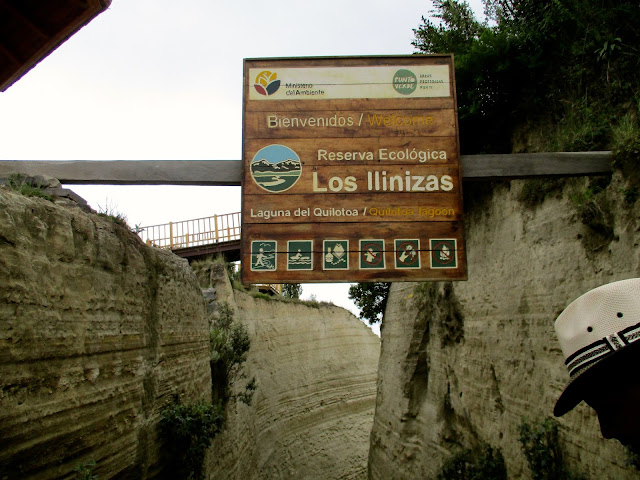 The trail down doesn't look steep or long but trust me, it looks tamer in pictures than in reality. 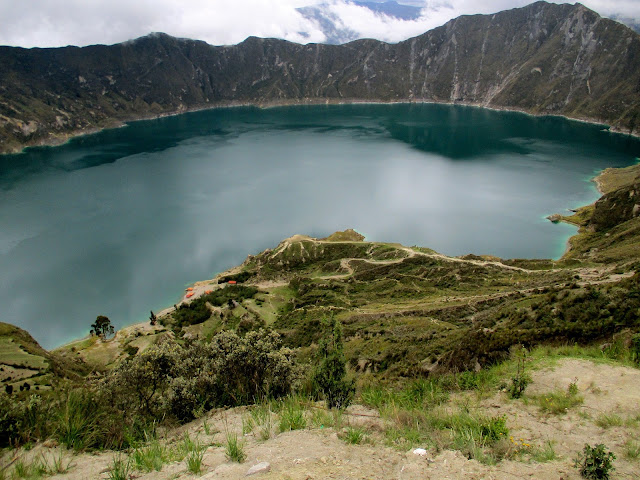 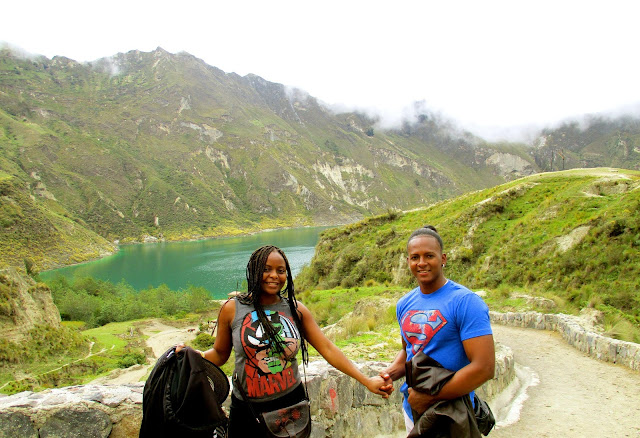 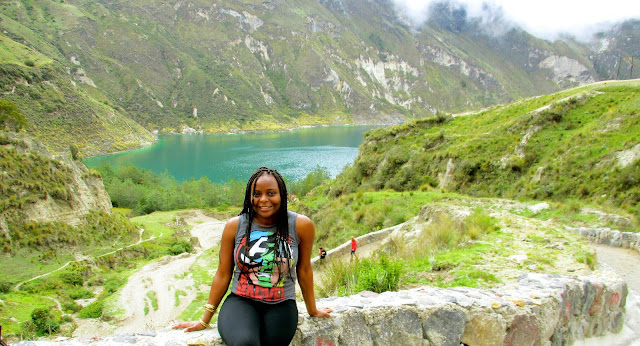 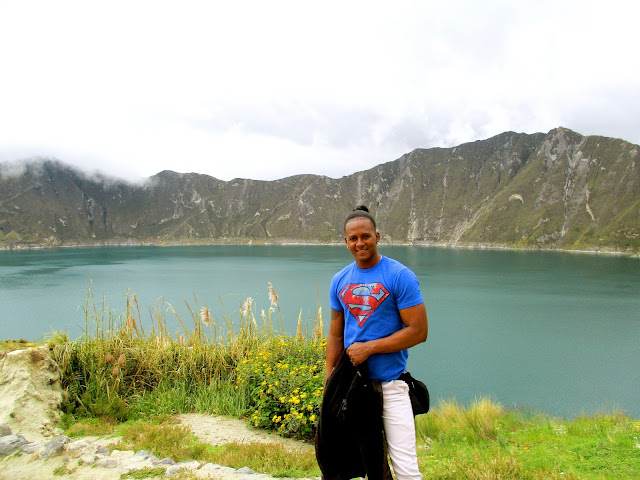 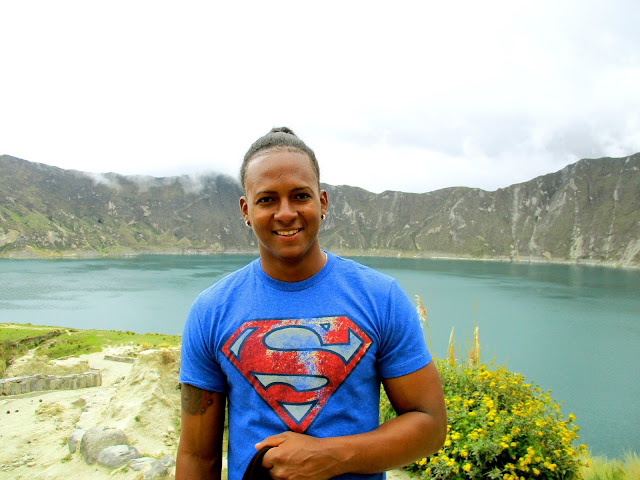 We made it to the bottom of the crater and enjoyed the surroundings even though it had started drizzling. 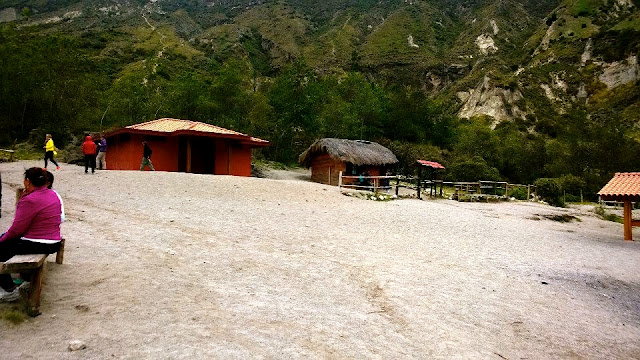 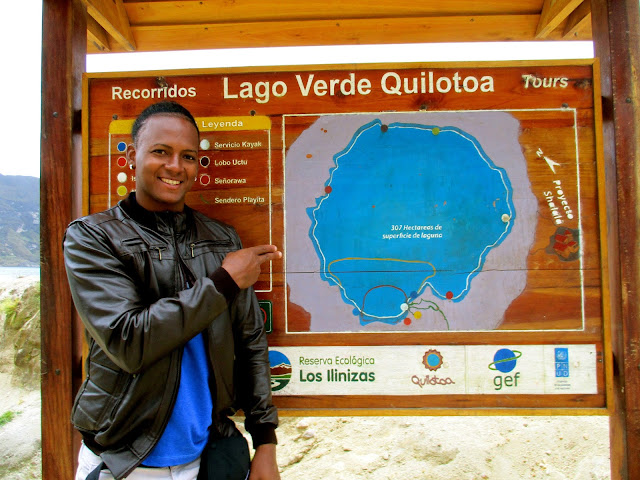 I don't know what kind of hostel this is but I would not want to spend a night in there, there were several tents pitched around the area so I suppose some people camp out in the crater. 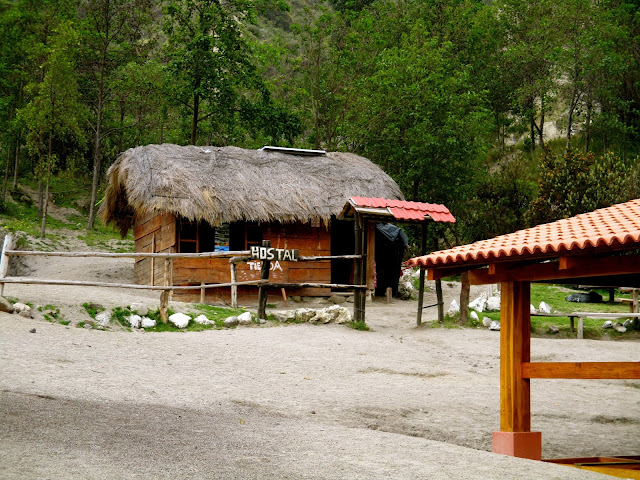 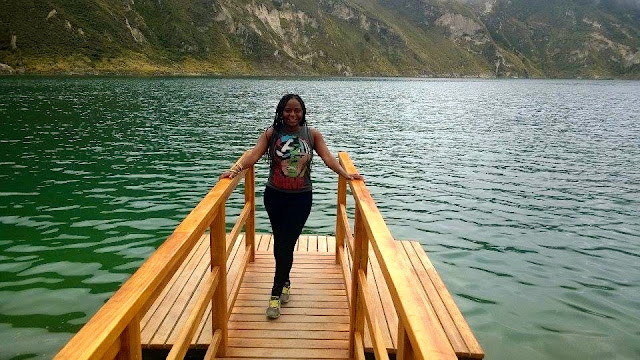 We thought the drizzle was going to pass but unfortunately it started raining heavily and we had to start our climb up quick before the path became really muddy. The first time I was at Quilotoa I went up on a horse but this time round I decided to challenge myself physically and go up by foot.

I am not lying when I mention how tough it was climbing up. First of all we were at high altitude and there was no sufficient air so breathing was a problem, the path was steep at some places so you really had to exert yourself and the fact that it was raining didn't make things easier. I was panting like crazy  and I wasn't the only one. Just imagine gasping for air and feeling like you can't get enough so you pant even harder trying to suck in as much oxygen as you possibly can..........yeah, that was how it felt. It got to a point my very lovely husband even carried me on his back before he got too tired himself, I could have easily taken a horse up but I was determined to make it on my own.

There was an Argentinian girl in the tour group who got so exhausted and sick that she just stopped and couldn't move any further she almost cried saying she wanted a horse to help her get back up but all the horses had already been taken and there were none available. My husband being the lovely gentleman that he is decided that we couldn't go further without helping the girl so him and this other Colombian guy got on each of her side and held her as we continued with the trek. In the end she felt better and we all bonded within the group as we made the best out of a difficult situation and managed to share a few laughs along the way. 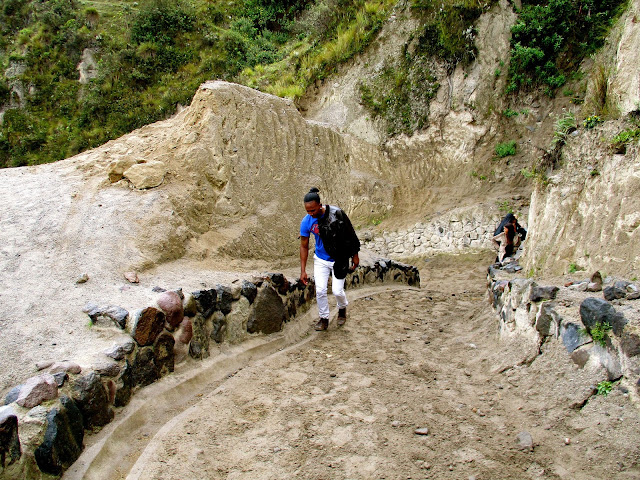 Finally we made it up to the top of the crater and you should have seen how happy and relieved everyone was, especially knowing lunch was to be served up next. 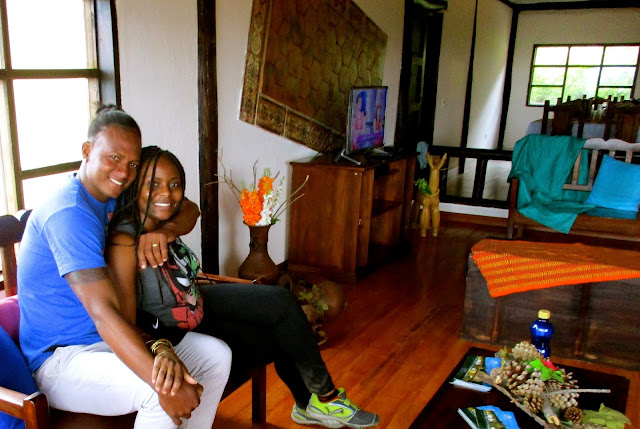 That's it folks after lunch we headed back to Quito and everyone just blacked out in the bus and slept through most of the ride. It was a day well spent if I must say so myself.

It's been raining in Quito every day which makes for very cozy nights but during the day it sucks especially when you want to be out and about.

In Quito you will find communities of Cubans, Dominicans, Colombians and Venezuelans but each tend to keep to themselves, hang out among themselves and even eat at their own restaurants.

I had forgotten how much the sun burns in Quito especially in the afternoon when its the brightest, I have been walking around with a hat for protection. I wonder what the rate of skin cancer is over here.