Here is part 2 of my Lake Titicaca experience, you can read about my first experience here. After leaving the floating Islands of the Uros we headed to another Island called Amantani, here we would spend the night with the local families and get to know more about their culture. Getting to the Island was by boat of course and it took about 3 hours, I was surprised by how far these Islands are from each other. I had assumed everything was clustered together but I was clearly wrong.

The inhabitants of Amantani speak Quechua which was the language that the Incas spoke. The Island is really pretty with terraced hills and mountains all over. Farming and tourism are important on the Island and everywhere you went you saw little farms on peoples backyards.

When we arrived at the Island of Amantani we were each assigned a family and as it so happens, all the solo travelers were assigned to one family where we would be provided with our own personal rooms. Within our group there was: me, a Colombian guy, a Spanish guy and a Hungarian-Canadian lady. We followed our host family to their house and we were each shown our rooms and got settled in, later on we (the solo travelers) met up to chat and get to know each other better. I was glad I ended up with this group of people because they were all great and we had so much fun together!

At our host family we were served lunch after settling in and it consisted of two different types of potatoes, cheese and some green beans. Peru has over 4,000 varieties of potatoes so you best believe potatoes feature heavily in a lot of the meals. We were also given coca leaf tea and I of course made sure to drink plenty of it because I wasn't about to let altitude sickness spoil my trip.

This was the compound to our home on the Island. 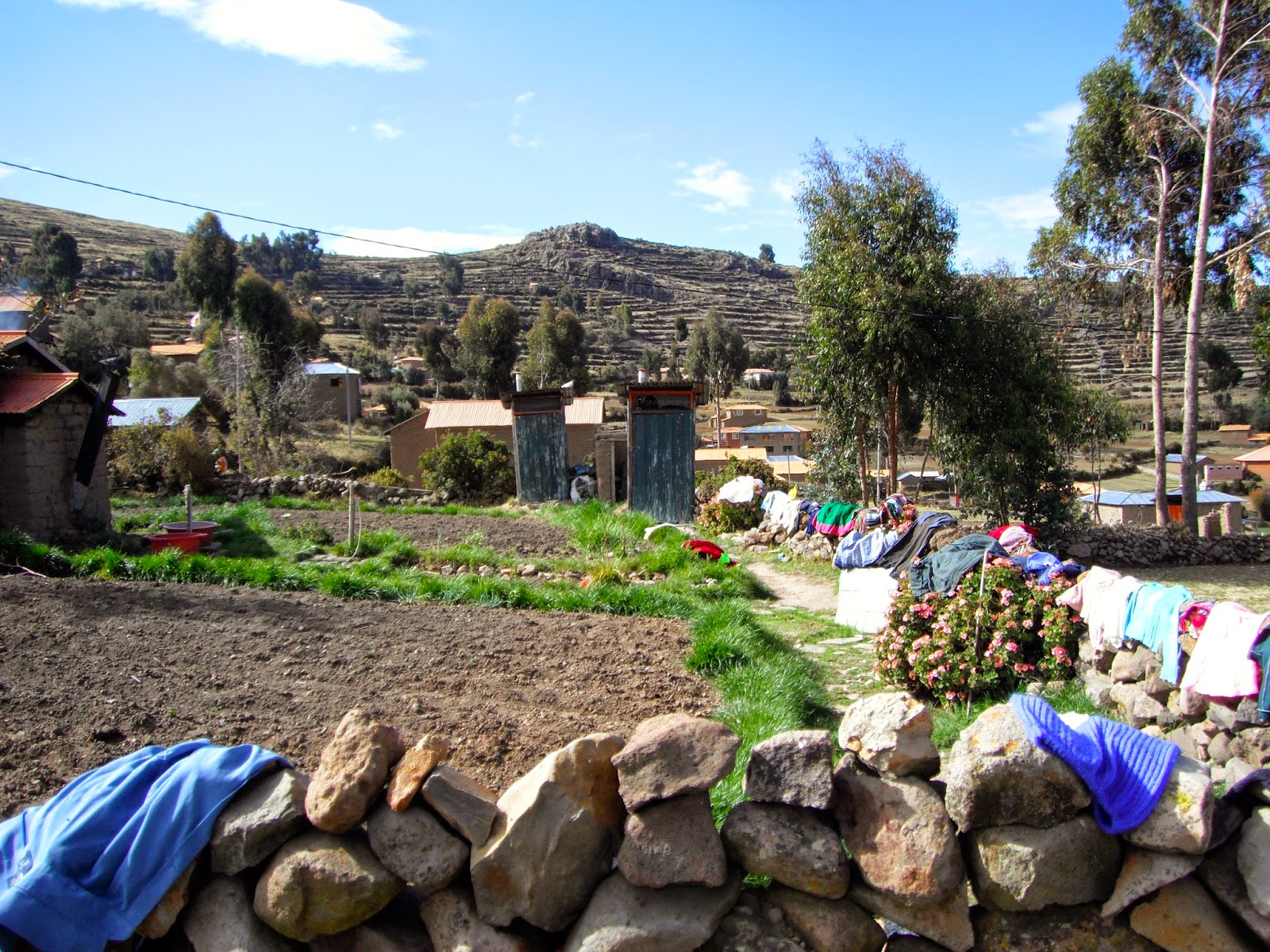 Would you look at that view right in front of our temporary home? amazing! isn't it? 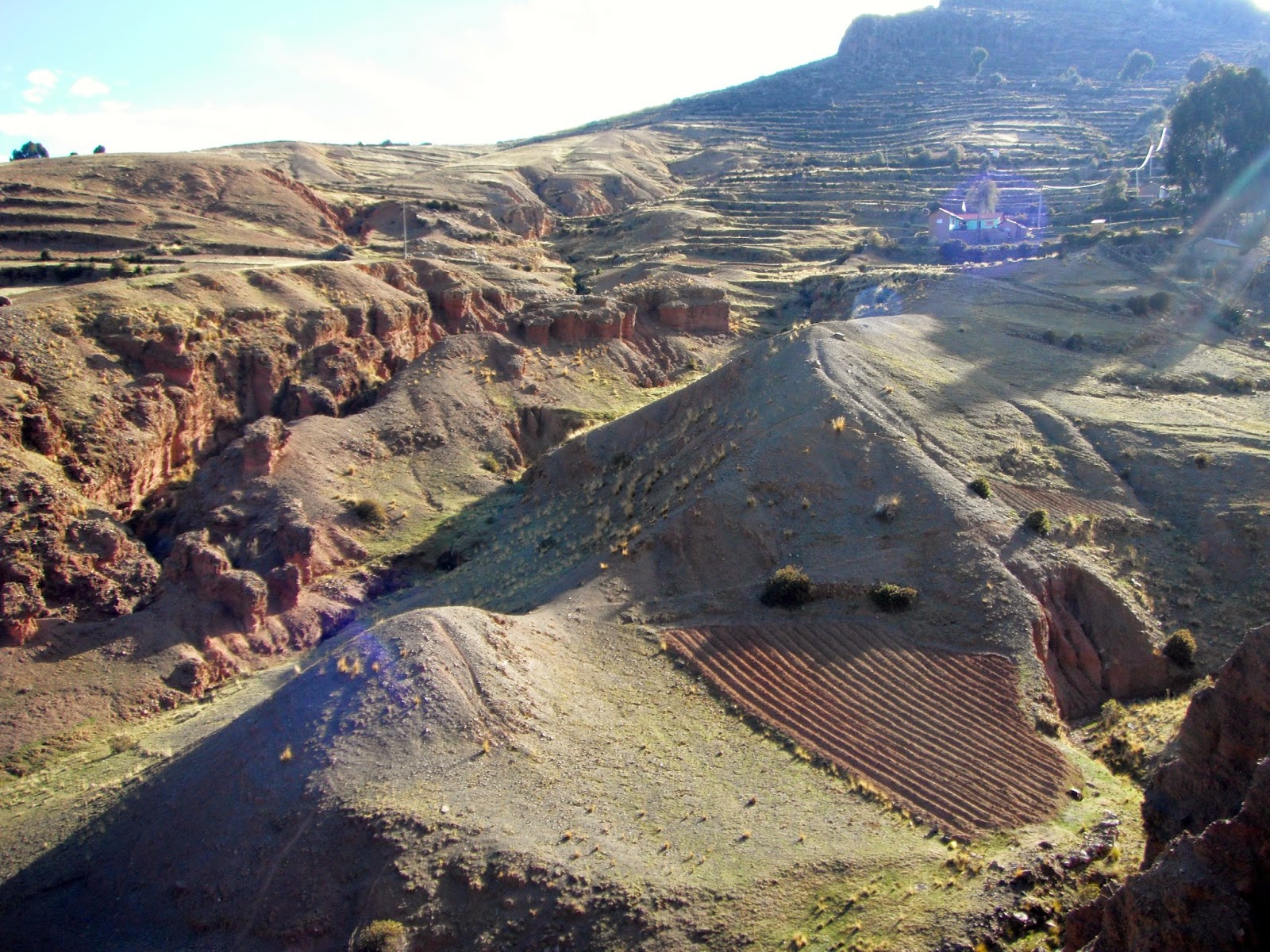 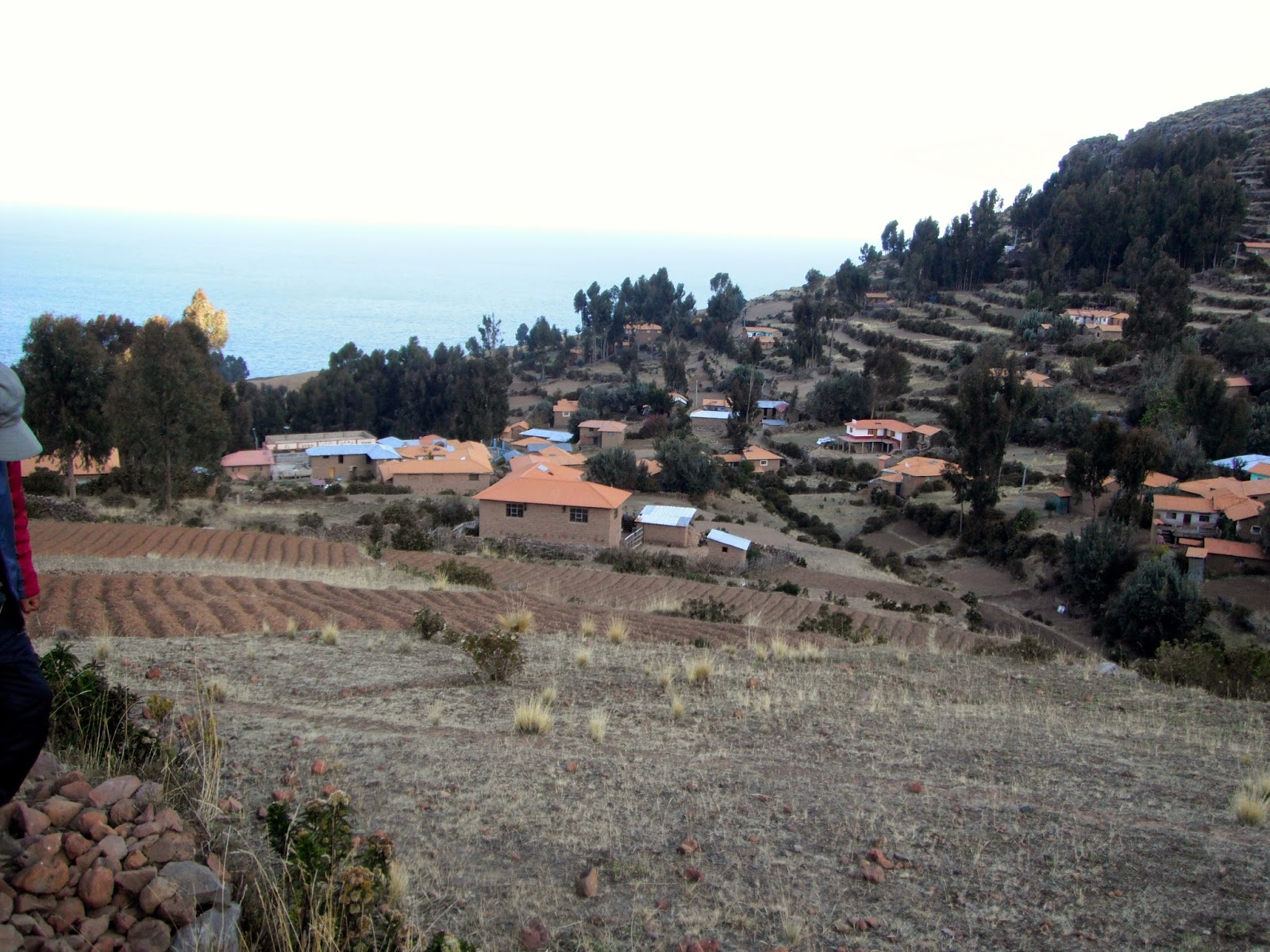 After lunch we had some time to rest before meeting with our guide who was going to take us on a hike up one of the mountains where ceremonial practices are held. There are two important mountains that the inhabitants use for their ceremonial practices: The Pachamama which means mother earth and The Pachatata which is the male equivalent, we were to hike up one of the shorter mountains...........I forget which of the two it was but I think the Pachamama was the shorter of the two. 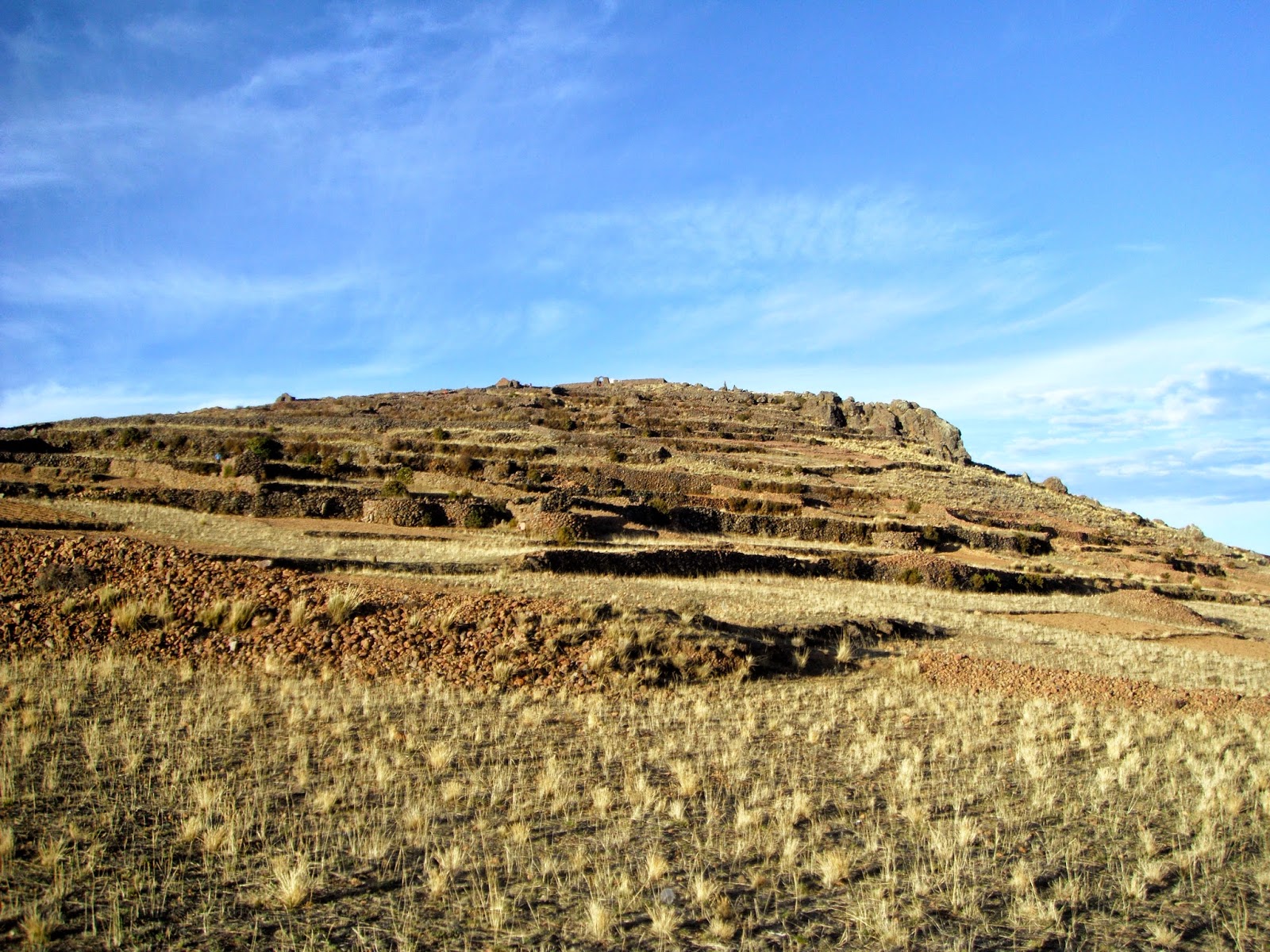 To be honest with you I was a bit intimidated with the hike because walking just a few steps I was panting like a dog and feeling out of breath so I wasn't sure how I would manage going all the way up. The guide was kind enough to get us some muña leaves which is what you see in the picture below, the locals have used it for hundreds of years to combat altitude sickness and help with respiration. 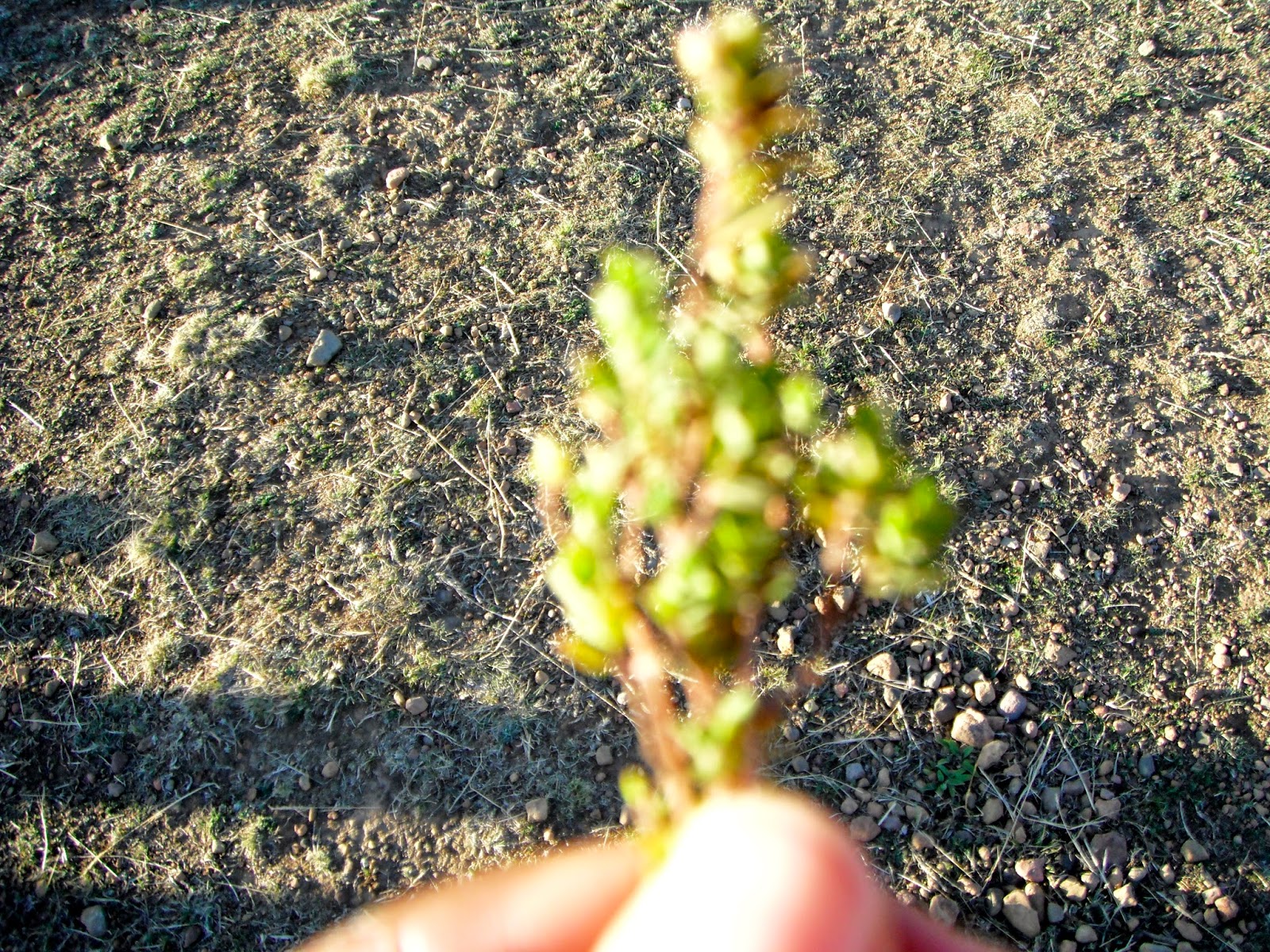 The guide explained that anytime you felt out of breath all you had to do was rub the leaves on your palm and inhale. That stuff really works I tell you, I was actually one of the first people to reach the top of the mountain thanks to the leaves, I was feeling energized and my breathing was back to normal. 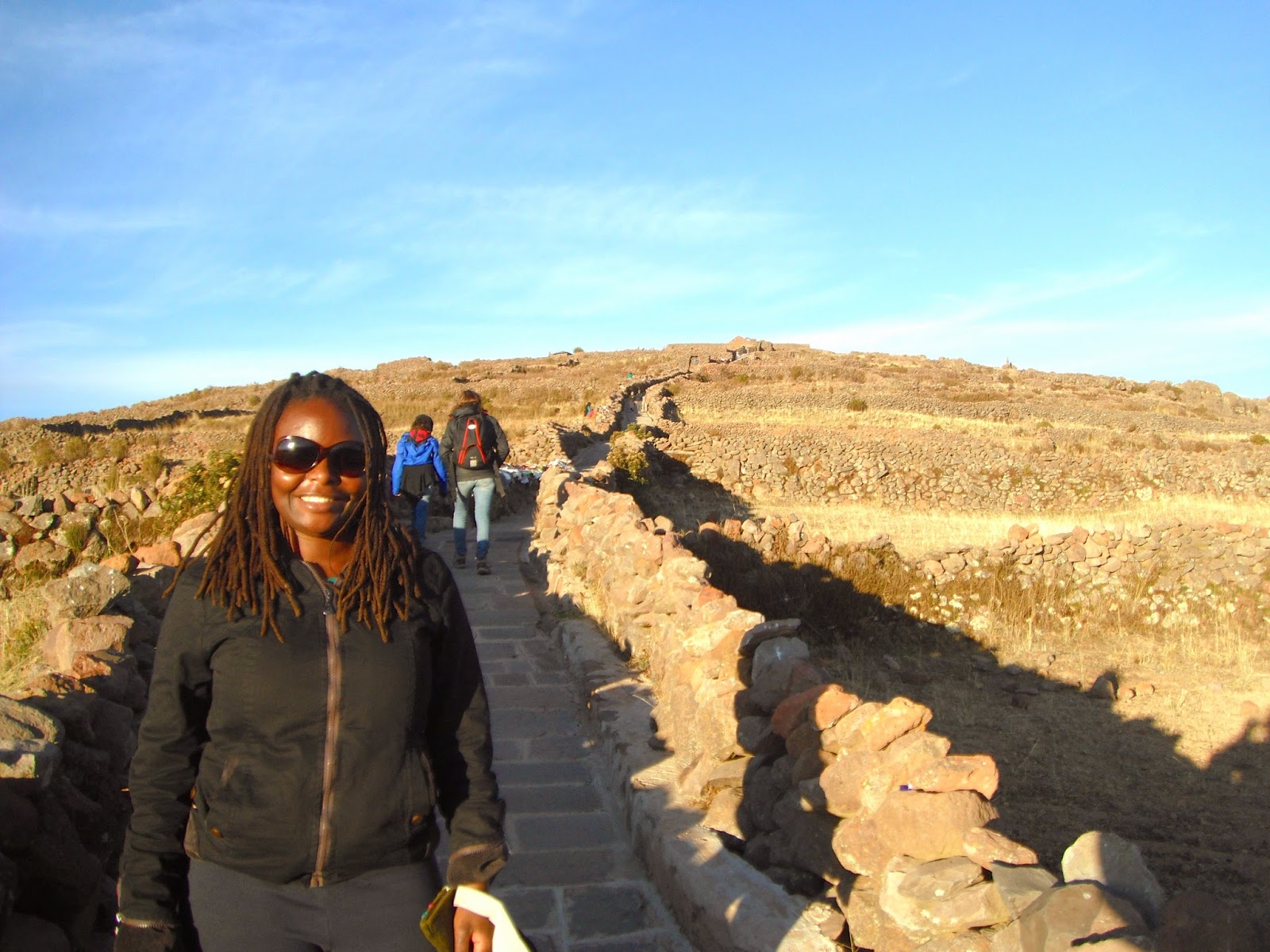 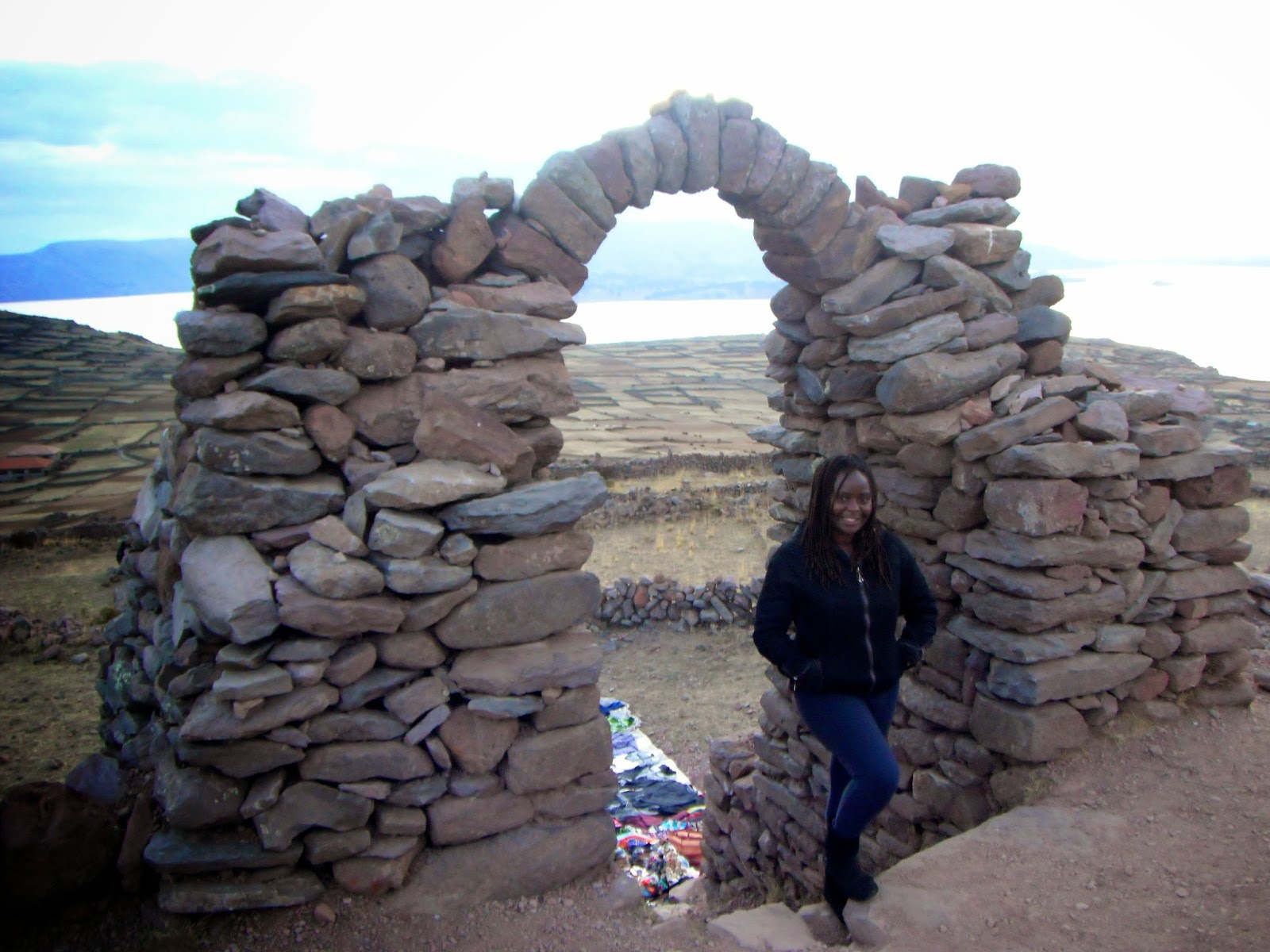 When everyone was assembled at the top we were shown this special area where ceremonies are performed and told that if we went round the area three times anti clockwise carrying a rock, our wishes would be granted if we threw the rock through a specified gate. Of course yours truly picked up a rock so fast and commenced circling the area. You had to make only one wish though, bummer! why couldn't it be 3???

We hang around the area for a while before it was time to head back to our respective homes for the night.

At the house we were served dinner which consisted of pasta and rice...........seems like the diet on the Island is carbohydrate heavy but you do actually need it because moving around the Island you need all the energy you can get! there are no cars so you best believe you will be walking all over the place and some areas are really steep.

That's it folks, after dinner I stayed up late chatting with the Colombian and Spanish guy and we had plenty of laughs before calling it a night. The next day early in the morning, we were to depart the Island. Unfortunately our local family was a bit more reserved unlike the other families so we did not interact too much with them as they kept to themselves and maintained a certain distance even when we tried including them in our conversations. Never the less it was a good experience and I have no regrets that I took this trip.

I have met truly amazing people during my trip overall, at least now I know if I am to travel to certain parts of the world I have free room and board.

Life on the Islands of lake Titicaca seems very quiet, peaceful and simple. It's actually an ideal life if you want to relax and take it easy but I can only stand it for a day.......okay, 2 days maximum and no more! I prefer city life.

At night it got so dark on the Island you could not even see your hand if you put it right in front of you.

I was very surprised when at the floating Islands of the Uros we visited one hut where there was a family living and I spotted a TV and radio. I asked the owner of the house if they function and he said yes, they have solar panels which they use to watch TV.

Knowing Spanish has made my life so much easier traveling in this part of the world. Within our group (the solo travelers) everyone spoke Spanish apart from the Hungarian-Canadian lady, at times I felt bad for her because she found it hard to join in conversations so I made sure to chat with her to include her. The guys were really nice and also tried their best to interact with her but the language barrier was not helping much.

The Spanish accent from Spain is totally different from the accent you will find in South America, speaking with the Spanish guy in our group it was sometimes hard to understand what he was saying so I would ask him to repeat himself on occasion.