Today I woke up with so much energy and decided to put it to good use by exploring some of the areas I had briefly been introduced to, on the Tokyo walking tour that I had taken on my first day in the city. My first stop was at the Asakusa Tourist Information Center where I got some very good tips on places to go and how to get there. The lady helping me spoke English and was super helpful, she kept telling me, "anytime you get lost please ask anyone and they will help you, ok?" she was so sweet and even informed me of an observation deck at the top floor of the building where I could get good aerial views of the city. I wasted no time in getting up there for a couple of photos before starting my adventures. 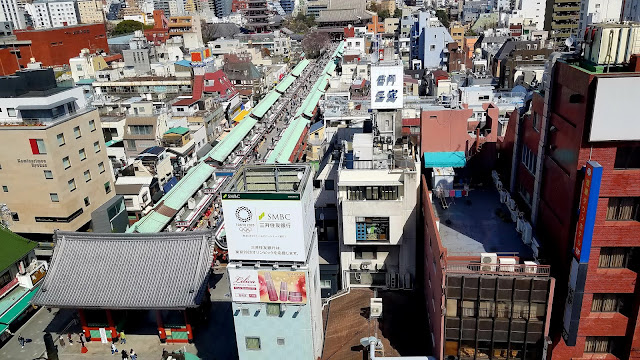 I used the subway to get to Shibuya, one of Tokyo's busiest districts that's famous for shopping, dining and clubbing. I don't know if I had mentioned this before but Shibuya is the birthplace of many fashion trends in Japan. I decided to start my exploration by visiting the Meiji Shrine, a Shinto Shrine honoring emperor Meiji and Empress Shoken who led the rapid modernization of Japan. Unlike the first time I had been here, today there were more crowds but it wasn't too overwhelming and I was able to peacefully explore the surrounding gardens at my own pace. 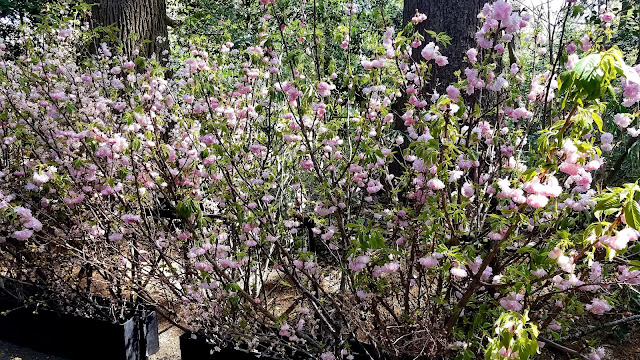 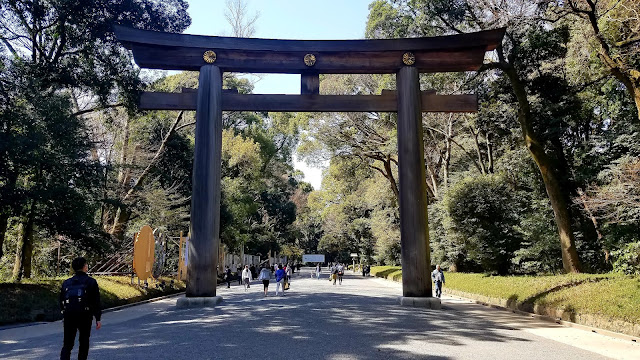 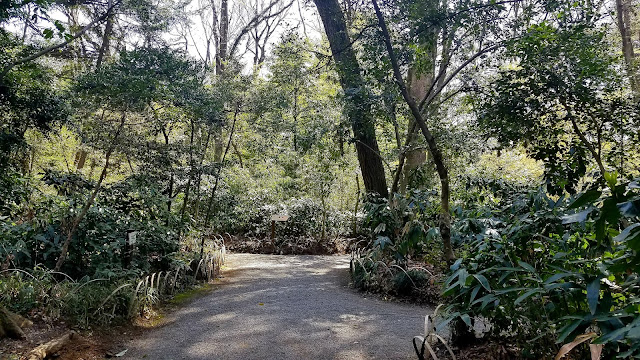 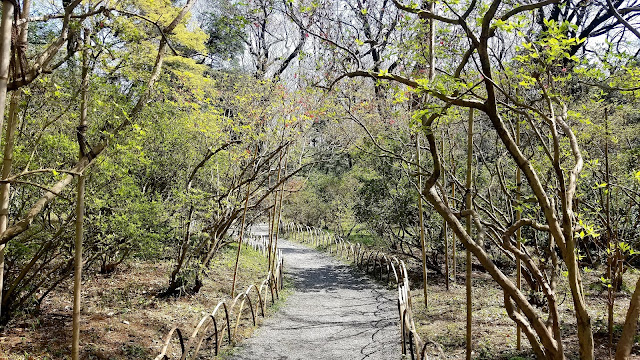 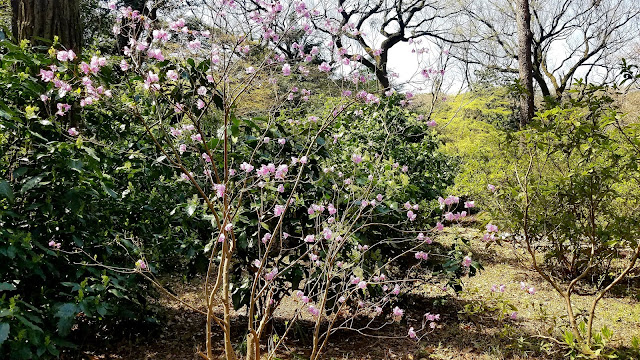 The very pretty barrels you see behind me are sake barrels offered by various sake breweries wishing to show their respect for the souls of Emperor Meiji and Empress Shoken. 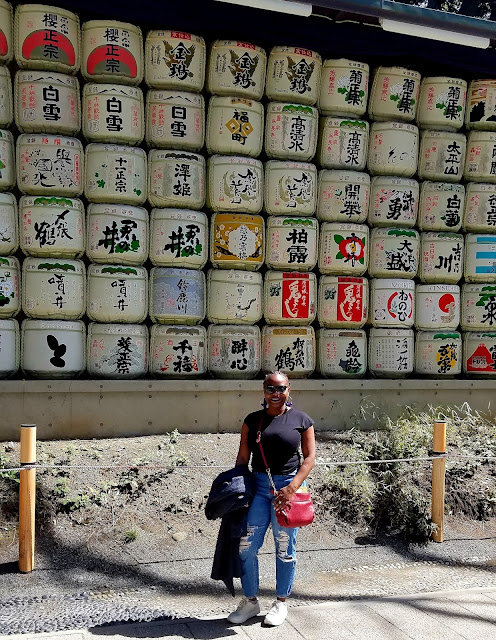 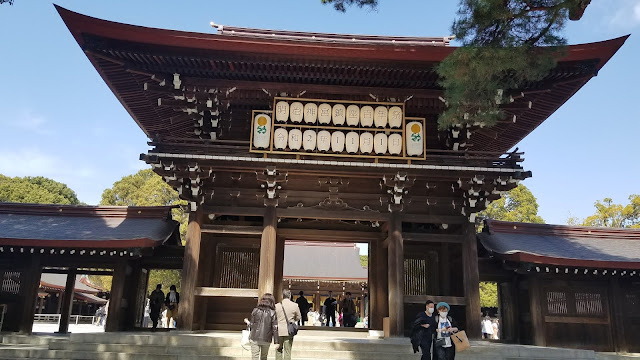 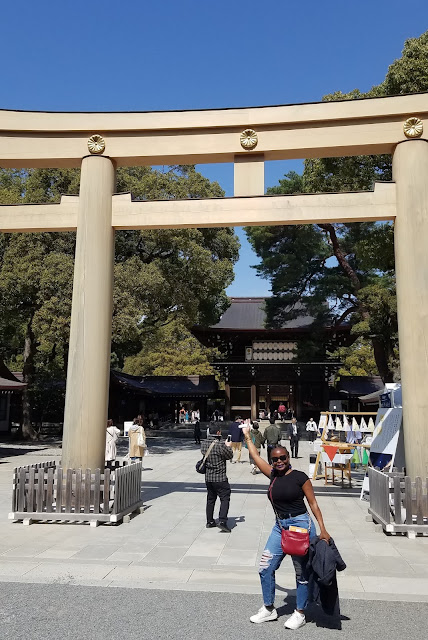 There is always that one awkward photo, Ooh! well, my lipstick looked great though! 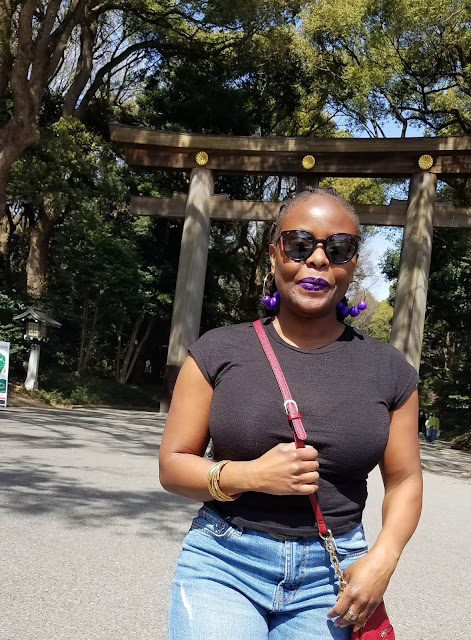 After having my fill of the Shrine and it's surroundings, I headed to Takeshita street which is said to be the focal point of Harajuku's teenage culture. I loved how vibrant everything was and it appeared more lively than the first time I visited, I especially enjoyed entering some of the quirky shops to look around. There were several Nigerian and Ghanaian men working along Takeshita and I struck a conversation with a couple who gave me an insight on how life is in Japan. They were helpful in recommending where to eat, hang out and gave me a bunch of other useful tips. 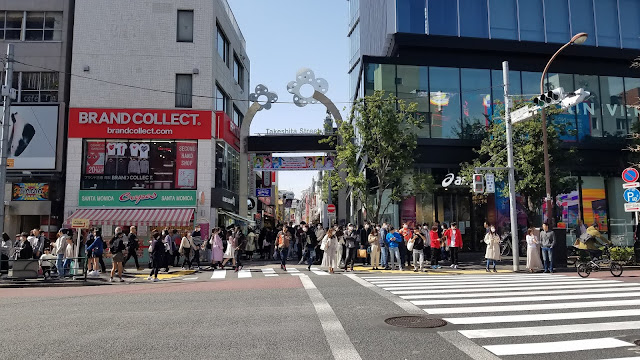 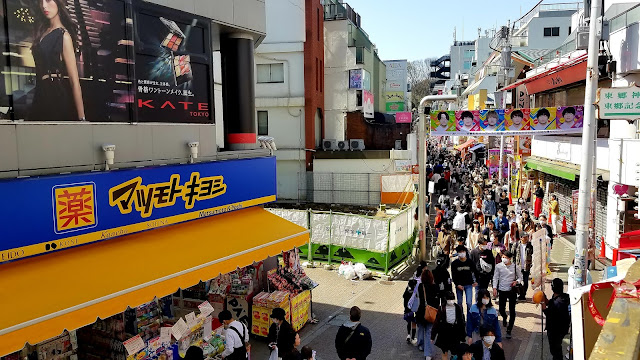 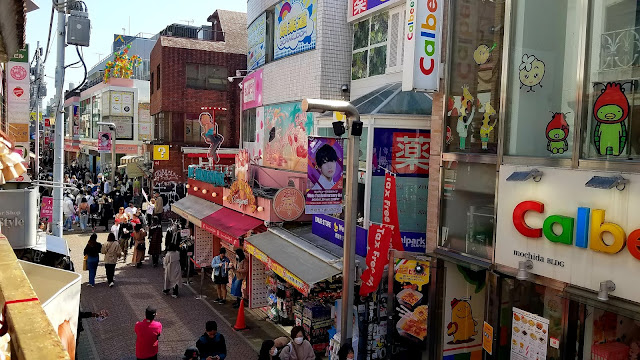 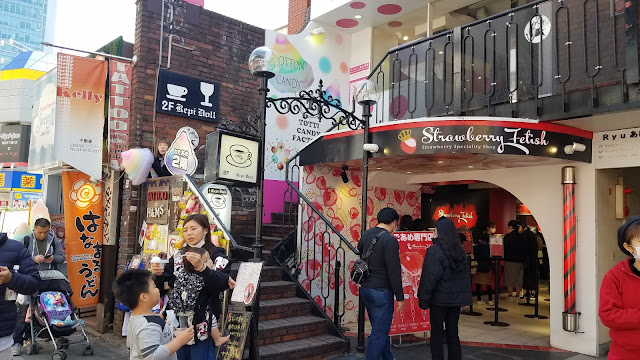 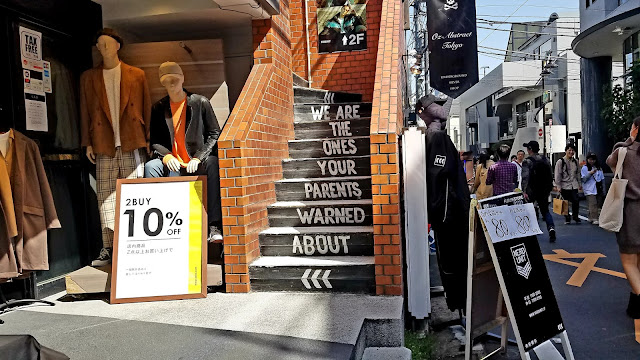 If you thought the photo below is of ice cream, you're mistaken. These are all crepes and of course I had to try one, very filling! 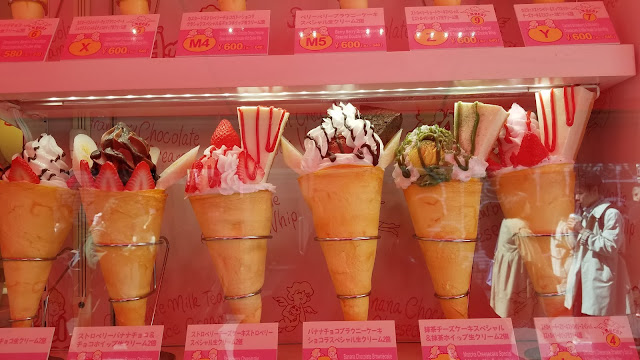 After getting a sensory overload at Takeshita, I decided to head to the nearby Yoyogi Park for a little bit of relaxation. Yoyogi is one of Tokyo's largest city parks where you can have a picnic, walk around the extensive grounds, catch a show or just chill out at one of the park's seating areas. 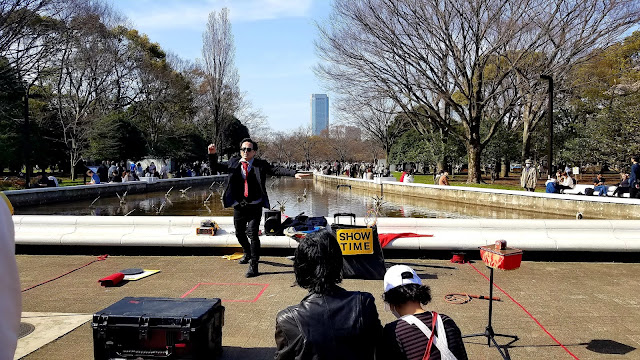 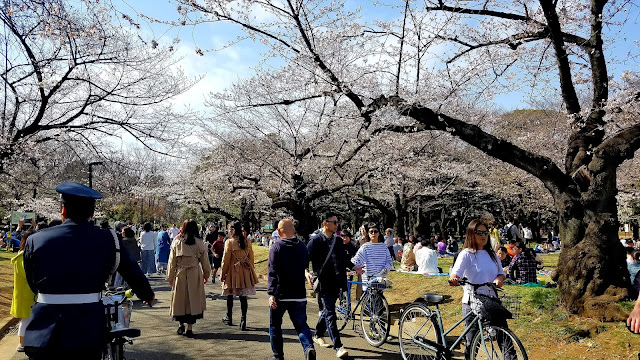 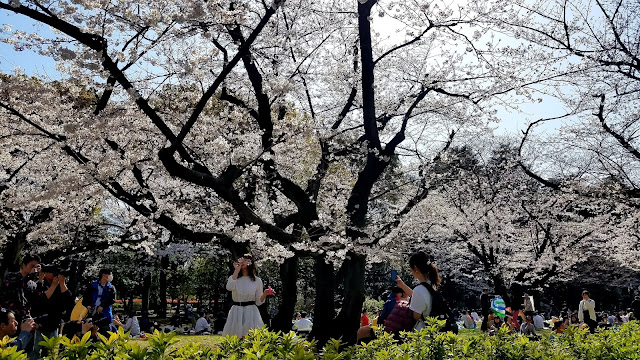 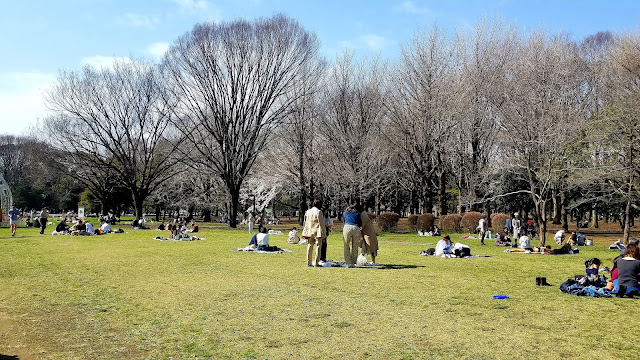 If you are lucky enough you might also witness a wedding photo shoot. 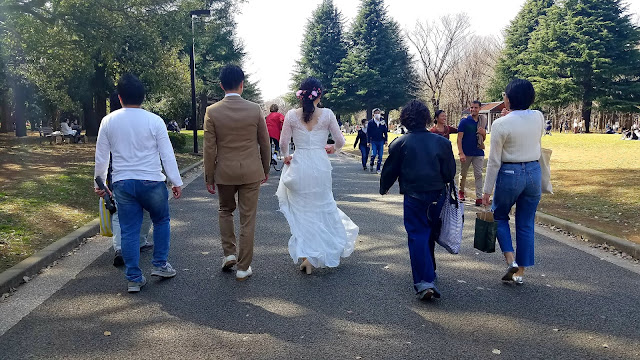 I got a good rest at the park and after I felt ready, I decided to check out one more spot before heading back to my hotel. I was determined to once again check out the purported busiest intersection in the world, Shibuya Crossing. A lot of articles online suggest going to the Starbucks in front of the crossing for a good aerial view so that's where I found myself and trust me, the place was packed! I had to be very patient to get a good spot to take a good photo of the crossing. 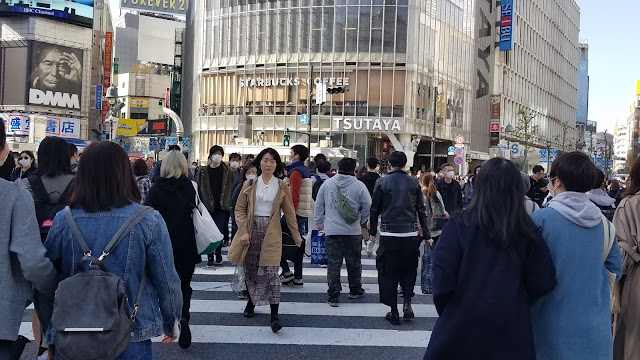 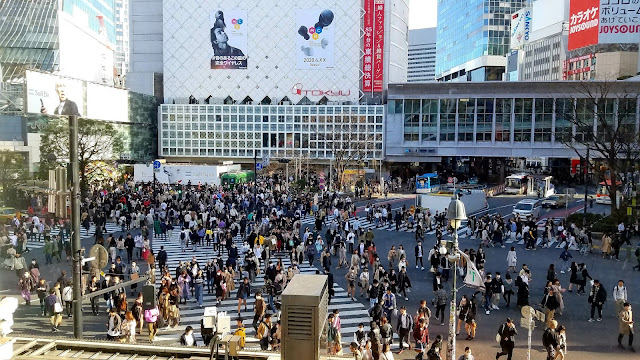 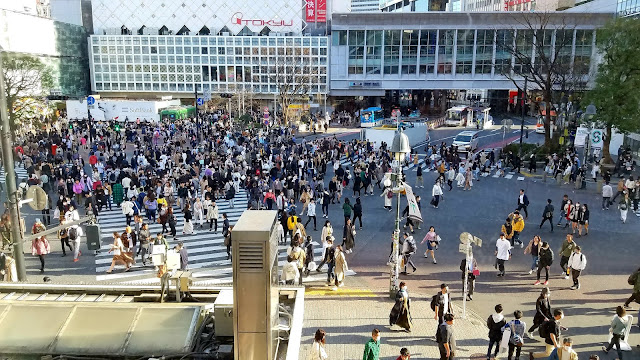 Feeling accomplished after getting my photos from Starbucks, I decided to explore the surrounding streets which were full of stores. 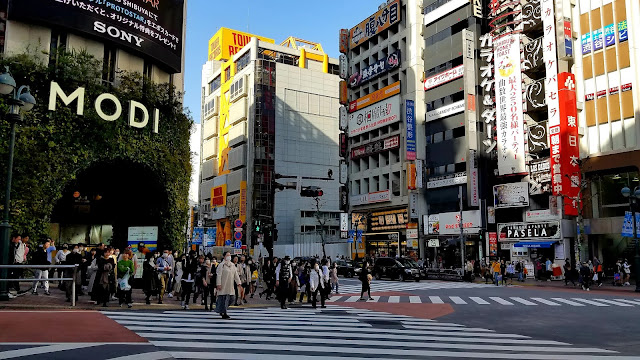 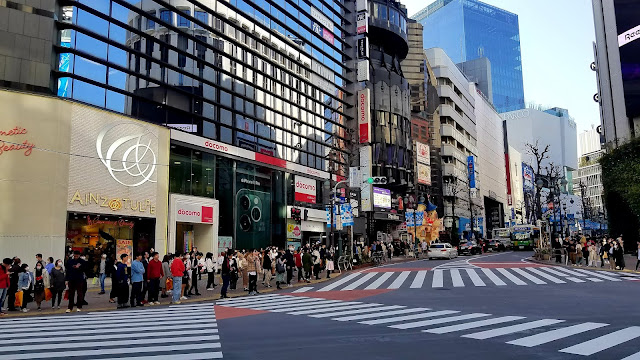 Thankfully I remained disciplined and didn't do any damage to my wallet. My feet were aching and I was feeling really tired so I decided to call it a day but not before taking one last photo of Hachiko. Hachiko was a dog that journeyed everyday to Shibuya station to wait for his owner's arrival from his daily commute from work. One day the owner did not come back from work because he had died but the poor dog continued his journey to the station. The dog became a symbol of loyalty and this statue was erected in his memory, it also serves as a meeting point for many of the city's residents. 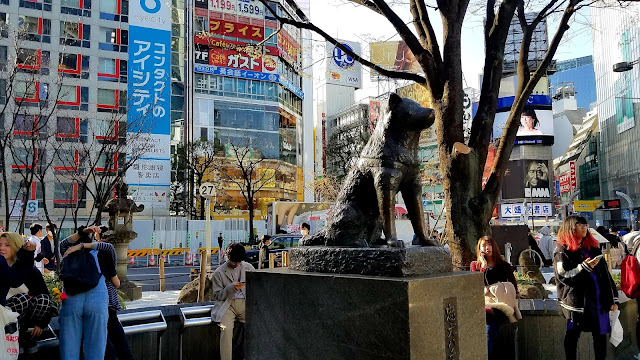 That's it folks! I felt very accomplished today and my feet can testify to that, I am getting the hang of Tokyo and getting more comfortable with moving around using the metro. I can't wait for more exploration tomorrow.

I am always a bit scared of  getting lost in any city that I am not familiar with but I don't feel the same here in Tokyo, as long as there is a train station nearby I can always find my way to wherever I need to go and also people have been very helpful whenever I asked for direction.

The train system here is very extensive and can be confusing for a newbie but there is always an attendant at the various gates ready to assist. I am never shy when it comes to asking for help so if I get confused I just approach one of the attendants for assistance.

Here is a fun fact, years ago prior to moving to South America I had planned to move to South Korea to teach English. Japan had actually been my first choice (I went through a phase where I was really into the Japanese culture) but at the time South Korea seemed to be the easiest option so I settled on that. I did my research thoroughly and was prepared for the big move but unfortunately it did not work out and I was crushed. Now being here in Japan I can't help but wonder how things would have turned out had my plan gone accordingly, hmm?! anyway, no complaints here because my move to South America brought a lot of good to my life.

While I was in Shibuya I came across this one store selling a famous Japanese shoe brand. Their shoes were cute but pricey and I just wanted to check them out without buying. The attendants were very helpful and I felt so guilty that I had mentally decided I was just going to close my eyes and have them swipe my card because it would have been a shame to leave the store empty handed after having been attended to so graciously. Luck was on my side today because the guy helping me asked if I had my passport so that they could scan it in order to waive the 10% tax on the shoes. I told him I never walk around with my passport so I did not have it. I grabbed that opportunity for what it was and feigned great disappointment at not having my passport, the guy understood and I got out of that store real quick! he was even asking if he should hold the shoes for me but I told him I might not make it back. Phew! saved by my passport, those shoes were expensive and this girl has a tight budget.

Although English is not widely spoken here, a lot of Japanese from what I have been informed do understand the language because it's taught in school, but may be too shy to speak it for fear of making a mistake.