Today I travelled from Tokyo to Kyoto by shinkansen bullet train which is the fastest train in Japan making it so convenient to visit other cities in the shortest amount of time possible. According to their website these trains reach a speed of 320 km/hr (199 mp/hr). That's better than a bus any day and the ride is so smooth and comfortable, you hardly feel it. 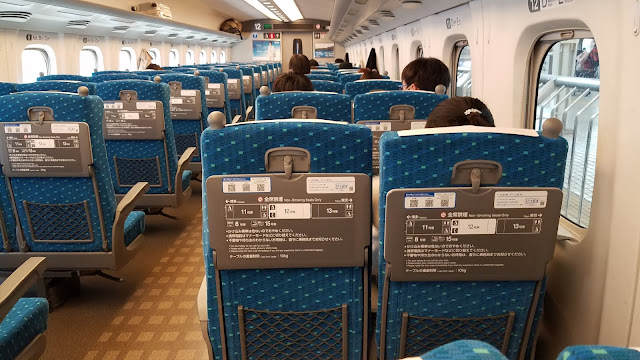 I arrived in Kyoto within 2 and a half hours (by bus the trip would have taken 7 to 8 hours) and took a taxi to the guest house that I am staying at. The weather was cold and rainy and part of me just wanted to stay in my warm cozy room but the adventurous part of me forced me out of the room to go out and explore. I had to bid adieu to this cute cosy place and go out into the cold world (dramatic much?). 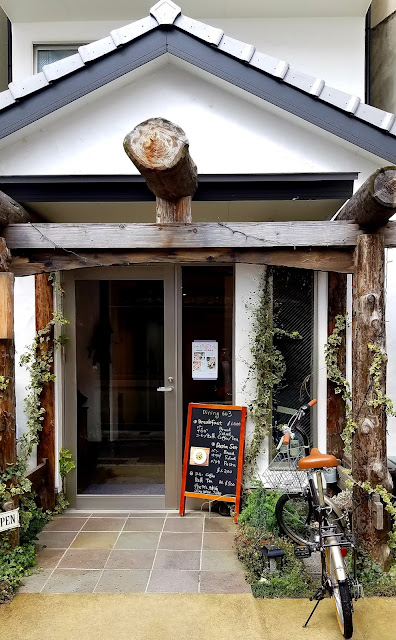 The guest house I am staying at is located in a quiet residential area that's not too far from downtown. I wanted to explore the neighborhood and get my bearings and as I went along I took photos so that I would remember my route when coming back. Let's just say all the streets look the same and it was hard to distinguish one from the other, but I managed to get some that had something distinctively different that would remind me of my route. Despite having a map, it was hard making out some of the streets because their names were written in Japanese and who I'm I fooling, unless the map is super simplified I never can make my way using one. It is what it is people, my sense of direction is just nonexistent but I manage the best way I can.......asking strangers along the way for directions. 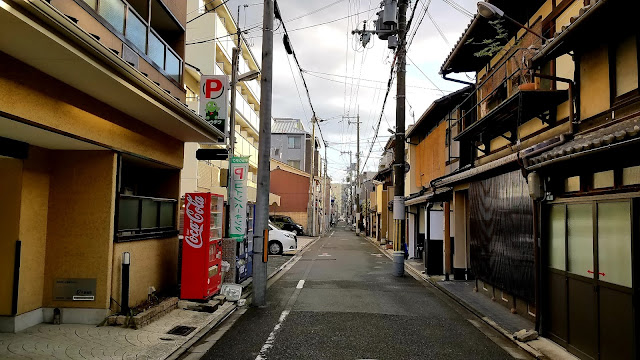 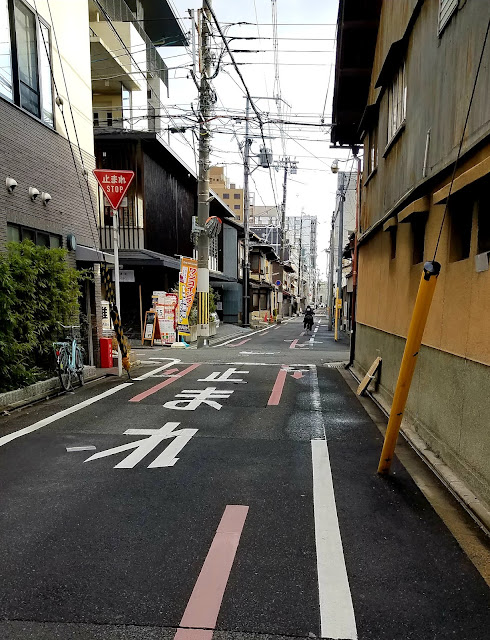 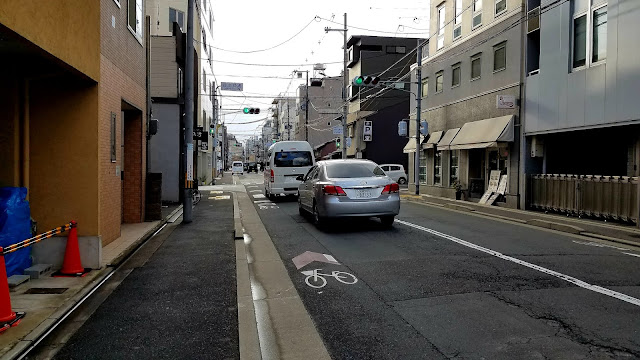 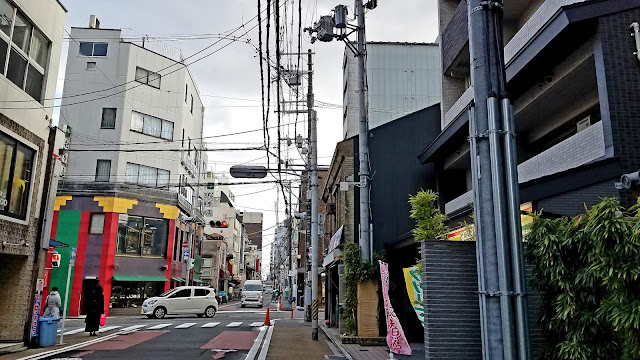 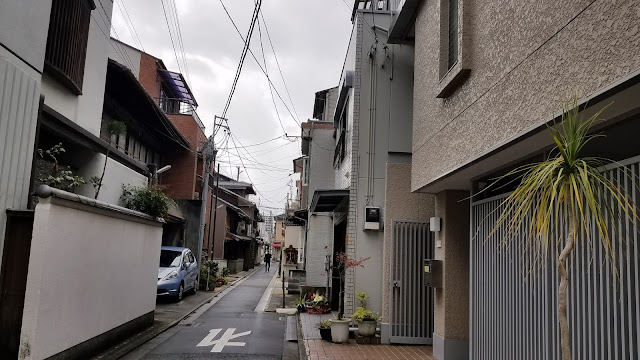 I finally made my way to downtown where I walked around, stopped by some shops and just took in the sites. I had underestimated how cold it was going to be and my coat and sweater were just not cutting it, have you ever been so cold that you get a headache? yup! that was how I felt, maybe the headache was stress induced, stressed by how cold I felt. I honestly stopped inside some of the shops just to warm up for a little bit before going out again into the cold. I felt miserable and all I wanted to do was go back to the guesthouse and get in bed with some snacks while watching my shows online, which is what I did but not before taking some photos of downtown. 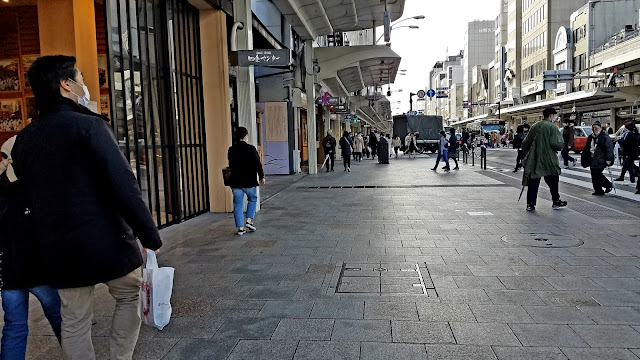 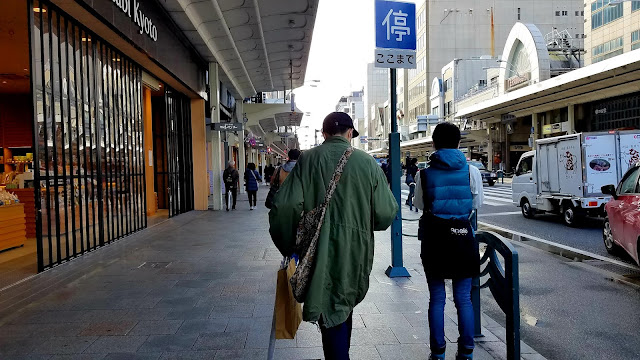 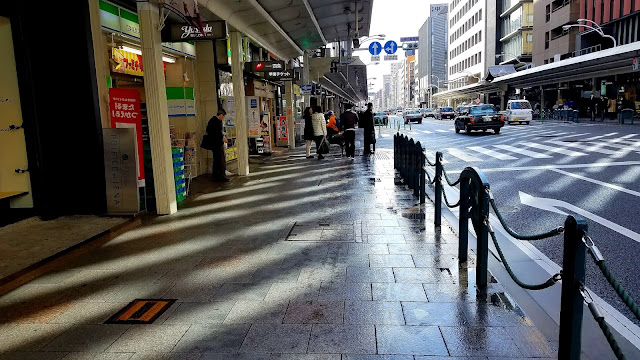 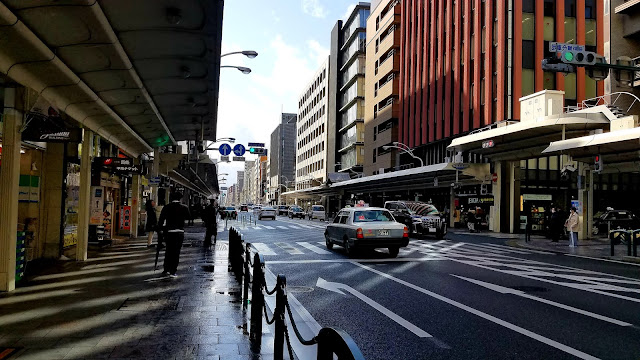 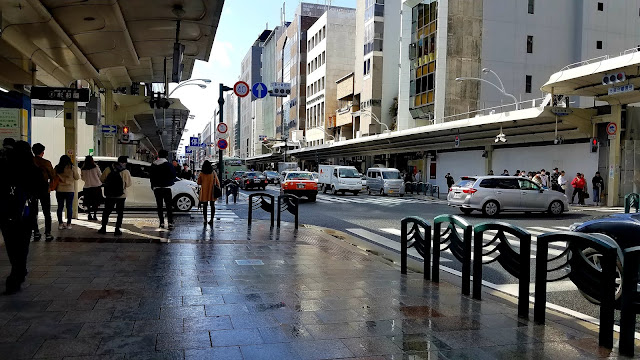 That's it folks! I am in a warm bed, covered by the warmest duvet possible and the heater is on high so you know what that means, sleep is knocking and I am ready to answer. Tomorrow I will have more adventures to update you on so look out for the next update.

It's amazing how clean and very organized Japan is, maybe I should say Tokyo and Kyoto because those are the two cities I have visited so far. I am sure it can't be any different in other parts of the country, I am loving it!

You should see the subways, they are super clean and so are the trains. Plus no one makes noise and you can actually ride the train in peace. Speaking of subways, its actually not as complicated to ride them here as I initially thought. Once you know your line then everything is pretty straightforward plus they announce each stop in english as well so you can't get lost.

I don't even understand why I was so intimidated to visit Japan, the people are super polite and have been very helpful when I needed help.

People here are small and this is coming from someone who is 5'0. As I was walking around downtown it just occurred to me that majority of those around me were on the same eye level as me and some were even shorter than me. Of course there were some who were taller but not by much.

Another observation about people here is that they don't stare which is actually a welcome relief given that I stand out. I have been able to move around comfortably without the uncomfortable stares that I get from people who are not used to seeing someone that looks different from them.

It's amazing how many shops I stopped by today looking for a sweatshirt or sweater to add on as an extra layer for warmth. None was carrying any, I swear the one time you need something the most is when you can't get it. Silly me I had taken out some sweaters that I had packed in my luggage because they were bulky and took too much space. I figured the weather here wouldn't be as cold but I was so wrong, I just never learn when it comes to packing appropriately.