I am currently in Toronto for the annual Caribana Festival which is a celebration of Caribbean culture and traditions. It's held every summer in the city and is considered the largest street festival in North America. My trip here was very serendipitous actually, I honestly had not planned on traveling to Toronto but one day I was having a conversation with an acquaintance and she mentioned that she has family in Toronto so we started talking about the city, I brought up Caribana Festival and we both agreed that it would be so cool to check out the city especially during the festival, the conversation ended and I didn't think much about it until one day when I was bored at work.

On a whim I decided to google Caribana to check out pictures and read more about it and my curiosity got piqued, it looked like so much fun. I checked out flights to Toronto and they were amazingly economical that I would easily be able to cover a direct round trip with my accumulated Delta airline points (I love Delta by the way!). As I was contemplating on whether to travel or not, I started chatting with one of my Colombian friends from Cali who had since moved to Toronto. Now get this, before I even mention my interest in visiting she tells me all these amazing stuff about Toronto and tells me, "if you ever decide to visit you can come stay at my place and I will show you the city. I live very close to downtown so there is plenty to do nearby." Can you believe this??! its like the stars were aligning in my favor! I did not hesitate at all, my decision to travel to Toronto had been sealed and here I am now! exploring this city and seeing what it has to offer aside from Caribana. This is what I have been up to so far....

Completed in 1976 and was known as the world's largest tower until it was over taken by other towers in other parts of the world. It's Canada's most recognized icons and for a price you can go up the tower to get amazing aerial views of the city. The ticket price depends on what observation level you want to get to and how long you want or don't want to wait in line to get to the top. You want my honest opinion? it's so.............NOT worth it! I mean it's interesting to have an aerial view of the city and all but would I pay to do it again? nope! this is just my opinion. 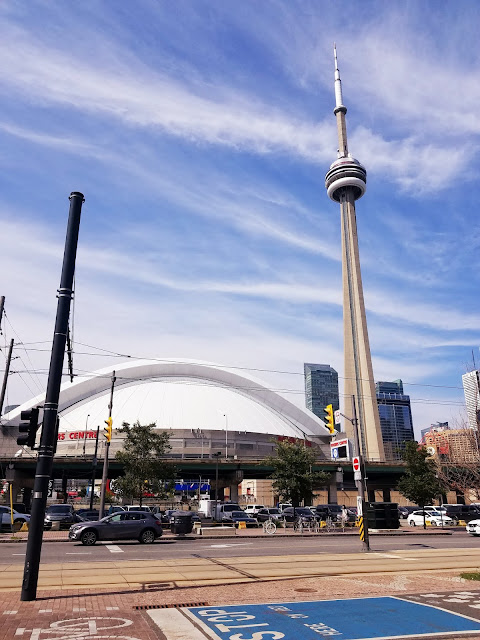 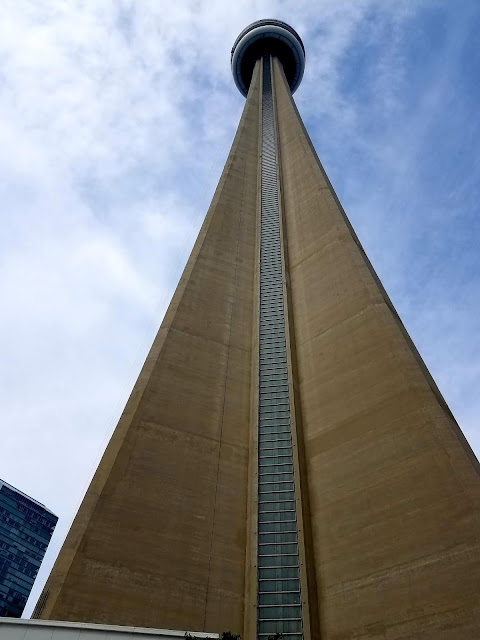 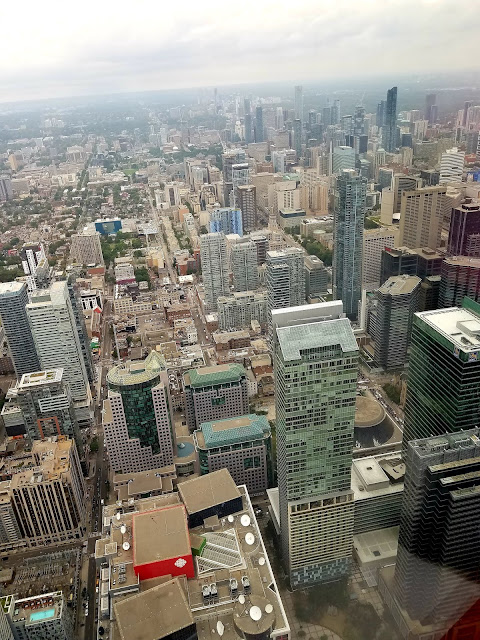 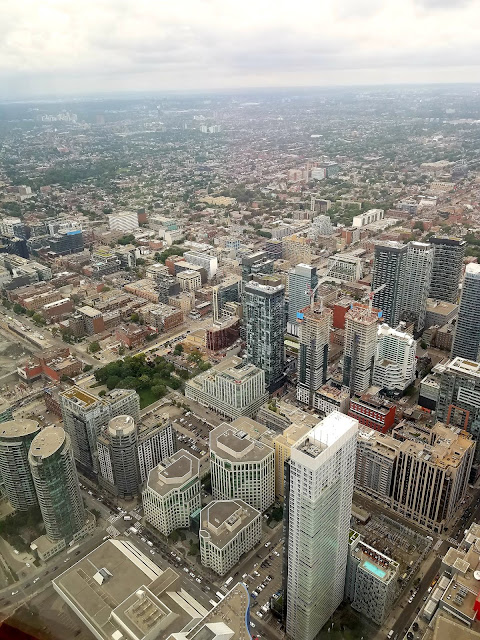 Easily accessible from the CN tower, you can take a nice walk along the harbour admiring the sorrounding views and if you so desire you can get on one of the many Tiki Taxi boats for a ride around lake Ontario. 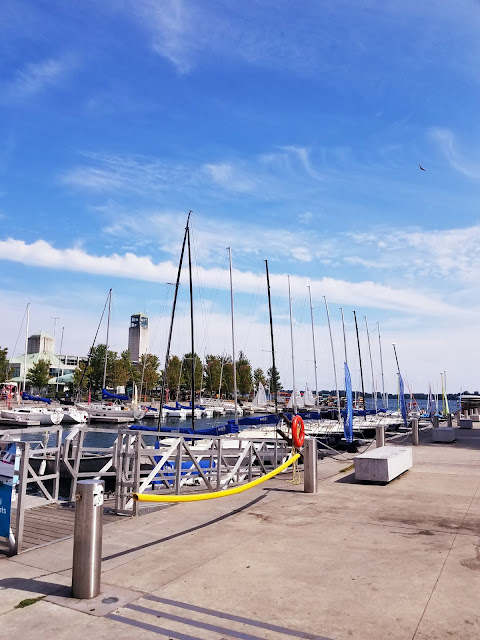 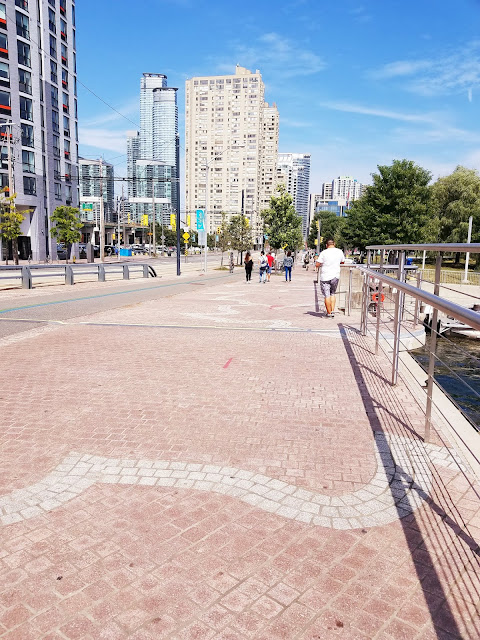 This is Toronto's most diverse and vibrant neighborhood which is worth a visit. There are plenty of restaurants offering different types of food and cute interesting shops that are cool to check out. I really enjoyed the vibe at this place and it reminded me so much of New Orleans and San Francisco. 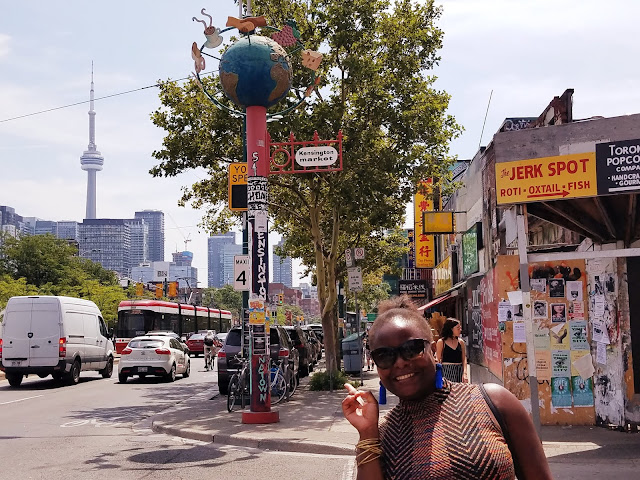 With my Colombian friend Edna, re-united after 4 years. Such a sweetie! 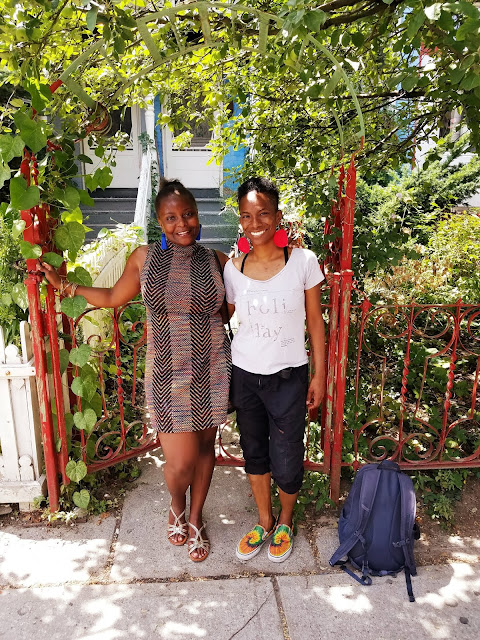 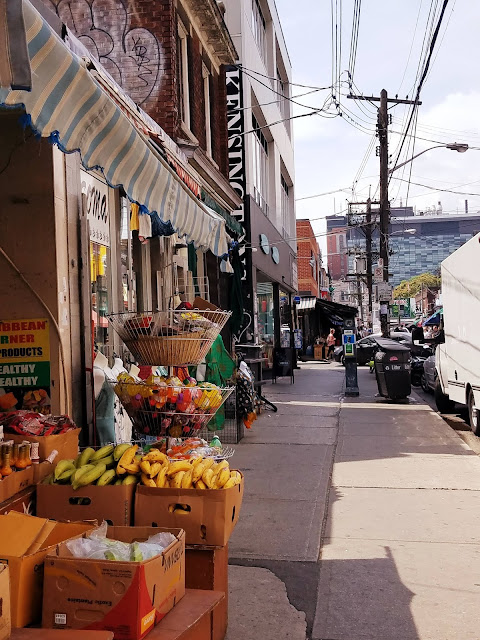 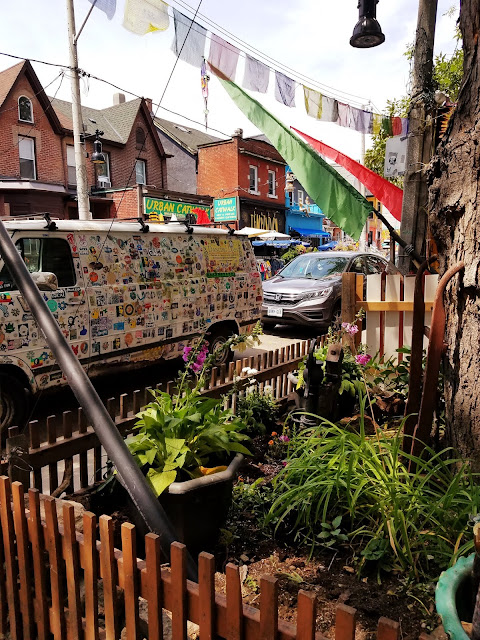 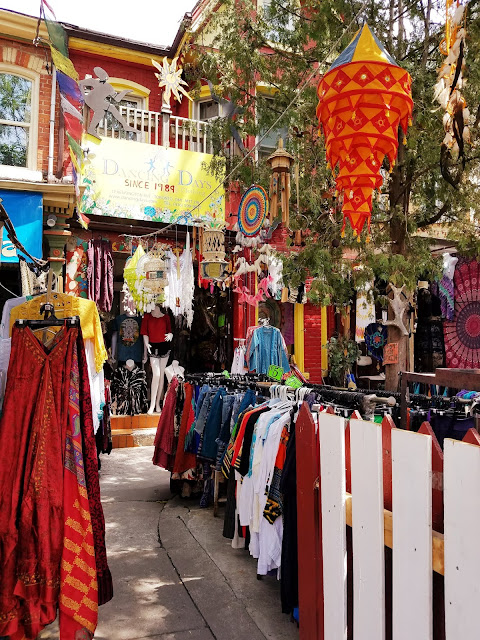 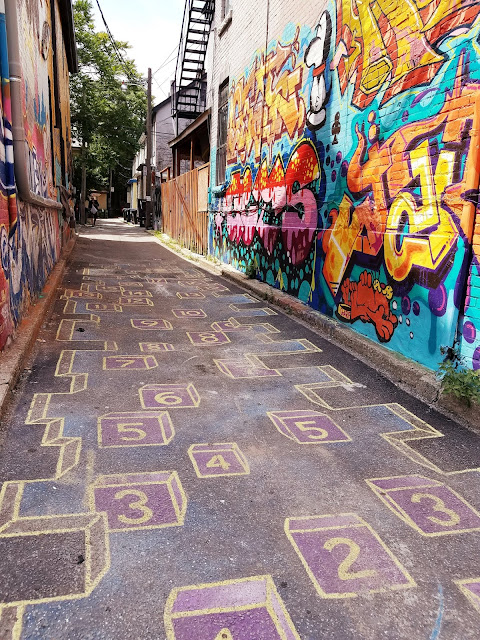 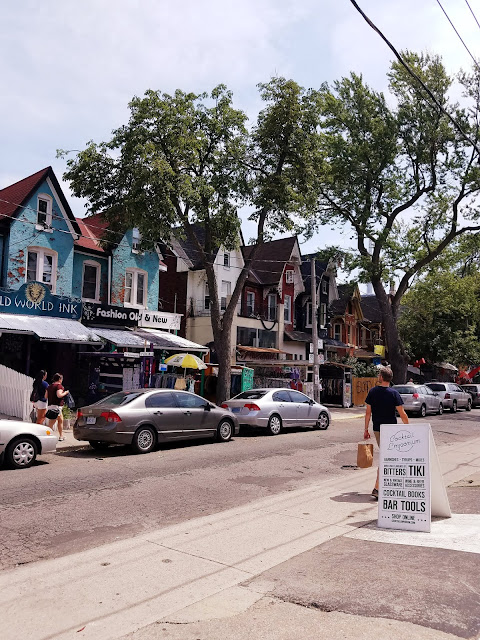 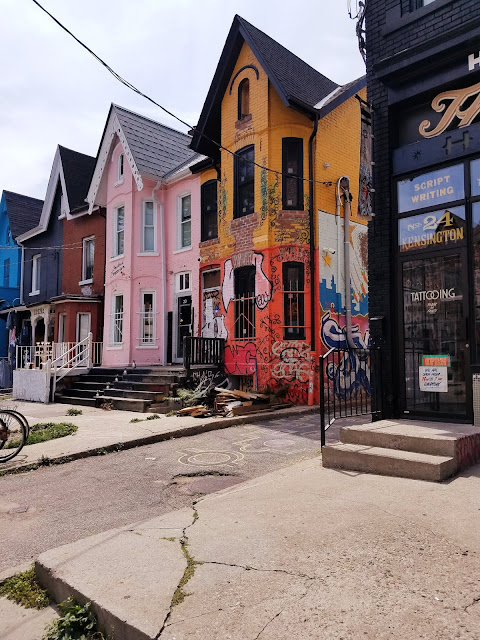 What can I say? China Town is China Town wherever you go, expect to see lots of Chinese restaurants and shops. If you want stuff on the cheap, this is the place to go. 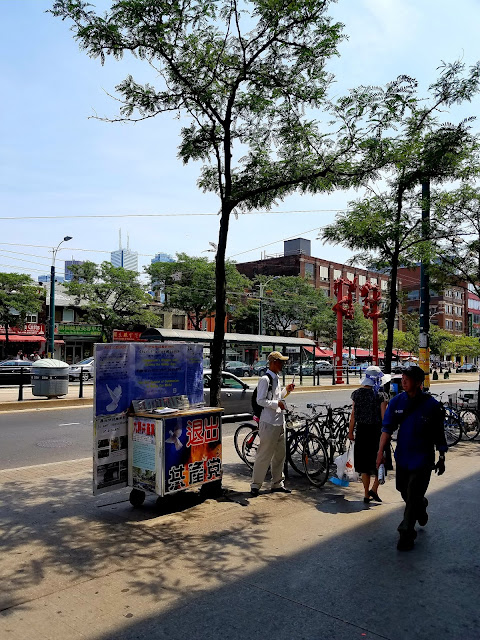 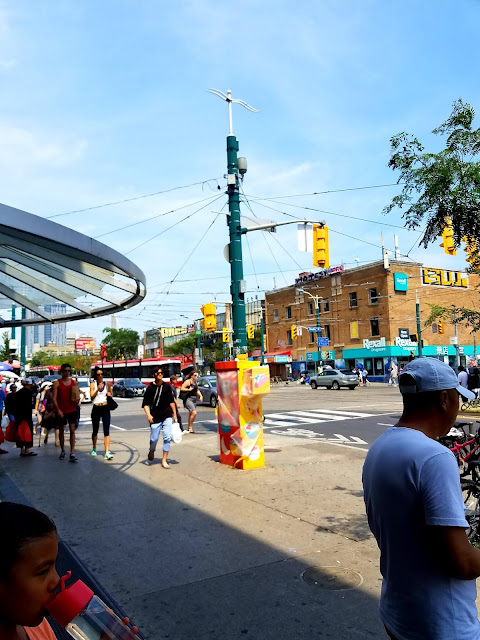 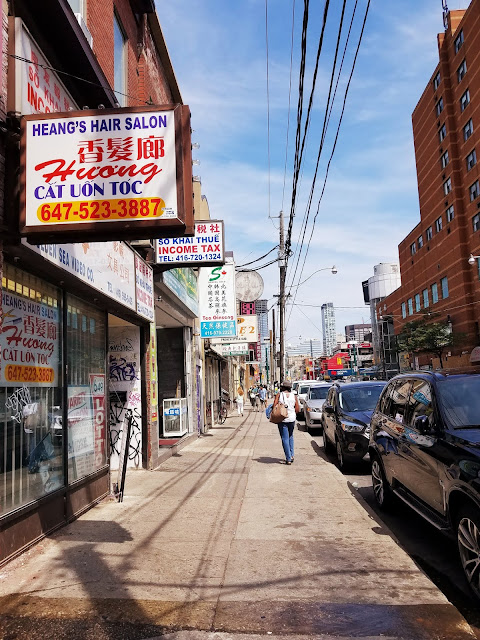 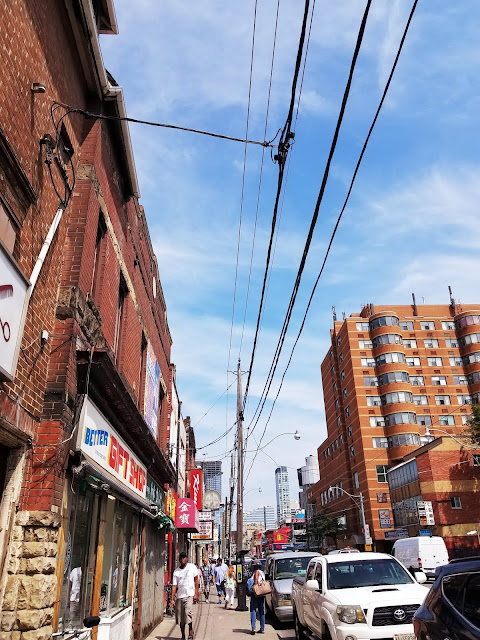 Built between 1911 - 1914, it's one of Toronto's top tourist attractions and the only castle that exists in the country. I can't say much about it because we didn't get to go inside (there was a long line waiting to get in and I was just not that interested in waiting). We took some pictures and didn't linger for long but at least I can say I visited. 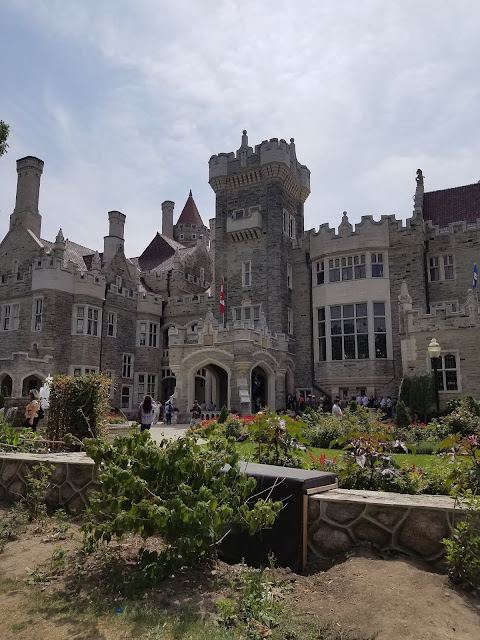 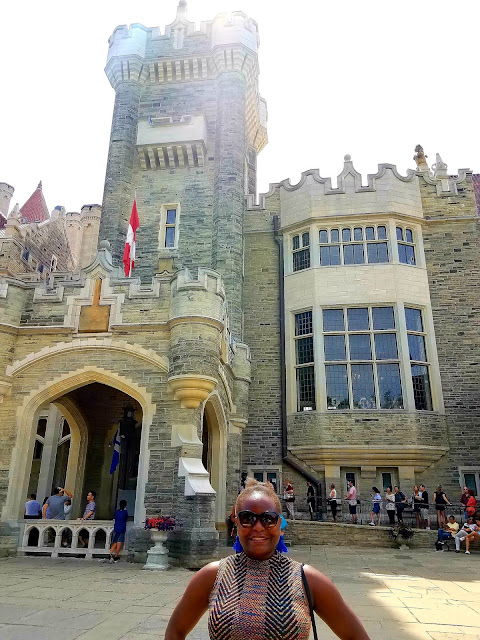 That's it folks! I am super tired and I am even surprised I got this far, talk about dedication! tomorrow is another full day of touring and I need to recuperate after the long busy day I had. Do check back later for more updates.

Email ThisBlogThis!Share to TwitterShare to FacebookShare to Pinterest
Labels: Canada