I know I went a little MIA after the last post but this is the first time I am actually getting an opportunity to sit down and write an update on my Caribana experience. As I had mentioned before, Caribana is a celebration of Caribbean culture and it's been dubbed the largest street festival in North America, with this being said I was pretty excited to experience this event. The festival did NOT disappoint! it was fun!!!!!!! from the colorful costumes to the lively music and the general cool vibe of the people, everything was amazing. People turned out in droves and the mood was festive all around plus everyone was so friendly........at least everyone we interacted with. My friend Edna and I had the time of our lives and the best way to show you are through the pictures we took, I will let them do the talking......enjoy! 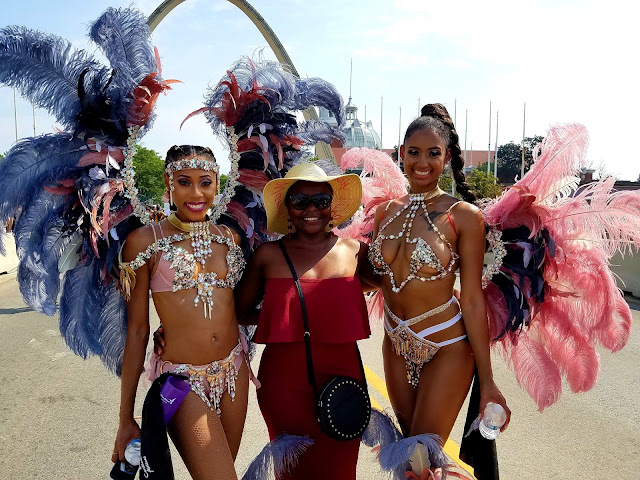 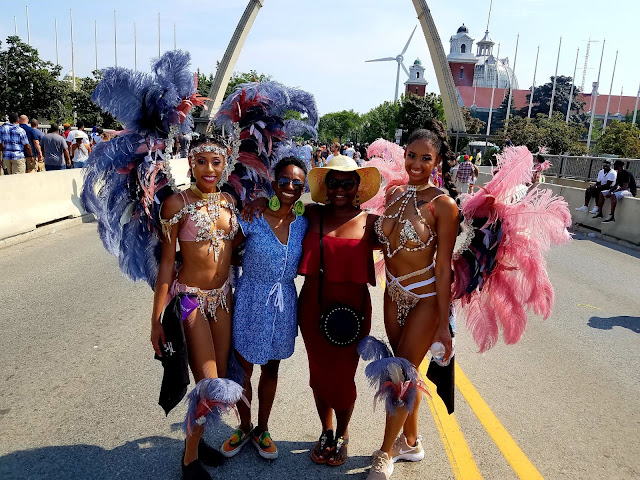 As you can see below, it was packed! from the picture you can't really tell but people had formed lines to buy entrance tickets. There was a street parade which was free but the party area where the parade ended had a cover charge of $25. 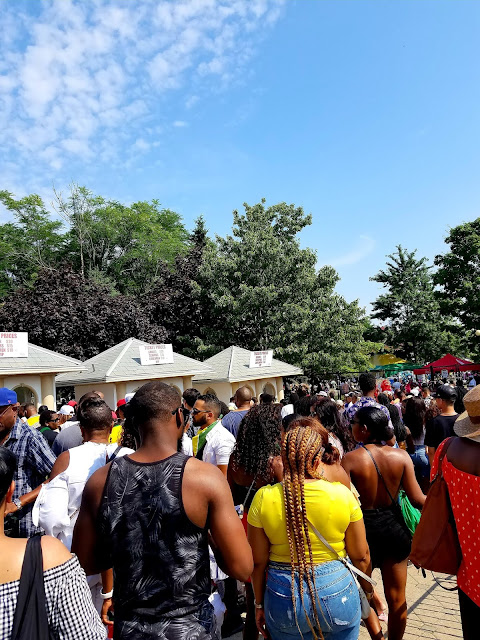 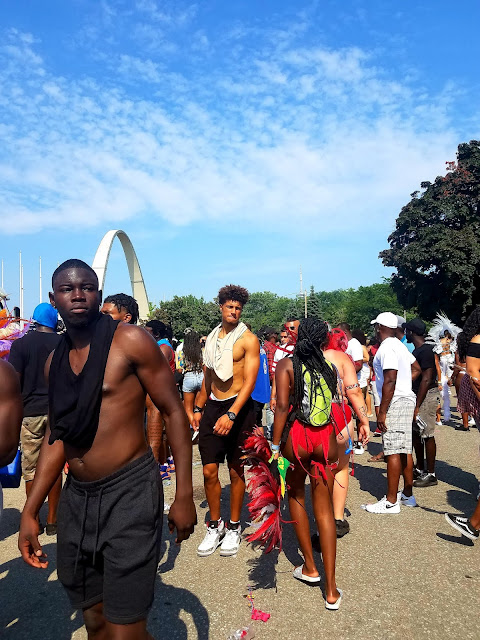 There was a lot of bumping and grinding going on. I swear all you had to do was bend over and some random dude would be on you like white on rice! Edna was joking that we should be careful not to drop anything just in case we end up pregnant.....funny! 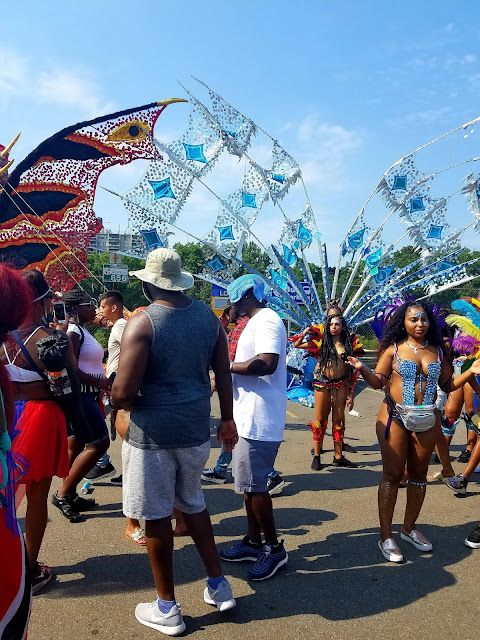 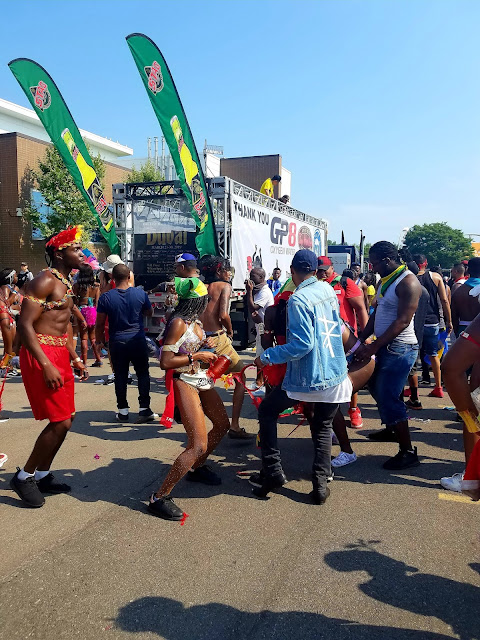 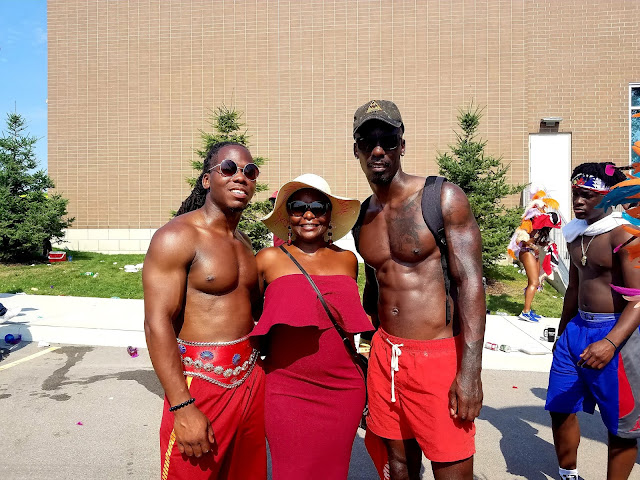 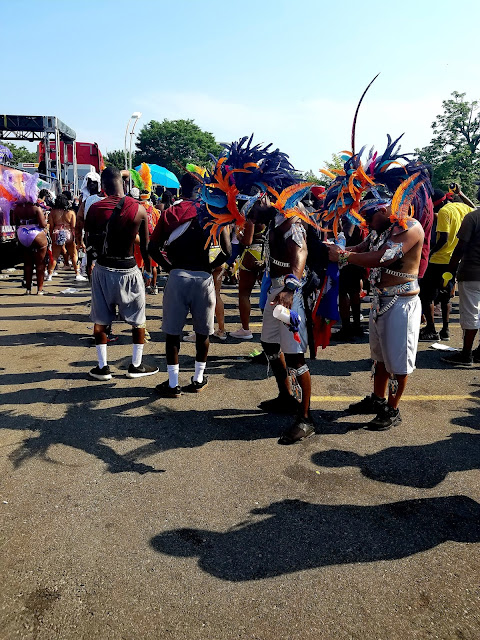 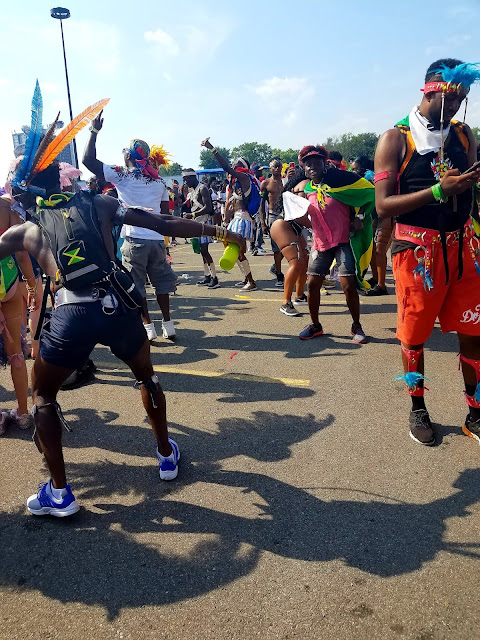 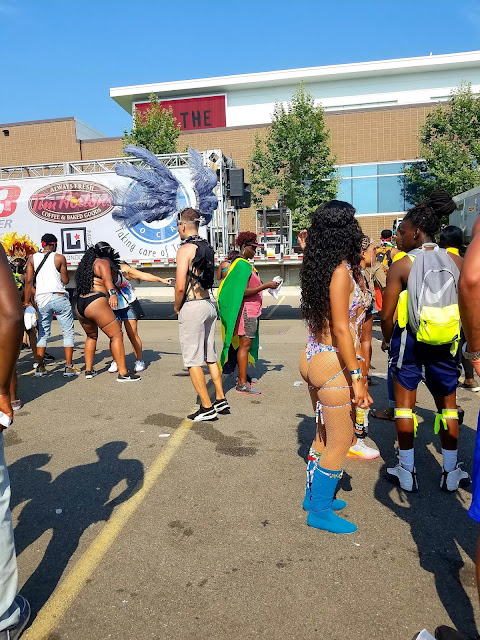 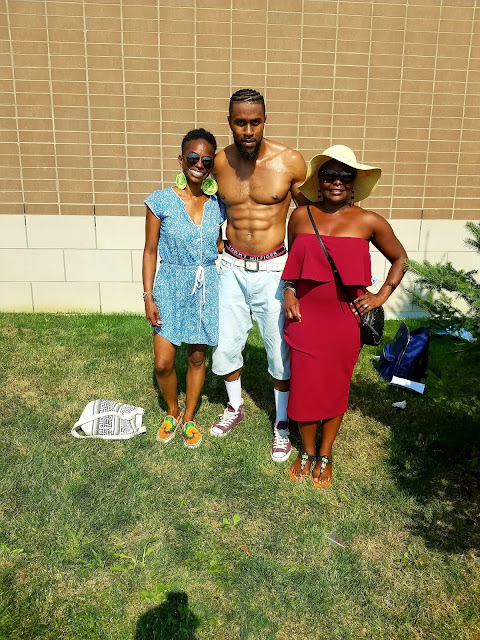 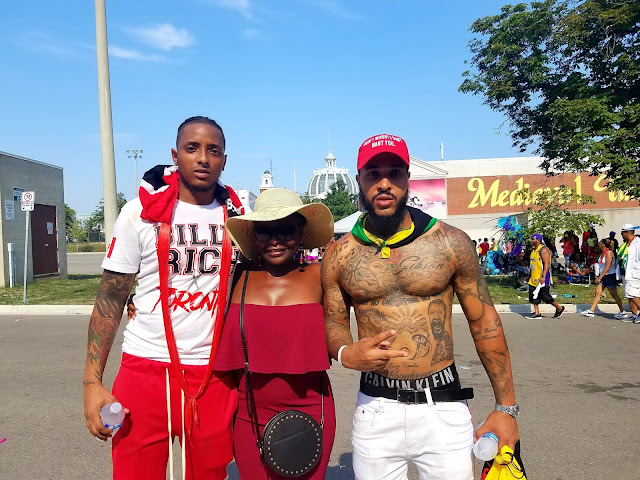 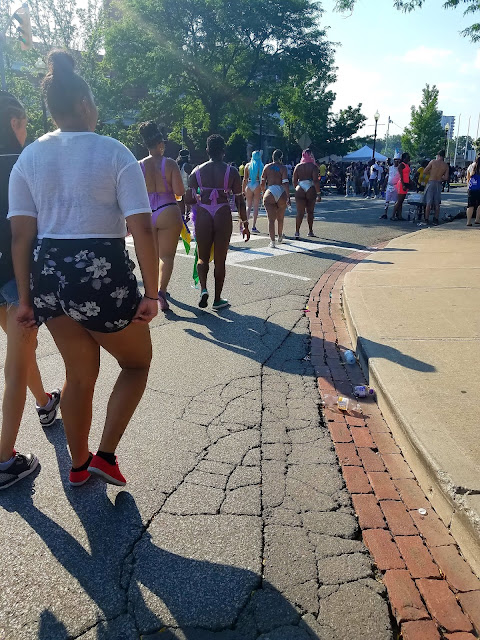 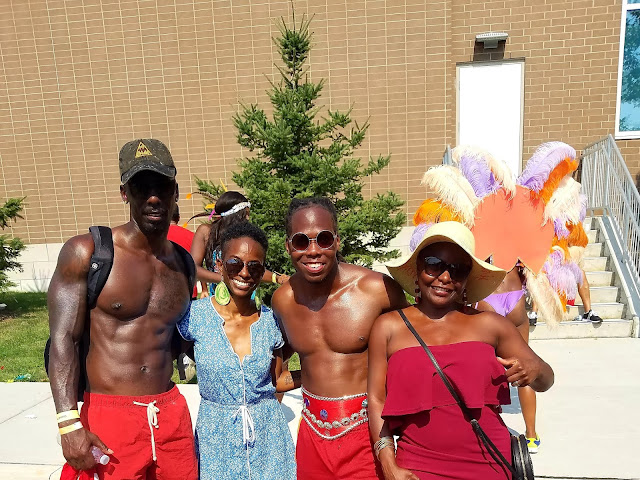 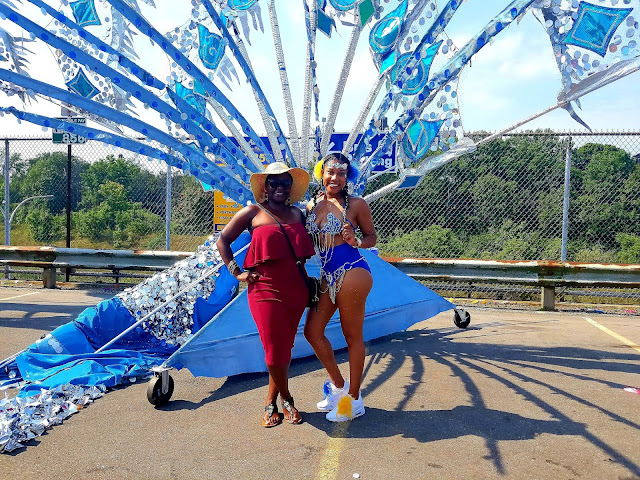 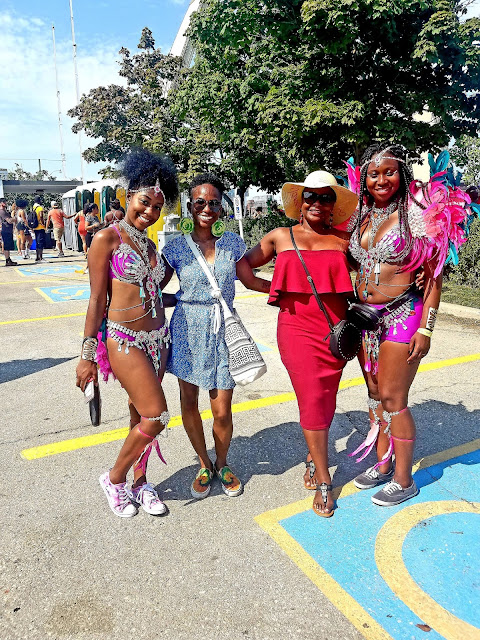 That's it folks! I am glad I got to partake in the festivities as it was quite an experience. There were lots of private night parties but we focused on day time events, to be honest I was not interested in going out at night. All the same, I had a very good time and I am glad I got to experience Caribana.

Random Thoughts of The Day

Caribana sure would have been awesome as a girls' trip way back when I was in college but then again, we were all broke college students and taking trips was the last thing on our minds. Bad decisions would have probably been made back then anyway so maybe it was for the best.......saw too many shenanigans that made me shake my head and chuckle like that cool non judgmental aunt who's seen it all.

I have to say Toronto is really diverse and it's interesting to see all these festivals from different cultures taking place in the city. Yesterday we came across a Middle Eastern festival and a Taiwanese festival plus I saw flyers for several festivals from other cultures, that were coming up.

I have often heard people likening Toronto to NYC with the exception being that Toronto is cleaner. I personally don't think this city is like NYC but the cleanliness part, I have to agree on it. Toronto is clean and even on the subways I did not see filth as I have seen in other cities. If there are filthy parts of the city I just never saw them.

I swear I packed like a fool on this trip, I carried lots of cool weather clothes (lord knows why) and I have suffered for it because it has been HOT!!! I am talking sweat dripping down your back while standing hot! okay? so in short, I left behind cool summery clothing that would have come handy in this hot weather. I was so annoyed at myself but then again, I am a horrible packer.

Email ThisBlogThis!Share to TwitterShare to FacebookShare to Pinterest
Labels: Canada