What To See & Do In Quito

I have been living in Quito, Ecuador for nearly three months now if you can believe it! it seems like I just got here not too long ago, how fast time flies! soon I will be moving on to my next destination but more on that later. I thought of compiling a list of suggestions of things to do or places to see while staying in Quito so hopefully this list will give you an idea of what to look out for if you are ever thinking of visiting this part of the world. Let's get started shall we?

Downtown Quito - This is the historical part of the city where you will find a lot of history. You will find narrow cobble stoned streets or narrow streets with colorful buildings that look so pretty. 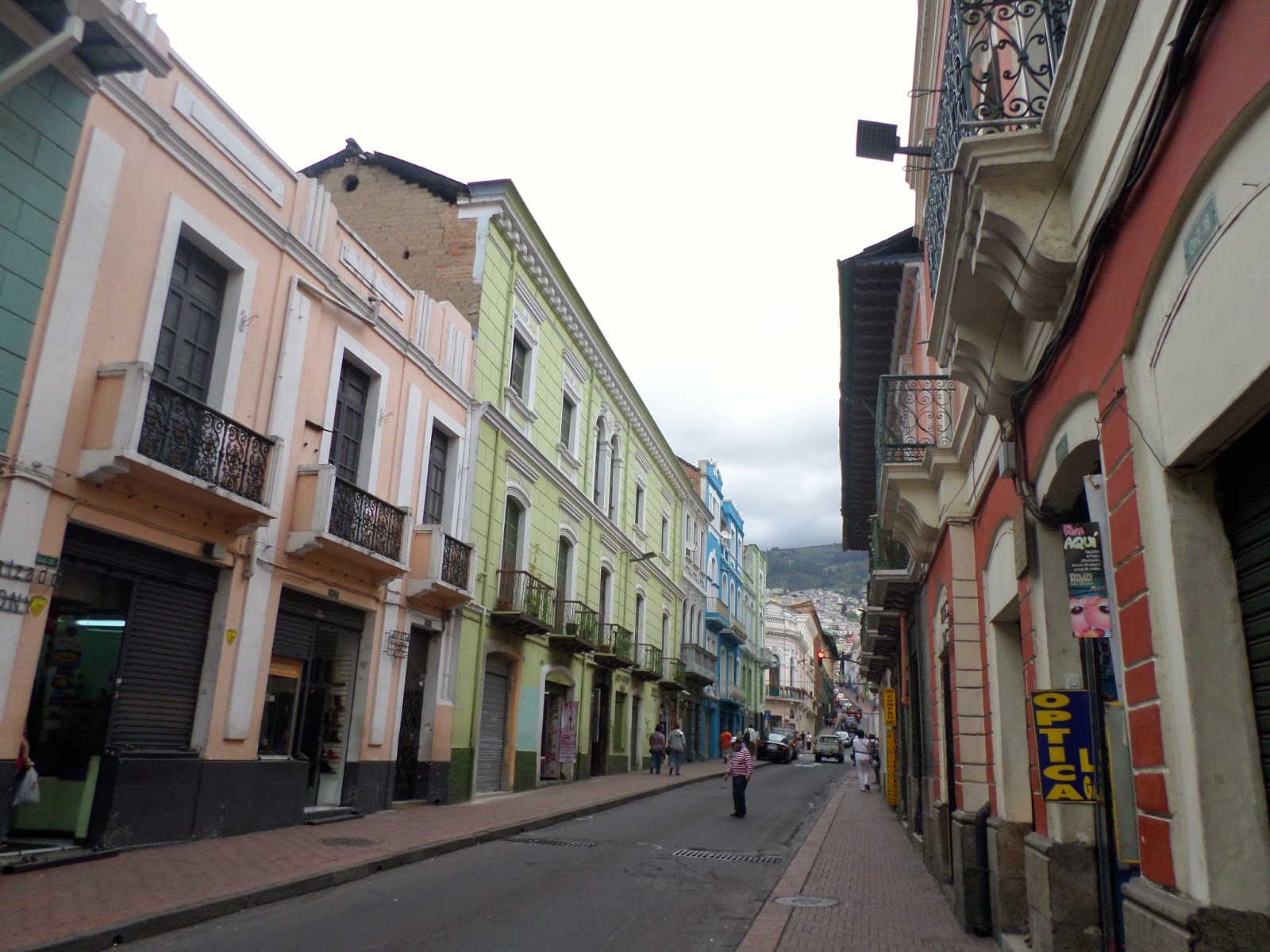 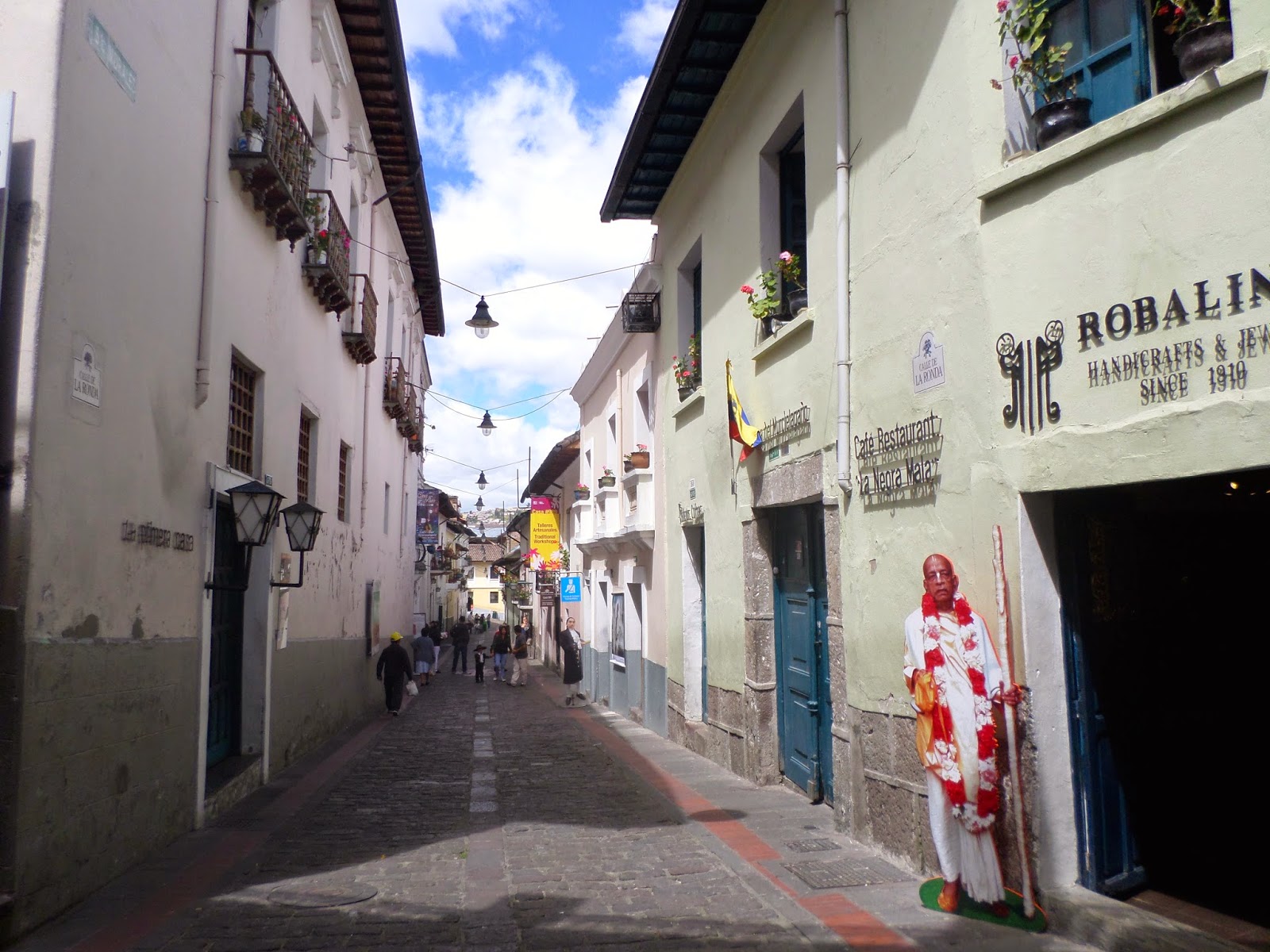 There are several beautiful churches you can visit and take a look inside, the interior architecture is really amazing! 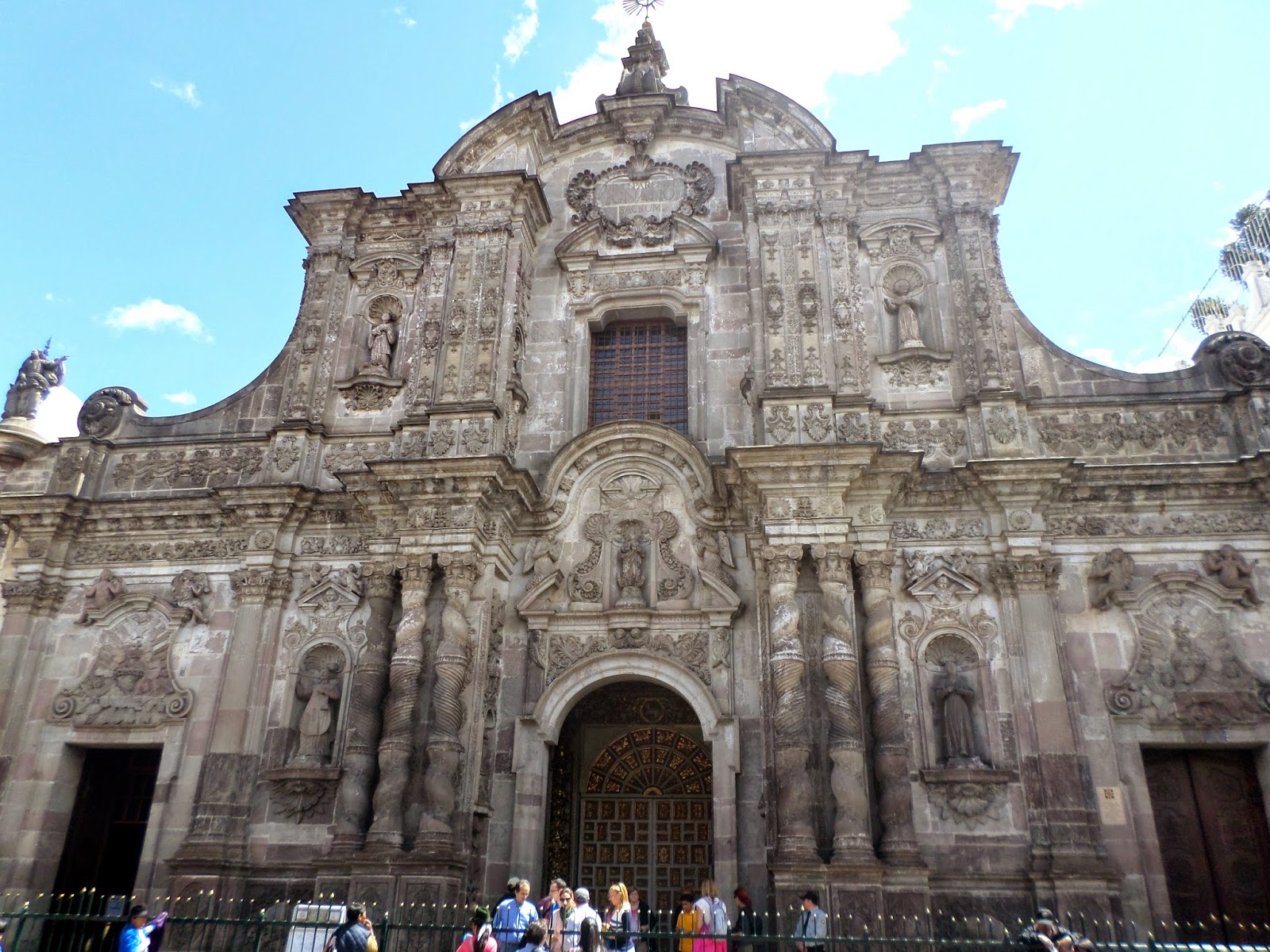 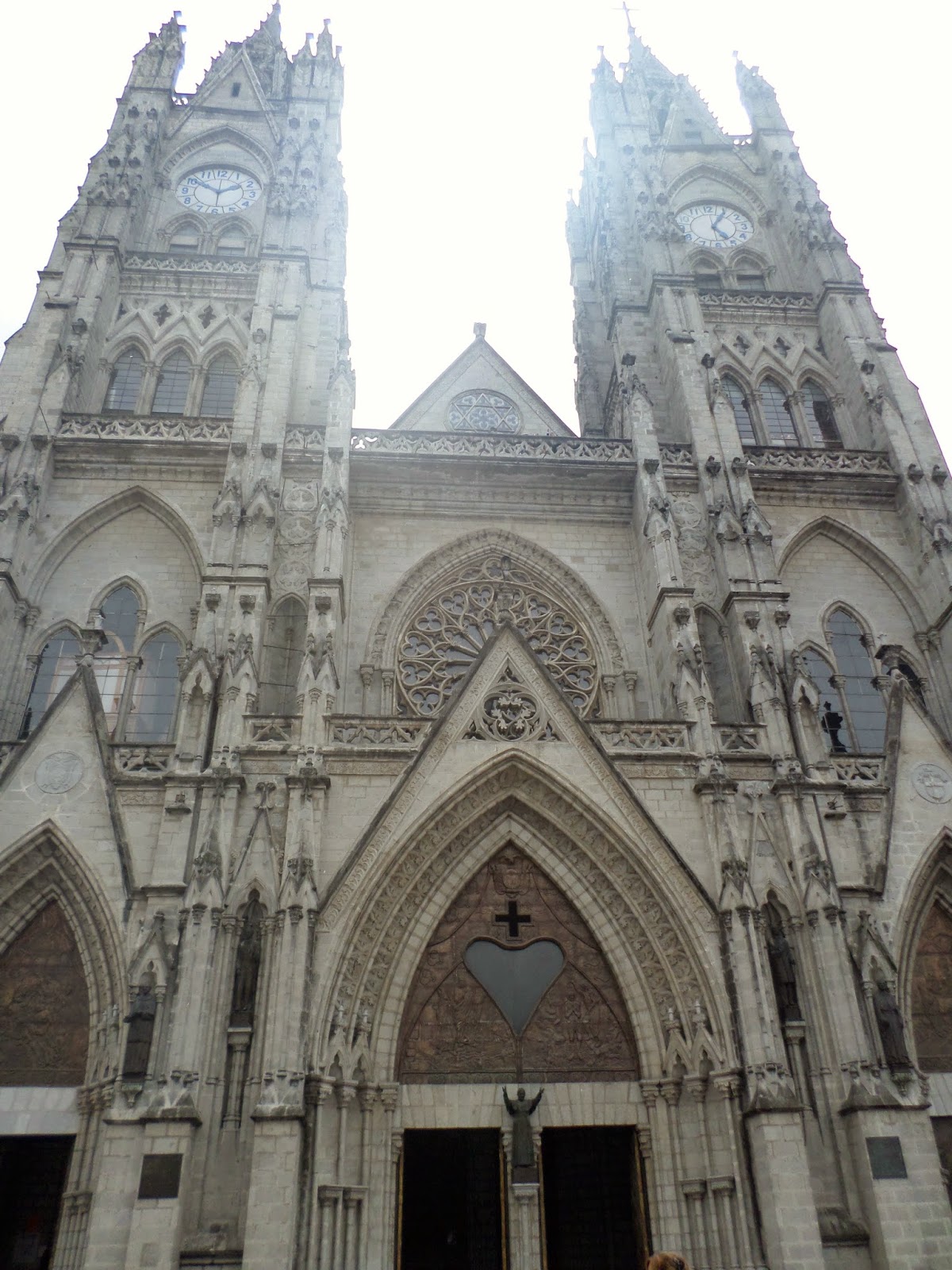 There are several plazas where you can chill and people watch, sometimes you can even catch a free concert if you are lucky. The main plaza (Plaza Grande) right infront of the presidential palace draws huge crowds and seems livelier than the other plazas as I have noticed. While you are at this plaza do stop by the presidential palace and check it out, you might even be lucky to observe the change of guards. 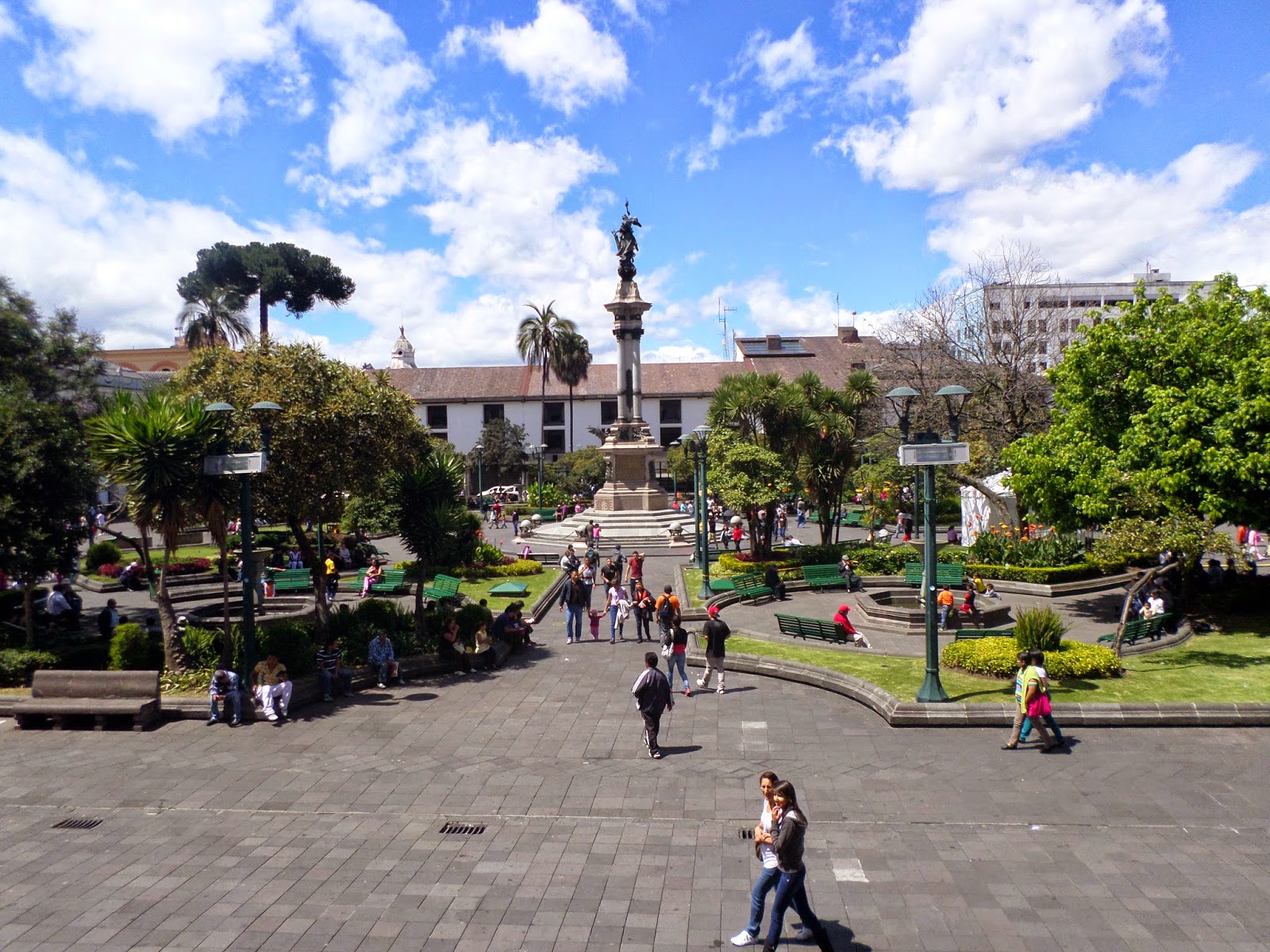 The Virgin of El Panecillo - Here you can get amazing views of the city as it is located high up on a hill. It is advisable not to climb up the hill on foot as the surrounding neighborhoods are not safe but you can easily take a taxi which should cost you about $2.50 to $3 from downtown.

Teleferico - You can take a cable car to one of the main peaks of the Pinchicha volcano for some trekking or simply to enjoy some amazing views of the city, just make sure to wear warm clothes because the higher you get the colder it becomes. The cable ride costs $8. 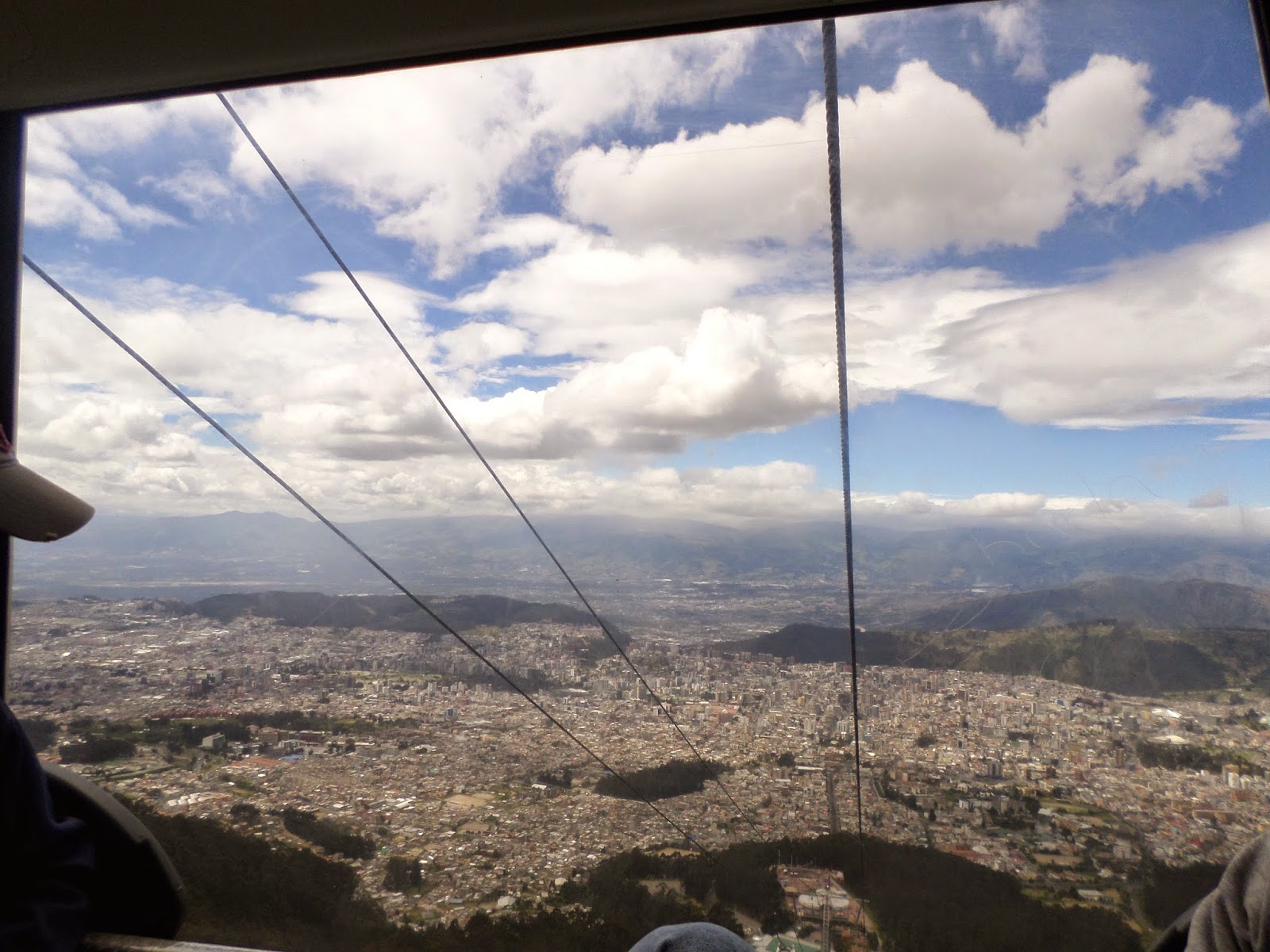 La Mariscal Area - This is the new part of Quito where you can find a bustling night life, various restaurants, Spanish & Dance schools, hostels and of course many tourists, it is after all referred to as Gringolandia. You can easily see the main tourist area within an hour if not less. 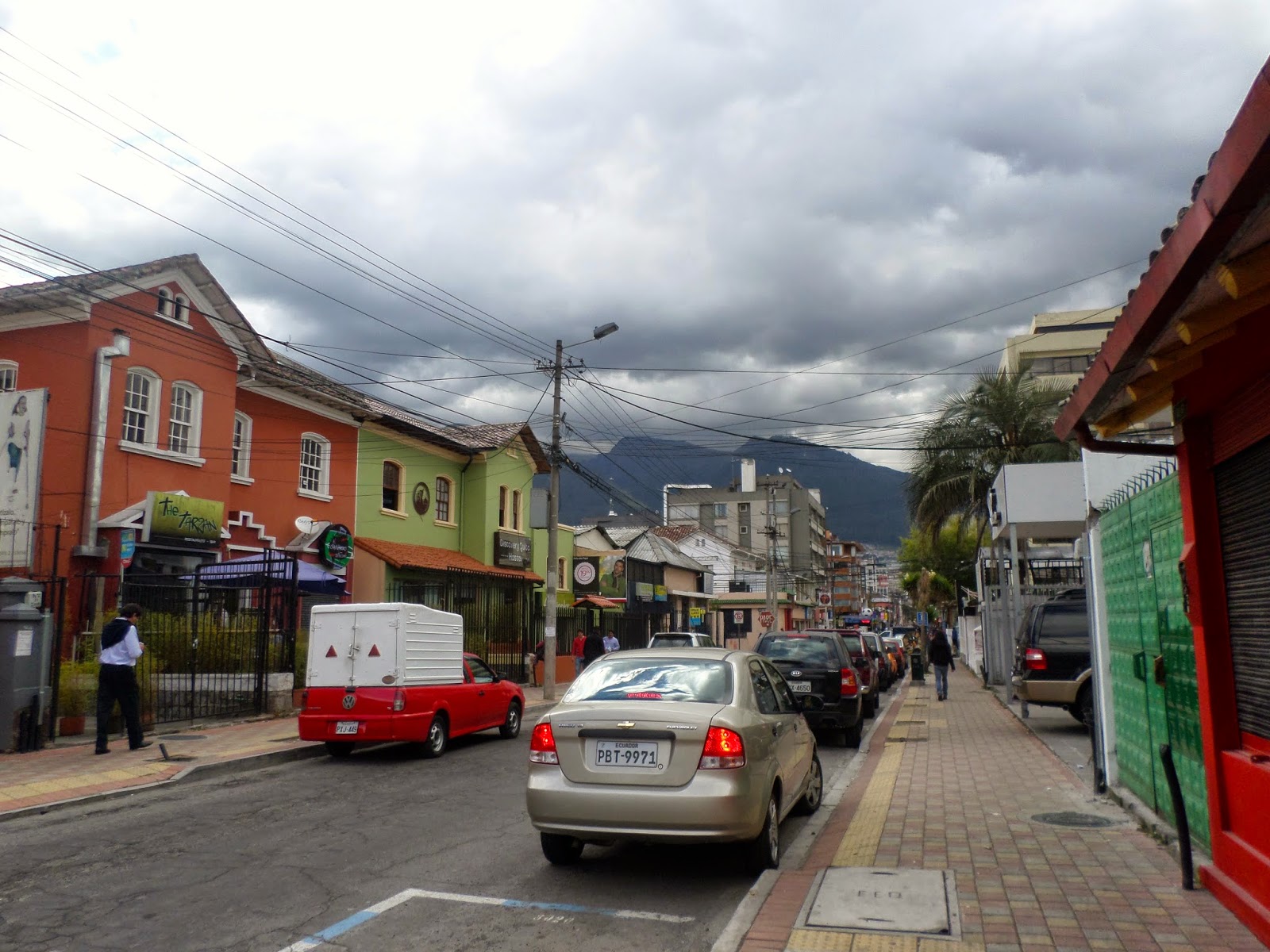 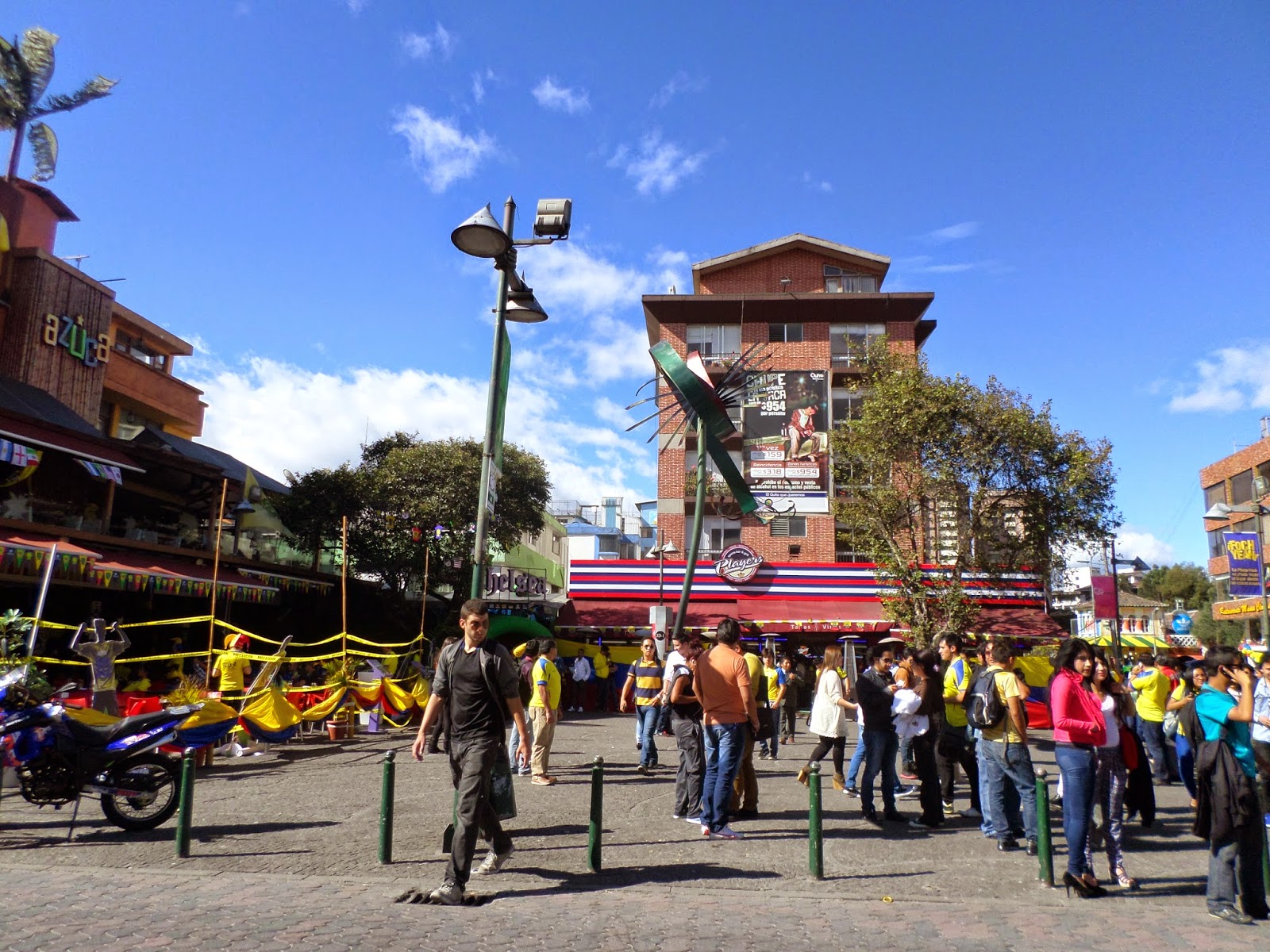 La Mitad del Mundo - How about an opportunity to straddle the equator and get to say you have been to the middle of the world huh? then why not check out La Mitad del Mundo, it is an interesting place to visit and you can easily take a bus which is super cheap, to get there. 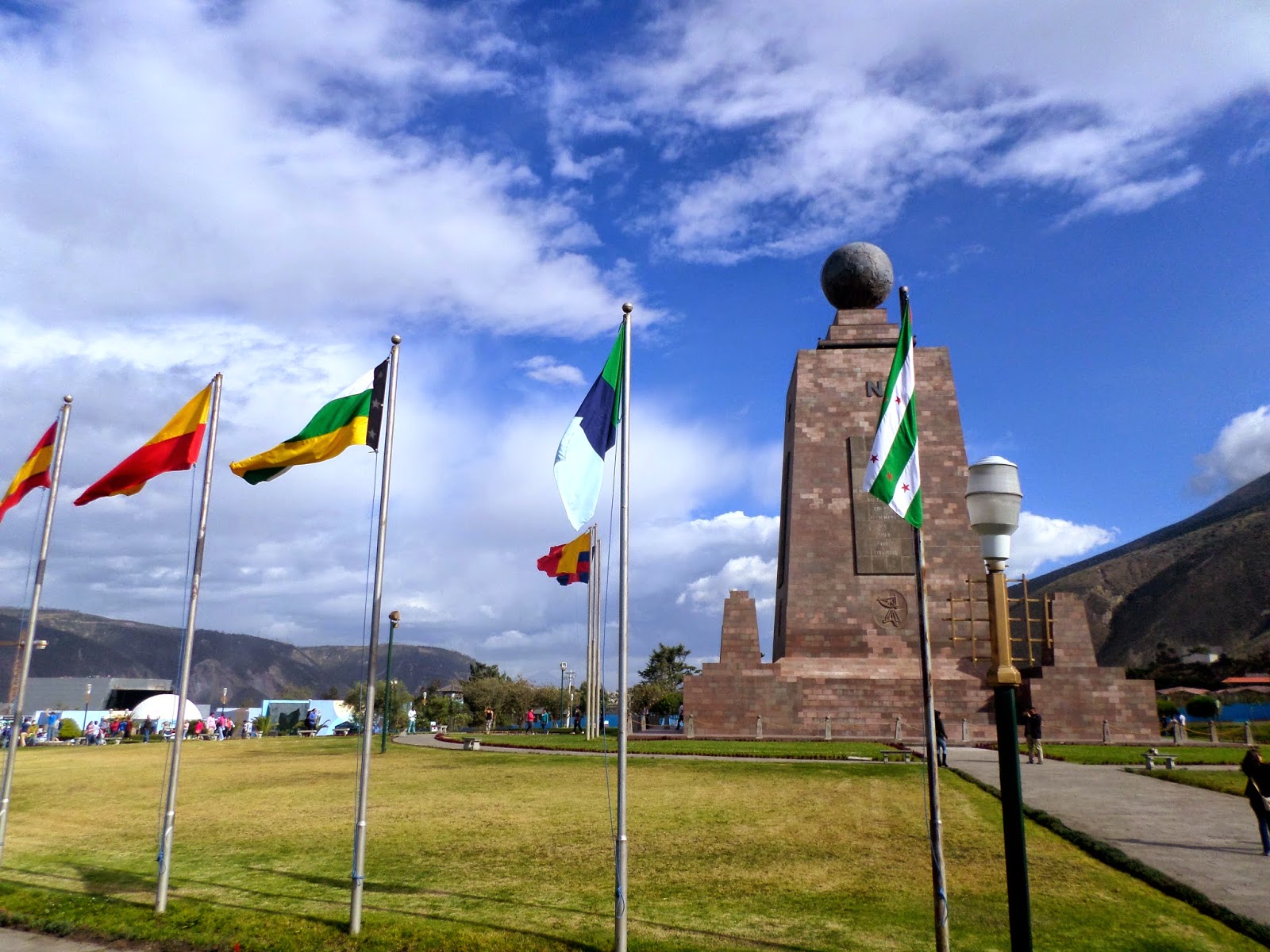 La Capilla del Hombre & Guayasamin Museum - If you are interested in the arts, check out the museum of Guayasamin who was a great Ecuadorian artist. The museum used to be his home and you can learn a bit about him as well as get to enjoy some of his work which is very famous in Ecuador. Next to his house is the La Capilla del Hombre (chapel of man) which is dedicated to mankind, you will also see more of his work and learn the story behind some of his famous paintings. 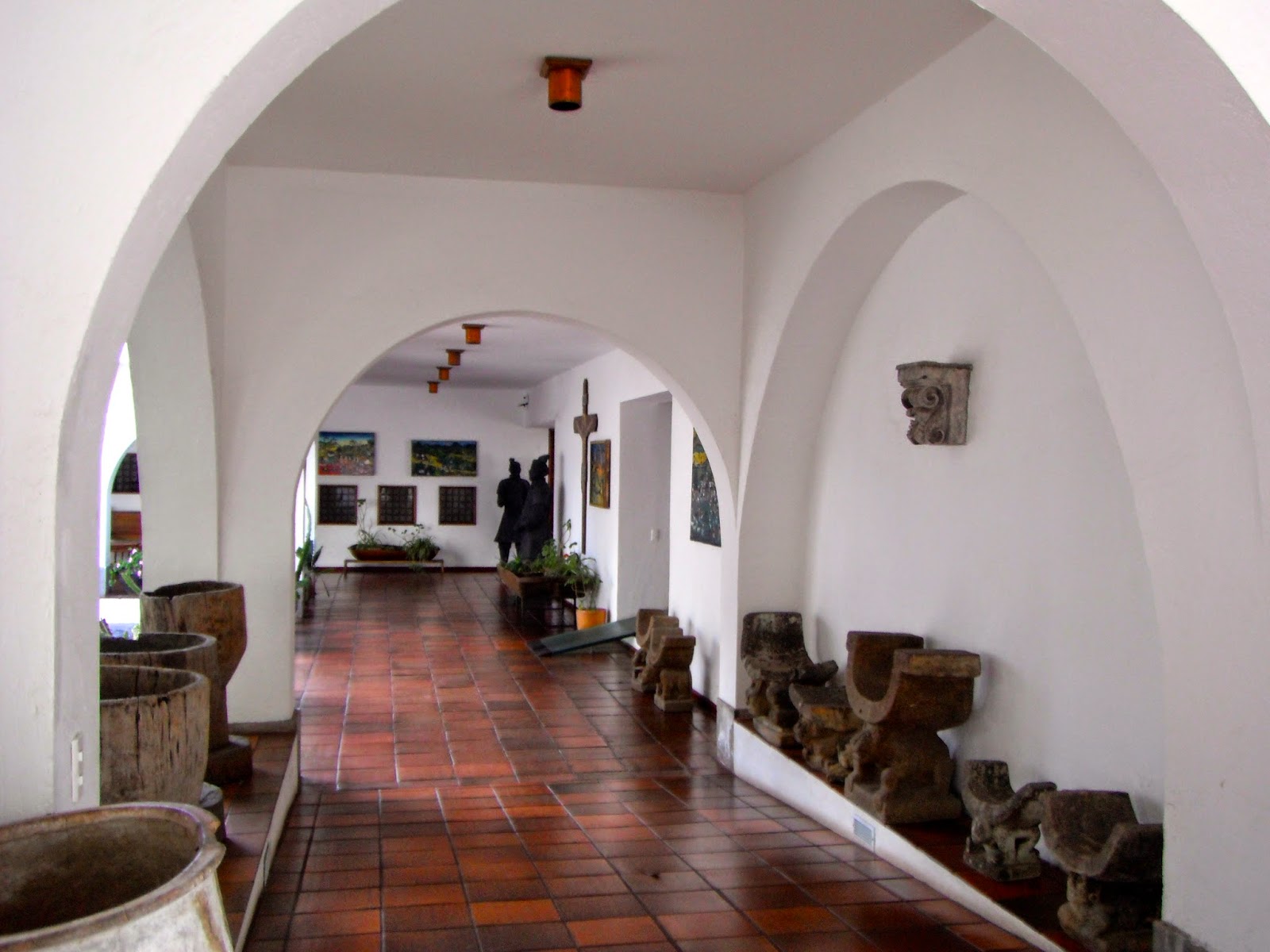 Parque La Carolina & Botanical Garden - Park Carolina is a huge park where you can enjoy: walking, jogging, relaxing in a peaceful environment or even a casual date, wink! wink! Within the park you have the botanical garden which is worth checking out. 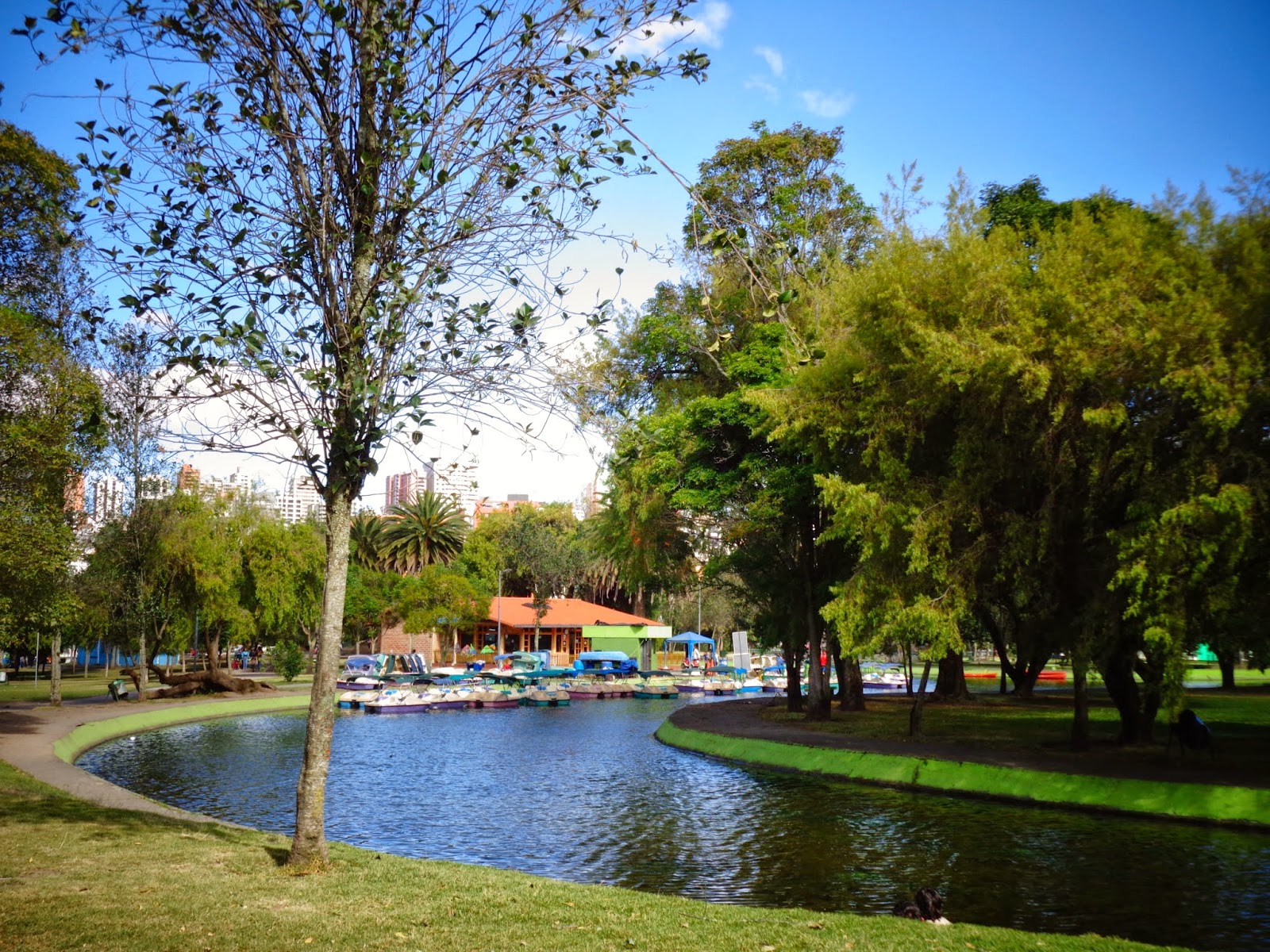 Mercado Artesanal La Mariscal - If you want to get some really good handmade leather items or souvenirs, head to this market which is open everyday of the week. If you don't feel like making the long trip to Otavalo for their market day, this is a good alternative. 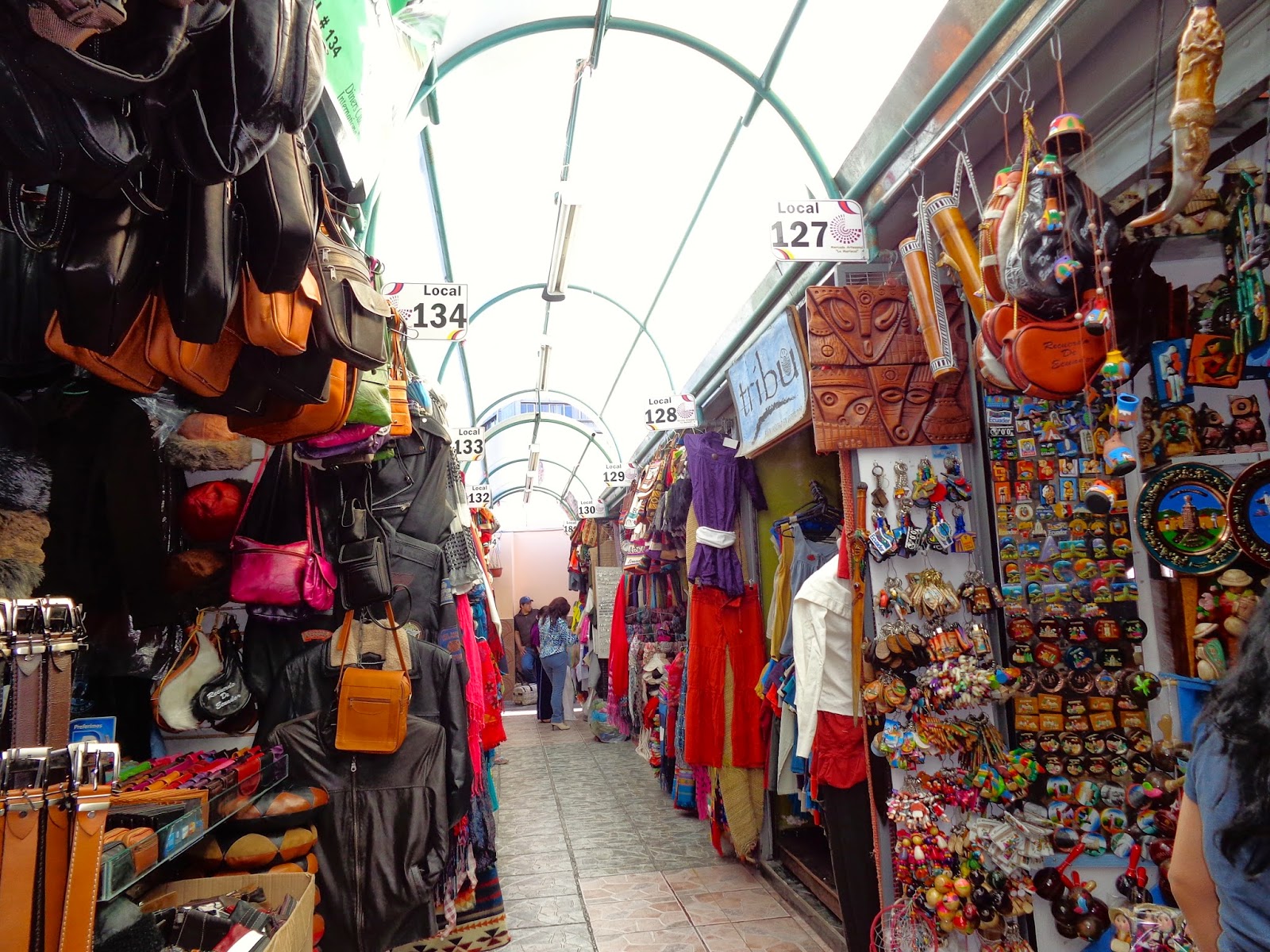 That's it folks, this is not all there is to be seen in Quito. There is much more depending on what kind of activities you prefer to indulge in but this list should be a good starting point for anyone who is trying to figure out what's out there in this city.

I had a very interesting conversation with my Spanish teacher about how women are viewed and treated in Ecuadorian society. She was telling me that domestic abuse is very common and the laws and society don't help much. Her sister works as a lawyer and deals with domestic abuse cases and  what happens is that a lot of women will not report the men because they are scared they will lose a bread winner and will be shunned by society. If a woman endures too much abuse and finally decides to report the guy, he will go to jail for a few days but when he comes out he will revenge either by abusing her more than before or getting another woman to show that he is still the man, among his friends. As for the woman, her family will shun her because they will say, "that is the father of your children, why did you have him taken to jail? who will take care of your children?" with this kind of repercussions a lot of women end up suffering silently.

She was also telling me that a lot of women don't have as many opportunities as men, if a family has too many kids and can not afford to educate all of them, the male kids will be given priority over the female kids. Without much education these girls are desperate to find a man who will marry them so they can take care of them. The girls families will actually push for early marriage so they can ease the financial burden of having to take care of these girls, as a result a lot of women find themselves in situations where they are powerless. If a guy abuses them they have nowhere to go so they just put up with it as long as they have a roof over their head and food on the table. Yikes!

Speaking of conversations, I was talking to this Dominican guy who is my friend and during our conversation he said, "I am very conservative, more than your average Dominican. My little daughter has never even seen me naked."When he said this everything came to a standstill in my head and I was like, "QUE??!!!" (translates to what). "Why would your daughter be seeing you naked?" so he tells me that in his country nudity is not a big deal and parents change clothes in front of their kids whether grown or not without shame. He has seen his mum naked so may times, even as an adult. I was shocked! so I asked my Ecuadorian family if this is normal in Ecuador as well and they said yes, parents can even shower with their kids and it's not a big deal. I'm I the only one who was raised in a very conservative household where there were strict boundaries concerning such things? It was considered taboo to see your parents naked so for me it's so strange to hear otherwise from other people. Hey! I guess one person's normal is another person's abnormal, right?