Cuenca The Pretty One

Cuenca is a city situated on the southern part of Ecuador and is quite popular with retired expatriates who want to settle down in an affordable city that's tranquil. I had heard how pretty the city is and it had been highly recommended to me as worth checking out while in Ecuador. After dilly dallying for a whole week I decided to finally check it out for myself and see what the big deal is about this city. To be honest with you the thought of taking an 8 hour bus ride wasn't something I was looking forward to and since I had wasted time in making up my mind about this trip, last minute flights were pretty expensive. I was only planning on spending 3 days in Cuenca and didn't want to spend too much on a flight ticket so I figured I would suck it up, take the 8 hr bus trip and save some money.

I took an overnight bus last night and slept through most of the ride so that trip was painless because by the time I woke up we had reached Cuenca. I got here early this morning and after getting situated at my hostel, I was ready to start exploring the city. Today I decided to focus on downtown because I have other activities planned for the other two days, I have to maximize my stay here.

The streets in downtown Cuenca are narrow and cobble stoned which adds to their appeal. Unlike downtown Quito, downtown Cuenca is very clean and that really stood out to me plus I felt safer than I feel in Quito. This is not to say I did not take any precautions but the vibe was just different and I liked it. 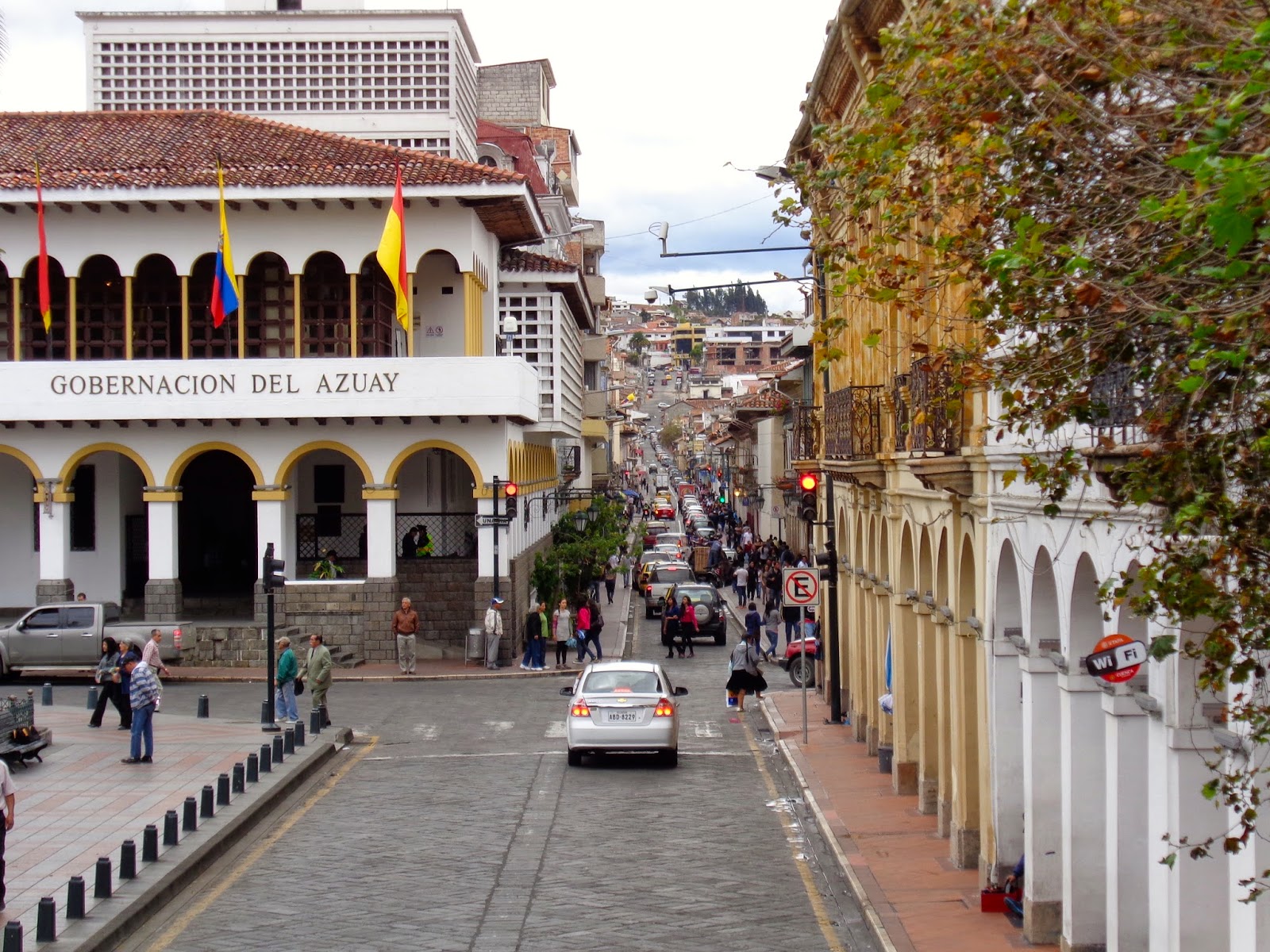 I had seen these blue domes in the picture below on many tourist magazines so seeing them live felt a bit surreal. 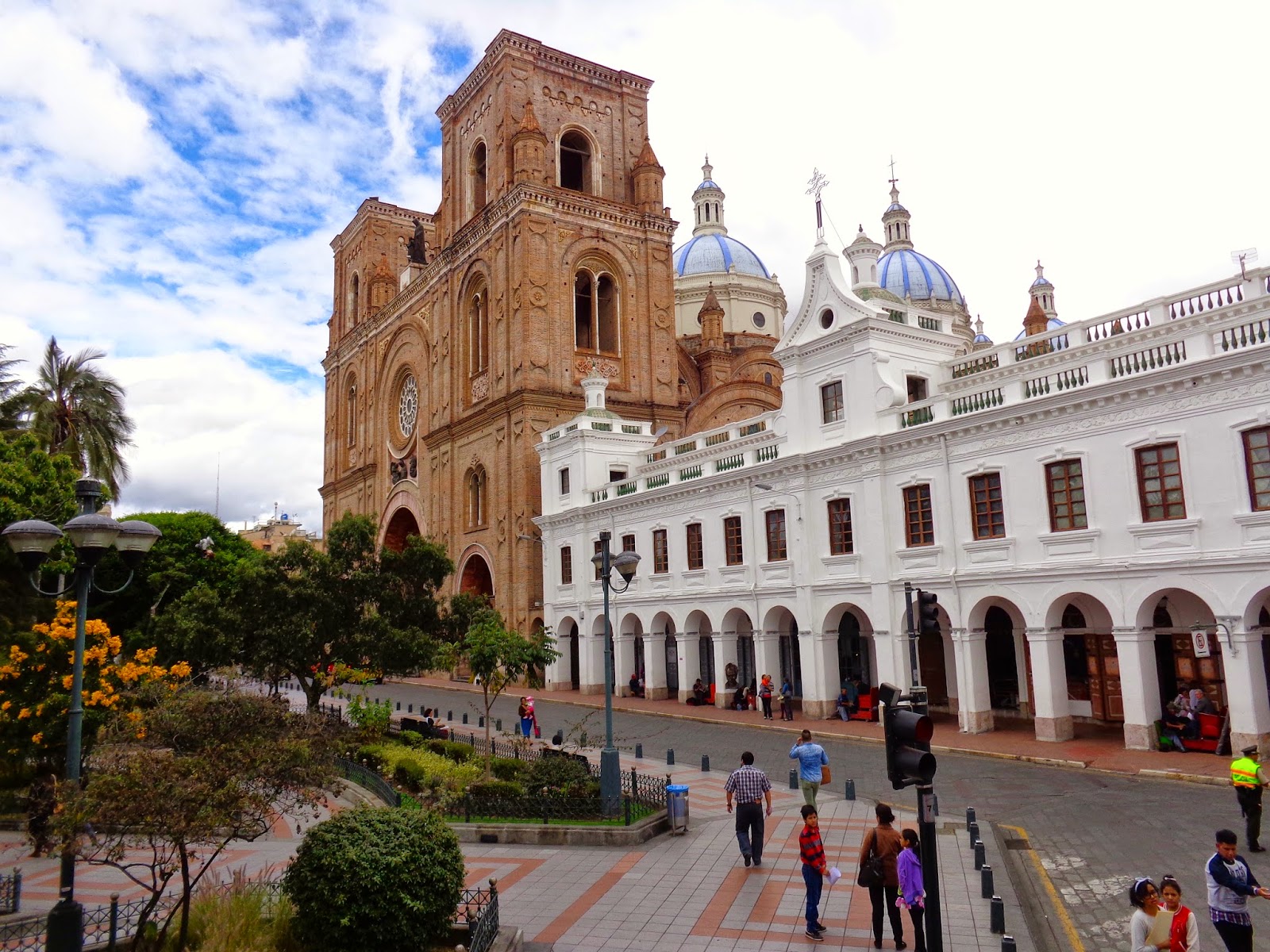 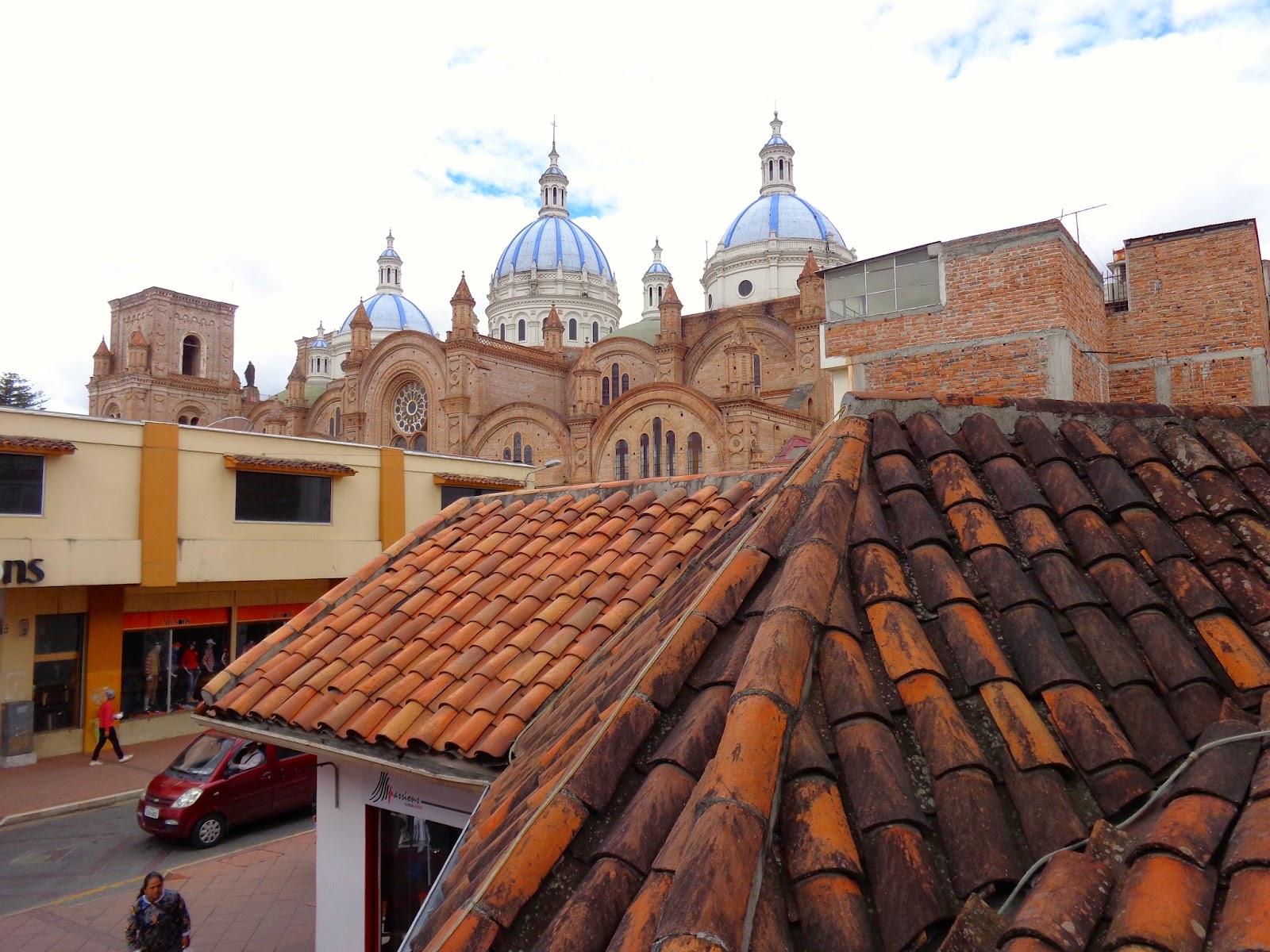 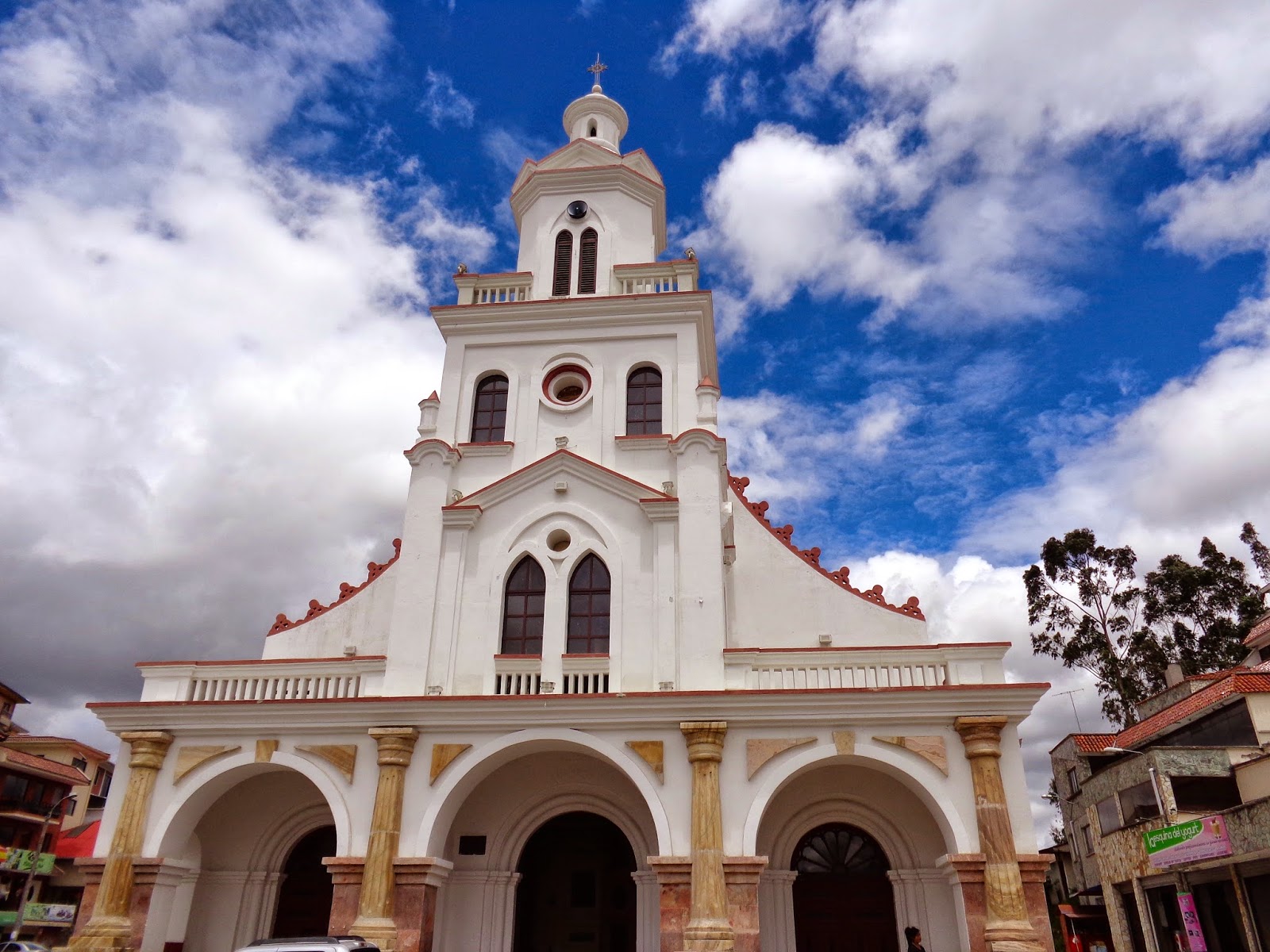 I just love the narrow cobble stoned streets. It got a bit cloudy but it didn't end up raining thank goodness! 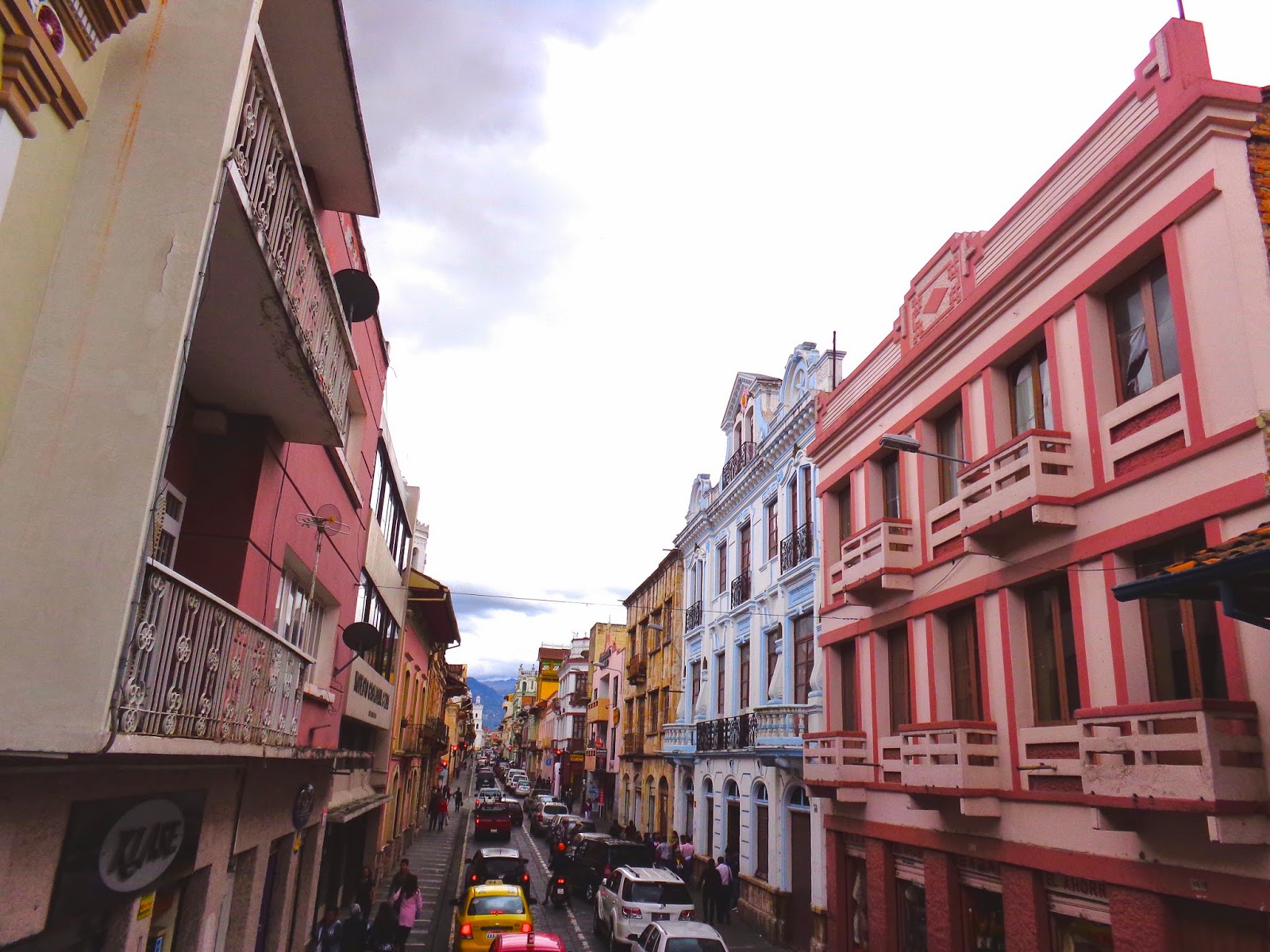 Amazing view of the city. 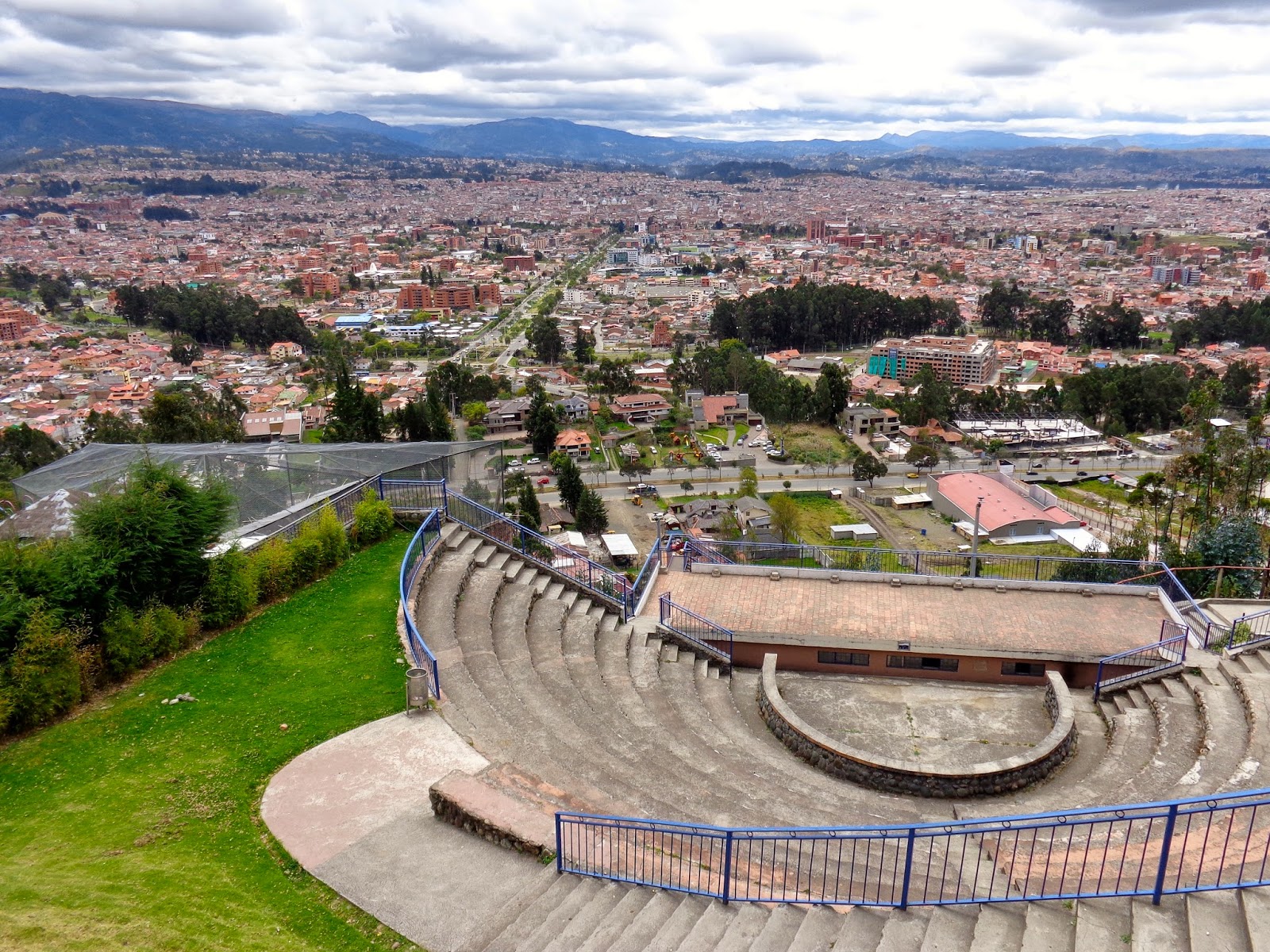 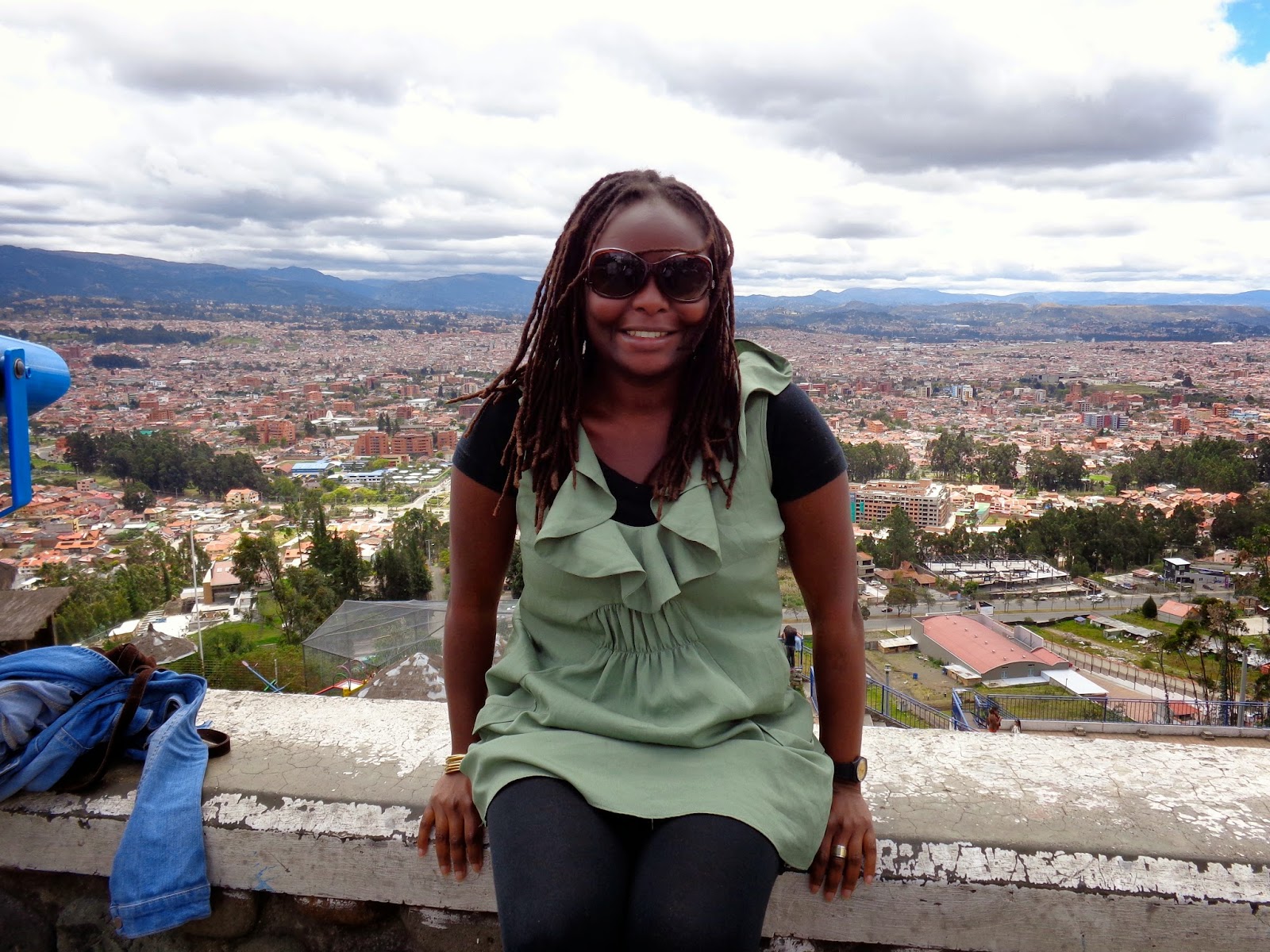 As I have said before and will continue saying, you will not see me venturing to any neighborhoods situated up a hill in any South American country. I took these photos from a safe distance and moved right along pretty quick! 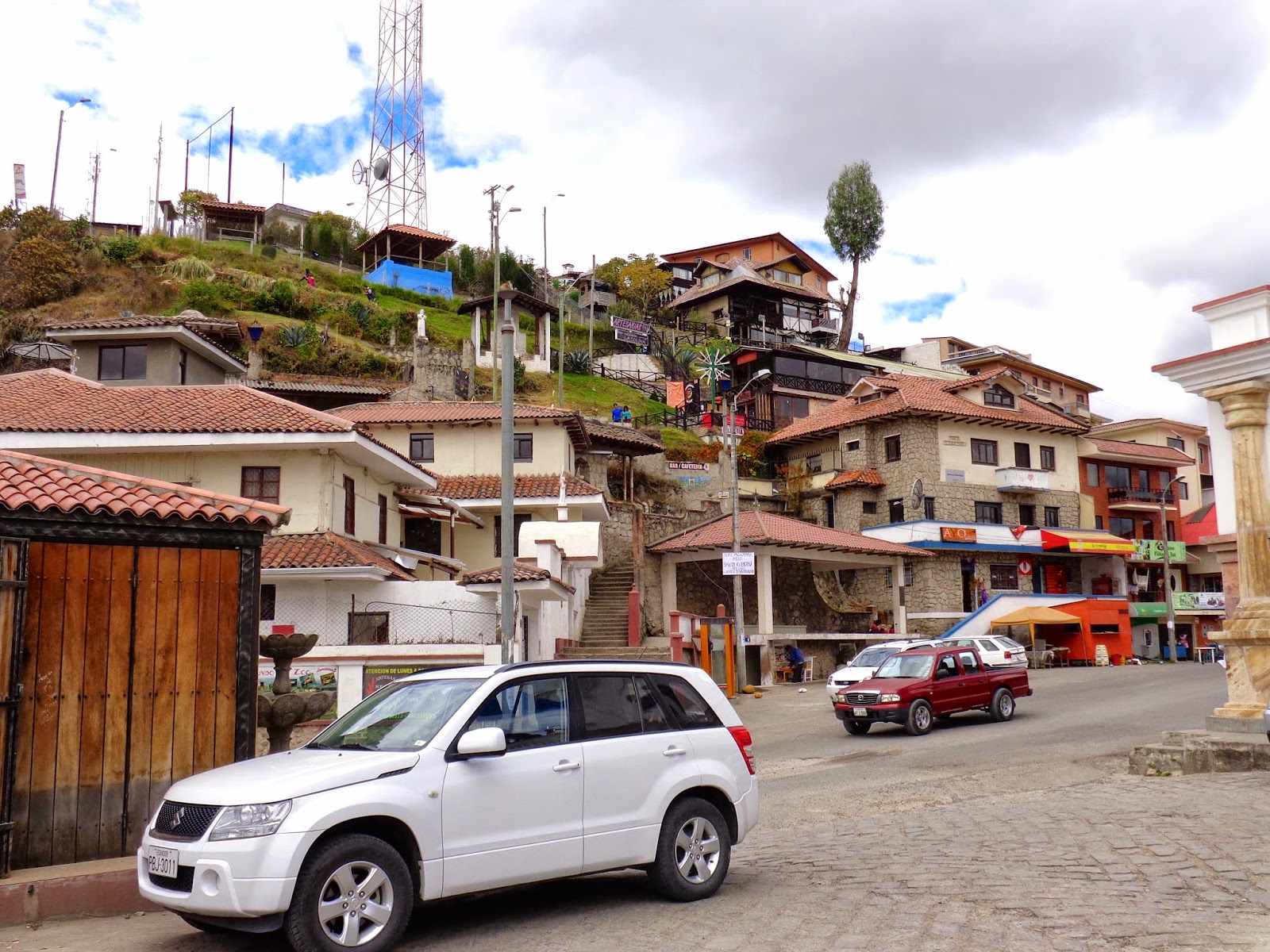 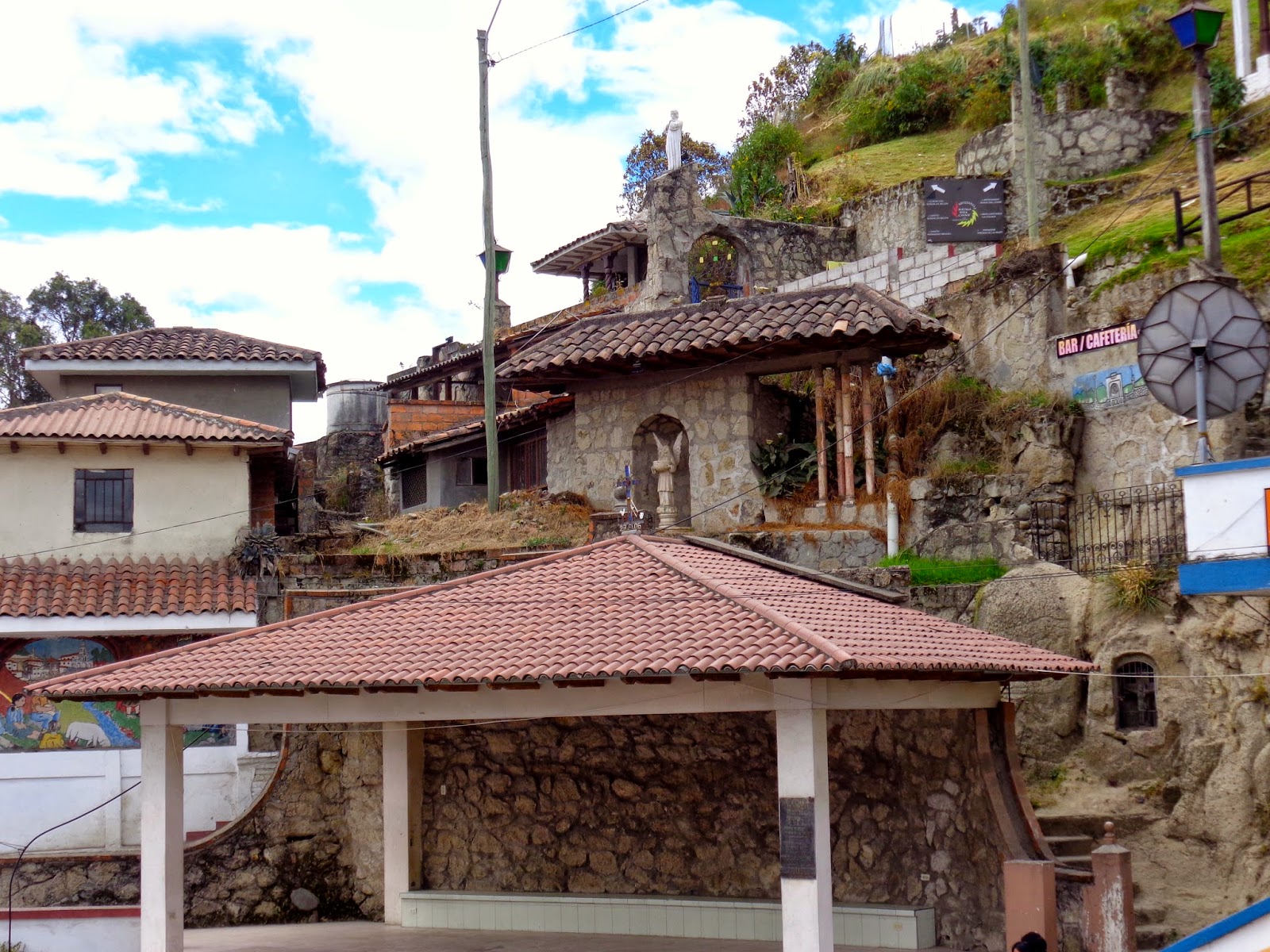 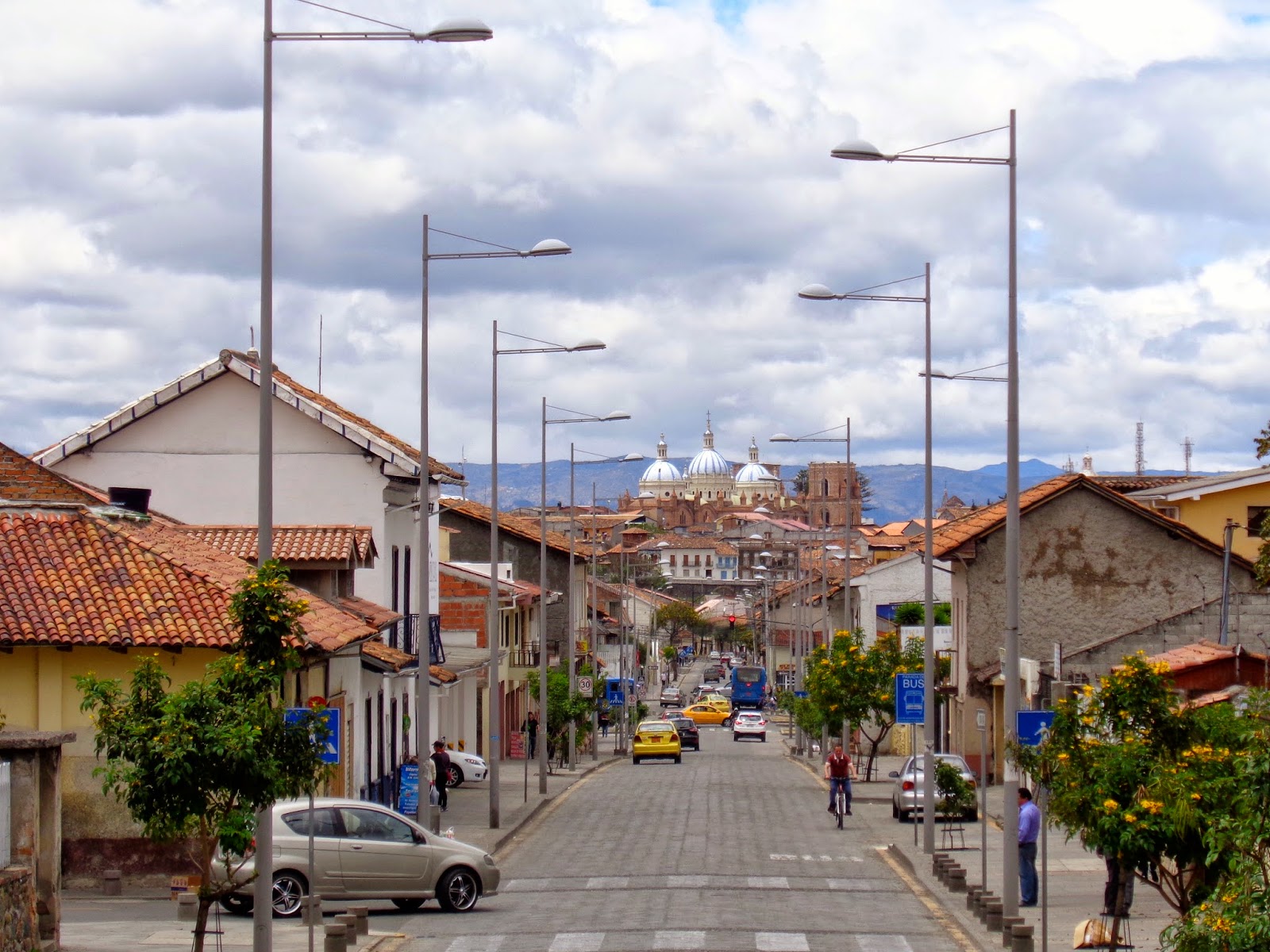 That's it folks, after walking around downtown for a few hours turning onto random streets to see where they would lead me, I decided I had done enough site seeing for the day so I headed back to my room to chill out. Cuenca truly is a pretty city worth checking out so I am glad I made up my mind to do so.

If you need some blood tests done in Quito, Ecuador for whatever reason and you don't want to shell out mega bucks especially while traveling on a budget, check out Red Cross (Cruz Roja) near parque Alameda. The tests are cheap but then again it depends on what exactly you are checking for, I paid $15 for mine and I got my results indicating my clean bill of health within two days. PS: be sure to carry some form of ID, a copy of your passport is good enough.

For any big booty ladies out there, me included! the best place to buy jeans that fit well here in Quito, is Ipiales. This is an area in downtown where a lot of locals do their shopping economically. Ecuador imports most clothes so prices can be pretty high, places like Ipiales come in handy for those who can't or don't want to part with major bucks. Make sure to go with a local or if you decide to venture out there solo just make sure to do so during the day and don't carry any valuables with you, the area looks a bit sketchy so be careful. I went with one of my Dominican friends who has been in Quito for several months so she was like my guide on where to go and which shops to stop at.

For black ladies out there, sometimes it is not easy to find hairdressers that deal with black hair especially when traveling through certain parts of the world where there isn't a significant black population. Worry not if you land in Quito because there are many Dominican hairdressers who will hook you up real good! I can't guarantee they will do the same for locs though just because locs are not very popular here. I do my own hair so I have never needed to go to any hairdresser during my travels.

Manicures and pedicures here are dirt cheap!!! you best believe I have been regularly treating my feet to those $4 pedicures. Just because I am traveling doesn't mean I can't take care of myself. I don't want to be walking around with crusty feet!