Getting Around Major Tourist Sites In New York City

Before I get started I would like to add that I am writing this from my personal experience of how we navigated this city, it is a very big city and we only scratched the surface so I am not claiming to be an expert, but I would like to offer some tips that may help any first timer out there who wants to check out NYC.

We have been based in Brooklyn as I mentioned before and we are very close to the A/C blue line, we mostly took the A line which was express so it got us to places faster, as it had limited stops. Below are the stops and the major sites you can see from each stop. 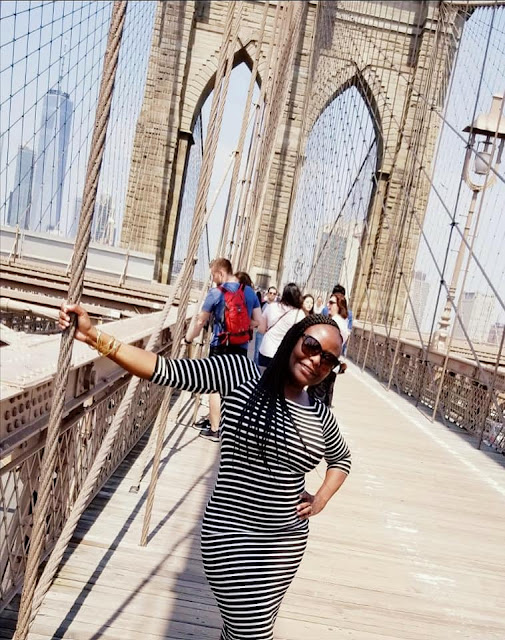 Freedom Tower, 9/11 Memorial & Museum - Start with these sites from the Chambers St. stop as you can easily walk to them and they are all next to each other. Watch out for signs directing you or simply ask around if not sure. 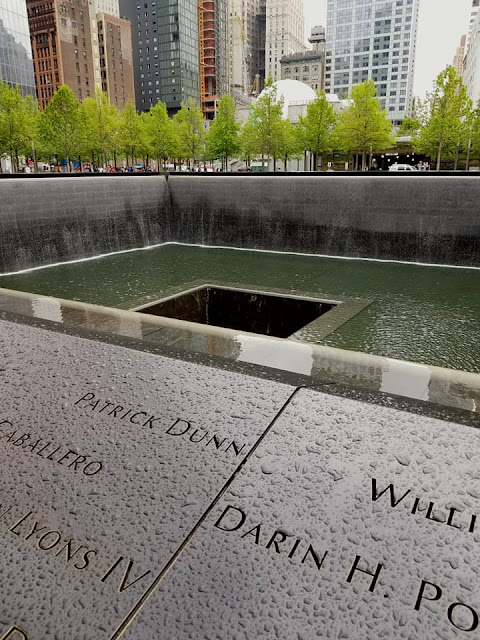 Financial District - After visiting the 9/11 Memorial you can make your way to the financial district to see the NY stock exchange, the Stock Exchange Bull statue and the Fearless Girl statue 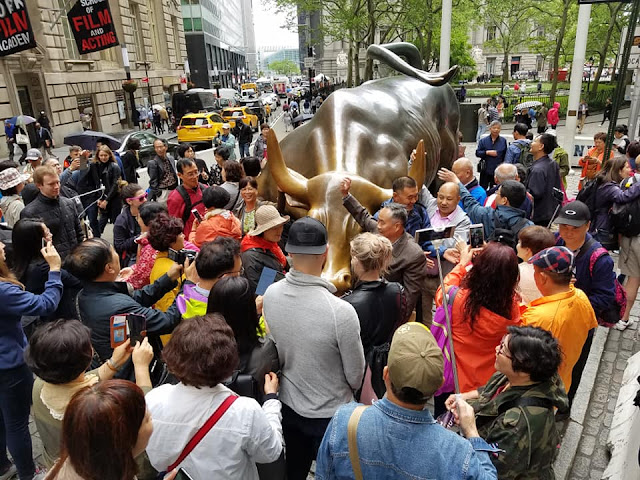 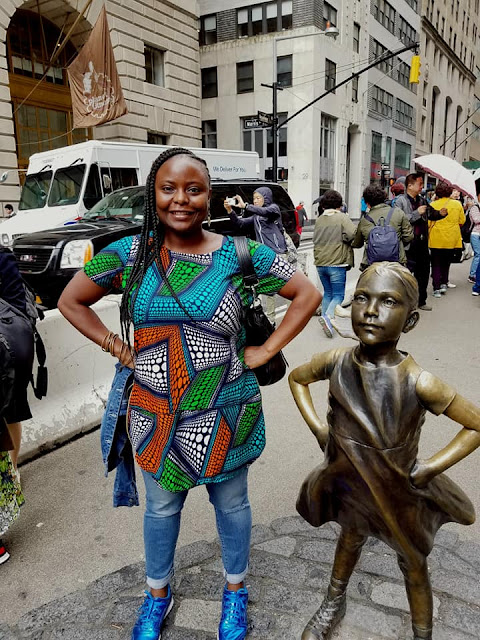 After scrambling through the crowd of tourists all eager to take pictures with the bull and the girl, ask where to get the Staten Island Ferry which is within walking distance. The ferry will get you to Staten Island for free and pretty fast but I am sure that's not what you really want right? this ferry actually passes by Liberty Island which is where the statue of Liberty stands. On a good day and with good zooming capabilities, you can get some great photos of the statue. If this is not enough you can buy one of the many tours being offered to take a ferry that gets you directly to the island where you can take close up pictures of the statue.

We opted for the free option and since the weather wouldn't let us be great, this is what we ended up with.

If you are looking for cheap shopping you can check out Canal Street as you head toward Chinatown,  if you are up to walking you can also head to SoHo for some expensive stuff. We didn't make it to SoHo as we were super tired, it was raining and our pockets aren't that deep for SoHo shopping anyway. 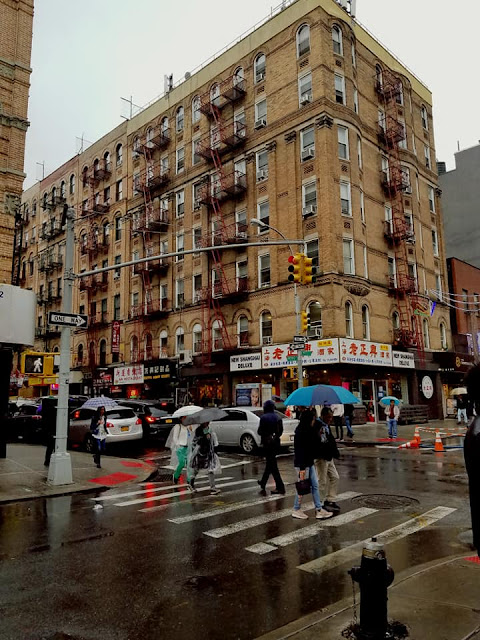 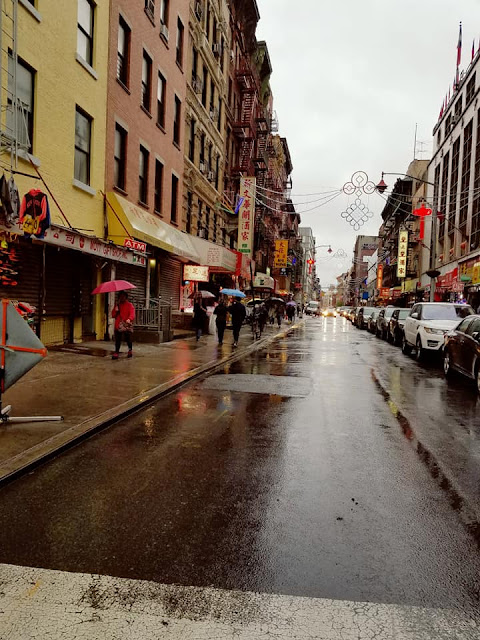 If you want to check out the bright city lights or one of the many Broadway shows that the city has to offer, head to Times Square. It's great for people watching, shopping, eating and entertainment. If you don't like crowds don't venture out here as it does get very crowded! I thought it was exciting so the crowds did not bother me in the least bit! 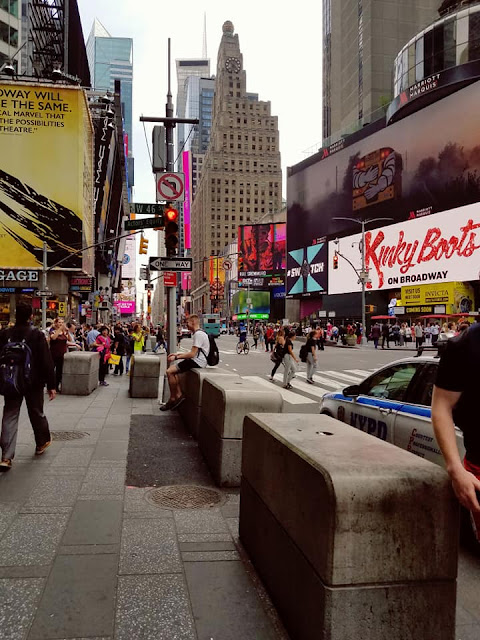 You can either take the subway to this stop so you can get to Central Park or you can walk from Times Square to Central Park, we ended up walking. After all the walking you can decide to relax in Central Park which is a huge urban park in Manhattan. There is actually plenty to see and do at this park and it seems to be lively no matter what day of the week it is. 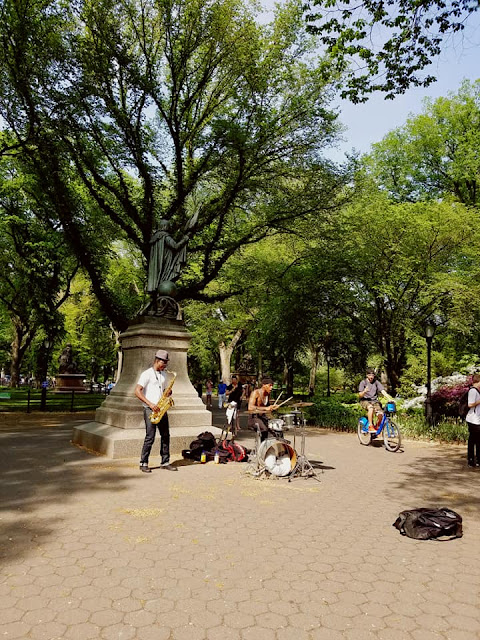 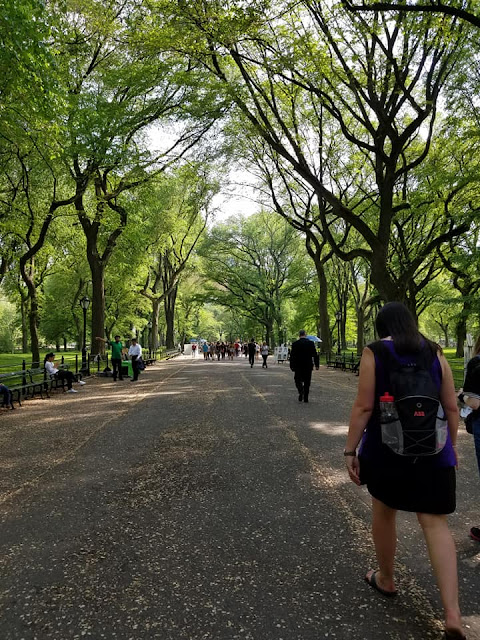 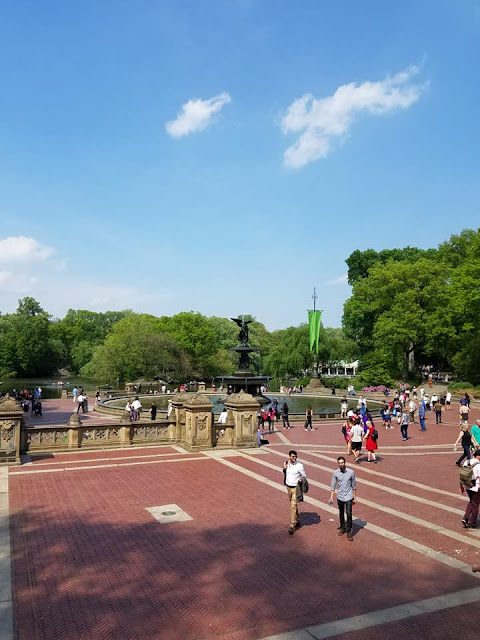 That's it folks! I do hope I have done a good job of compiling places to check out and how to easily get to them. I am not going to lie, initially NYC was intimidating and overwhelming but once we got the hang of taking the subway and knew where and how to get to the right stops, it actually wasn't that bad.
- May 18, 2018