A Year Older In Galapagos

Aaah! so today is my special day because it just happens to be my birthday. I can't believe that I am in my mid thirties! I am celebrating my 35th birthday today and when I think about it, I have 5 more years before I turn 40. I remember being in my twenties and thinking turning 30 was so old, honestly I don't feel any different from how I felt in my twenties. I remember one of my former Spanish teachers being so surprised when I told her I will be turning 35 this year, she exclaimed, "you are turning 35? you don't even have wrinkles!" my reply to her was, "but I am too young for wrinkles." Seriously, isn't 35 too young for wrinkles? I certainly think so.

Today I wanted to do something special so I had arranged to go on a tour of Isabela island which happens to be the largest island in the Galapagos. Isabela is situated 2 hours from Santa Cruz where I am staying so our tour group had to leave really early in the morning because it was a full day tour. We left at 7 in the morning and I was surprised by the number of tours that were taking place at that hour, I guess they all start in the morning so as to take advantage of a full day.

From Santa Cruz we took water taxis that were transferring tourists to their main boats which would take them to Isabela. I can only imagine how much those guys who work on the boats make because there were so many tourists. 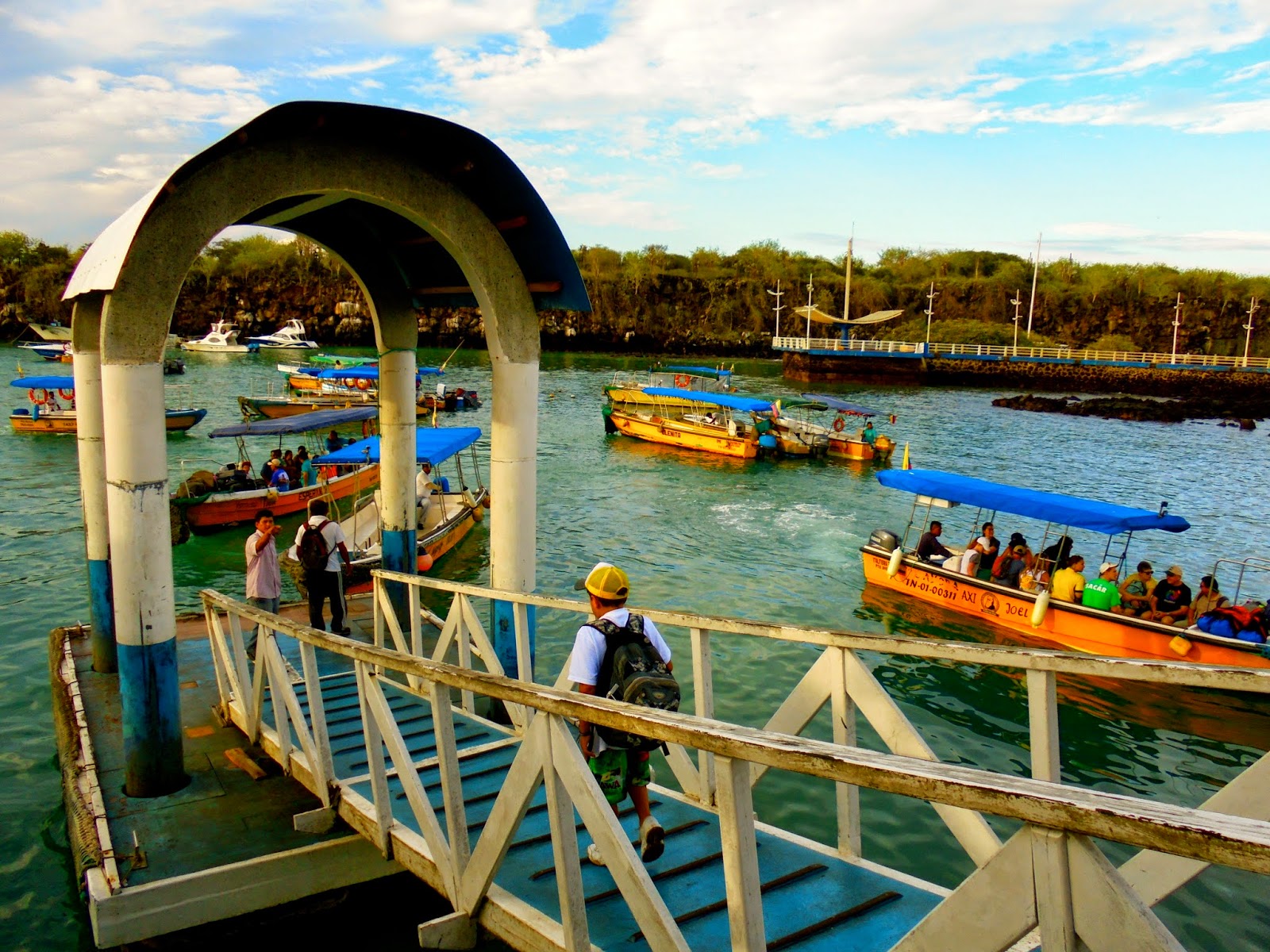 Our tour group was quickly situated in our boat and it was snooze time for me. At first the boat ride was really uncomfortable for me because the waves that we were hitting were giving me a funny sensation in my stomach, but I had taken a motion sickness pill prior to boarding so that helped me not throw up. The crew in the boat even had plastic bags handy just in case anyone felt like throwing up. After a while I got accustomed to the motion of the boat and had a pretty good nap actually.

We arrived at Isabela island without any incidence and the guide explained to us that we would spend the whole day exploring the island and visiting the main attractions before heading back to Santa Cruz. At Isabela we had to pay an entry fee which was $5 for foreigners and $2 for Ecuadorians.

The first thing that was noticeable at Isabela were the number of seals around. There were many seals just chilling on the beach and on the various benches around, they were not scared of people so you could take however many pictures you wanted of them. We were warned not to touch them or get too close because even though they are super chill and not aggressive, if you get too close to them they could lunge at you. Young kids especially are the most vulnerable so parents had to be very careful and ensure that their kids didn't get too close to the seals. They were super cute though and I thought it was really sweet that they had freedom to move around and no one messed with them. Apart from the seals there were also many Iguanas which we were told were also not aggressive. They did look scary though but the guide was explaining to us that they are very docile despite their intimidating looks. 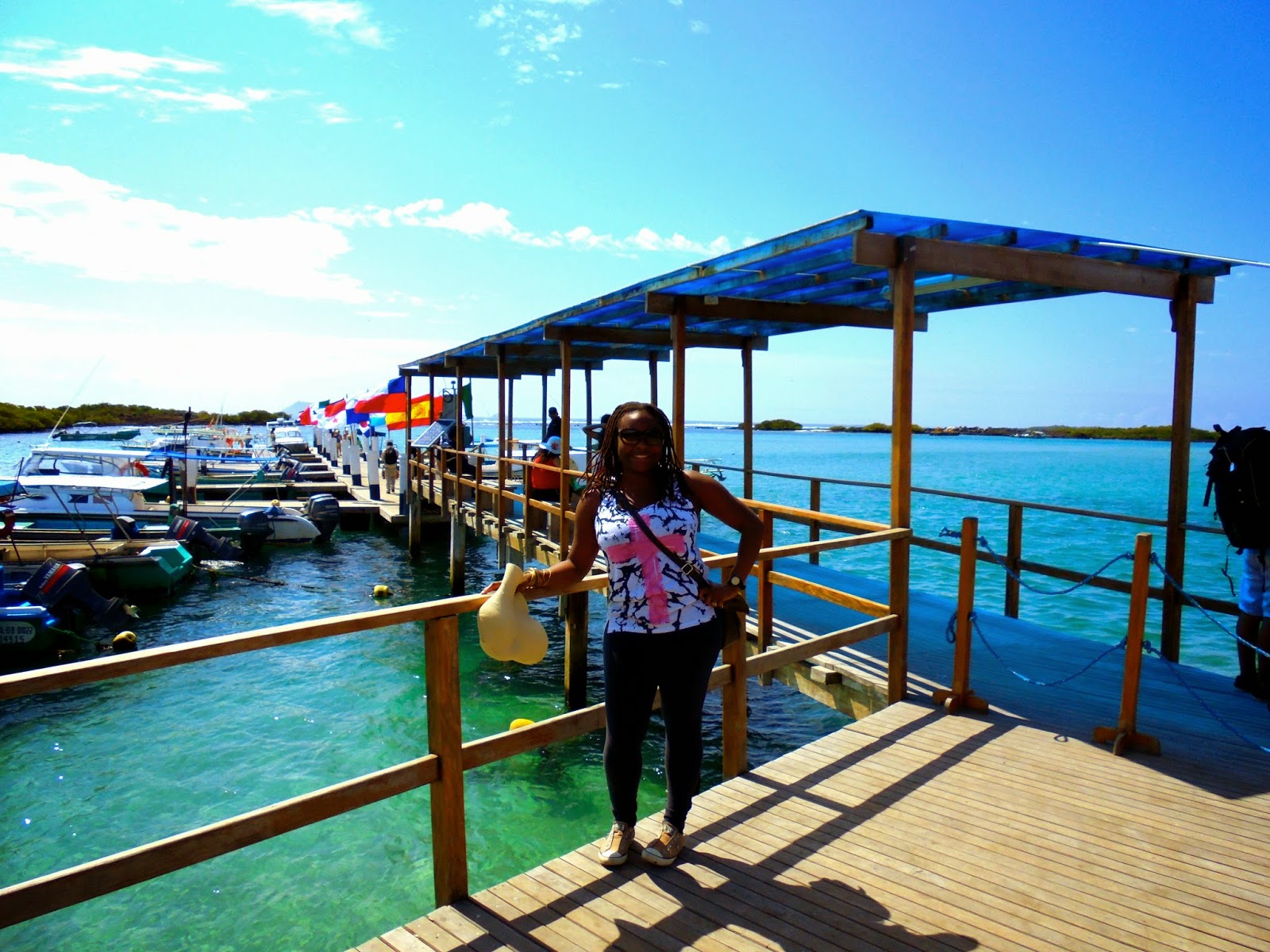 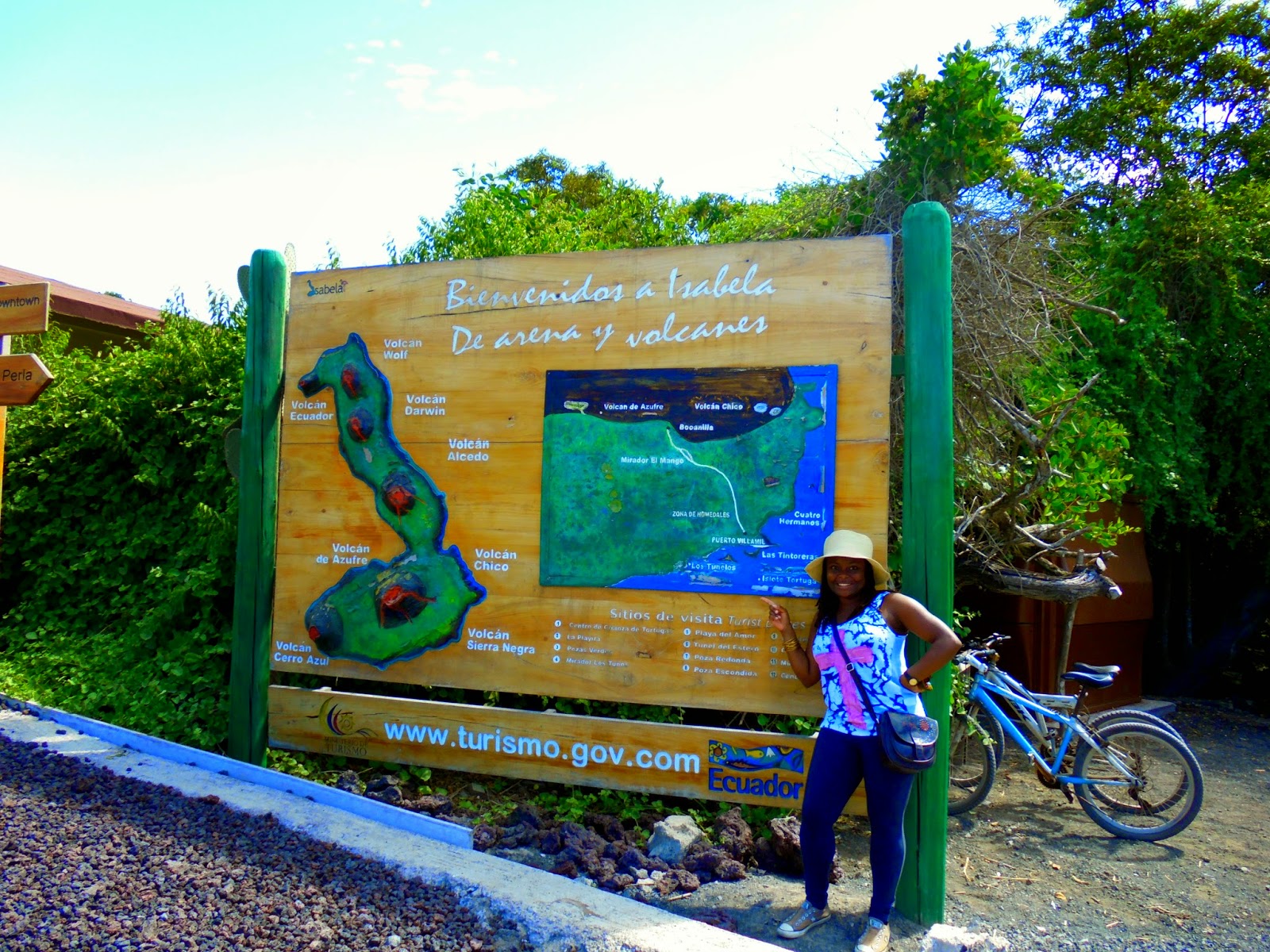 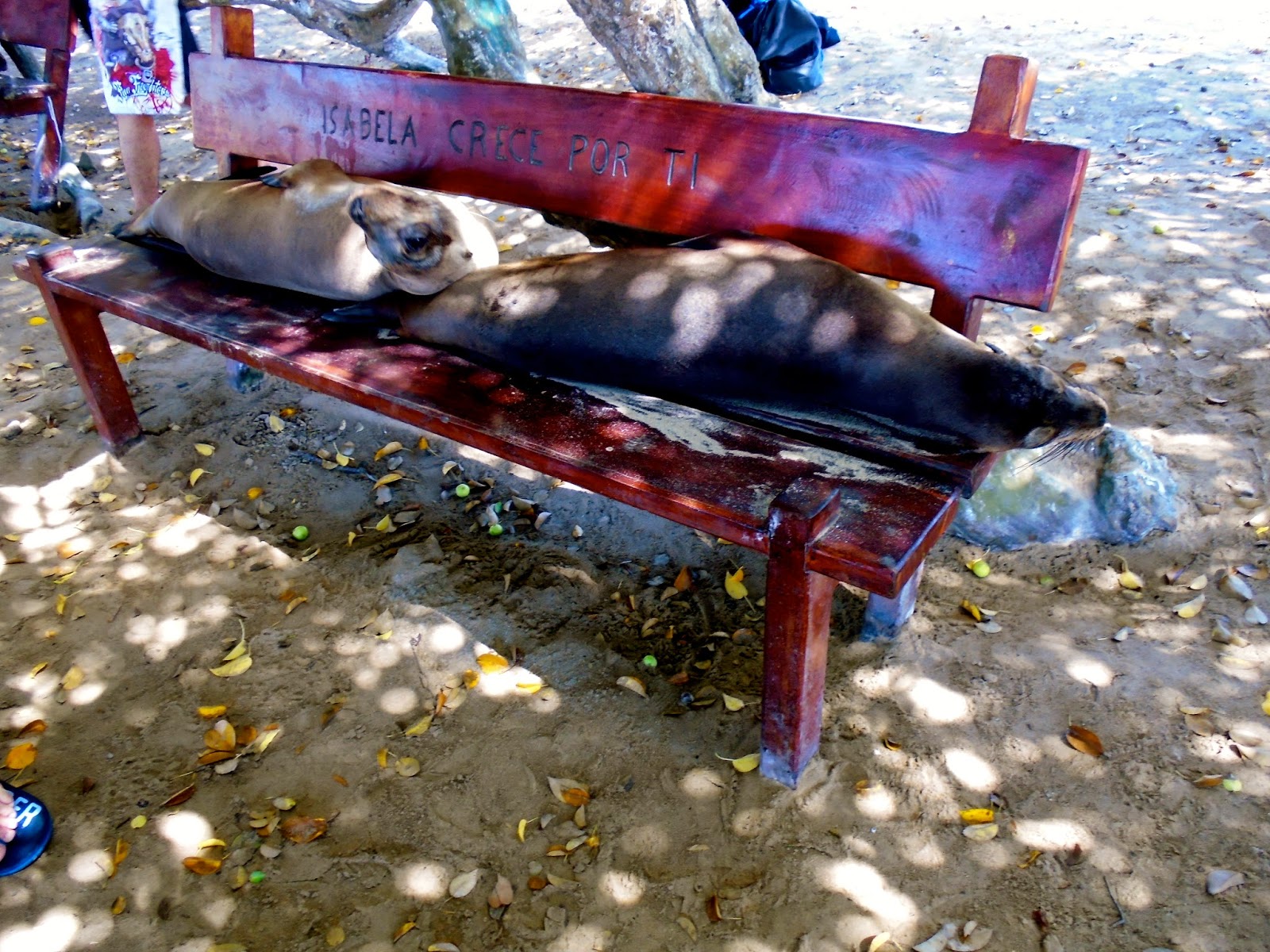 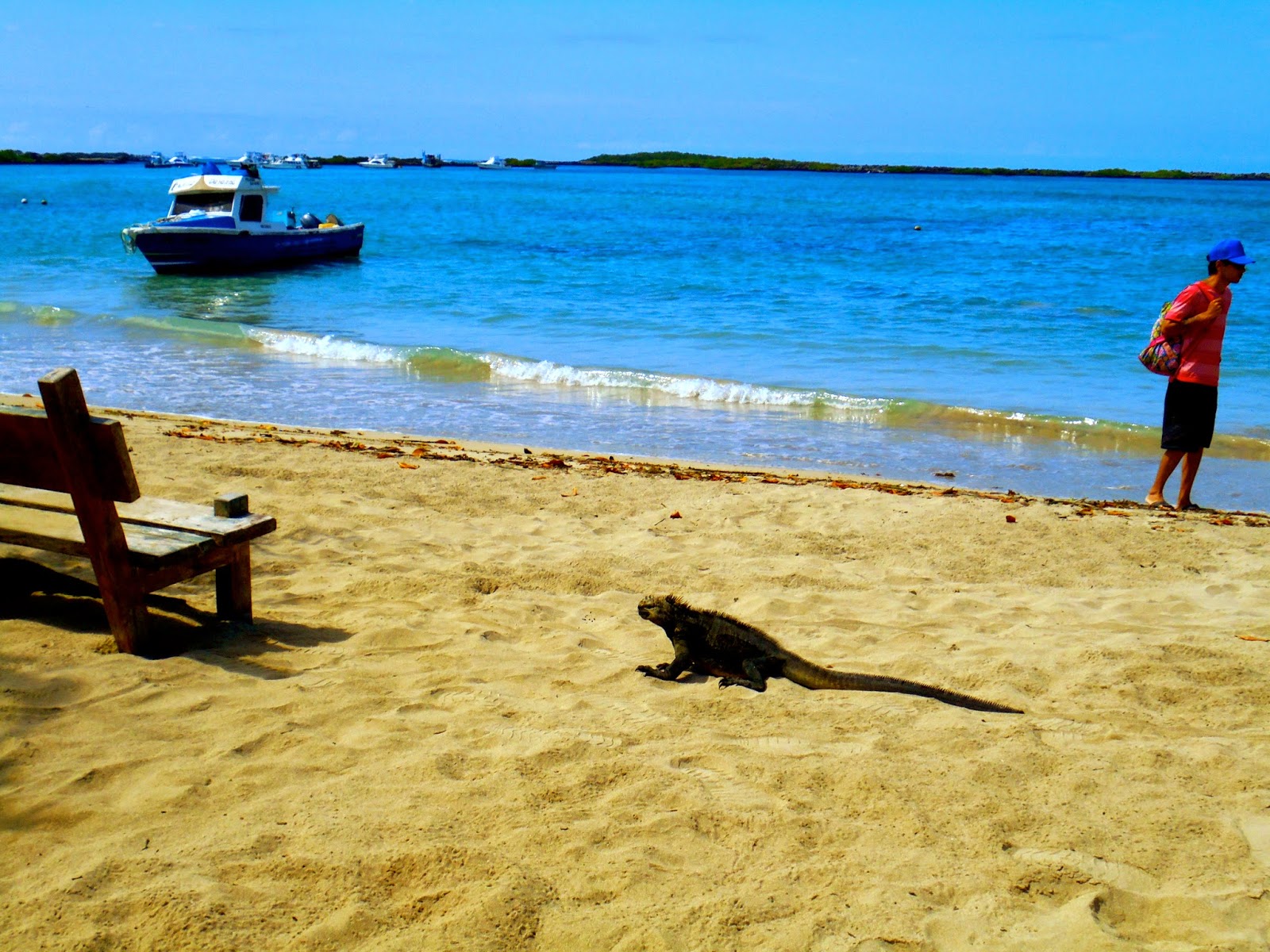 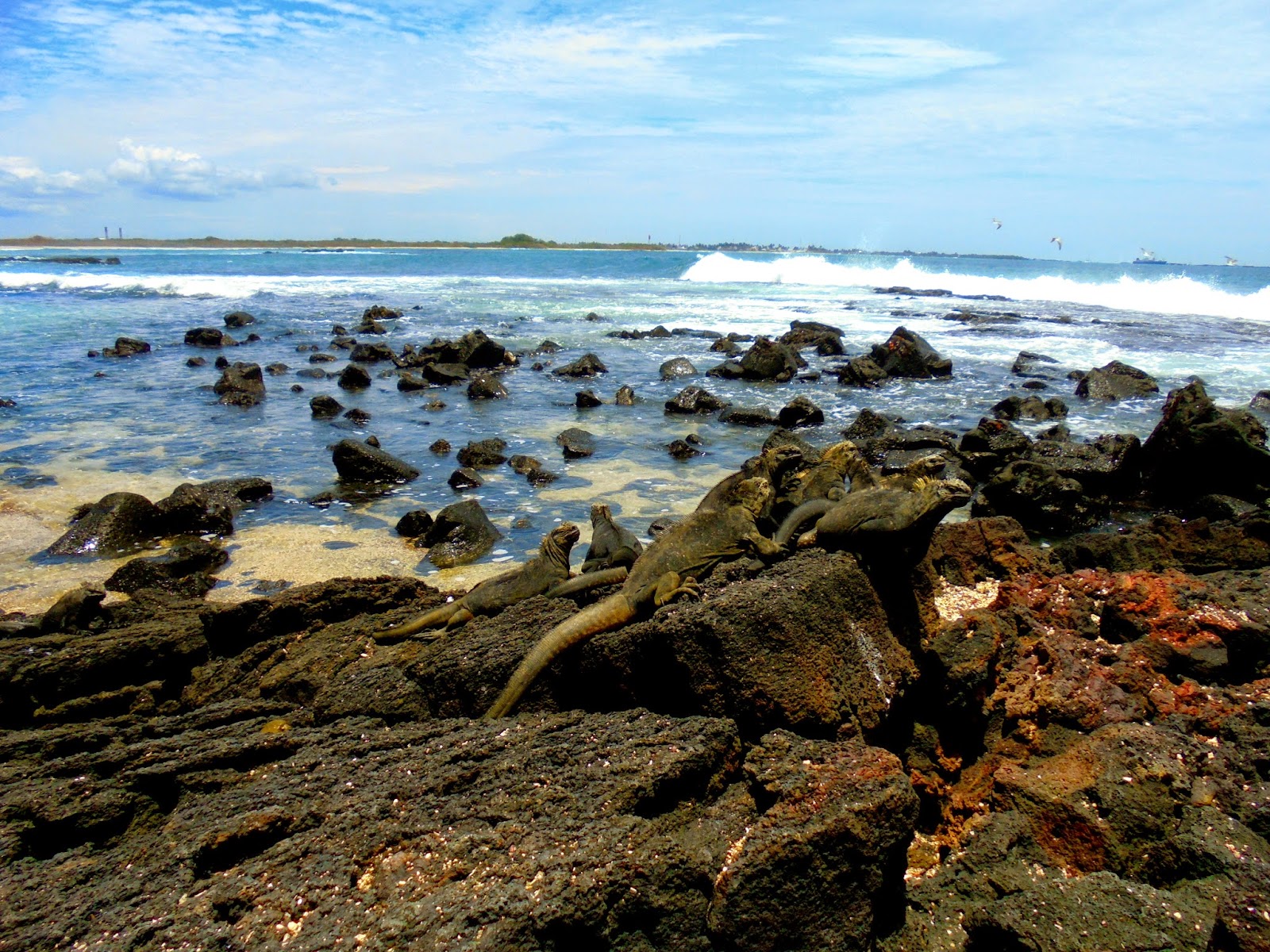 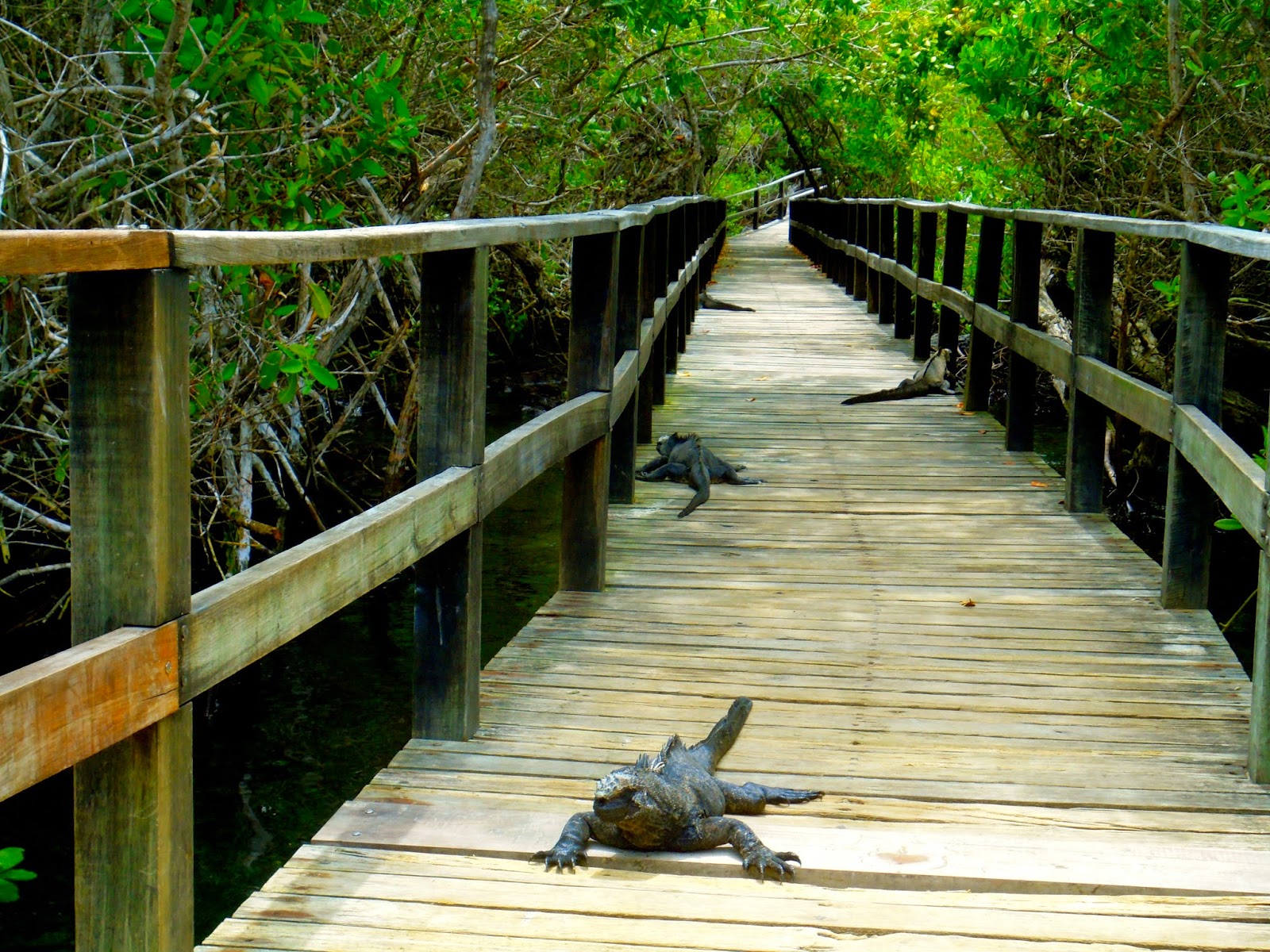 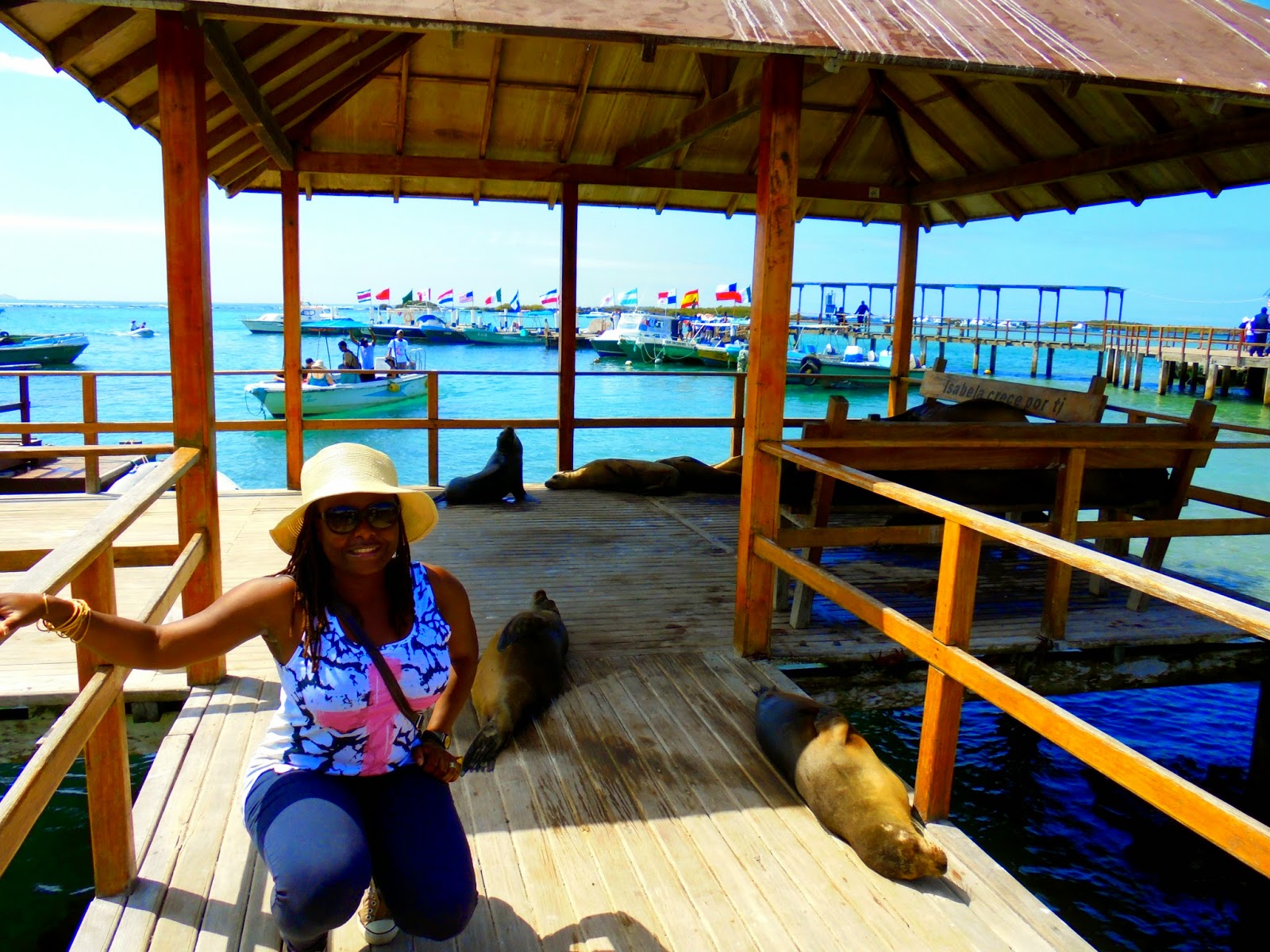 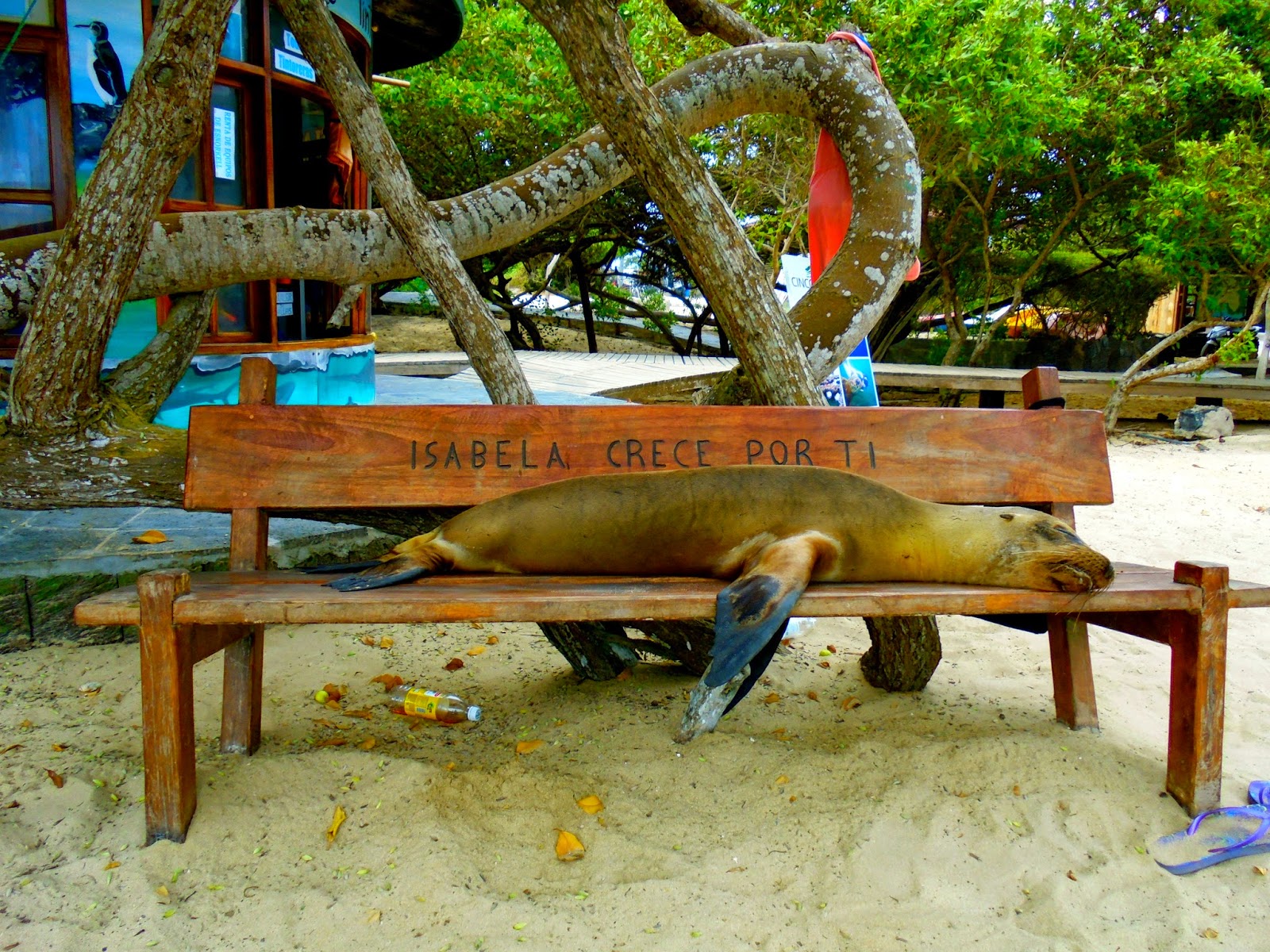 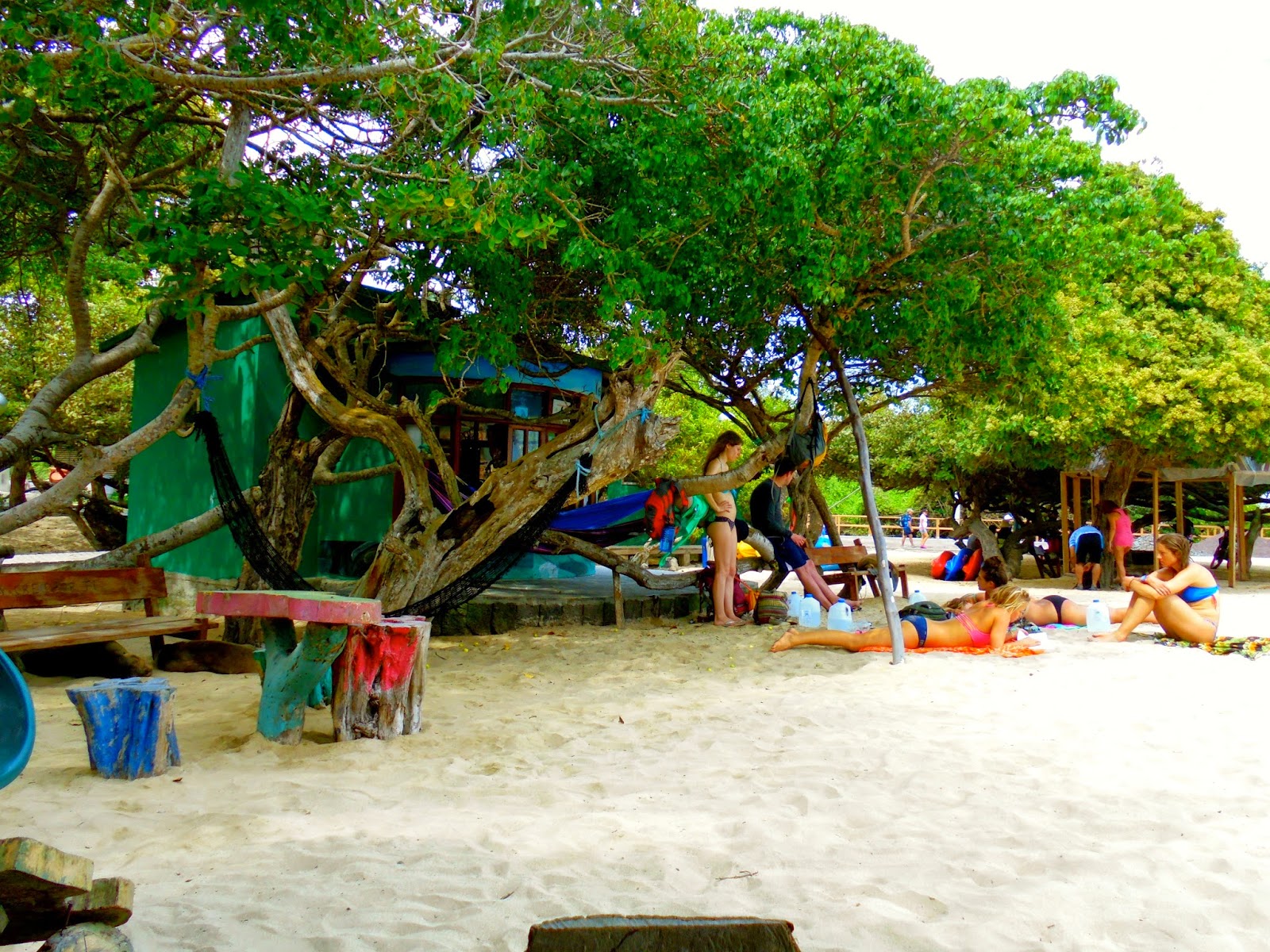 Two penguins that seemed to be playing with each other, they were so cute! 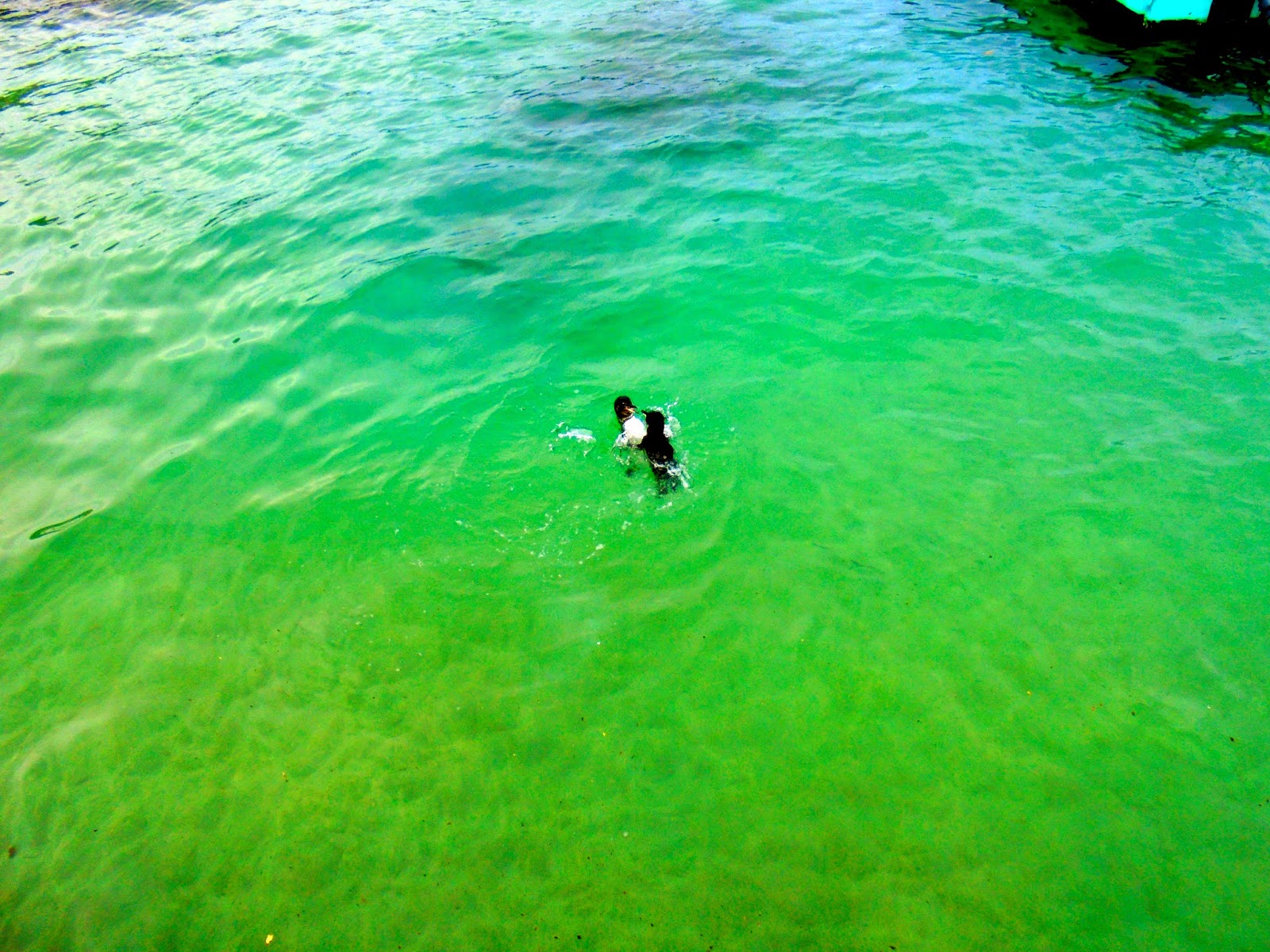 We ventured further into the island where we saw flamingos and visited a tortoise breeding center. As I had mentioned before, there are aggressive efforts aimed at increasing the tortoise population on the various islands in the hope that they will be restored to the same population that existed before humans landed on Galapagos. Those darn humans, right? 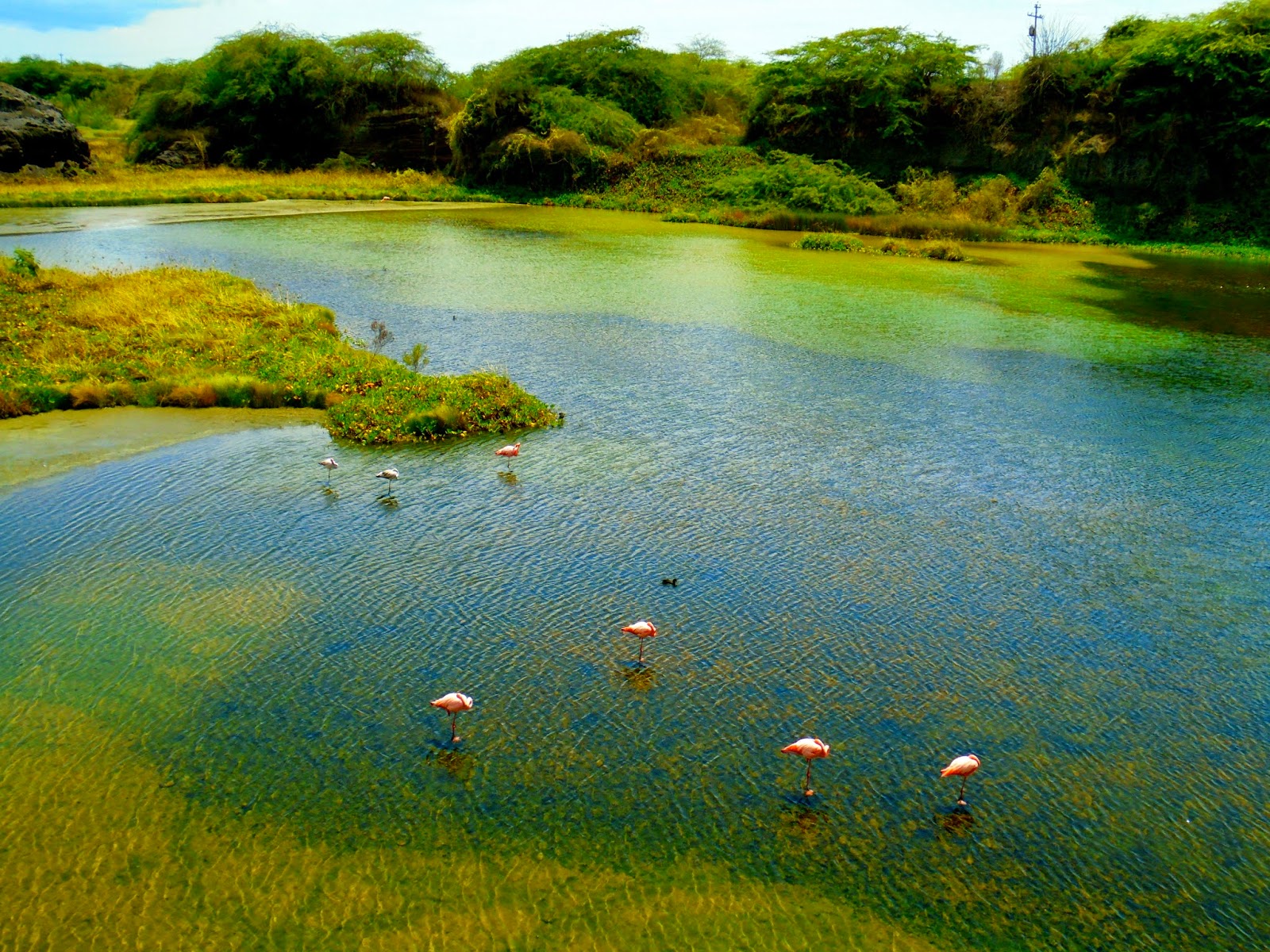 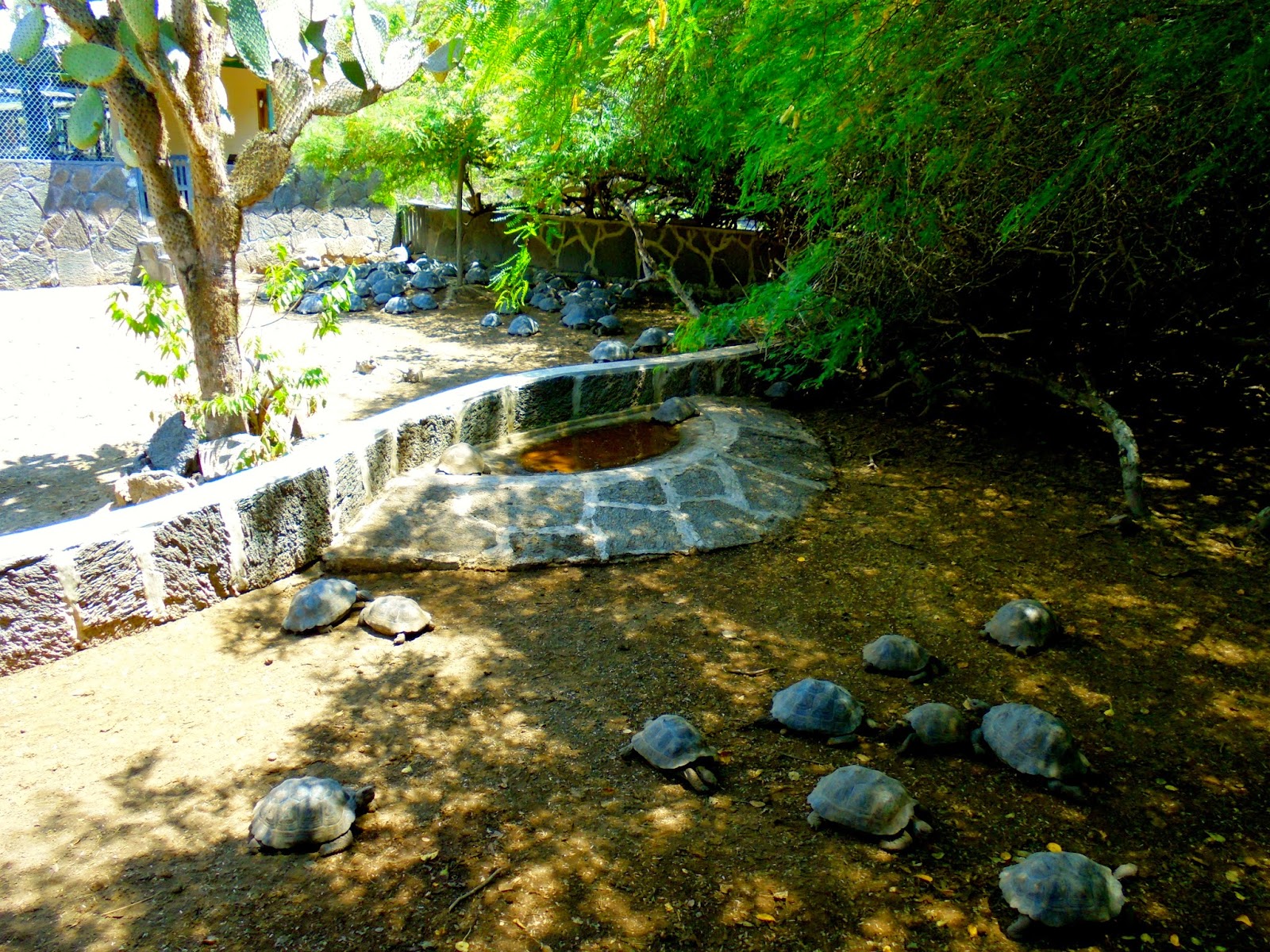 We continued exploring the island and learning new things which was really interesting. Later on in the afternoon after lunch we got an hour extra to lounge by the beach and relax, with the oppressive heat I was only too happy to find a spot under a tree and chill, watching the activities around me. After the free hour was up we headed to the dock where we took the boat back to Santa Cruz.

That's it folks, it was a long day of learning and exploring and I did enjoy it even though the heat did a number on me. My day was well spent and I am glad I chose to spend my birthday in Galapagos. I had a nice quiet dinner of one and treated myself to the sweetest cocktail on the menu in a bar nearby before calling it a night. HAPPY BIRTHDAY TO ME!

PS: Internet sucks on the island and its a struggle writing this blog, see how dedicated I am at keeping you folks posted?