Today I had another tour but this one was focused on Santa Cruz island where I am currently staying at. Early in the morning we headed to a private finca where we got to see tortoises living in their natural habitat, the guide instructed us to make sure we had socks on or carry them with us if we had sandals because we would later on need them. I really didn't know what to expect but as soon as we got to the finca I understood what he meant. Turns out we had to wear boots to protect our feet from the elements and since these boots are available to the public, socks do indeed come in handy! unfortunately I chose to wear shorts not anticipating flies and ants so I ended up getting several bites on my legs.

The finca was really pretty and the area looked so lush with green vegetation everywhere, the guide was telling us that since the area is situated in the highlands, they get more rain and its easier to practice farming. Despite the sun not being too hot, it was really humid and I was sweating buckets! I am not kidding you when I say that sweat was actually dripping from my face and I looked like a hot mess to say the least, a dripping hot mess.

We got to see tortoises in their natural habitat which was pretty cool and some of them where not shy because they are used to humans so you could feed them while not touching or getting too close to them. Apparently they are very sensitive so if you have sunscreen or cream on your skin and touch them, they could get sick from the chemicals.

We toured around the area and even got to enter some caves that were created by volcanic activities which was pretty cool. Speaking of cool, inside the caves the air was very fresh and the temperature was cool which felt good after coming from the humidity outside. The caves were not so extensive but it was still interesting checking them out. 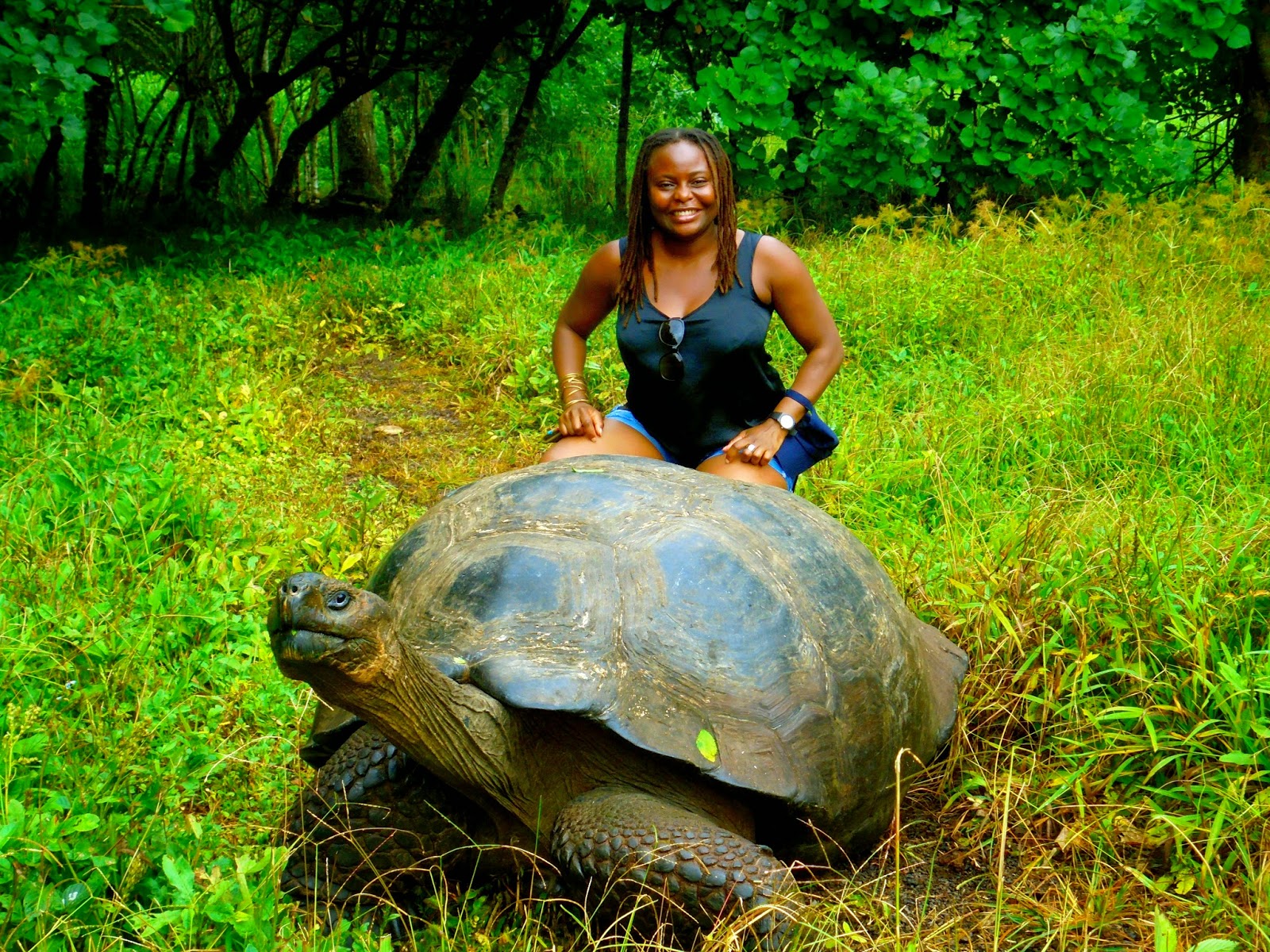 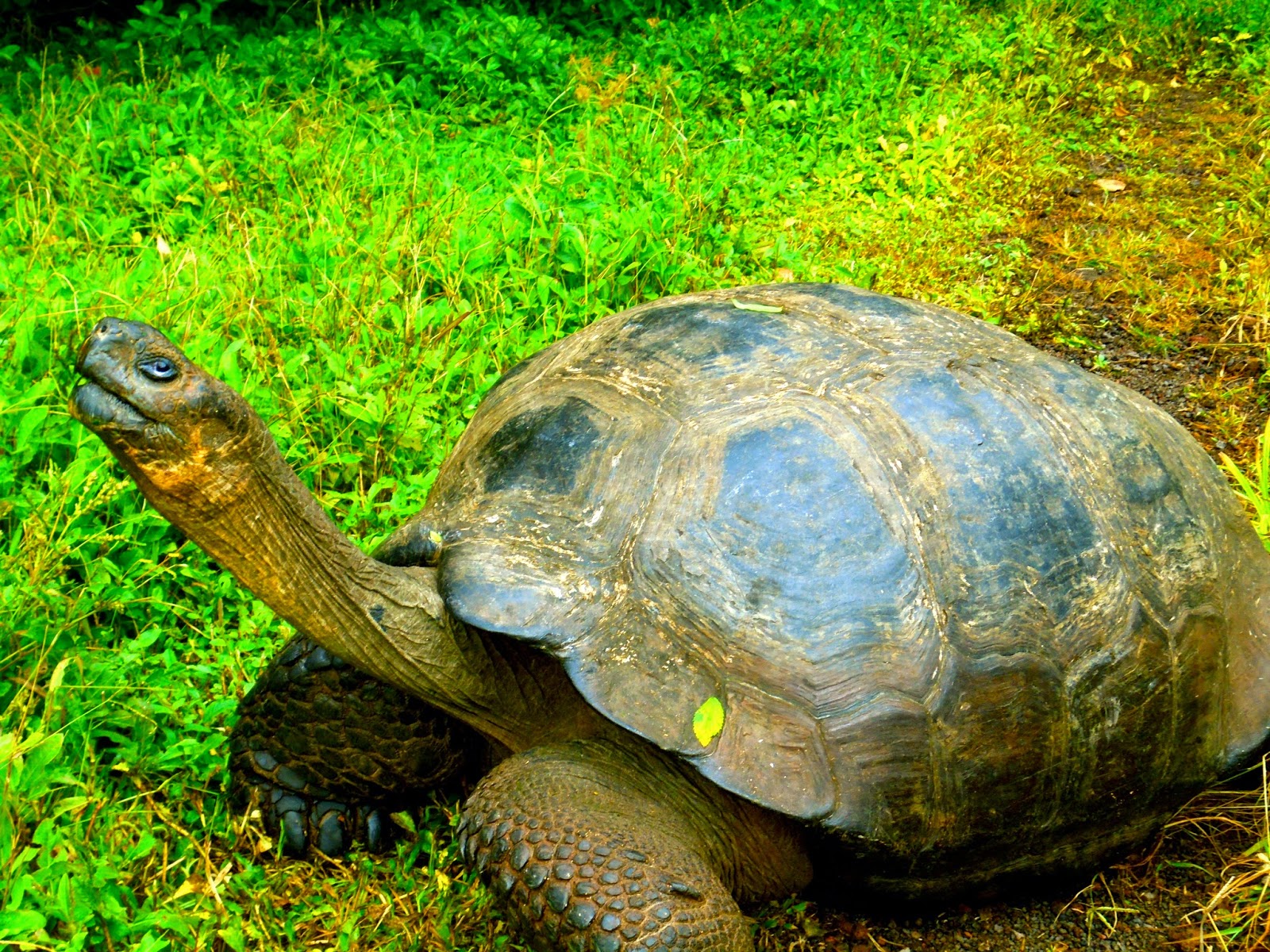 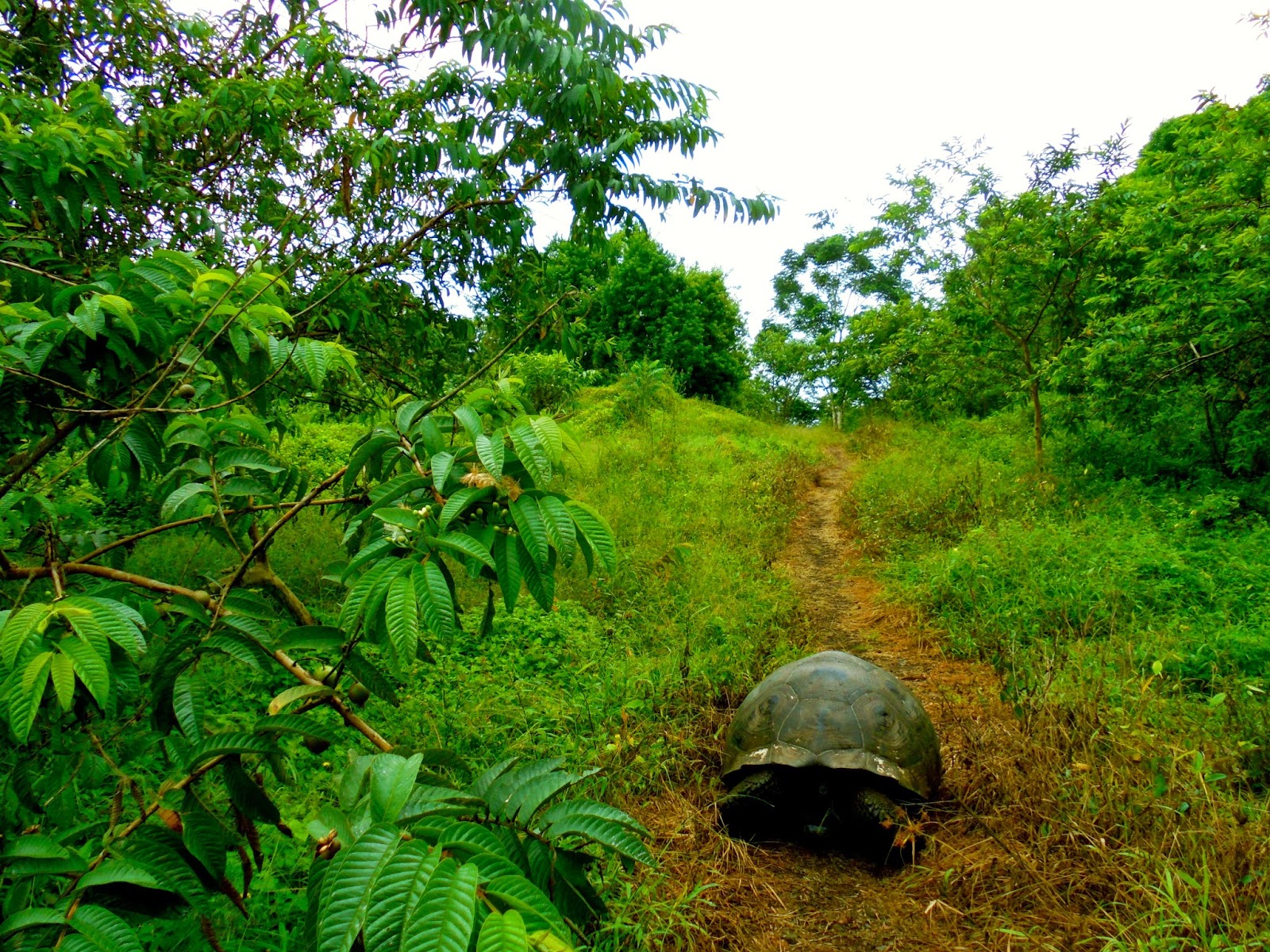 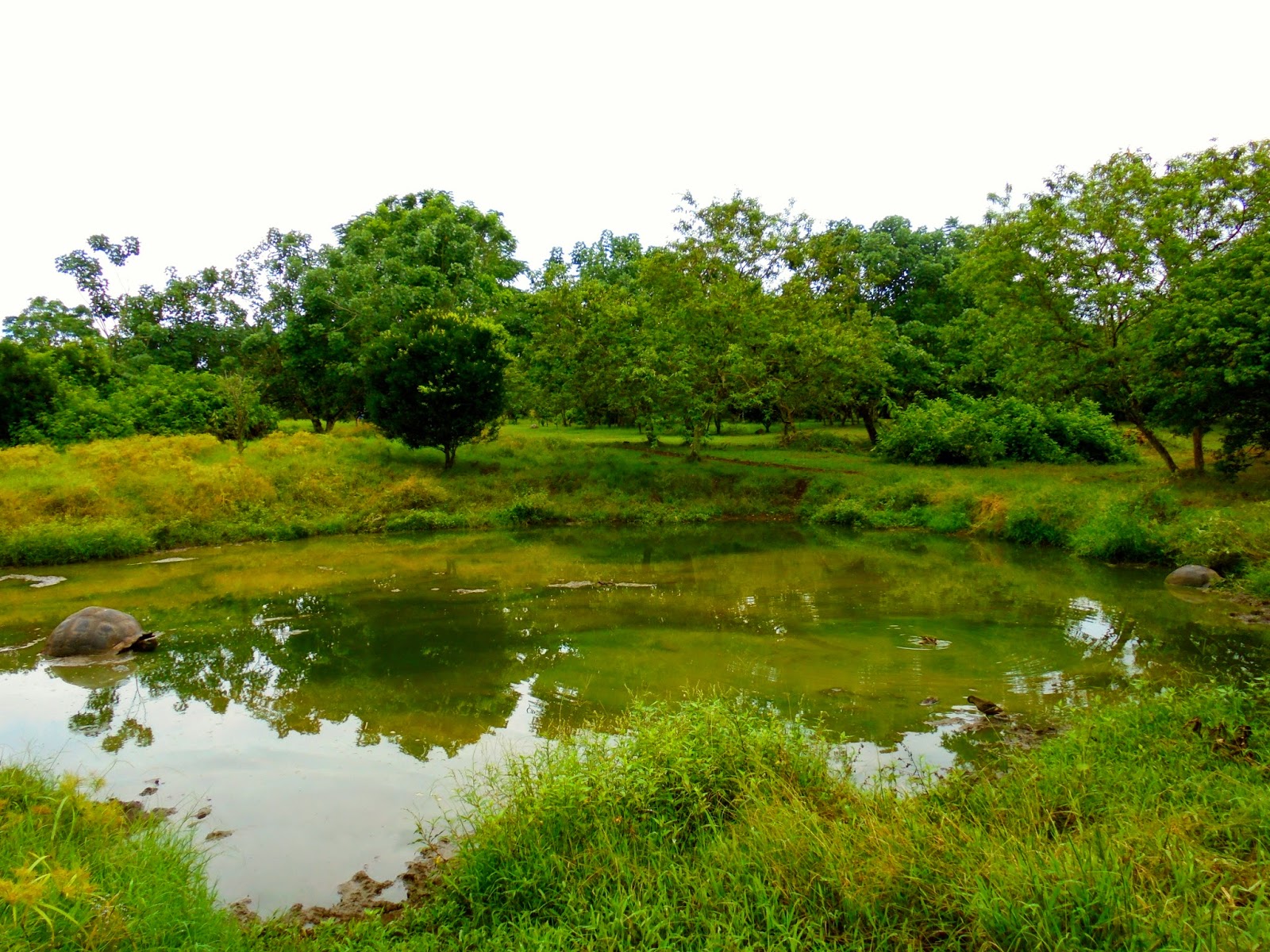 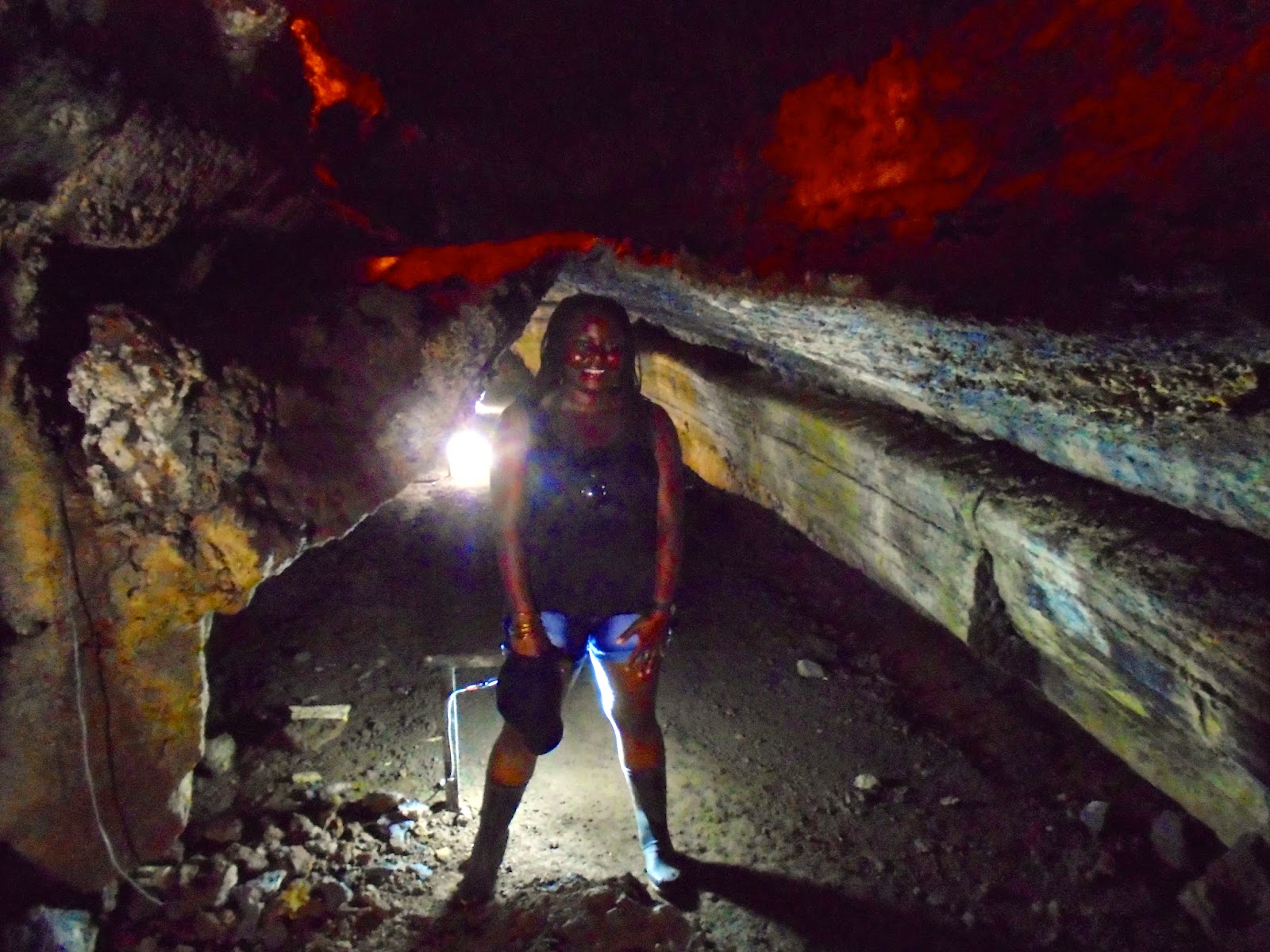 Look how green everything is, it was very beautiful and the picture doesn't really do the scenery justice. 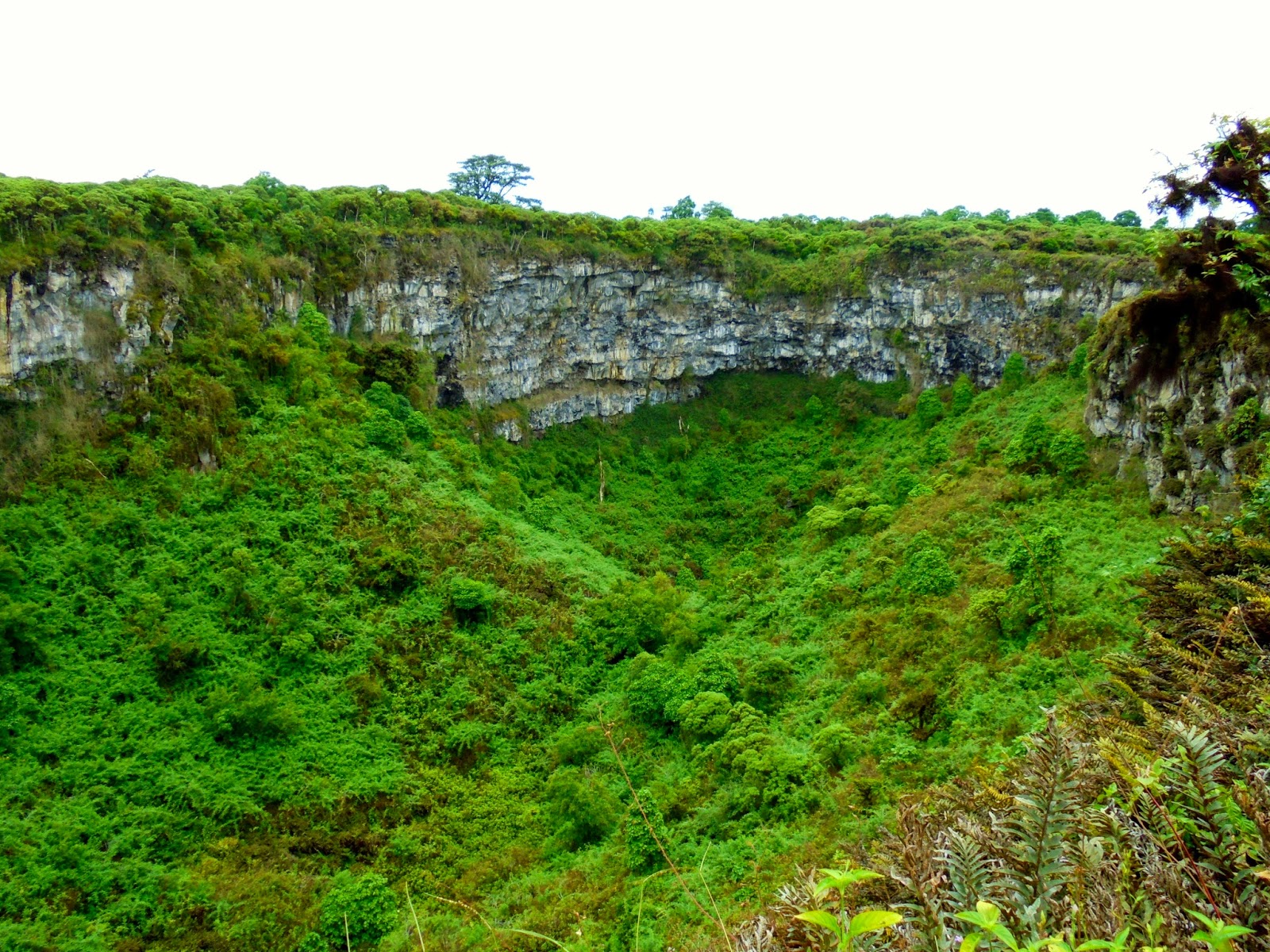 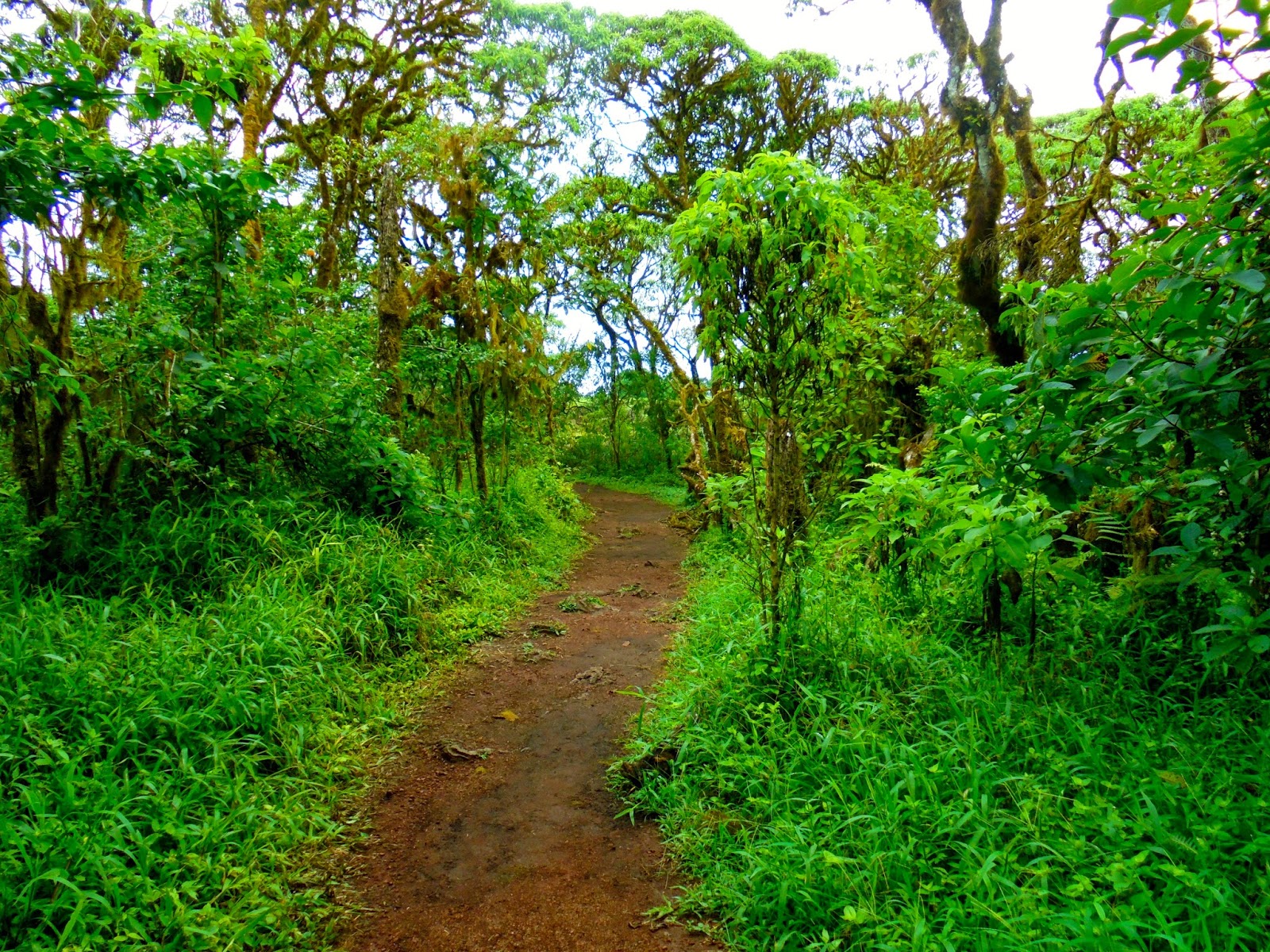 Later on in the afternoon I got to visit Tortuga Bay which is a beach that has the softest sand I have ever experienced. Walking on the sand felt so good and folks were telling me that it never gets hot even when the sun is out in full force so you can comfortably walk without feeling any heat from the sand. Getting to the beach was quite a walk but when I got there it was all worth it plus I did get some exercise in so all that walking wasn't so bad.

I walked up and down the beach and hang out just enjoying the scenery, it was very tranquil and there were not too many people around. This one couple from Argentina struck a conversation with me and  they ended up keeping me company. Speaking of Argentinians, I have encountered so many during my trips and the couple was even telling me than in all of South America, Argentinians tend to travel more as backpackers so you will run into them a lot. For them its very common to take some time off work to travel for extended periods of time.

Below is a picture of the long walking trail to Tortuga Bay, who can complain about having to walk for almost an hour on this trail? it's very pretty. 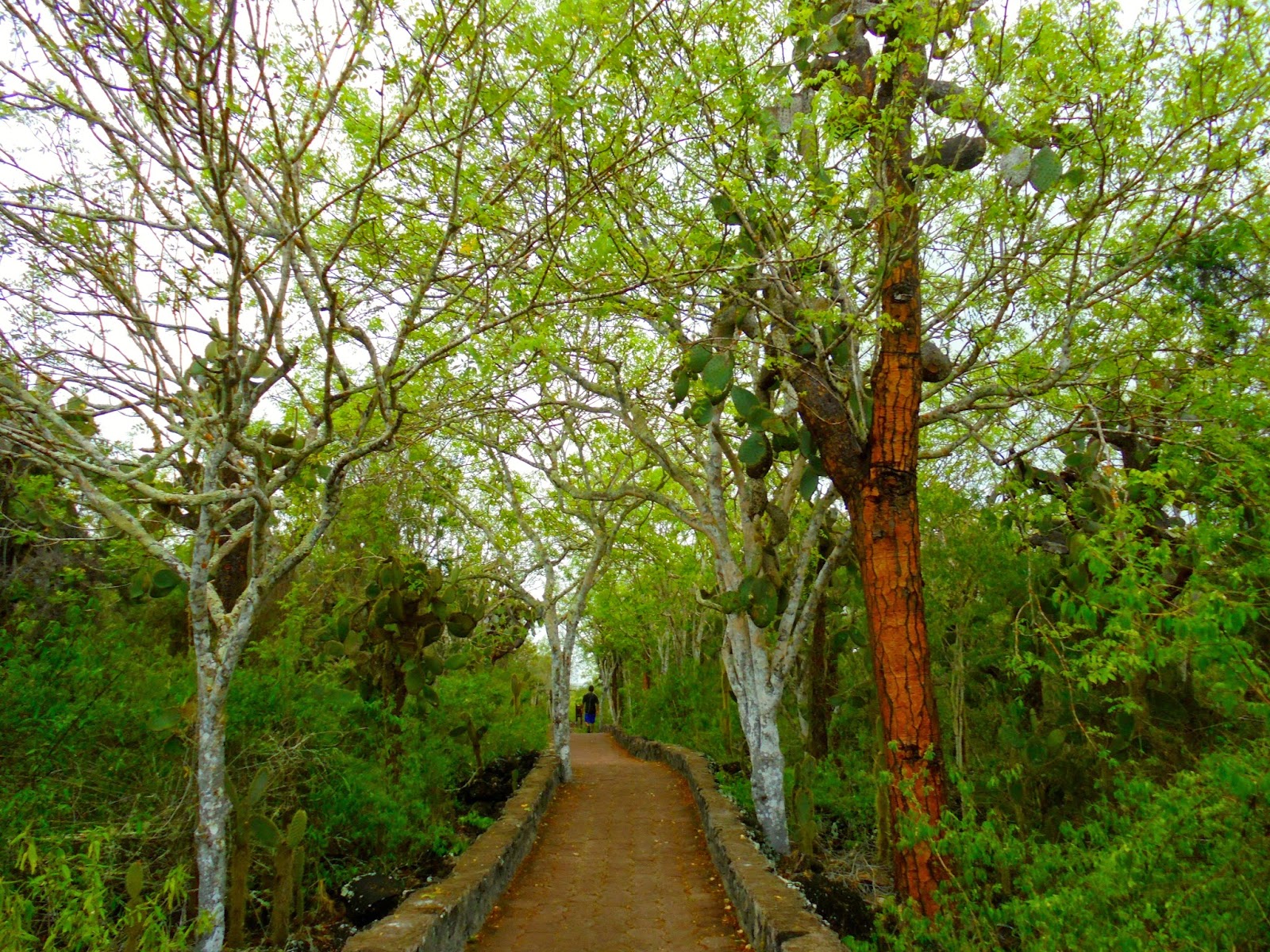 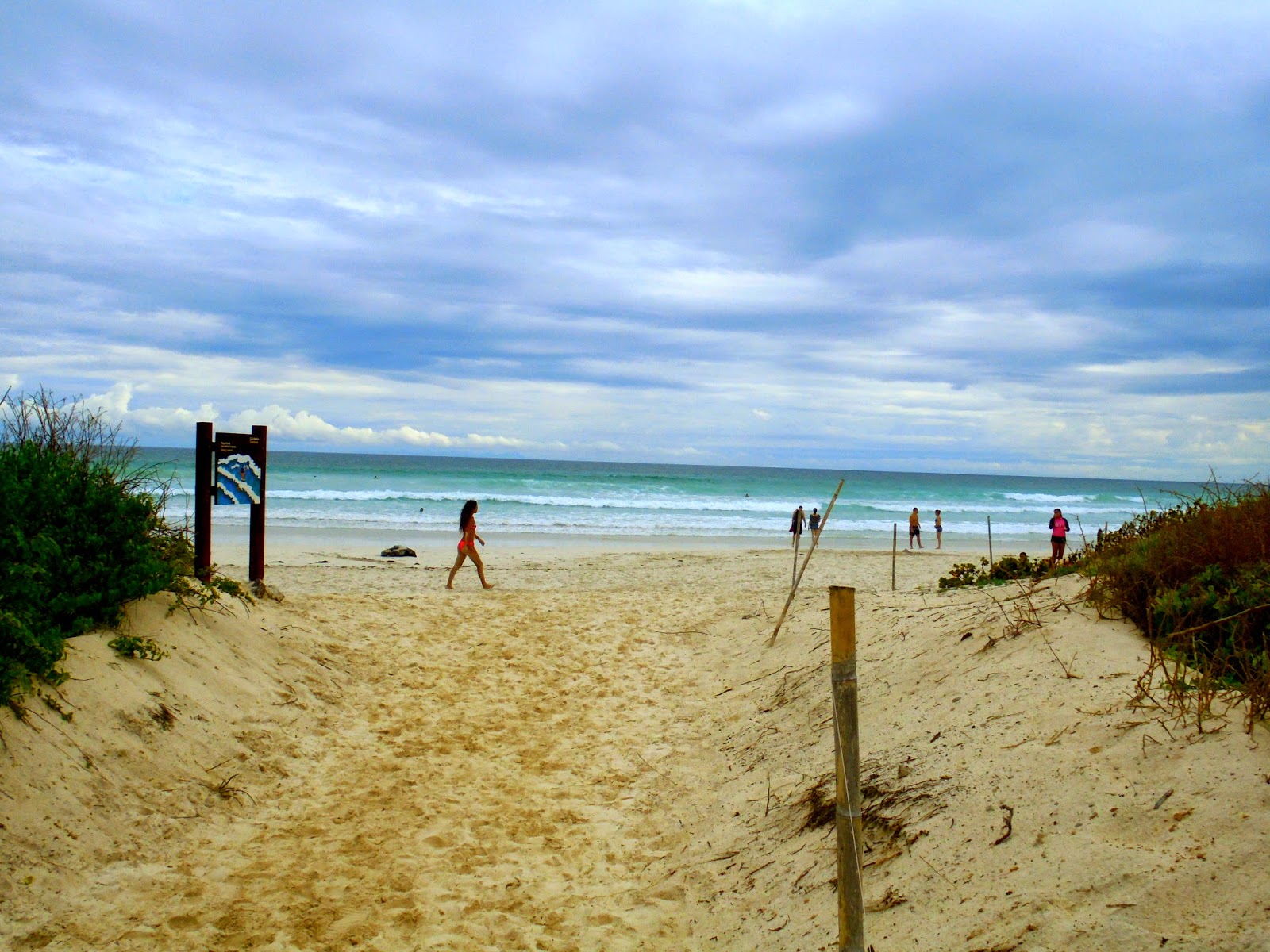 Iguanas just chilling on the beach without a care in the world. 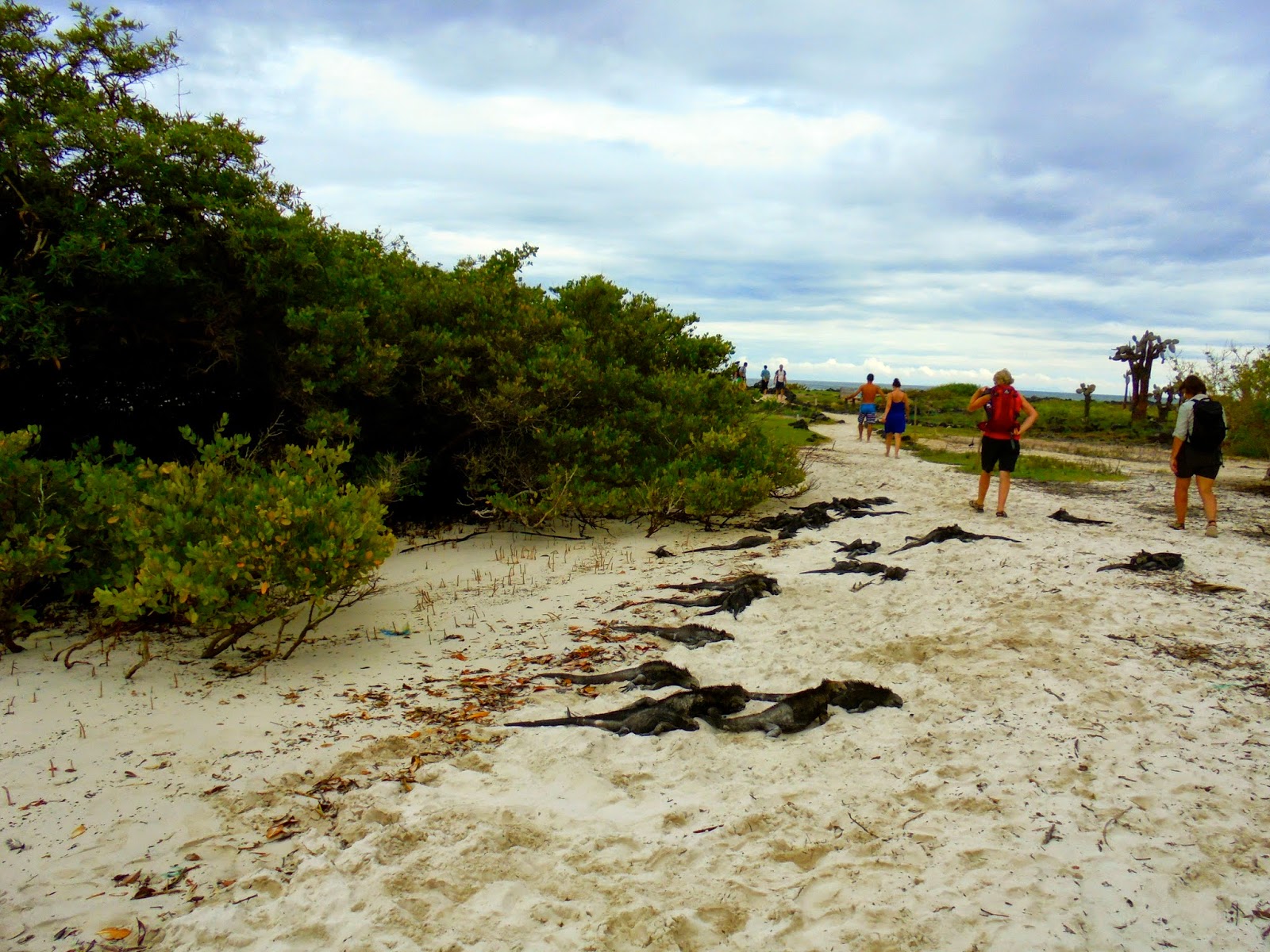 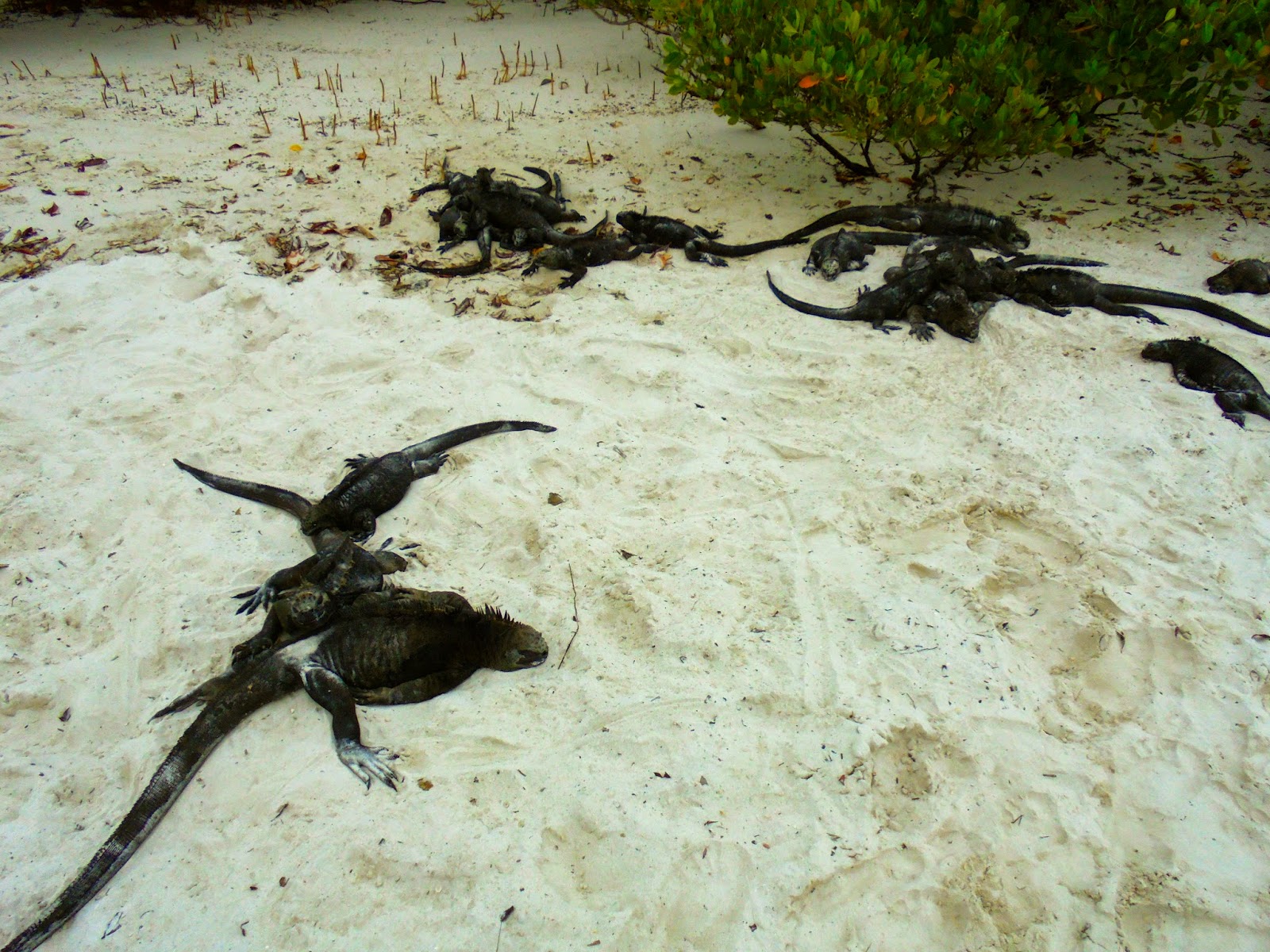 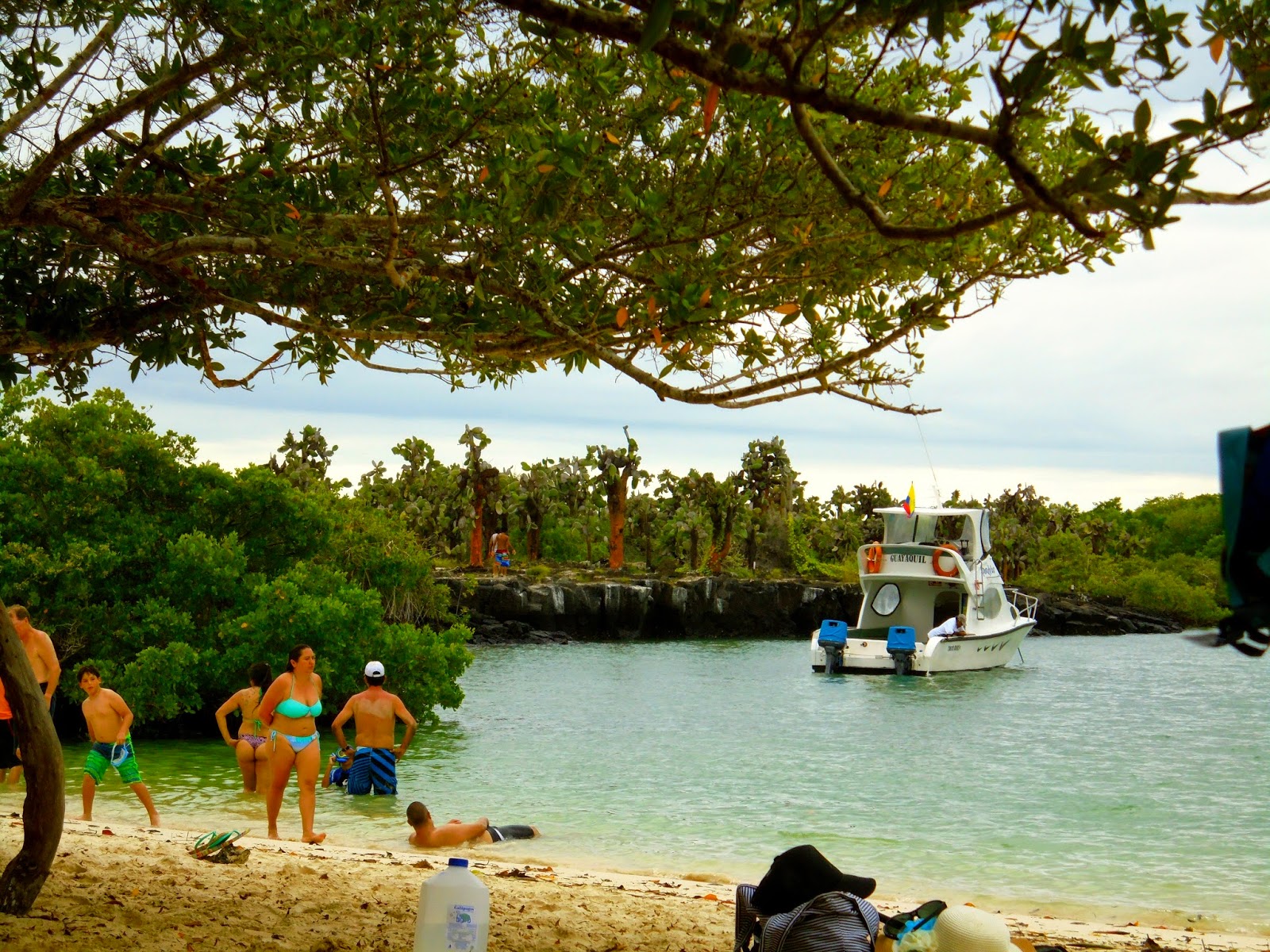 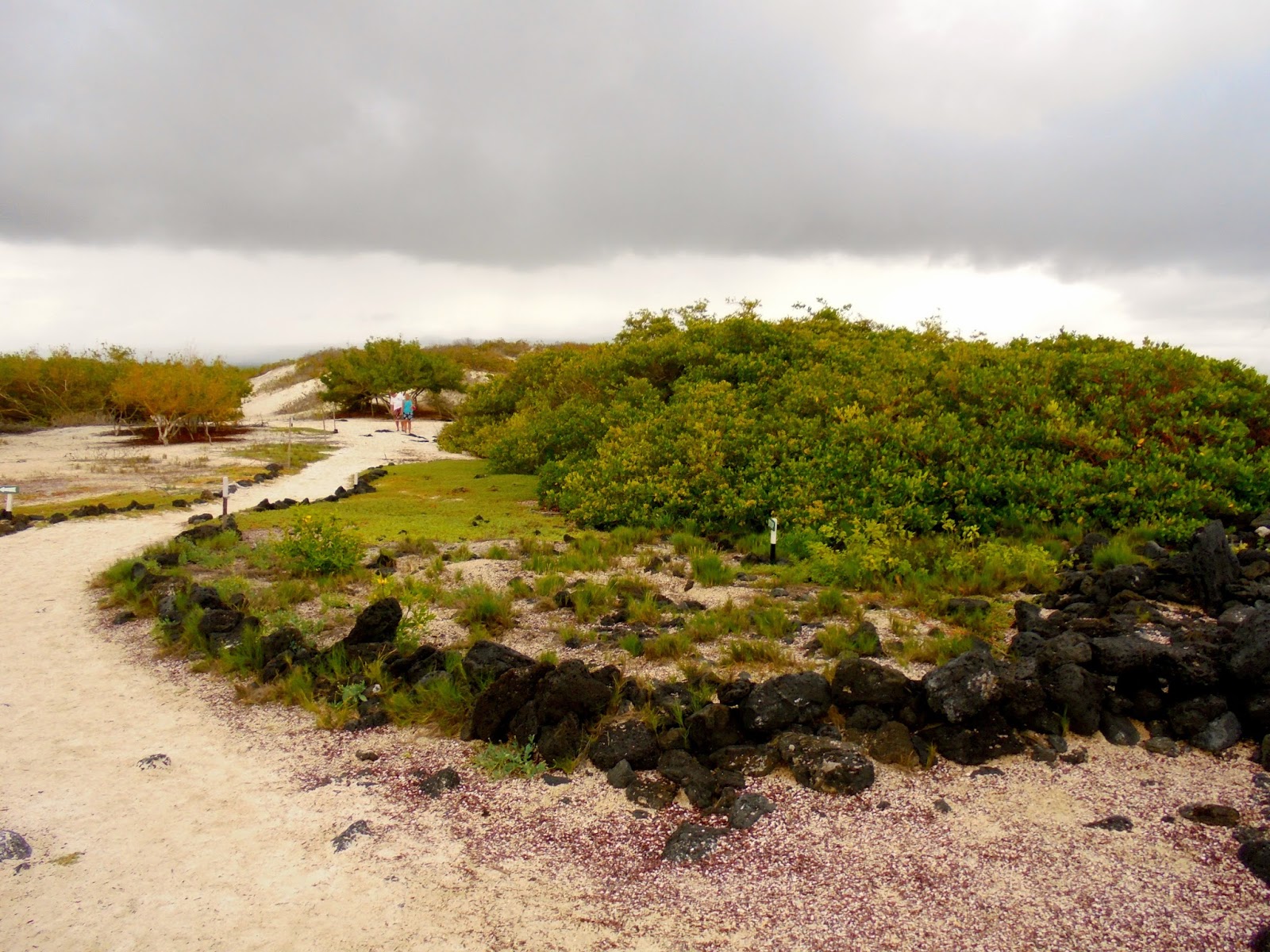 It started raining on my walk back to the main part of town from Tortuga Bay but I couldn't resist taking a couple of pictures. 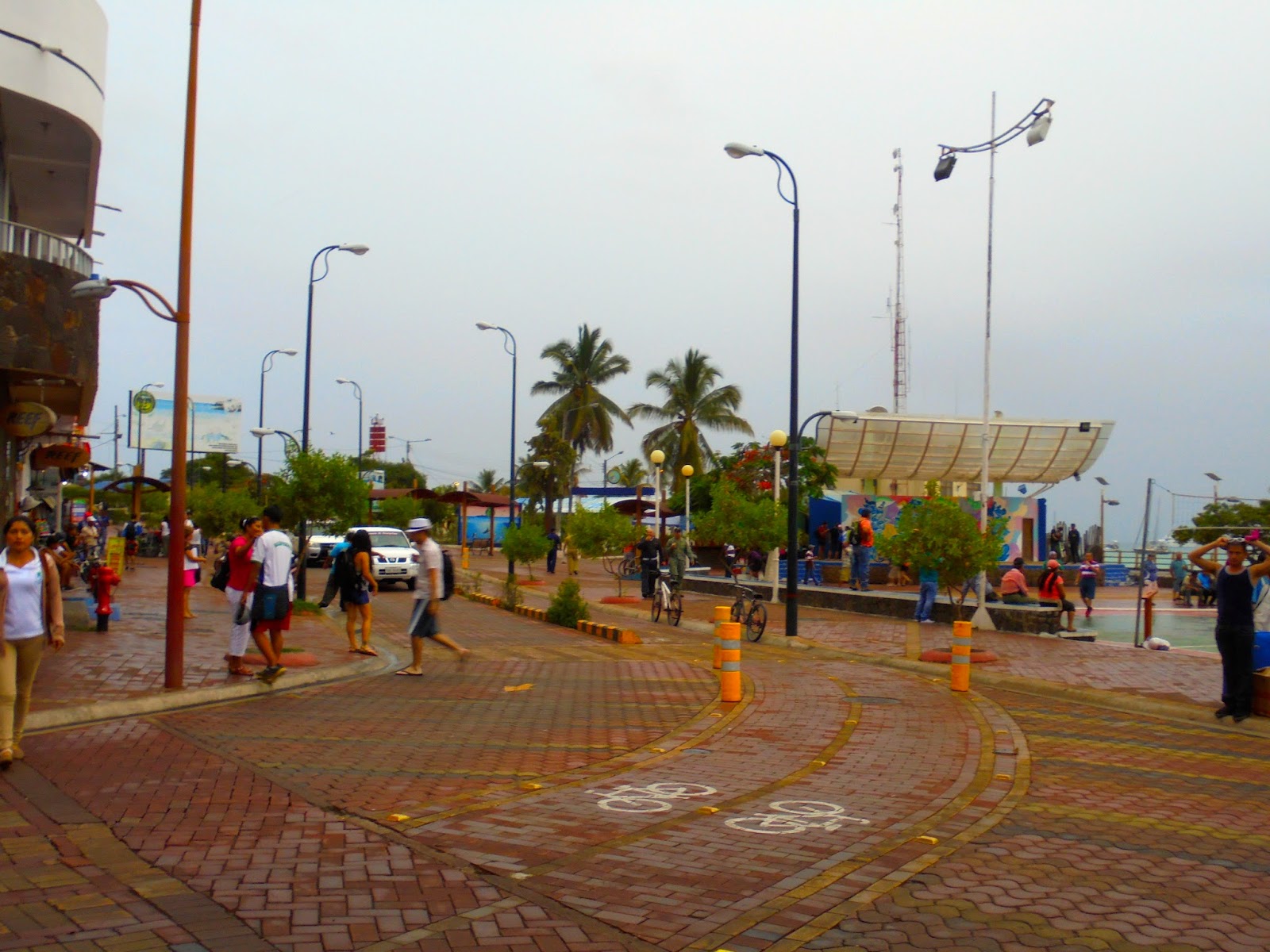 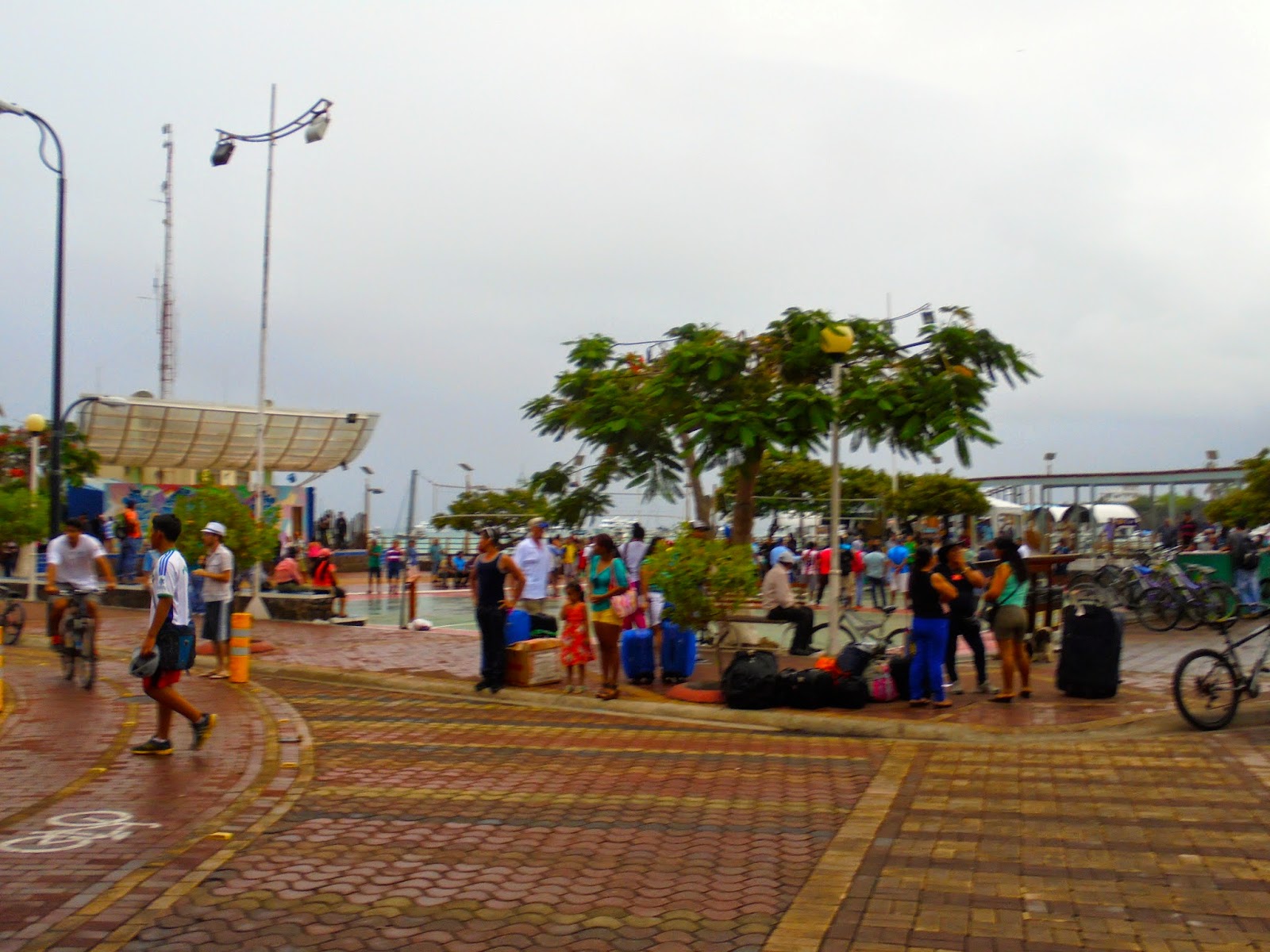 That's it folks, today was more laid back which was fine by me considering how active yesterday was. This is my last full day in Galapagos before heading back to Quito tomorrow, it's been fun although my skin is now paying for it thanks to the intense sun exposure but it was all worth it.

Argentinians have a distinct accent that's just different, they use the shh sound a lot which I think sounds kind of cute. Here are a couple of examples to give you an idea of what I am talking about, they pronounce plaza as plasha and subir (to go up) as shubir.

Chatting with tour guides will usually teach you some interesting things. I was chatting with the tour guide who took us to the finca to see tortoises and he was telling me that the residency requirement to live in Galapagos came into effect in 1998. Prior to that anyone could land on the island and live without restrictions but to conserve the islands the government decided to restrict population thus introducing residency requirements. All the people who lived on the island prior to 1998 were automatically given residency and anyone coming in after that time could not automatically become a resident of the island and they were limited to the amount of time they could stay on the island. This included Ecuadorians as well.

Apparently the government gave the residents land for free prior to 1998 when residency requirements came into practice so everyone has land and everyone has a job so you will never see beggars on the streets or worry about being robbed. Most people work in the tourism industry which brings in good money plus a lot of them have converted their land into income generating ventures.

Since my hotel room is situated across from the sea, I get to sleep to the sound of waves every night. Today I was moved to another room which doesn't face the sea but the upgrade makes up for it. The room is huge! you should see the bathroom also, it has too much space. Its a very cute room and even the TV is clearer, not that it matters since I haven't really spent a lot of my time in the room.