I hope you all rang in the new year well and had fun doing so. New year celebrations in Quito were very interesting and I got to experience and learn new traditions. In Ecuador it's tradition to burn effigies as a symbol of burning the old year in preparation for the new year, some of the effigies may represent politicians, famous cartoon characters or no one in particular.

On the streets there were so many vendors selling effigies and colorful wigs and face masks in preparation for the new year celebrations. It was all so colorful and I enjoyed walking through several streets just to see the colorful displays. 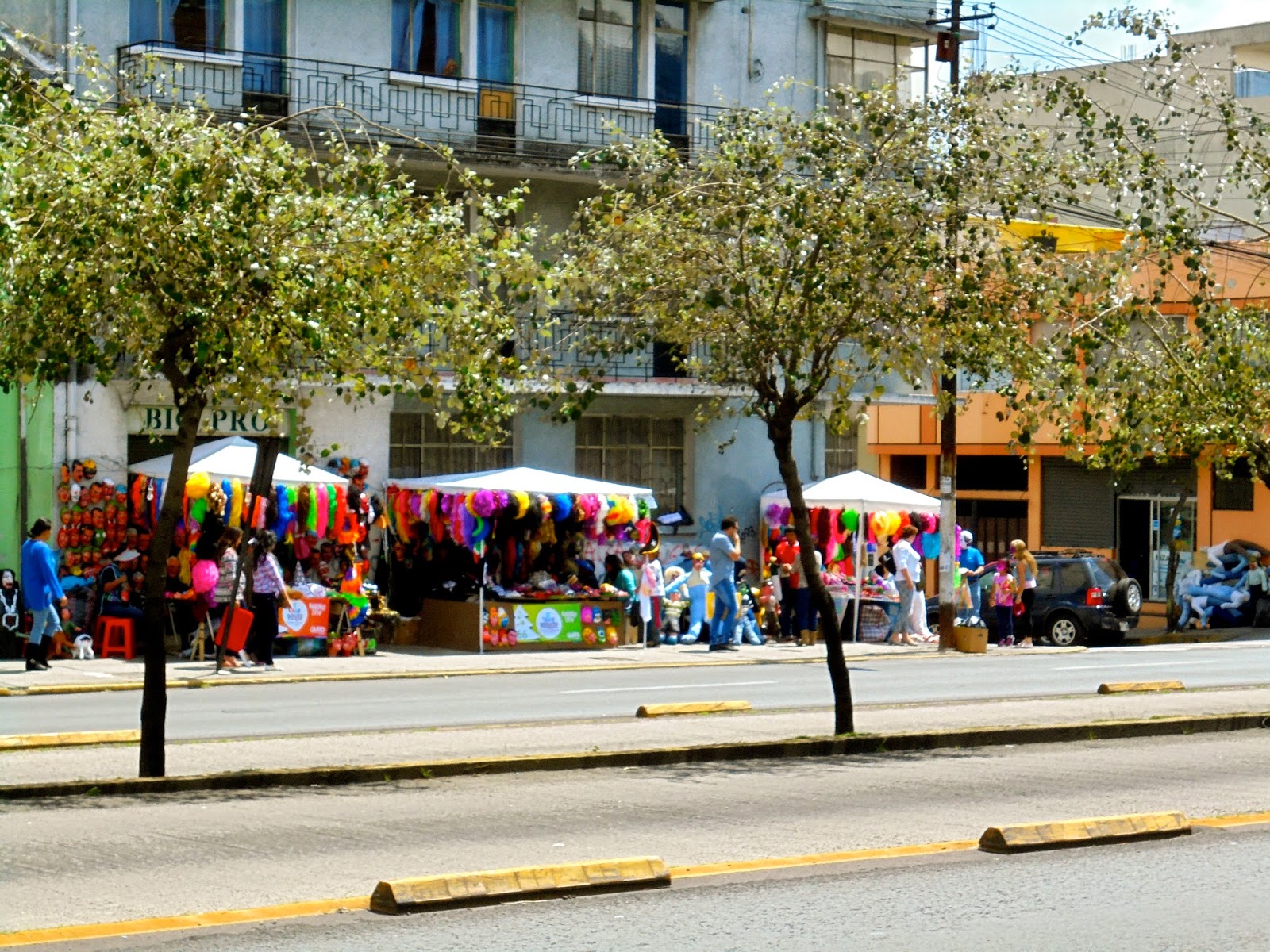 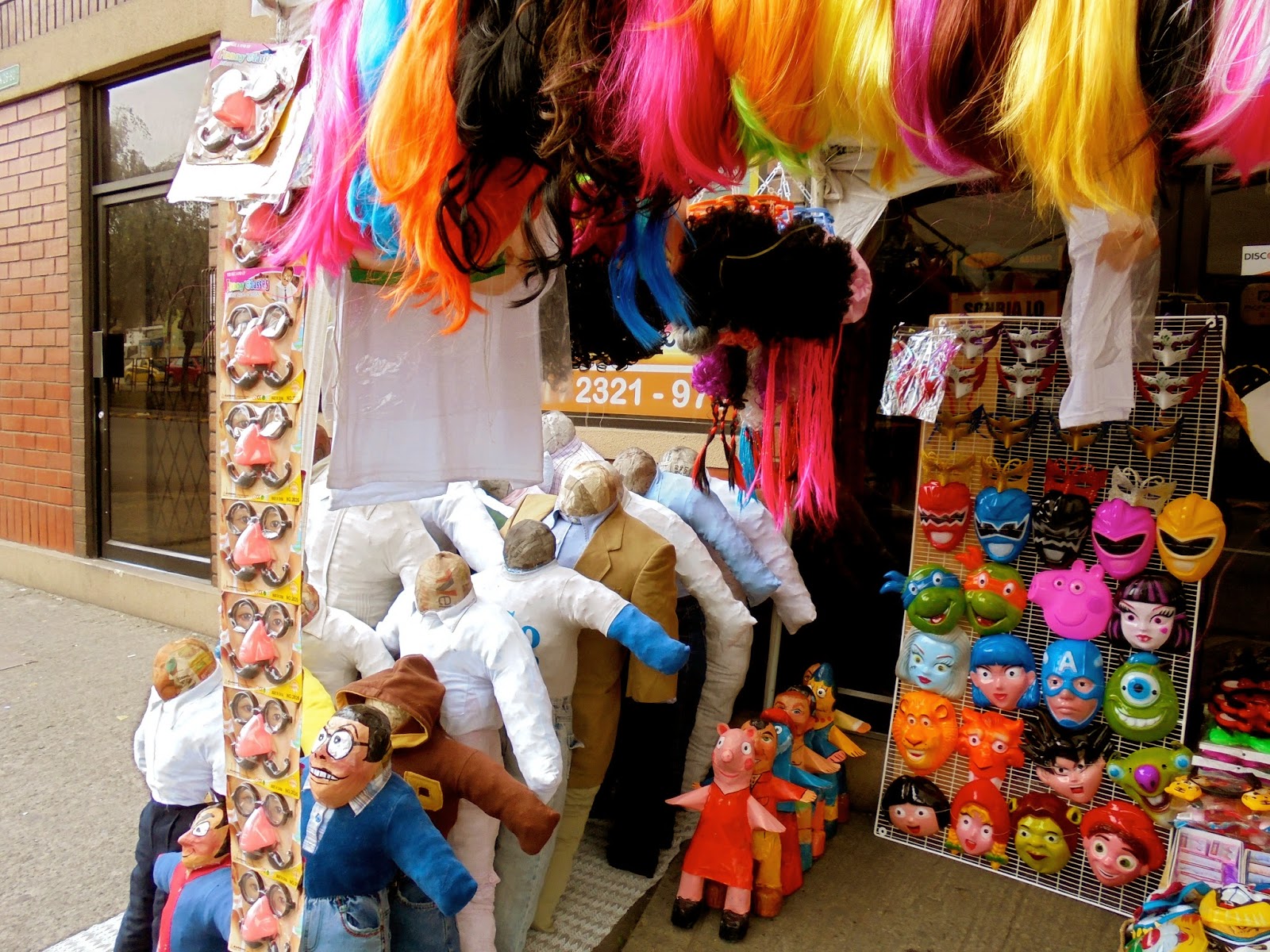 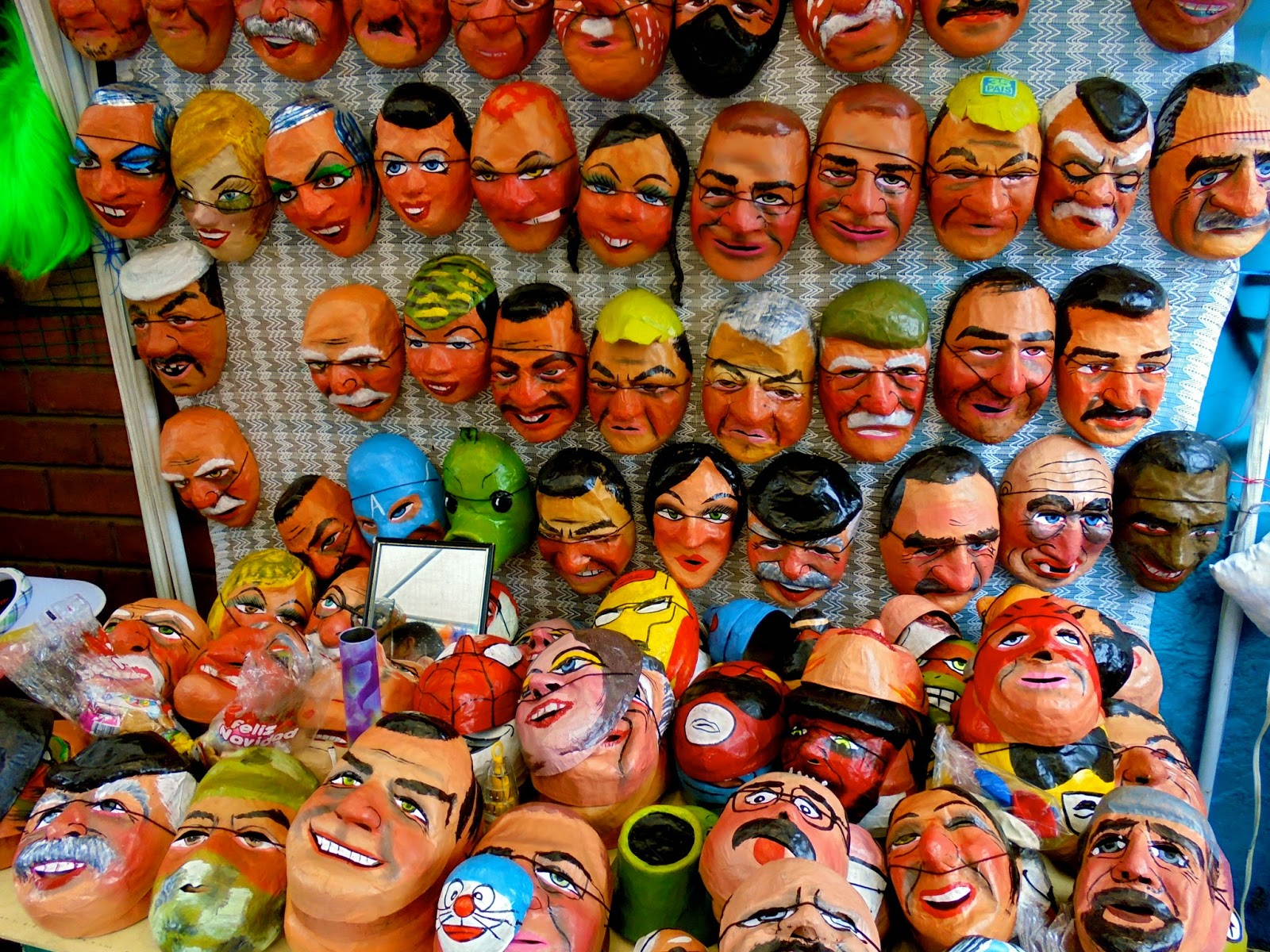 Yesterday being the last day of 2014 there were some celebrations during the day and part of the famous Avenida Amazonas in the new area of Quito was closed off to traffic in order to allow various displays of effigies. There was music and a ton of people walking around checking out the various themes represented by different effigies, the mayor of Quito was also present and he was mobbed by people as everyone clamored for an opportunity to take a photo with him.

This is supposed to be Rafael Correa the president of Ecuador and his image has been followed by some criticism of his leadership. Here is some translation for some of the signs: Power is only for me,  I want re-election, new constitution (I heard he wants to change the constitution so he can extend his term in office to more than the required two terms). 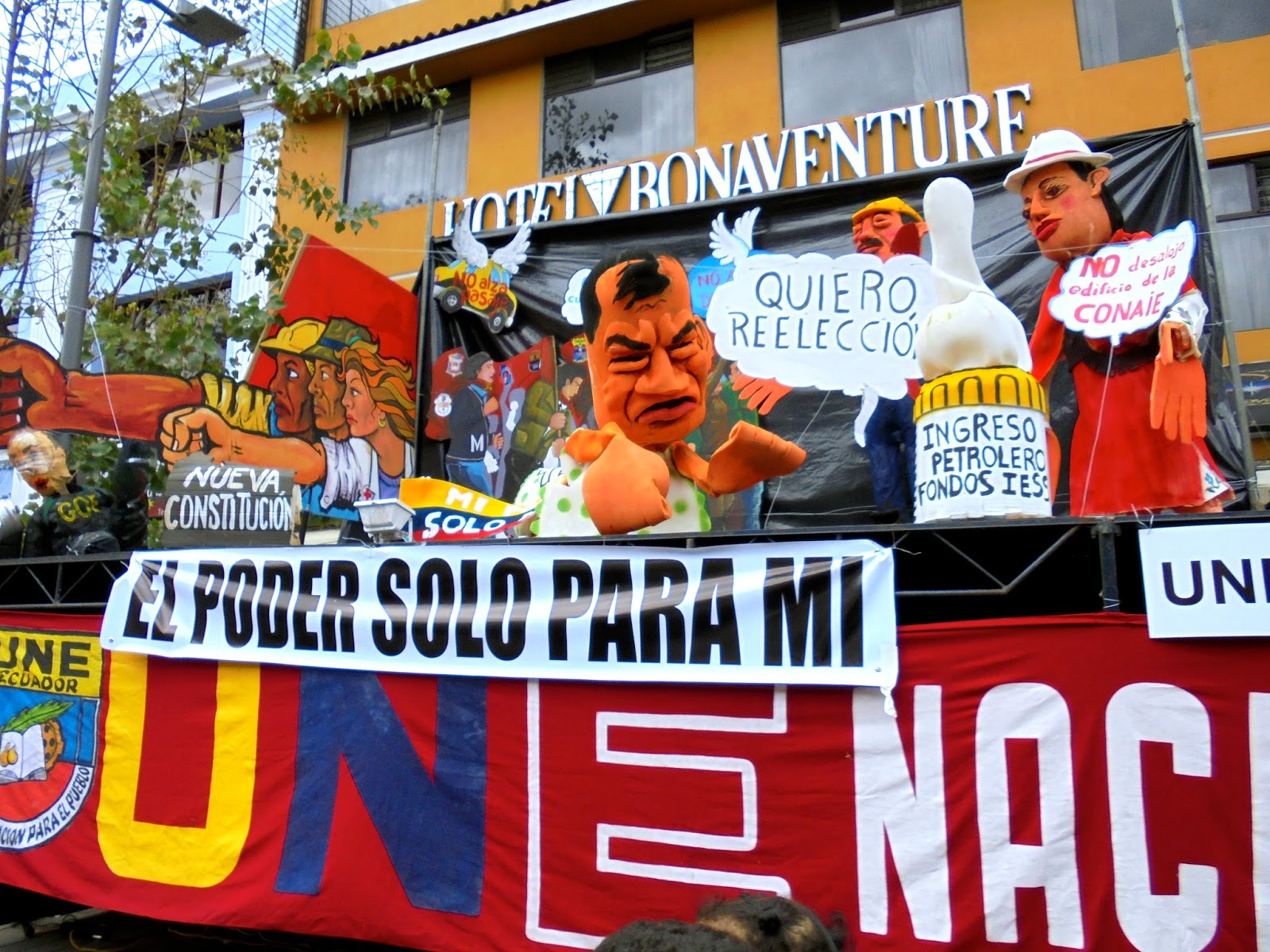 The theme here was domestic violence 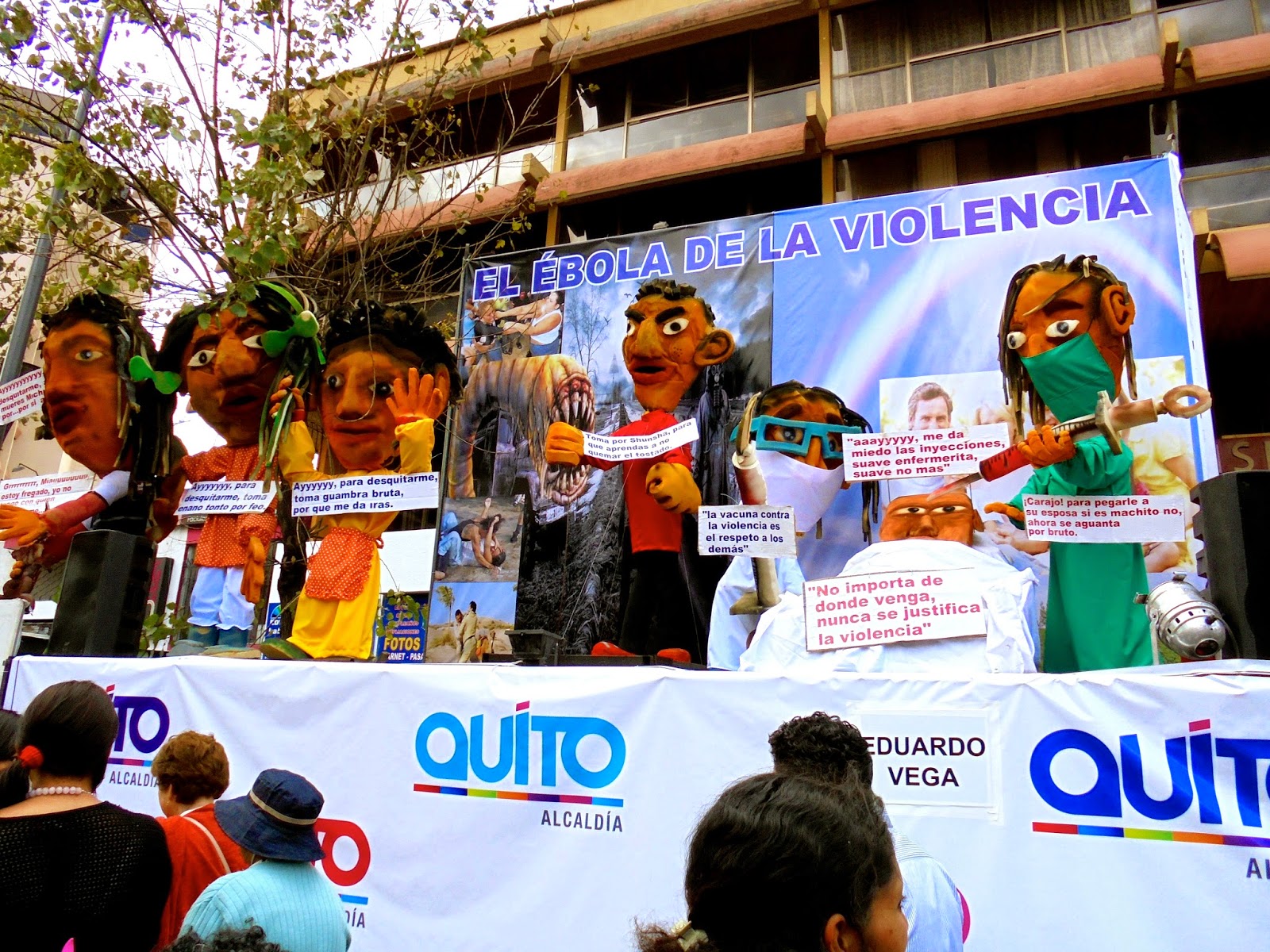 The theme here was equal rights for indigenous communities which actually still face racism, funny thing is a lot of the latinos you see now are a mixture of indigenous people and the Spanish. Ooh! the irony of it all...... 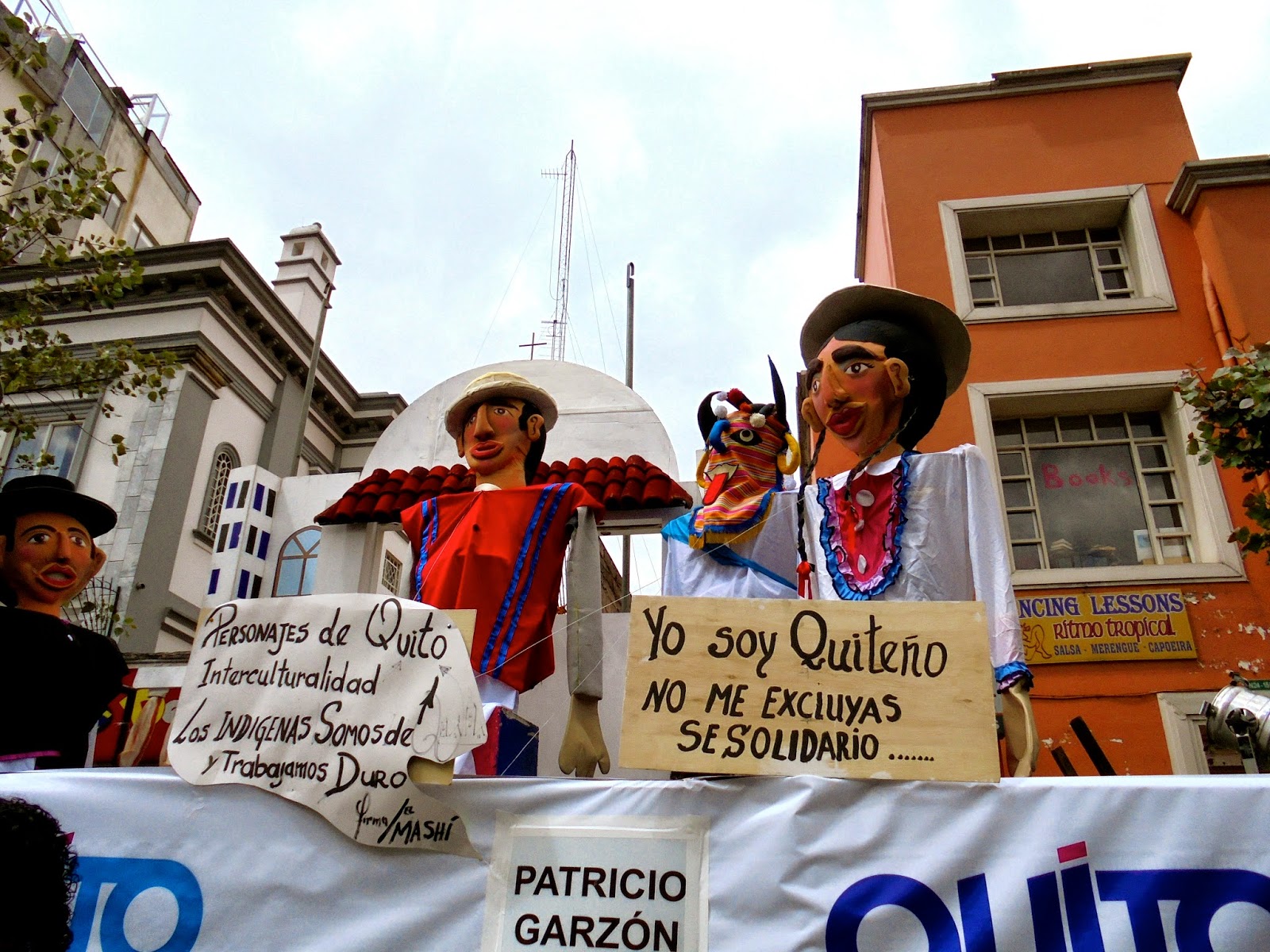 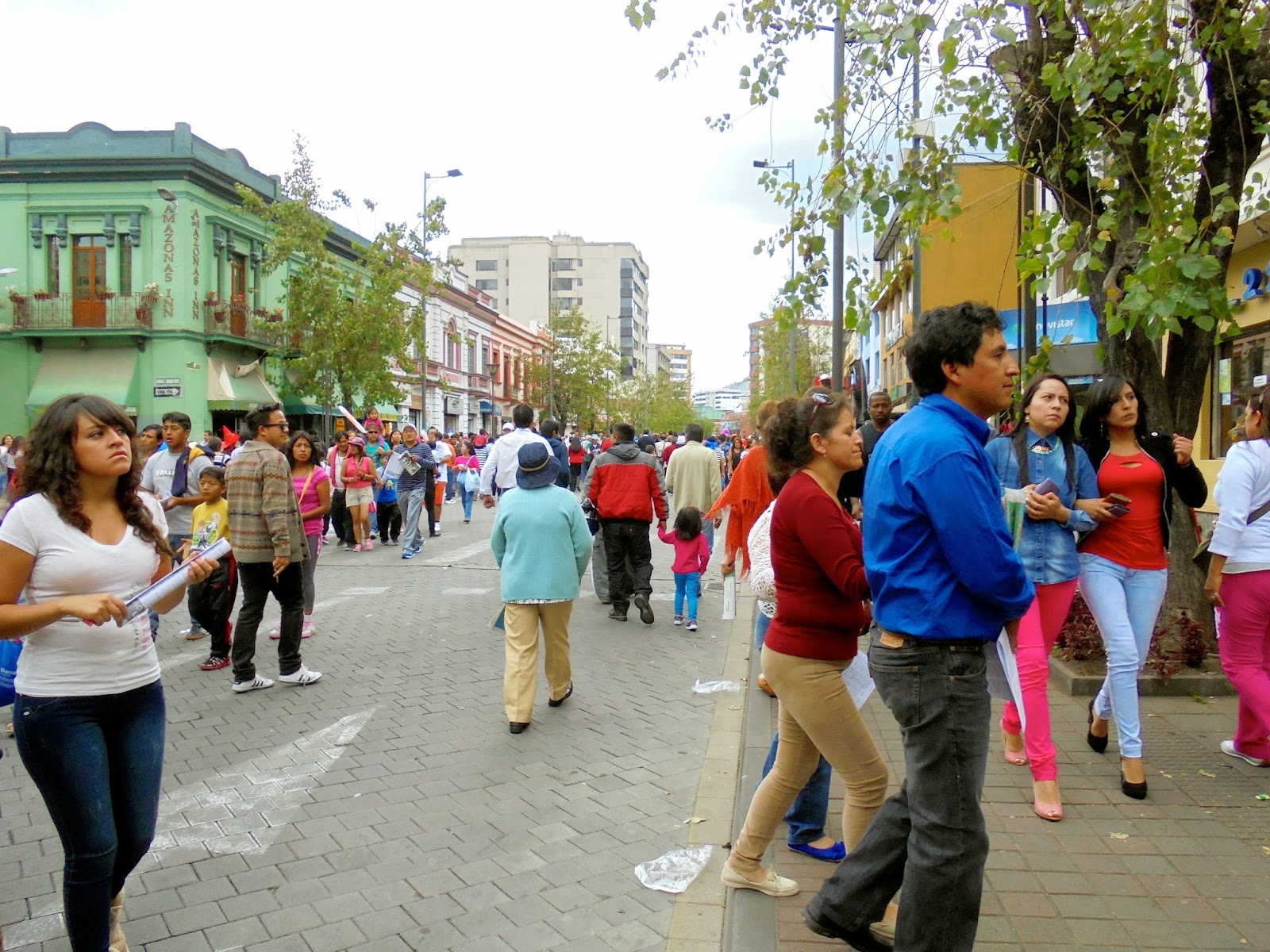 How cute is this kid with an afro wig? he was so adorable I had to sneak in a photo. 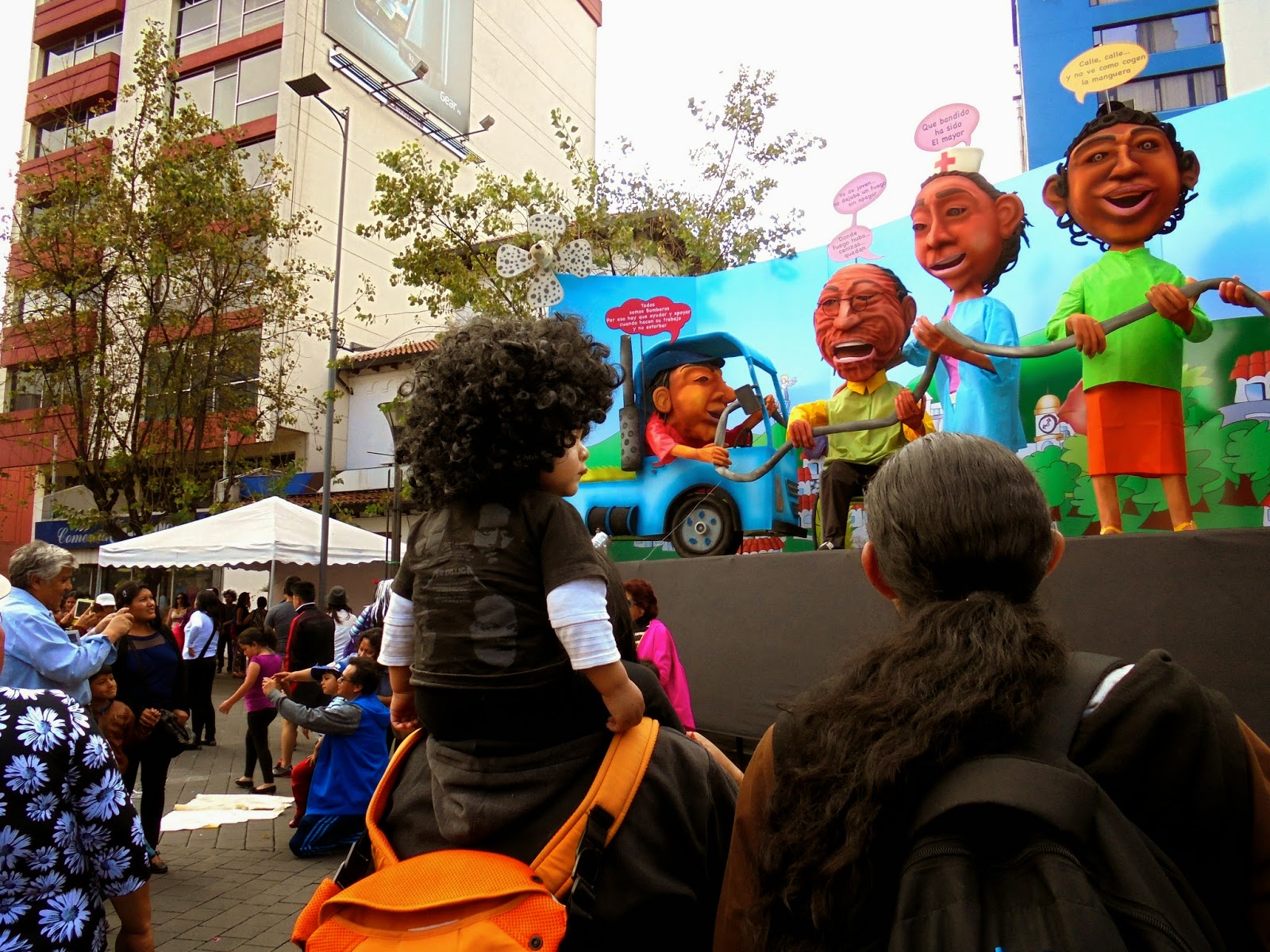 Somewhere in the middle of that crowd was the mayor of Quito. 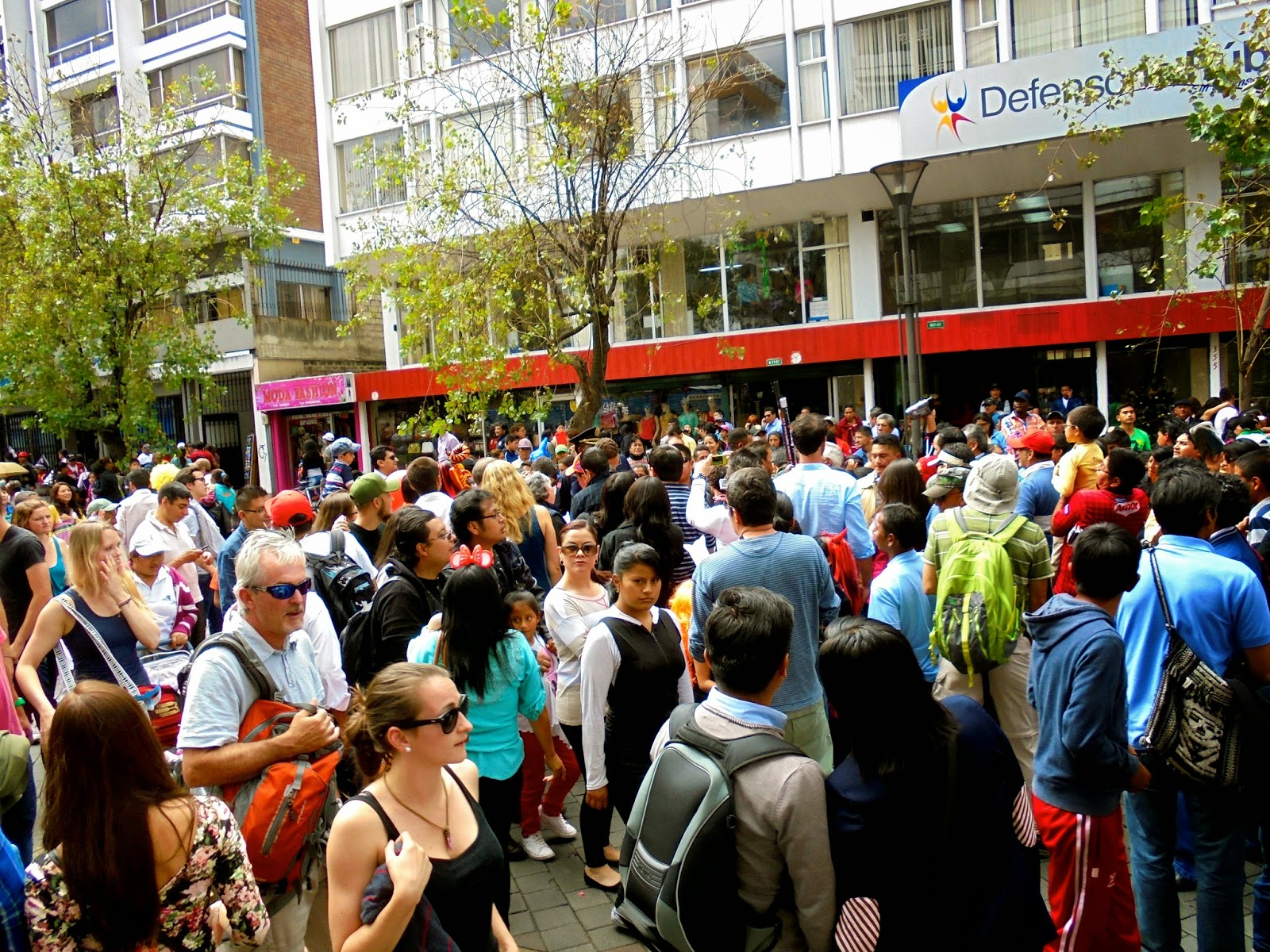 I really enjoyed the whole vibe and seeing so many people on the streets just hyped me up for the end of year celebrations.

In the evening we got invited to the boyfriend's cousin's house for a family dinner to usher in the new year. He has a couple of cousins and an aunt who live here so they decided to all get together to usher in the new year. It was very laid back and chill which I didn't mind at all, gone are the days when every New year's eve night would find me in the nightclub partying it up, now it's all about quality time with the people who matter. 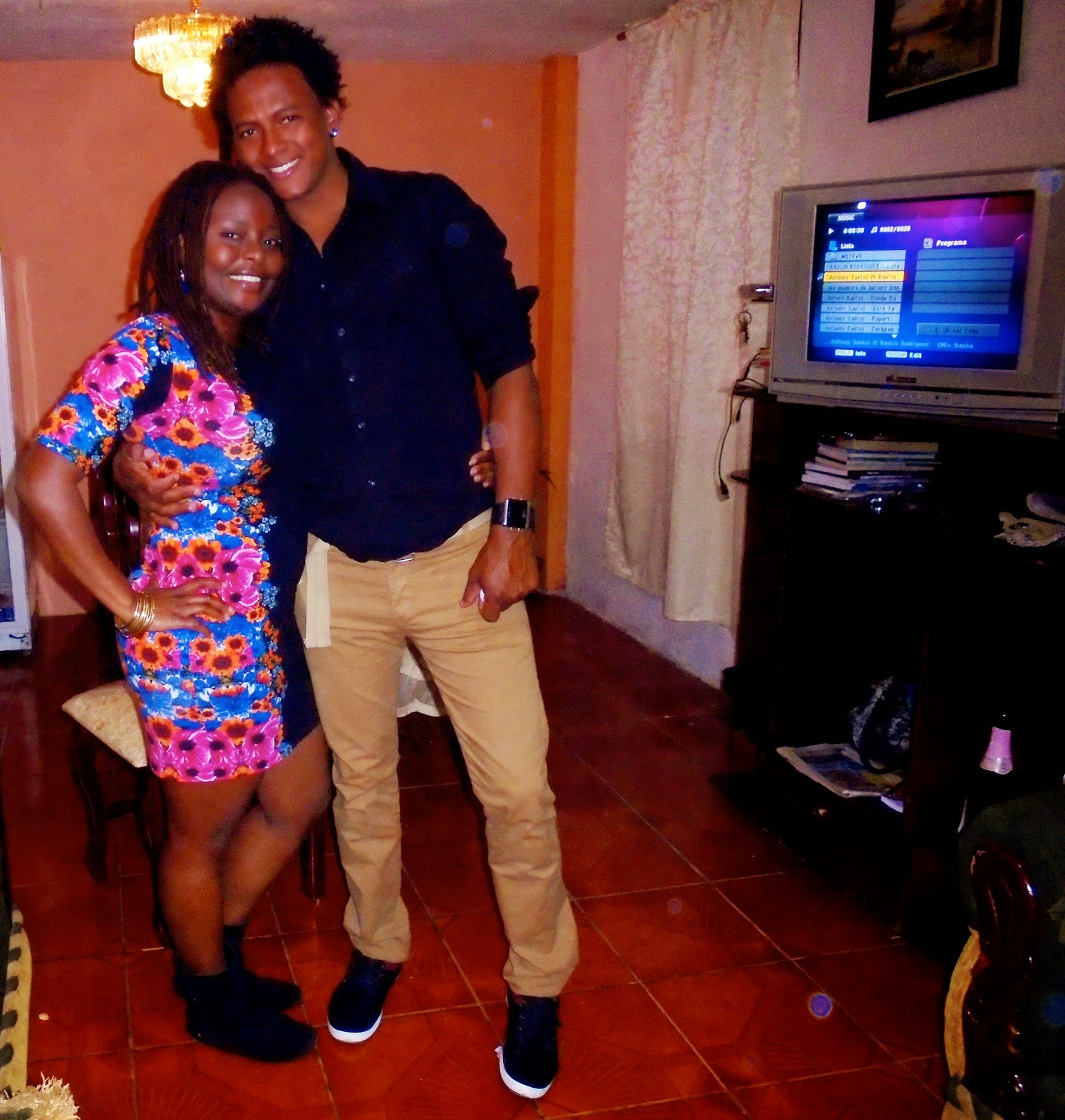 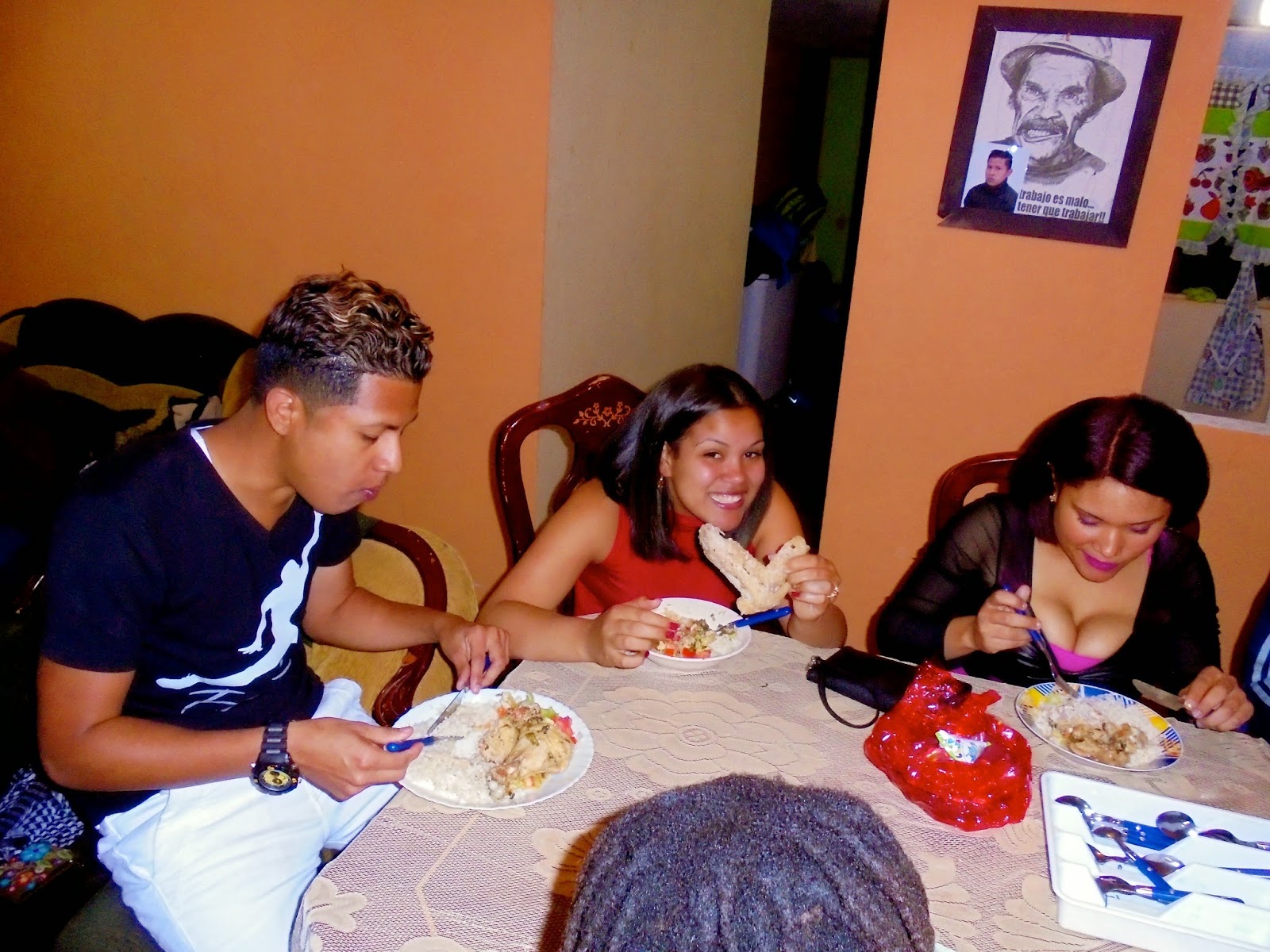 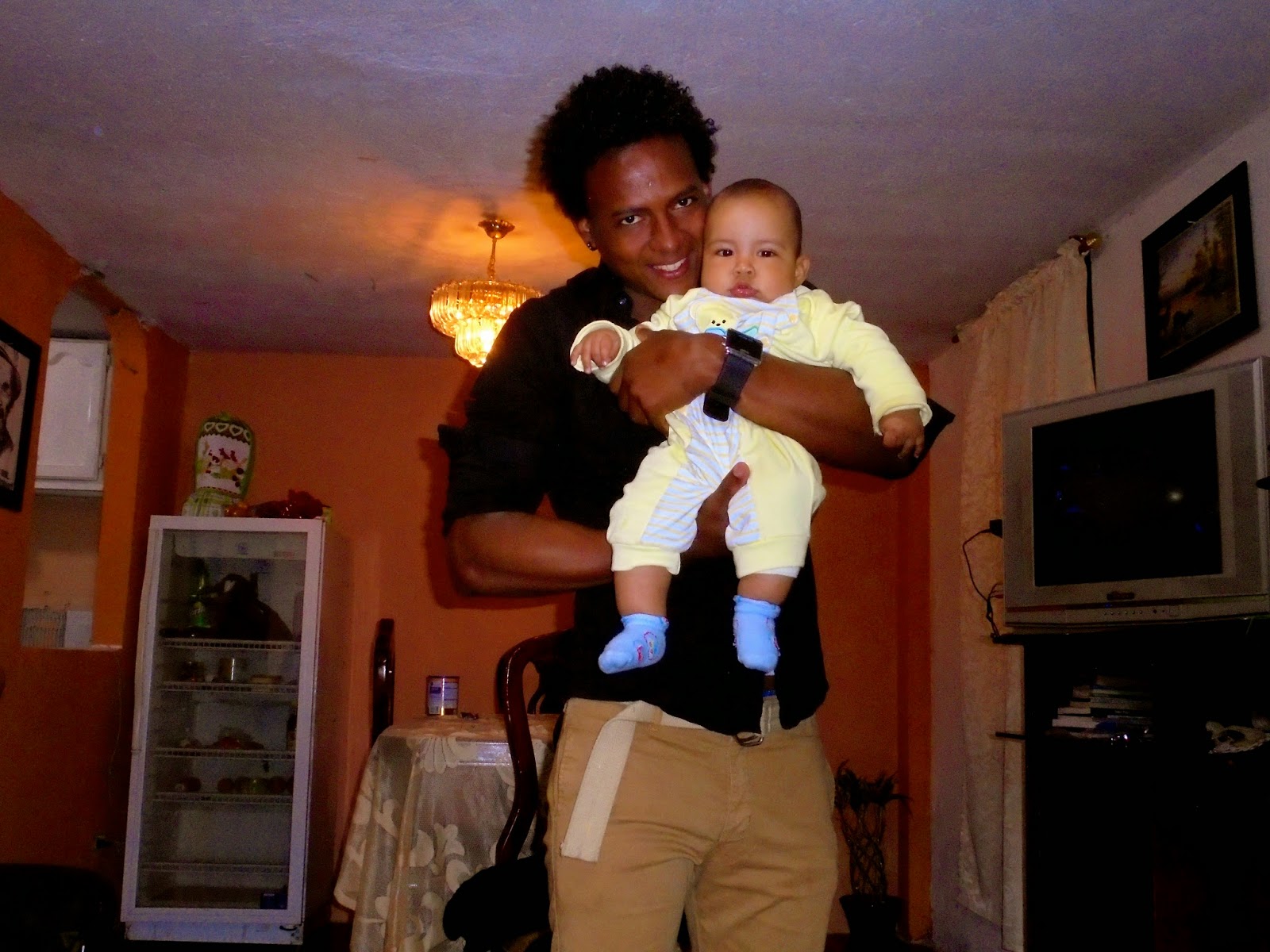 After spending time with his family we decided to go check out the burning of the effigies on the streets. Each neighborhood was burning up something and there were so many people on the streets celebrating. It was quite exciting though there was so much smoke in the air! 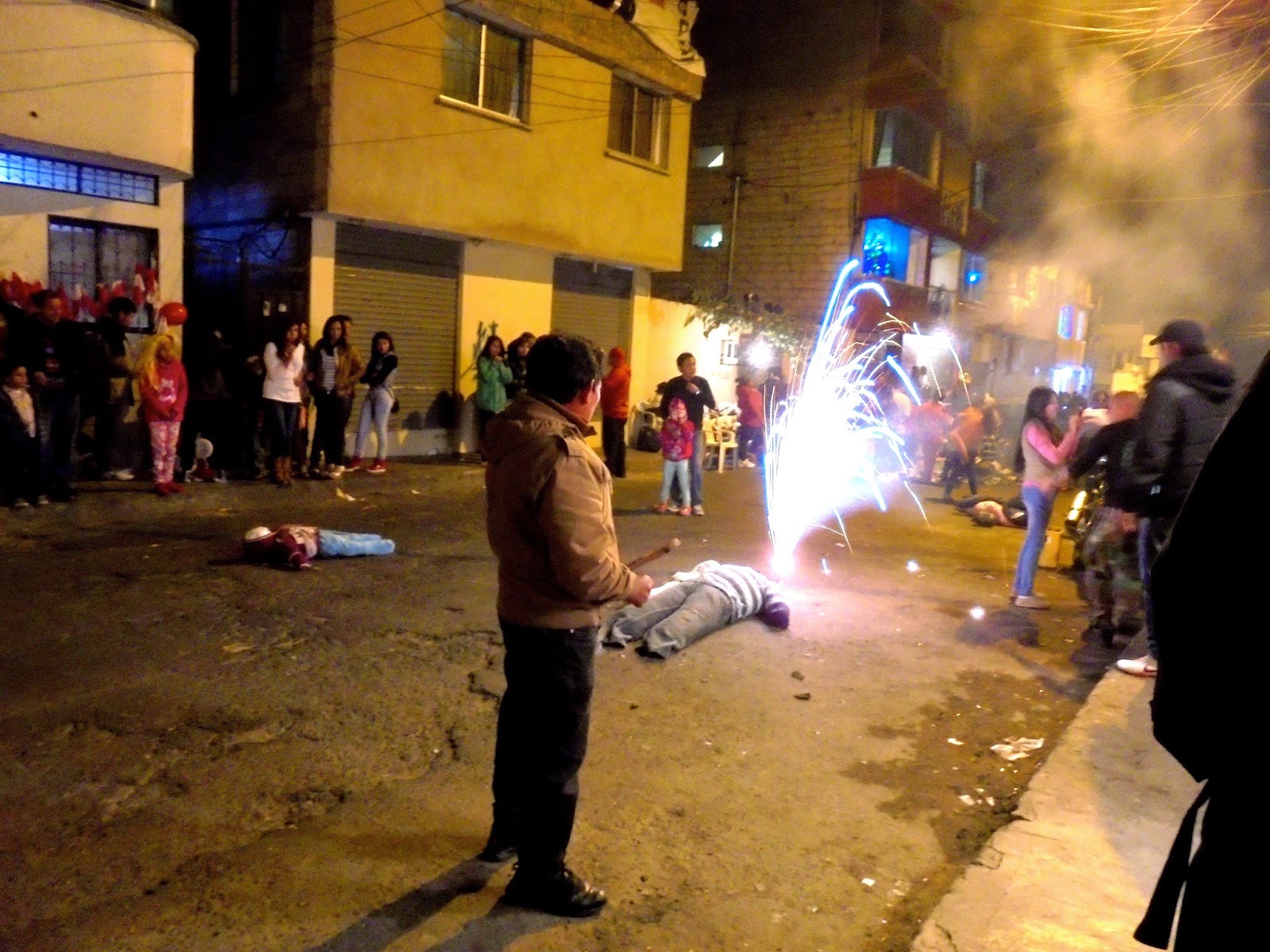 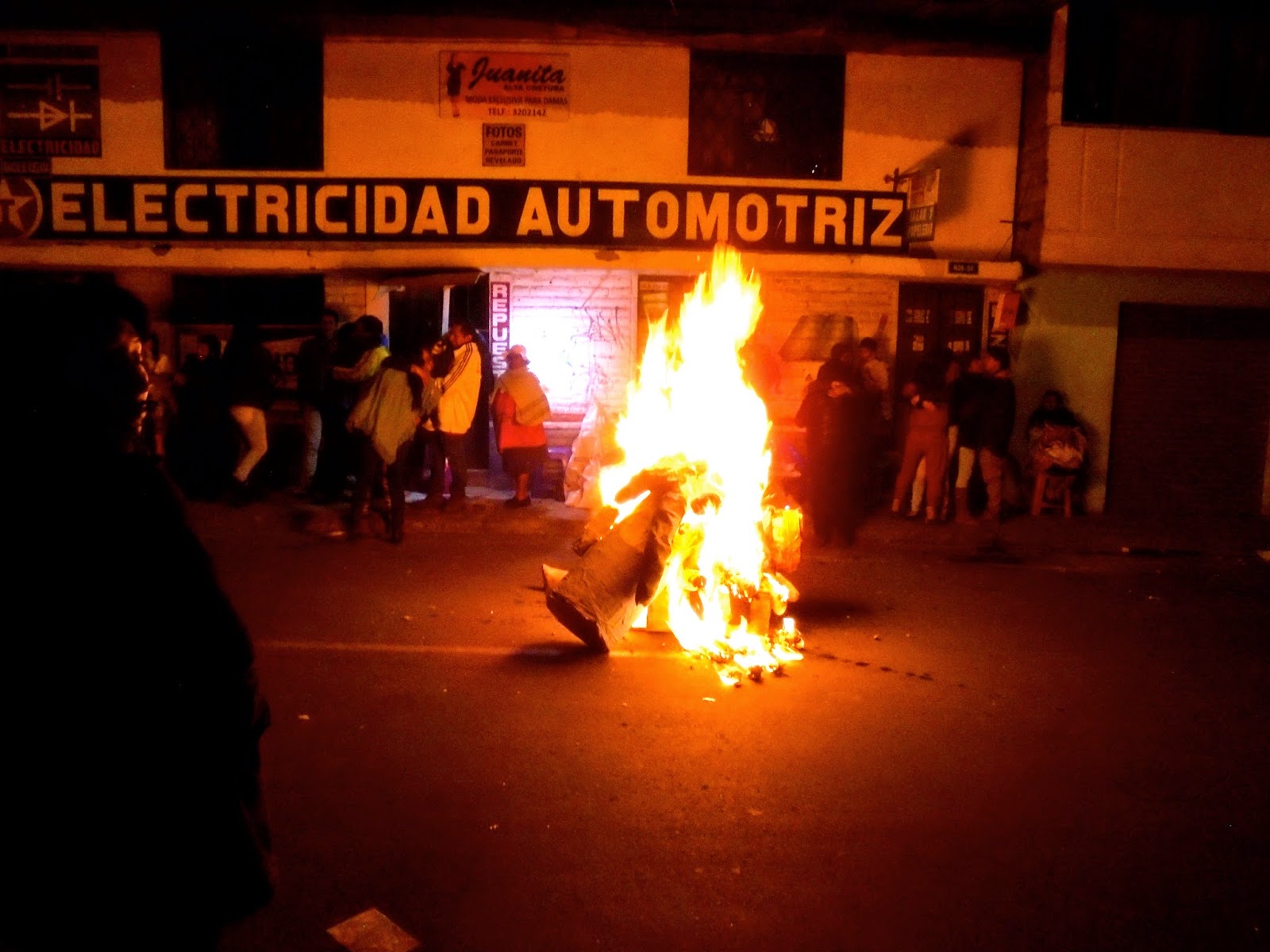 View from our balcony, even if you wanted to have an early night you couldn't because there was loud music blasting and lot's of firework sounds. This was our neighborhood celebration and all the neighbors were present to burn an effigy and wish each other a happy new year. I actually like this tradition and how it brings people together. 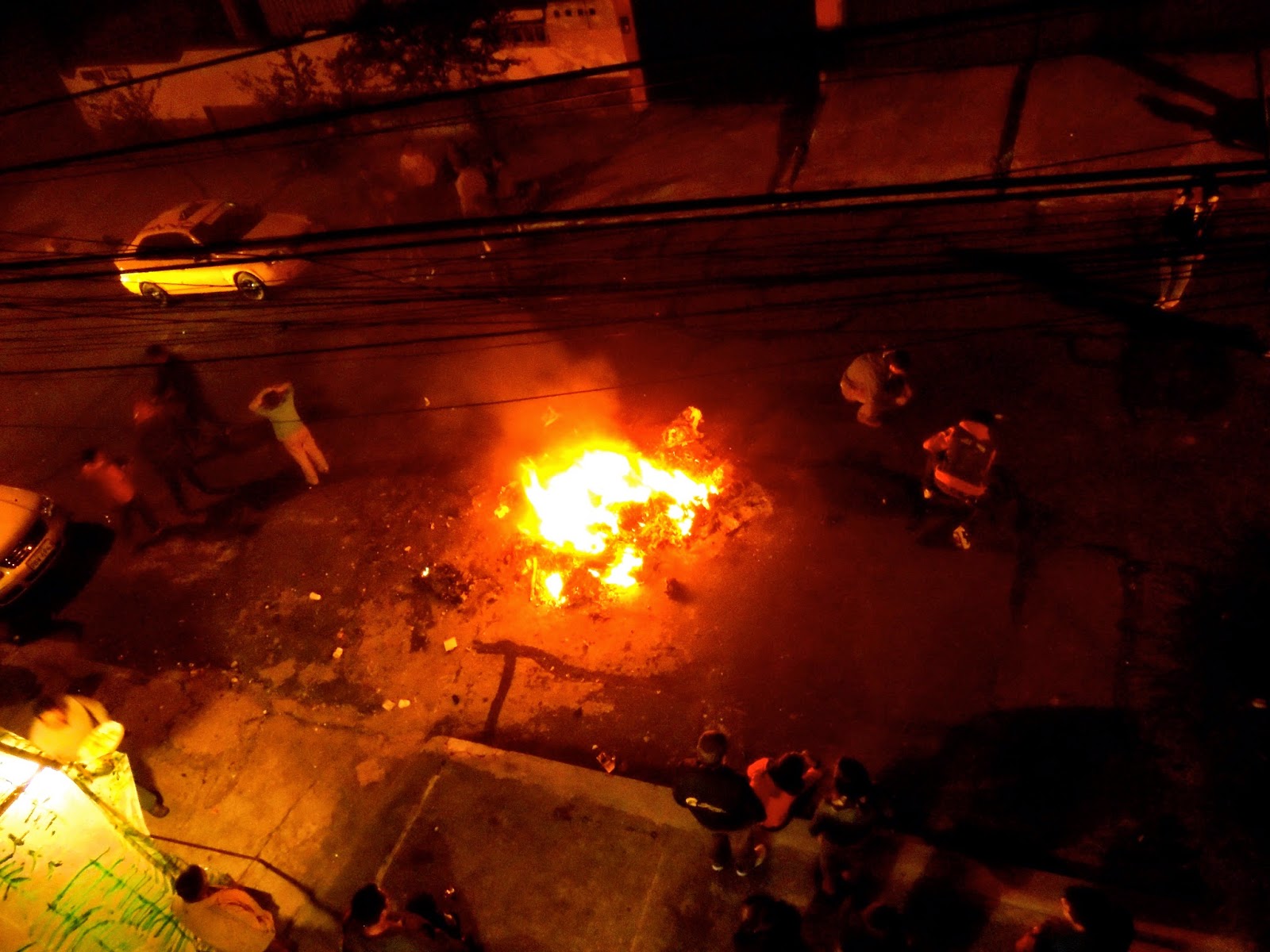 That's it folks, 2014 is gone now let's see what this new year has to offer. By the way the streets today  are super quiet, I think everyone is either sleeping in or spending time with their families. Even the noisy neighborhood dogs are quiet and out of site, not complaining at all! Happy new year once again.
- January 01, 2015