This is a continuation of Part 1.

Our second day in Baños was today which also happened to be our last day in the city before heading back to Quito. Today we wanted to take it slow so we decided to walk around the city center and take in the vibe of the city. 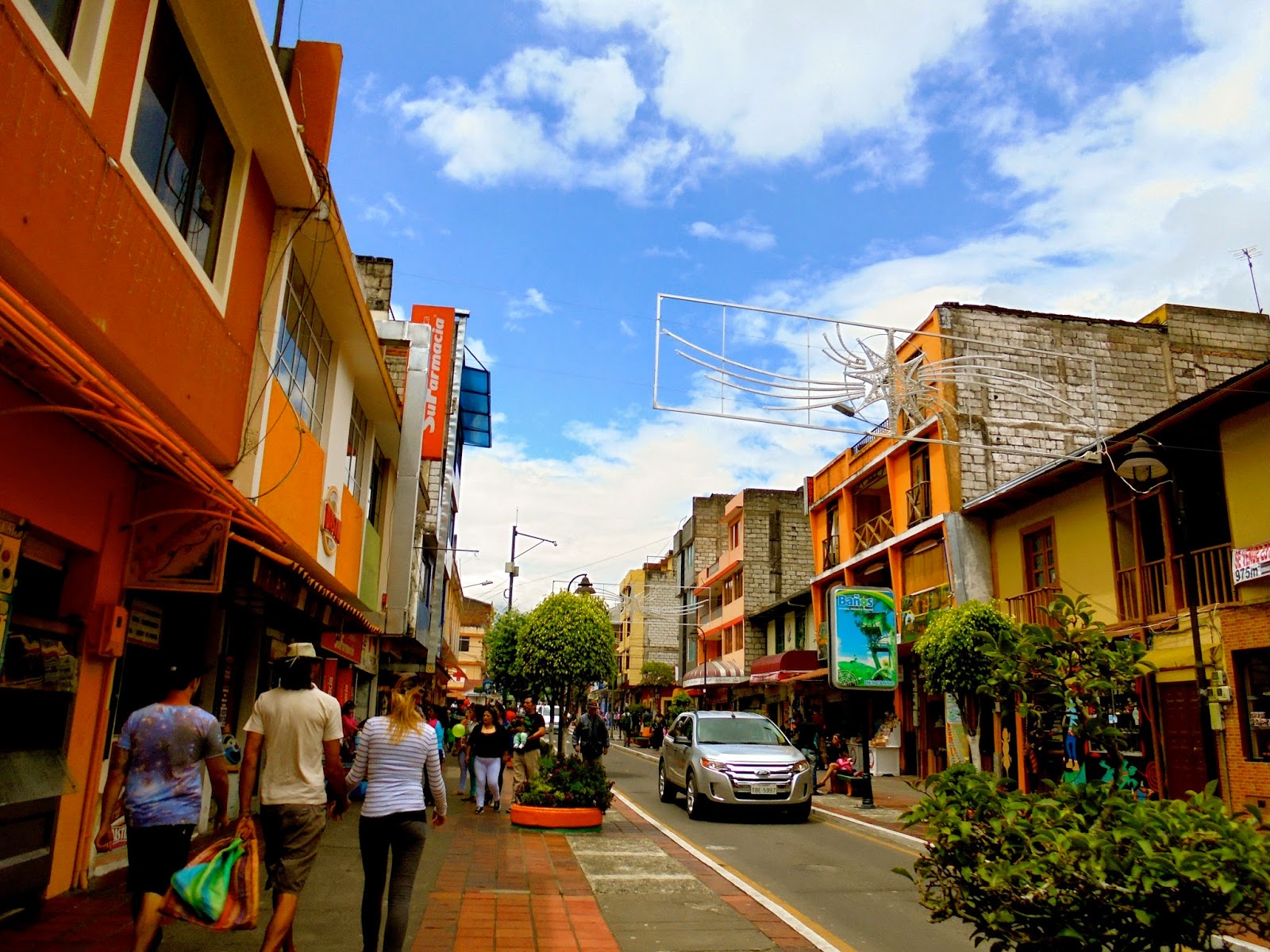 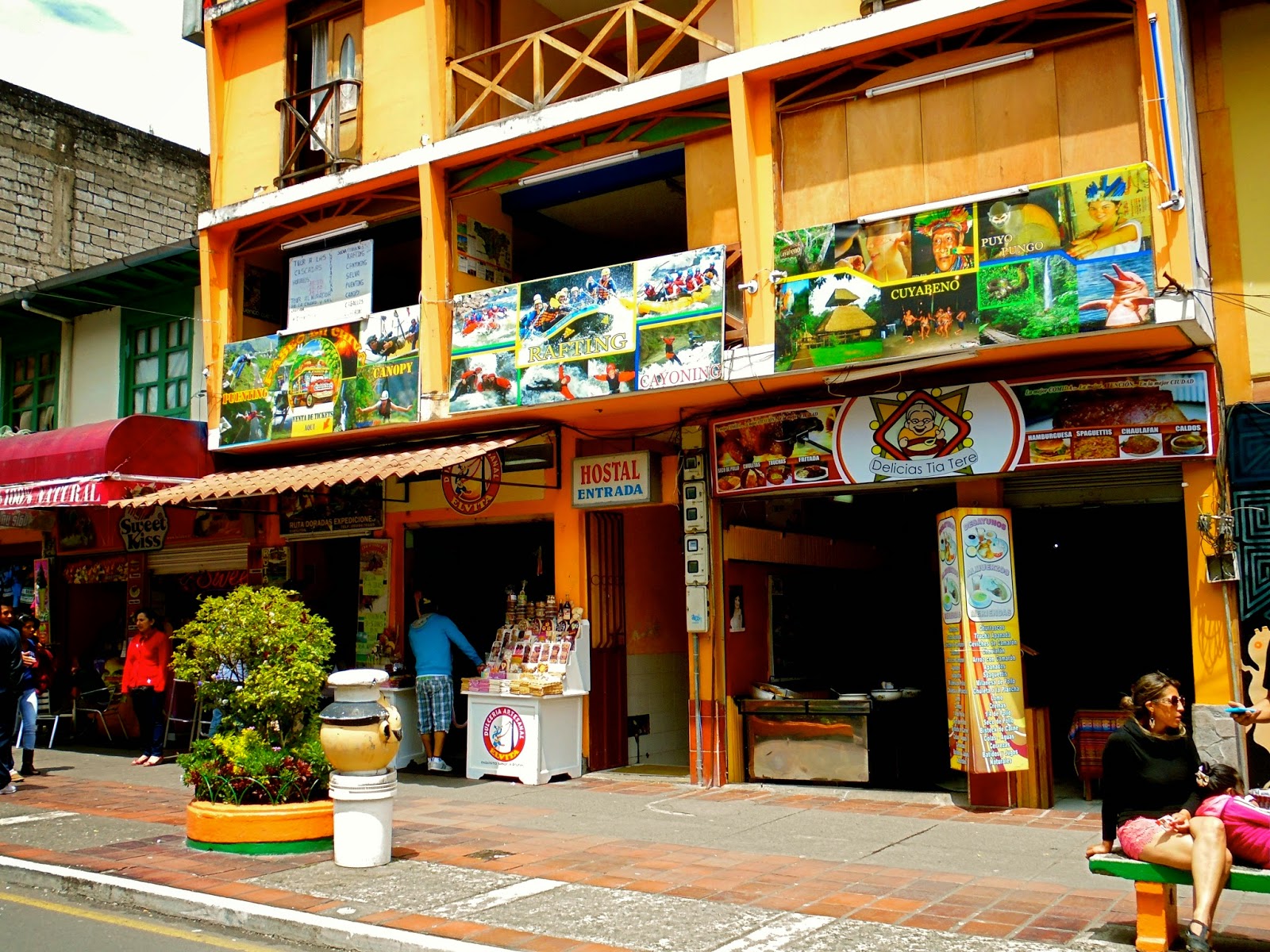 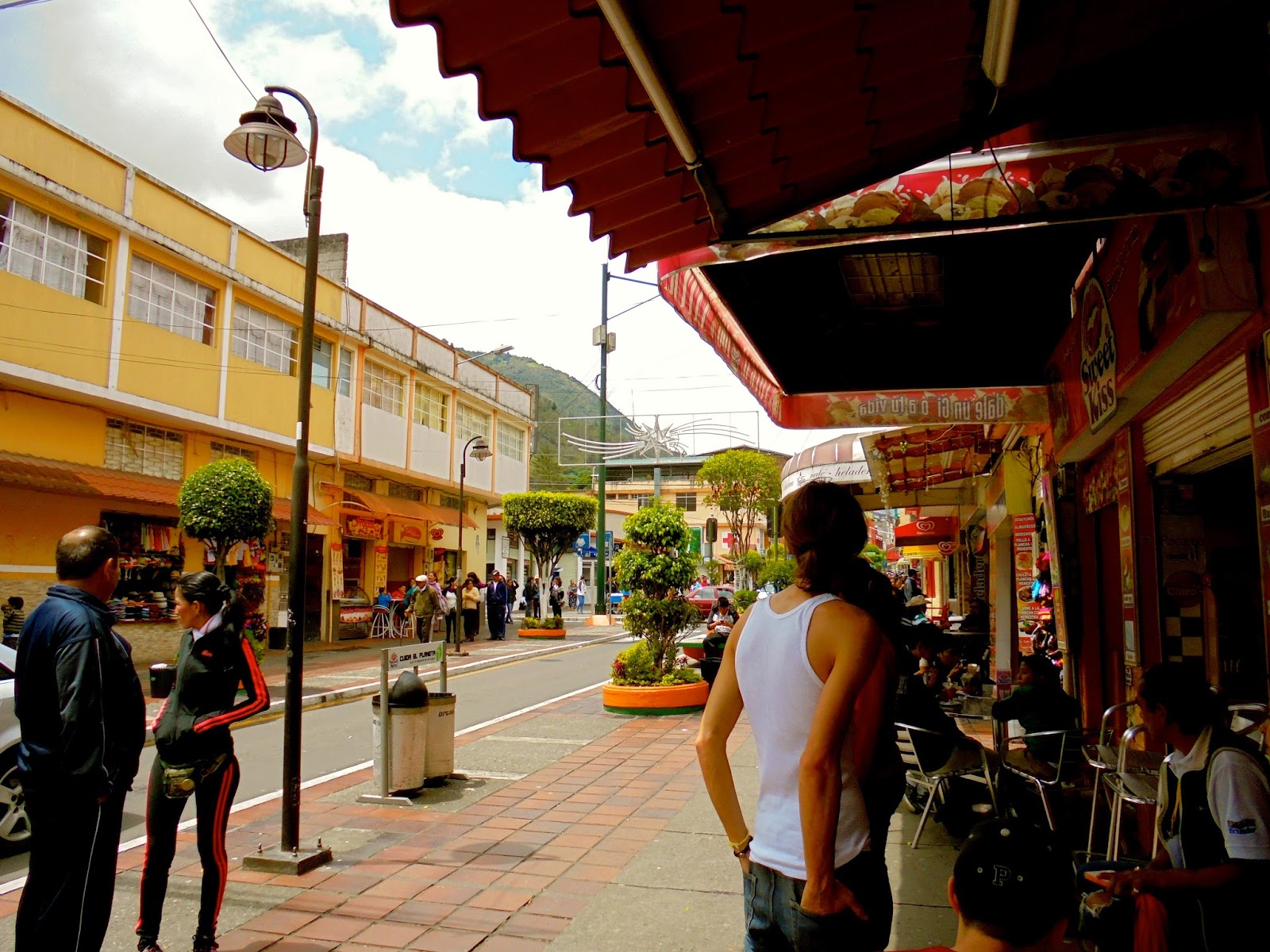 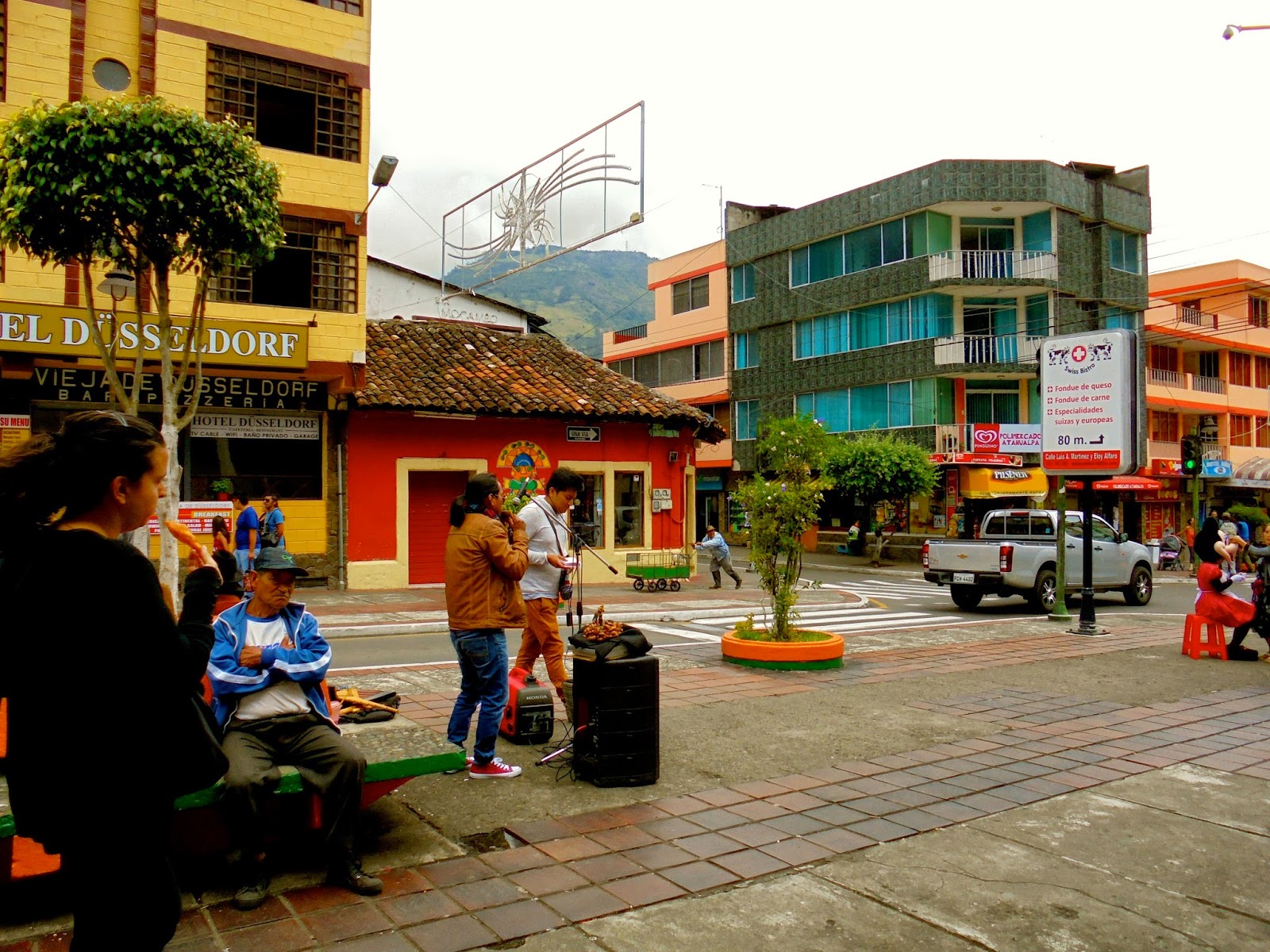 We came across the delicacy in the picture below near the market area of the city. They are guinea pigs and are eaten here in Ecuador and Peru too. I wanted to taste the meat out of curiosity and I was trying to convince the lady to cut a tiny piece of meat for tasting but she was more interested in selling me a whole leg where supposedly most of the meat is to be found. Let's just say I wasn't that motivated to taste the meat so I passed on her offer. 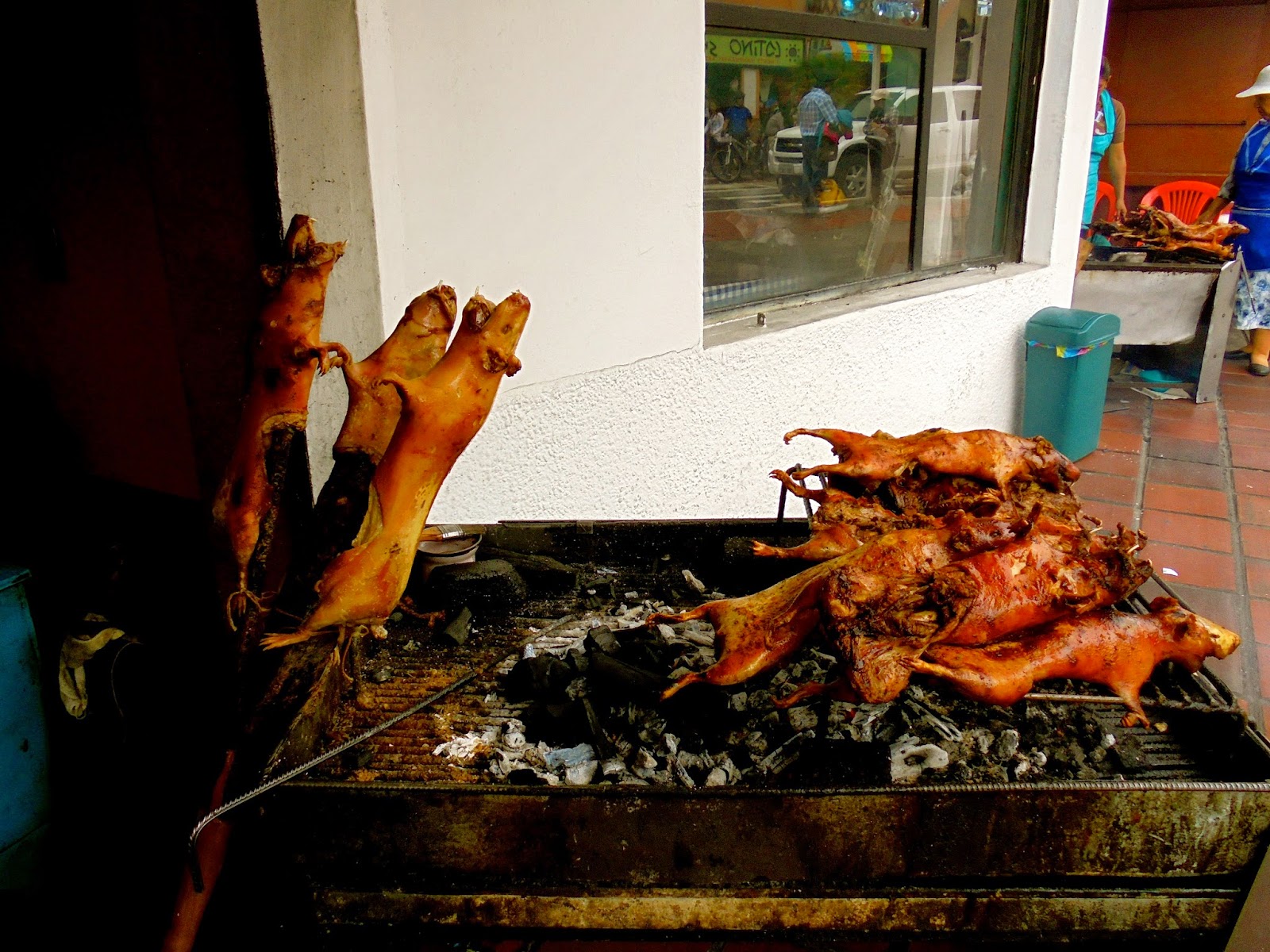 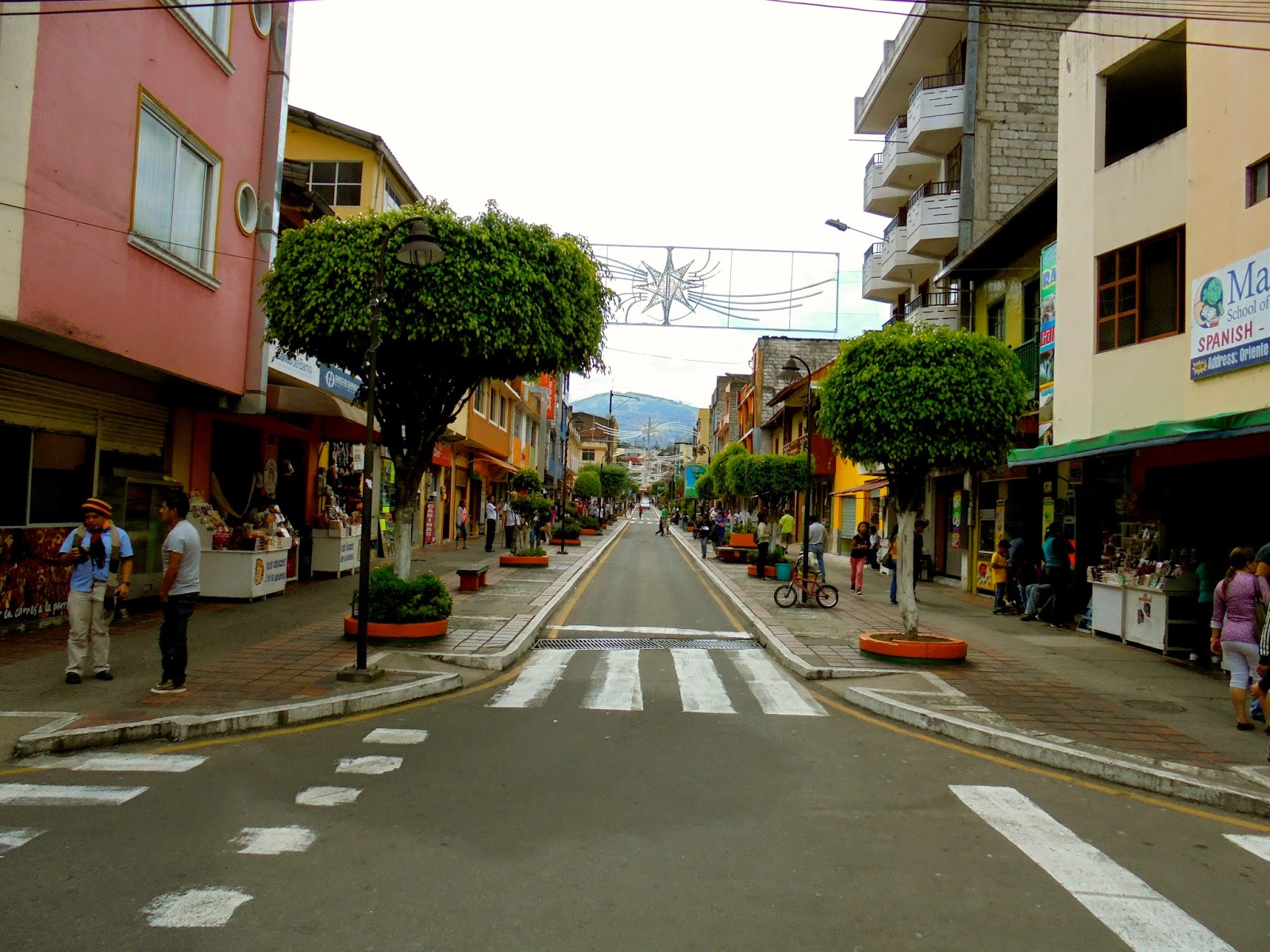 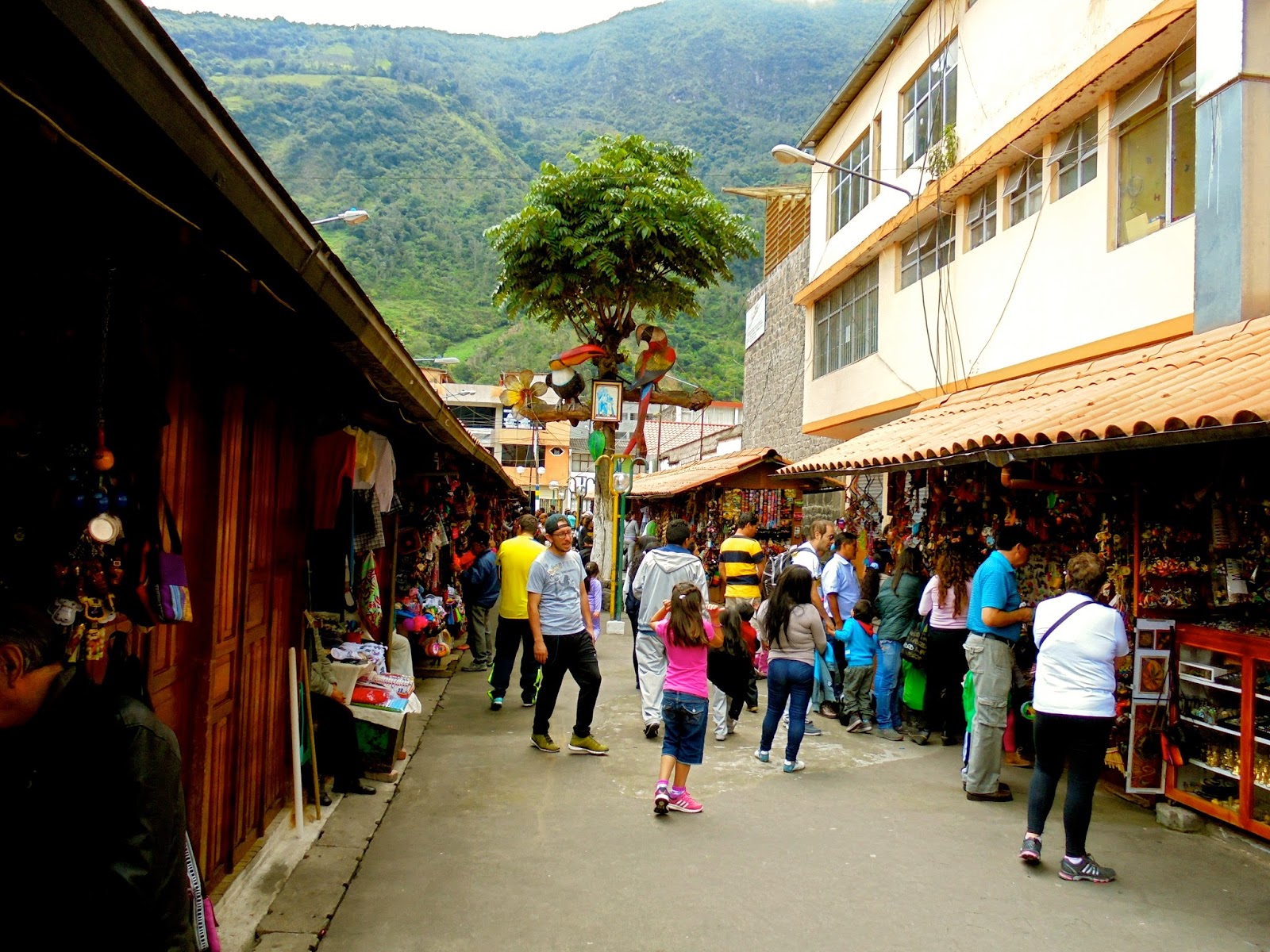 After walking around the city we had our last meal before heading to the bus station to take a bus back to Quito. 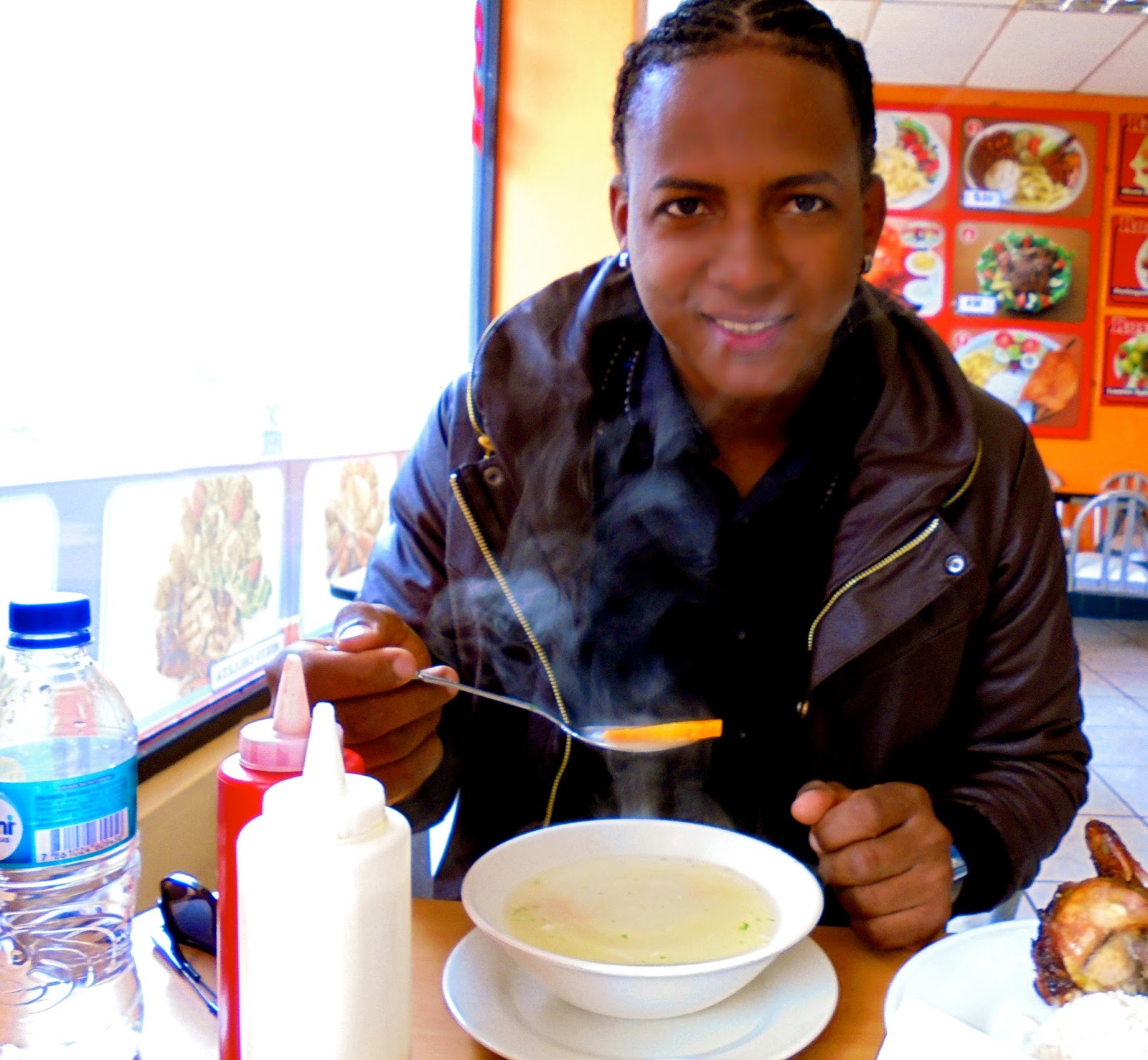 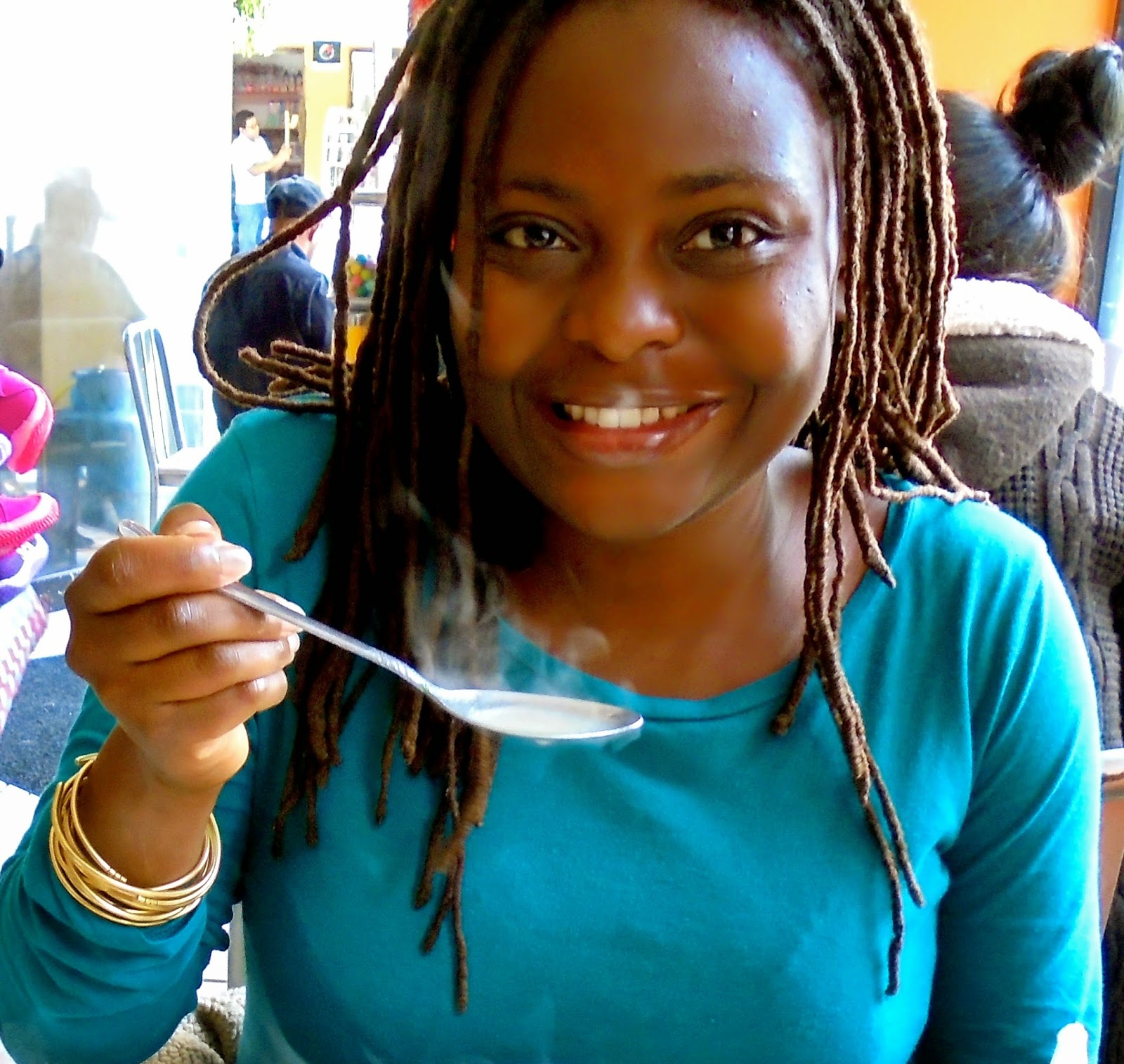 Le sigh! I hate to say goodbye but I love to watch you walk away. 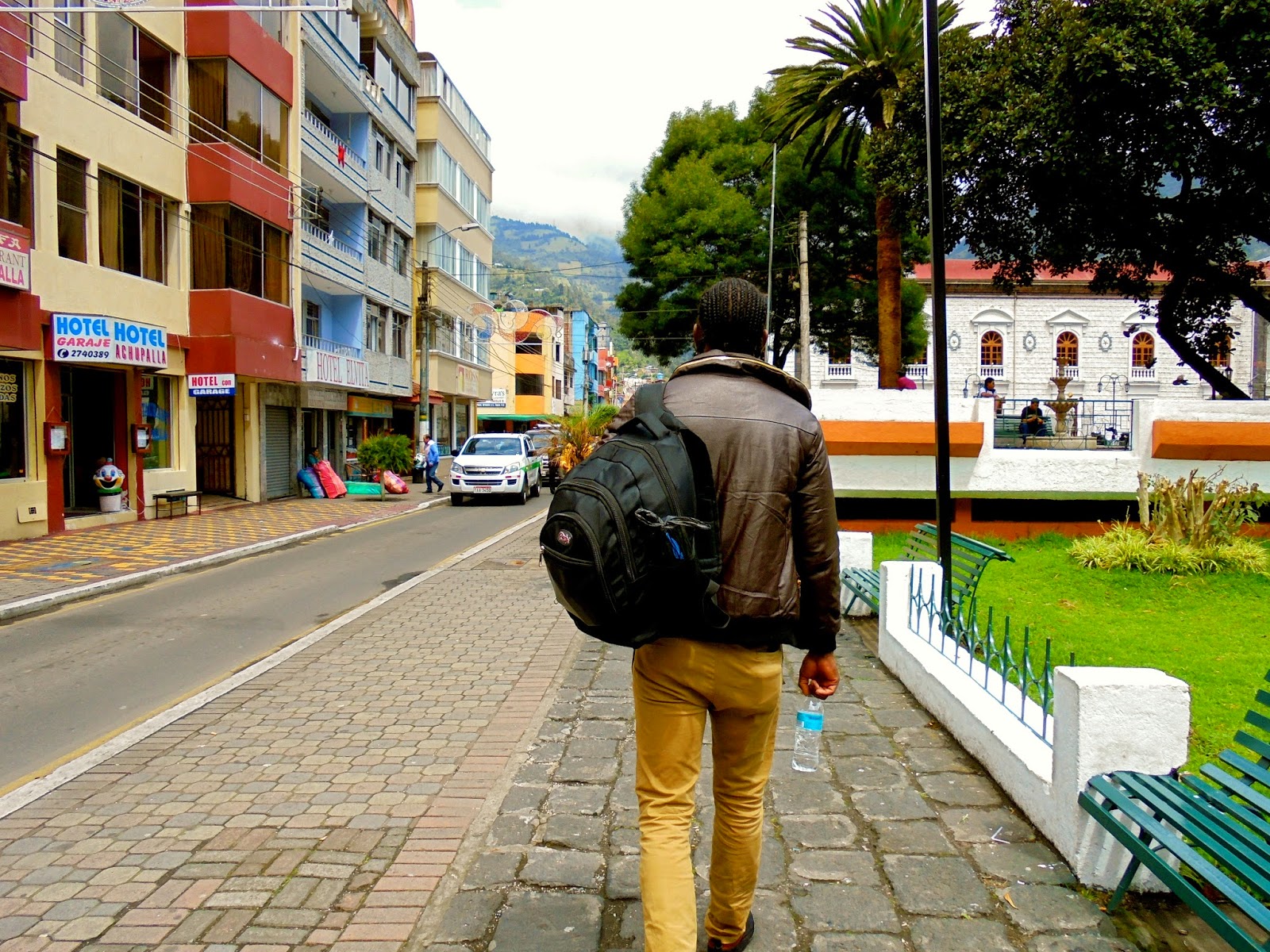 That's it folks, our last day in Baños was relaxing and chill just the way we wanted. I am really glad we made this trip and it made me appreciate this tiny but very pretty city, even more. We are back in Quito and I am already throwing suggestions about our next adventure, hmmm? I wonder where we will end up next.......

I have to say my experiences traveling in certain parts of the world as a black woman are a bit different from a black man's. For instance, my boyfriend mentioned to me once how much he hates it when he walks along the streets and some local folks in Quito cross to the opposite side because they are scared of him thinking he will rob them. I have heard this from several black men actually. While in Baños my boyfriend was telling me how much nicer and open the people are, he said it felt good walking around without enduring suspicious looks from folks or having them move away from him because they were scared of him. I felt really sad when he told me this and all I could think off is, "if only they knew what kind of a man he is they would be ashamed of their prejudiced opinions that make them treat him this way." Those fucking idiots.

Living in this part of the world I have to say I come across certain things that just make me shake my head in disbelief. I have come across people who consider themselves white but looking at them let's just say..............I guess white is subjective - trying to be polite here. I have a friend who is mixed and she once told me that her dad is white and her mum is black, one day she introduced me to her dad and I actually almost took a double take. Dude looked obviously indigenous through and through but apparently he considers himself white and actually looks down on indigenous and black people. Hmmm? yet he had kids with a black woman and likes sleeping around with black women, what can I say? laugh at the absurdity of the situation or just pity the man? I choose to laugh at this man's stupidity and the many others like him.

As I have mentioned before, the new part of Quito get's really dead on Sundays and there usually are a lot of shady characters hanging around the deserted streets. One day I saw this tourist walking around with her camera in hand looking all innocent and I wanted to walk up to her and tell her to be careful but I ended up not doing so. I told my boyfriend that I should probably have warned her and I was feeling a bit guilty. He agreed with me but she had already walked on so there was nothing we could do, my boyfriend then started laughing saying that I once had that carefree look walking around without a clue about my surroundings but now he sees that I have changed to much. I had to laugh too as I remembered that blissful ignorance I once had and how naive I was, thinking nothing could ever happen to me. Let's just say after the two robberies I experienced and living in Quito, I have become a bit more street smart and I know which places to avoid.

Living in our neighborhood I am beginning to feel much more at home as our neighbors recognize me on the streets and are quick to say, "buenos dias veci!" In Spanish the word for neighbor is vecina/vecino (depending on the sex) so neighbors here refer to each other as veci, even business owners that have properties next to each other call each other veci, I actually find it warm and welcoming.