One of the resolutions my boyfriend and I made during the beginning of the year was that every weekend we would have an adventure to break the monotony of staying put in one place. This weekend I decided to revisit Baños with him because he hadn't been there before and I knew he would love it plus I also wanted to experience the place one more time since I really liked it the first time I was there.

From the map below you can get an idea of where Baños is located from Quito.

We left Quito on Saturday very early in the morning with the intention of getting to Baños early enough to enjoy the various activities available in the city before leaving the next day. The trip was 3 and a half hours long but the bus we took had some good movies showing so that made the journey seem shorter.

Arriving in Baños was quite exciting because the city was bustling with activities and the weather was so nice (it's been really cold and rainy in Quito), we didn't waste any time getting out and about. The boyfriend spotted some motorbikes for rent and we ended up touring the city by bike which was something new for me. 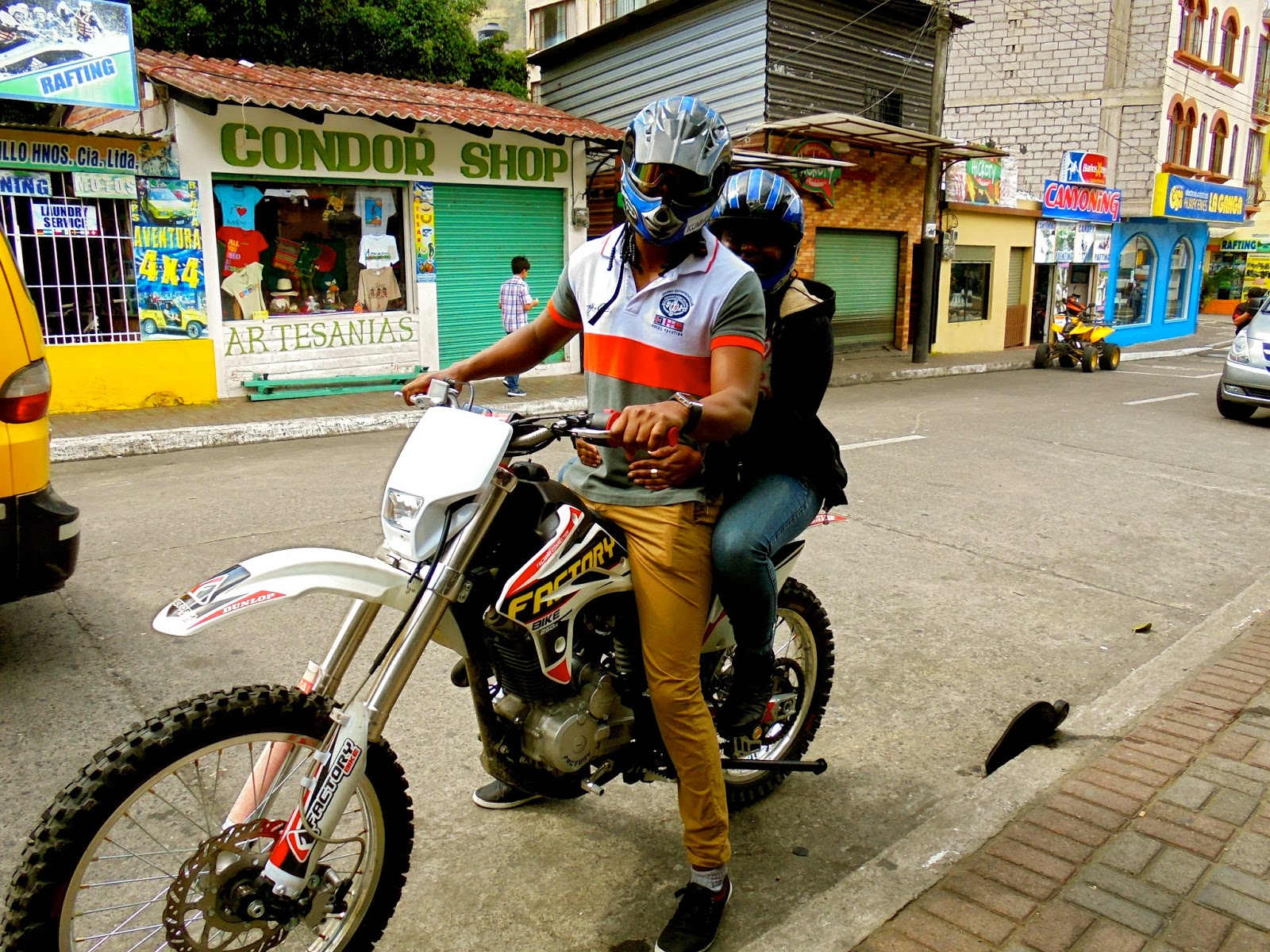 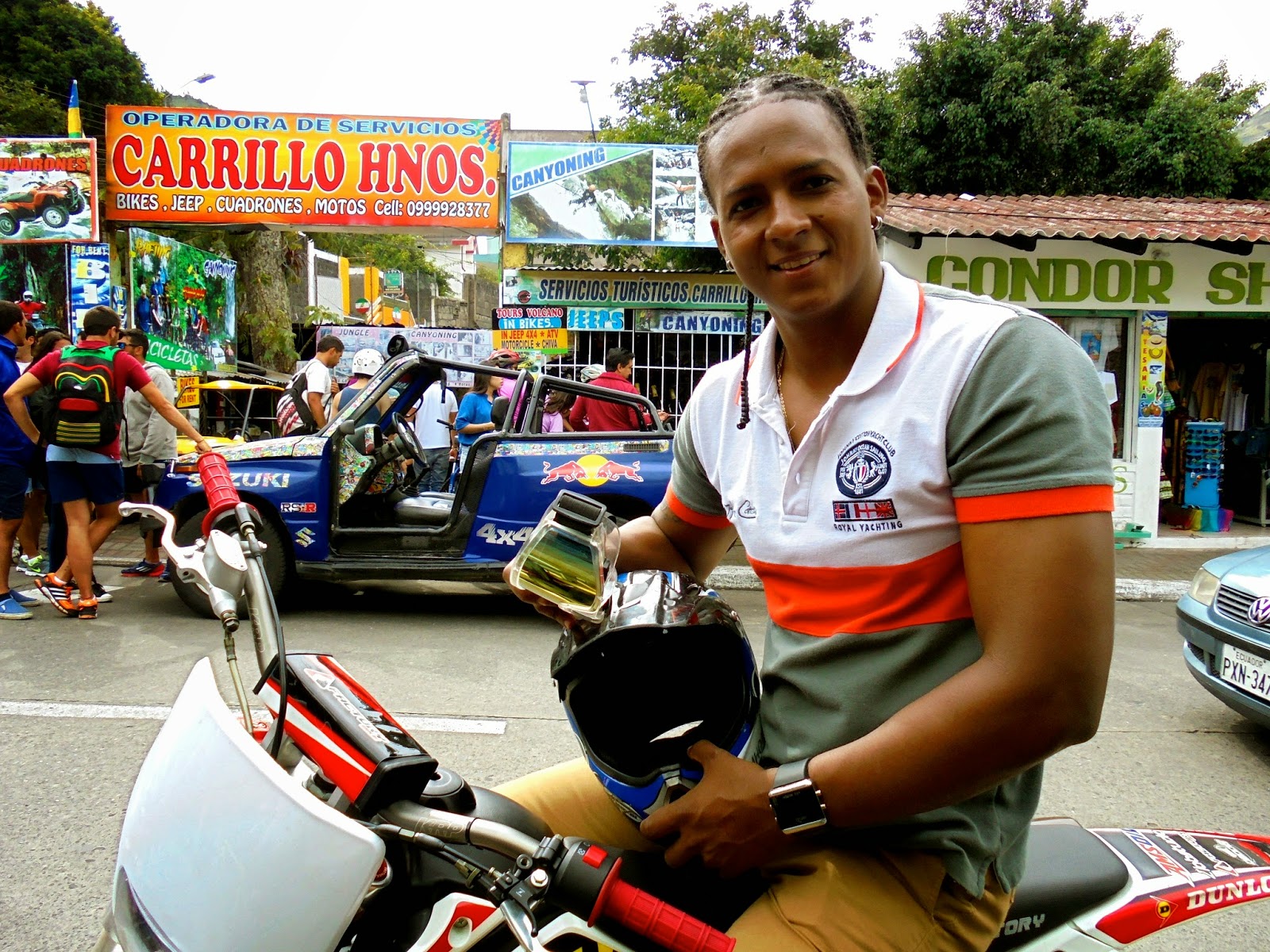 After the bike ride we took a chiva party bus to tour the various waterfalls around the city and get some good views of the surrounding areas plus indulge in some fun activities while on the tour.

There was zip lining 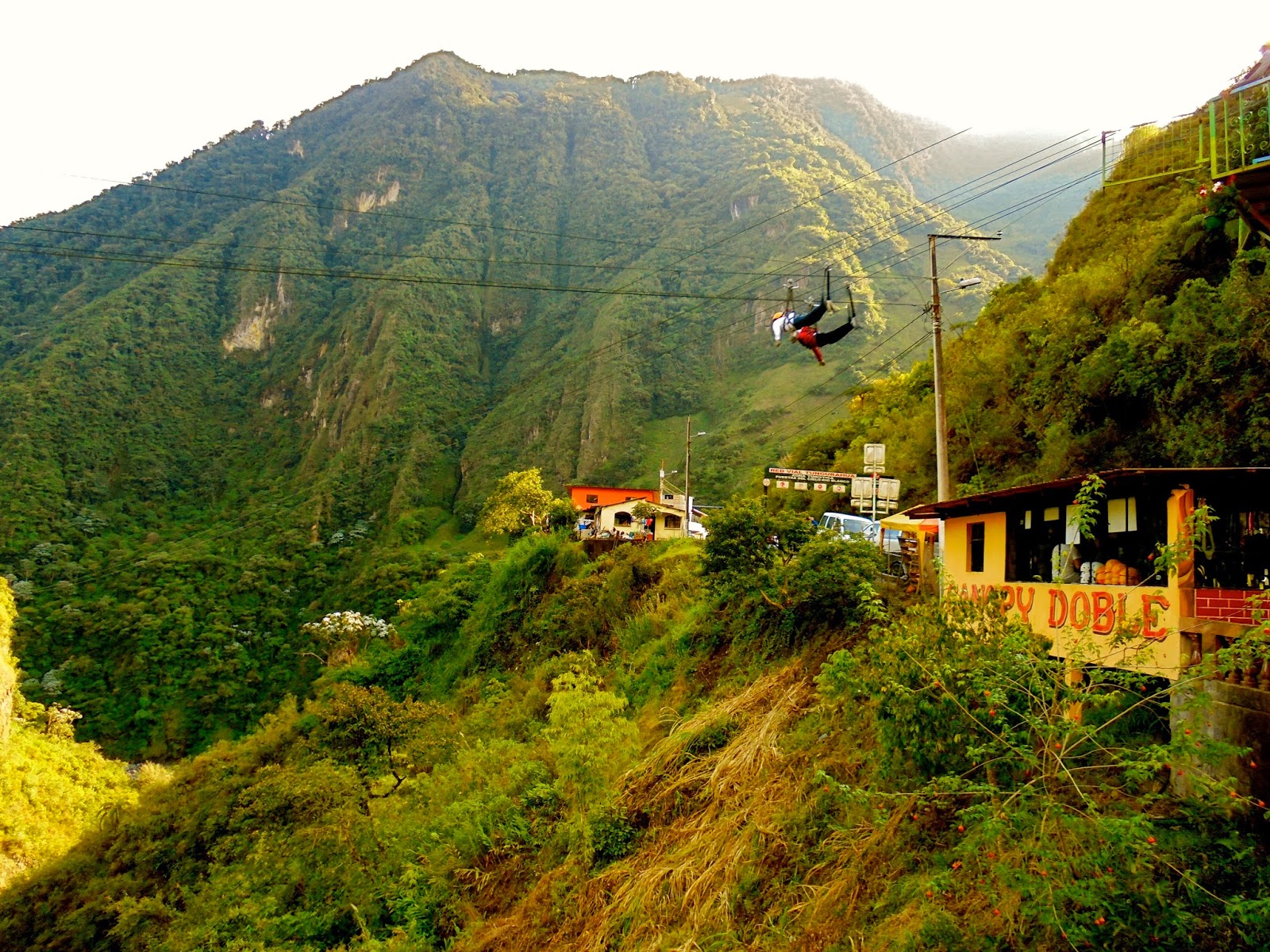 We went on the Tarabita which is some sort of cable car that you see below. The views were amazing and it was actually fun screaming out as the Tarabita sped toward the waterfall. 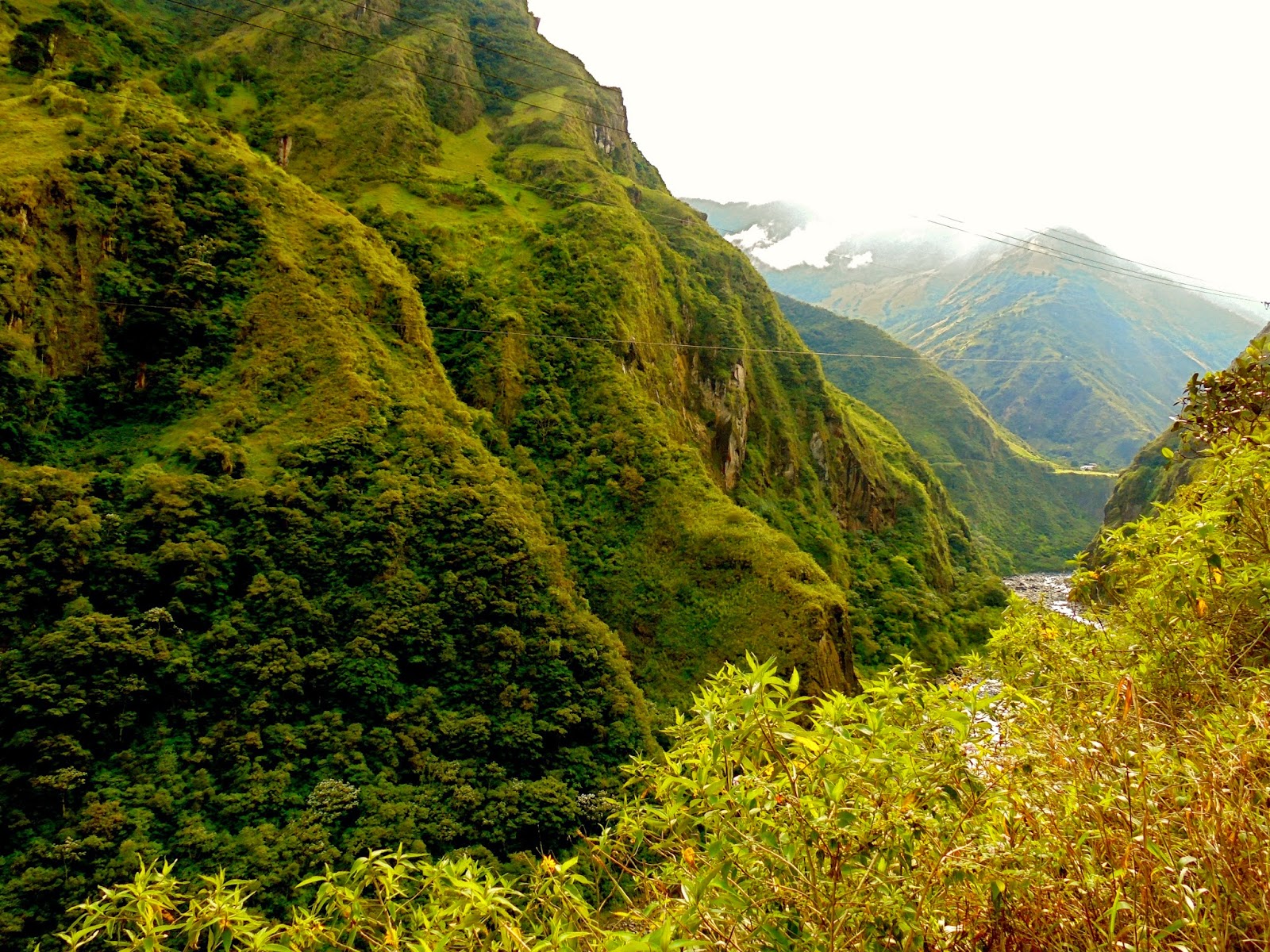 Everyone in the Tarabita was all about the selfie but the boyfriend was more concerned about safety and imagining what would happen if the cables broke, poor guy. He did eventually manage to relax and even smiled for the camera. 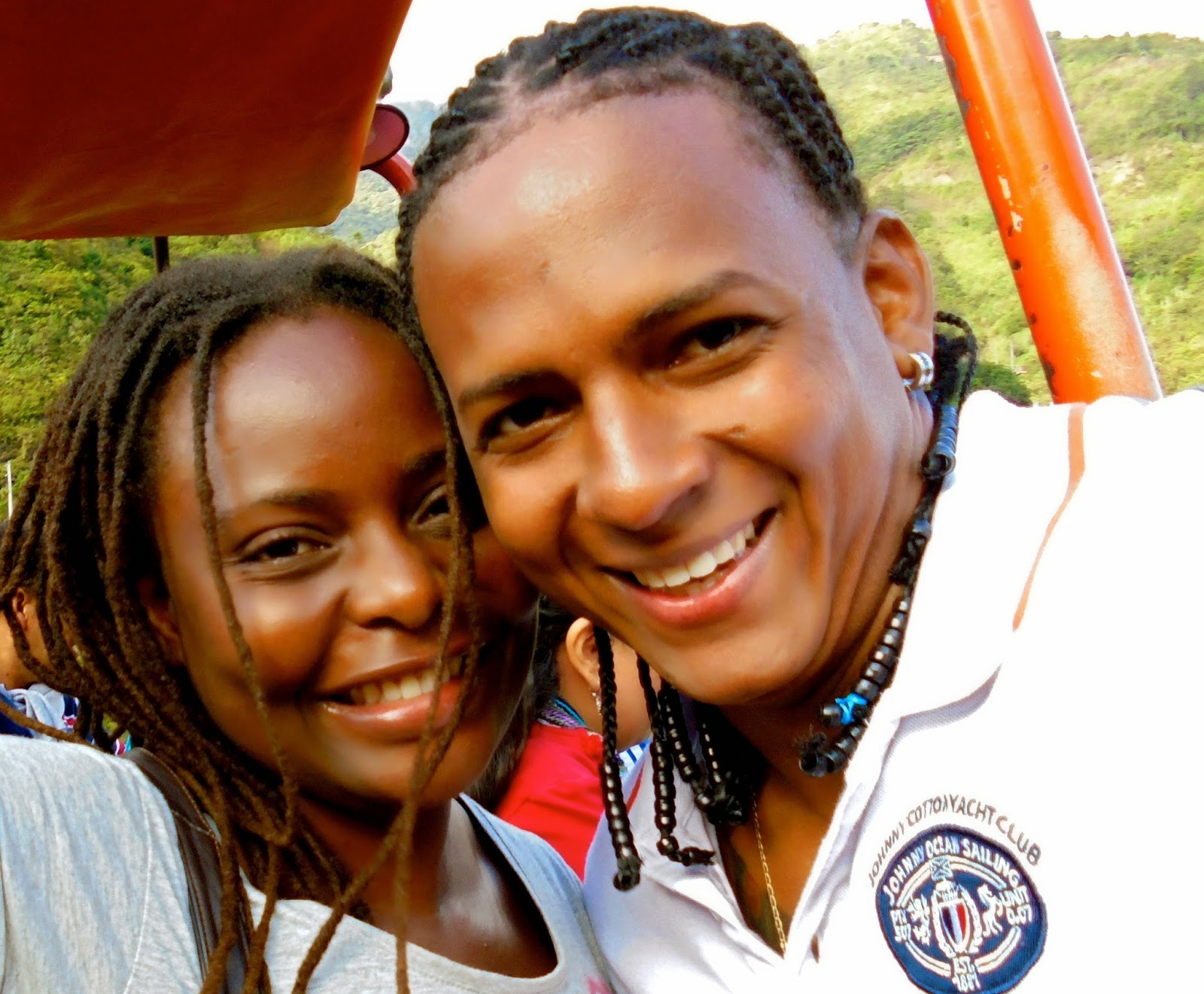 We took a very scenic route to check out one of the largest waterfalls. I had assumed it would be the same route I took when I first visited Baños but we ended up taking a very different route that ended up being really challenging! no wonder the guide was telling us to take it easy. We first had to go downhill which was easy enough but coming back up was no joke! We were huffing and puffing and at one point my legs just gave up and my sweet dude had to carry me piggy back style, I am not even exaggerating. 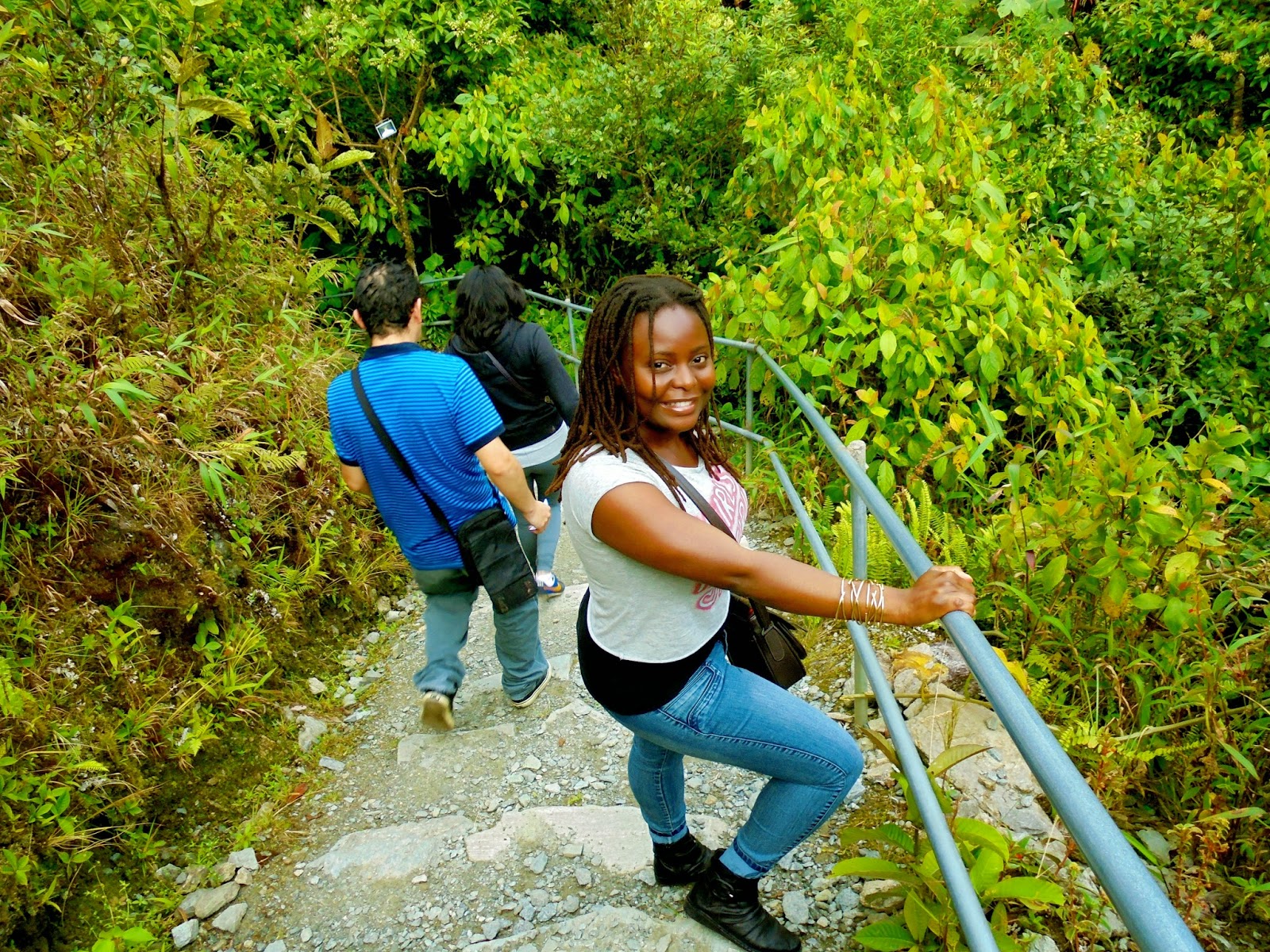 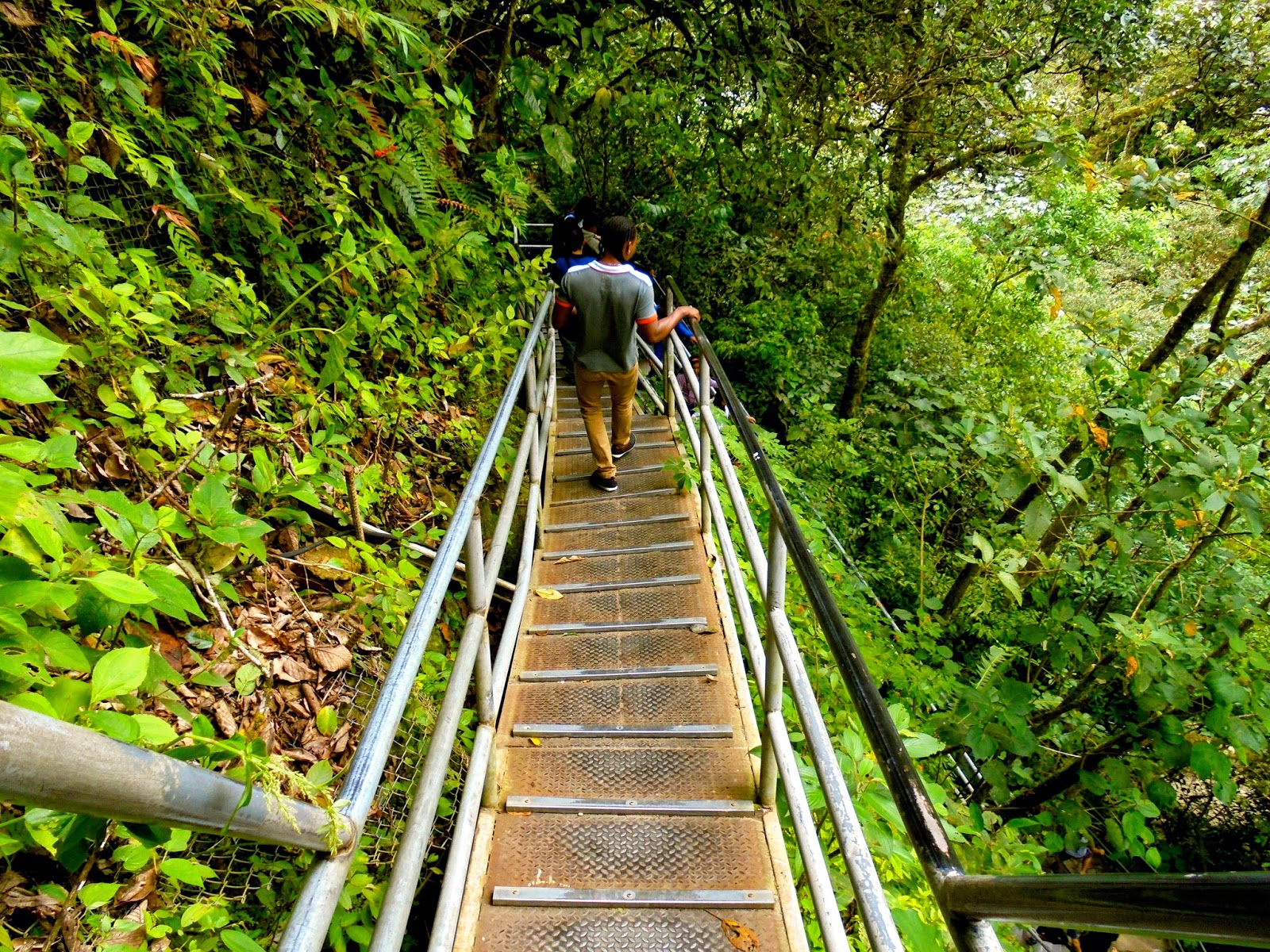 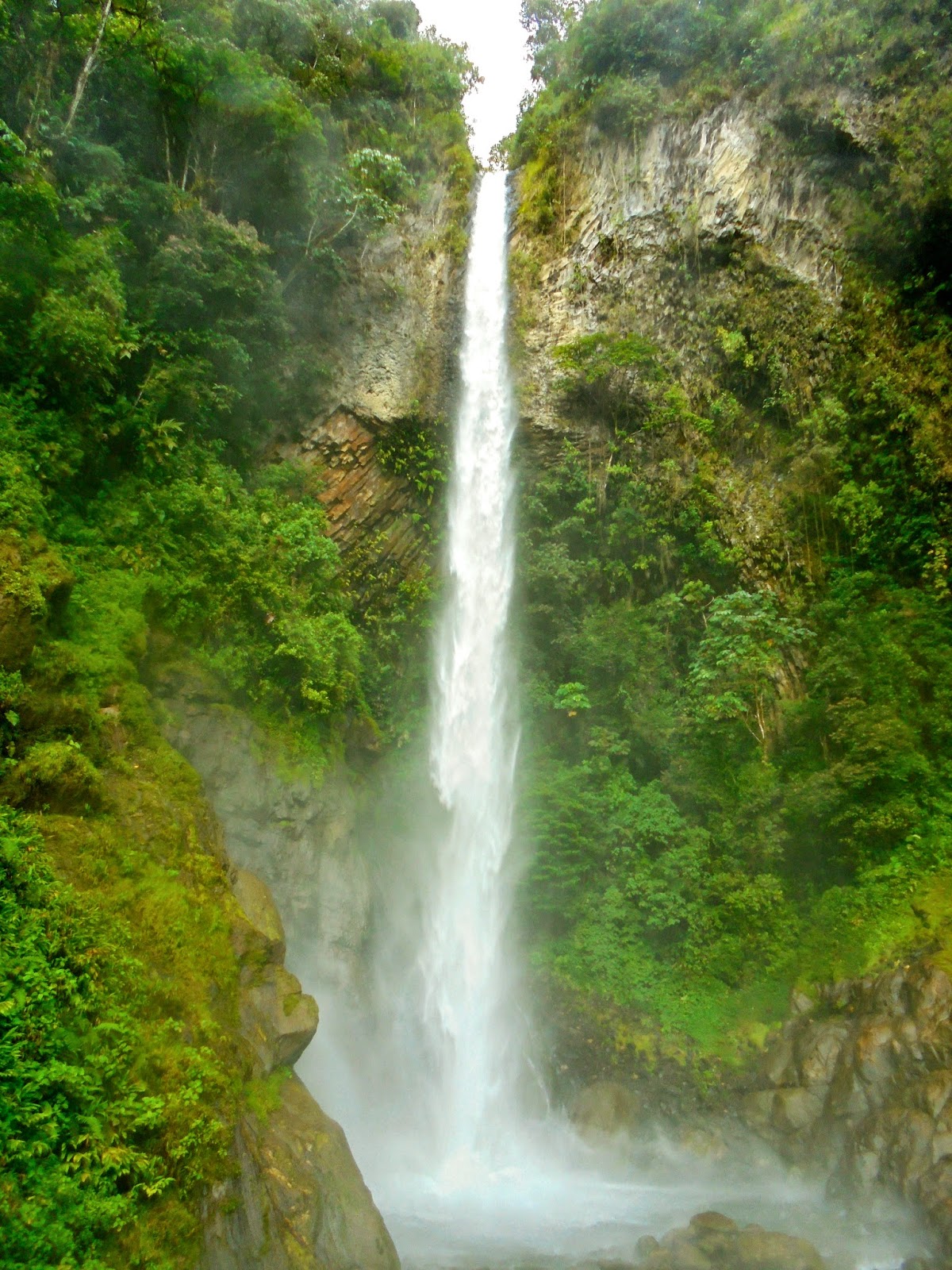 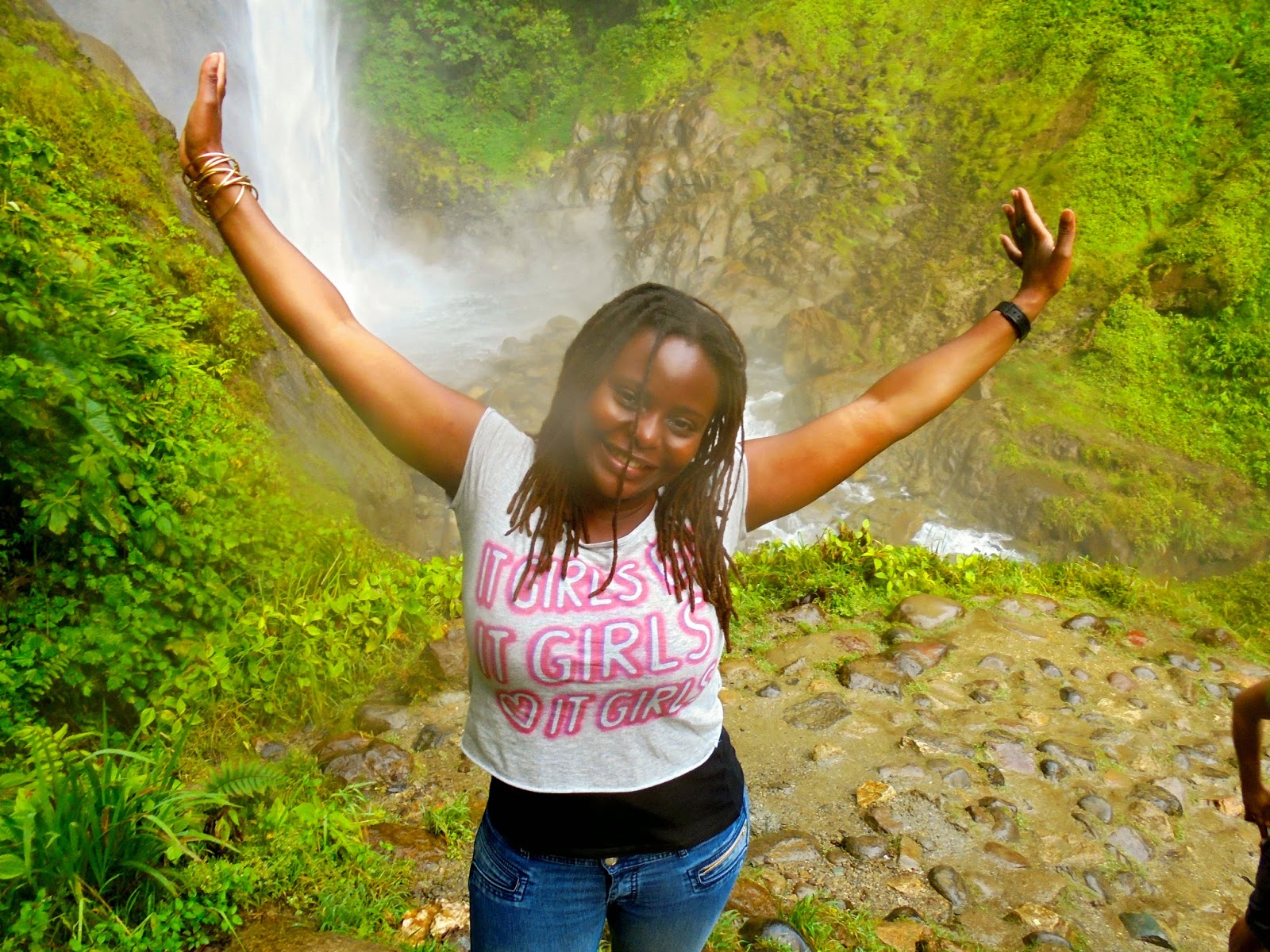 The chiva bus tour lasted for about 2 to 3 hours and it was really fun! by the time we got back to the town center we were a bit tired so we decided to head back to our hostel room to relax before going out later on to check out the nightlife.

I must say the nightlife in Baños took me by surprised because it was better than I expected. My first time in the city I was too scared to go out at night alone but this time round with my boyfriend by my side I was ready to party and enjoy the nightlife.

The city was so bright and vibrant at night that it was fun just walking around and taking it all in before heading to the night club. 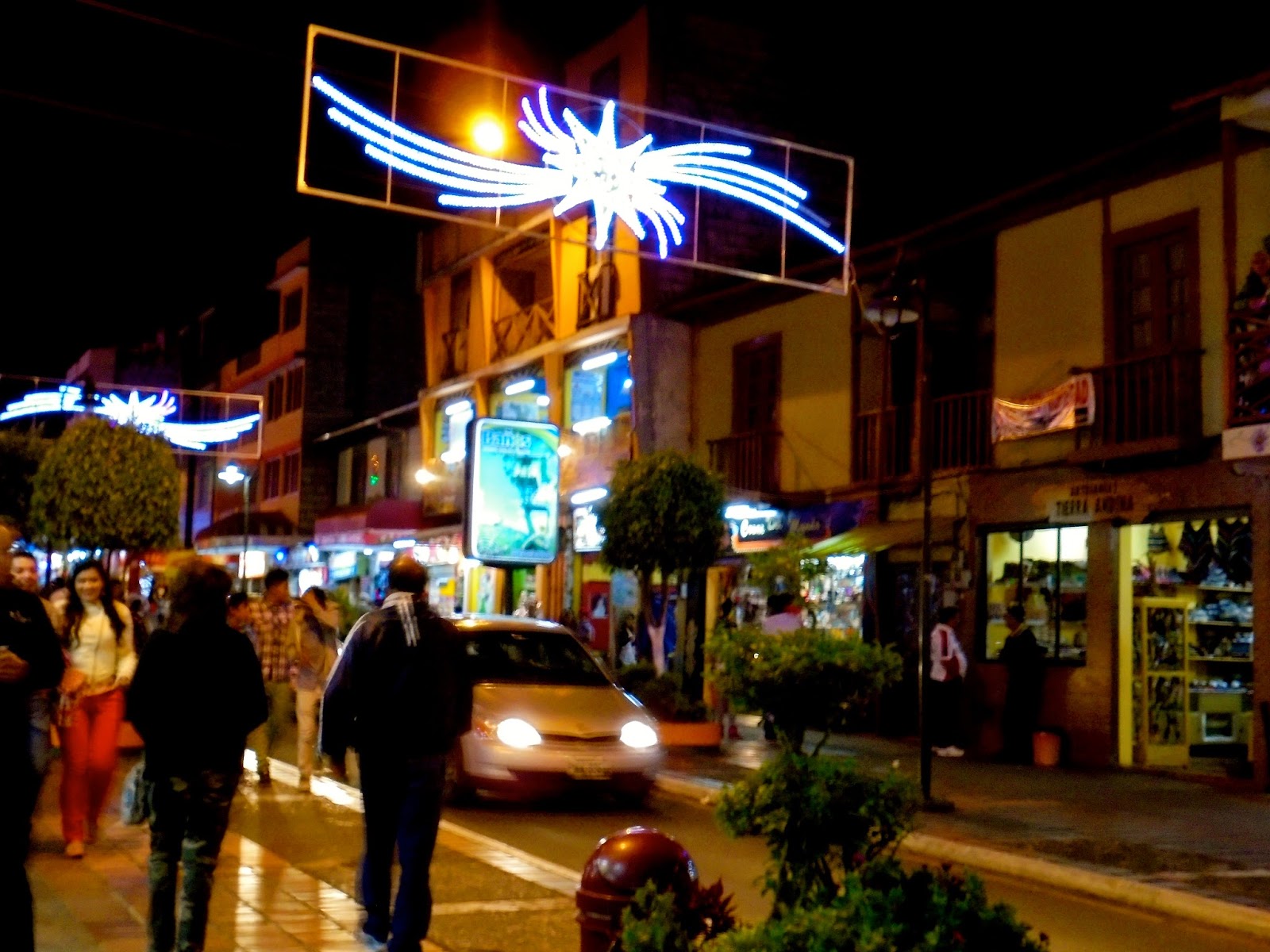 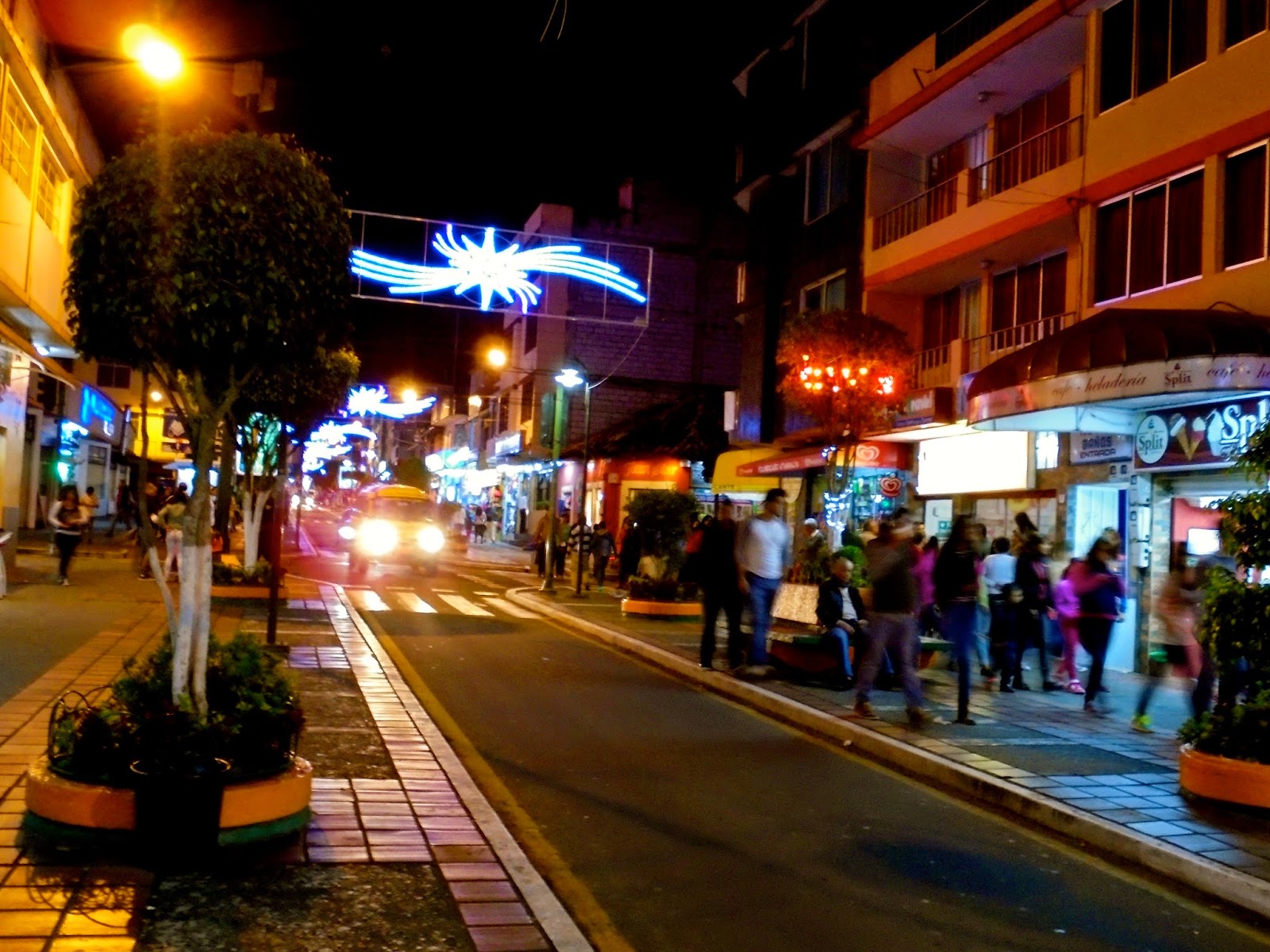 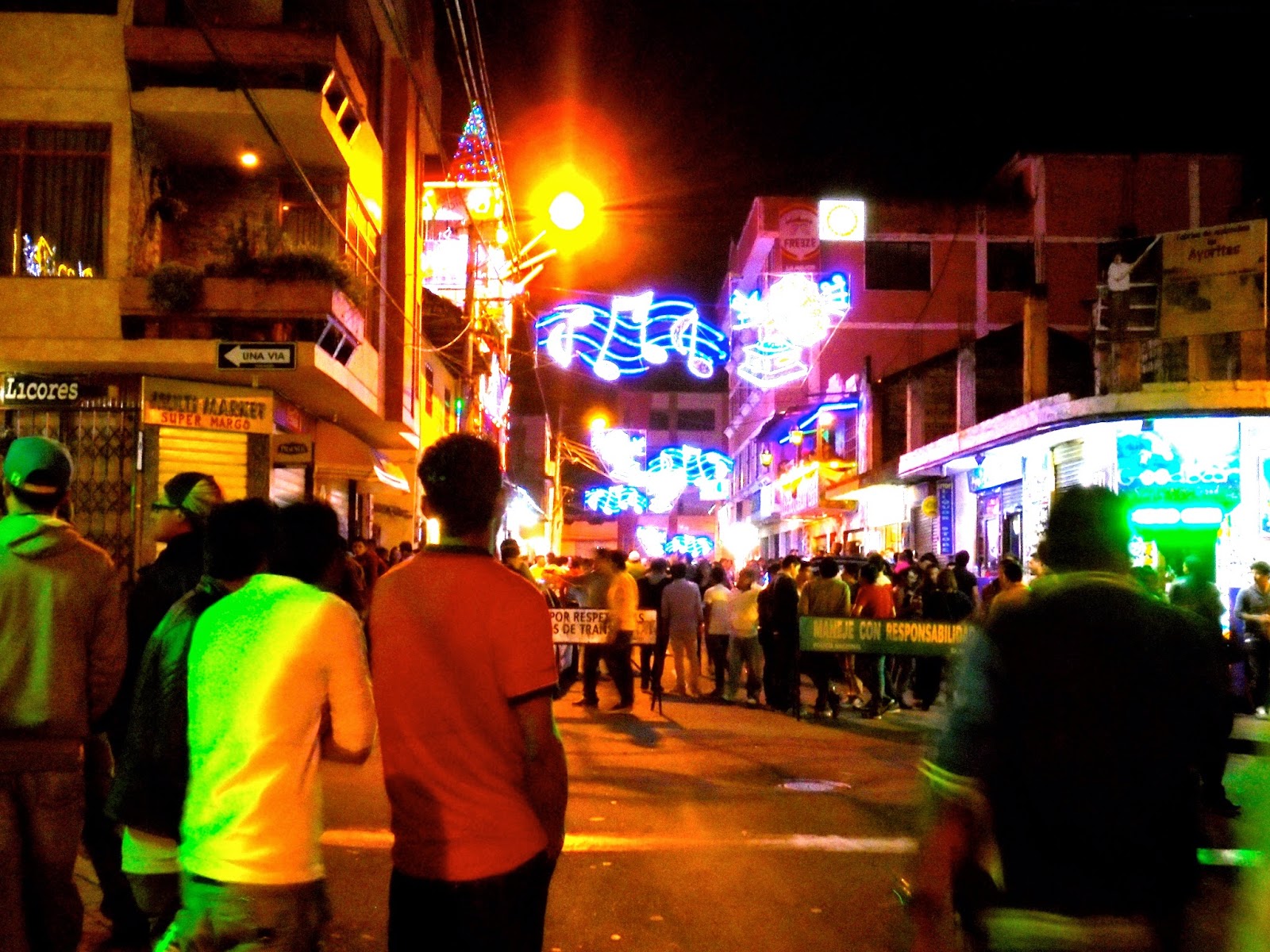 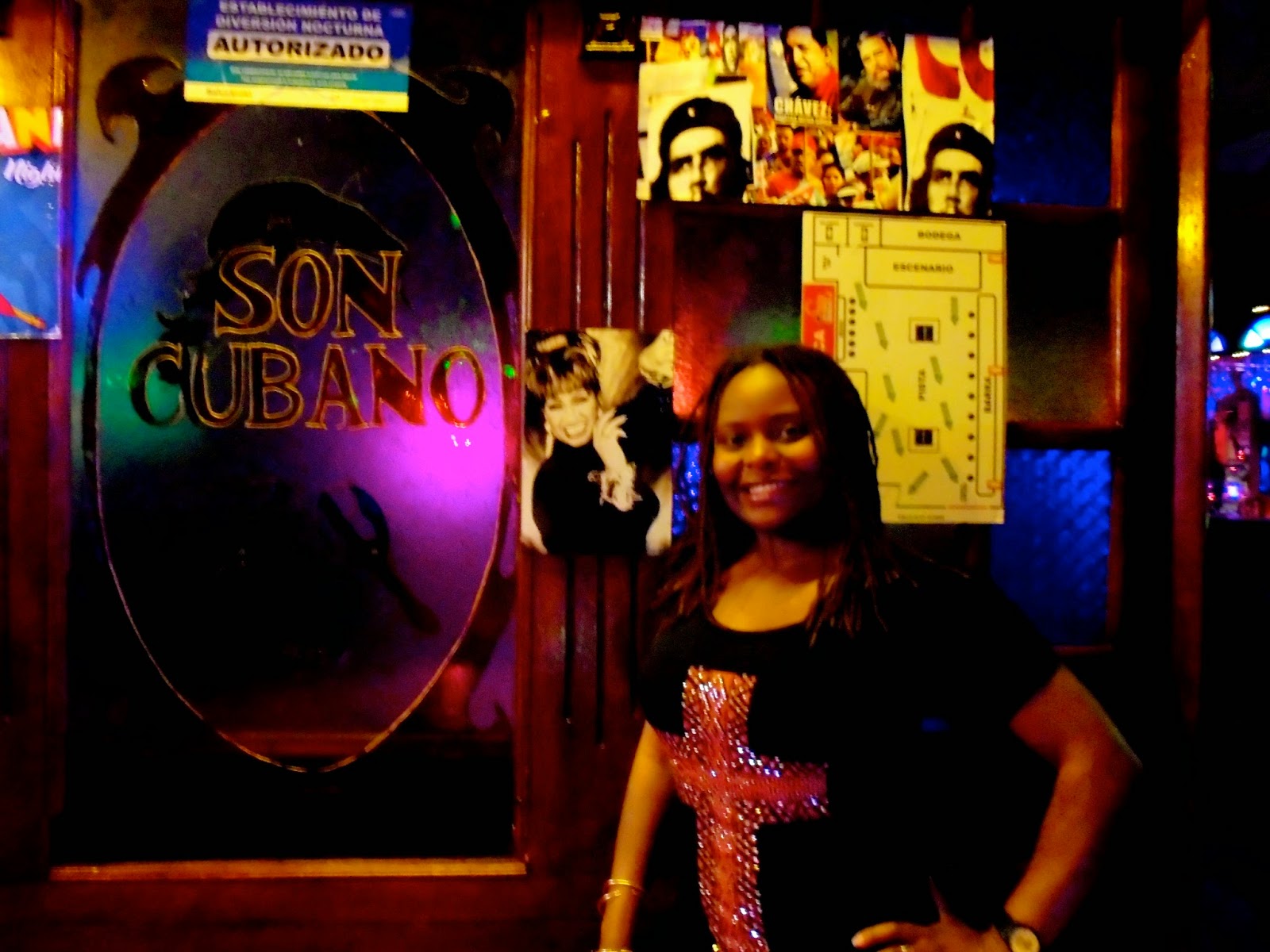 That's it folks, the first day in Baños was amazing and we both had a lot of fun. After a night full of dancing, drinking and listening to some good music we headed back to our room to get a good night's sleep before continuing with the adventures the following day. It was a day well spent indeed!
- January 24, 2015