If you want to have a very chill and relaxing time in Ecuador after doing quite a bit of site seeing and adventurous travel, Papallacta is the place to go. It is a small town that can easily be reached from Quito and although there really isn't much to do in the town, the various thermal baths and spas are the main attraction that pull crowds to Papallacta.

The travel agency I work for had a tour heading to Papallacta today so I decided to take advantage of the free travel opportunity and join in because I had never been to the town and I wanted to experience something new. The tour started early in the morning and before heading out of Quito we stopped by the area where the Spanish conquistador Francisco de Orellano started his expedition in search of the mythical city of El Dorado..........he ended up coming across the amazon river but that's another story for another day.

Anyway, the route to Papallacta is the route that Francisco Orellano took so that's why we stopped at the area where he started his expedition. My camera was acting up but I did manage to take a picture in front of a nearby church which was really pretty, I forgot the name of the church unfortunately. 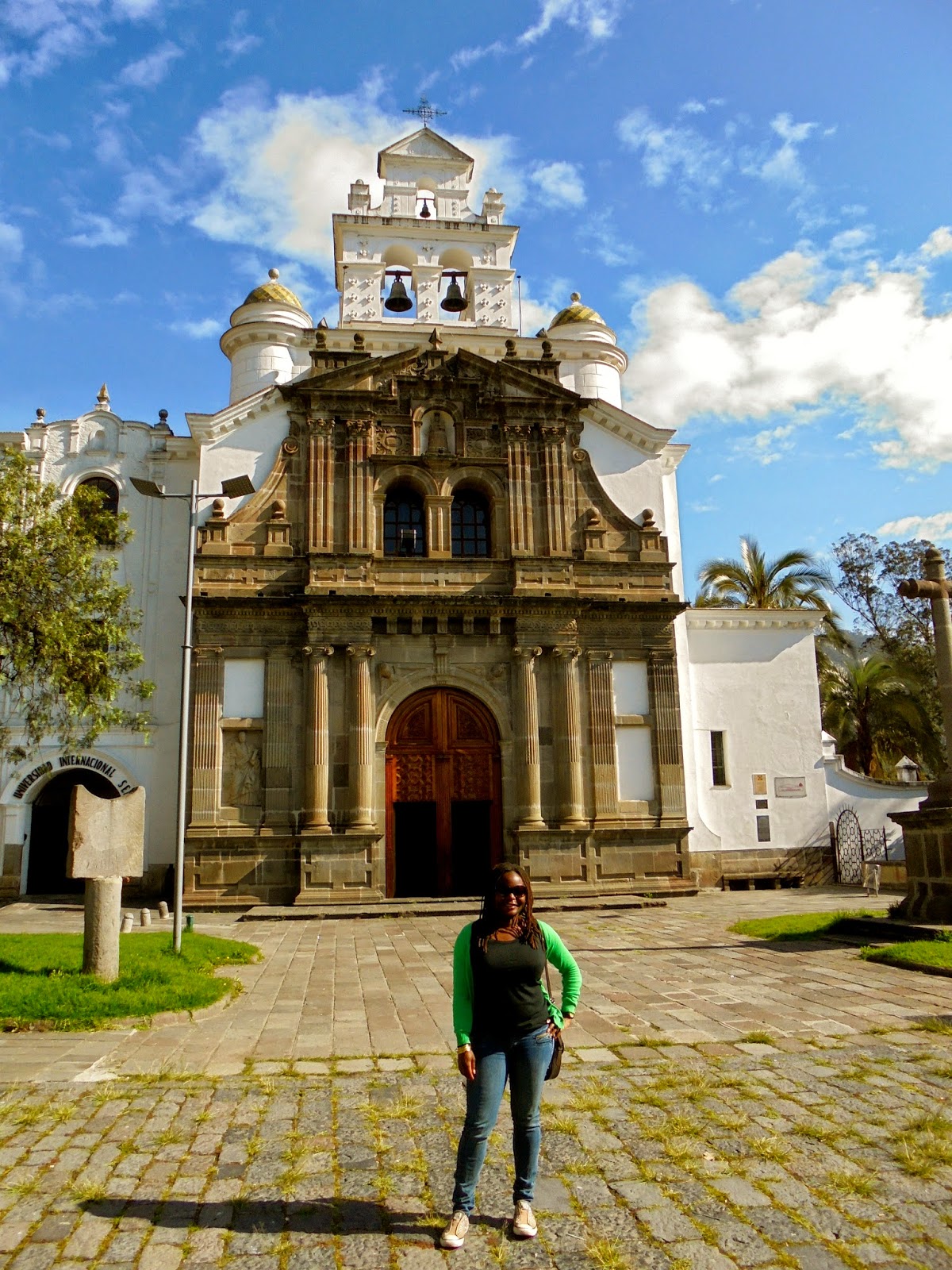 When we got to Papallacta we made a stop at a view point to get an aerial view of Laguna Papallacta but there was such dense fog that we could barely see anything. It didn't seem like it was going to clear up anytime soon so we continued on to the thermal springs. 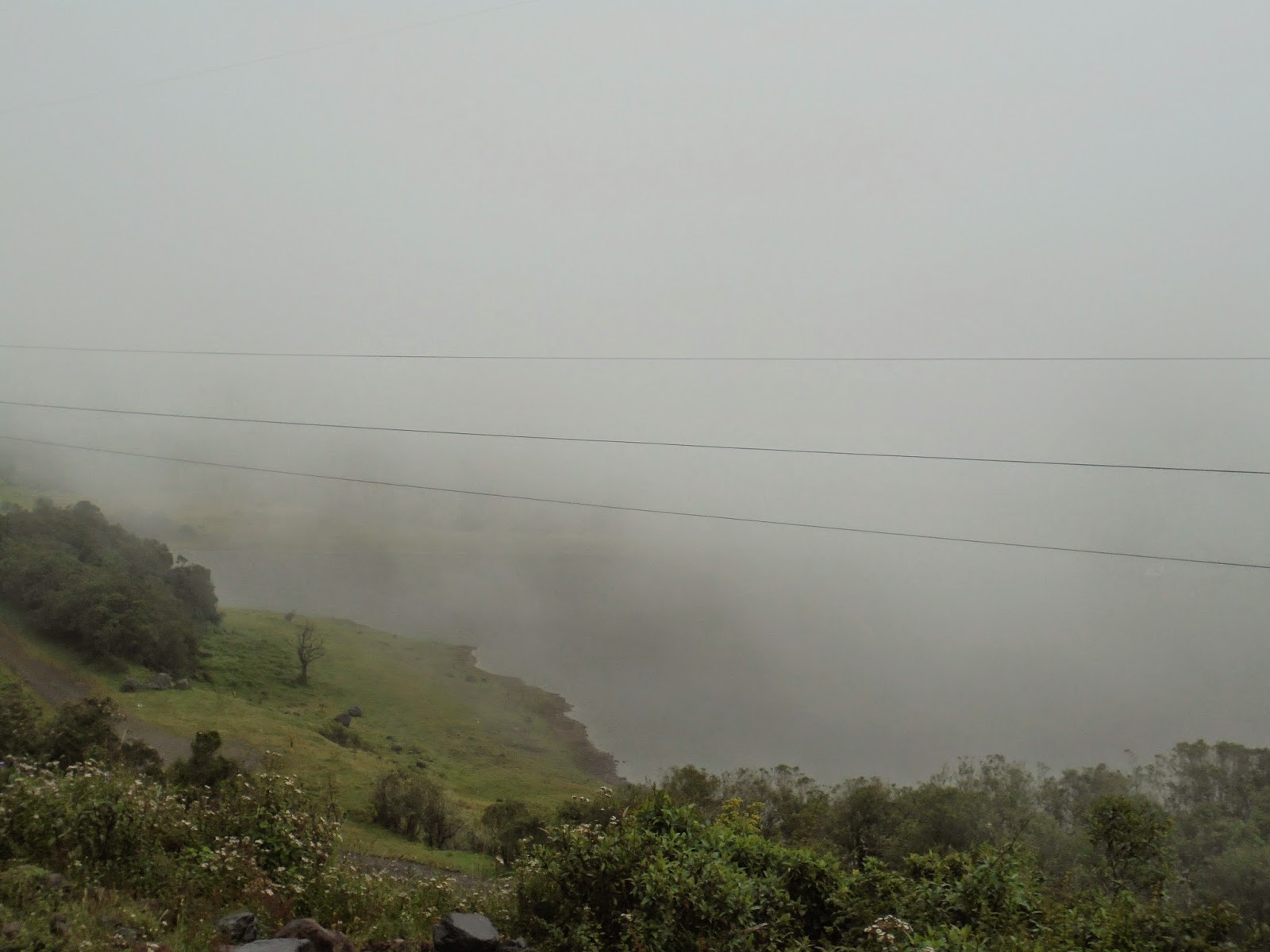 The area surrounding the thermal springs was very tranquil and pretty, it was drizzling and cold but that did not put a damper on anything. We took a short walk around learning about the local plants to be found and getting a little bit of history about the thermal springs which had been in use way before the Spanish arrived. 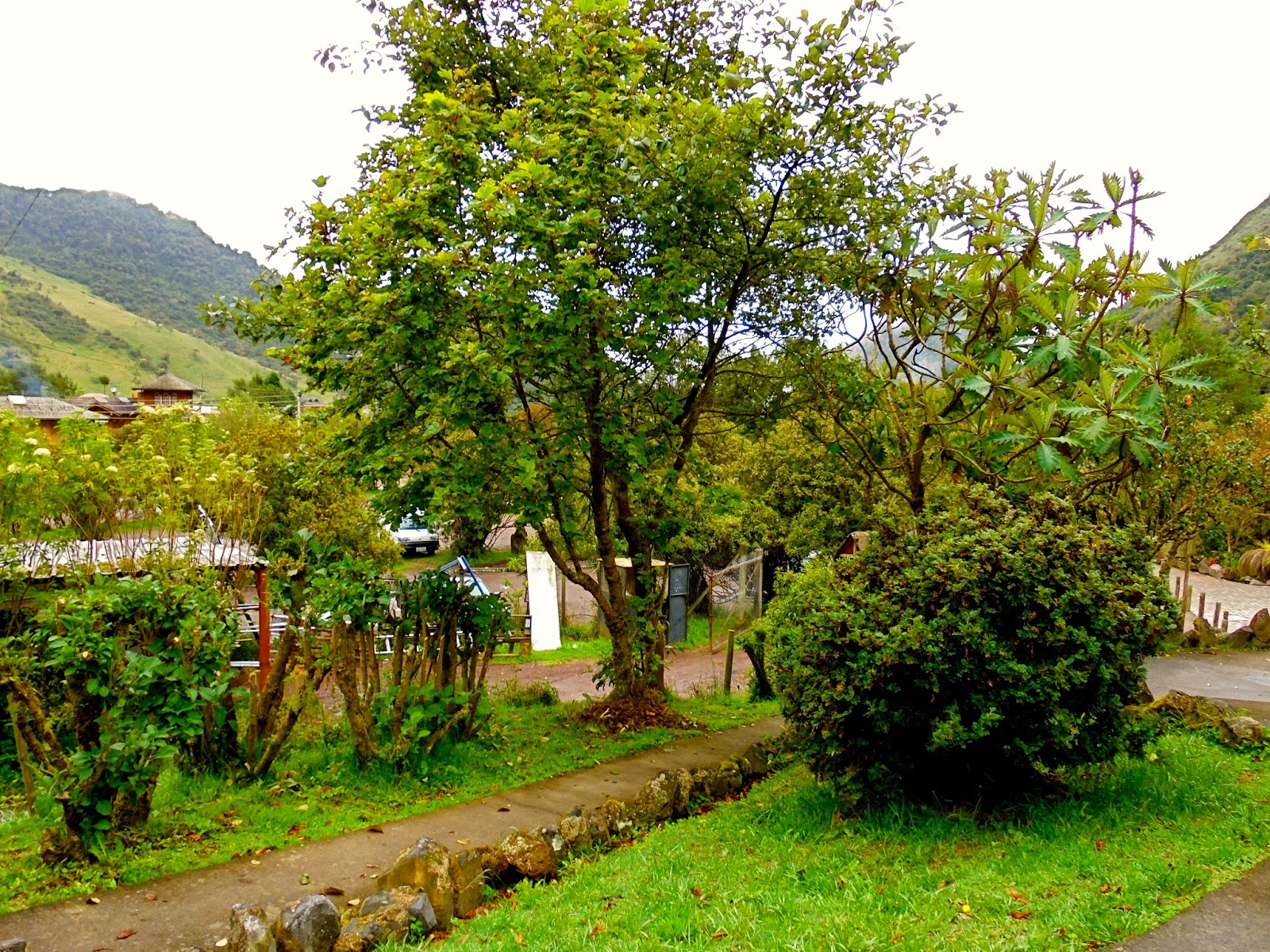 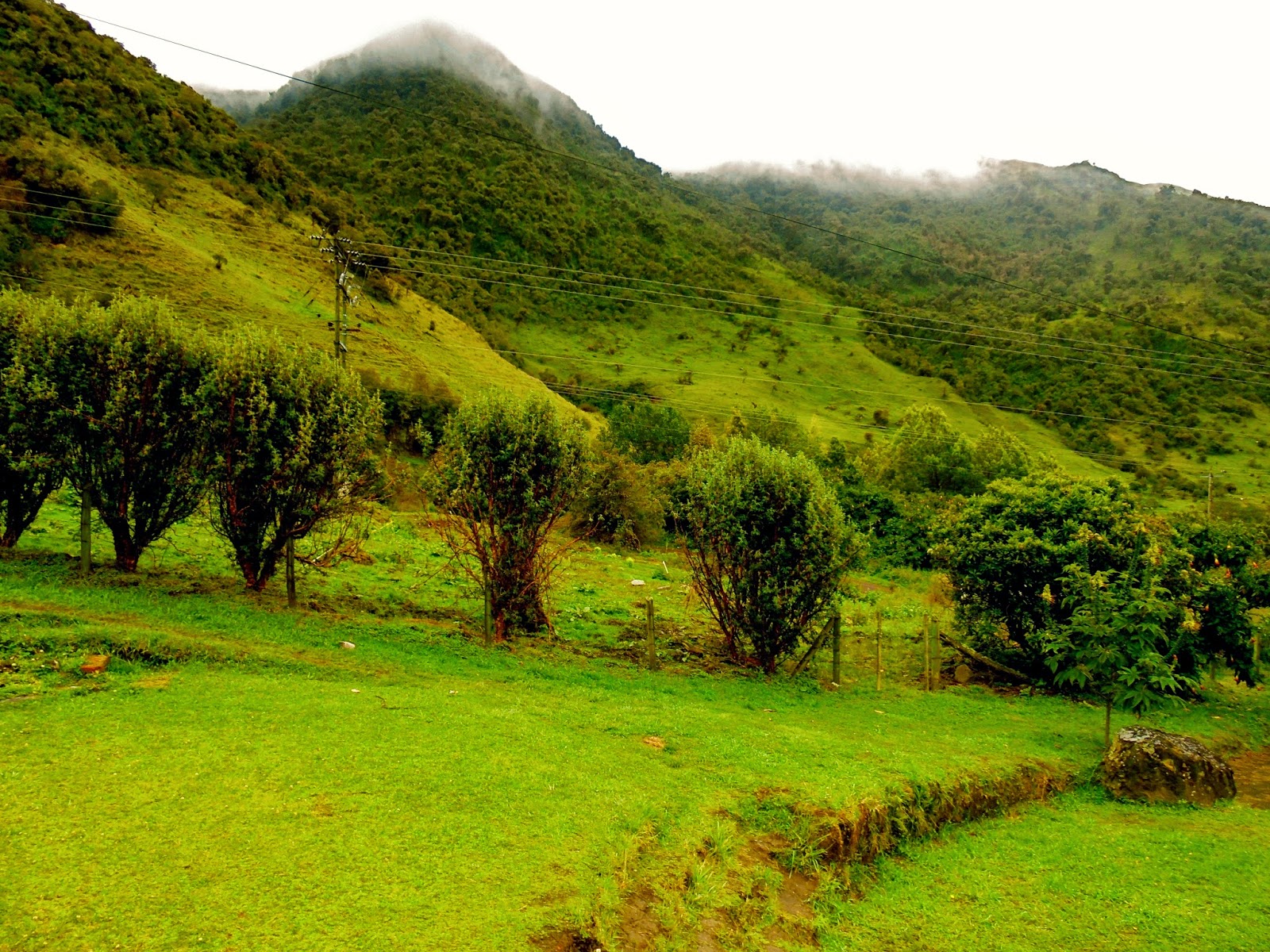 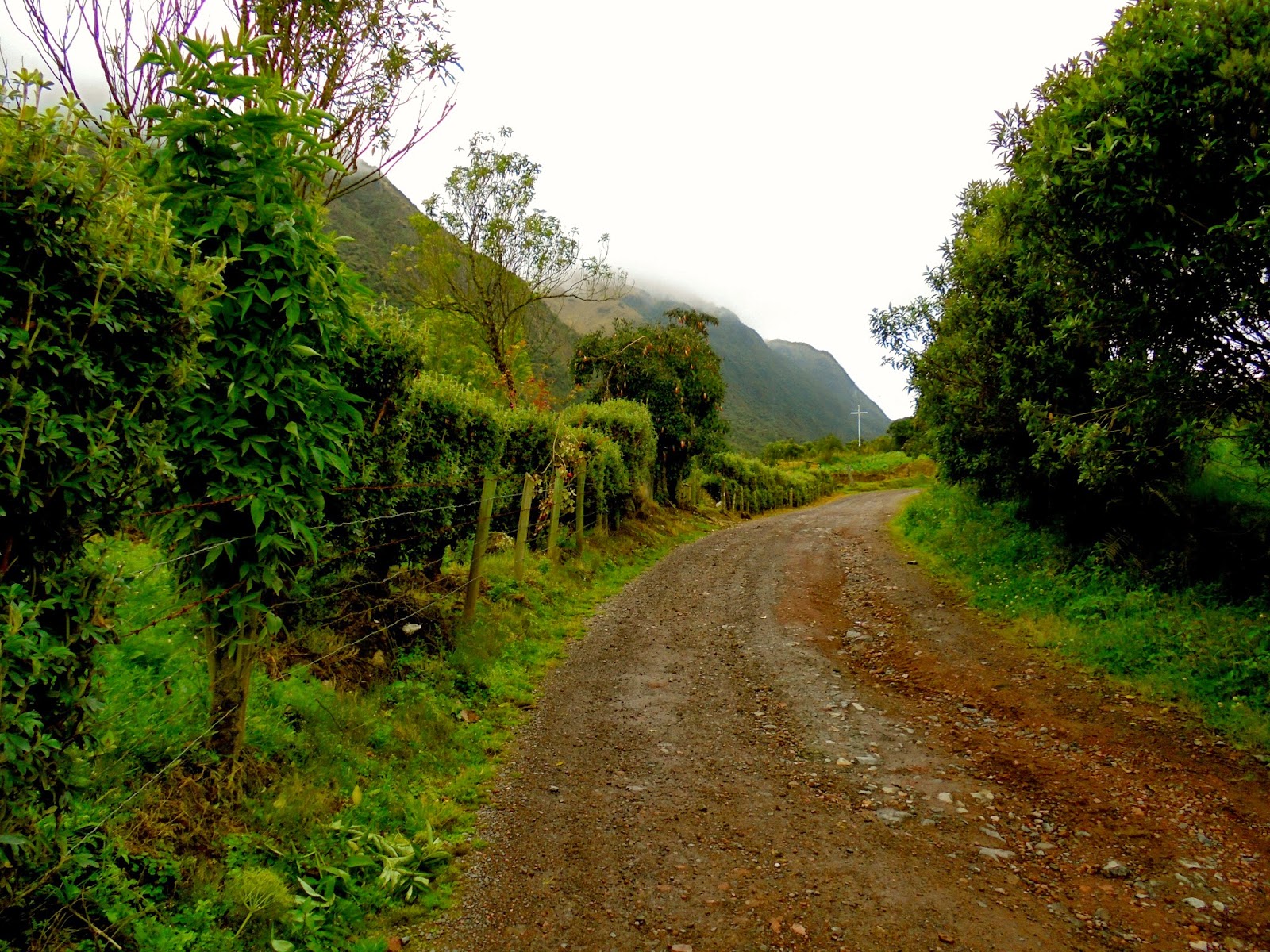 There were several organic farms around the area that supply produce to neighboring restaurants. 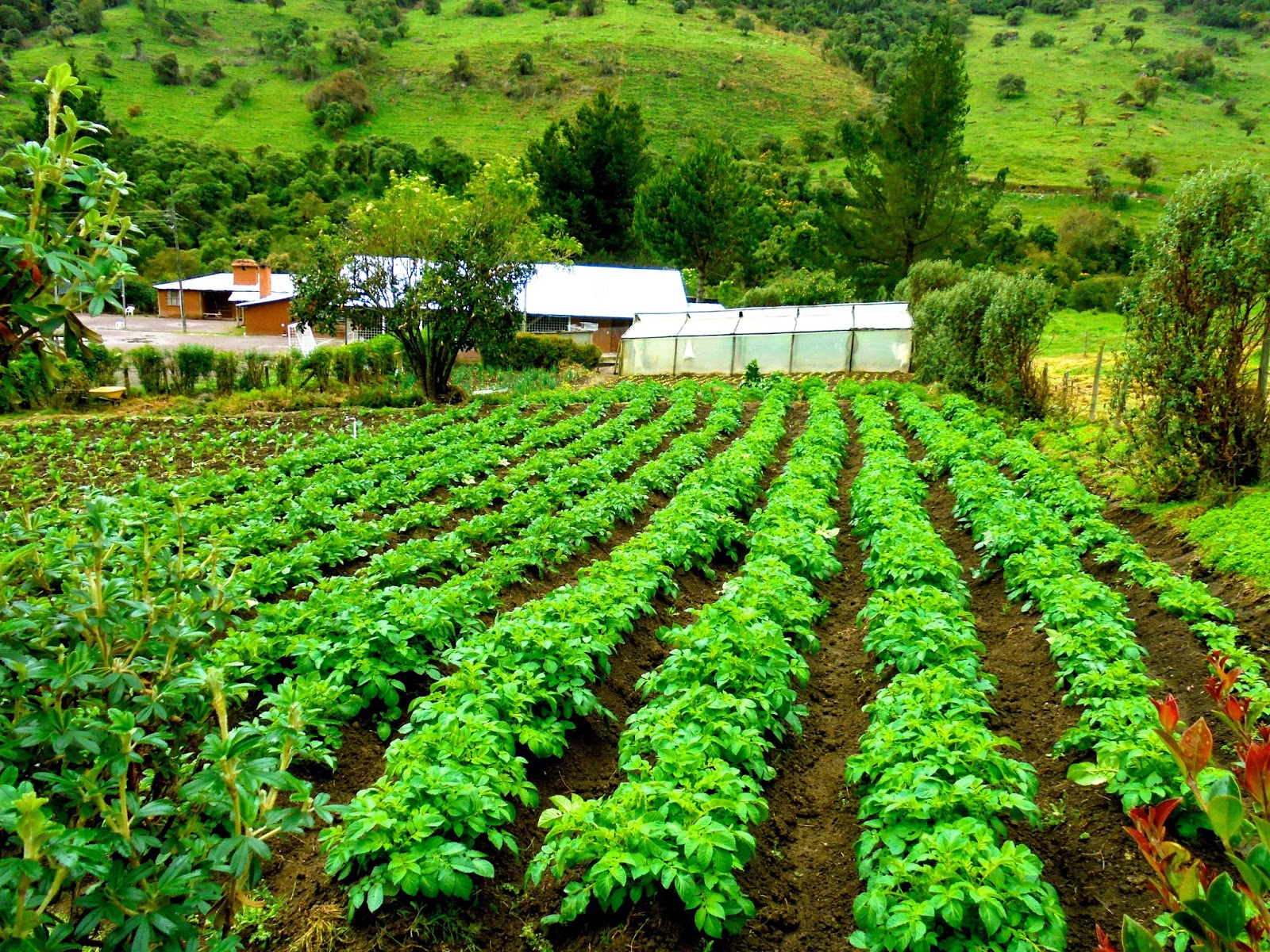 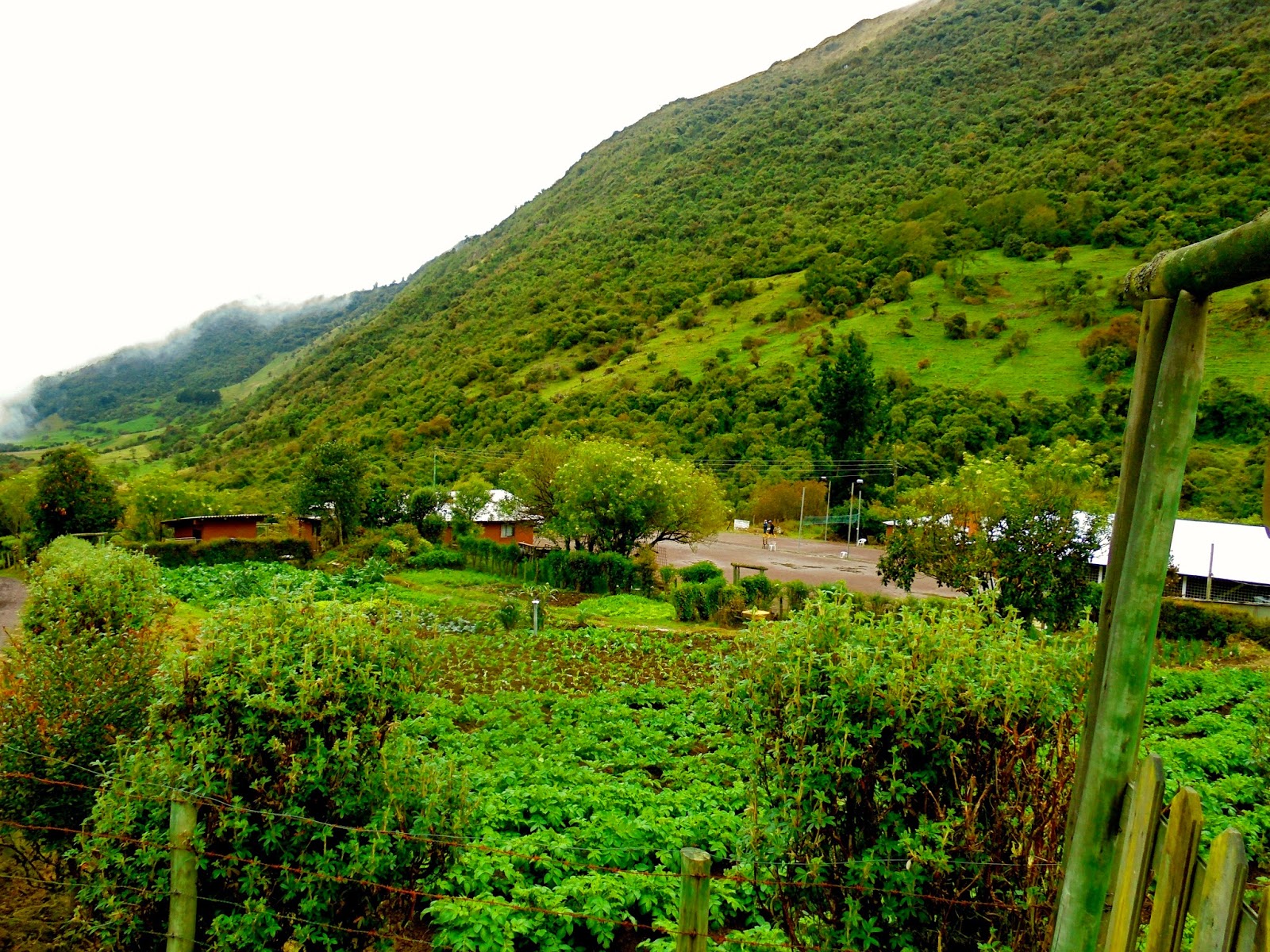 Entrance to the hot springs cost $8 for adults and you could stay inside for as long as you wanted. There were other cheaper neighboring hot springs that cost about $4 so you can chose where you want to spend your money. 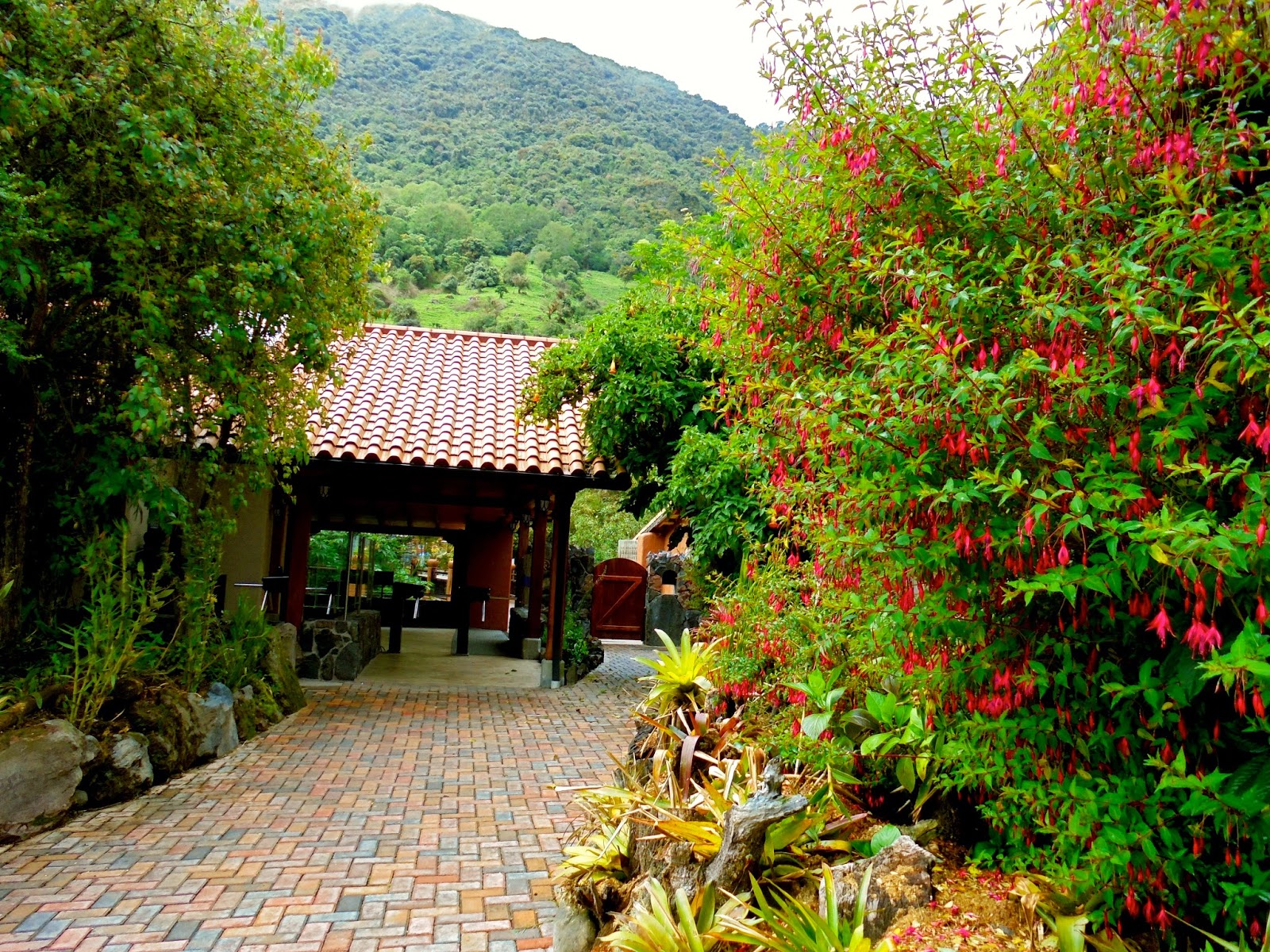 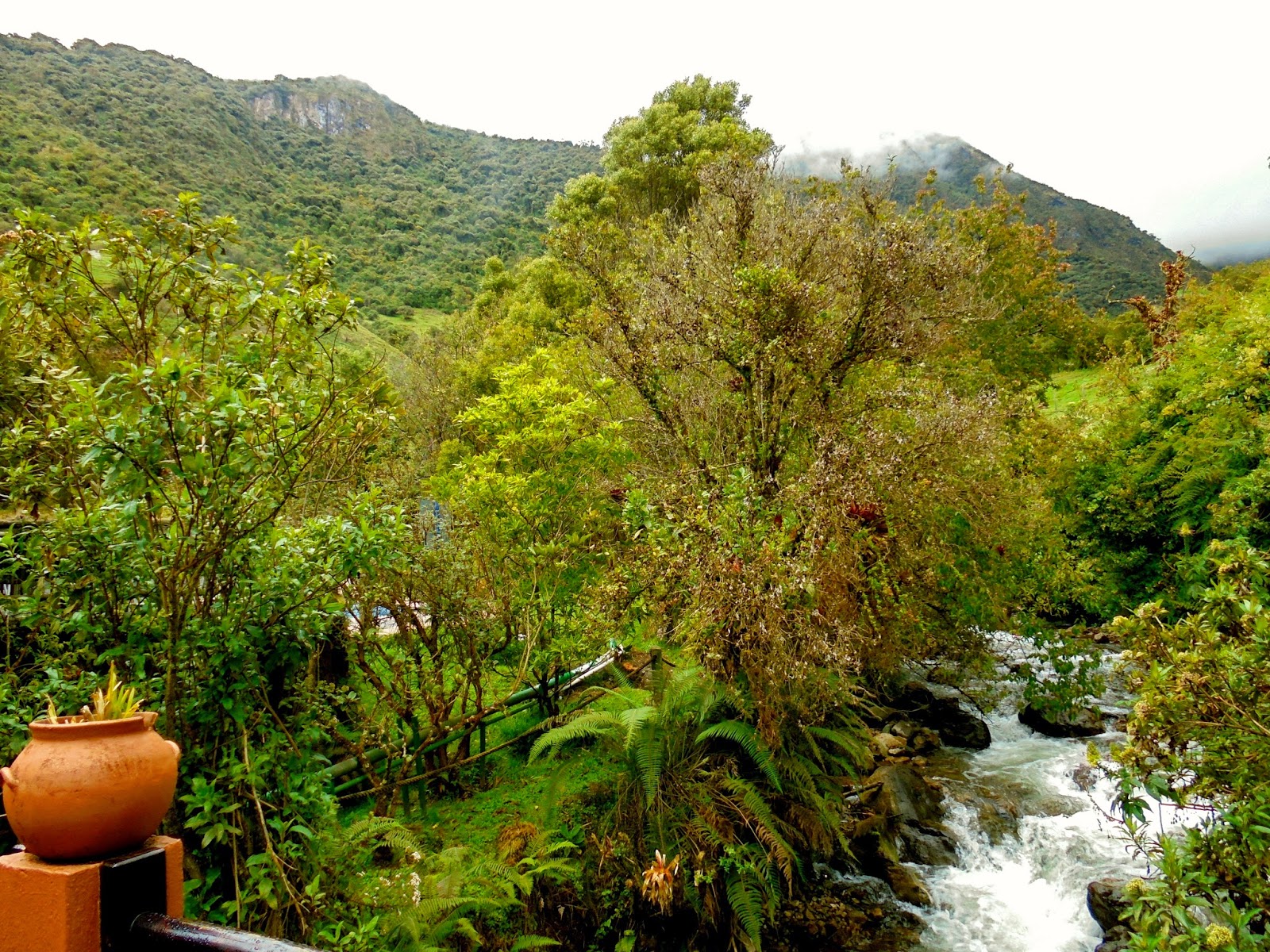 The various pools had different temperatures and you could move around switching pools depending on your preference. 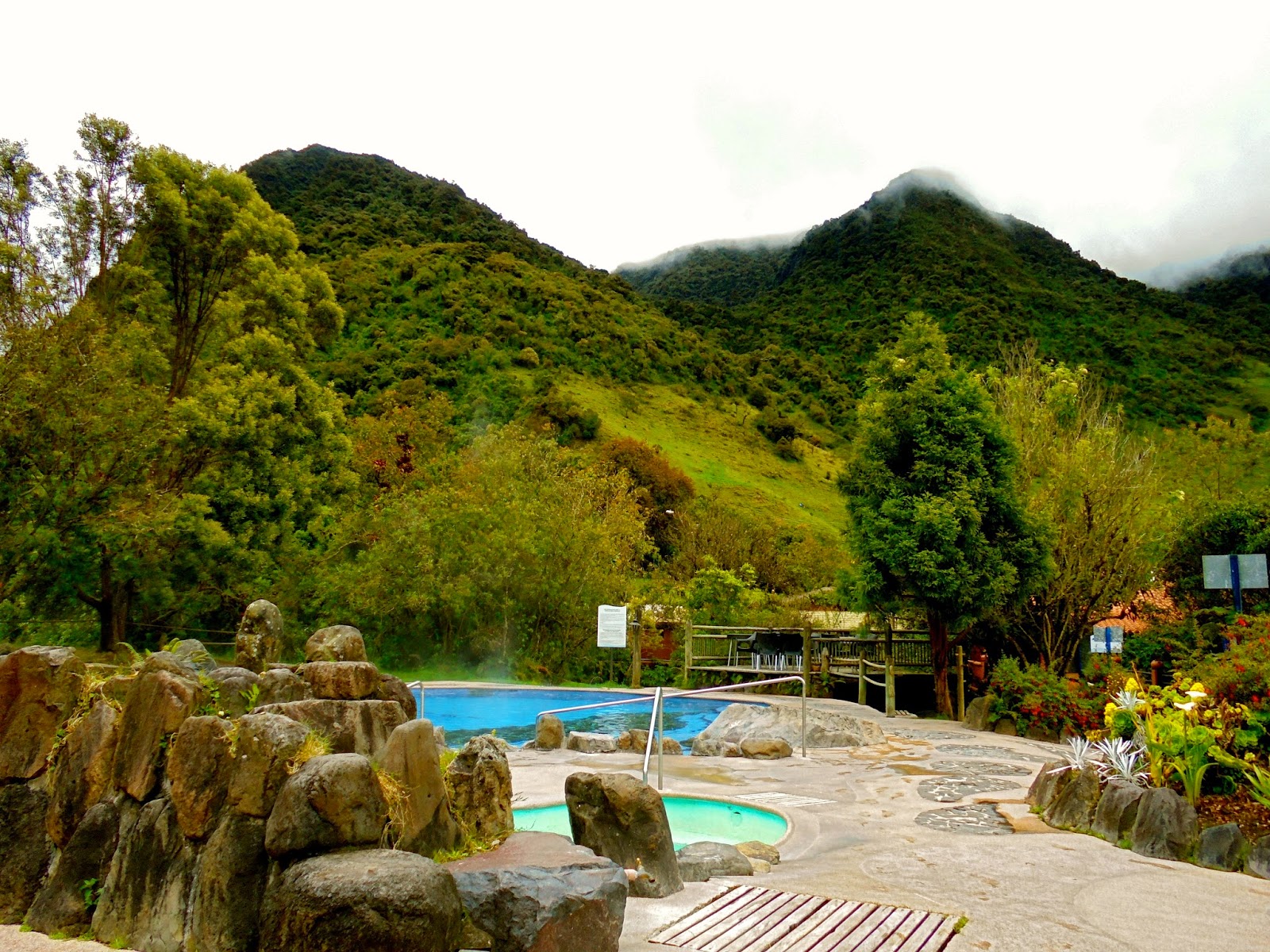 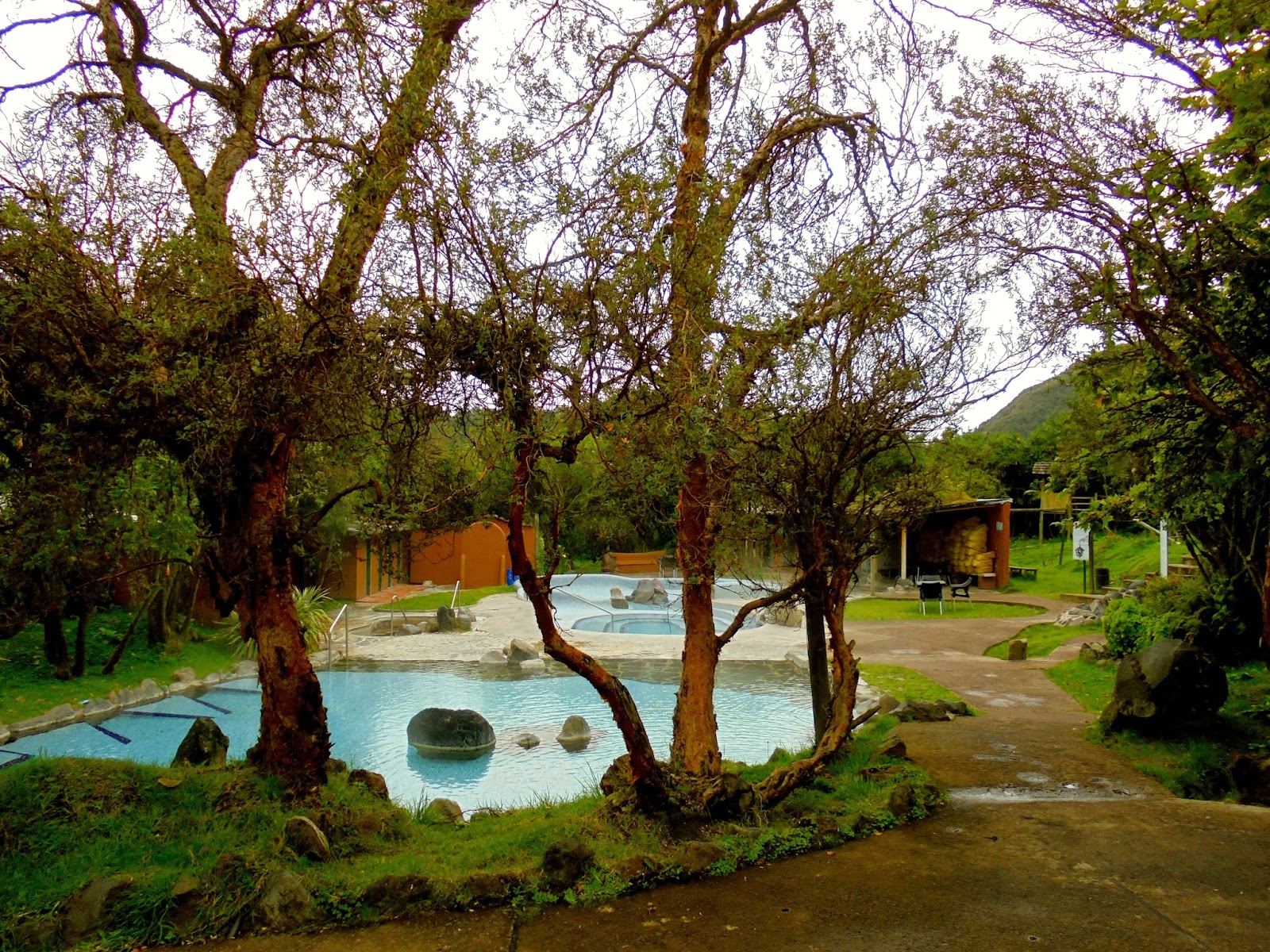 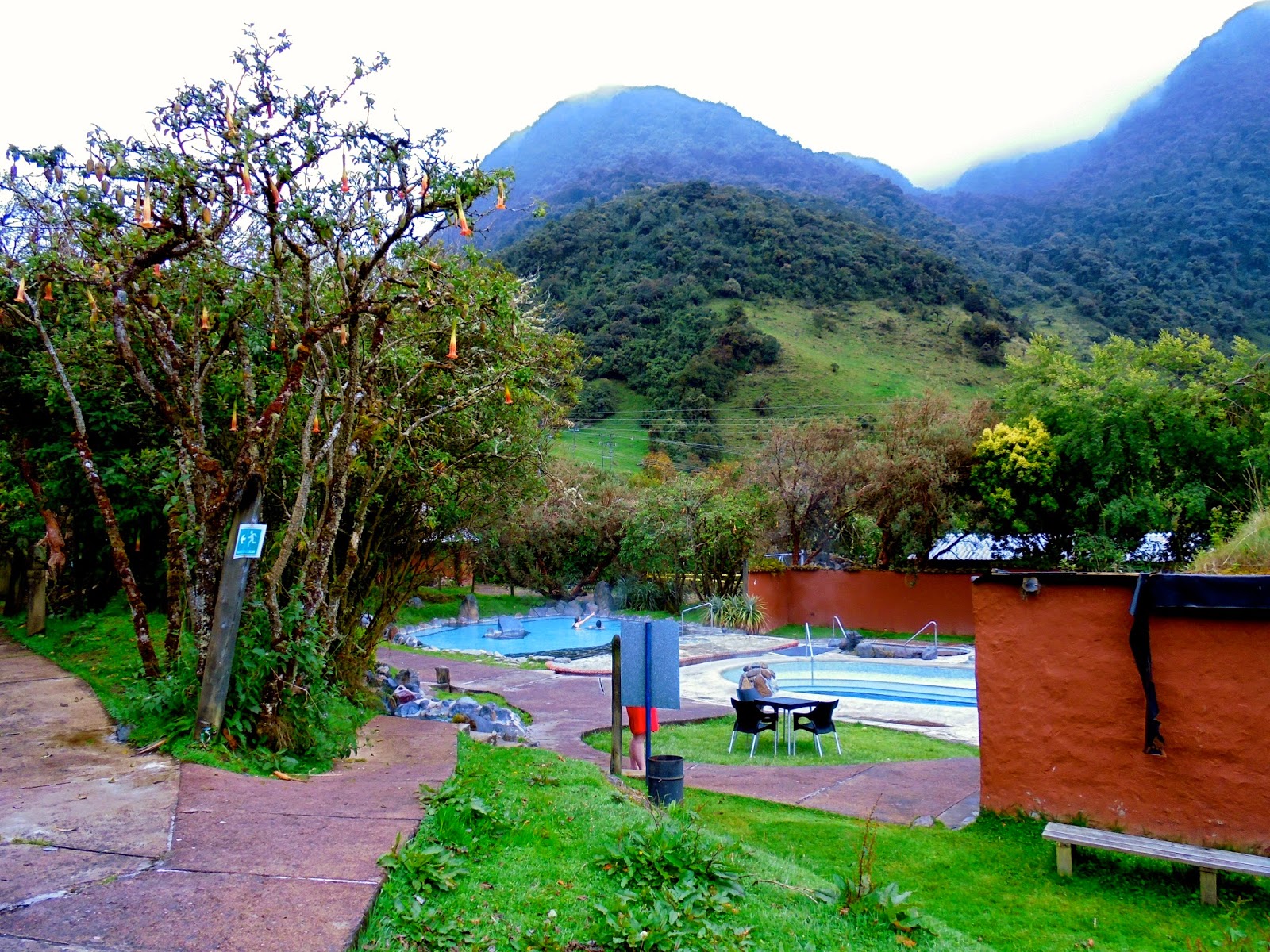 That's it folks, I am glad I was able to join this very chill tour. Since it was on a Monday the thermal springs were empty but I heard that over the weekends they get pretty full as people from Quito flood the area to relax in the pools. There were several spas around so if you really wanted to treat yourself you could indulge in some spa activities after enjoying the thermal springs. Indeed Papallacta is an ideal place to kick back and relax.

It's one thing to visit a place and stay on for a short period of time as a tourist but living as a local, let's just say you get to notice and experience certain things that you never really paid attention to. Ecuador is beginning to leave a bitter taste for me.

I am experiencing extremely slow internet speed, I am just crossing my fingers that I get through this post without any drama.

I have gained a little weight thanks to all the cooking my boyfriend does. I met up with a friend this past weekend and she pointed out my weight gain, when I got back to the house I asked my boyfriend  if my body looked very different between now and when we first met. He looked at me with a sweet smile before taking a huge bite out of the sandwich he was eating, I know that strategy well so I laughed and told him I will be waiting for his answer after he is done chewing his food. Well, the answer was yes I have gained a little weight.............like I really needed his confirmation, the things we do to ourselves. Anyway, after assuring me that I still looked good he offered to help me with my diet and this is the dinner he made for me. Ladies and gentlemen, I am officially on a diet. 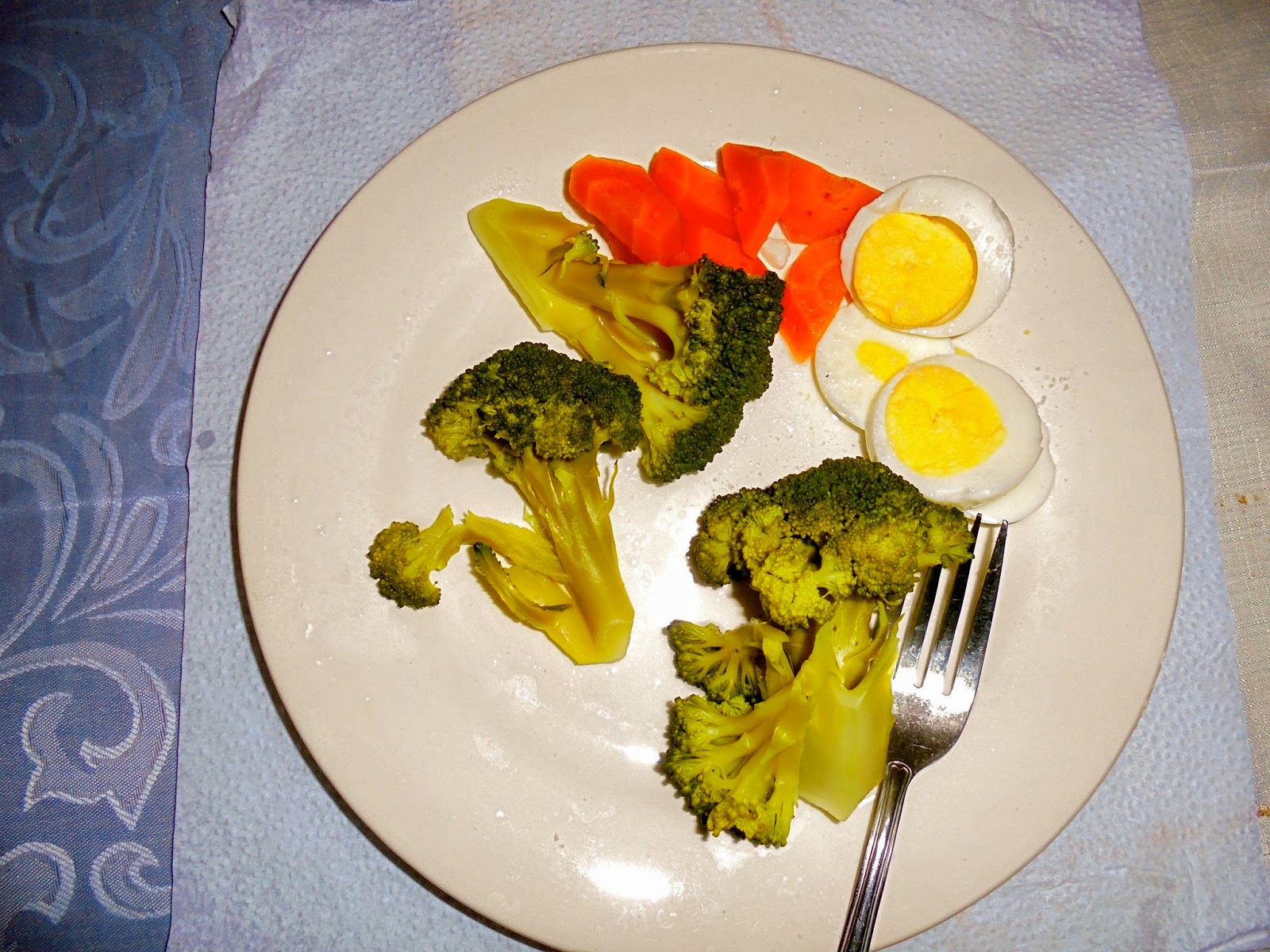