Yesterday was Halloween and I was surprised by how busy the streets got in the evening with people wearing all sorts of costumes and clubs already blasting their music at around 6 pm. Halloween isn't celebrated in Ecuador but because of the many tourists around the newer part of Quito, I guess the influence has been passed on so some people do go all out on the costumes. The atmosphere was very lively and me being a lover of busy streets full of people, I was enjoying it. At night we (the boyfriend and I) decided to go out dancing so we headed to La Mariscal where the nightlife happens.

Walking along the streets was entertainment enough! I haven't been out at night for quite a while so it felt good experiencing the night scene. I will let the pictures do the talking here..... 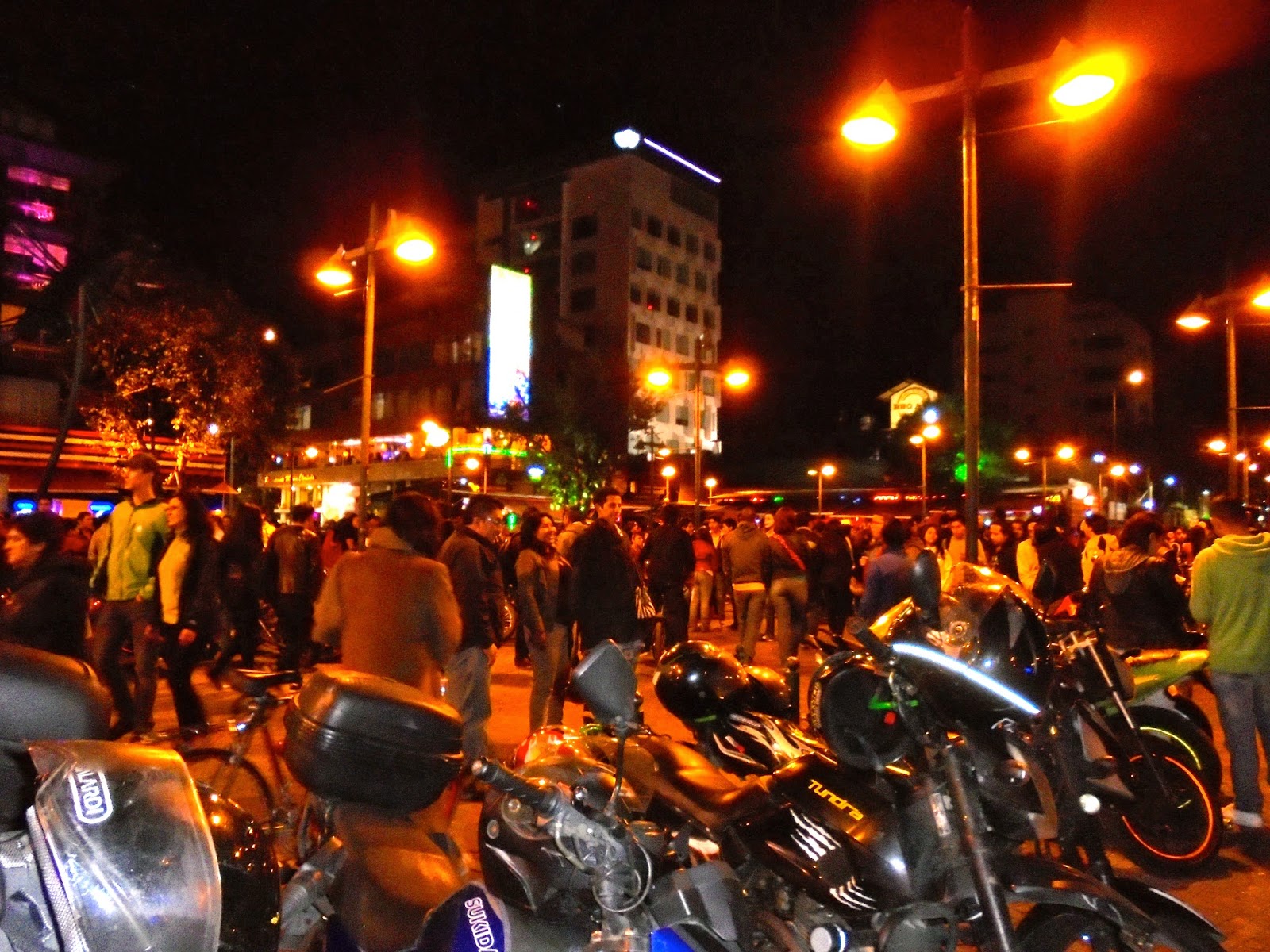 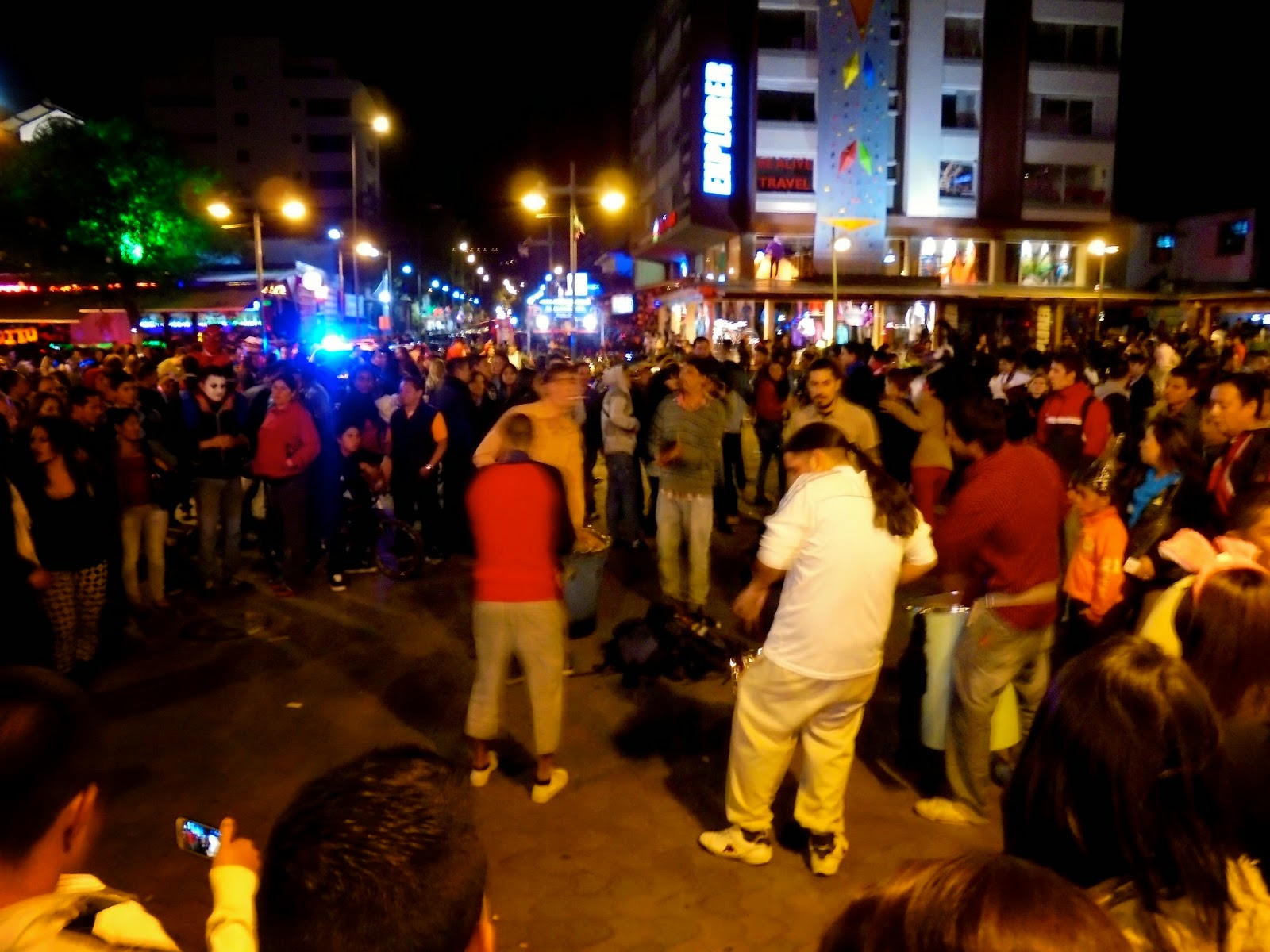 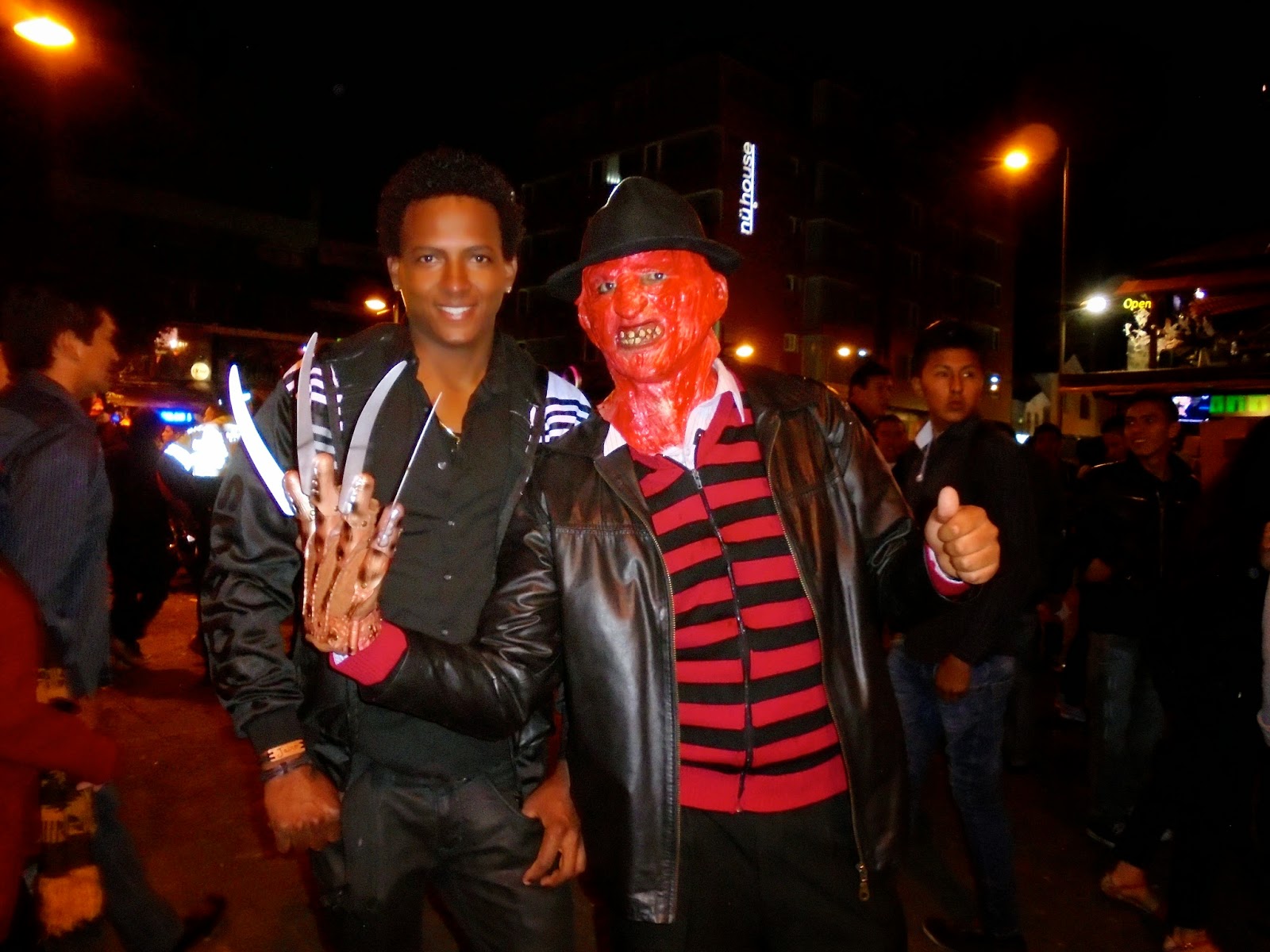 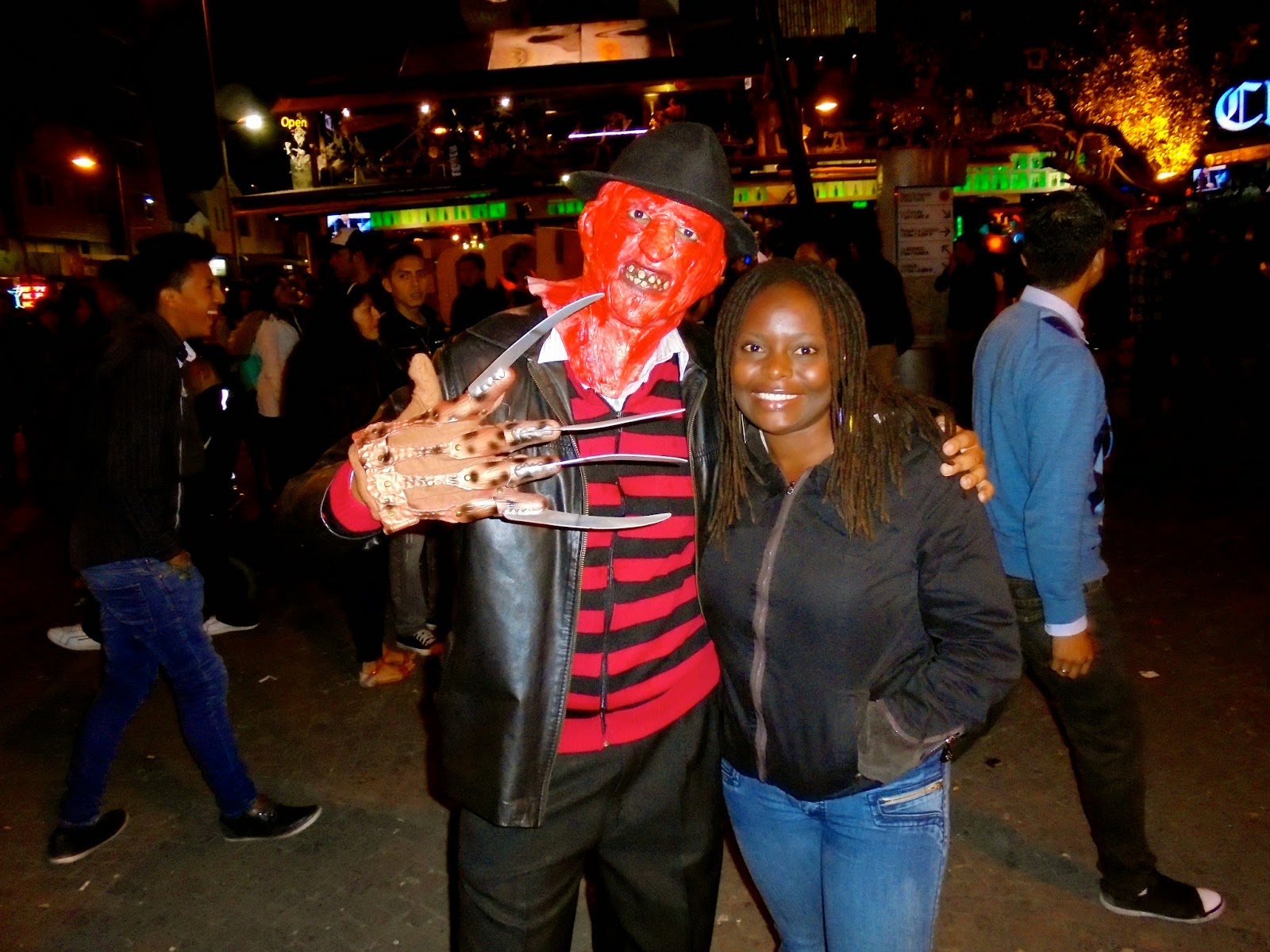 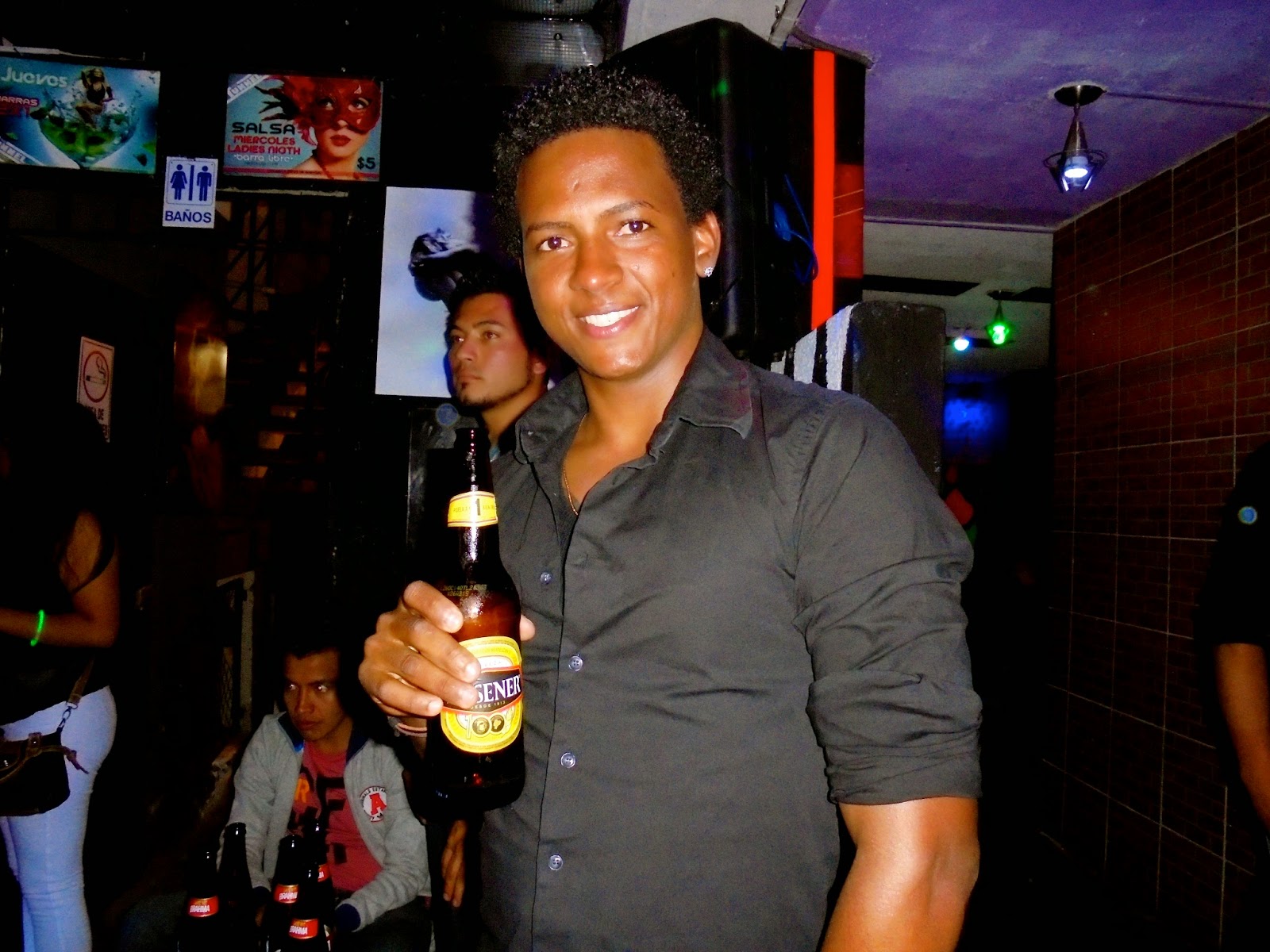 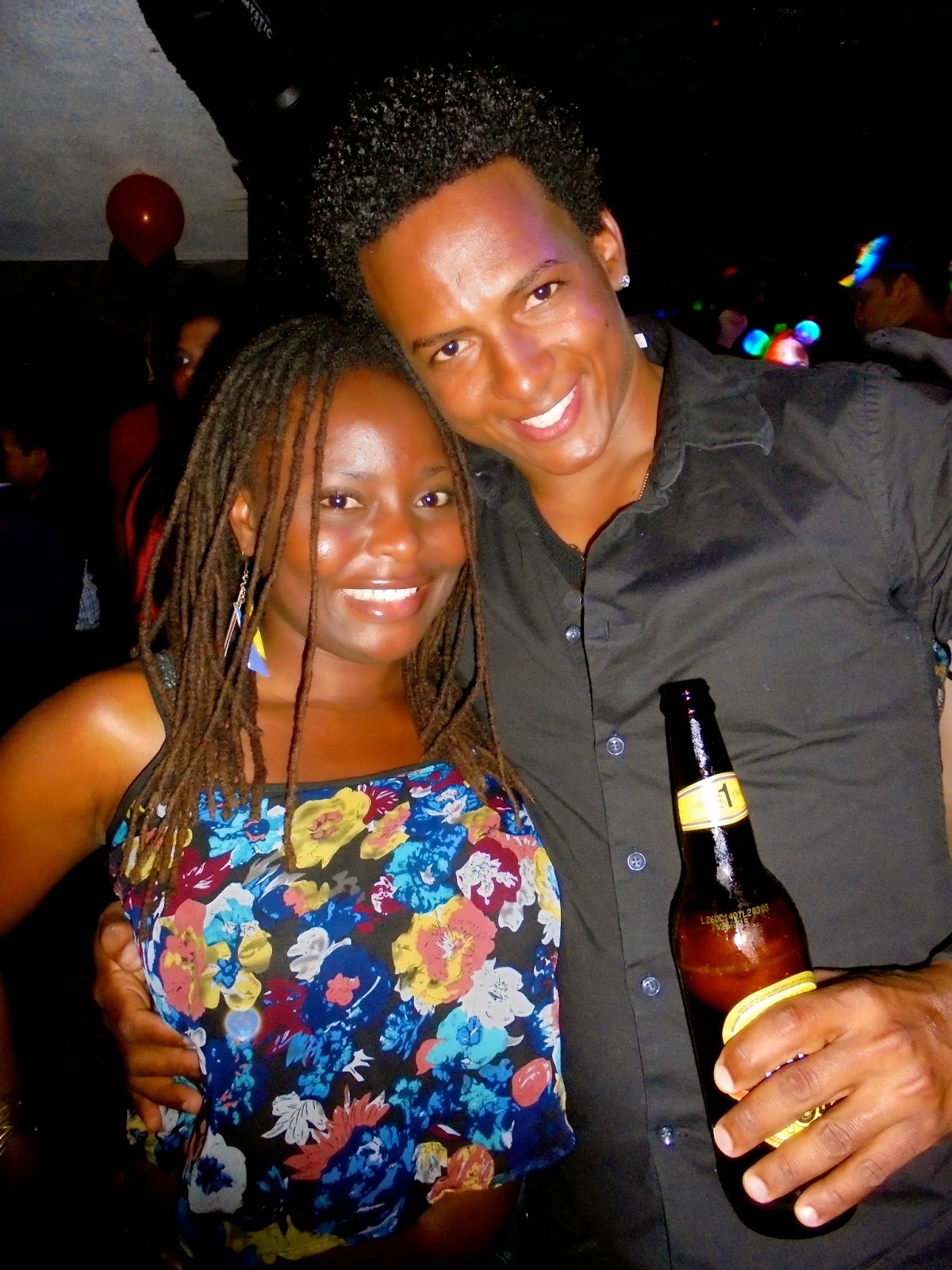 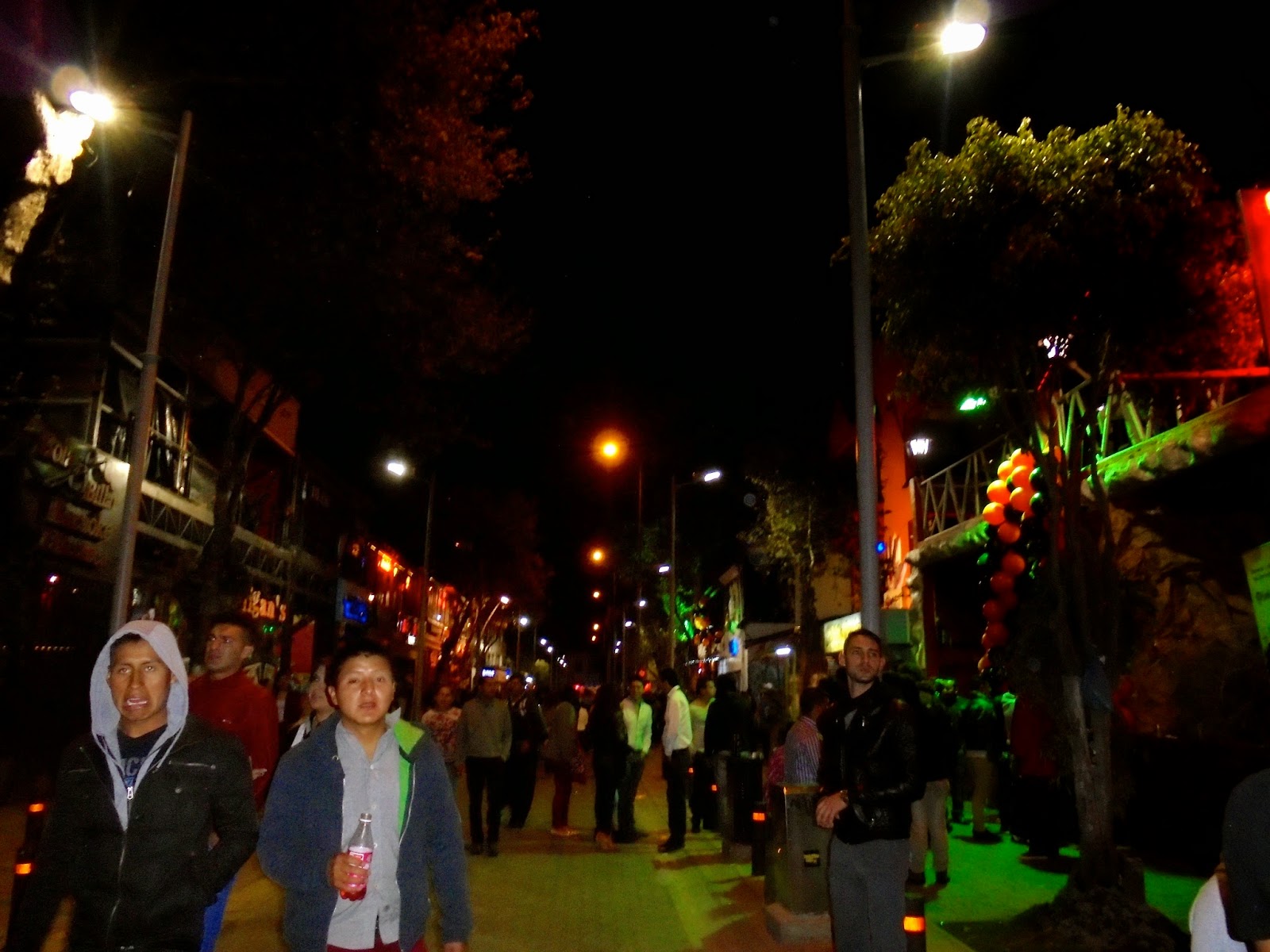 That's it folks, it was good being out at night dancing the night away while enjoying good music but I have to say, I feel sorry for whoever had to clean up the streets the following morning.

I enjoy working at the internship I got. The owner is super cool and chill making the whole vibe in the office really relaxed.

He brings us lunch from his home everyday and serves it to us during lunchtime. He makes sure everyone gets a fair share and when he is serving us drinks he actually checks each cup to make sure no one is shortchanged.

I don't think I have had so much starch as I have while living here. I am getting accustomed to eating rice and potatoes or rice and pasta combined. I used to find the whole combination so heavy but now I am used to it.

I am working with this other Ecuadorian guy who is a student at a local institute and is doing his internship at the travel agency. The dude is super sweet and I treat him like a little brother, sometimes he comes with his girlfriend to work and you should see how lovey dovey they are. Too cute!

I was having a conversation with this Ecuadorian guy and he was saying that all Latino men are machistas whether they like to admit it or not or whether they realize it or not. It just depends on the level of machismo they exercise but as long as they were born and brought up within the Latin culture, they are machistas. It was quite an interesting conversation to say the least.

Last weekend we went to a Dominican party and I got officially introduced to the community. I was told since I was dating one of them then I am part of the community and they welcomed me with beer, I don't like beer but I decided to be a good spot and try some. Let's just say for the next couple of days I was walking around with a bloated stomach which was not comfortable at all! not sure if it was the beer.............or that time of the month.