Shiraz is a city in south- central Iran that is considered the cultural capital of the country. It is well known for it's beautiful Persian gardens, poetry and is one of the top tourist cities in Iran. There is so much that can be said about Shiraz but I will keep it short by saying, it is a beautiful vibrant city that is not to be missed during a trip to Iran.

This was the last city I visited before going back to Tehran and leaving the country, by the time I visited Shiraz I had seen so much beauty in all the cities I had visited prior and didn't think there would be anything else left to impress me, how wrong I was! I enjoyed the city thoroughly and without further ado, here are some of the highlights that I got to enjoy.

Nasir al-Mulk Mosque - also known as the pink mosque due to the extensive use of rose colored tiles. It was built between 1876 and 1888, the reason why it stands out is the use of stain glass that's not commonly used in mosques. It's such a beautiful mosque and the details in the artwork is very impressive! women have to wear a chador (full body covering) in order to enter and as like in many other mosques, these chadors are provided at the door for free and returned upon exit. 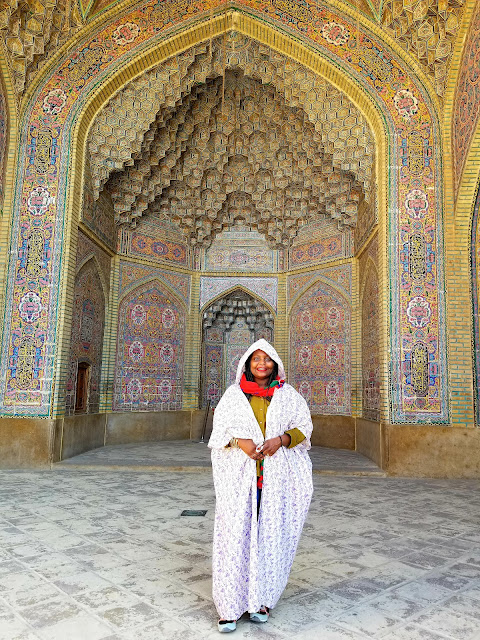 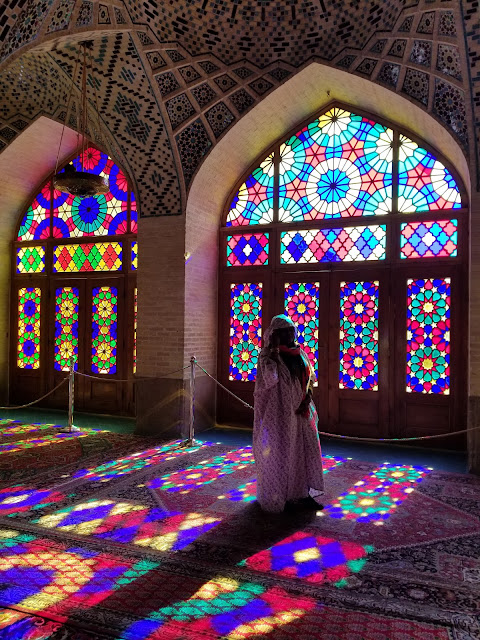 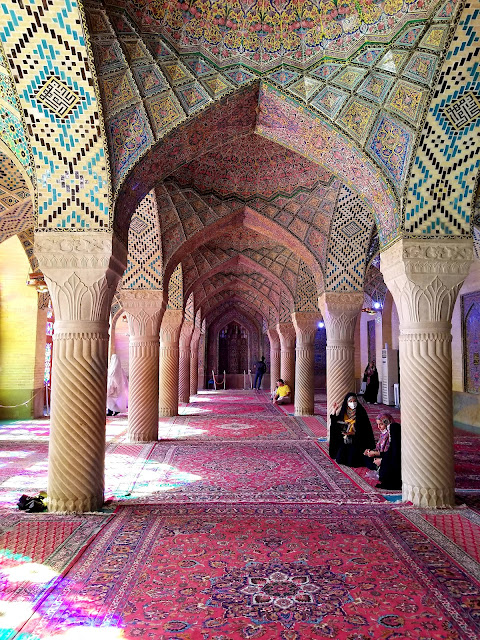 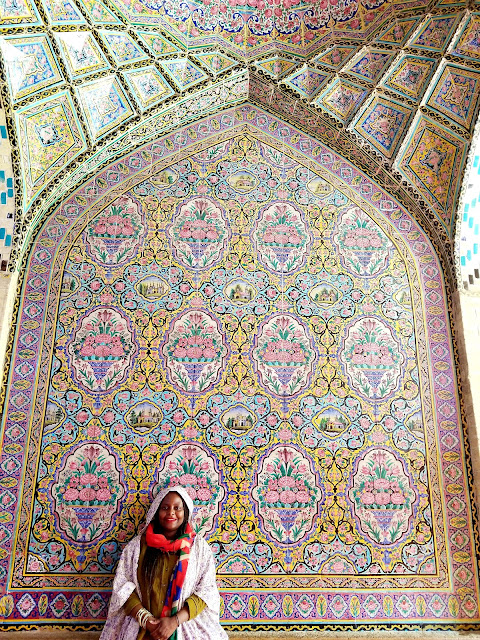 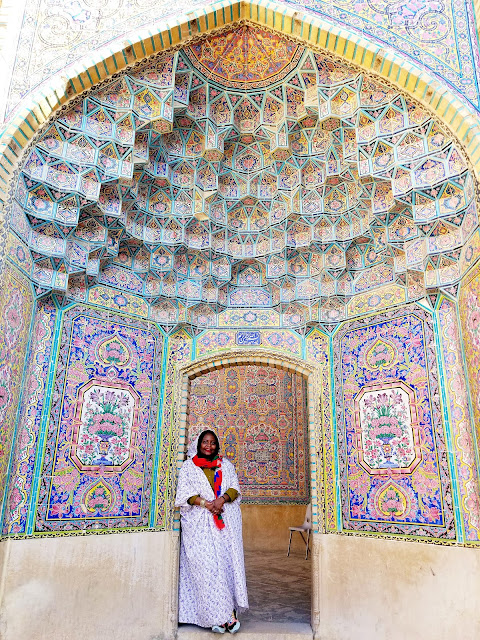 Tomb of Hafez - this is a memorial structure erected in memory of the great 14th century Persian poet, Hafez. His poems are among the most translated in the present day and his poetry is regarded as the pinnacle of Persian literature by Iranians. 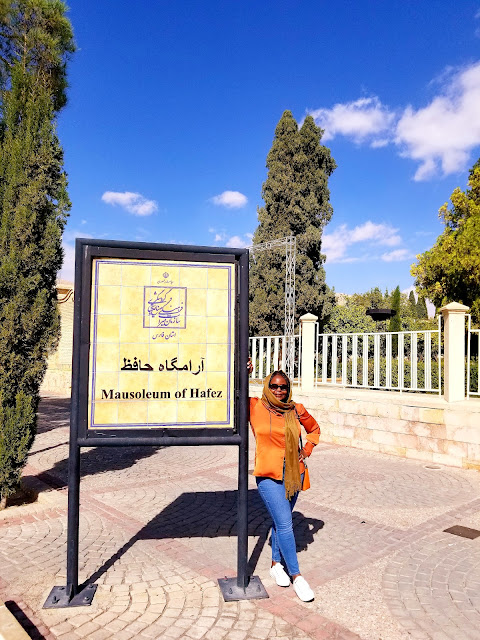 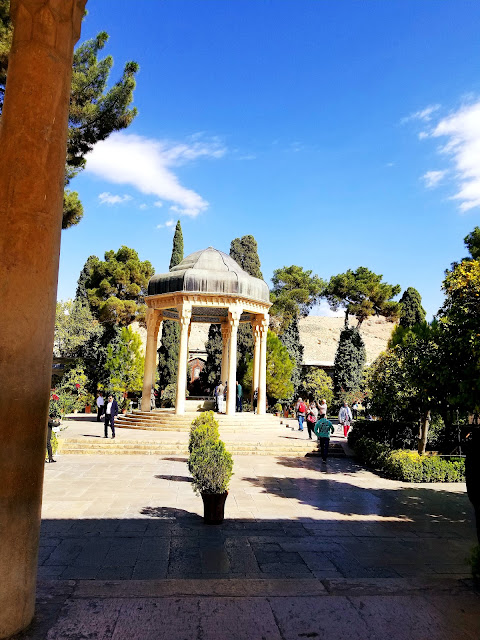 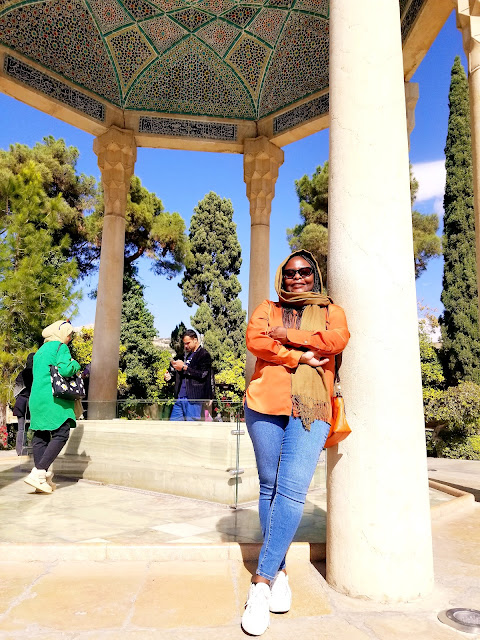 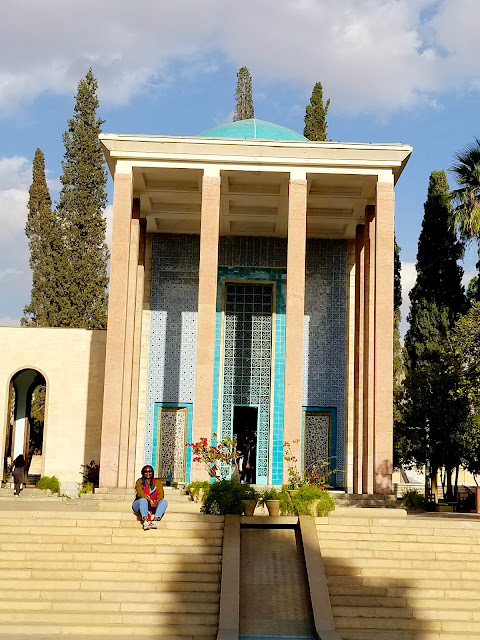 Eram Garden - a magnificent example of a Persian Garden that was used by local rulers and monacrhs before being gifted to the University of Shiraz in 1963, by the government. It is open to the public and worth checking out while in Shiraz, it is pretty huge and a good place to relax or walk around surrounded by nature. 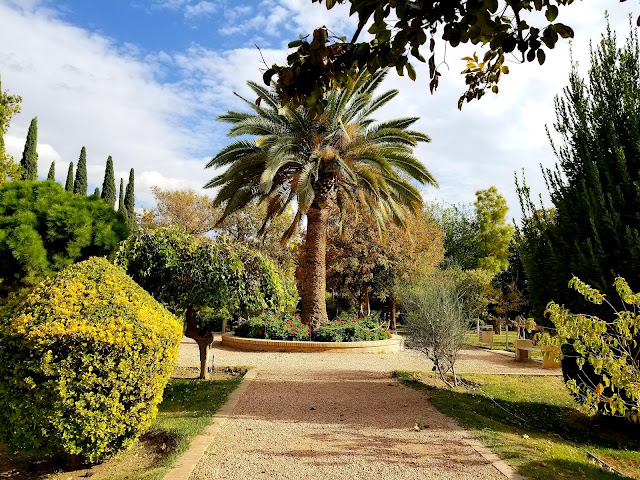 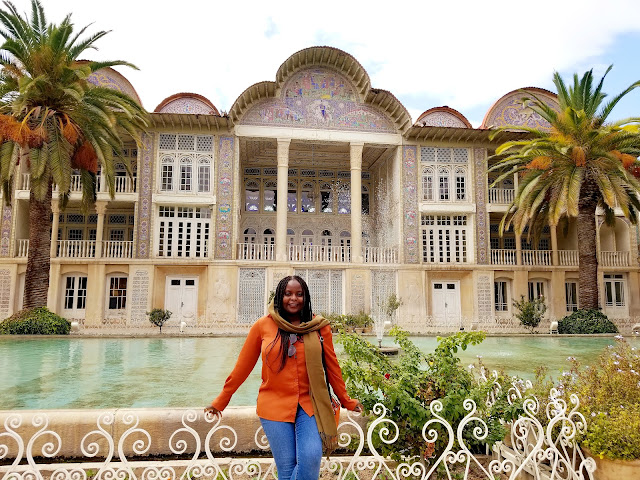 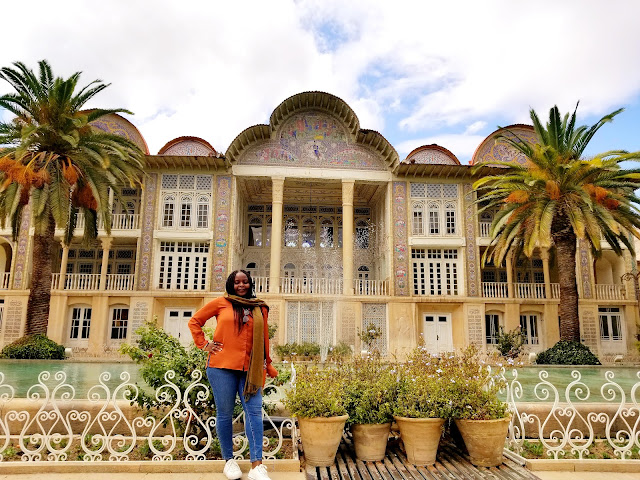 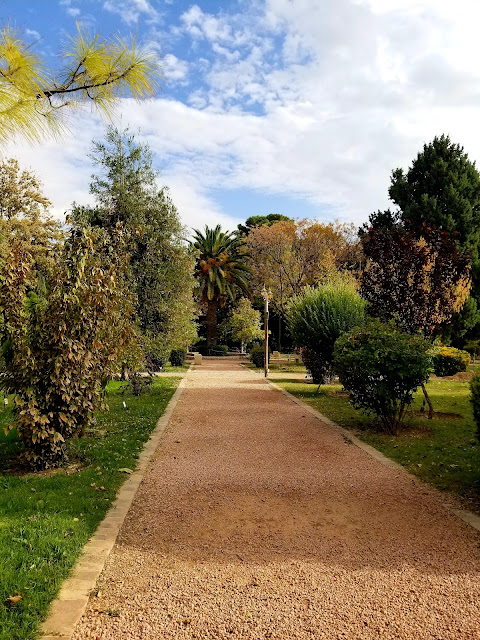 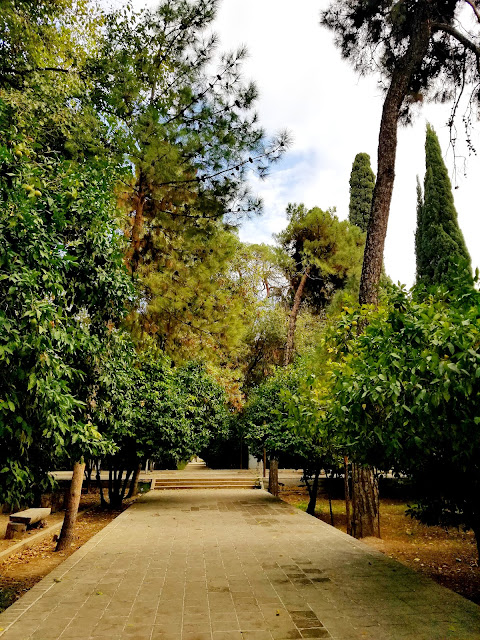 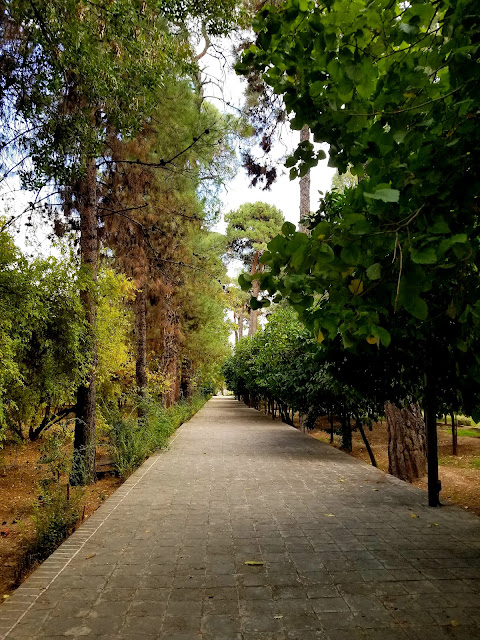 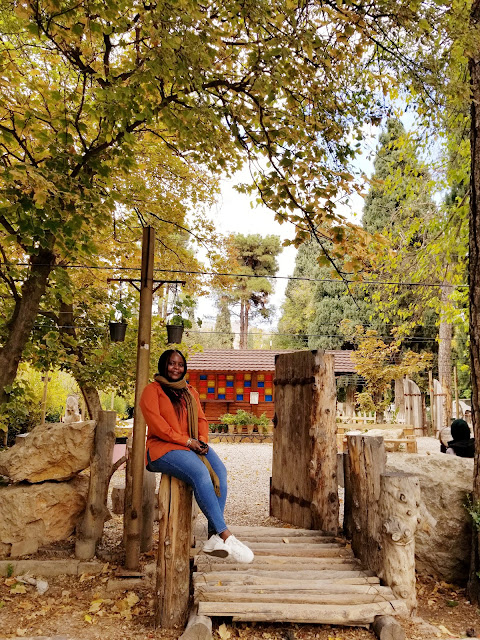 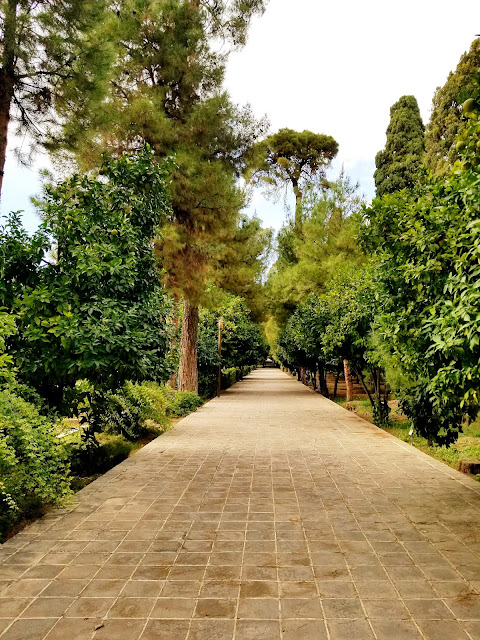 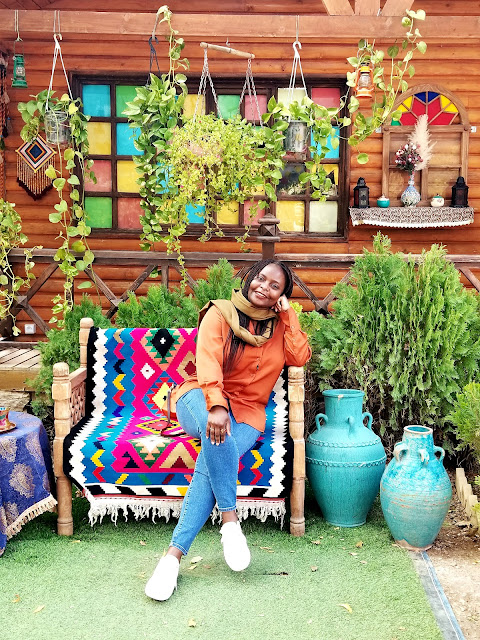 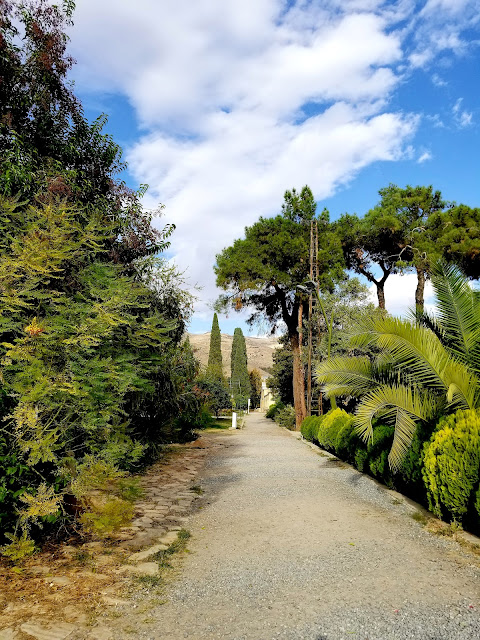 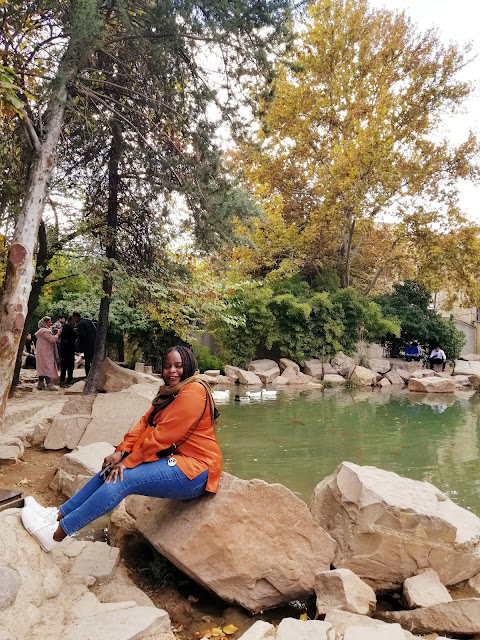 That's it folks! I really did have a good time in Shiraz and the highlights I covered above are just a few of the many that I got to experience. 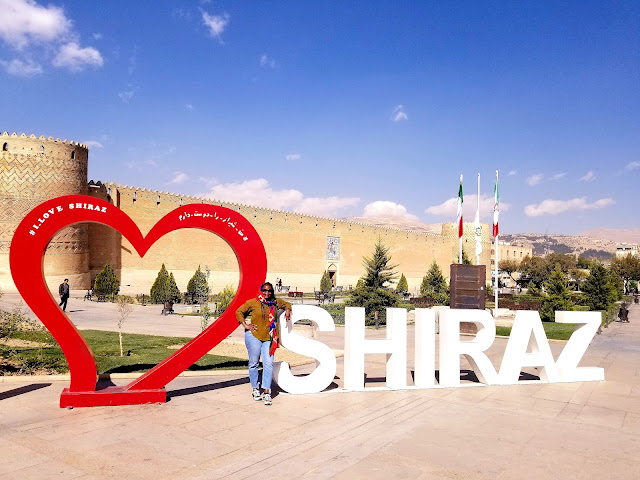