Alas! my last day in Lebanon, part of me feels like I have been here for a lot longer than I actually have, while the other part feels like days flew by way too fast! either way, I have had fun during this trip so no complaints at all aside from the fact that I have to go back to reality after a fun filled vacation. Anyway, let's focus on the fun part of the day for now. Karim my tour guide picked me up in the morning and as usual, we stopped by a cafe to get some local Lebanese dish. Everyday that I have taken a tour with him he has made it a point to get me some new local dish to try depending on the area that we visit, I have been loving it!
After a filling breakfast of Sfeeha Baalbakiyeh that you see below (the stuffed meat is lamb), we continued our trip to Baalbek. 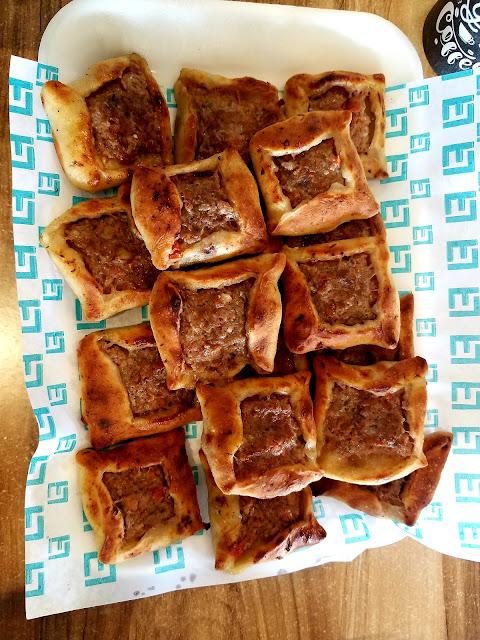 Our first stop in Baalbek was to check out a limestone quarry where a team of Lebanese and German archaeologists uncovered the largest stone block curved by man. The site actually went into decay and people used to dump garbage there but this one local guy made it a mission to have the site cleaned up and it's now become a tourist attraction. He actually used his own resources to have the site cleaned up and there are plenty of newspaper articles written about his efforts. he has these articles hang up at his souvenir shop which is right next to the quarry. By the way, the large stone block is nicknamed "The Stone of The Pregnant Woman" because apparently when women with infertility issues touch it and say a few prayers, they end up pregnant. 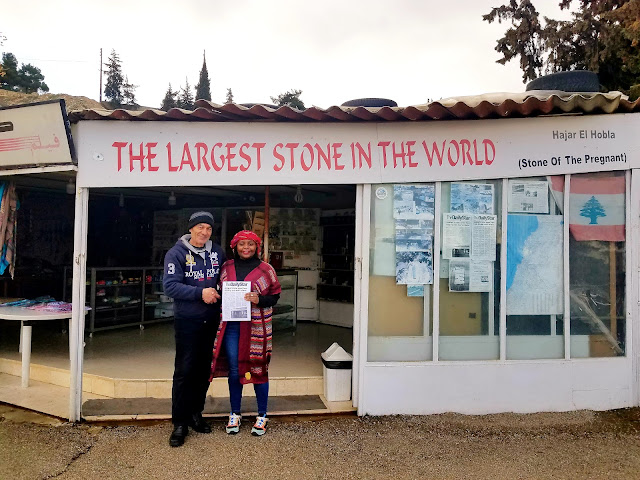 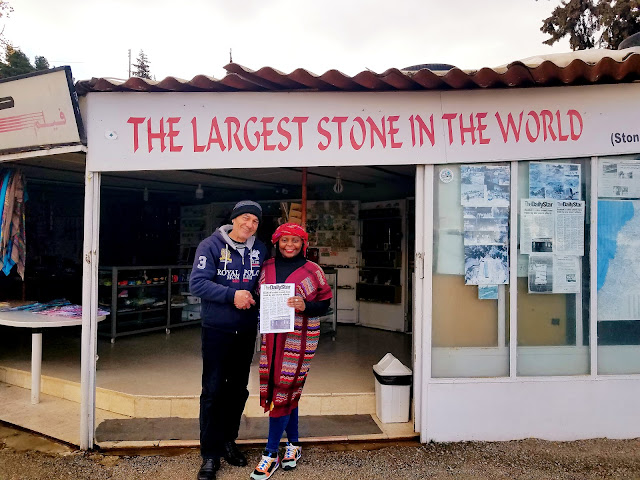 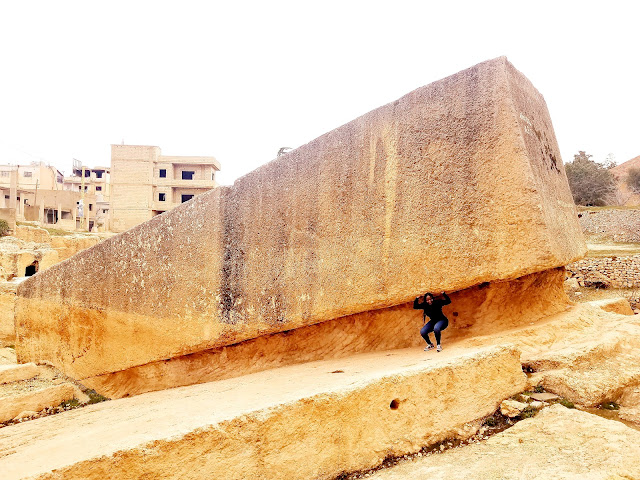 Next up were the famous ancient ruins of Baalbek. The site of the ruins is listed as a World Heritage Site by UNESCO and it was once an important place for pilgrims to worship the sky god Baal, a Phoenician god. The city Baalbek was founded by the Phoenicians then when it was conquered by Alexander the Great, it was renamed Heliopolis meaning City of the Sun. There is a long history associated with Baalbek and it's definitely worth a read.........just not in this blog because I wouldn't do it justice. It is such an impressive site and is actually considered as the best preserved ancient site in the Middle East. 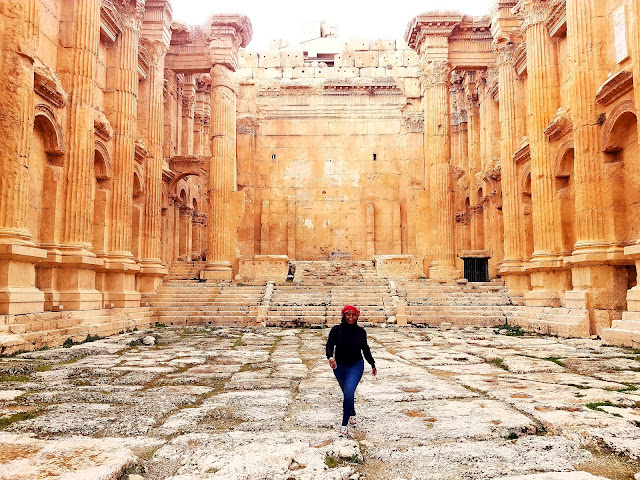 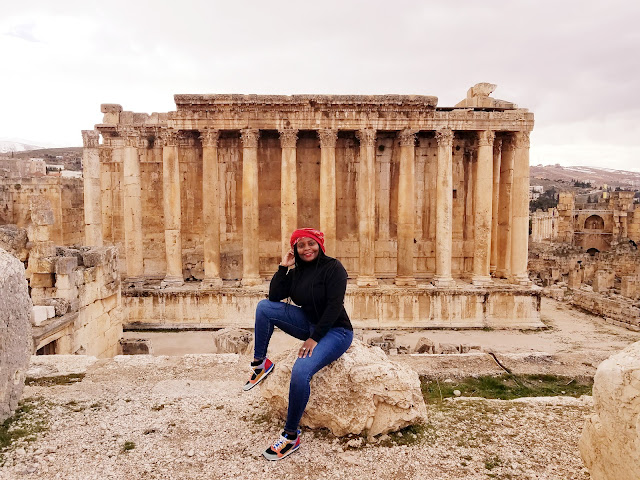 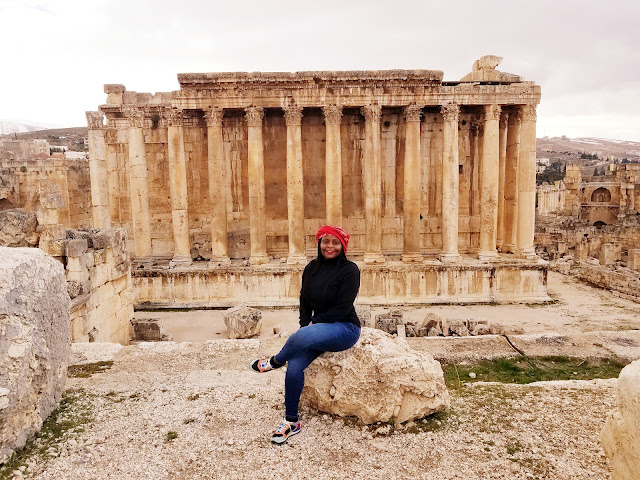 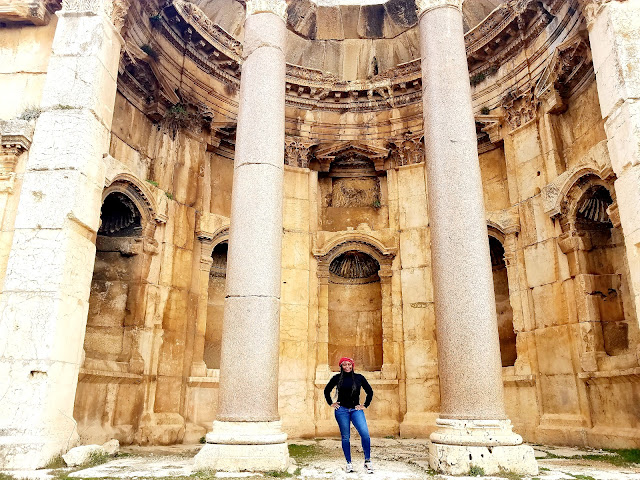 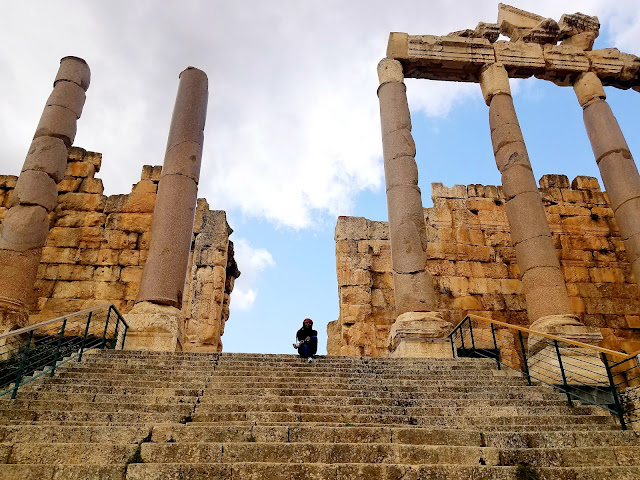 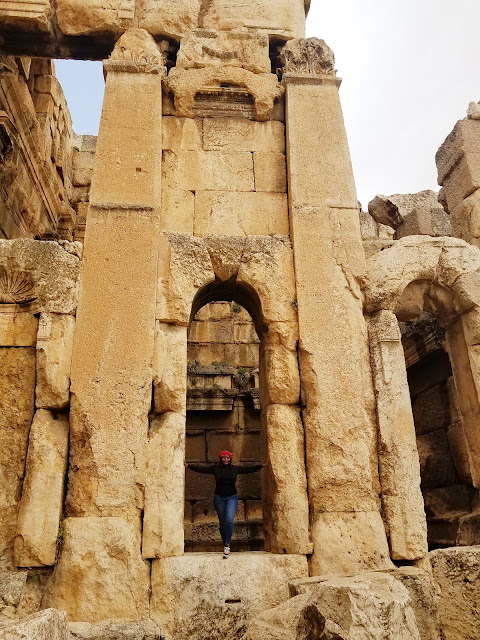 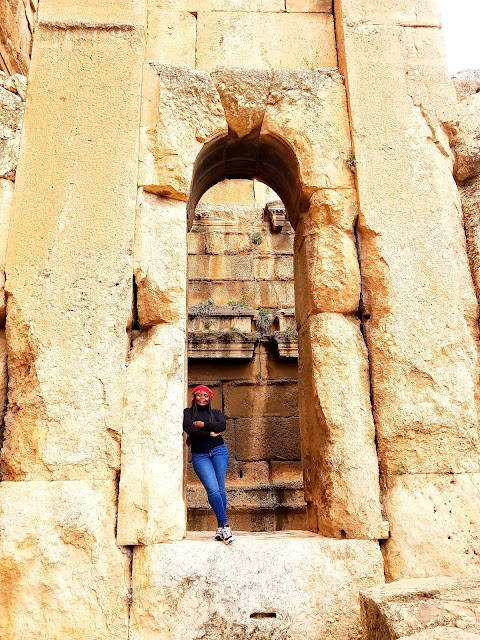 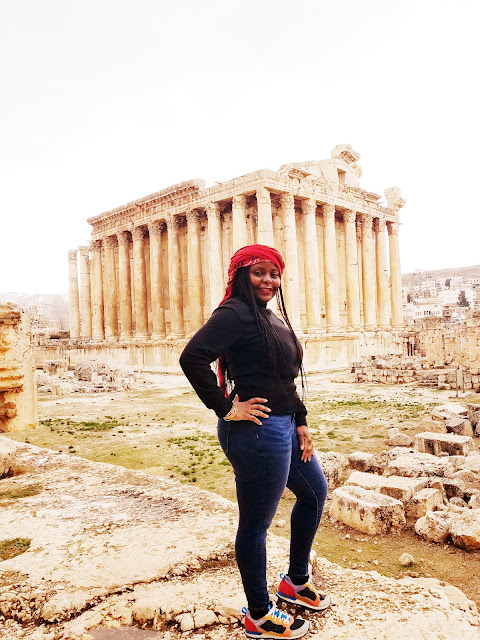 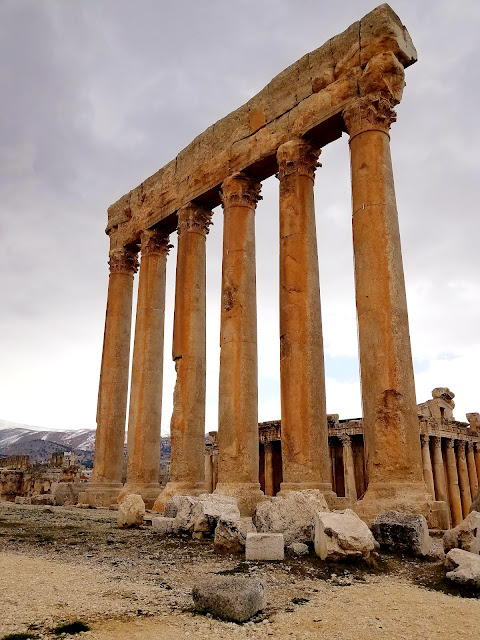 We spent some time at the site as Karim my tour guide went through the history of Baalbek, tourism has been really down in Lebanon so the site was practically empty and we took our time exploring without having to deal with large crowds. After we were done, we headed to check out the other ancient ruins of Anjar.
Anjar was founded by the Ummayads (the first muslim dynasty established in Damascus) and it was a commercial centre which was strategically situated between the north-south and east-west trade routes of the Arabian peninsula. The city ended up being abandoned after about 30 years and while the ruins are not as impressive as Baalbek's, I think it's still worth checking out. 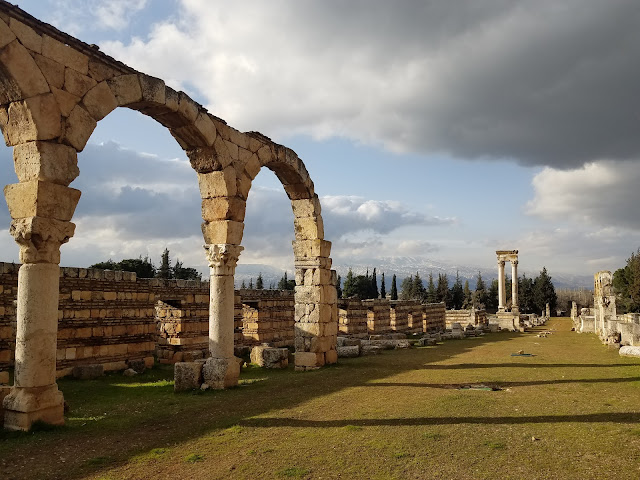 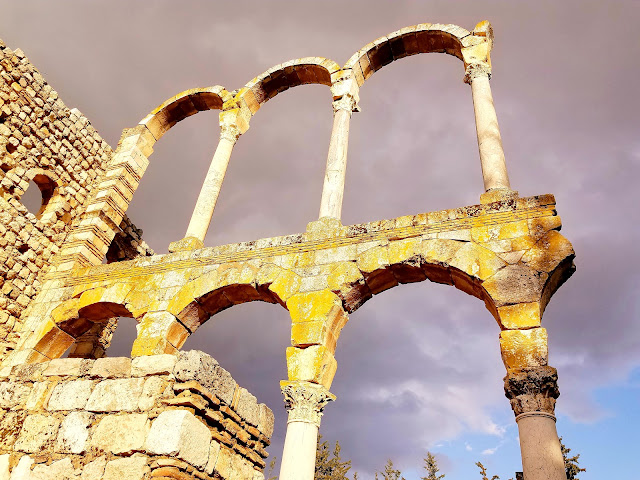 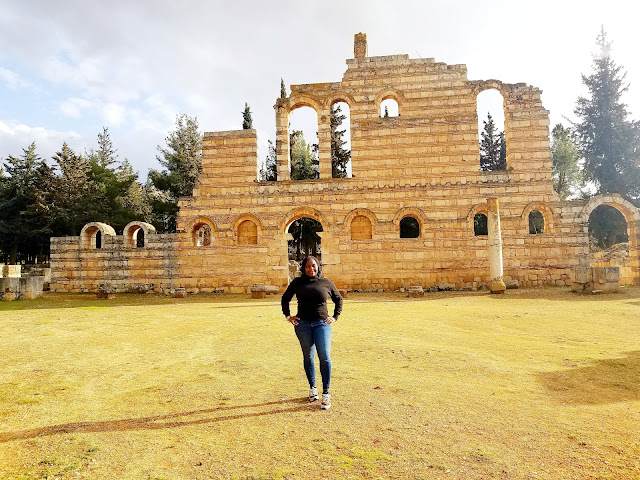 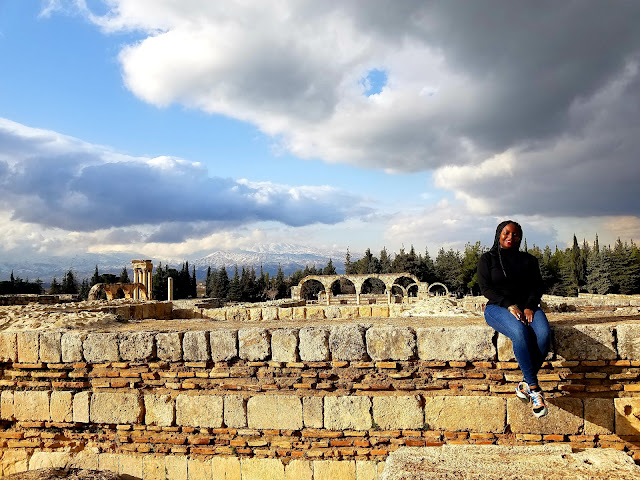 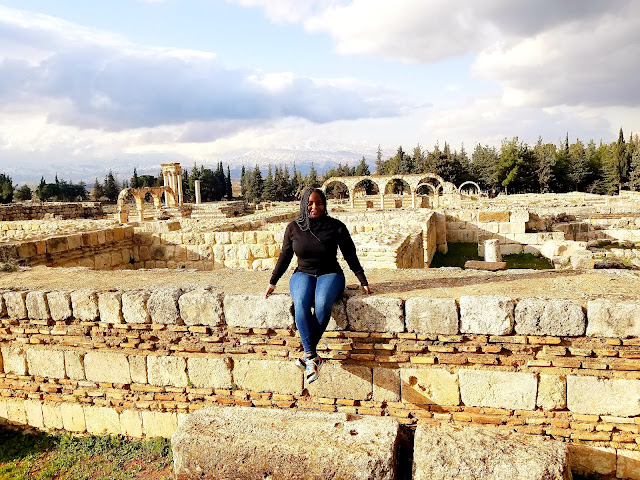 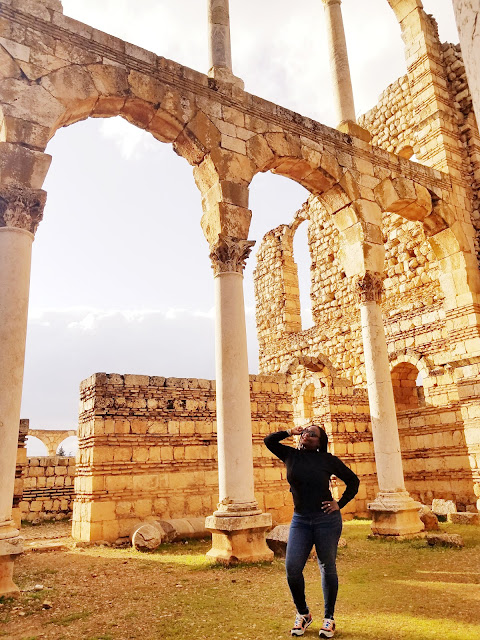 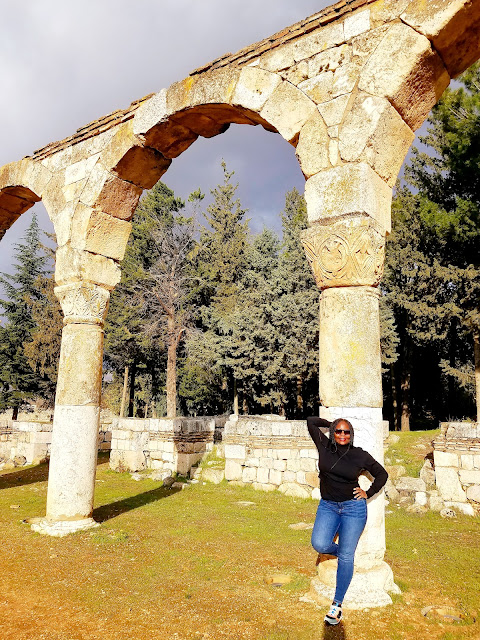 Lastly we stopped by a winery to try some Lebanese wine, I actually did not know that the country is among the oldest sites of wine production. I opted for a smaller family winery where the experience would be more personal, and I am so glad that I made the right choice because by the time I was leaving the place the owner and I were hugging, laughing, taking pictures and complimenting each other's good vibes. If anyone that reads this blog ever visits Lebanon please check out Chateau Rayak 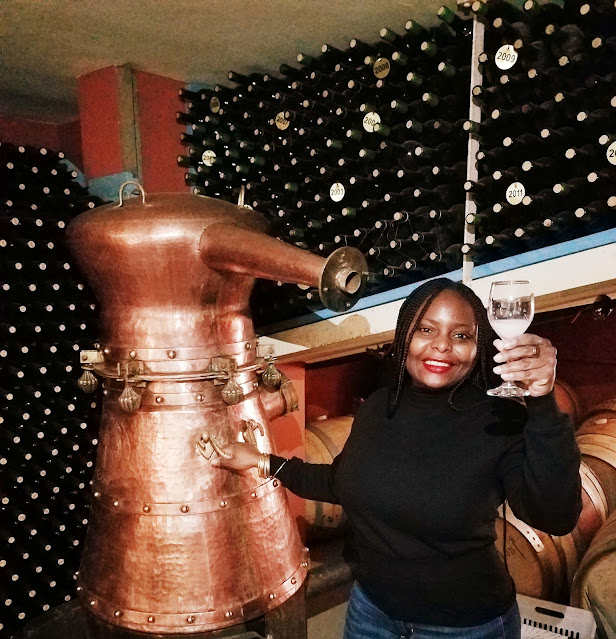 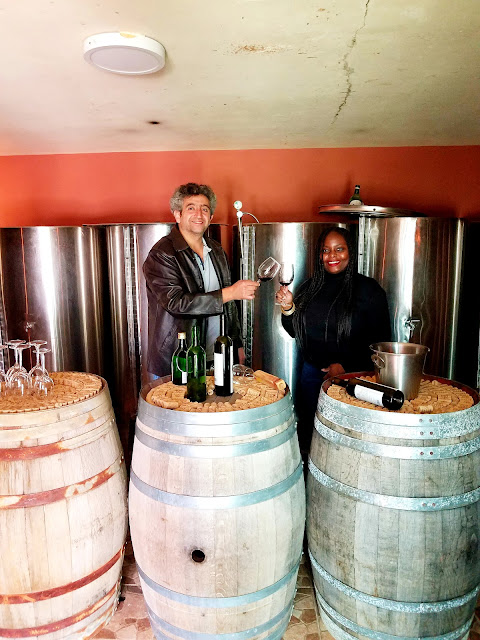 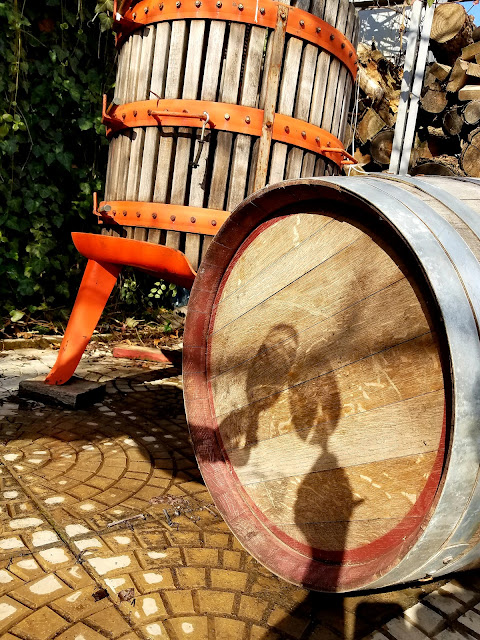 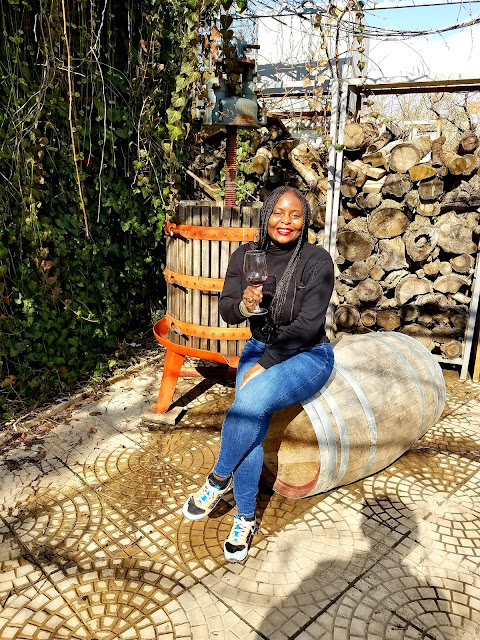 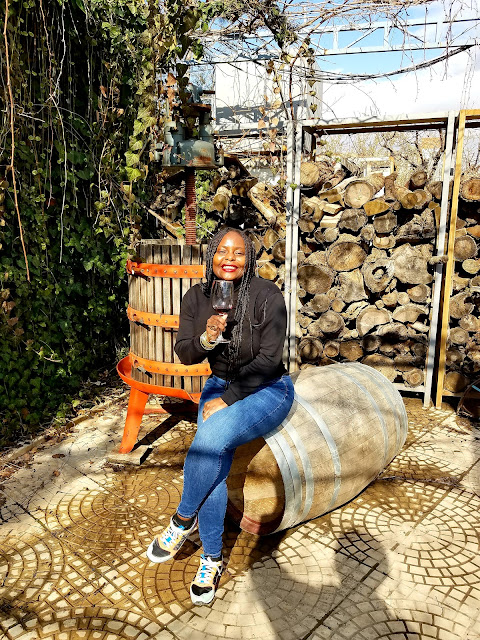 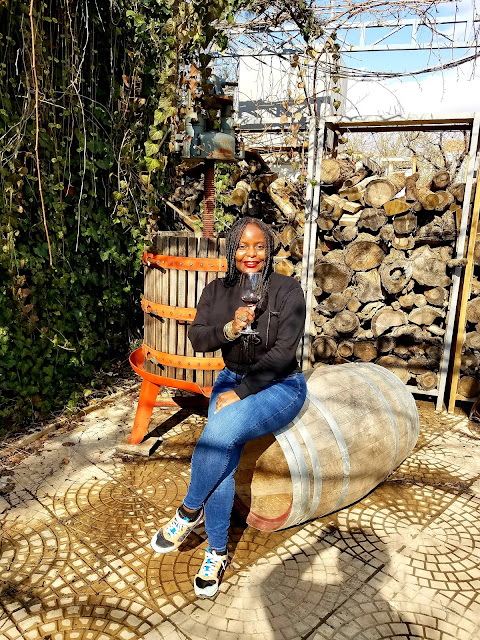 That's it folks! I have had such a good time here in Lebanon and I am going through a phase where I am so fascinated by the Middle East so expect more updates on my next trip within the region. Nothing has been booked or planned as of yet but I have several countries within the region on my radar so once that travel bug bites again, I will be booking the next flight to whichever country that I end up picking.
Random Thoughts of The Day:
Bread is a big staple of most meals here and I love it! it just compliments every meal. If by now you haven't realized, I LOVE the food here.
I was joking with my husband that I will get out of Lebanon with a second husband as I have managed to gather quite a number of admirers here. I find it very flattering and hey! it's good to be reminded that I still got it so I am not complaining plus the attention has all been respectful.
I have been listening to quite a bit of Arabic music and I think the language sounds so beautiful, Karim was telling me that second to Chinese, Arabic is the hardest language to learn.
I find that hanging out with locals always opens many more doors than say hanging out by yourself or within a group of tourists. That's why I always try to immerse myself in the local culture of where I am visiting and go out of my way to befriend locals, it's so enriching and you end up learning so much and appreciating the culture even more.
One thing I will not miss about Lebanon though are the blackouts, if you stay in a hotel then they have generators that ensure electricity is on 24/7 but since I am staying at an Airbnb, I am experiencing what the typical Lebanese goes through on a daily basis and it's not fun but I wouldn't trade my Airbnb stay for anything.
- March 18, 2022