Internet was down yesterday so I couldn't update the blog but here I am now. Yesterday I went to Saqqara with a guide from the guesthouse that I am staying at and got to see the oldest pyramid in Egypt.

Saqqara is the oldest archeological site in the country where nobles were laid to rest when Memphis which is close by, was the capital of ancient Egypt. One of the highlights of Saqqara is the step pyramid of Djoser which is the oldest pyramid that is essentially the prototype from which other pyramids like the famous Giza pyramids were built. This pyramid was built by Imhotep who is one of the first recognized architects in history and it stands at 60 meters (200 feet).

There is so much history to be found at Saqqara and I am glad that I went with a guide because it helped having someone explain the significance of certain areas. 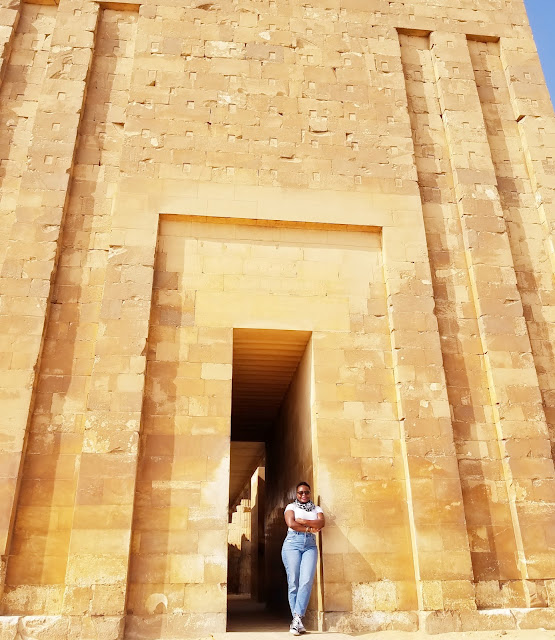 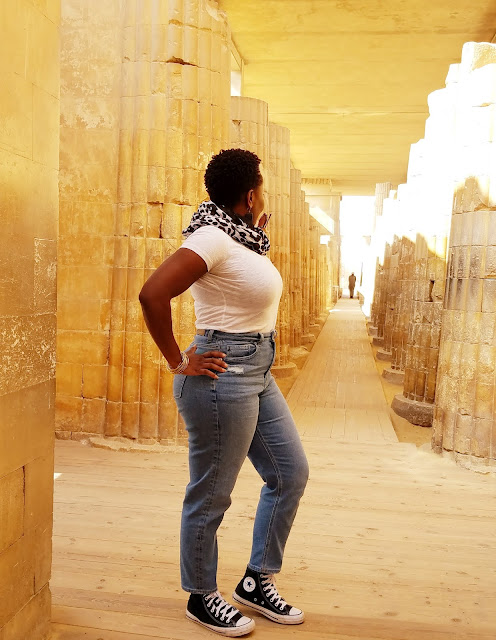 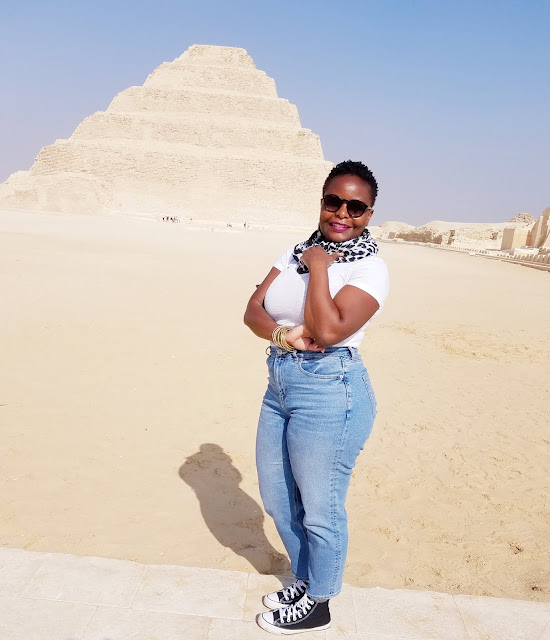 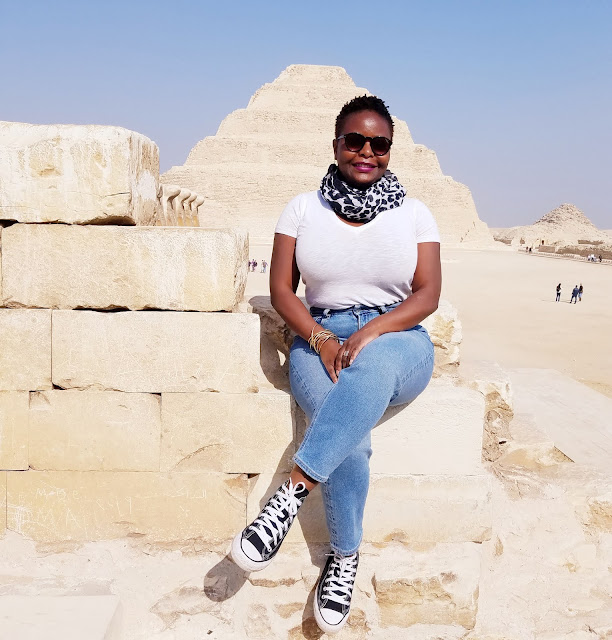 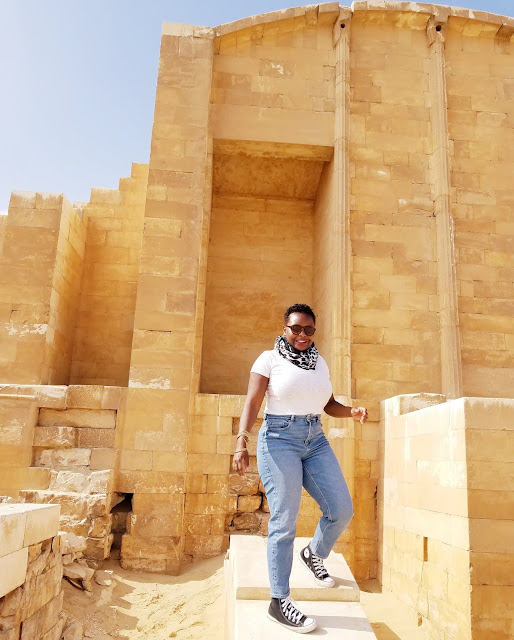 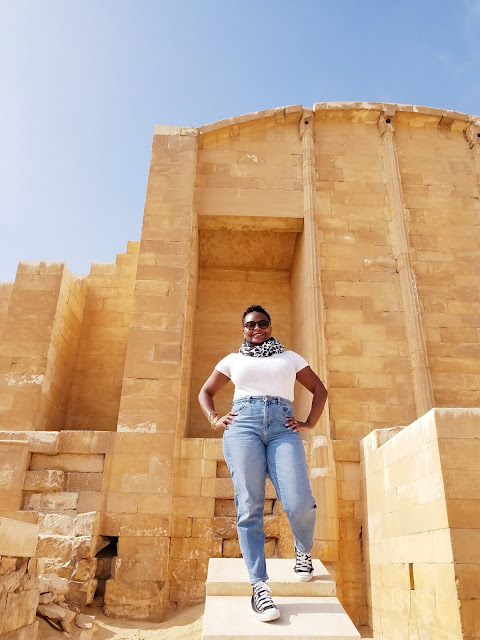 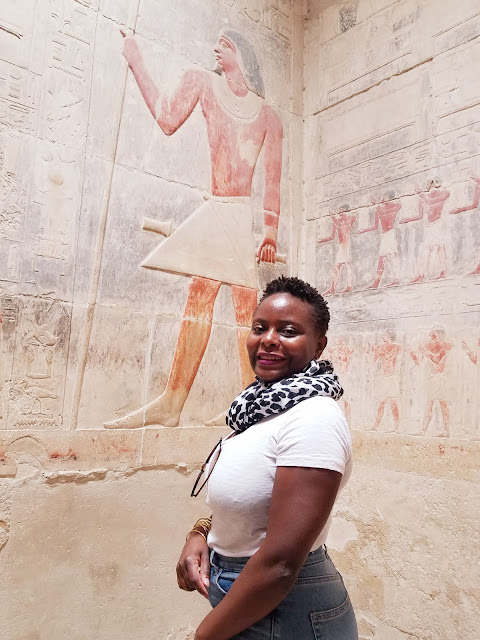 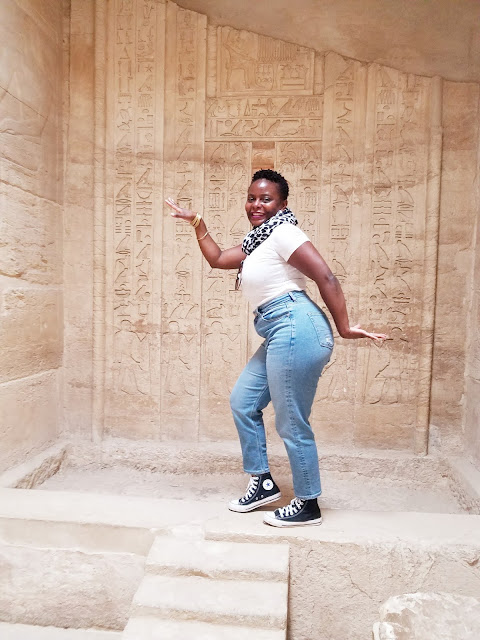 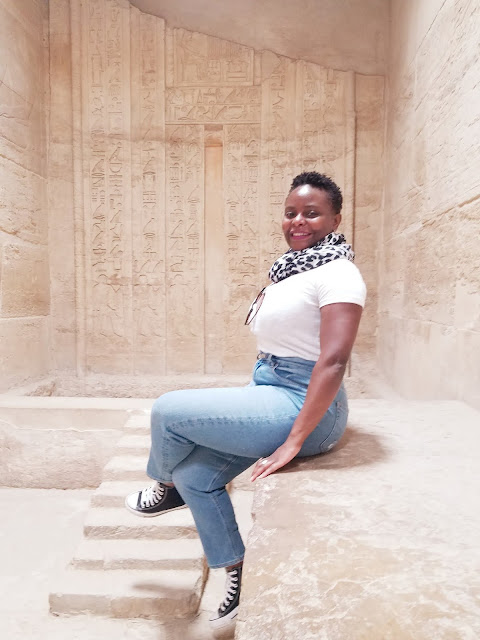 After exploring Saqqara we headed to Memphis to check out the open air museum that has the famous colossal laying statue of Ramses II who was one of the most powerful pharaohs that ruled Egypt during it's golden age. I can't even begin to imagine the work that went into making this statue, it's truly remarkable. 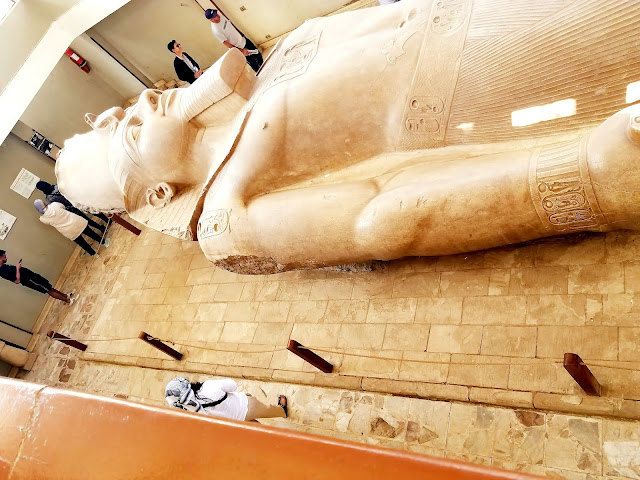 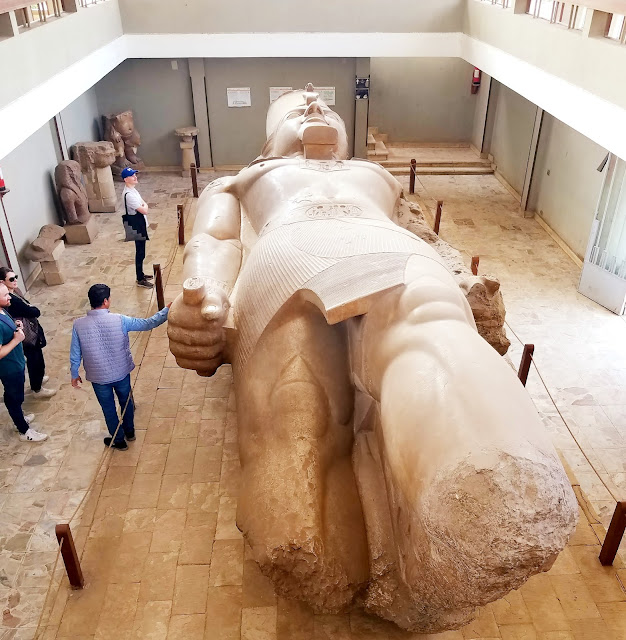 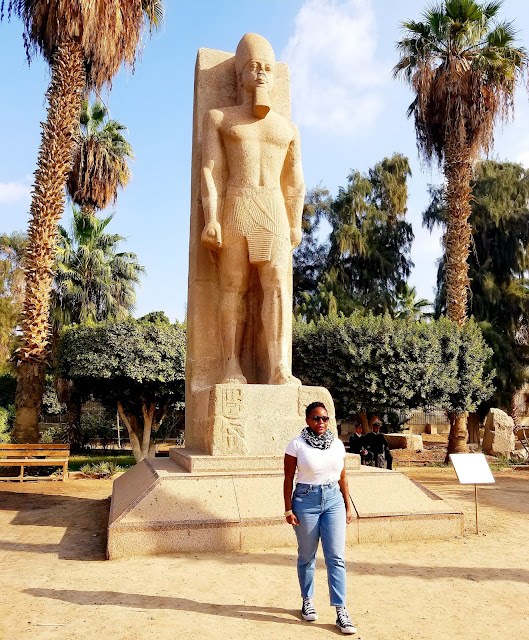 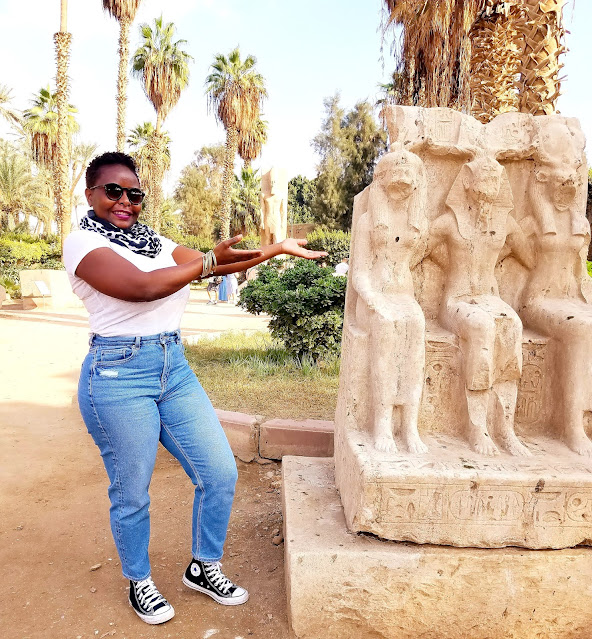 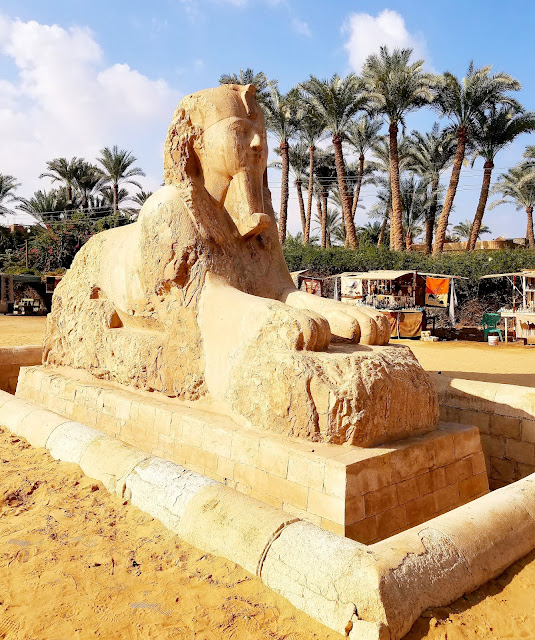 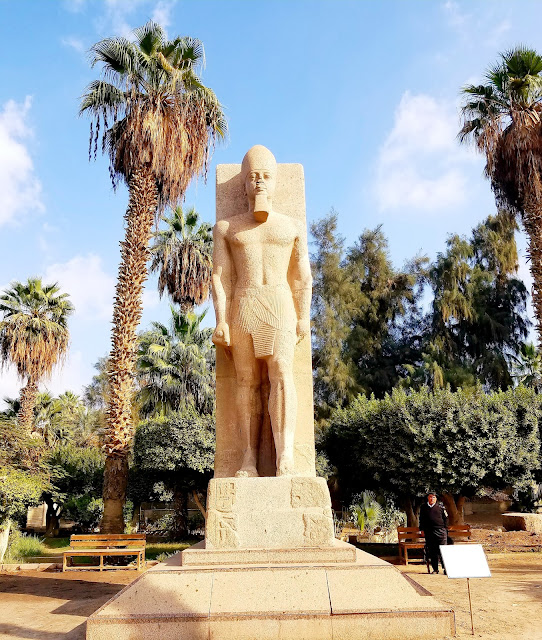 That's it folks! It was a day well spent and I am glad I got to learn a lot of Egyptian history. I am just summarizing everything as I could not possibly remember it all. Watch out for the next update as I have more adventures coming up.

Email ThisBlogThis!Share to TwitterShare to FacebookShare to Pinterest
Labels: Egypt