I am currently in Egypt for a week before heading back to Kenya. This was planned as a side trip since Cairo is only about 4 hrs away from Nairobi by plane, I decided to take advantage and visit as I had always wanted to check out Egypt.
I am staying at a guest house in Giza which is a city that neighbors Cairo, and the incredible thing about my accommodation is the proximity to the very famous Giza pyramids. We are neighbors basically and I get to enjoy the sites of the pyramids as soon as I step out of my room, onto the veranda.
There are 3 main pyramids in Giza but the biggest one is the Great Pyramid which was built during king Khufu's reign over a span of more than 20 years. It stands tall at 146 meters (479 feet) with a base of 230 meters (754 feet) research has shown that there was no slave labor involved. Paid Egyptian workers were actually employed to build the pyramids. It is believed that the pyramids were built to serve as tombs for the kings but no one knows for sure. What is certain though is the incredible workmanship that went into building them, it's incredible!
The other two main pyramids aside from the great one were built by King Khufu's son and grandson during their respective reigns. Smaller pyramids can also be found in the surrounding areas and these were built for the queens. 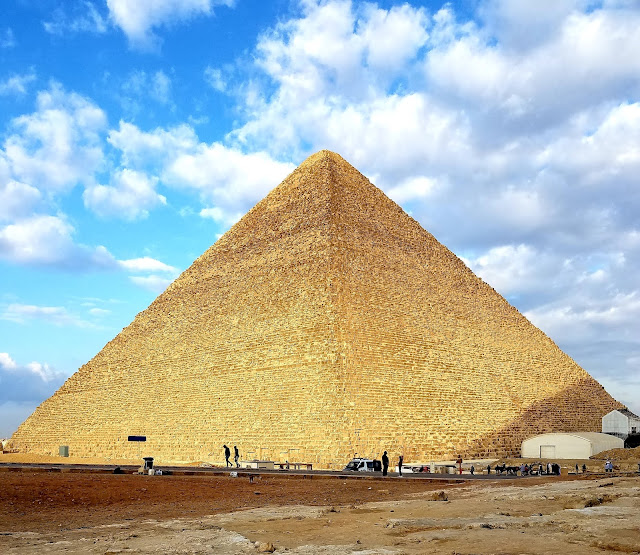 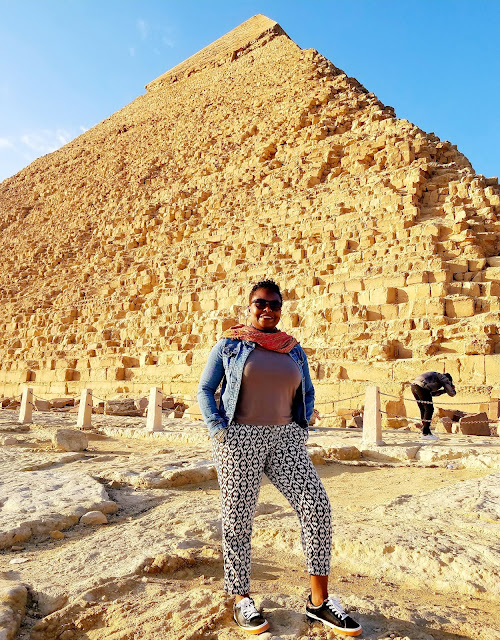 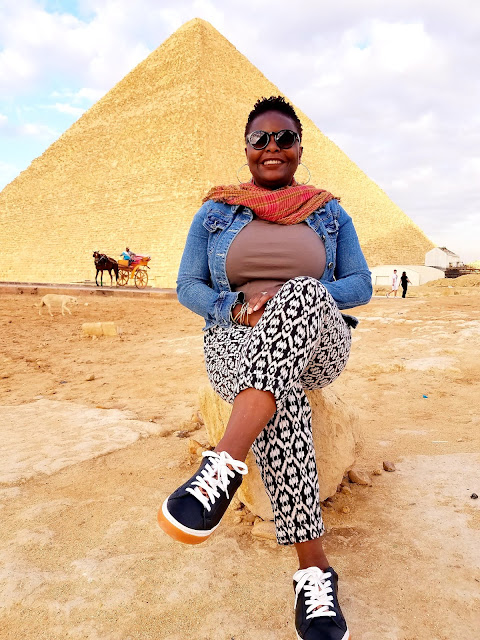 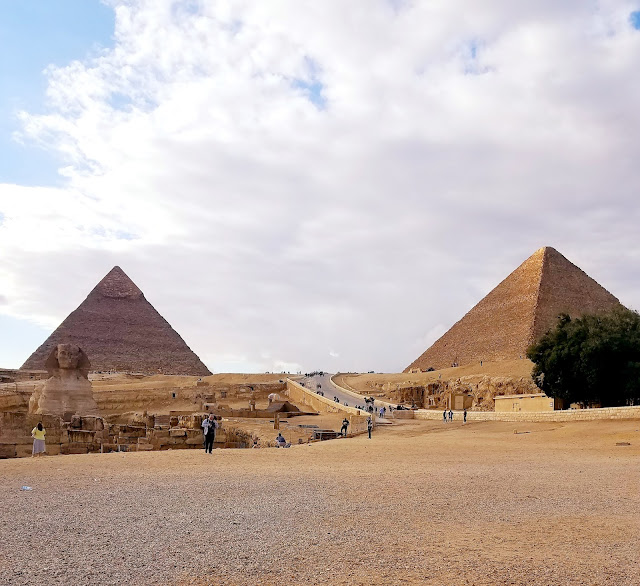 The Sphinx is also another remarkable site close to the pyramids. It has the body of a lion with a human head and it stands 20 meters (66 feet) tall with a length of 73 meters (240 feet). Imagine all that curved from a single mass of limestone, incredible! Right? 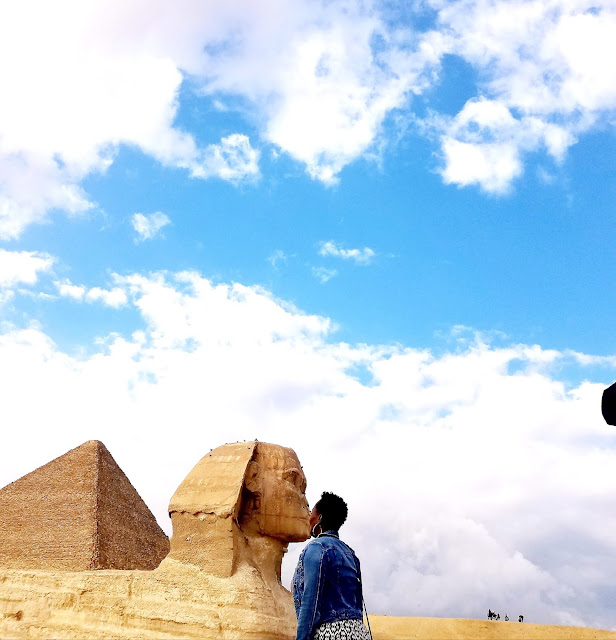 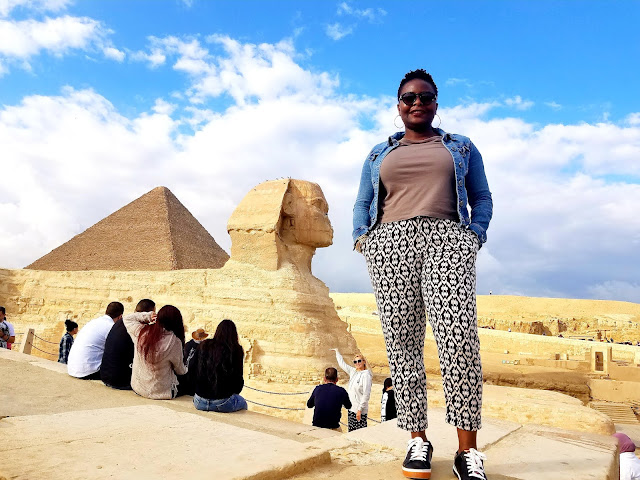 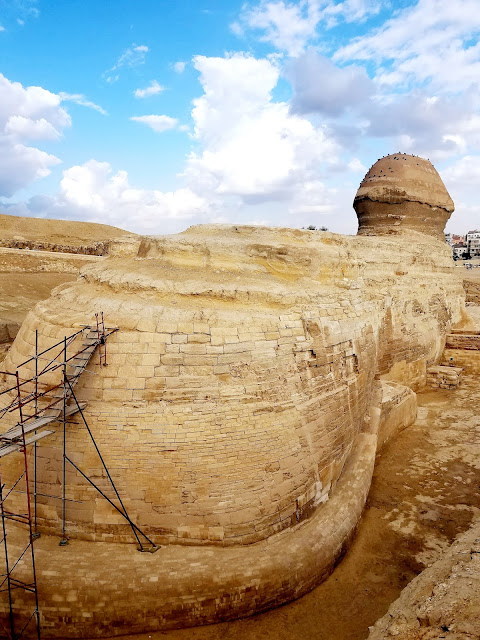 Take a look at the wall below and tell me that's not perfection. See how precise the cut of each block is? Air pressure was used to fuse them together and they have stood the test of time. I was just wowed by it all! 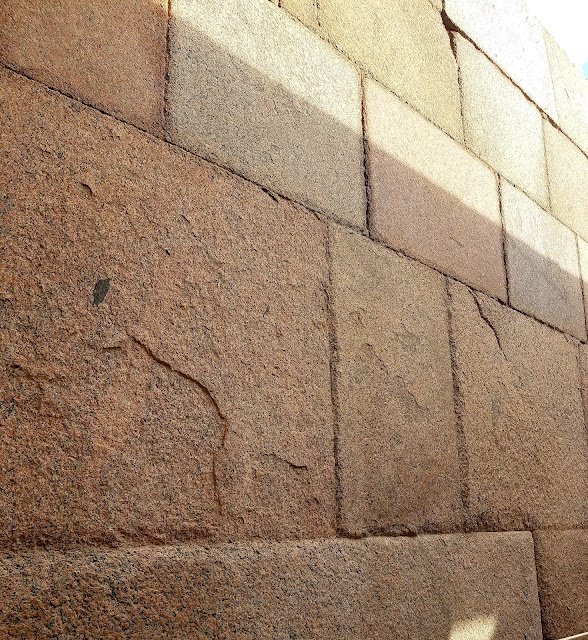 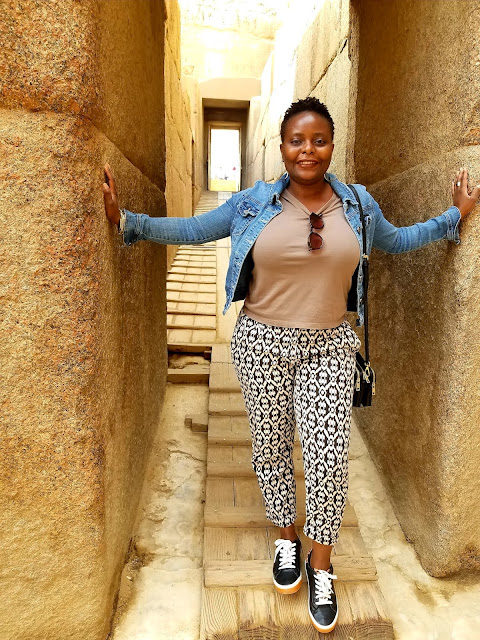 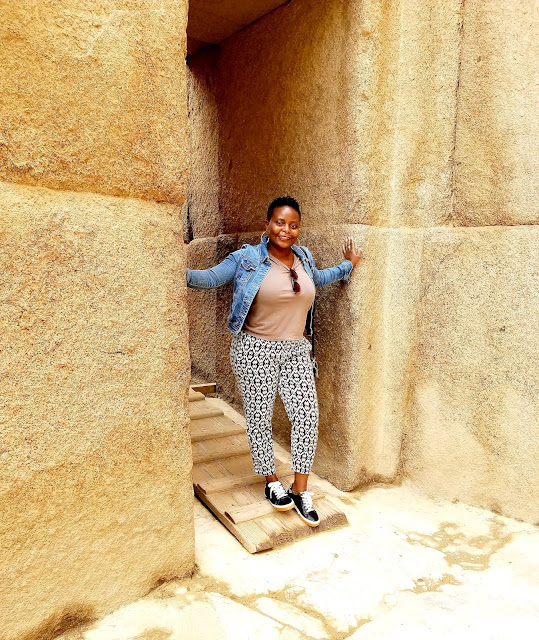 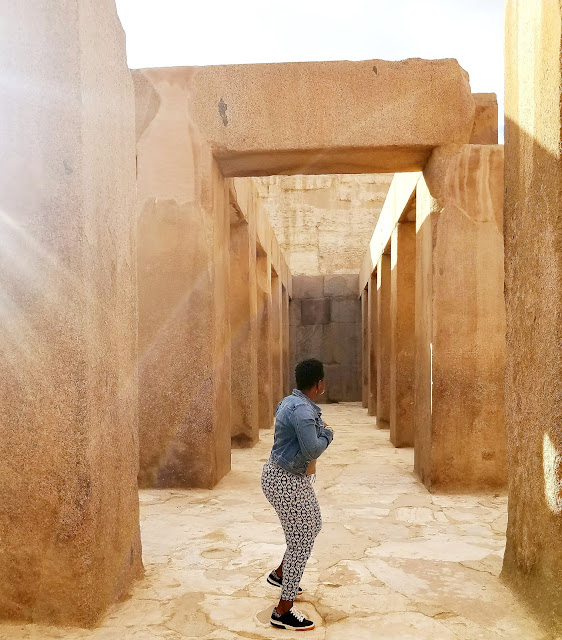 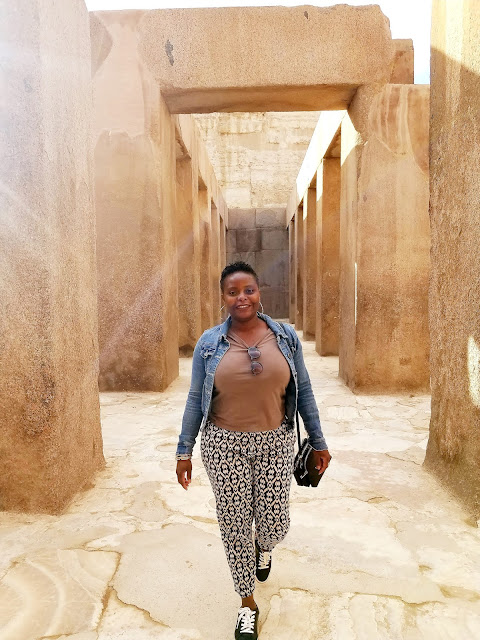 That's it! Folks, first day in Egypt I hit the ground running as I am trying to maximize my stay here, more adventures await so do watch out for another update.
- November 21, 2021

Email ThisBlogThis!Share to TwitterShare to FacebookShare to Pinterest
Labels: Egypt