Getting to know Slovenia

I can not begin to tell you how awesome it's been hanging out with my friend Tanja as she gladly shows me parts of her country. Nothing beats hanging out with a local as your guide plus her family is the sweetest and they have welcomed me so warmly.

The second full day of my stay, Tanja drove me to see the famous Postojna cave. The drive is about an hour from Ljubjana and since it's a Sunday, there was no traffic at all. This cave was discovered in 1818 and to date it has had 40 million visitors. I actually read that it's the most famous and best preserved cave in Europe.

The lowest point of the cave is almost 400 feet below the ground and the site is amazing. I don't think pictures really do it justice and I never thought visiting a cave would be this much fun and educational.

Temperature in the cave is always about 10 degrees celcius (50 degrees farenheit) so a warm coat is highly recommended because it is cold especially when taking the underground train that transports you deep inside the cave. 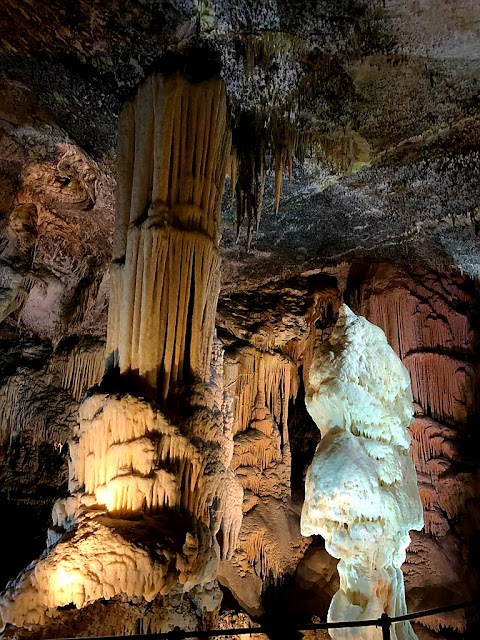 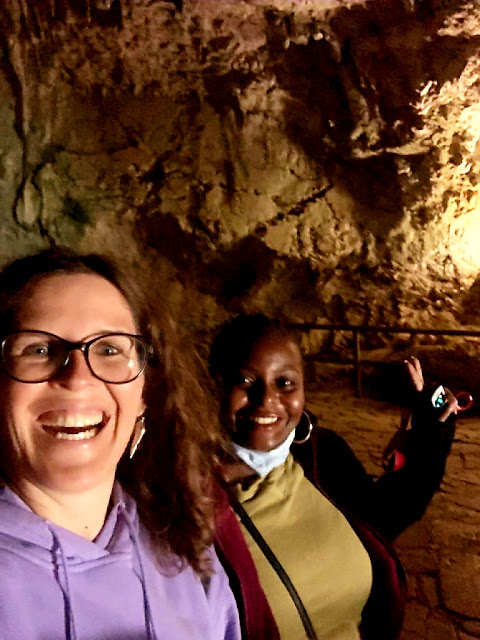 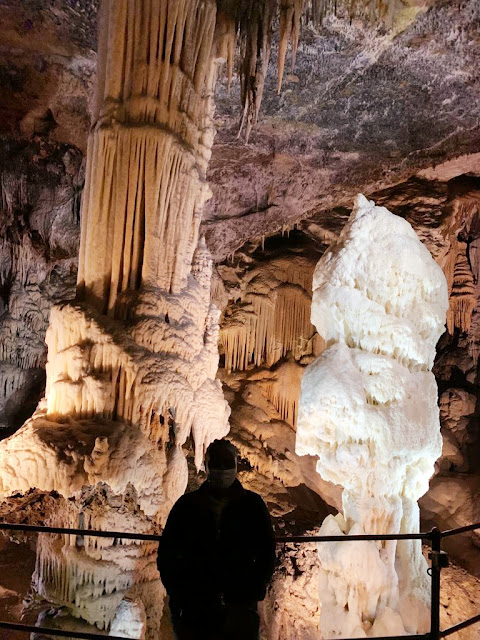 Predjama castle dates back hundreds of years and luxury or comfort were not important factors while building it. From the audio I was listening to talking about the cave, the main importance of the cave was the security it provided. Access to it wasn't easy and the cave behind it provided secret exit from the castle that any enemy in front of it couldn't see. Amazing, isn't it? 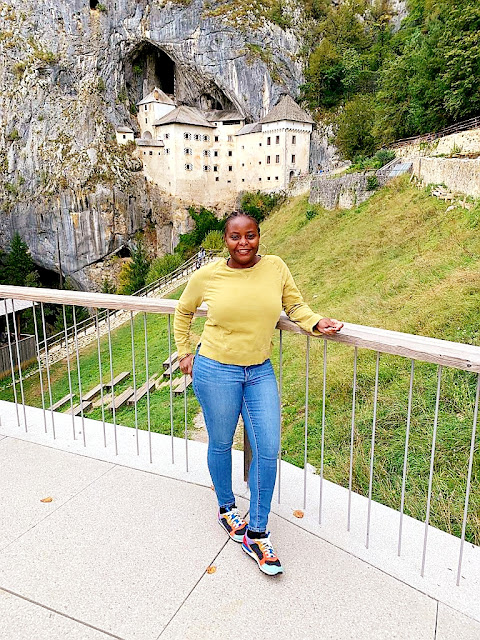 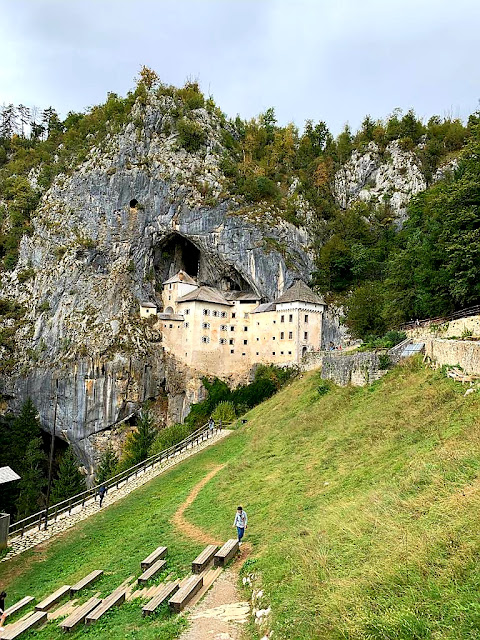 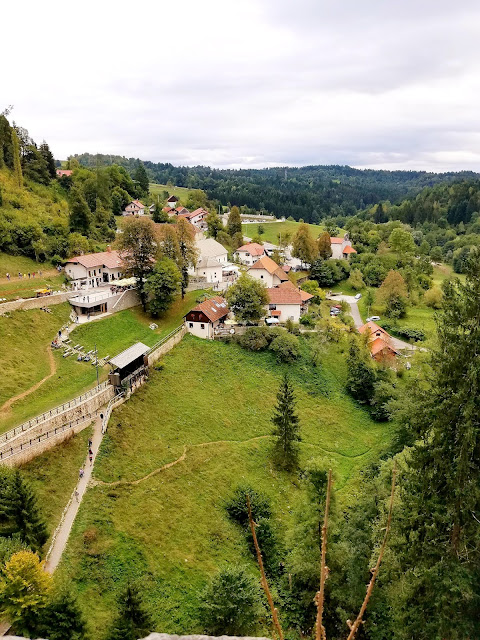 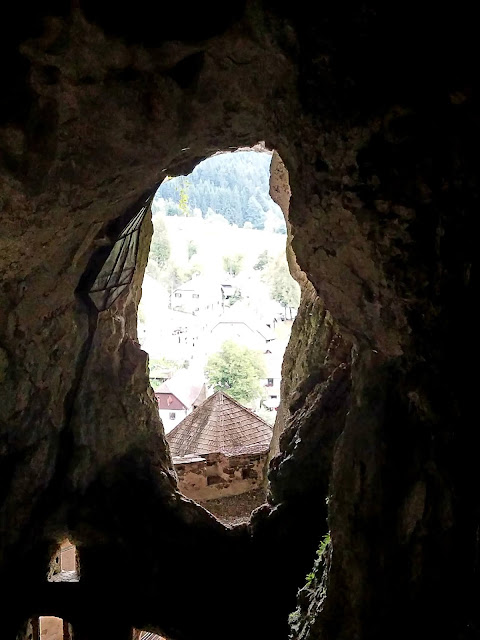 After getting our fill of the cave, we headed to our final destination of the day, Piran.

Piran is a coastal city in southwest Slovenia located in the adriatic coast. The city is small with a population of less than 5,000 people and is well known for salt production, spas and of course it's appeal to tourists.

Tanja's family has an apartment right by the main square (Tartini) so that's where we were going to spend the night. As soon as we got to the apartment, we refreshed ourselves then went exploring the city.

We strolled along narrow cobbled streets, stopped by cute cafes and restaurants to grab a bite and climbed one of the highest towers to get a good aerial view of the city. We even got lucky and saw dolphins in the ocean, I am talking many dolphins not a couple. It was so cool! Aaargh! I fell in love with this city and I could so see myself spending a whole summer here. 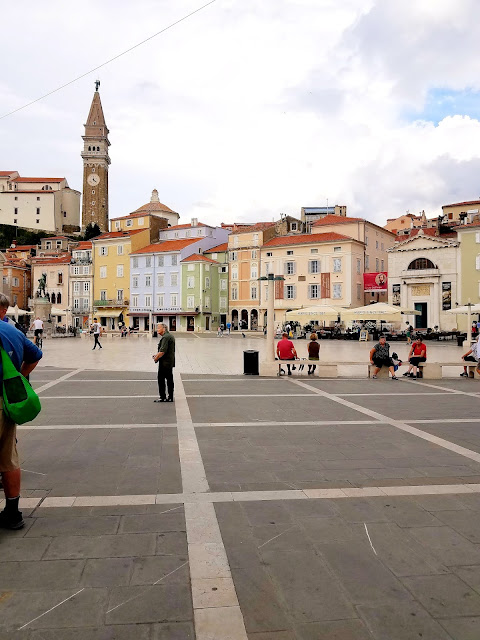 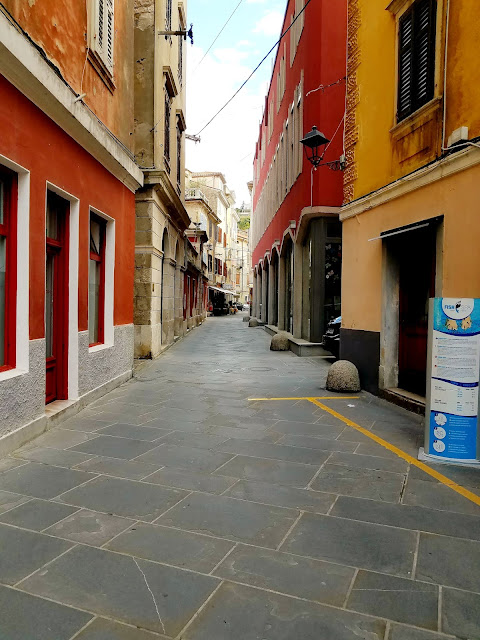 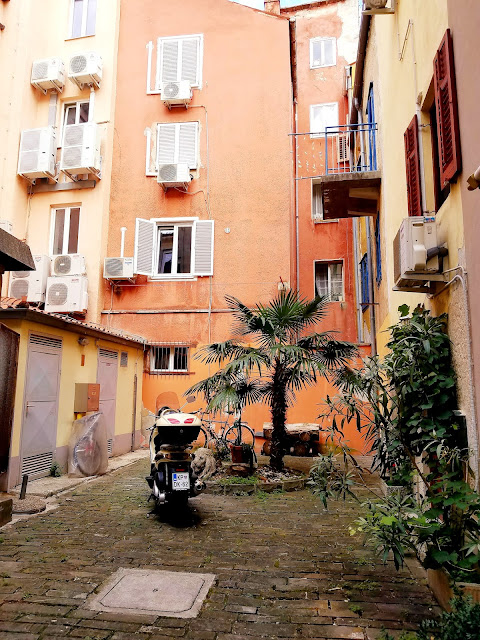 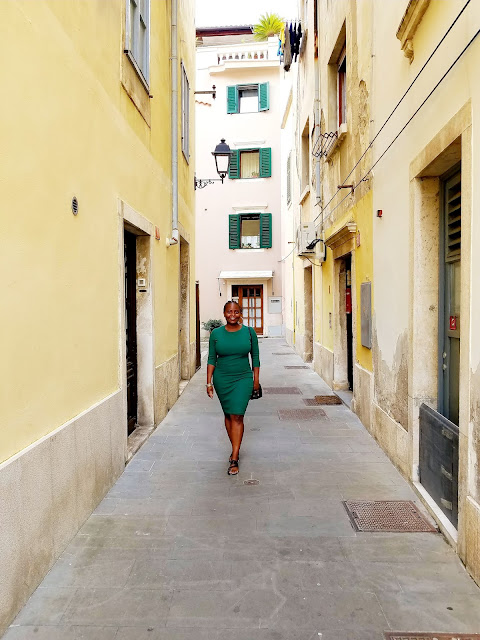 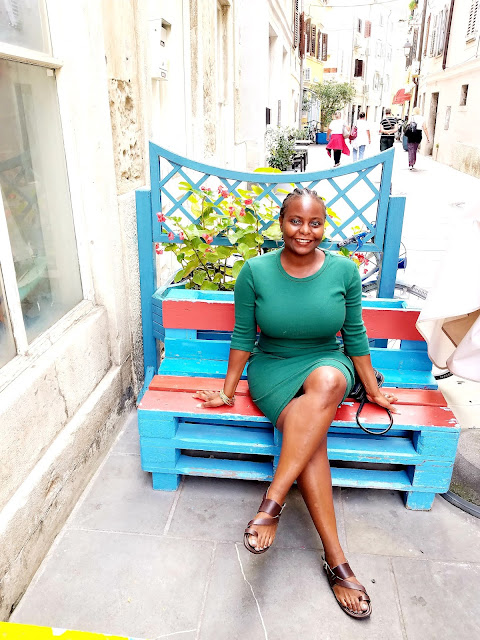 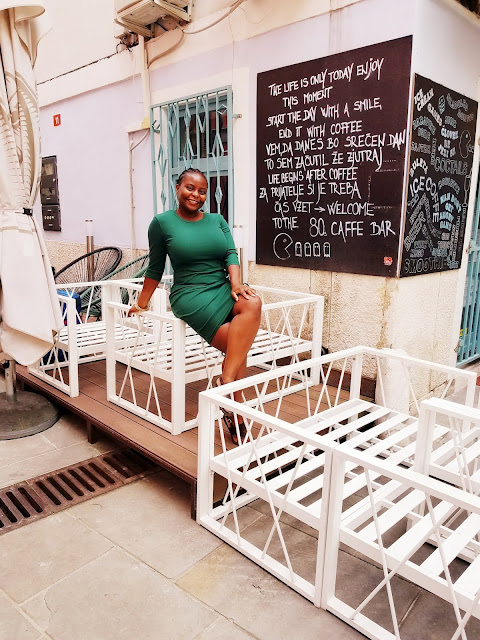 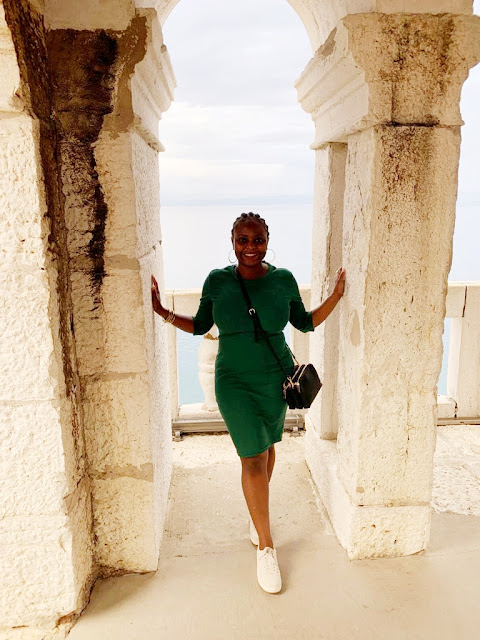 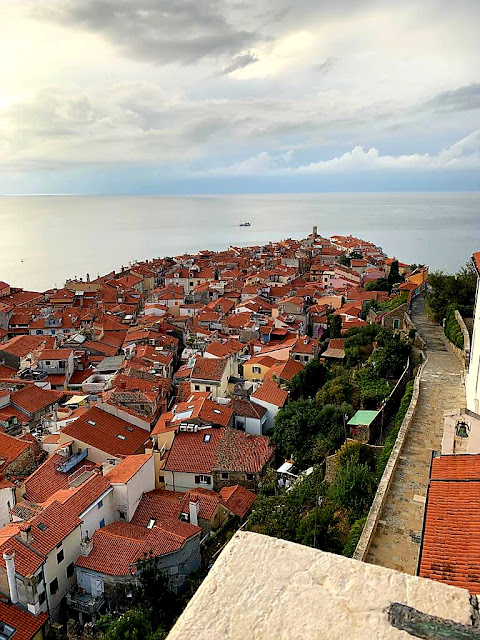 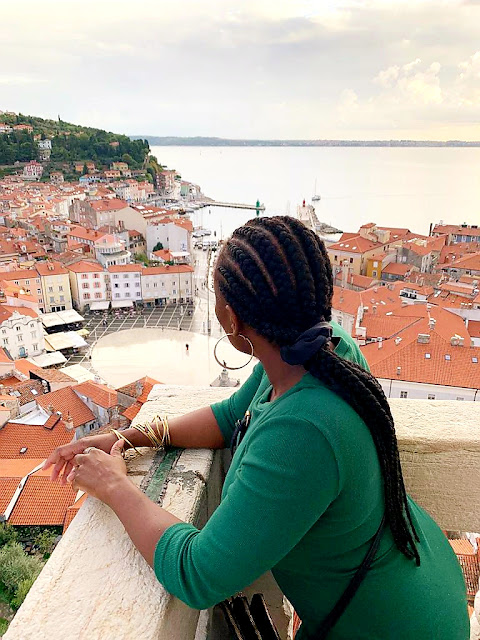 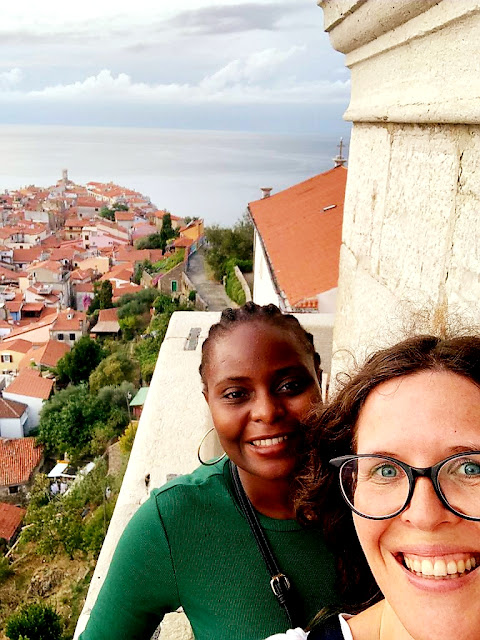 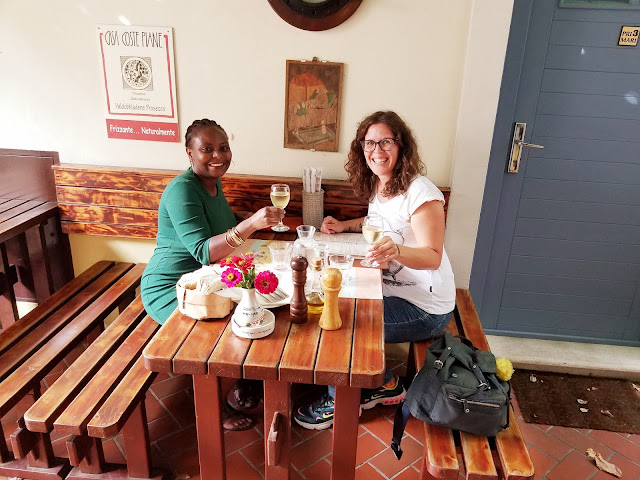 That's it folks! It was such a wonderful day and we covered a lot! I just gave you a brief summary. Tomorrow is another full day of exploration as we head to Slovenia's wine region. Do check back for updates.

I forgot my laptop at Tanja's place so i wrote this post using my cellphone. Now if that isn't dedication, I don't know what is.

As I am writing this, it's 4 am and I have been up since 2 am. My internal clock is still adjusting to the different time zone.

I have to say it's so nice not having to plan anything. With this vacation I honestly left it all to Tanja and I am going with the flow. She is the best.

So far people here have been friendly and helpful, English is widely spoken so definitely no language barrier here.

It's been years since I was last in Europe and I have to say, being in Slovenia brought a lot of memories and desire to see more countries in Europe that I haven't visited yet.

My greatest passion truly is traveling and the people I have met along the way have been amazing. I mean, look at Tanja and I, we met in Brazil where we had a wonderful time and here we are re-united after 9 years and having the greatest time in Slovenia. Isn't that something?!

Email ThisBlogThis!Share to TwitterShare to FacebookShare to Pinterest
Labels: Slovenia