Le sigh! all good things must come to an end and today is our last day in DC before heading back to reality tomorrow. We decided to check out Eastern Market which is a public market located in the heart of the historic Capitol Hill neighborhood, our airbnb host had informed us that during the weekend they have an outdoor flea market which is pretty cool to check out so today being a Saturday, we quickly made our way there.

The flea market turned out to be pretty cool and there were lots of vendors selling everything from jewelry, clothes, art work.......you name it! it was definitely a perfect setting to start a Saturday. We walked around, got some brunch at this one restaurant that had horrible service and was over priced, before discovering food stalls tucked in one corner of the flea market serving dishes from different countries at very reasonable prices, I wanted to scream! (Well, I did scream in my head. I was like what the F**K?! ARE YOU FREAKING KIDDING ME?!" plus a lot of other expletives). To all those people who have told me I always look so calm in stressful situations, trust me........there is usually a riot going on in my mind, I just don't show it. Besides that restaurant fiasco, we had a pretty good time and even bought some stuff to take home with us. I would definitely recommend a visit to the Eastern Market on a weekend to check out the flea market that's held outdoors. 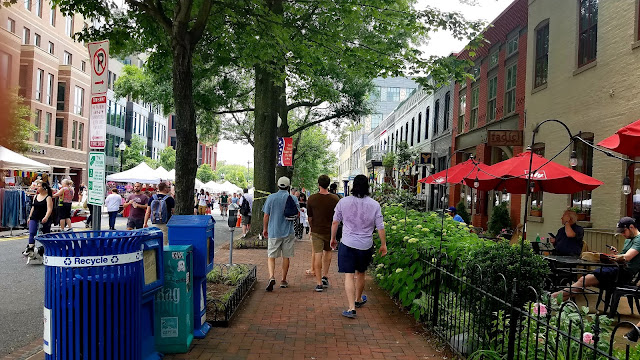 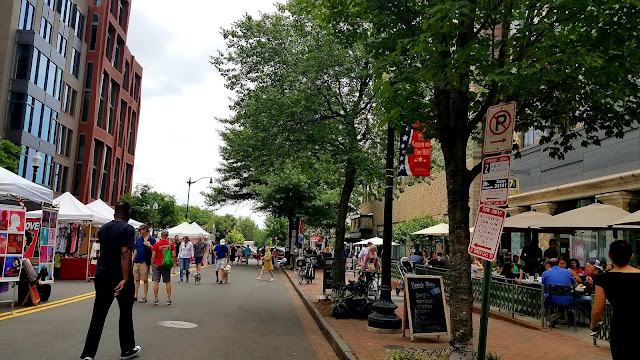 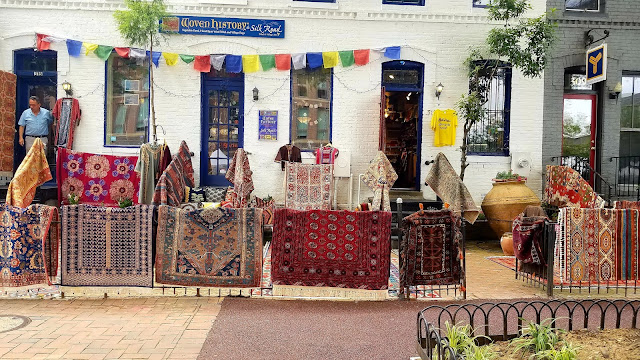 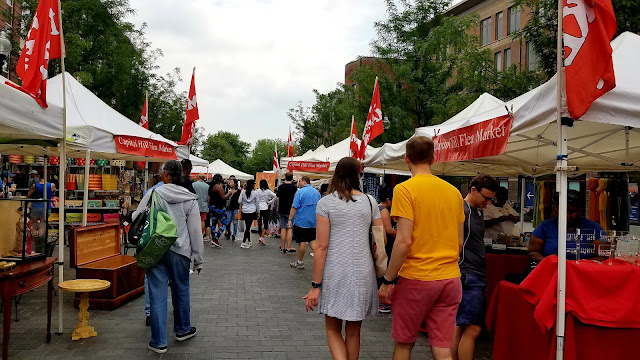 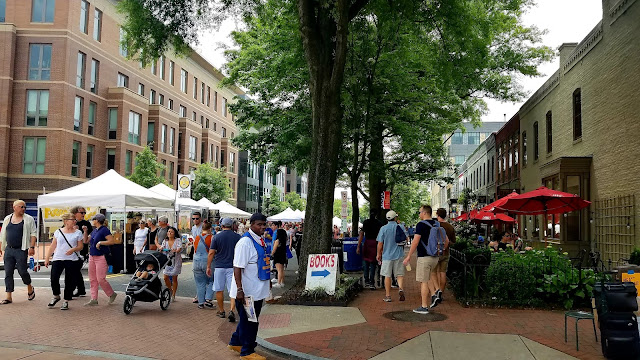 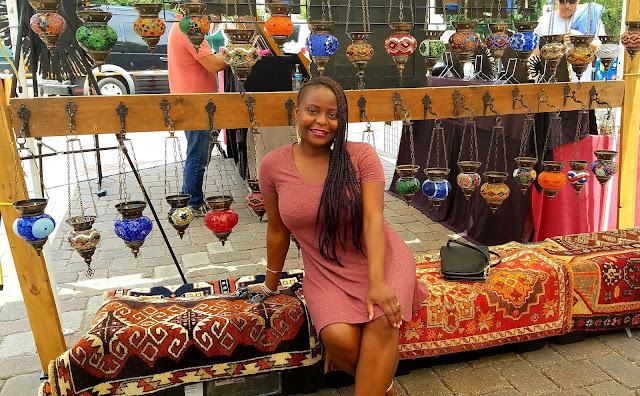 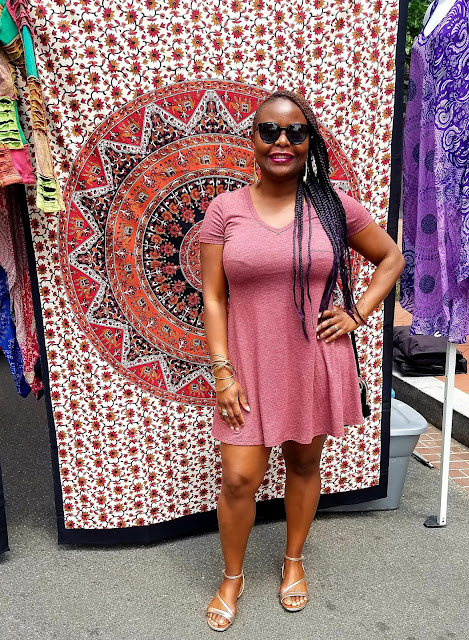 Inside the Eastern Market 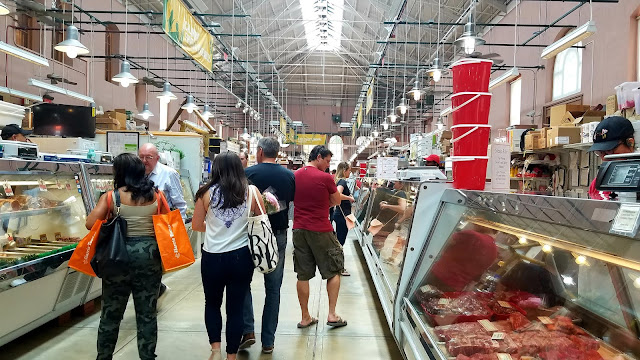 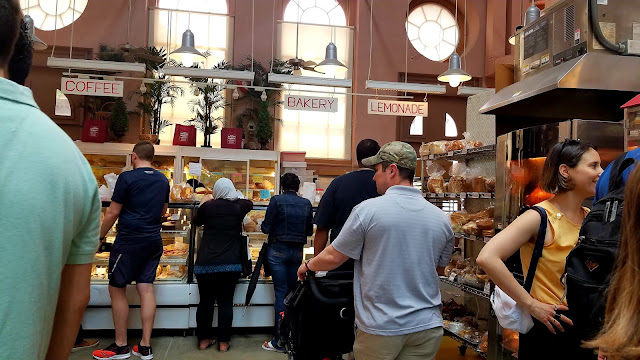 After getting our fill of the market we headed to The Wharf, a vibrant mile long stretch along the Potomac river that has restaurants, entertainment and businesses that attract large crowds. I actually just found out that it was the first major waterfront development project aimed at transforming the area and it's only been open since 2017! not too long ago clearly. Anyway, it was hot as balls and we were both sweating like crazy so we headed into one of the restaurants in the area to cool off with drinks while people watching from our seating on the shaded rooftop. Seriously if it's possible to gain 10 pounds within 3 days I think I may have gained that much during this trip. We have been eating a lot of goodies and drinking more than we normally do but hey! we are on vacation so why not? we hang around The Wharf till evening before calling it a day. 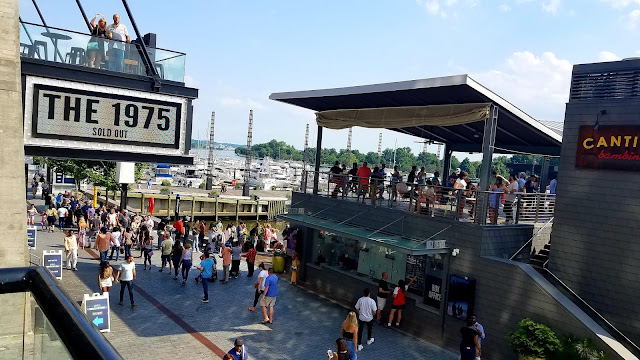 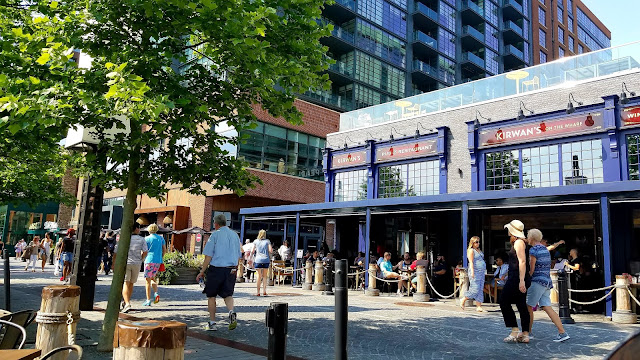 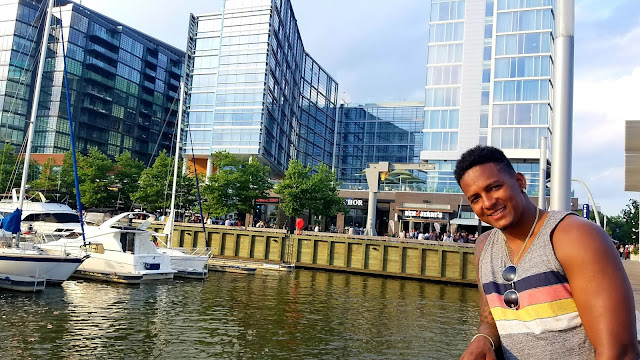 Funny story about the photo below, I saw this photographer having a photo session with some clients. After he was done and packing up his gear, I approached him and asked if he could take a photo of us with my phone. My husband was so embarrassed but I figured who better to ask to take our photo than a photographer and what did we have to lose anyway? the photographer shook his head saying no politely. I just smiled before telling him, "that's ok I understand." As soon as I started walking away he called out to me and said he would take one photo. Let's just say my husband was not amused, but in all honesty was it really foul asking the photographer to take our photo? I travel alone a lot so I am used to asking strangers to take my photos. If they say no I retreat but if they oblige I jump at the chance, I mean......why not? the photo does make me laugh though because I look happy as can be while my husband looks so stiff and that's because he was so embarrassed. 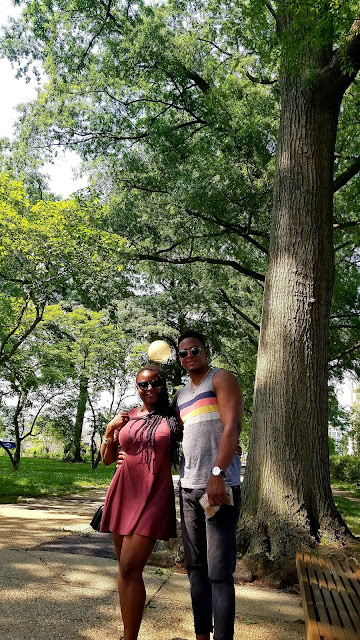 That's it folks! it was a day well spent and we are ready to go back home. We do have a trip coming up in July so do watch out for an update.