The Ancient City of Jerash

Today's adventure led me to Jerash, an ancient city in Jordan who's occupation can be dated more than 6000 years back. I got an early morning JETT bus from Amman and the trip took about an hour, of course I blacked out in the bus so I am estimating the time. Jerash has so much history that I can't possibly get into it all so I will briefly summarize what little I know.....hey! I never claimed to be a historian so please don't expect a well detailed history lesson here. Anyway, let's get to the summary.

The city of Jerash was considered one of the greatest Roman cities and to this day the site is recognized as one of the best preserved Roman provincial towns in the world, according to the Jordanian Tourism Board. The site had been buried for centuries before being excavated and according to a guide I met today, what you see now is only about 30% of the ancient city as 70% remains buried. The site is large by the way so you can only imagine how much larger it could be if you factor in what still remains buried.

When we arrived at Jerash the bus driver gave us a couple of hours to explore on our own while he waited. At the entrance there was an option to pay 30JD ($42) for a guide but if you are like me and like cheap things, you can use the services of one of the hustlers inside the site who I don't believe are certified guides. Ladies and gentlemen, DO NOT be like me just get a certified guide because you will not really be saving money and who knows if one of those hustlers is telling you true historical facts. I took my chance with one of the them, it didn't save me money as I initially thought but I did learn some very interesting history that made me appreciate the site even more plus the guy had such a bubbly personality that it was hard not to turn him down for a guided tour.

Here are some of the photos I got, the ruins are very beautiful and I don't think photos do them justice but at least you get an idea how they look like. 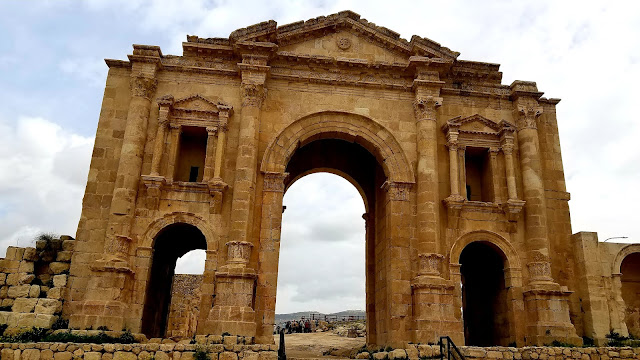 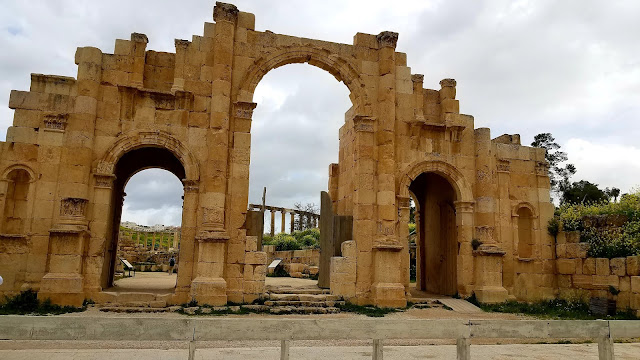 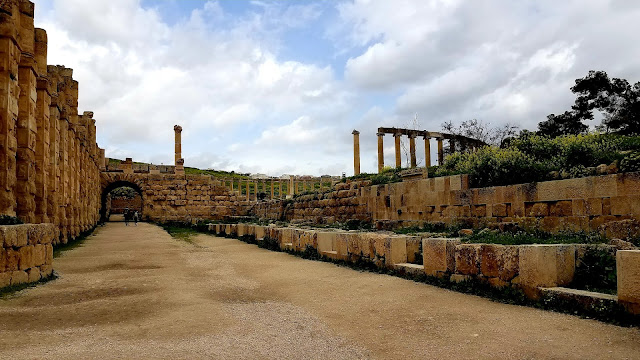 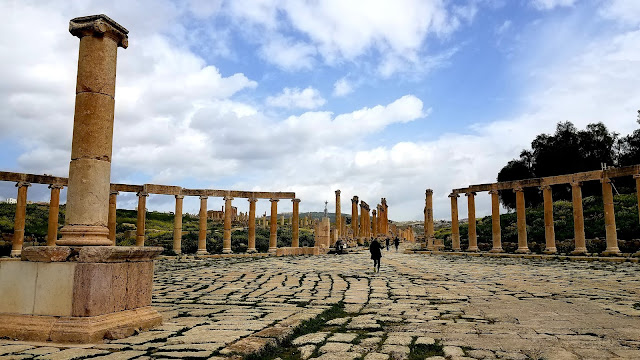 Looking at the columns in the photos you would think that they could easily tip over right? especially during a bad storm. Well, turns out that the columns had been constructed in a manner that would let them be slightly moved by the wind but not tip over no matter what. If you put your finger tips underneath the base of one of the columns you can actually feel it swaying with the wind. 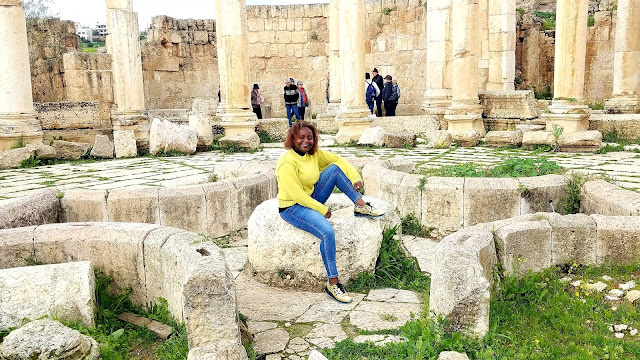 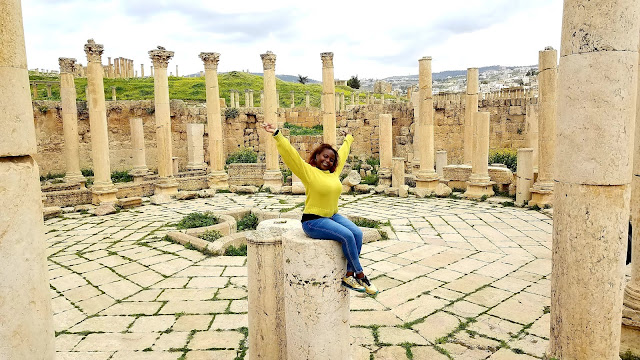 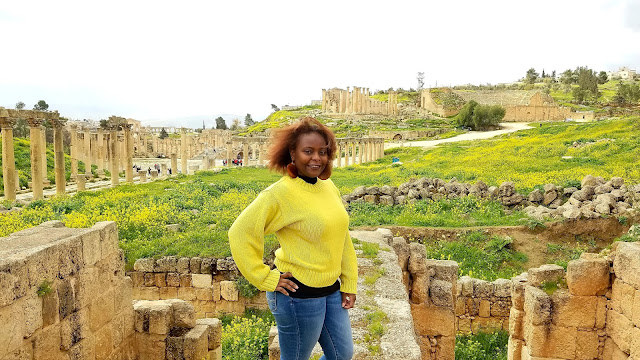 See the little holes on the stones below? that's where gold would be stuffed to make the walls shine. 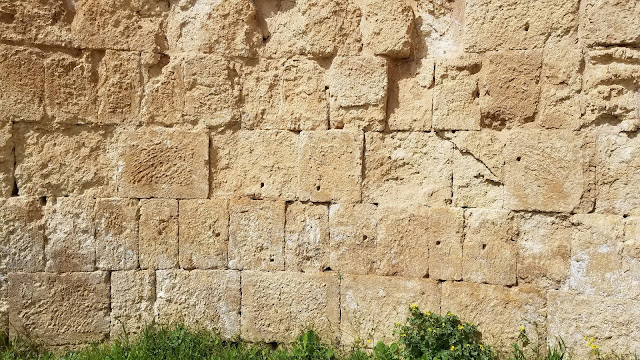 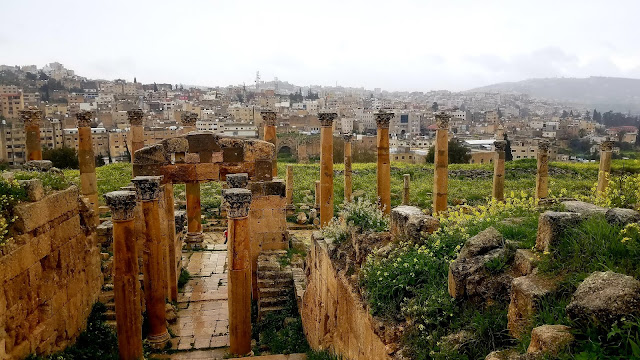 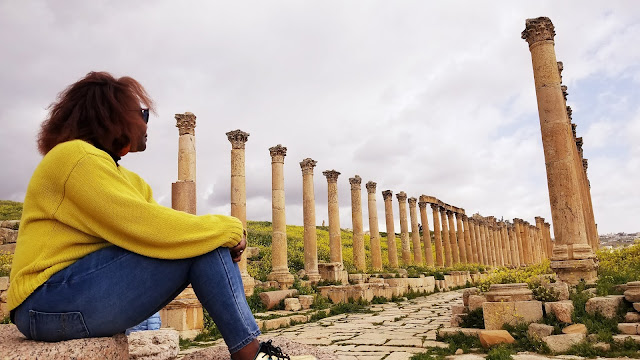 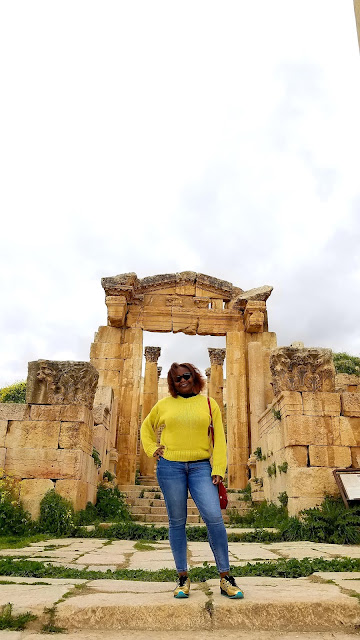 Check out the picture below, see the little tub in front of the structure? apparently this is where the queen's attendants would lose their virginities upon marriage, in front of the queen herself so she could verify their virginity!!! Hmm?! did this queen not have anything else better to do? the guide who was showing me around told me this but I am feeling too sleepy and lazy to verify the story at the moment. 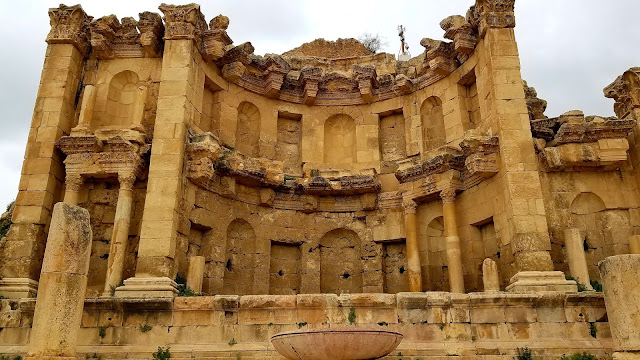 When the rain won't let you be great but you try anyway. 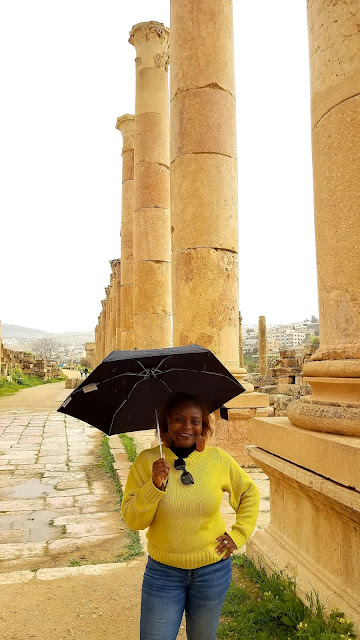 After getting done at Jerash we headed to Ajloun castle which according to the Jordanian Tourism Board, is one of the best preserved examples of Medieval Arab Islamic military architecture. It was built in 1184. When we were leaving Jerash it was raining heavily and by the time we got to Ajloun the weather wasn't any better so it was hard to fully appreciate the castle while freezing and wet plus trying not to slip on the wet slippery floors. The castle is beautiful and worth checking out for sure, too bad the weather today was just horrible. At least I did manage to get some nice shots. 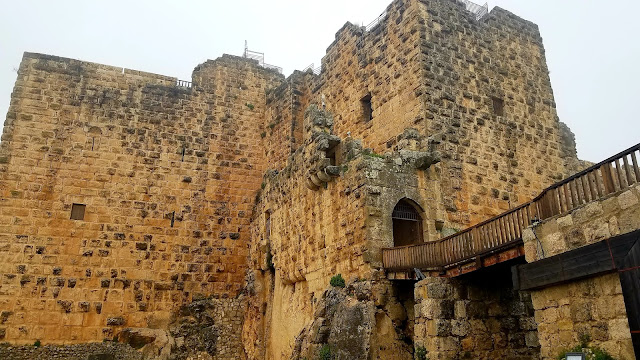 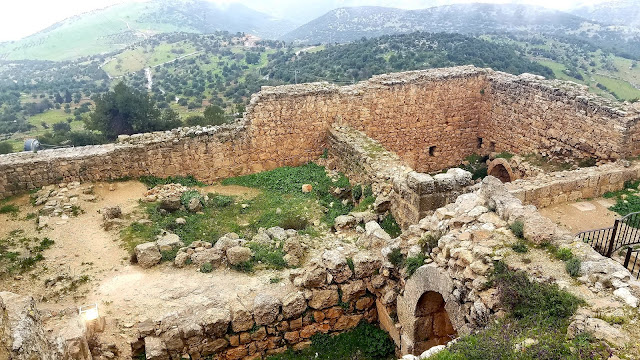 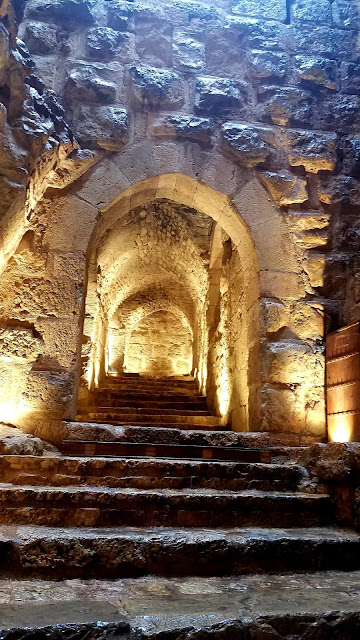 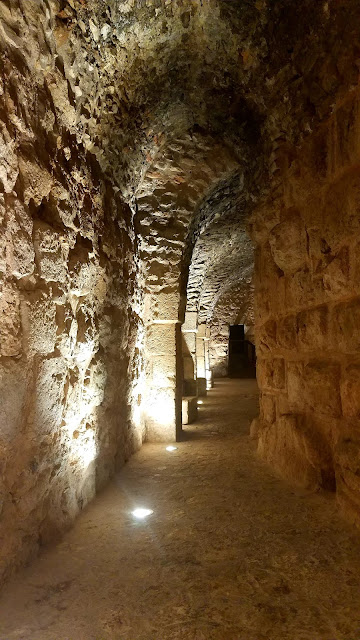 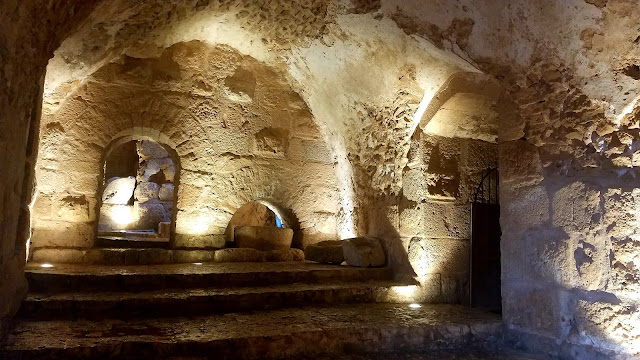 Thats it folks, once again it was a full productive day despite the rainy weather. Tomorrow I have another fully packed day that I am really looking forward to, since it will be my birthday I saved the best for my special day so watch out for an update on that.

Random Thoughts of The Day

Being inside the site of the ancient Roman ruins in Jerash was fascinating. On one side you would see a modern day regular city with people going about their business while on the other hand you were standing on ancient ruins that date back thousands of years, I thought it was incredible how these two worlds stand side by side.

Can you imagine going to work in the morning and on your right or left hand side seeing historical ruins that people fly from all over the world to see? I suppose the locals are pretty used to it so it's not a big deal to them.

I asked my guide how come more excavations are not taking place in order to uncover the rest of the ruins at Jerash and he said that the government is now focusing on restoration and preservation.

Whenever I see these ancient ruins, be it in Jerash or Machu Pichu or Tikal....the list goes on, I can't help but marvel at the superiority of workmanship that went into building them. Do modern day buildings even compare? would they even survive for thousands of years if buried under the earth? heck! would they even survive a year?

I miss my bed and central heating especially, I will never take that for granted ever again. I think of this as I curl up every night in a fetal position for warmth with my hands tightly squeezed under my armpits to warm my fingers. I have even resorted to wearing a pair of socks on my hands as gloves.

Men smoke a lot here from what I have observed, I wonder what the rate of lung cancer is.

I am so glad I got motion sickness pills prior to getting here because on today's trip we passed through some curves here and there and that triggered my motion sickness which I was able to combat thanks to the pills I carried.

Jet lag is still kicking my butt. I sleep very early and find myself awake at 3 am and not being able to go back to sleep. I use this time to catch up on my tv shows or favorite youtube vloggers, on that note let me get some sleep.