A Year Older In Petra

Today being my birthday, I decided to spend the day in a special way by visiting one of the seven wonders of the world, Petra! I was so excited to make this trip because Petra had been on my list of places to check out. Petra was the capital of the Nabatean Arabs and you can learn more about this fascinating city here.

I arrived at Petra via the JETT bus from Amman which departs everyday at 6:30 am, the trip took about 4 hours. The bus conveniently dropped us off next to the visitor center and once I got my Jordan Pass scanned, I was able to enter Petra. Inside the site there were a bunch of people trying to offer horse rides and tours. This one dude came offering me a tour for half the price of what was being charged at the entrance and a chance to get good aerial views of some of the locations within Petra. I was skeptical at first and as he was giving me his spiel, I was looking around the area he pointed out trying to figure out the likelihood of being heard if I were to scream. A lot was going on through my mind and in the end I was like, "Lord forgive my reckless behavior but you know I like a good adventure, please don't let anything bad happen to me." I decided to take the risk. In my defense I did see this one couple heading toward the same route so I felt more at ease and just like that, my great birthday adventure begun.

The guide who's name is Barakat took me through this amazing albeit physically challenging route as he narrated about the significance of the different locations within Petra. I was huffing and puffing but it was all so worth it because the views I got were unbelievable! Ooh! yeah, and he did turn out to be a sweet guy so of course this eased my initial fears although when I think of it, had he turned out to be a bad guy I would have been in so much trouble! it really was a risky move on my part. Okay folks, let me summarize things because this post is getting too wordy and I know what you want to see the most are the photos, right? before we get to that take a look at the map below for reference, it shows the different locations inside Petra. I was able to see location 1 through 7 which was the Royal Tombs, I would have loved to see the monastery but it was far and I was too tired unfortunately. 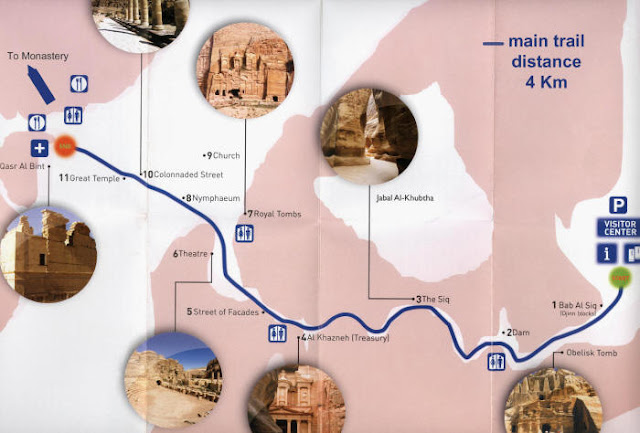 Obelisk Tomb - carved by the Nabateans in the 1st century AD the four pyramids and a statue symbolize the people buried there. 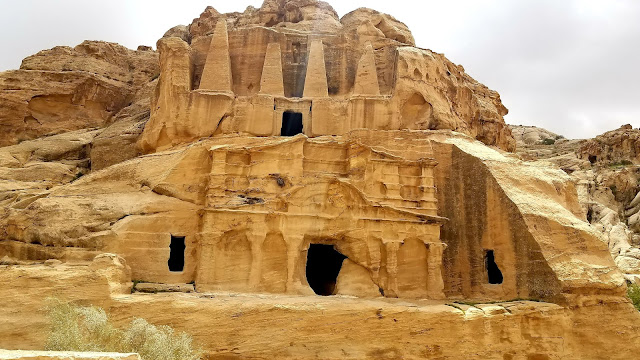 The siq - the narrow gorge leads into Petra, the siq resulted from a natural splitting of the mountain 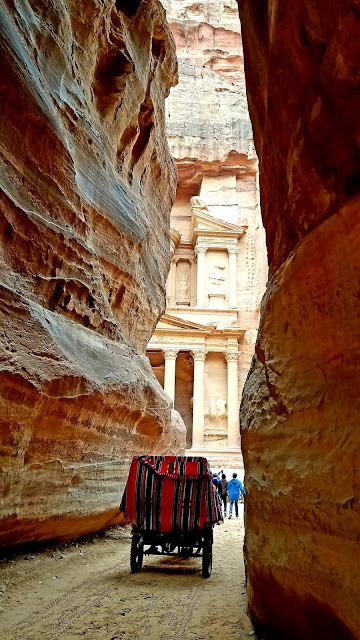 The Treasury - Almost 40 meters high, no one knows for sure when it was built nor the purpose of it but one thing is for certain, it is impressive! 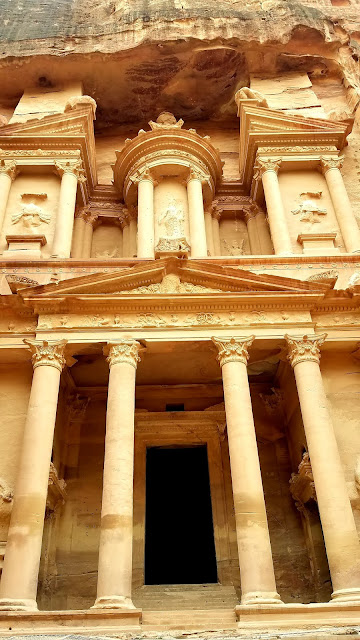 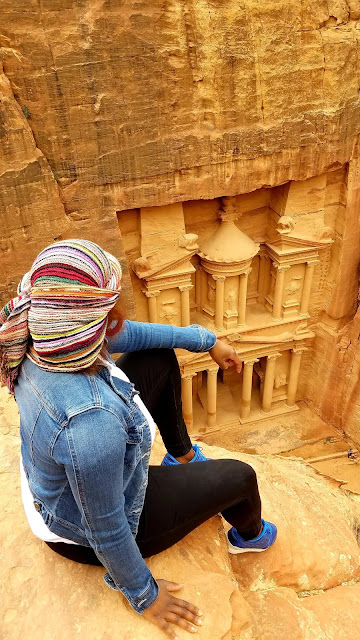 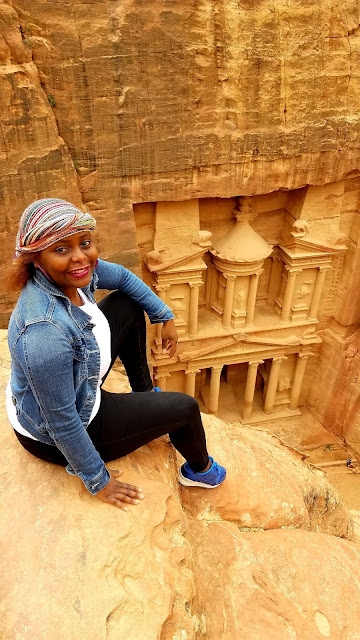 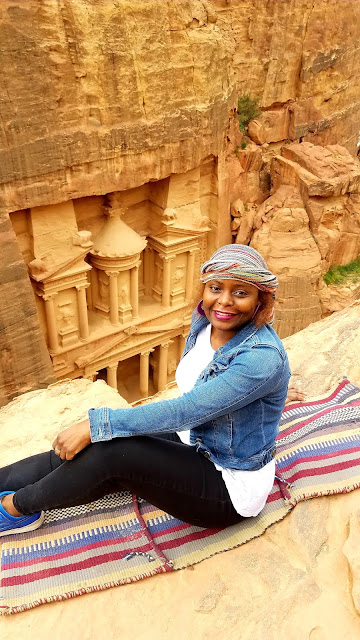 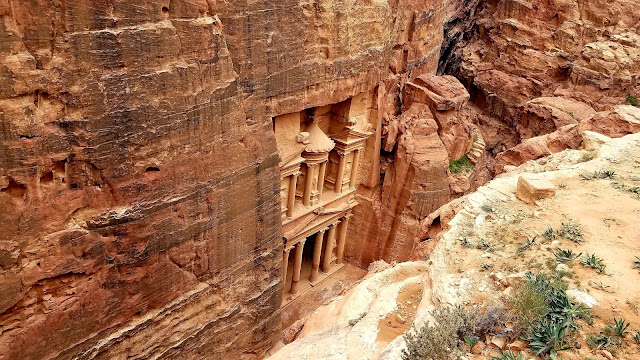 High Place of Sacrifice - A place of worship on a mountain plateau, best way to display it on a photo is from an aerial view. 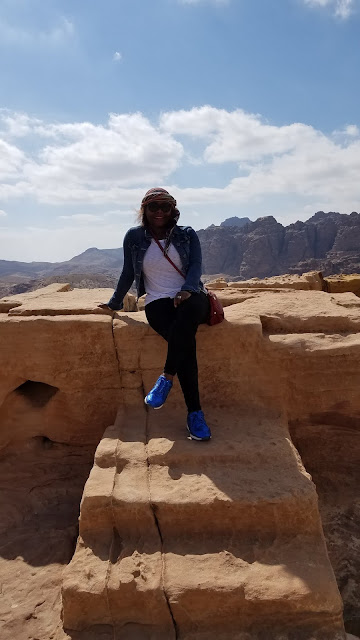 The Theatre - Although you can't clearly see it in the photo below, it consists of three rows of seats separated by passageways, seven stairways and can accommodate 4000 spectators. 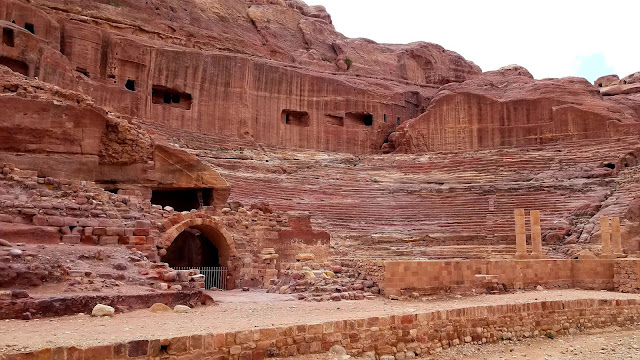 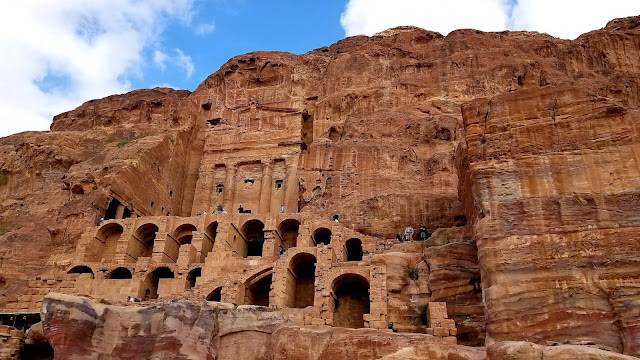 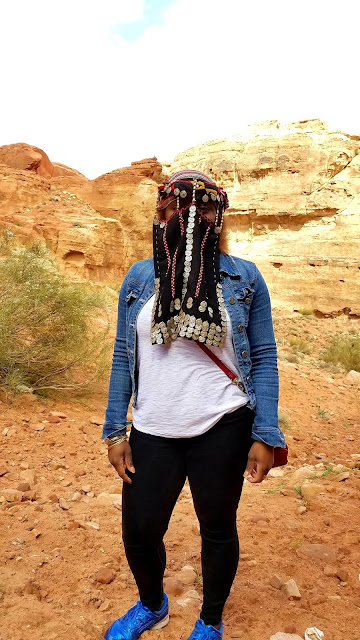 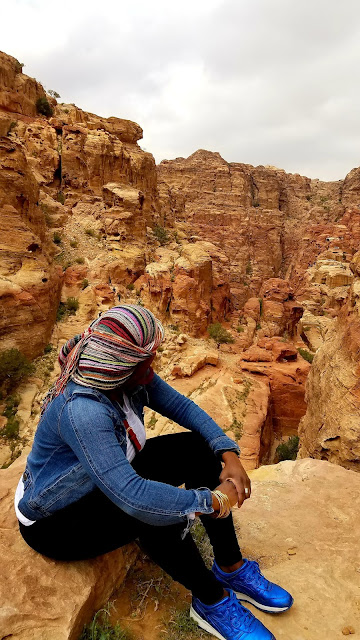 That's my guide Barakat, I know in this picture he has a sleazy look but he was a true gentleman from beginning to the end. 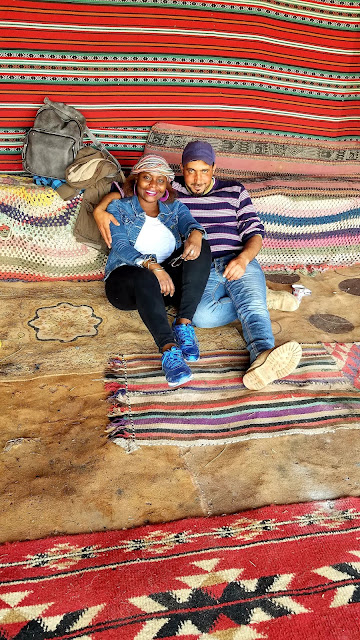 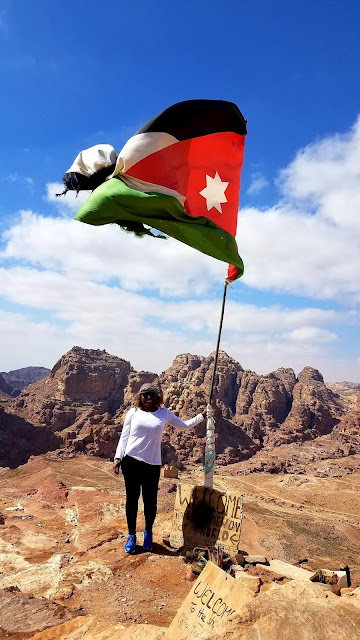 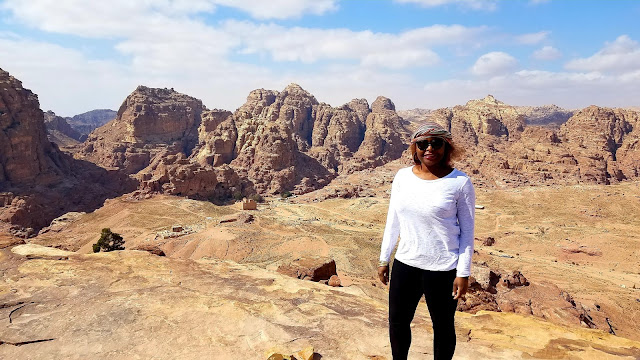 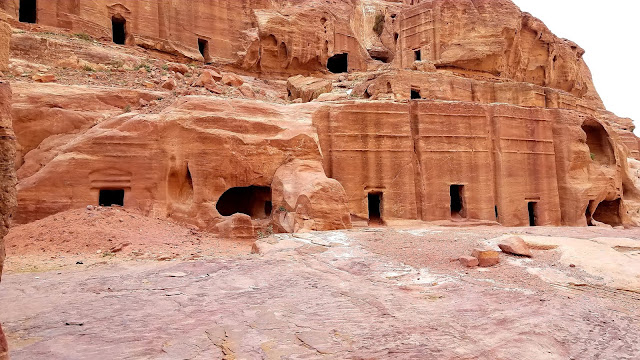 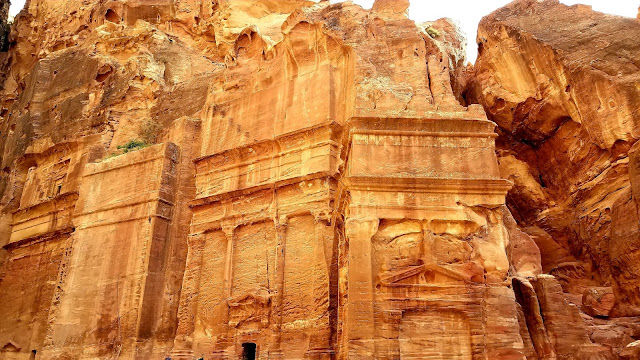 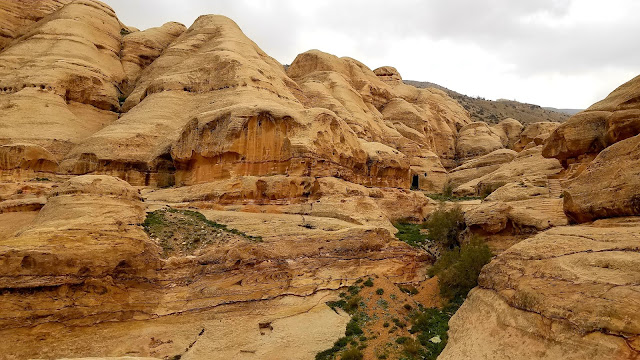 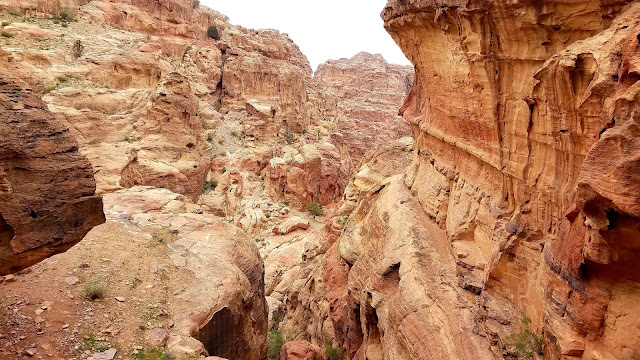 That's it folks! after I was done with Petra I went to find my airbnb as I decided to spend the night in Wadi Musa which is the town surrounding Petra. After I got situated at my airbnb rental, I treated myself to a birthday dinner at a restaurant nearby, before calling it a night. 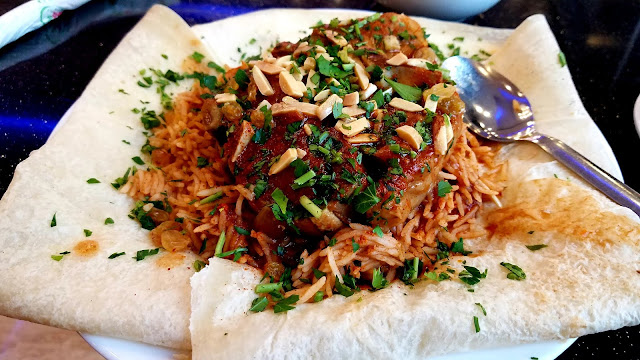 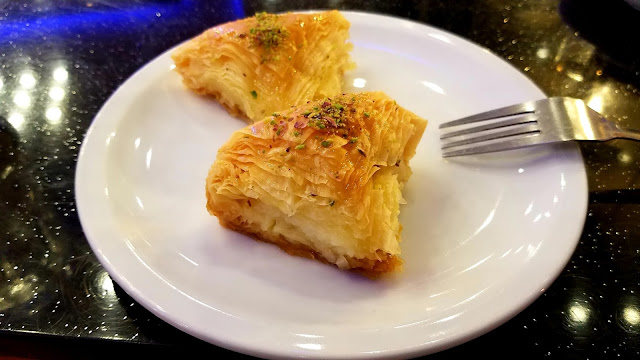 Happy 39th birthday to me, may my last year of being in my 30s be filled with bold adventures and accomplishments because I want to end this chapter of my life with a bang!