Today being the 3rd day of Feria de Cali, I had heard that the festivities would be centered around displays of antique cars. I wasn't that enthused to check it out but I was still open to experiencing the event, that is until I got a message from my dear friend Angelica who is back in Cali for the holidays visiting her family. I can always count on her for suggestions on cool events in the city, this time she informed me of an event celebrating the culture of the pacific coast of Colombia which has a heavy African influence, basically a celebration of Afro Colombian culture. I thought it sounded exciting so I decided to meet up with her to check it out, I went with my ex-roommate Fernanda.

The event was being held at one of the plazas in downtown Cali and as soon as we arrived I knew I would enjoy myself. There was a band playing and the music sounded so good! plus the crowd had a cool laid back vibe which I liked.

We got to check out several bands and dance groups which were pretty good. 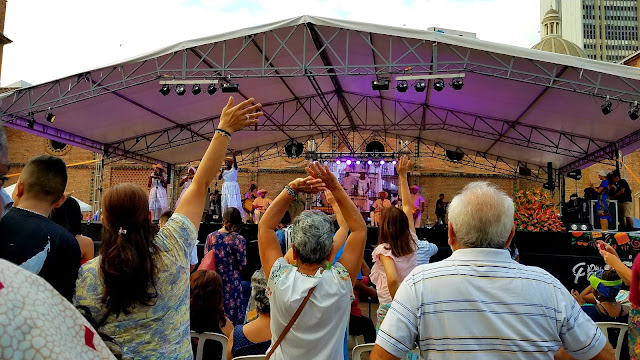 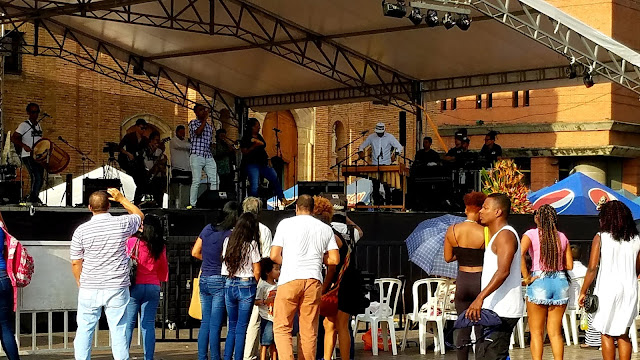 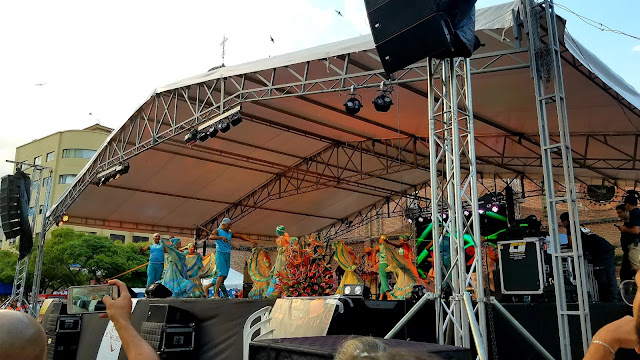 Beauties from different regions of Colombia came out to strut their stuff and represent. 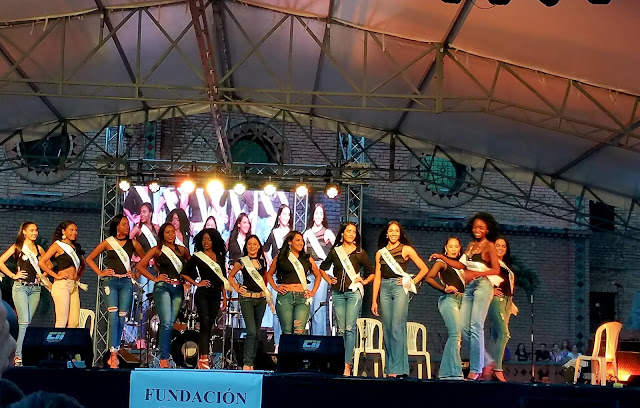 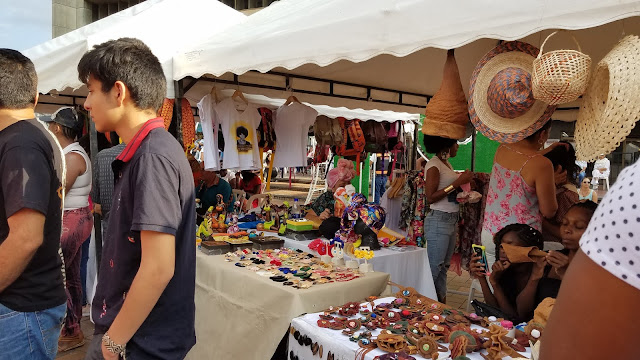 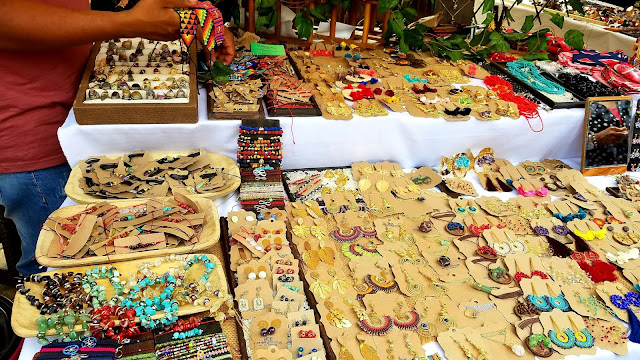 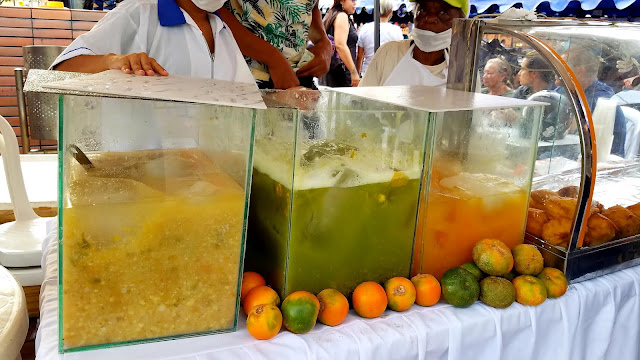 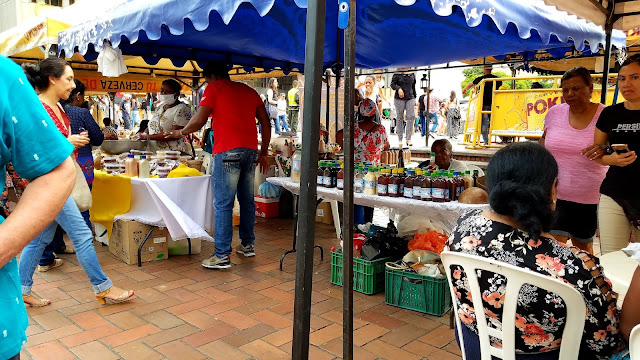 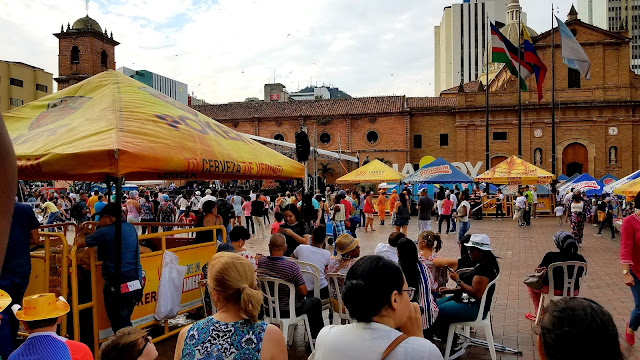 Had to indulge in some local drinks to cool off, If ever in Cali be sure to try a drink called guarapo made from sugarcane, it's so good especially on a hot day. Thank me later! 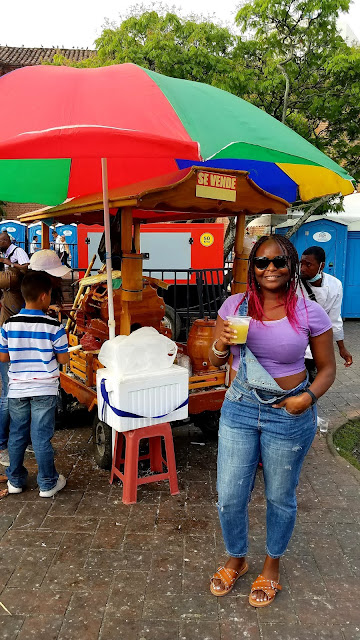 Re-united and it feels so good! my dear friend Angelica......with her there is always a good time to be had. 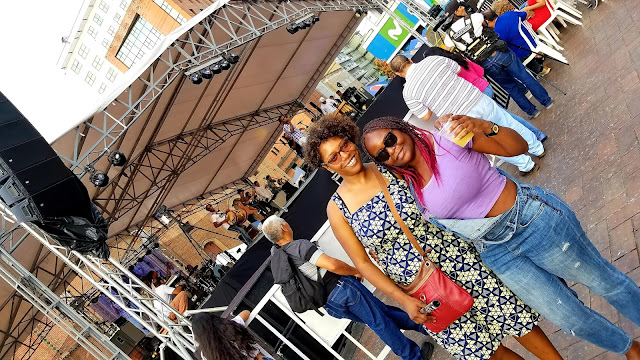 Guess who ended up being on local TV? Angelica is actually the one who pushed me to it, the ladies you see below had approached her for an interview but she insisted they interview me instead because I was a visitor and would give a different perspective. I was so nervous and thought I would fumble my words but it actually wasn't so bad. 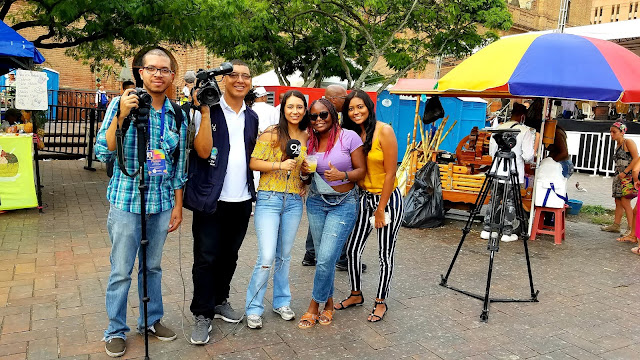 That's it folks! we hung out with Angelica and her family enjoying the music while conversing. The event was going to be taking place throughout the night but we all left in the late evening having felt like we had enjoyed ourselves.