We just came back from an unforgettable three day adventure at the Maasai Mara where we were totally disconnected so that's why I could not update the blog. Maasai Mara is one of Africa's greatest wildlife reserves situated at the south western part of Kenya and it attracts thousands of tourists each year especially during the months of July - October when the great wildebeest migration occurs.

We booked a three day tour of the Mara with Bison Safaris through Safari Bookings website which has ratings of hundreds of tour companies and allows you to do comparisons in order to find one that suits you best. My top three choices were actually Bison Safaris, Axis Africa Safaris and African Paradise Safaris which all had good reviews and were very responsive to my inquiries. I settled on Bison because more people had rated them but trust me, the process of elimination was not easy! the other two seemed great as well. Now without further ado let's get into our Mara adventure.....

We were punctually picked up from our residence early in the morning and since we had booked a shared tour, our van had two more stops to make in order to pick up the other people in the group. Our tour had 6 people in total. The drive to Mara was about 7 hours if not more because we had to stop for lunch then briefly stopped at the Great Rift Valley to take some pictures. We arrived at our camp in the evening and after getting situated, our driver/guide came back to get us for an evening game drive. We spotted quite a number of animals and we were informed that the following day we would have a full day game drive so we were bound to see way more animals. The evening drive lasted about a couple of hours then we were taken back to our camp to have dinner before calling it a night.

The Great Rift Valley lies down below, behind us....... 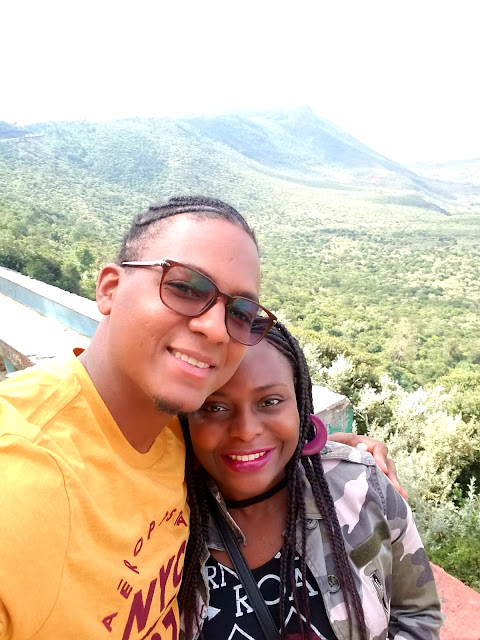 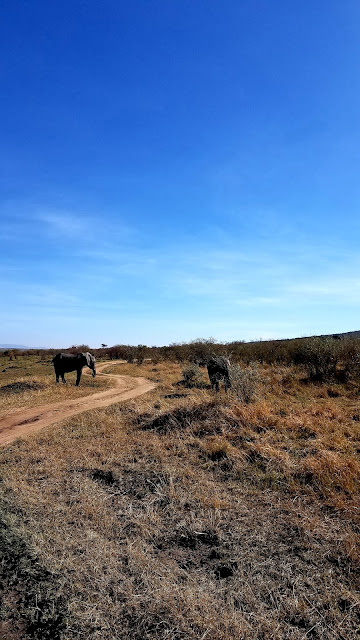 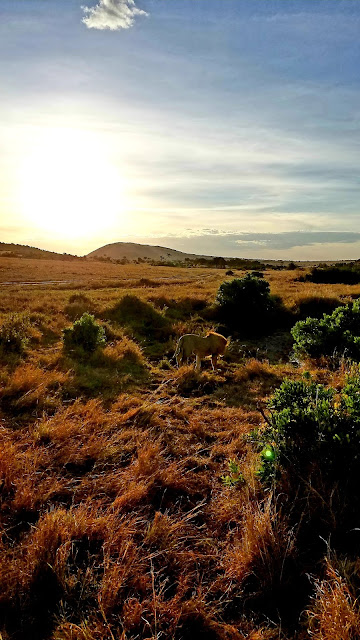 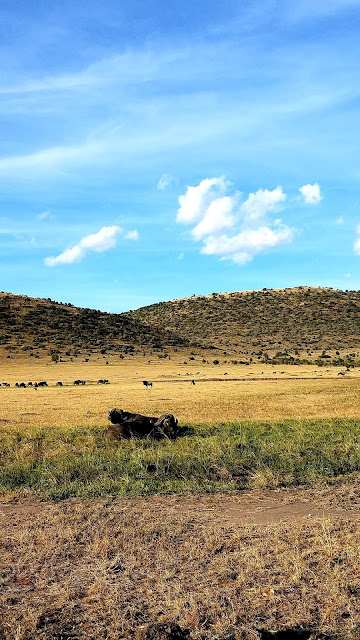 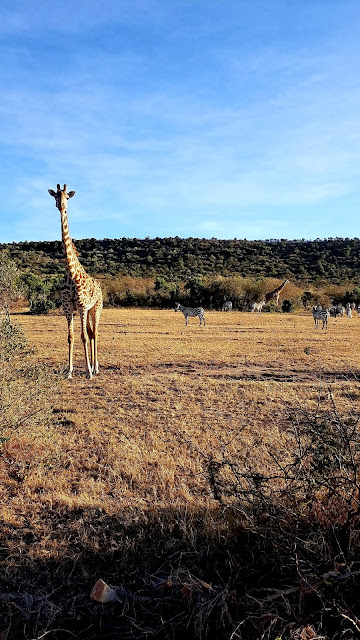 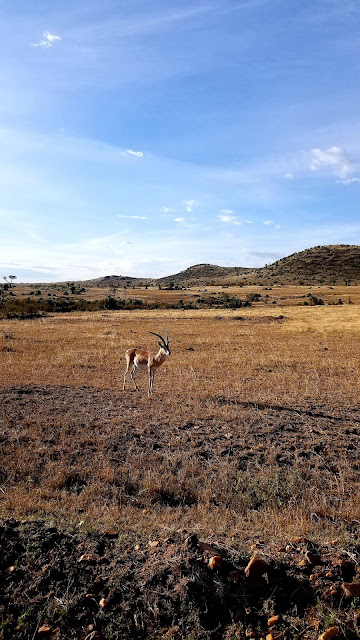 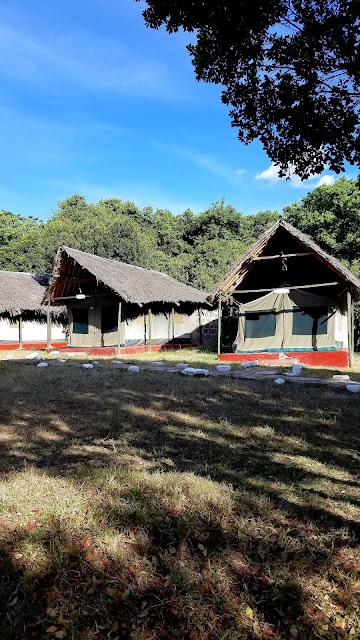 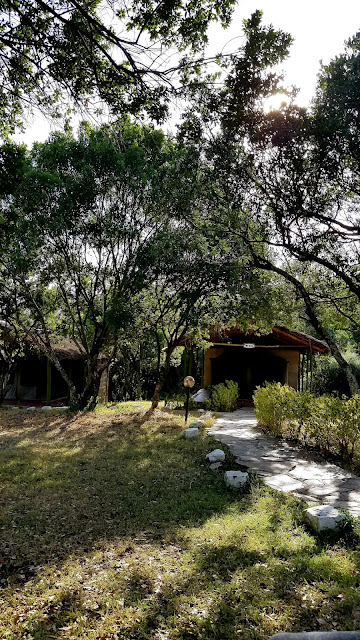 After breakfast very early in the morning, our group met up at 7 am as we had been instructed and our driver/guide came to get us for a full day of game drive. We saw so many animals in their natural habitat and the beauty of it all can not be described, you just have to see it to appreciate it. In addition to being very beautiful, I have to say Maasai Mara is huuuuuge!!! we drove for hours and it seemed like there was no end (I just looked up the size online and it says that the reserve stretches 580 sq miles/1510 sq km).

After hours of animal watching we stopped for lunch then continued with the game drive till evening when we were driven back to our camp. It was such a long day and everyone was so tired, you should have seen our faces when being dropped off for the evening. I got to chatting to this one guy in the group who was asking for recommendations on what to check out in Nairobi, I mentioned the national park and he raised both his hands saying, "no more animals! please!" it was hilarious but that gives you an idea of how our day went, after all the animals we saw I think we all had our fill and no one will be checking out any animals for a while!

Hippos just basking in the sun enjoying the good life.... 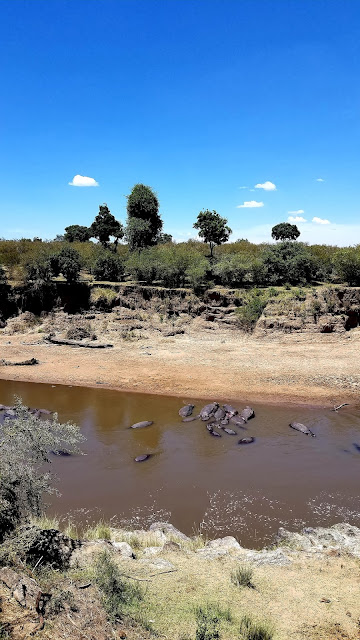 Wildebeests......there was a lot of them all over the place 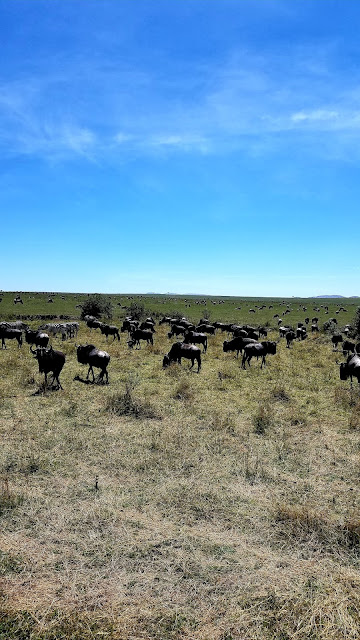 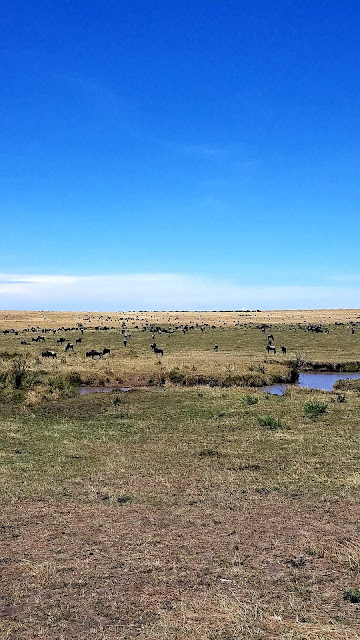 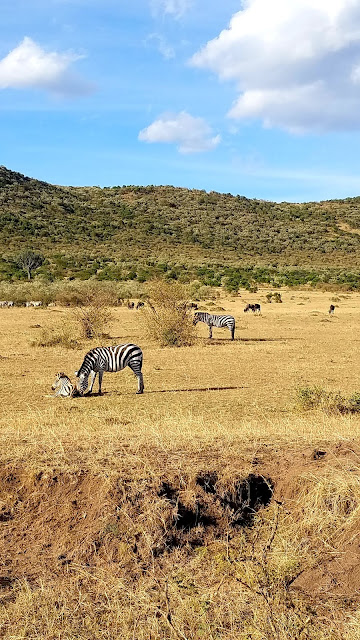 Trying to be cool in the wilderness... 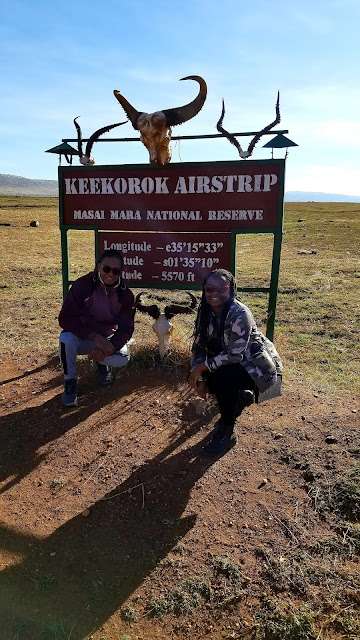 Lioness just chilling and hiding from the very hot sun, I don't blame her......it was HOT!! 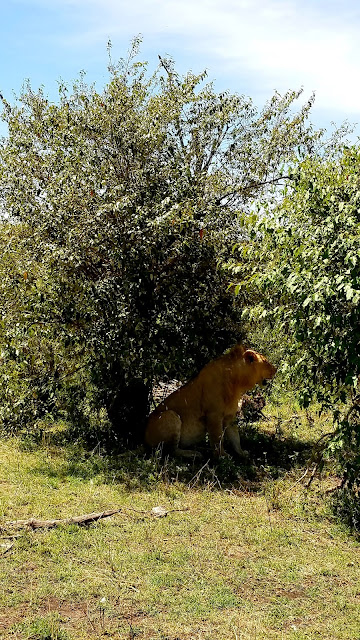 This was our last day so after packing up our things and having breakfast, we were taken to visit a Maasai village. The Maasai tribe is one of the 43 tribes we have in Kenya and the Maasai people are pretty famous for having maintained a good chunk of their culture and traditional way of life. The visit to the village was voluntary and the charge to get into the village was Kshs. 1000 ($10), once inside, we were shown various traditional dances of the men as a guide explained to us about the families living in the village and their way of life. One thing to note is that you will be sucked into buying some of their jewelry, you can firmly say no but these folks were pretty persistent. I suppose people have to make money one way or another, right? all in all I didn't mind the experience, I actually found it pretty interesting. 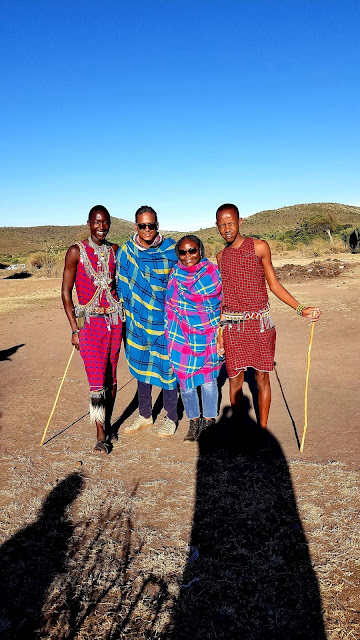 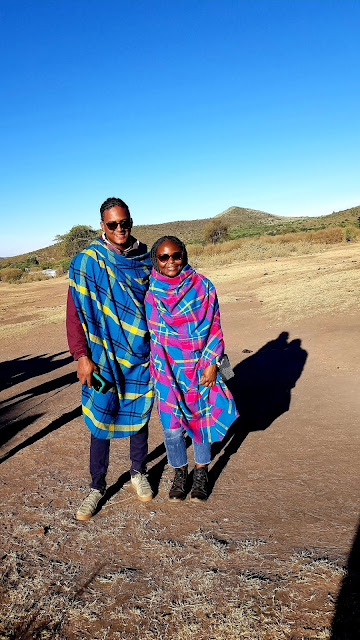 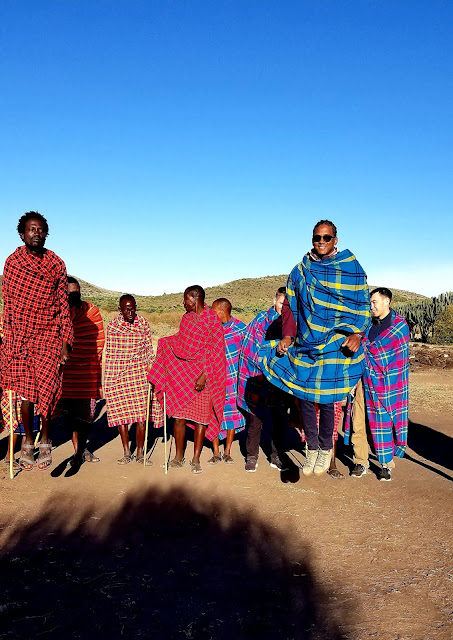 How perfect was this shot of the guy jumping??! LOVE IT! 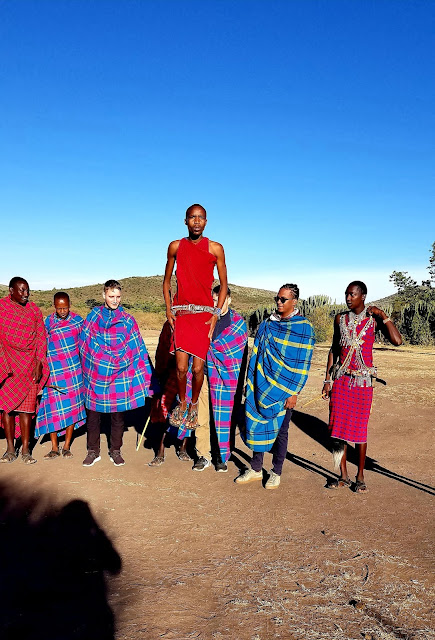 That's it folks! after our village visit we set off on the long trip back to Nairobi, tired and dusty for having been in the wilderness but very content at having made this unforgettable trip.

NOTE: Our Mara trip came to a total cost of $510 for a shared tour. I paid $195 as a Kenyan and my husband paid $290 as a non resident, since we paid with a card we paid an extra $25 transaction fee. This cost included transportation, meals and lodging.

When going to the Mara expect to get dirty, you are in the wilderness after all. There are no paved roads in the reserve which is cool because it maintains that natural feel and look but boy does the drive get dusty! just wear clothes and shoes that you don't mind getting dirty in.

Of all things I decided not to carry was a hat to protect me from the sun during the game drive, I assumed since we would be in the van then we wouldn't be exposed to the sun.....WRONG! I felt all the bright sunshine's splendor on my forehead! thank goodness I had a coat which I used to cover my head.

A flash light would have really come in handy because at night it got so dark you could not even see your hand if you held it right in front of your face. At our camp they were using generators for electricity and they had specific times as to when they would be turned on and off meaning we had limited time to use electricity before it went out. Thank goodness there was a constant supply of hot water so those hot water showers came in handy at the end of the day.

Roads leading to the Mara are not the best so expect a really bumpy ride, I am not even talking about a slight cute bump, I am talking about hold on to your seat kind of bumpy ride. I would hate to visit during rainy season because I can only imagine how muddy the roads get.

I had read about this in some reviews and I got to witness it myself. During the game tours, our driver as well as the drivers of other tour companies would try to agitate some of the animals in order to get some sort of response out of them. For instance, all the lions and lionesses we saw were hiding behind bushes taking naps while shielding themselves from the hot sun, the drivers would disturb the bushes around them so that the animals would get up. This part I really didn't like because the animals would be forced to wake up and if they tried to move to another bush they would be followed yet again and be agitated for the sake of our viewing pleasure.

This couple from Siberia that we met during the tour was telling us that where they live it gets down to -50 degrees during winter. I can't even imagine what kind of torture that is! another couple from Estonia chimed in and said they get down to -25 degrees..........and here we were feeling relieved to have temporarily escaped from -7 degrees!

Email ThisBlogThis!Share to TwitterShare to FacebookShare to Pinterest
Labels: Kenya