Today was such a fun day, I attended Koroga festival with a friend where I got to hear some really good African music from different countries. Koroga (in Swahili means stir) is a festival that celebrates great African musicians from around the continent and is held bi-monthly. I have always seen such fun photos and videos of music festivals in Nairobi on social media so you can imagine how excited I was to know that I could check one out while here. Even more exciting was the fact that Salif Keita the great Malian musician was going to be playing at this particular festival. Tickets at the gate were Kshs. 3000 ($30) but advance tickets were half price, since this was such a last minute thing we had to pay the gate prices which sucked but what are you gonna do? suck it up!

The festival hours were 12:00 pm to 7:00 pm and we got there at around 2 pm which wasn't so bad as we knew the main act that we were more interested in was going to be performing much later, plus the place wasn't so packed yet. We grabbed some food and drinks from one of the various food stalls and managed to get a table with a large umbrella to protect us from the sun. From our seating area we could observe all the going ons around the festival grounds which was pretty interesting, I saw so many cute fashion statements! that's the good thing with music festivals, you get to see it all and this one was no exception. 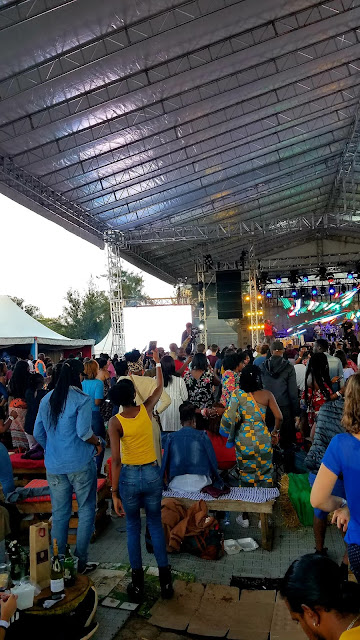 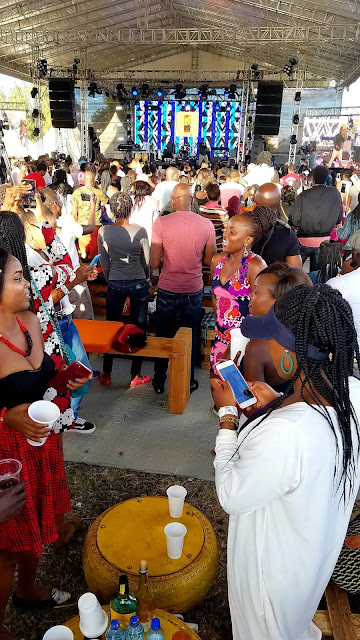 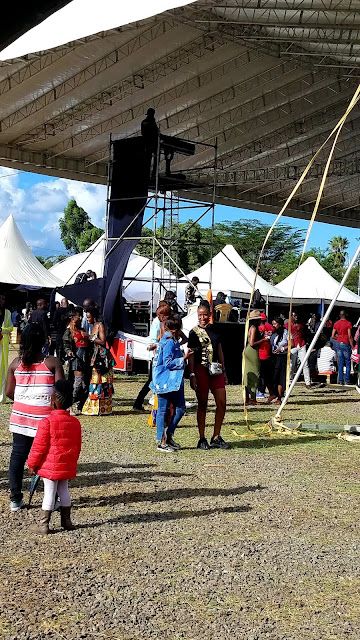 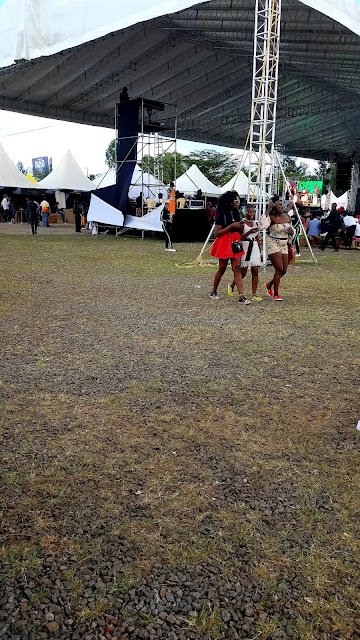 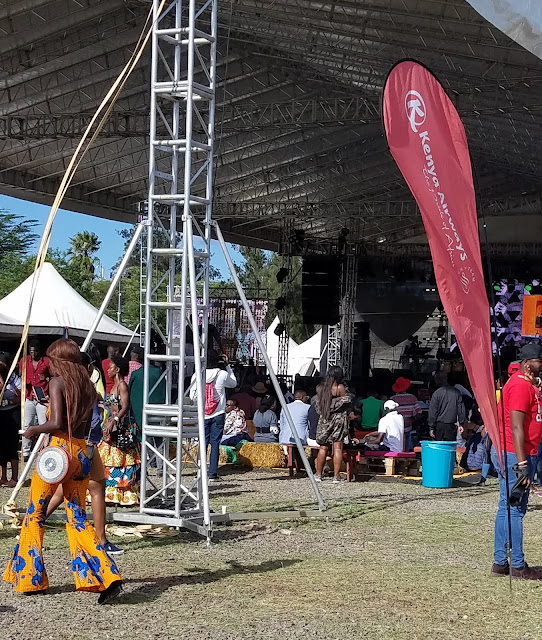 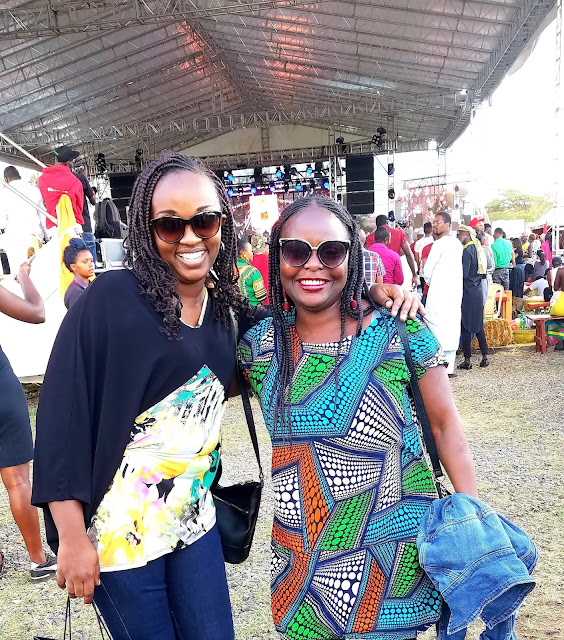 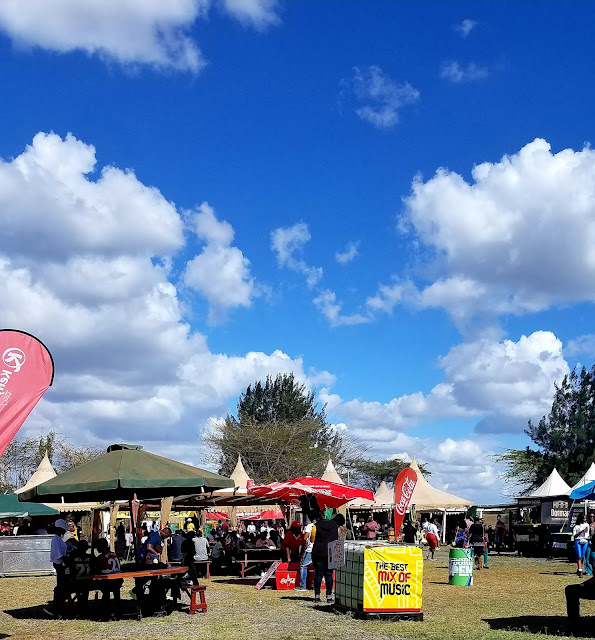 The great man himself, Salif Keita and his band. If you don't know anything about Malian music.....get with the program. 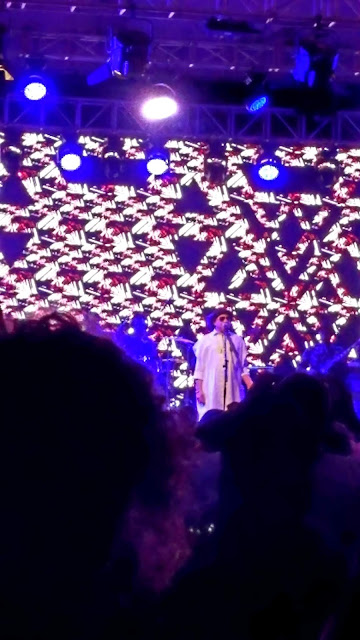 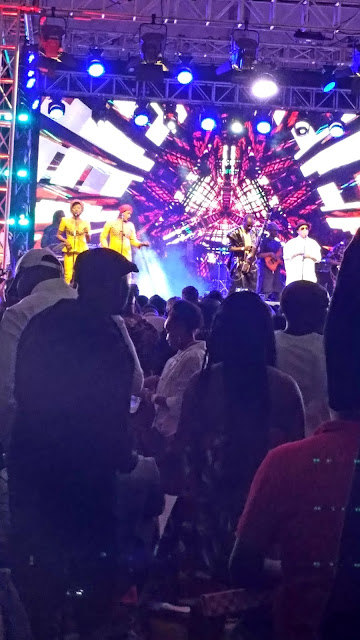 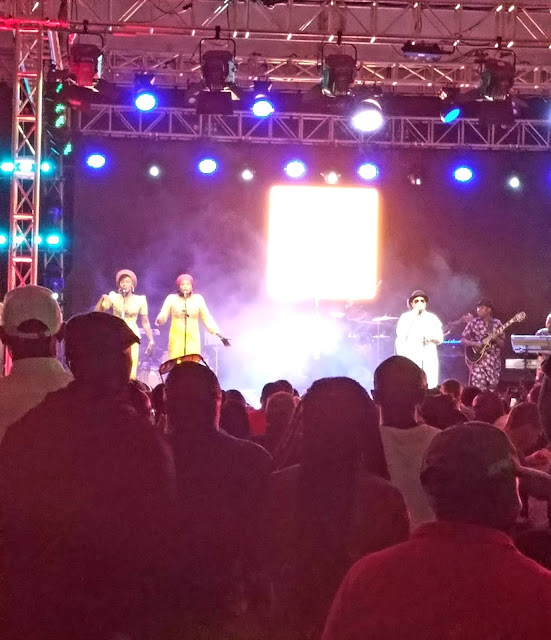 That's it folks! the music was good the food was good the crowd was cool and the whole vibe was just fun. I couldn't have asked for a better way to pass a Sunday.

I love Nairobi and being here just reminds me of how much I had missed it, it's fun re-discovering this city. To make matters better it's now so much easier to get around if you don't have a car because of Taxify and Uber which are extensively used and are cheap. Download either one or both of these apps and you are good to go.

There is also another fun music festival called Blankets and Wine that I would have loved to check out but unfortunately they already held it prior to me coming to Nairobi, Ooh! well, there is always next time.

It just seems like there is a lot of new money circulating in this city and I am not talking about small change, I am talking some serious money here. There are also many more foreigners living in Nairobi than I remember.

I follow various Kenyan vloggers on youtube and it was just so surreal running into some of them at the Koroga festival. For the most part I kept my distance out of respect but I did say hi to one particular one and told them that I was a fan.

Its been so much fun catching up with my childhood friends and reminiscing about the good old days. Times like this is when I become so aware of my age, where did the time go?

Speaking of age, I was reminded of mine yet again at the festival watching all these young hip girls with their cute outfits and latest dance moves. It was fun watching them and being reminded that at one point you were like one of them and now you are like their much older uncool sister.

Email ThisBlogThis!Share to TwitterShare to FacebookShare to Pinterest
Labels: Kenya