Today I had such a long day! I decided to head to Viñales, a small rural town in western Cuba well known for it's tobacco farms. The town is about 3 hours away from Havana and I am glad I slept through out the ride so it didn't feel like the trip was very long. I will go ahead and touch on the highlights of the trip, I hope it doesn’t come across as rushed but I am super tired and my focus is a bit off.

I had bought a tour of Viñales yesterday and the tour was going to last the whole day. Pick up was set up at 7:30 in the morning from Hotel Inglatera which is located right infront of the central park and is well known, they sell all kinds of tours at this hotel. The tour cost $67 and lunch was included, with all this taken care off I was all set on the day of the tour which is today. Okay so yes, let me get right into the trip highlights before my thought process starts heading to other directions, I told you my focus is off.....

First highlight, we stopped by a small farm where tobacco is grown and cigarettes are made by hand, the farm is family owned and had been passed down generations. We got to learn how the tobacco leaves are grown and harvested then process that goes into using the leaves to make cigarettes. After a few minutes of demonstration we were all (everyone in the tour group) given a chance to smoke and get a taste of the products. I just chose to pose for photos as you can see below. 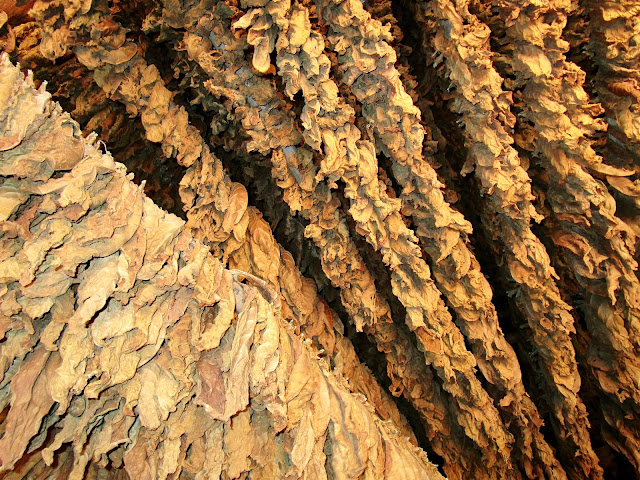 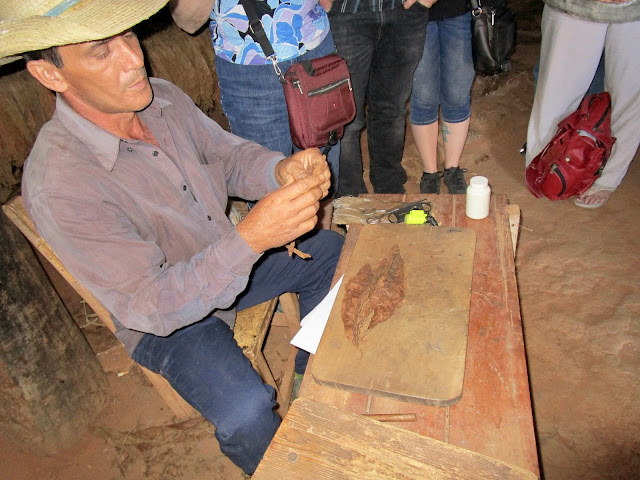 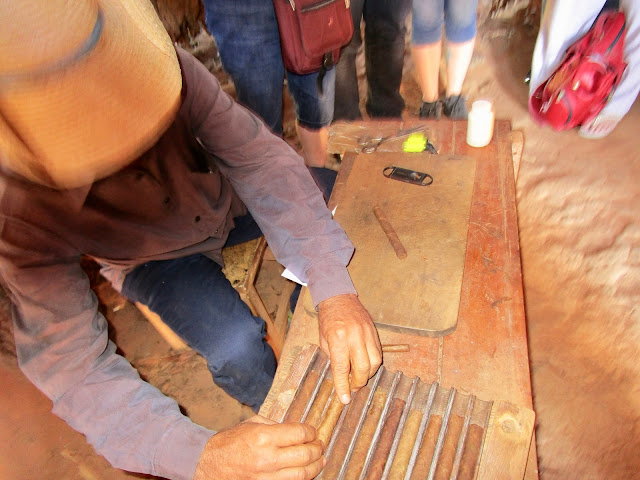 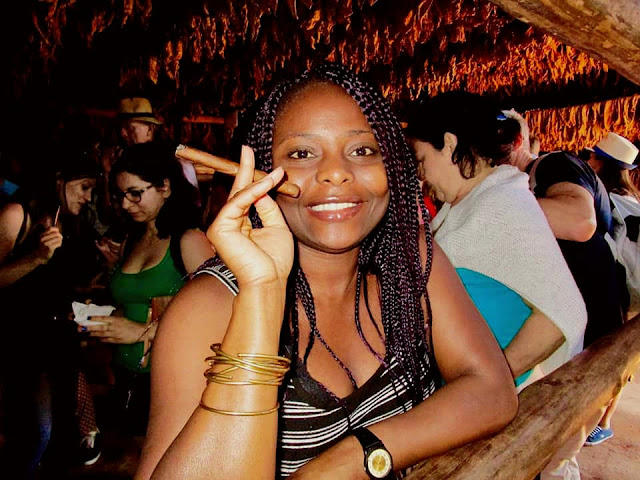 After that we were taken to another site to see the famous Viñales mural de la Prehistoria. This mural wasn't the work of the original indigenous people of the island as some people might believe, it's actually the 1961 work of Leovigildo Gonzalez Morillo who designed this mural to depict world history from the dinosaurs up until the age of humans. He has since died but every so often the painting of the mural is refreshed to maintain the colors. It was really pretty as you can see in the pictures below….too bad it's actually not a prehistoric work of art that had been done hundreds of years ago, as I once thought before reading up on it. 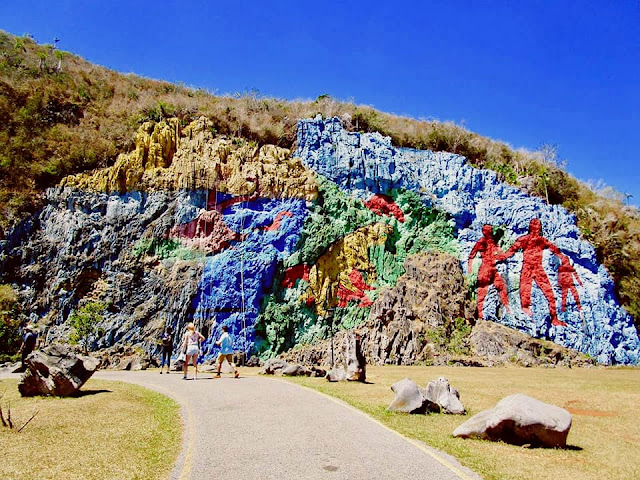 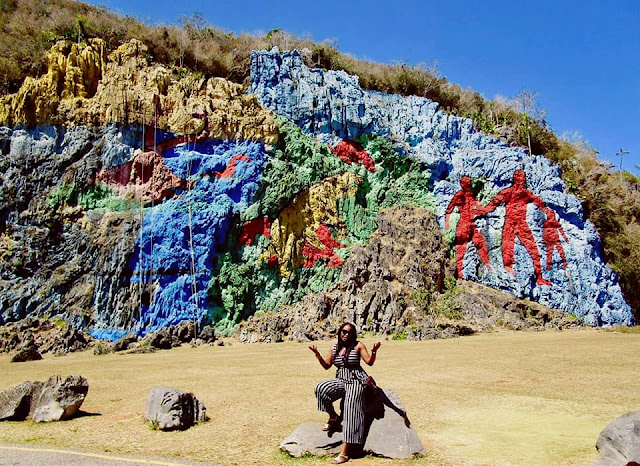 After taking some photos of the mural we had lunch at a restaurant located right next to it then we headed to some old caves where the indigenous people of the island used to hide from the Spanish, they were trying to escape from being enslaved. These caves were actually pretty nice, nicer than what I was expecting, they had been modernized and developed nicely to make it easier to get around, they were also very well lit. Unfortunately I didn't take too many pictures because my camera is cheap and the picture quality wasn't the best inside the caves. This is the best I could do..... 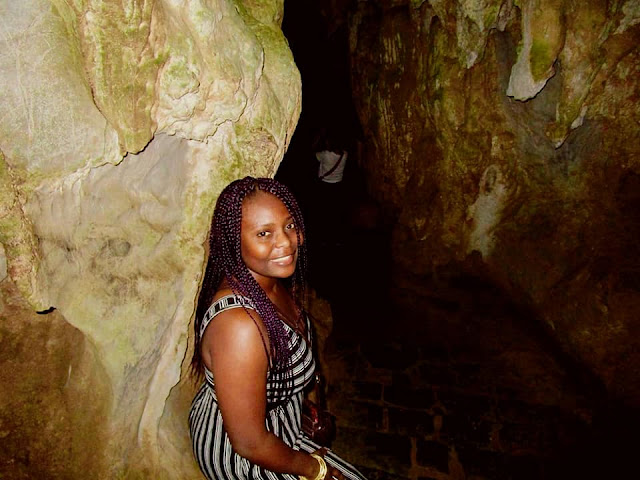 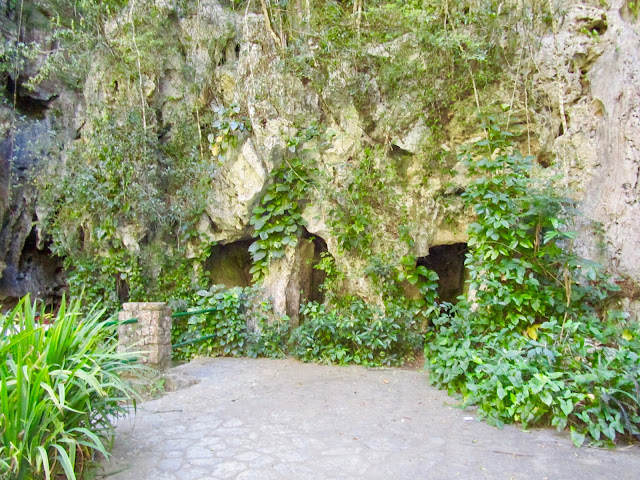 We hang around the caves for a while before being driven to another site to get a good view of the surrounding mountains before heading back to Havana. To be honest with you, this trip was underwhelming, I was glad to have seen the famous pre-historic mural that I had seen numerous times in photos online so that was a big plus but everything else was just…bleh! no regrets however because I got to see what i wanted so all was not lost. Now I better get ready for bed because tomorrow I have a very long day as I head to another city called Trinidad, the ride there takes about 4 to 5 hours so wish me luck! I will probably sleep through most of it anyway so its all good.

People here smoke a lot! it just stood out to me. I wonder what the rate of lung cancer is.

After I was done with immigration at the airport I had to be scanned for security before leaving the area. The girl who was doing the scanning had on this small tight shiny jacket, really short tight skirt with fishnet stockings and high heels. She looked like she was going to a halloween party with props or something. I actually noticed several girls who work at the airport wearing somewhat the same outfit just with different tops.

It feels so odd not having access to the internet. You can buy a card that gives you access to the internet though but unfortunately wifi signal is not present everywhere, you have to be at certain hot spots to be able to connect. I just bought a card today but will try it tomorrow when I am at a hot spot to see how it goes.

There are so many tourists here in Havana, ignore the blogs that tell you to go to Cuba now before it gets overrun by tourists. It already is very touristic.