Today was a super long and tiring day but it was worth it! I went to Tikal which is one of the major sites of the Mayan civilization. According to some sources the Mayans settled in Tikal around 900 BC and most of the temples were constructed around the 8th century AD. Eventually the monuments and temples were abandoned and there is no exact reason as to why that was although there is speculation that wars and famine might have caused it.

To get to Tikal you have to pass through Flores which is the capital city of the department of Peten in Guatemala. Traveling from Antigua to Flores takes about 8 hours on the bus as opposed driving to the capital and taking a 45 minute flight. There is no guessing which option I took! I left Antigua very early in the morning and there was no traffic whatsoever so the ride to the airport was pretty fast.

From Flores I had to take a bus to get to Tikal and the ride was about an hour and a half, I slept through most of it anyway since I had woken up so early without having had much sleep. When I finally got to Tikal I realized it was going to be a long day because of the intensity of the sun and as the day progressed, it got so hot I just wanted to dip myself in cold water. We ended up walking a lot within the tour group I was in because there was a lot of ground to cover and many steps to be climbed at the ruins. I could literally feel those calories just sizzling away! 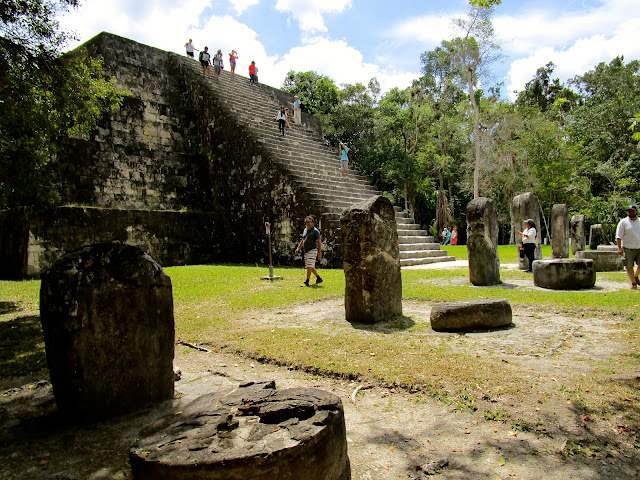 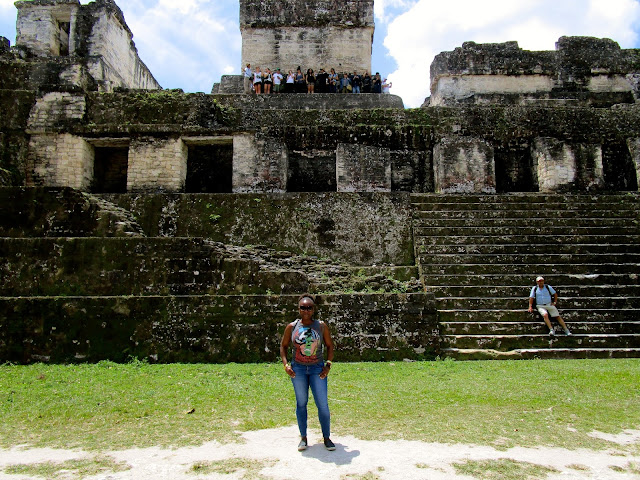 When you try so hard to smile but the hot scorching sun just won't let you be great so your smile ends up looking like a grimace up close. Gotta love that zoom button. 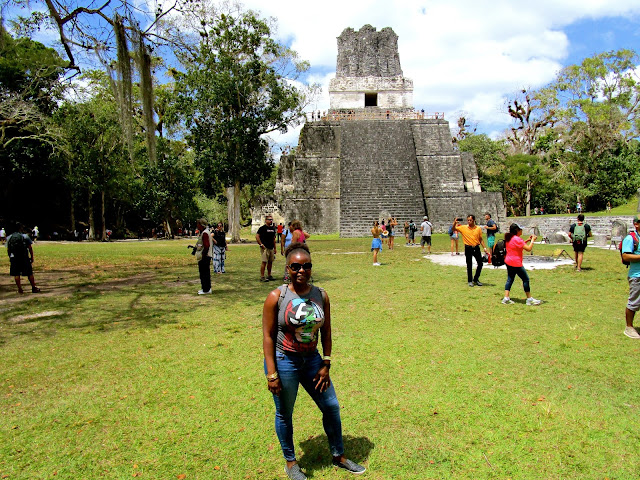 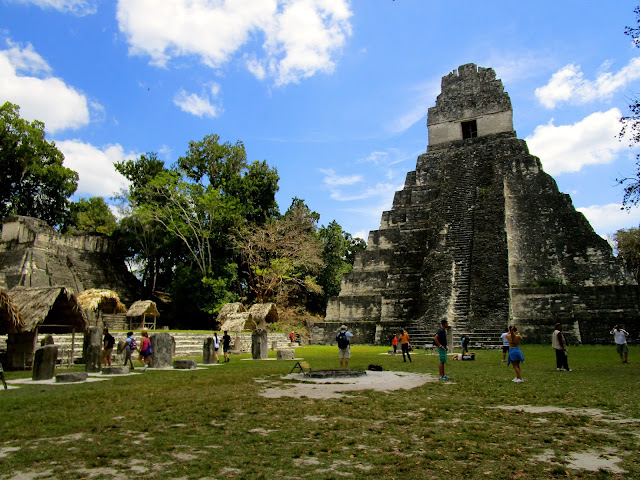 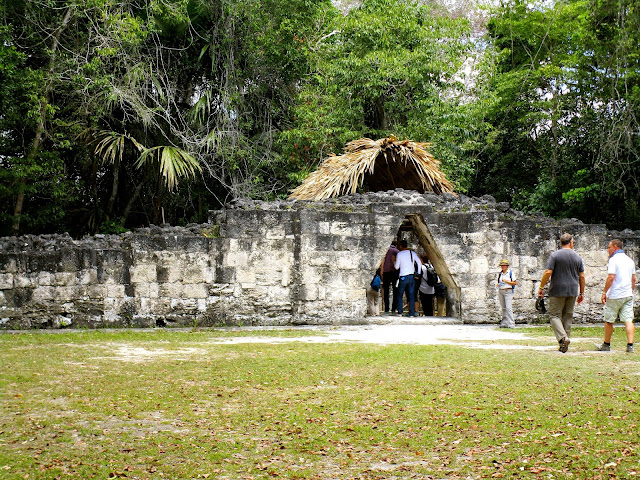 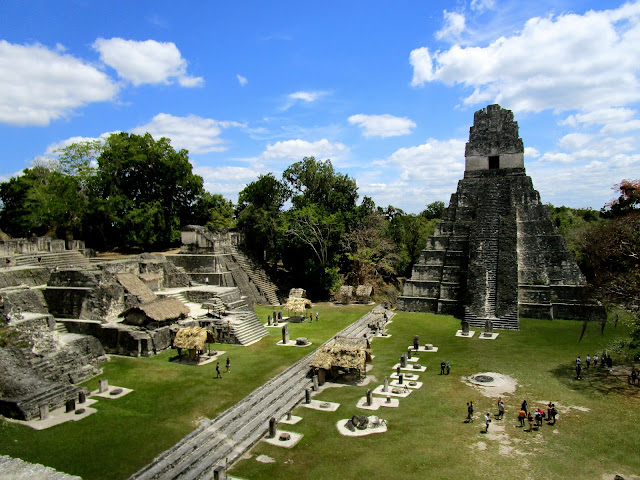 Beautiful view right? trust me! to get to it was not a joke, had to climb a lot of stairs to get to enjoy this view. It was worth it at least. 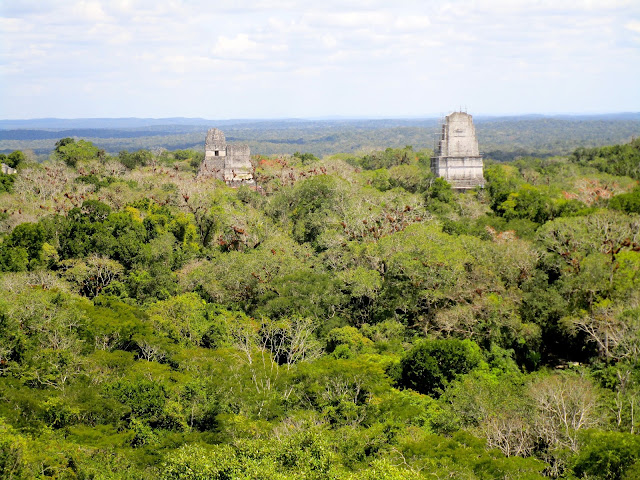 After we left Tikal our tour guide took us back to Flores and since we had some time to spare, he decided to show us a bit of the city before heading back to Antigua. I was so tired, sweaty, dusty and thoroughly sunburnt but I soldered on and wandered around the city for like an hour or so before heading to the airport. 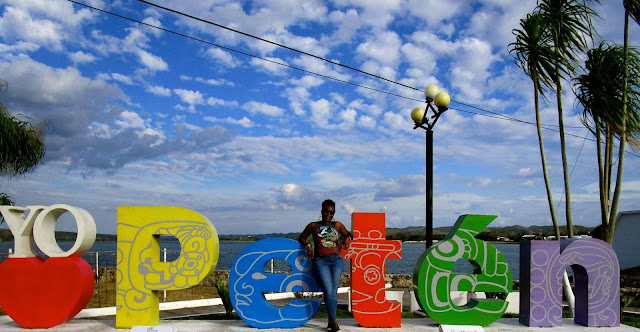 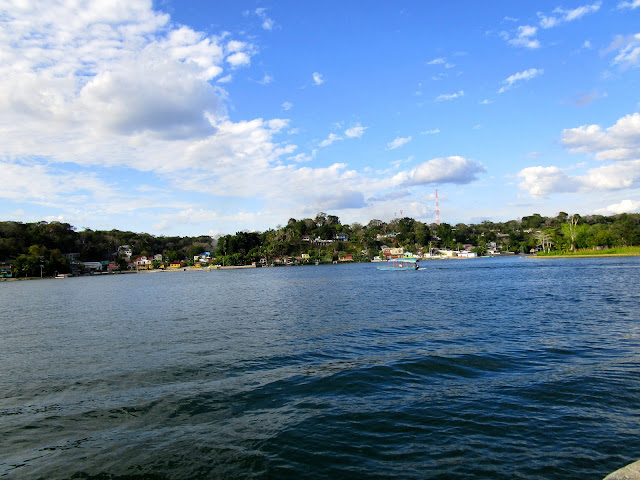 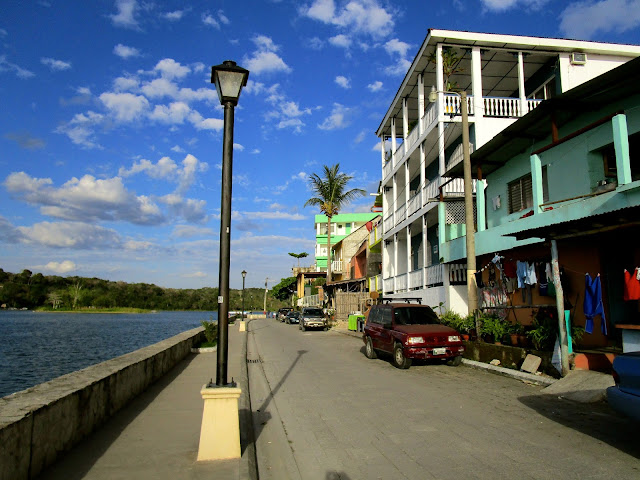 That's it folks, it was once again a very long and tiring day but I did enjoy myself. I have been on the go since I landed in Guatemala and I hope I don't get burnt out soon. Tomorrow is also another full day of adventure but a bit more relaxed so I will see how that goes. Tune in for an update.

When I was at the airport waiting for my flight back to Guatemala city from Flores, I couldn't help but notice how everyone else around me still looked so fresh despite having spent the whole day touring Tikal.  What is the secret people?! I personally just felt to dirty and in need of a shower so maybe I was just a bit more conscious.

While waiting for our flight to Flores I noticed people kept standing up and position themselves near the entry gate to the plane and I was at first baffled. I mean we will all get a seat on the plane why the desperate rush? turns out the planes to and from Flores are really tiny and there are no designated seats, you seat wherever you can. You should have seen folks bum rushing the gate attendant just so they could get through and grab the best seats, it was kind of funny.

I have to say Guatemalans are really friendly! at least the ones I have encountered so far. Whether its stopping to ask someone for directions or to take your photos, they just seem really nice and warm.

At this point I think a good chunk of Venezuelans occupy every Latin American country because of the sad state of affairs in their country. I never fail to meet a bunch of them during my travels and the story is always the same, they are escaping the hardships in Venezuela. Met some today who told me they live in Guatemala and there is a good number of Venezuelans who actually moved here to escape the craziness in Venezuela. A lot of the ones I have met are very well educated.

Speaking of Venezuela, a lot of them are also moving to the Dominican Republic. It was on the news a lot when I was there and you should have observed some of the sensationalism that was going on, too hilarious! Dominican women complaining about how the Venezuelan women are coming to seduce and steal their men while Dominican men getting a kick out of it saying that they can't wait to welcome the beautiful Venezuelan women. Too funny!!
- March 18, 2017

Email ThisBlogThis!Share to TwitterShare to FacebookShare to Pinterest
Labels: Guatemala