Today I decided to explore Hollywood using the very convenient hop on hop off tour bus which was making a full circuit around Hollywood with various stops along the way. I swear things are so dead here, I ended up being the only person on the bus which was fine by me. I even developed a rapport with the bus driver......more on her later.

I got the opportunity to learn some interesting stories about the various sites in Hollywood as I listened to the narration in the bus. Hollywood is not really my kind of vibe but I am still glad that I got the chance to visit and I think a day was more than enough for me. Here are some of the photos I took along the way.....

Hollywood Boulevard - where you can find various landmarks and Hollywood attractions, see how empty it is? on a normal day it would be jam packed with people. 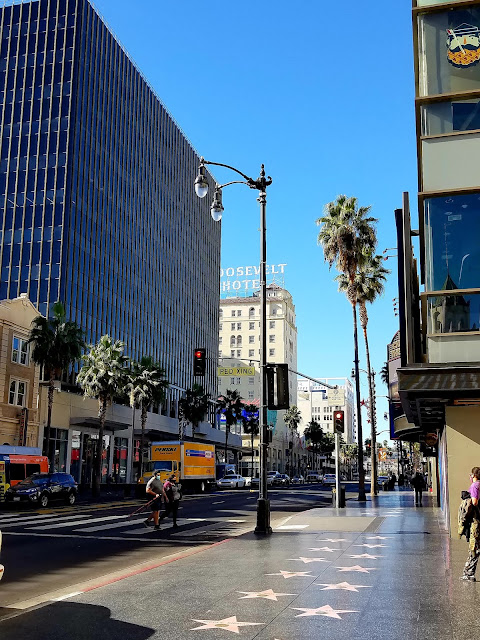 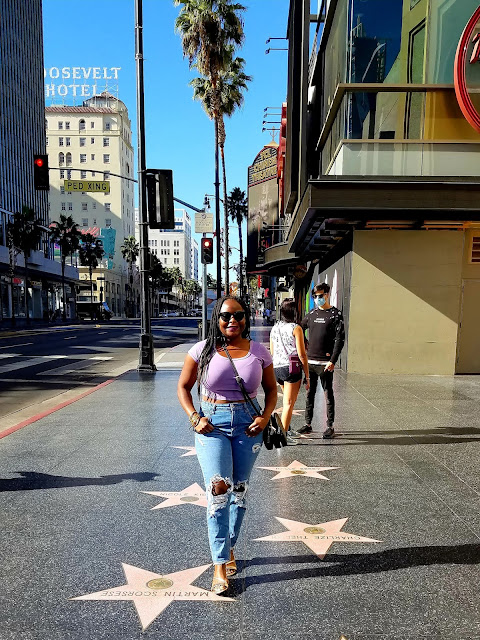 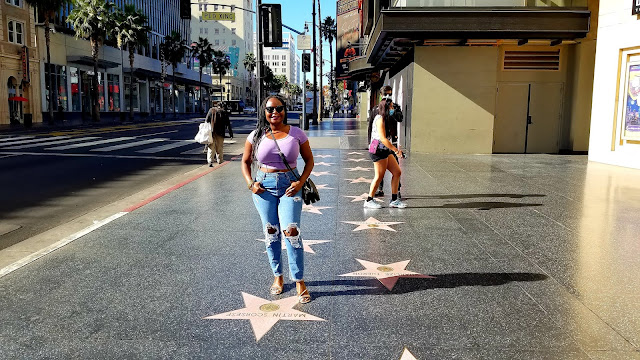 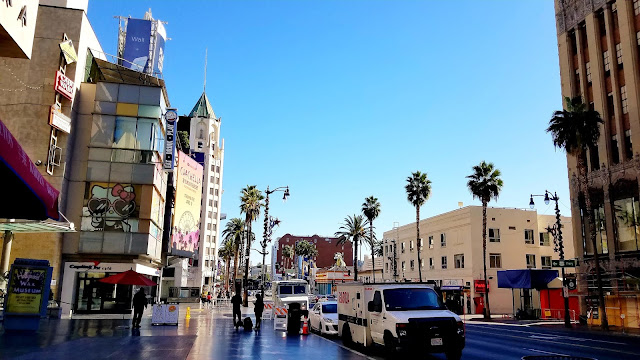 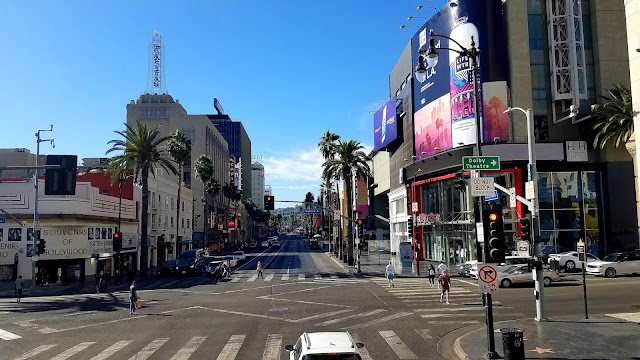 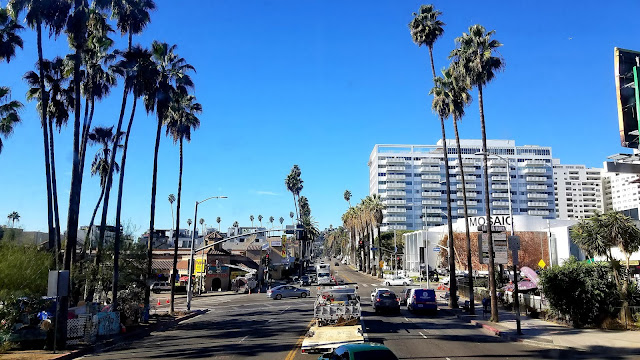 The Laugh Factory - Many seasoned and upcoming comedians have and continue to perform here. 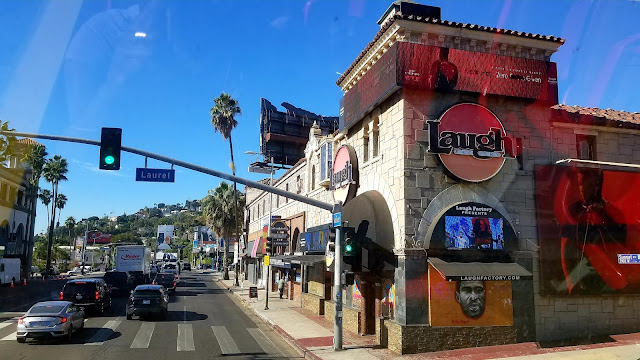 Beverly Hills - Home to many Hollywood stars and upscale shopping. 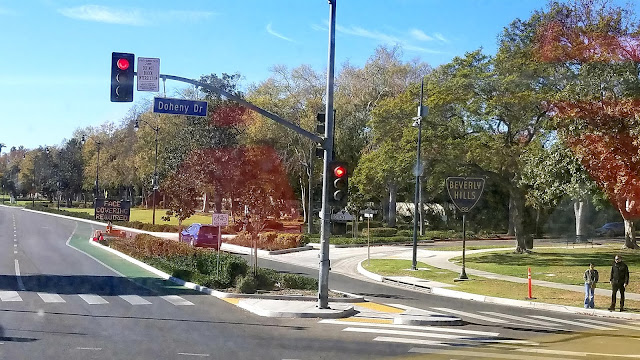 The Original Farmer's Market - Opened in 1934 and is popular with the locals and tourists, it's worth your while to get inside and grab something to eat from one of the many food stalls around. 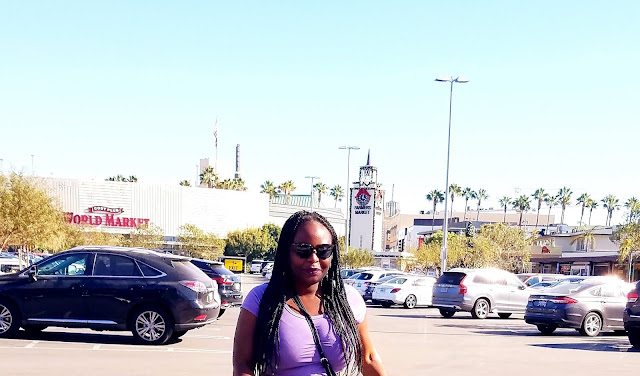 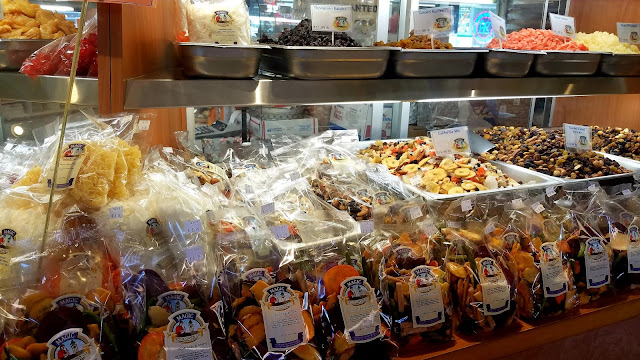 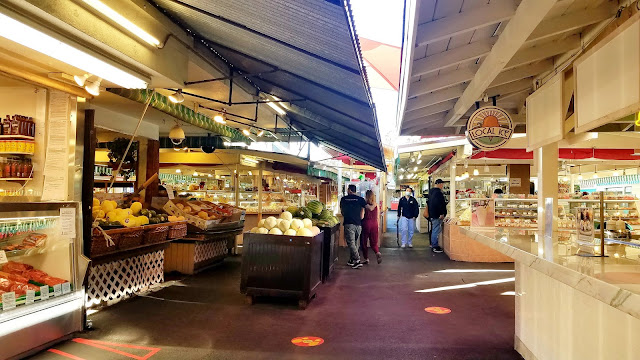 That's it folks! we passed through many other areas before finally getting back to the starting point at Hollywood boulevard. It was interesting learning the significance of certain sites in Hollywood and seeing places that I have only seen or heard off in movies or TV shows. Today was my last full day in LA thus ending my 3 week vacation from work, I have enjoyed myself thoroughly and now it's time to get back to reality until the next vacation.

There are plenty of sketchy characters along Hollywood Boulevard and I definitely wouldn't feel comfortable walking alone at night.

When on Hollywood Boulevard, avoid taking any music CD's that someone might shove in your face because they will expect you to pay them. That goes for photos too, you will see people dressed in costumes from various movies and they will approach you for a photo opportunity. You could chose to decline or accept but if you do accept be ready to give them something. At the end of the day people still need to earn a living.

Remember the bus driver from the hop on hop off bus? well, since I was the only one on the bus we started chatting and she was a very funny and interesting lady. She was telling me that she is in her 50's and she has a show that she wants to pitch to Hollywood execs about dating when older. She mentioned how older women age better than men so her advise to older women is to date younger men. If they date older men they will have to take on their health issues as many men her age don't fair too well since they didn't take better care of themselves when younger. She was hilarious.

At the end of the tour she gave me her business card with a very glamorized photo of her on it as I wished her well on her endeavors.