Today was a very good and productive day, we started out at Frenchmen Street in the Faubourg Marigny neighborhood of New Orleans. Frenchmen Street is popular with the locals and has very reasonably priced restaurants and bars with live music. If you don't want to deal with boisterous crowds then Frenchmen Street is the place to be for a more laid back feel. During the day it was practically empty but it was still cool walking along the street checking out some of the cute colorful buildings. 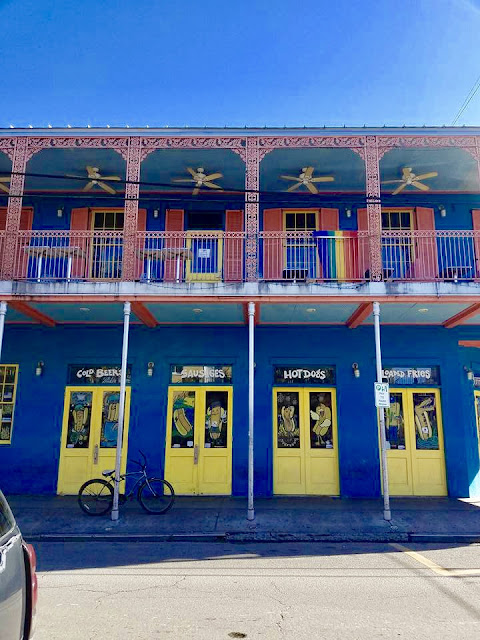 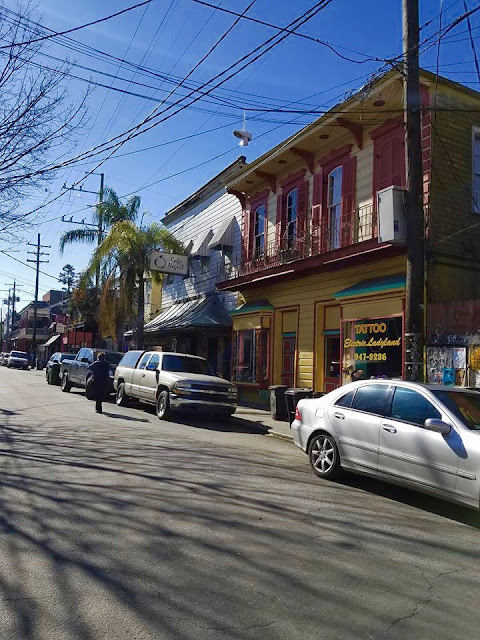 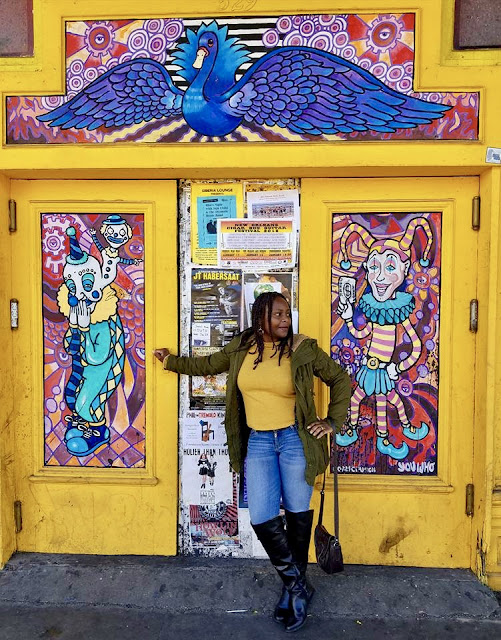 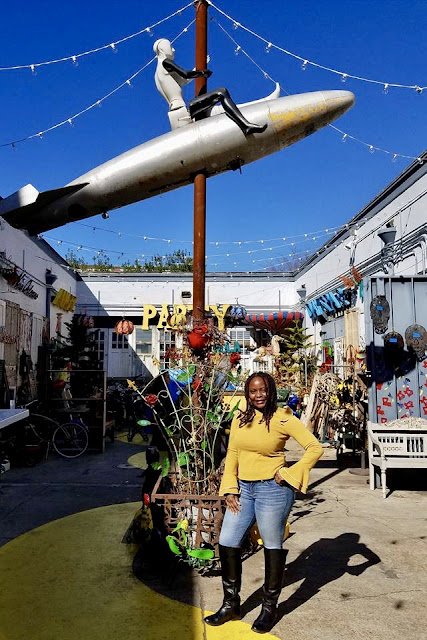 After strolling along Frenchmen Street we decided to check out the famous Cafe du Monde located in the French Quarters. Cafe du Monde is a very popular coffee shop in New Orleans that attracts a lot of tourists. You can not come to New Orleans and not check it out, it has various branches but we decided to go to the original coffee shop. As you can imagine, the line was very long but luckily it was moving very fast and we managed to get a table without having to wait too long. 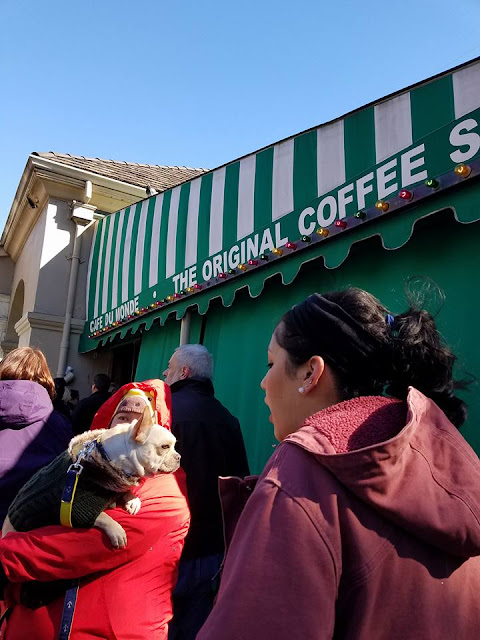 The menu was very basic with no frills and was plastered on the napkin holder. We ordered hot chocolate and beignet which is a square fried dough covered with powdered sugar, I thought the powdered sugar was an overkill and pretty messy but hey! it's all about new experiences right? 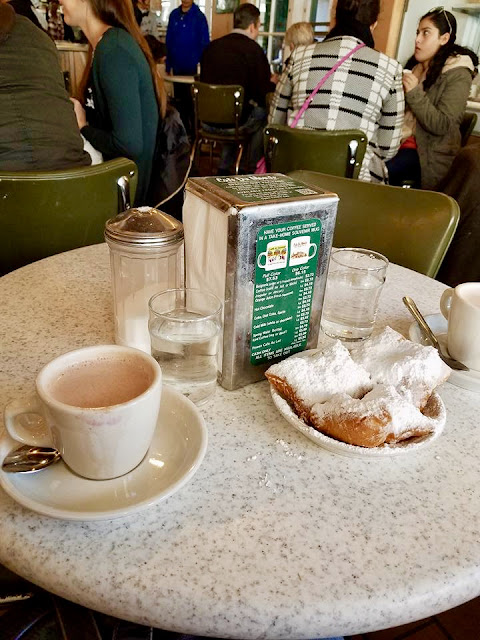 After enjoying the tasty treats at Cafe du Monde we decided to burn off the calories by walking around the various lively streets within the French Quarter. We came across street performances, cute hidden alleys and a bunch of cute little shops selling souvenirs. 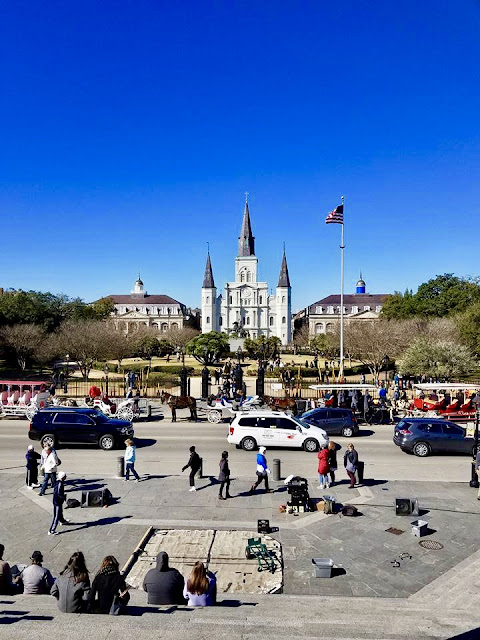 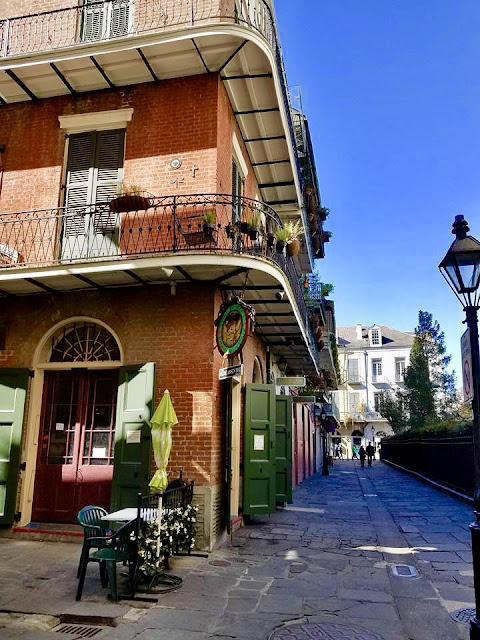 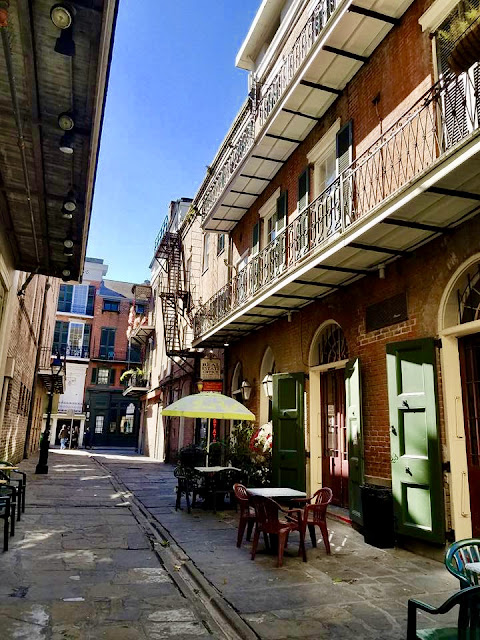 Our next stop was Canal Street which is the major starting point for every street that runs the length of the French Quarter and is very lively with lots of shops, hotels and restaurants. 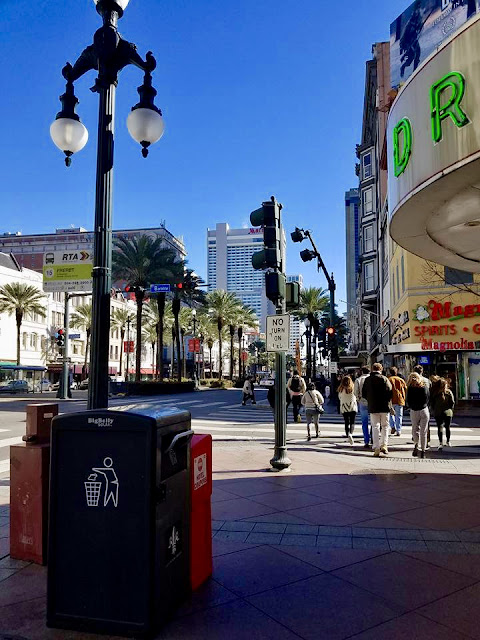 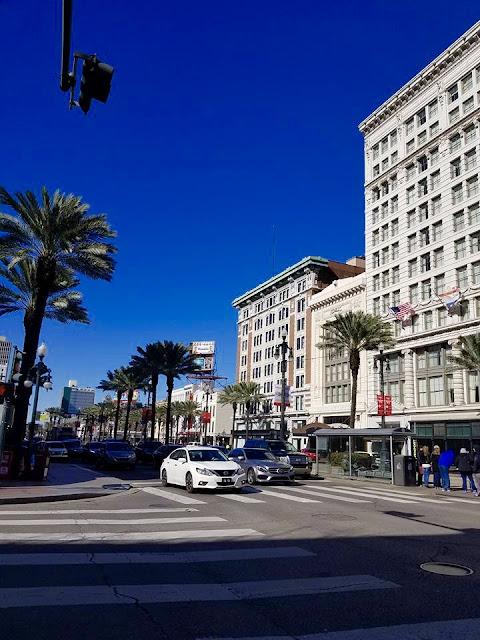 It had been several hours since we had started our site seeing and we were very hungry so we decided to grab dinner at another highly recommended restaurant serving local cuisine. We ended up at Felix's Restaurant and Oyster Bar in the French Quarter. We were expecting long lines but we were fortunate to get a table pretty fast and our order did not take long to arrive which made me happy as you can clearly see below because I was starving! 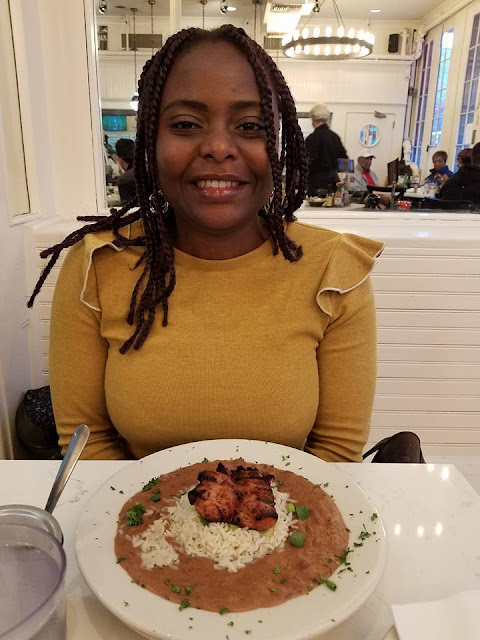 We were done with dinner at around 6 pm and by then the streets around the French Quarter especially Bourbon Street, were already full of revelers and noisy from all the different music playing at the various clubs and bars. 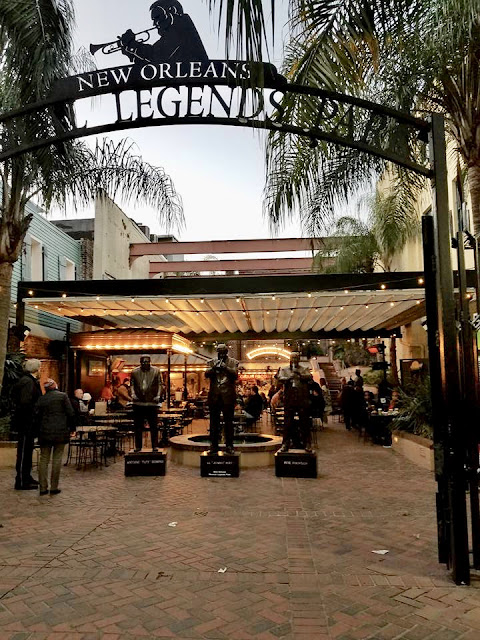 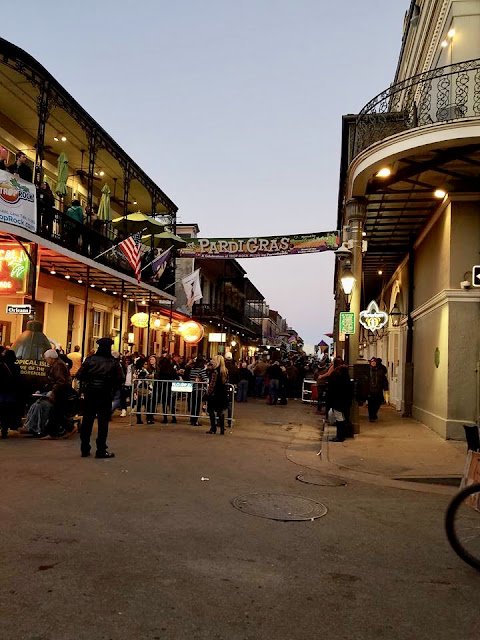 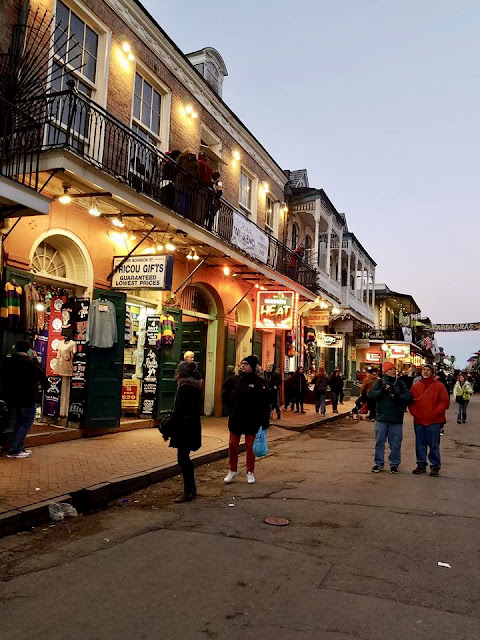 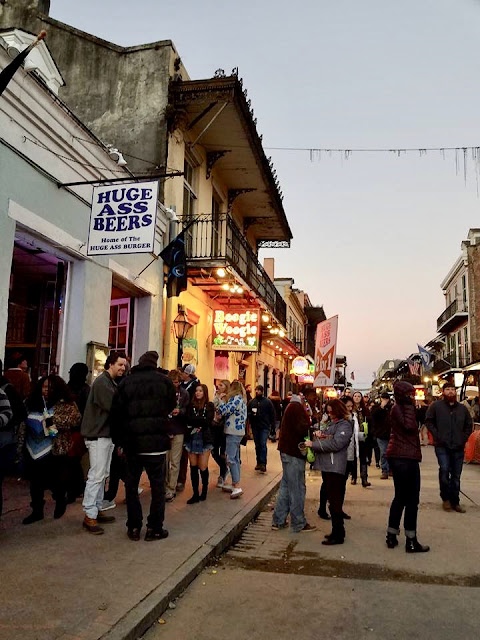 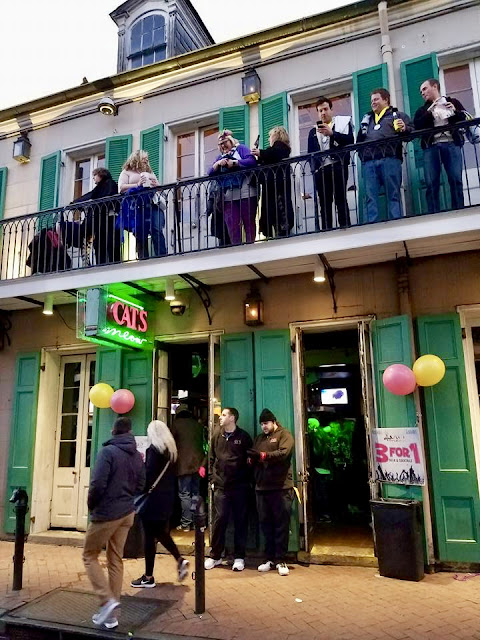 After strolling the length of Bourbon Street we decided to call it a night and head back to the hotel but before doing that, we had to make a quick stop at Frenchmen Street to see how the ambience was like at night as compared to during the day. It was certainly livelier with the sounds of smooth jazz being played by live bands in some of the bars and restaurants. It definitely was more chill than Bourbon Street which in itself isn't a bad thing depending on what you are looking for. 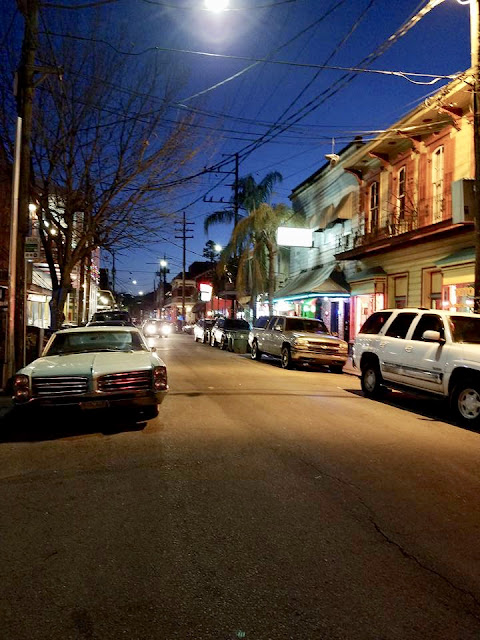 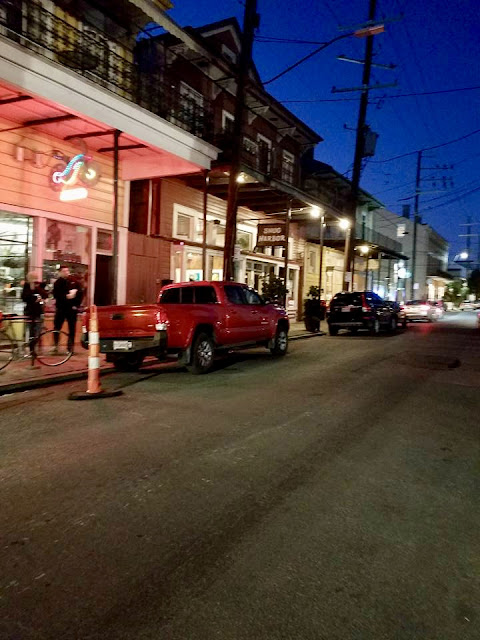 That's it people! it was a very long day full of fun and and excitement. I am glad we were able to walk from one tourist site to another as they were very close to each other, lots of calories were burned and more will be burned tomorrow as we plan yet another full day jam packed with adventures so watch out for another update.